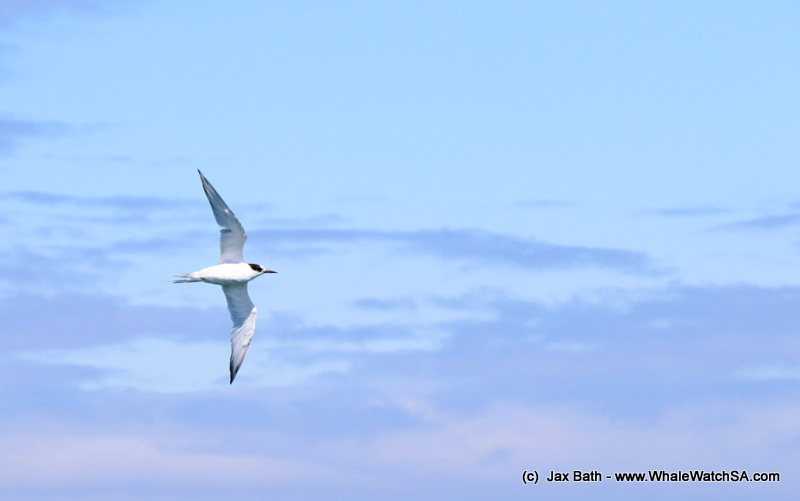 It was a warm, windy day on the ocean and we were treated to some incredible sightings after a few days off sea. The first tour of the day met at the Great White House at 8:15 and after enjoying some coffee and tea, head down to Kleinbaai Harbour eager to hit the water. When we did, we spotted Southern Right Whales within minutes, with 2 cow, calf pairs hanging out just behind Black Sophie, the rock that marks the harbour.

These Southern Rights were having some fun playing close to the kelp and we got a close approach from a curious little calf before heading on further into the bay to catch up with some more whales. whilst watching our next group, we were treated to the sight of 3 Indian Ocean Humpback Dolphins. We don’t always get to see these shy toothed whales, so we were thrilled to catch sight of them! we got to watch them ride the swell whilst the whales played on the other side of the boat, which made for a special sight.

Our next whale sighting was of a playful mother and calf relaxing on the other side of The Clyde Reef System. When we approached, we got a breach from baby, who then proceeded to flipper slap like there was no tomorrow, rolling around and showing off his beautiful white patterned belly. Mom even joined in on the fun for a while, rolling over and showing off her eye. We then got to enjoy some time over at our seal colony, where the seals were being their clumsy, sassy selves.

The second tour launched around brunch time and saw us finding 3 groups of Southern Right Whales just outside the harbour. 2 of the pairs were moms and babies, which is consistent with what we’ve been seeing. The other pair was however, a mating pair. We have seen very few mating groups this season, so it was great to get to spend a moment observing as these animals practiced some typical mating behaviour. we got to see some tail come up and we even had some spy hopping going on which was really an awesome start to the tour.

We had another group of Right Whales in front of Dyer Island. This time a mom and baby slowly cruising along. The baby took time out of his day to come in for a good look at the boat, whilst mom waited patiently in the background. Once we’d checked this lovely group out, we head on into the world-famous waters. Here 60 000 Cape Fur Seals lay in wait for a little attention form their favourite whale watching boat. our last sighting of the day was of an African Penguin sitting just below the waterline on dyer Island. 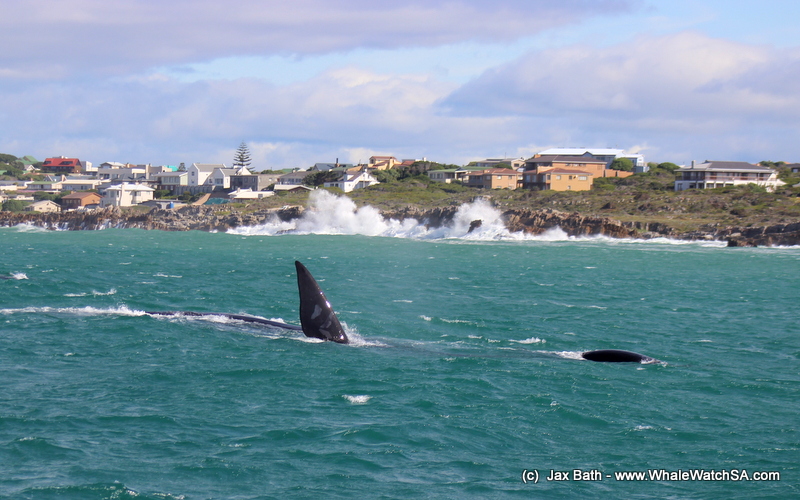 A mom and a baby whale fooling around and putting their tails up. 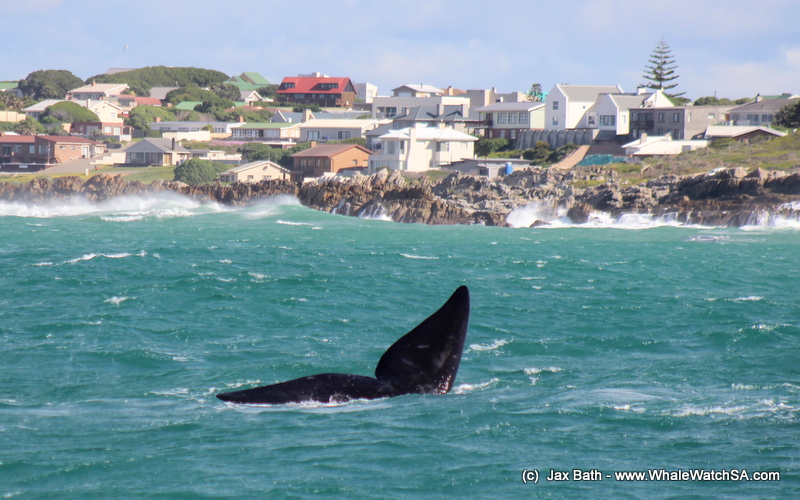 A tail against the town. 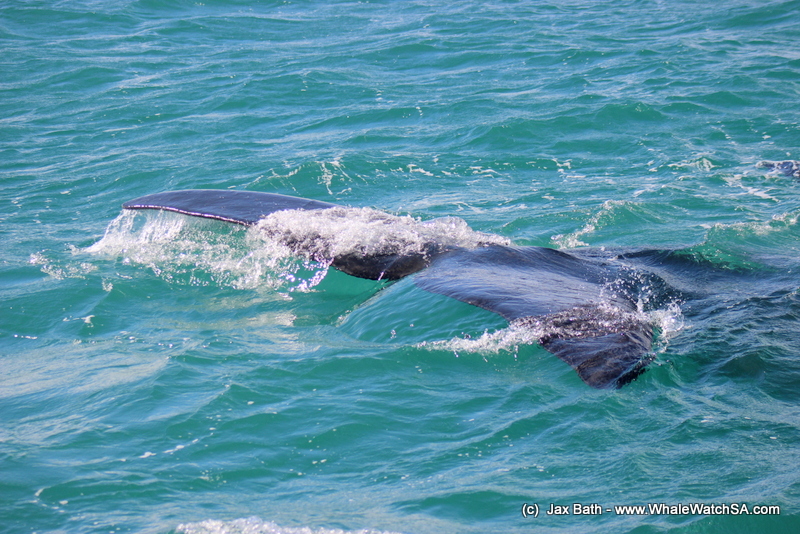 Some fantastic tail action from a single adult whale. There are very few things that are prettier than water off the tail of a whale. 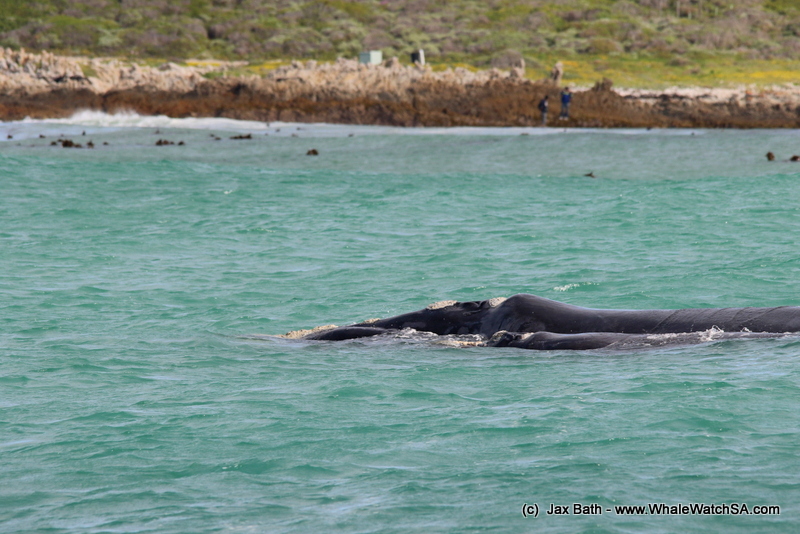 Mom and baby with land and some humans in the background. 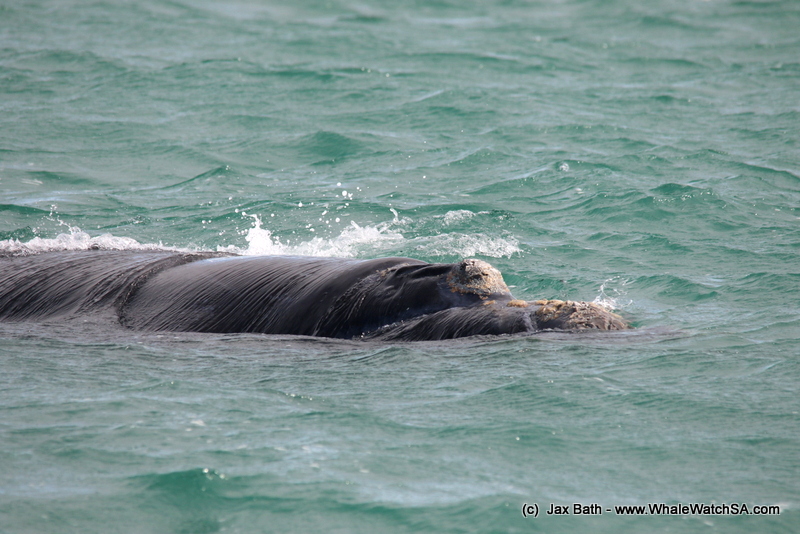 A little calf decies that we are of interest. 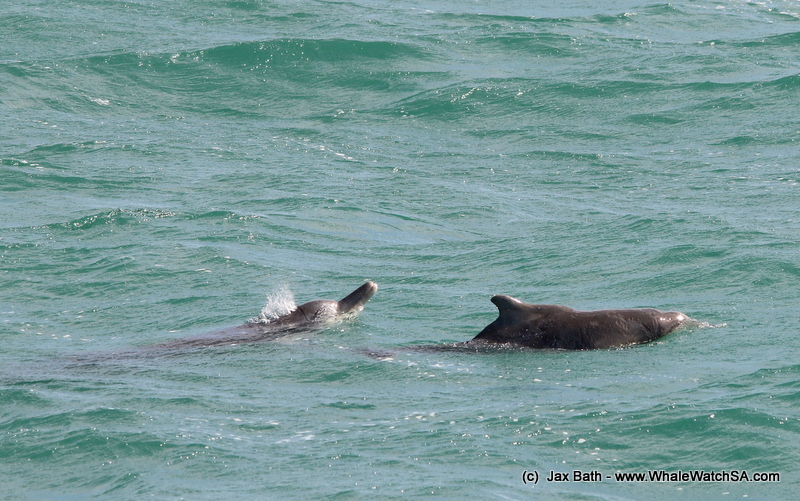 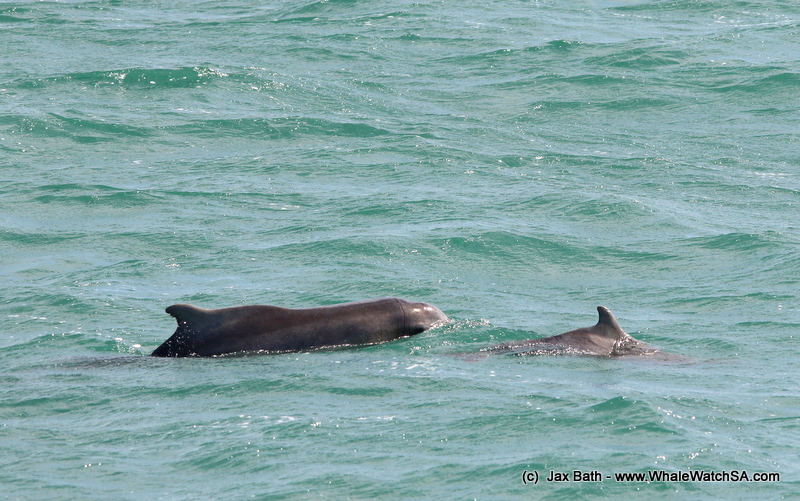 It’s always awesome to get a visit from South Africa’s rarest coastal cetacean. 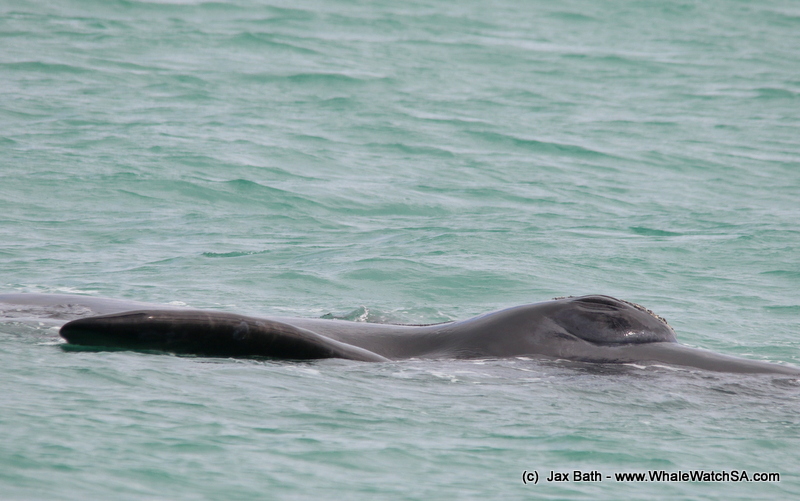 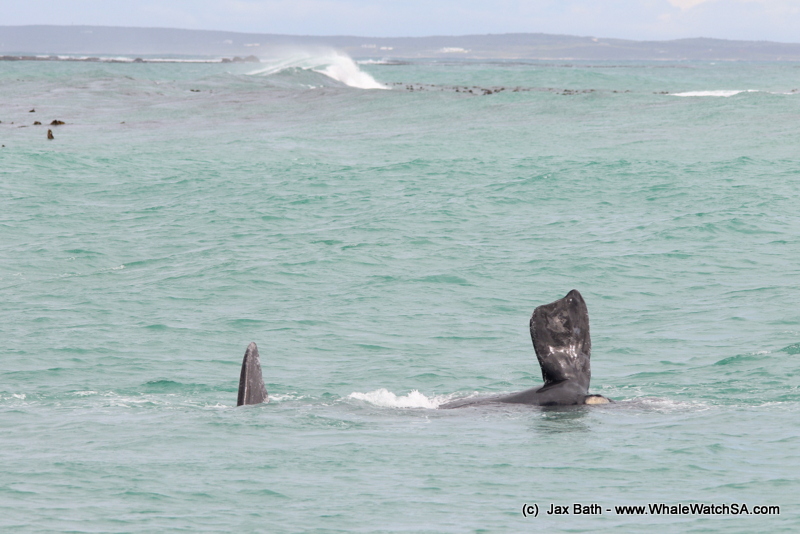 A playful baby next to The Clyde reef system. 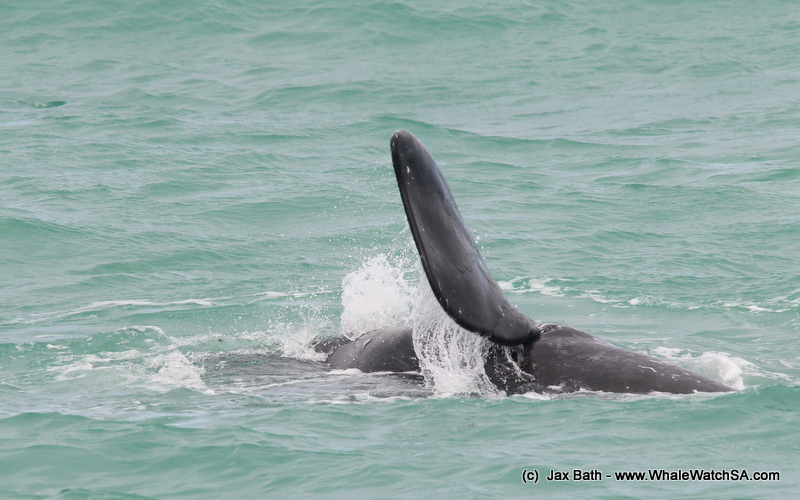 Baby kept flipper slapping all throughout the sighting. 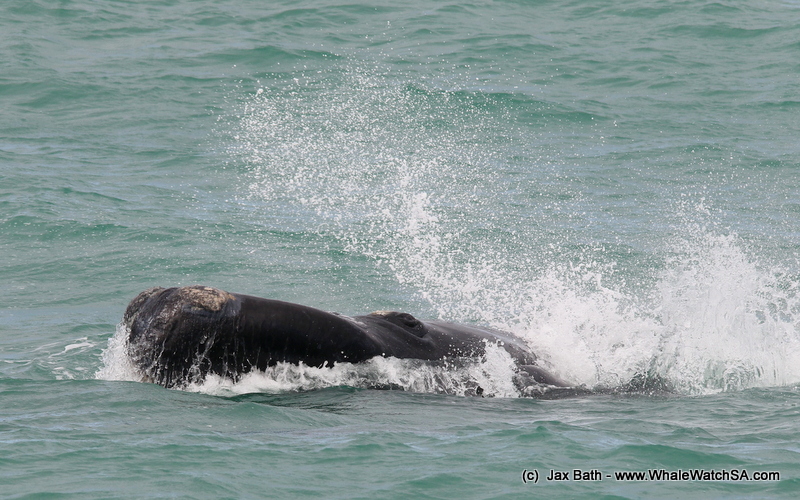 Baby’s eye and some dramatic water movement after this calf brought his flipper down. 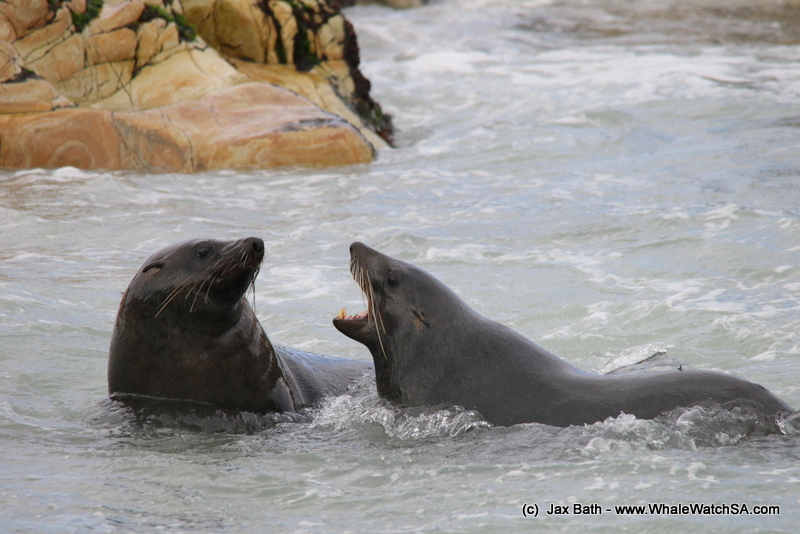 Seals having some words. 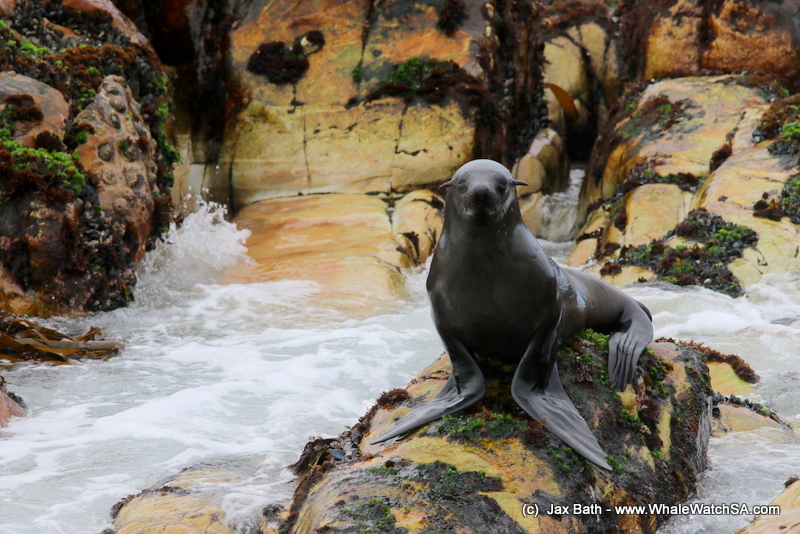 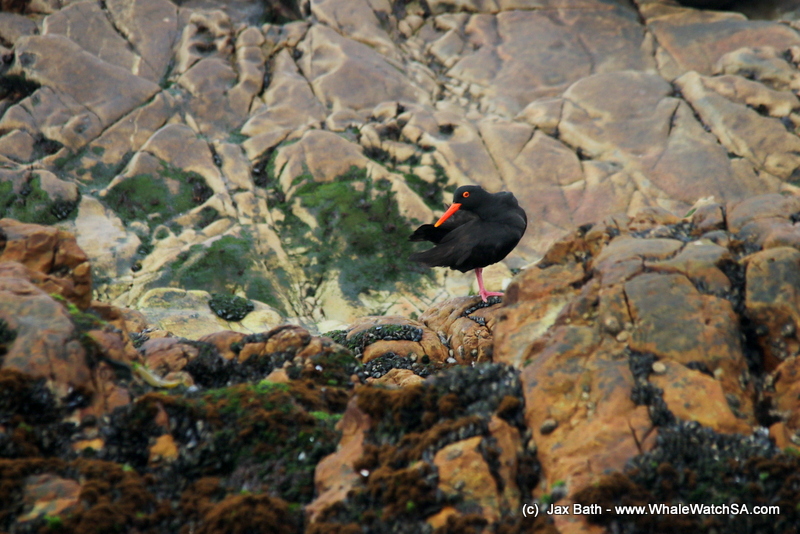 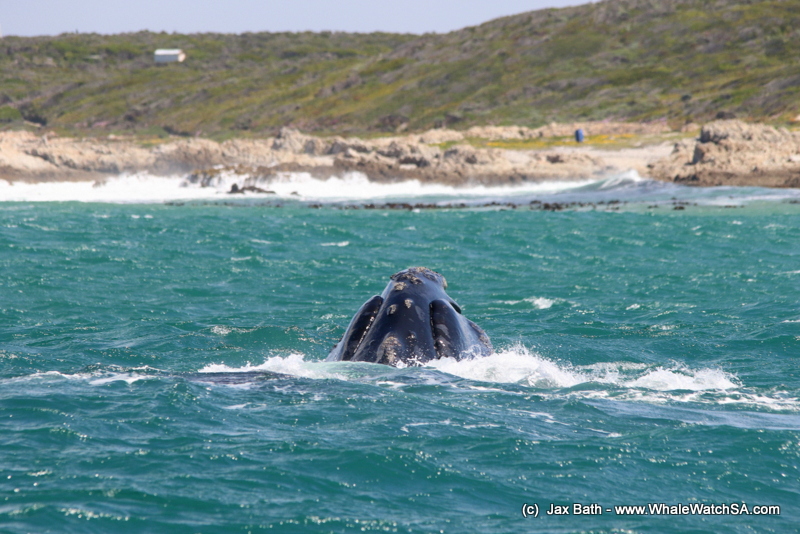 A single adult whale sticking its head out the water. 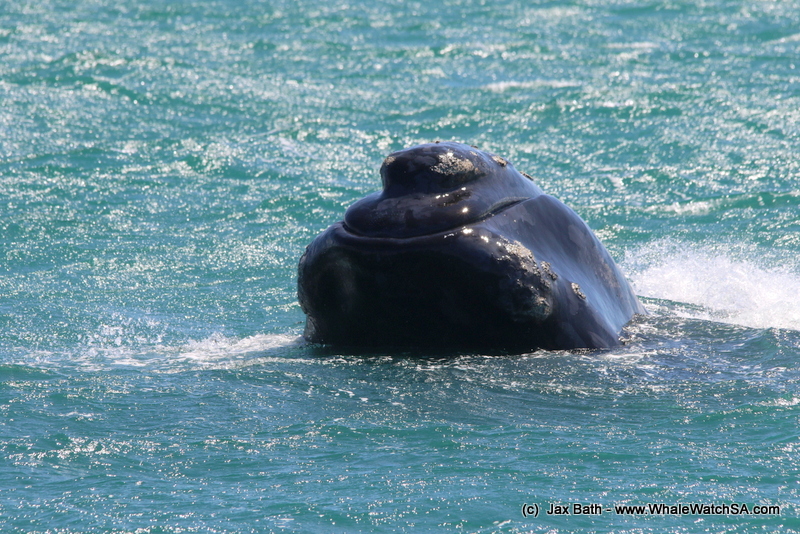 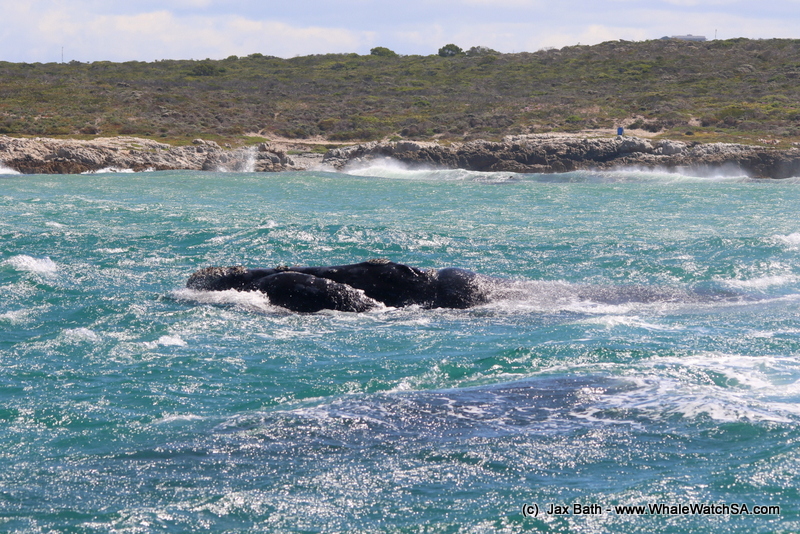 We found most of our whales just off of the coast today. 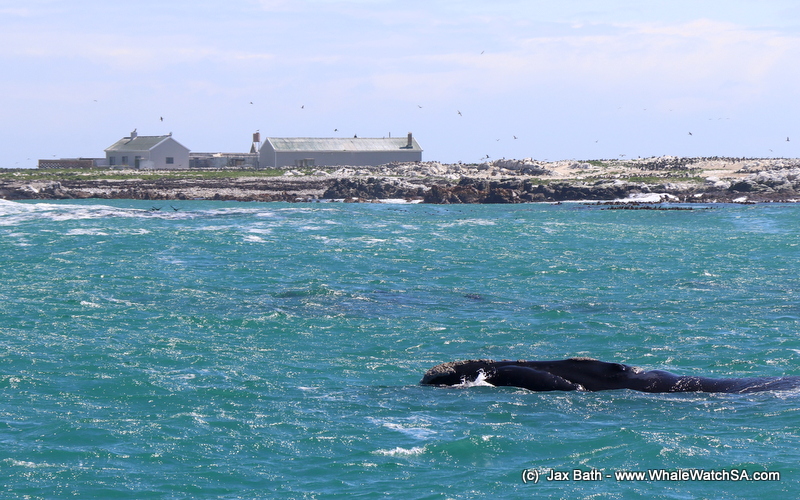 A cow travelling in front of Dyer Island. 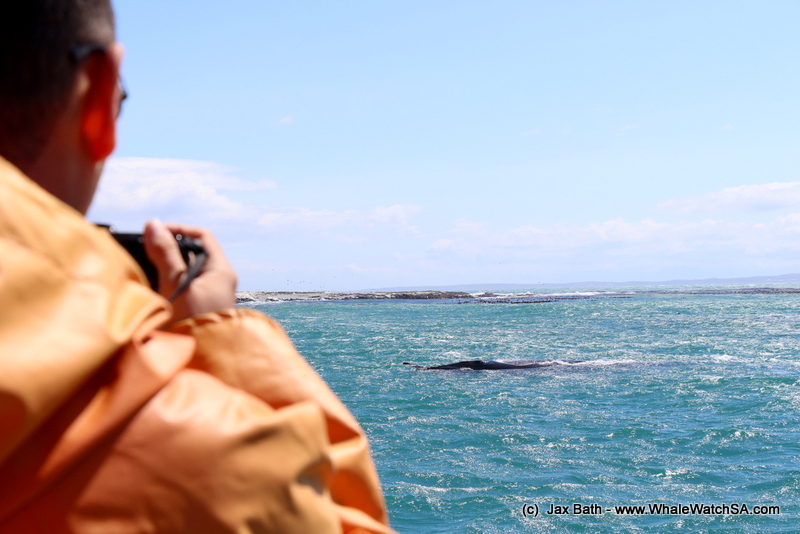 A tern makes its way home. 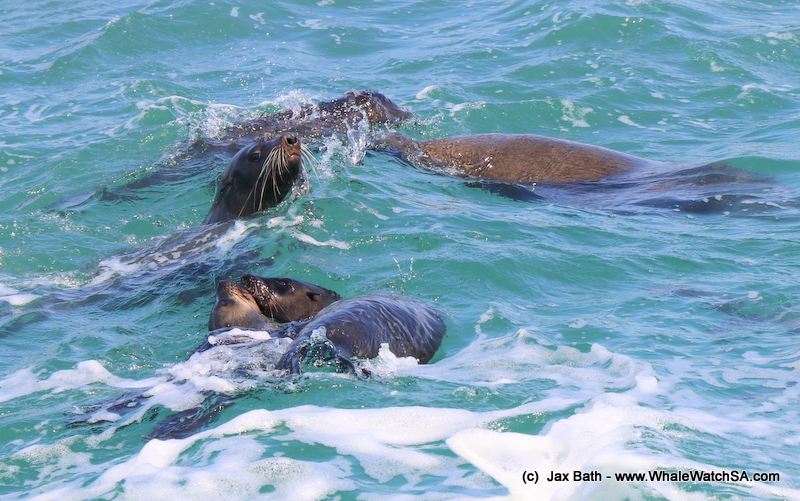 Tomfoolery over at Geyser Rock. 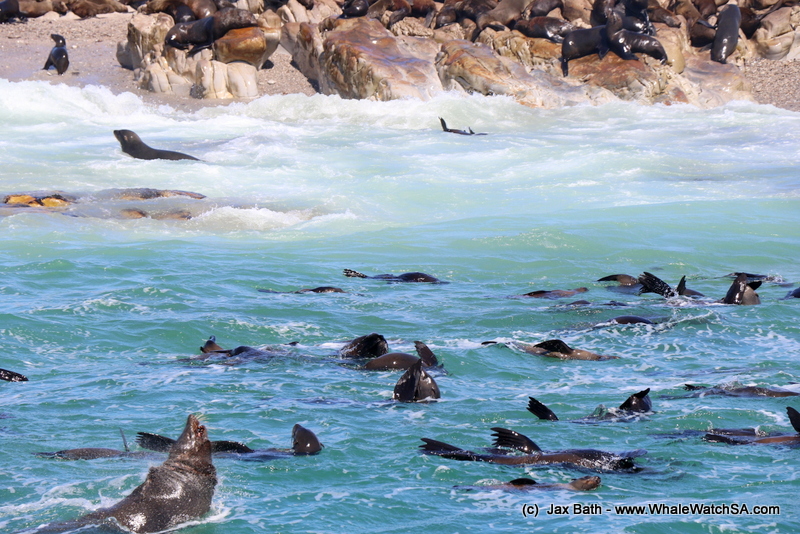 We had lots of seals in the water today. 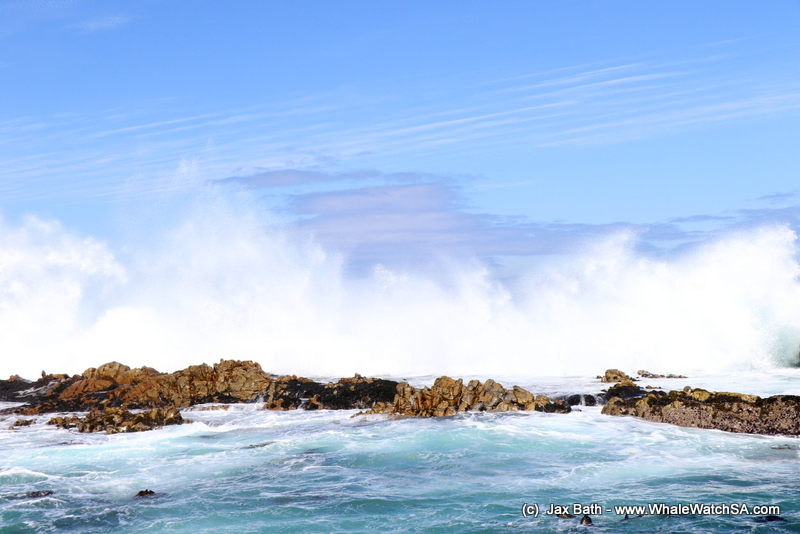 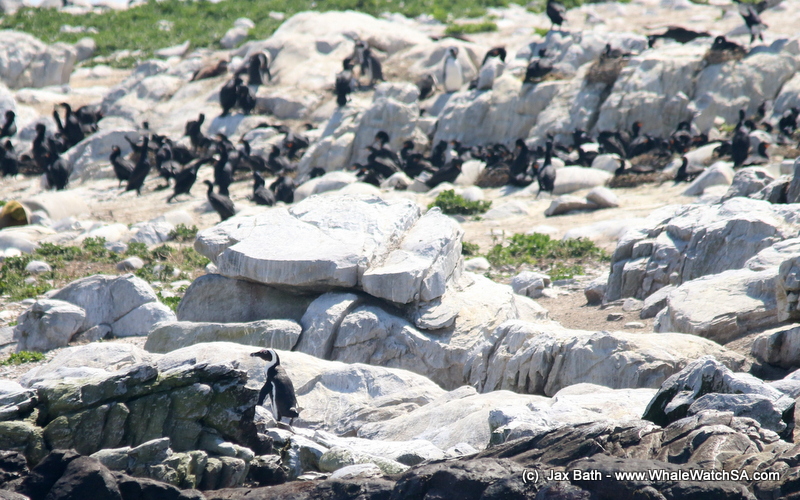 Dyer Island and the African Penguins which call this stretch of land home.