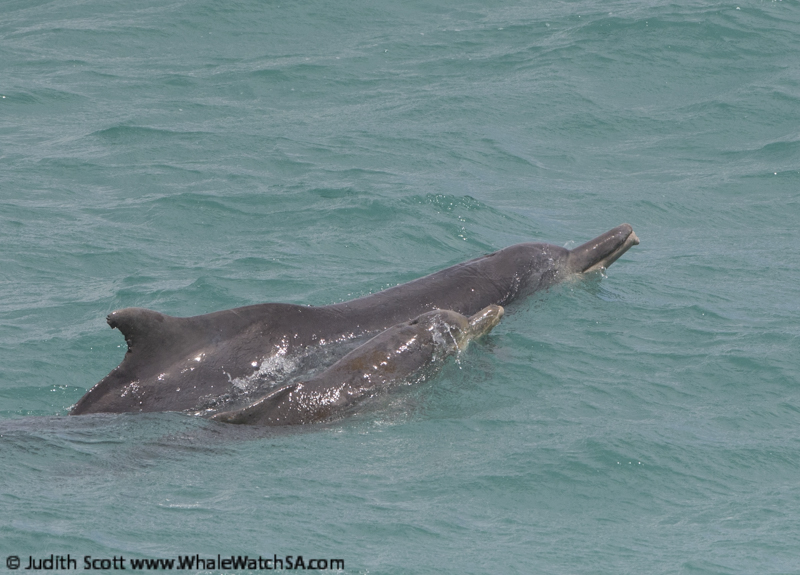 In a bit of west wind we headed out to sea for two tours today.

On trip one we found a number of whales close to Kleinbaai in the bay known as Uilenkraalsmond. We spent time with three different mother and calf pairs of southern right whales on the first tour in this bay, but one pair was our special mother. This mother whale appears to have adopted a lone calf that lost its mother in our area we think five days ago. We are so happy to still see these three whales together, presumably the same mother as this lone calf has been with for the last four days, however it is hard to confirm this from the boat. The ‘lost’ calf still appears to be healthy and does not appear smaller than the other calf it is with. It was really great to see them again, three whales rolling around together.

On trip two we had southern right whales again in Uilenkraalsmond, however they were taking long dives and we think the mother with the two calves were in very shallow where we were unable to take the boat closer. We were lucky though and found more southern right whales near the islands. At first they were really difficult to follow but after a while the calf started to get playful, doing some small and then big breaches out of the waves. It was really awesome to see this frisky youngster so active.

On both tours we had great looks at a group of Indian Ocean humpback dolphins that were travelling in the shallows. There is a young calf that we keep seeing when we see these dolphins and considering how low their numbers are, it is great to see this young one regularly.

Both tours also got to see a large number of African penguins on Dyer Island as there is a big group of penguins moulting. We also got to see the cape fur seals, ever present on geyser rock with some nice waves breaking behind them. 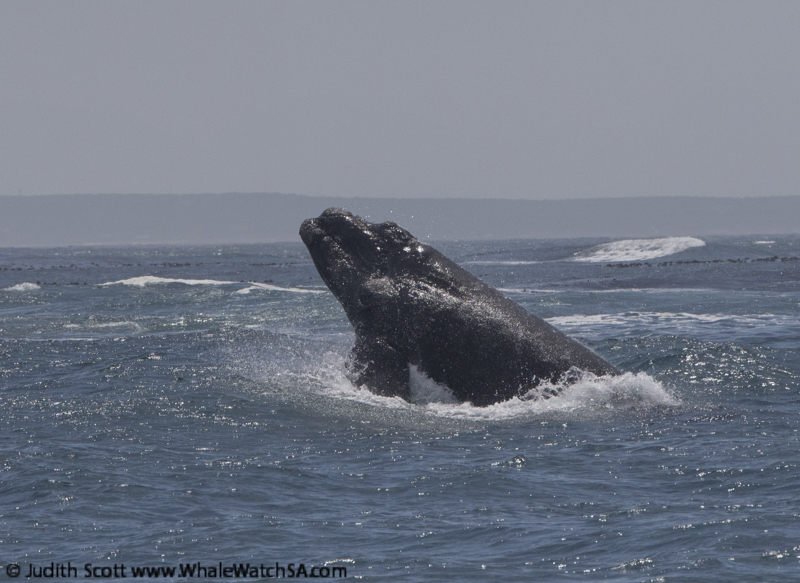 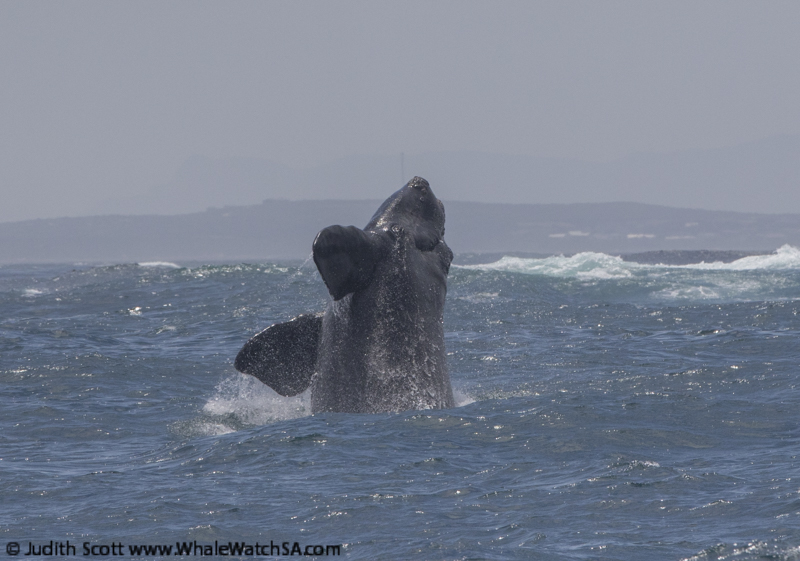 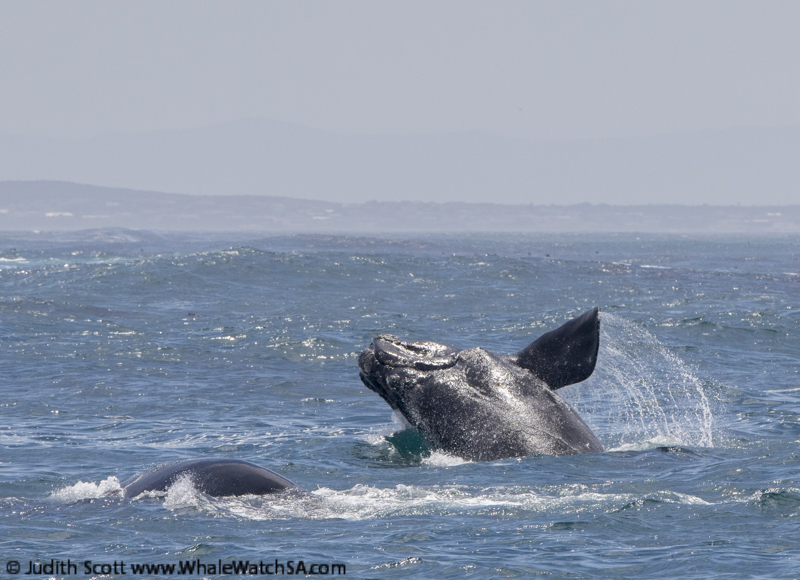 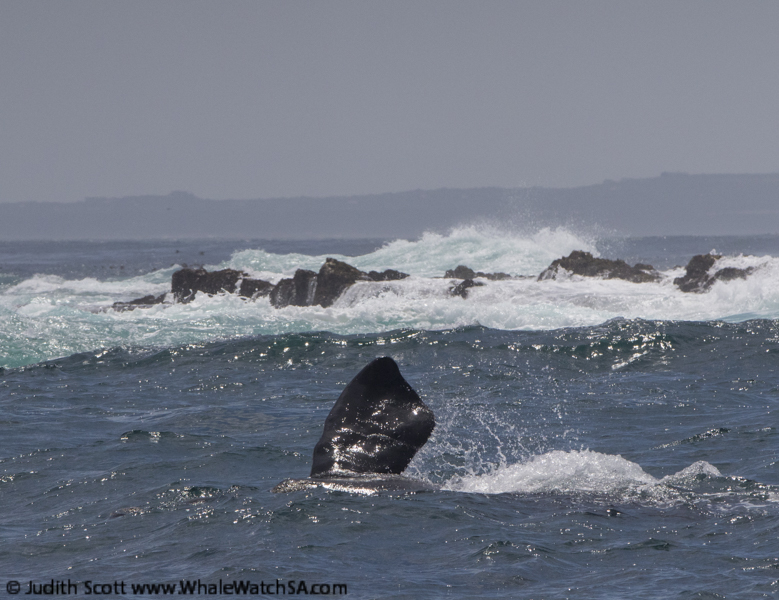 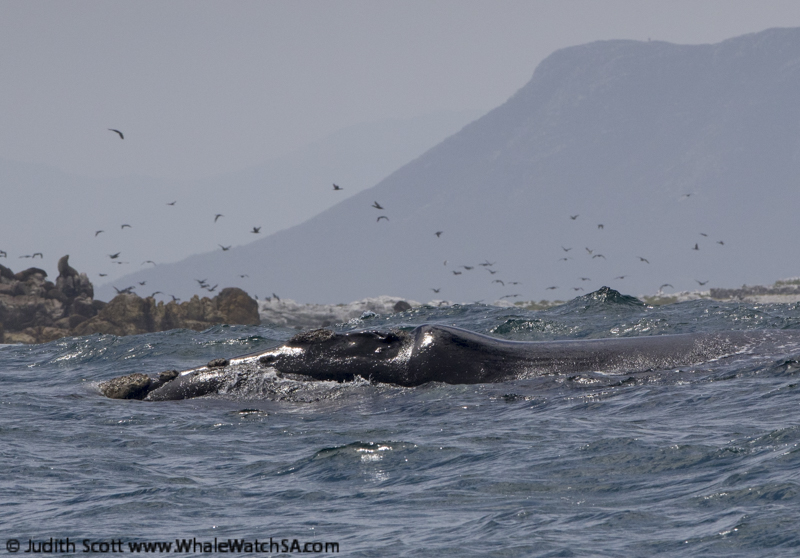 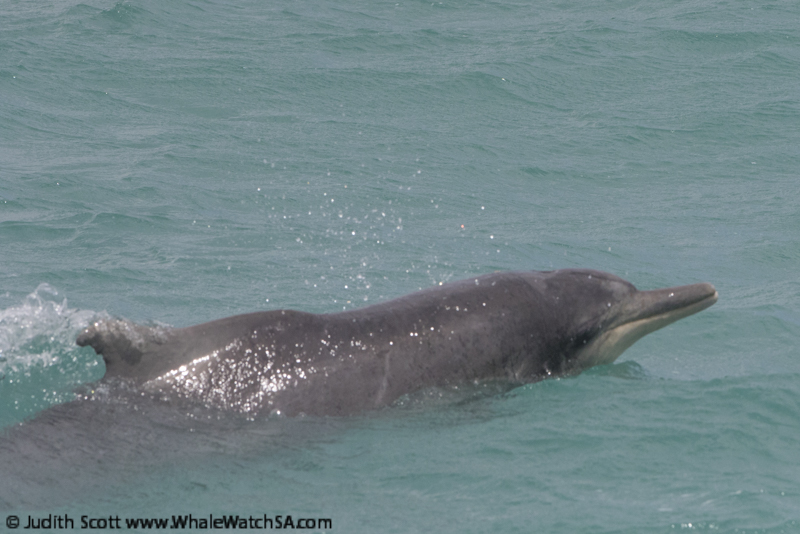 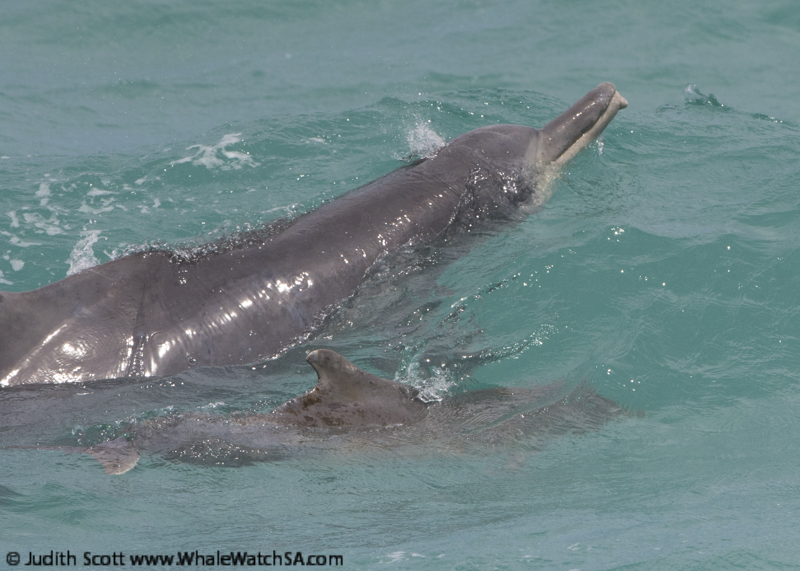 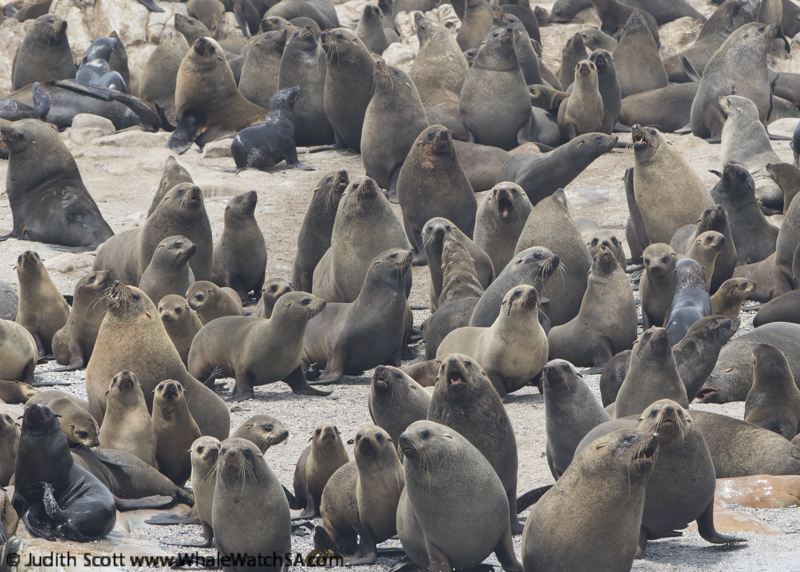 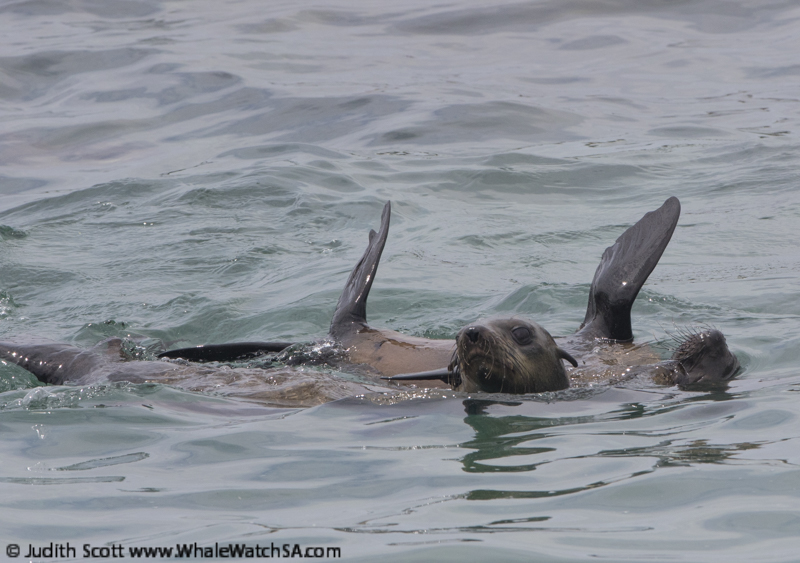 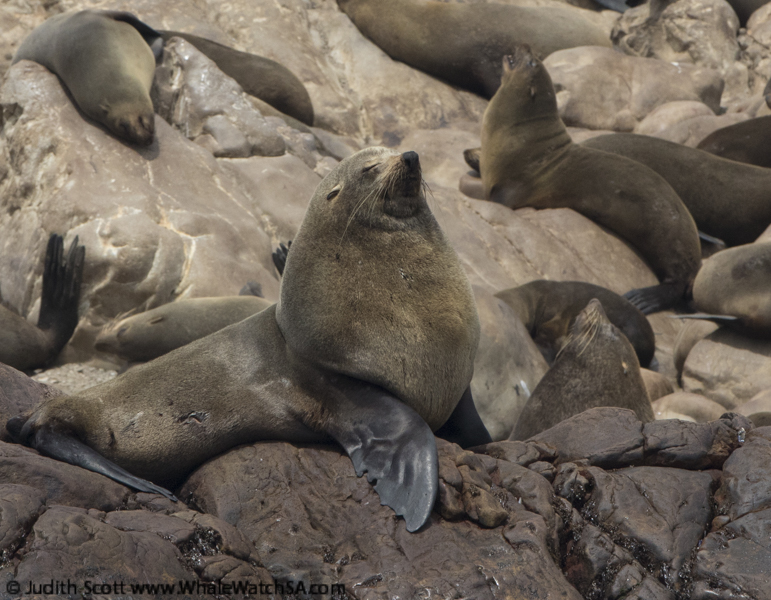 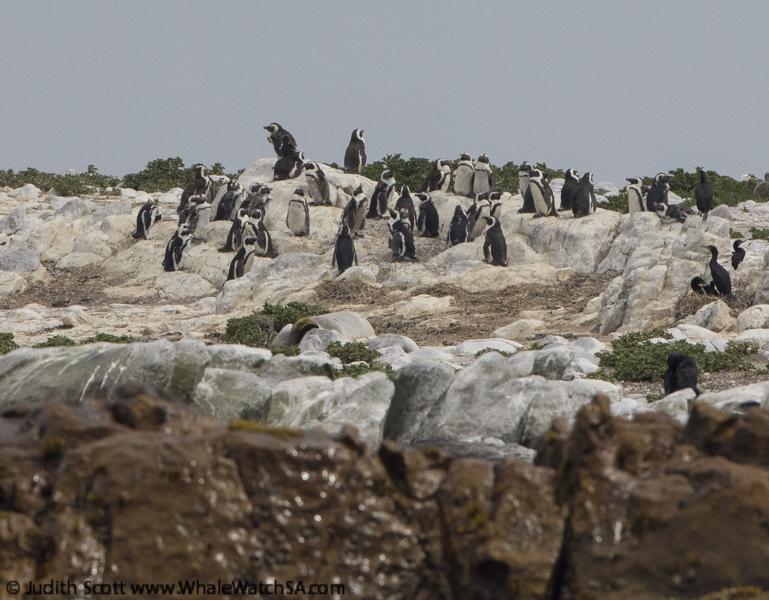 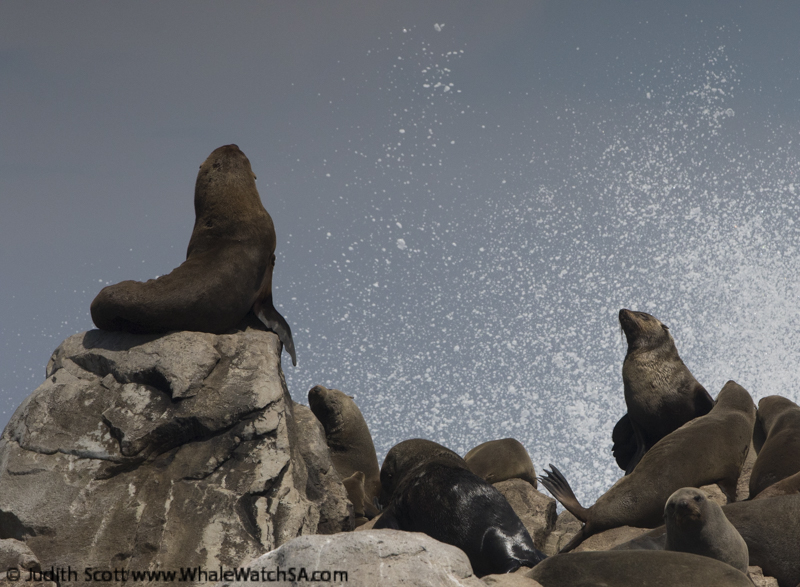 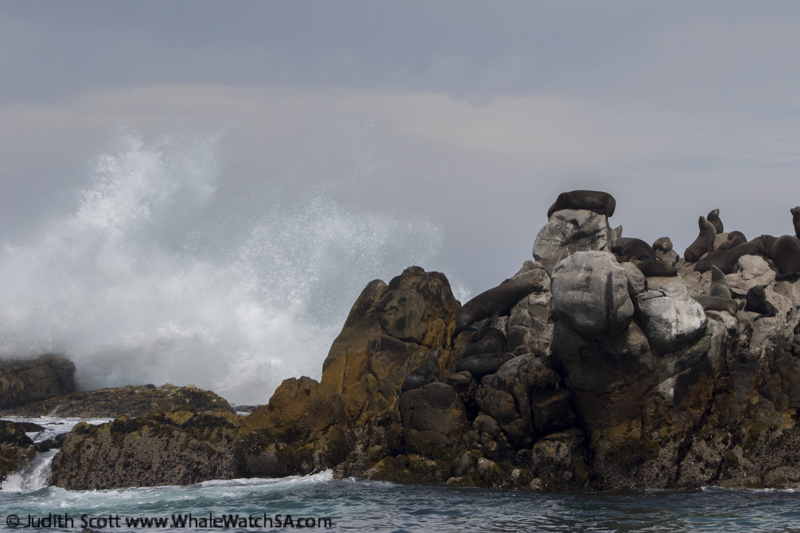 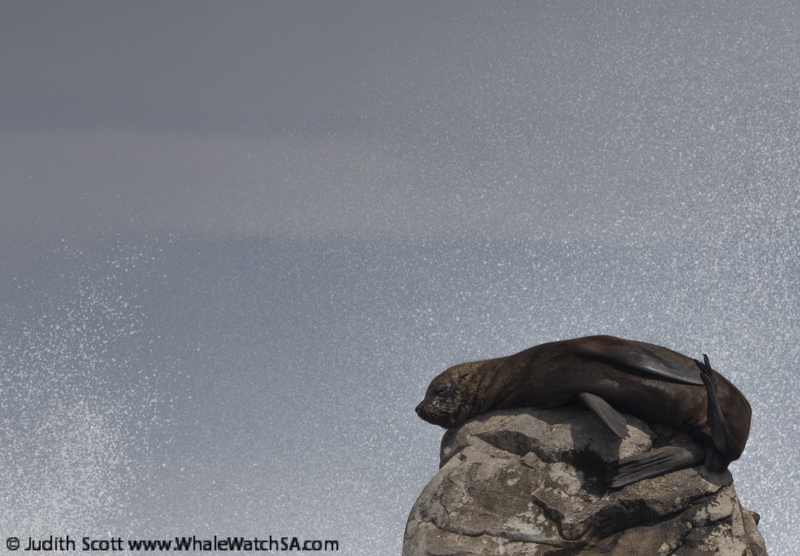 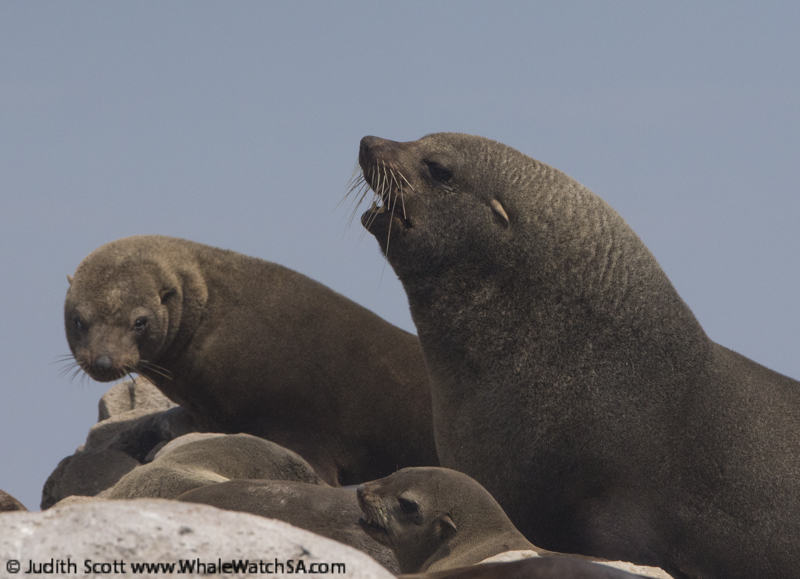