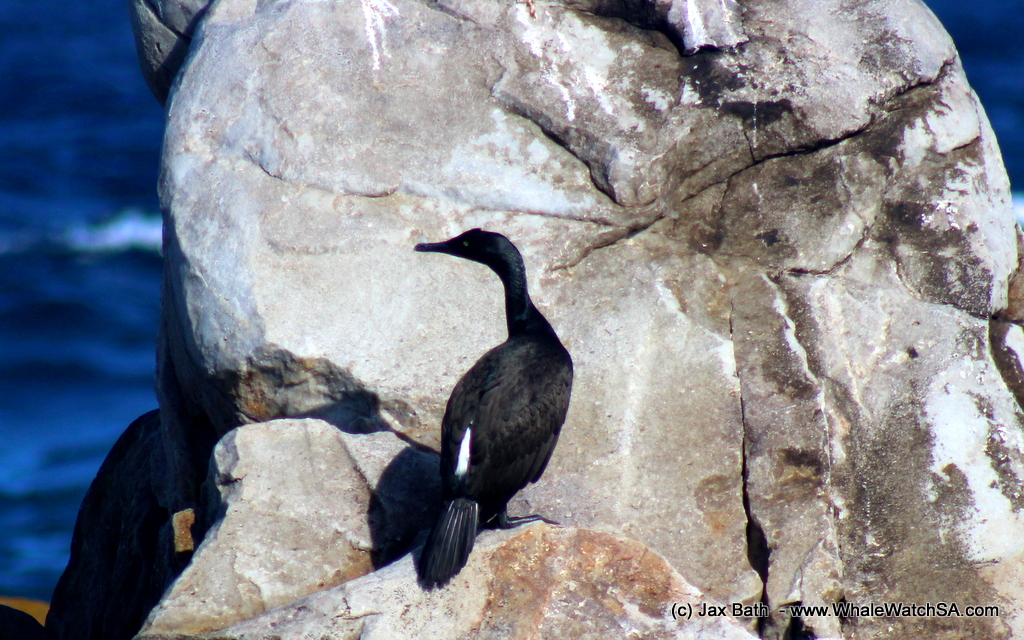 Often enjoying a broad diet including klipfish, rock lobster and more, the increasing rarety of the Bank Cormorant makes every moment we see them even more special.

This species is entirely black, occasionally with a white rump. They are heavier than the Cape Cormorant, reaching 75 cm in size, and have a dark bill and eye, as well as a small crest on the head. Bank Cormorants breed in small colonies on islands off the west coast, with seaweed nests generally constructed on top of large boulders.

Bank Cormorants can be found breeding on Geyser Rock, So it’s best to have a look out for them whilst visiting our seal colony. These Cormorants usually sit towards the back of the island, so a longer lens (300mm or more) would be ideal.

Population – What do they eat and how many are there?

Their dives are shallow and they feed in kelp beds, with klipfish, gobies, rock lobster, octopus and cuttlefish being the main prey consumed. In recent years, Bank Cormorant numbers have decreased dramatically in southern Africa, due primarily to scarcity of food and competition with seals. Today the population trend is decreasing and the species is classified as Endangered (IUCN Red List Category).