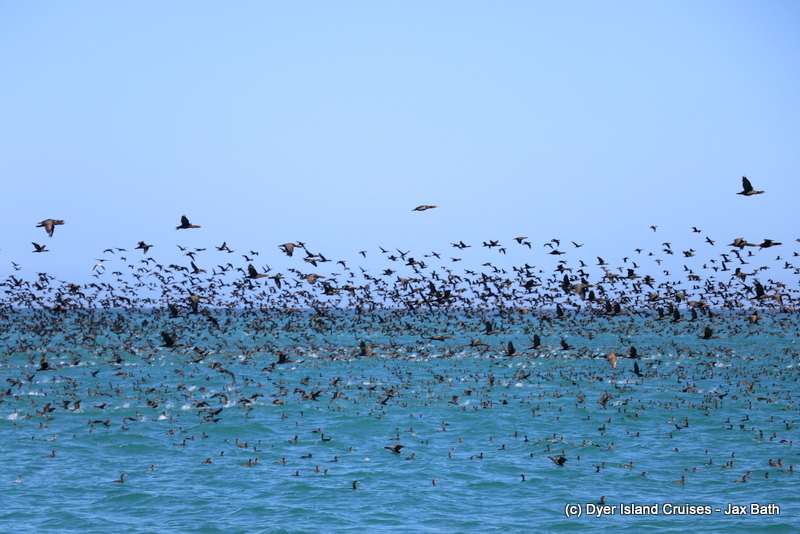 One of the most famous species of Cormorant in the Western Cape, the Cape Cormorant is well known for it's beautiful turquoise eye and impressive size.

This species of cormorant is the most common seabird in the region and is confined to the coast. Adult birds are green-black with a bright orange-yellow gape of the bill and a turquoise eye, and reach 65 cm in size. The Cape Cormorant breeds between Namibia and Port Elizabeth and they are often seen flying in long lines or V-shaped flocks.

Population – Where do they breed and how many is there?

They breed in large aggregations on offshore islands and the mainland, with nests constructed from seaweed, stems and sticks. They feed mainly on small, pelagic schooling fish, primarily pilchard and anchovy, but also take squid and mussels. Population numbers in South Africa have declined considerably, from over a million birds in the early 1970s to around 120 000 pairs in the mid-1980s. Today the population trend is fluctuating and the species is classified as Near Threatened (IUCN Red List Category).