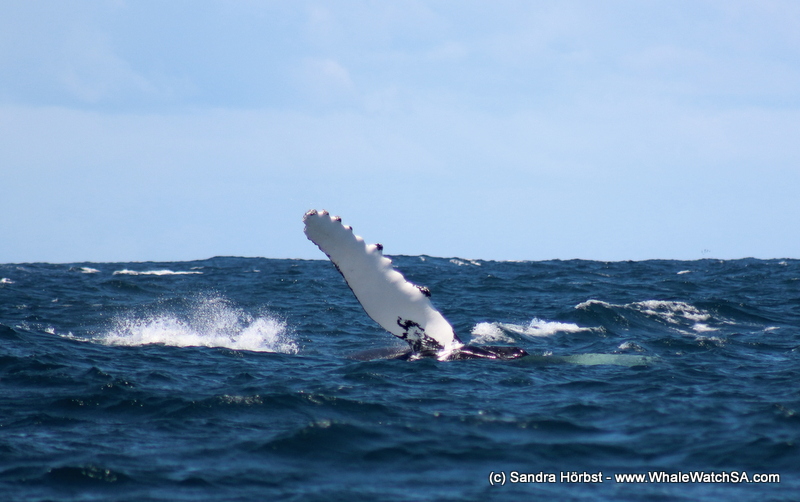 Not one, but two species of whales! Just outside Kleinbaai harbour we spotted a Southern Right whale female with her calf. The pair was very relaxed and came up close several times so we could capture some images and have a closer look at these gentle giants. As the wind was about to pick up later, we decided to move on and were heading towards Dyer Island and Geyser Rock. Whilst observing the Cape Fur seals on playing in the waters of Shark Alley, our spotter saw some big splashes behind the island. We then decided to head out into a bit of deeper water and were amazed seeing the splashes of a Humpback whale breaching several times as well as slapping its flukes onto the surface. What an incredible sighting and special day at sea! 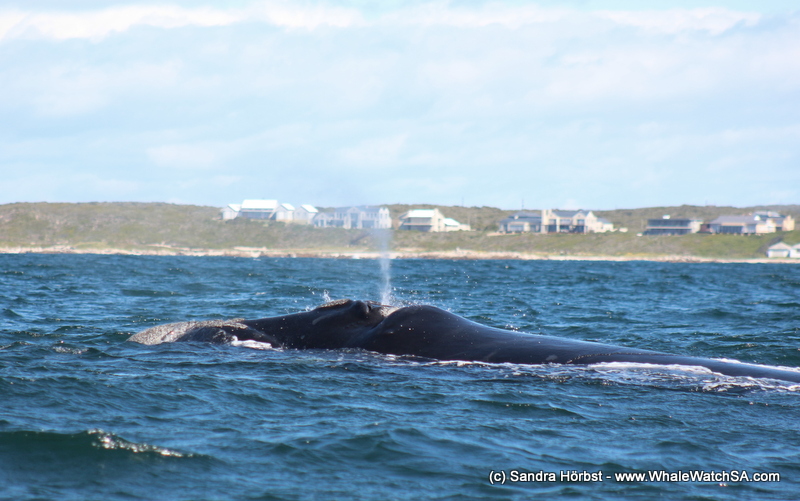 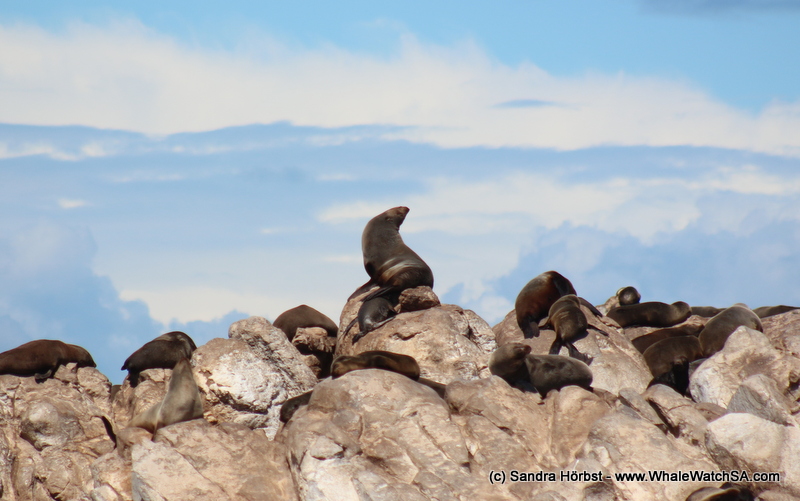 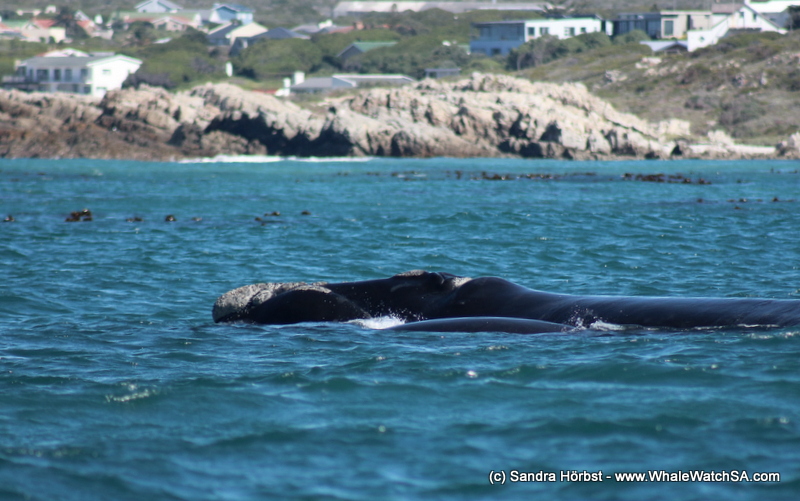 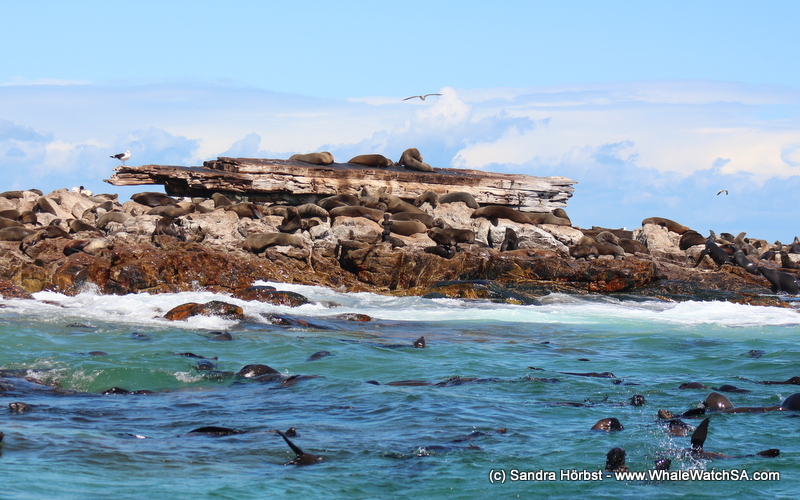 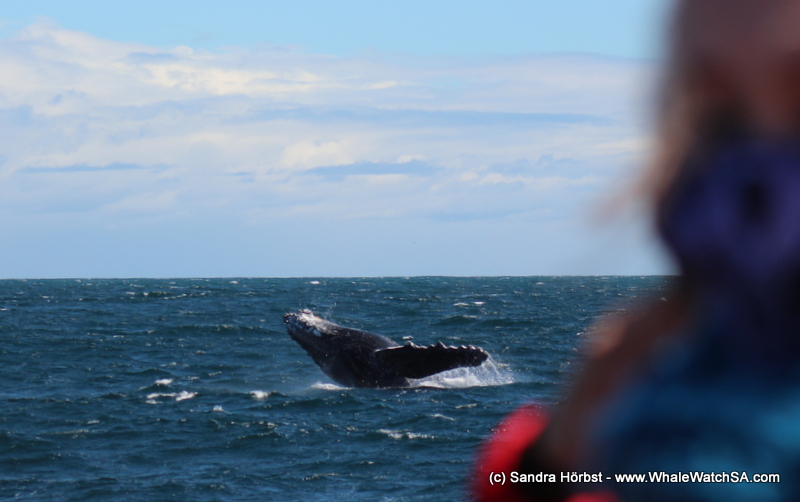