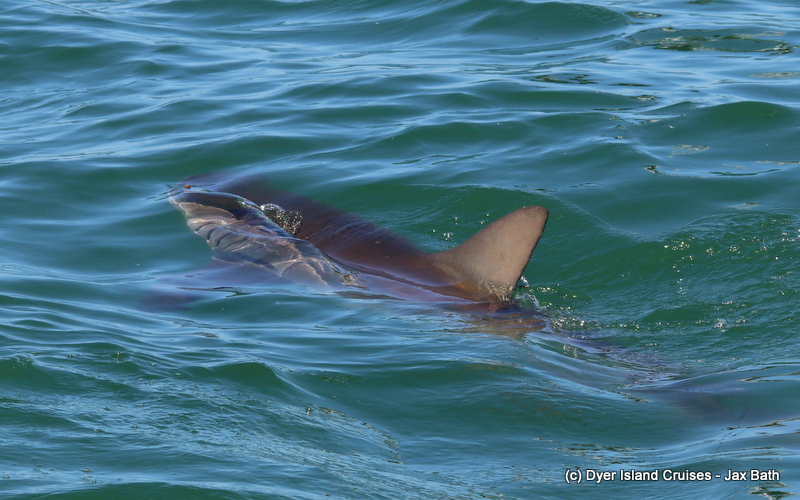 Today, we had a great time out at sea with some interesting sights. We got to see 3 members of the Marine Big5, with our whales and dolphins being a little elusive, but we did get to see a seal with his meal. Seals, unlike dogs and otters, are unable to grasp with their flippers. This means that when they do catch something that they can’t swallow in one gulp, they have to throw it about to  break off bite size pieces to enjoy. Along The Clyde reef system, we caught up with a seal who had fancied himself an octopus, although a smaller individual, it was quite the sight to watch the seal swallow these tentacled creature whole.

We also got to see a few Copper Sharks in Jouberts Dam, with the animals being nice and active at the surface. In one of the pictures below, you can see the gills of the shark as it just breaks the surface with the dorsal fin. Unlike mammals, who will use their lungs to breathe, sharks and all fish have gills. Most sharks will have around 5 gills, although there are species with 6 or seven gill slits too. An example of such would be the Cow Shark family, of which we’ve gotten to  see the Broad Nosed Seven Gill Shark around the cage diving boats once or twice in recent weeks.

After spending time with the sharks, we hugged The Clyde and made our way over to Dyer Island where we watched some Swift Terns engage in their synchronized mating flight, which they will perfect before mating. The Swift Terns are also particularly noisy at the moment, making a real cool, croaky noise as they soar around. We then made our way to the other side of Dyer into a little nook where we saw some African Penguins, as well as their little penguin domes.

Our final stop of the day was over at Geyser Rock, where we got to watch some seals plummet into the water off of hospital rock. We also had our usual suspects in the water cooling down, and of course, our thousands of little black pups hanging out on the island. One pup stole the show when we saw him swimming amongst the big seals, with high levels of strength and determination. When this pup could feel himself getting a bit tired, he took a rest on the seals around before dashing back to the safety of land. 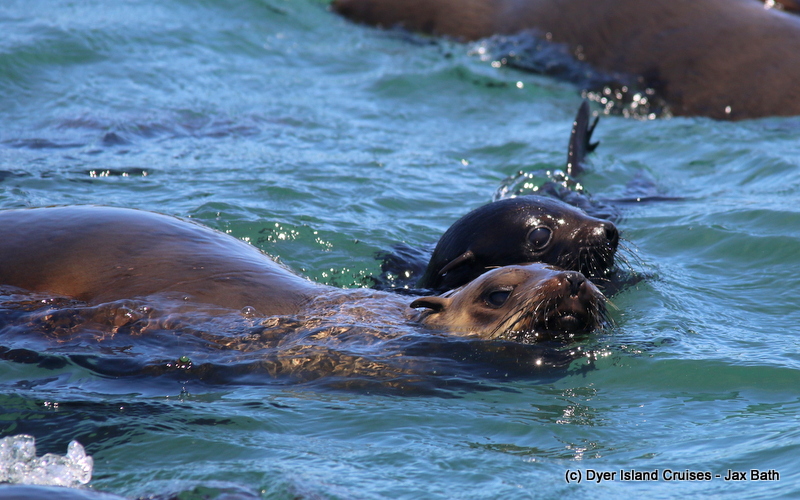 A very strong little pup who swam out to the older seals and then used them as a bit of a resting post to regain his strength before dashing back to the island. 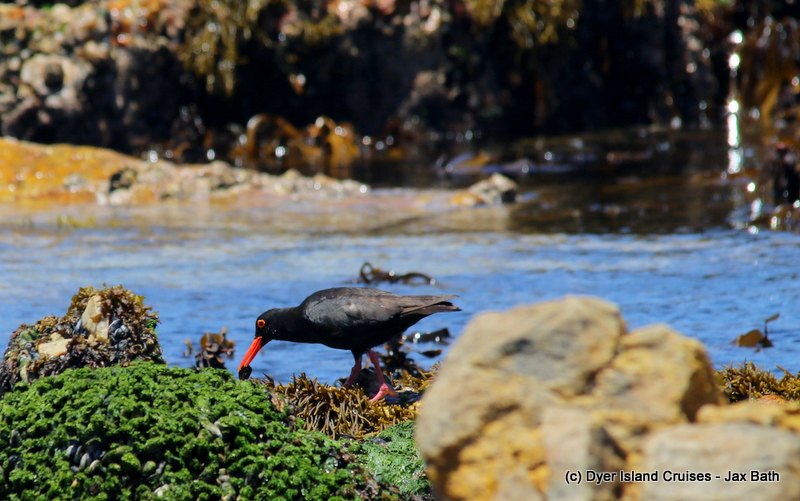 A African Black Oystercatcher scores himself a meal. 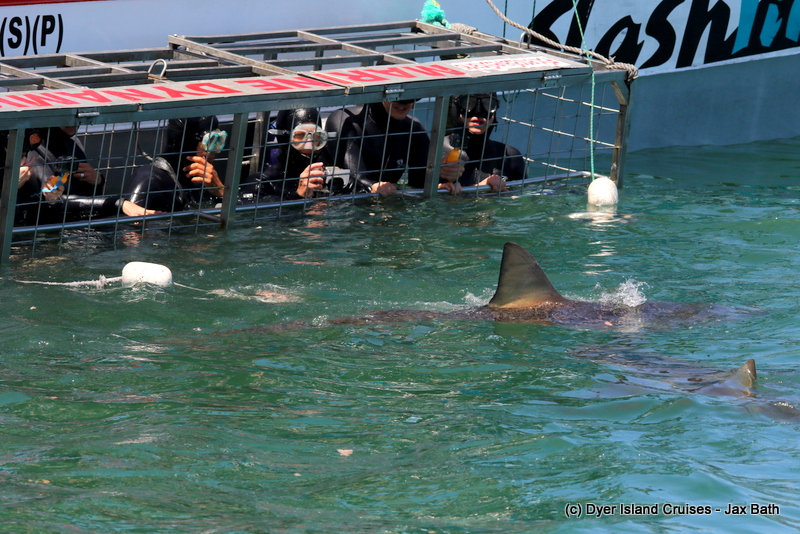 Divers watching a beautiful Copper Shark right in front of the cage.

A Cooper Shark doing some travelling. 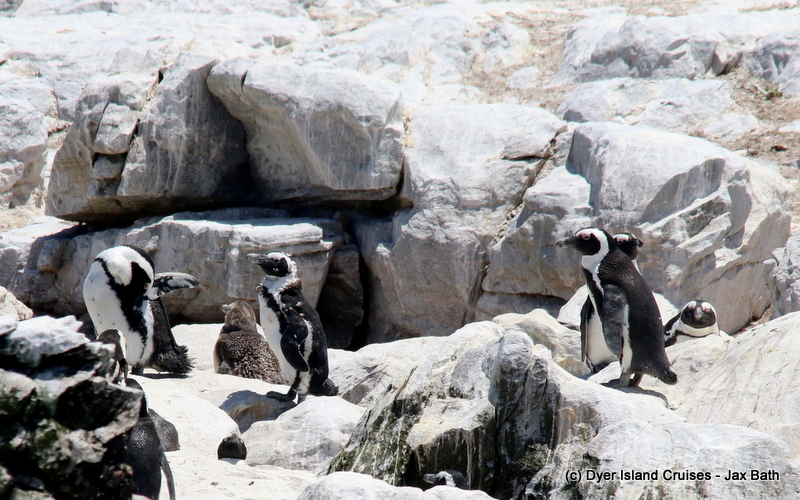 Some African Penguins sitting in the valley in Sponge Bay. 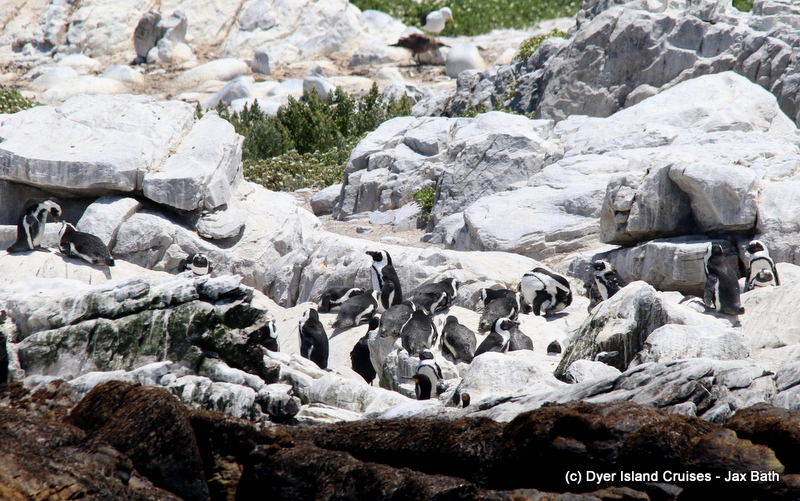 We were lucky to have many African Penguins here today. 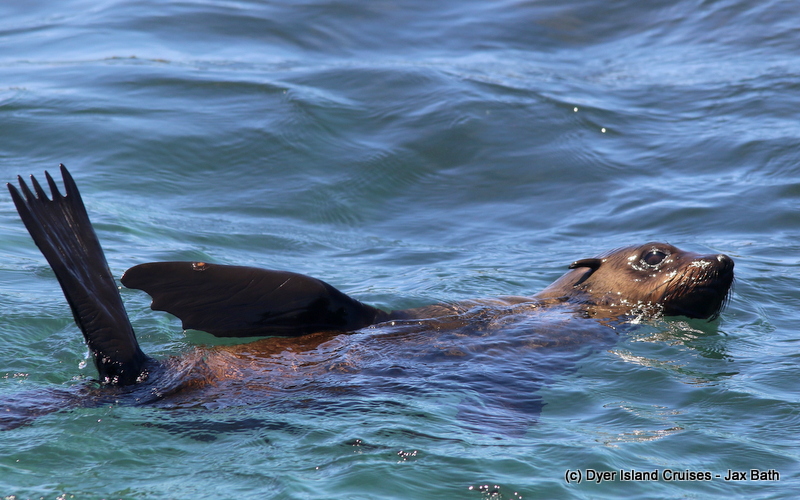 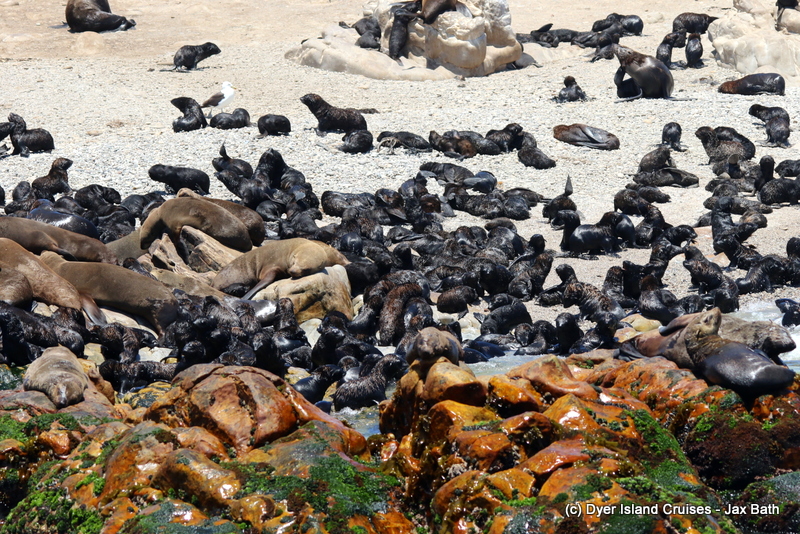 An island full of pups. 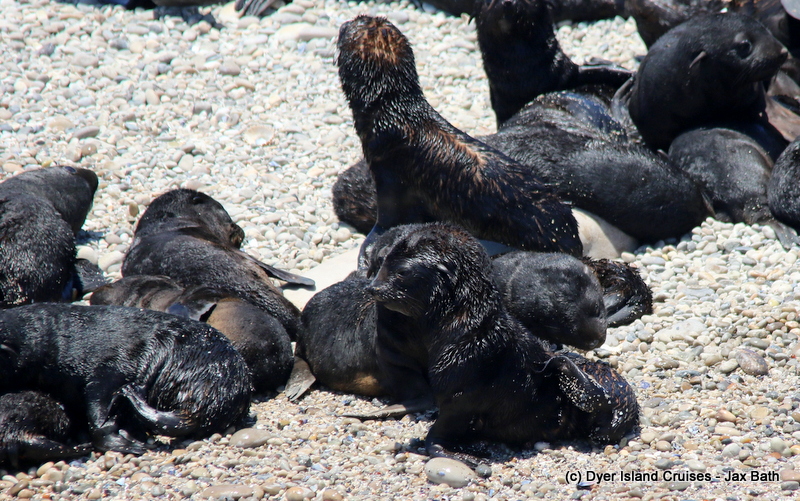 A little one giving himself a scratch.