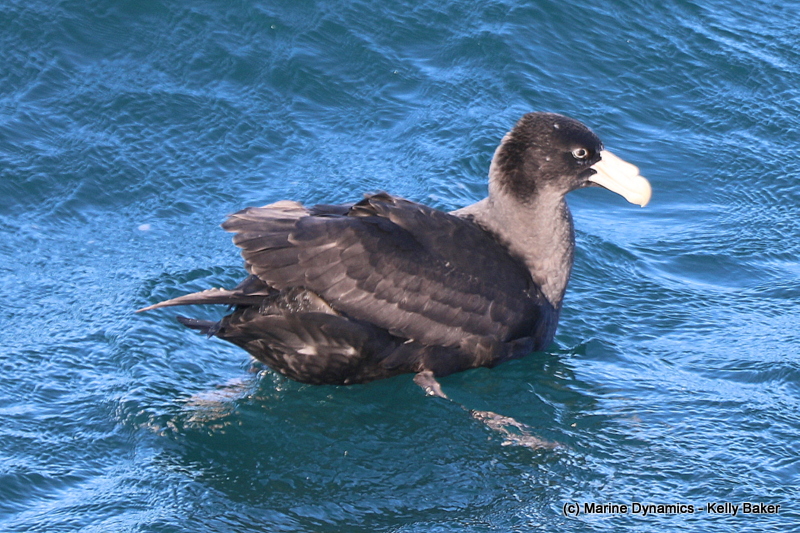 Penguins, Albatrosses and more...oh my!

A bright and early start this morning as Dream Catcher made her way out of Kleinbaai harbour and veered to the right towards Danger point. We hoped that perhaps we might encounter some whales around the edges of the bay in deeper waters and whilst we did not have much luck with these sightings we were greeted to a lone African penguin on the waters’ surface and gliding above not just one but four Shy Albatross.

Moving on towards the island system, we spent some time close to Dyer Island observing two nesting African penguins. It can sometimes prove hard to spot these small, tuxedo birds on the island, however today we were lucky to see them right in front of us. Our next stop was over the other side of Shark Alley at the island holding all the Cape Fur seals, Geyser Rock. These creatures are forever entertaining as they frolic in the water and enjoy the sunshine from the rocks. We witnessed some young males appearing to practice their fighting skills at the waters edge.

We then made our way towards Pearly Beach in the hopes that we would spot some whales there, and whilst yet again there appeared to be none we were met with some other fantastic sightings, a group of eight Giant Petrels sitting on the waters surface was seen, a Cape Fur seal enjoying a bit of brunch in the form of an octopus and a Mola mola, also known as a Sun fish, that was having much success in capture some jellyfish at the surface.

Before making our way back the harbor we moved through the Shallows for a brief visit to our sister company, Marine Dynamics, and its’ shark cage diving vessel Slashfin. We arrived at a perfect time as within minutes a juvenile female Great White shark appeared from the deep and launched herself out of the water giving us all an amazing view of these large predatory fish.

After cruising along the coast, in the search of any Humpback dolphins we made our way back to land to warm up with the help of some hot veggie soup.

"Great trip. Thank you very much!" 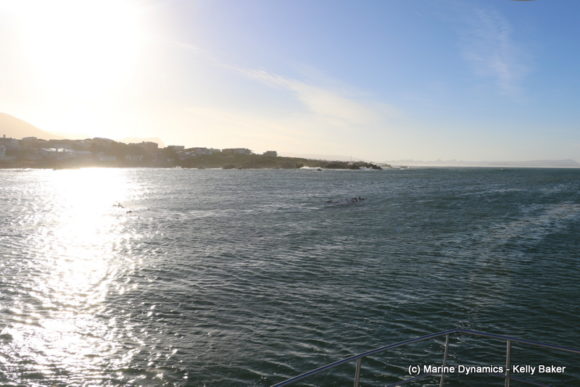 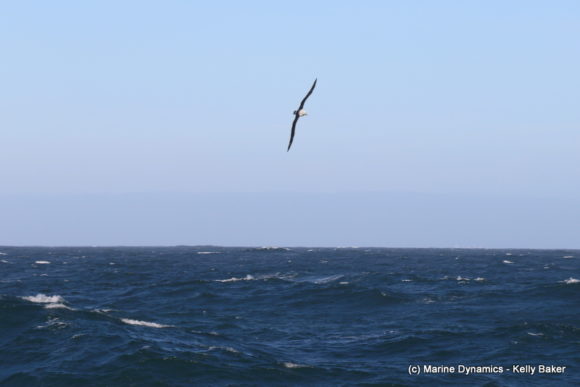 The increasing winds brought in a great selection of sea birds. 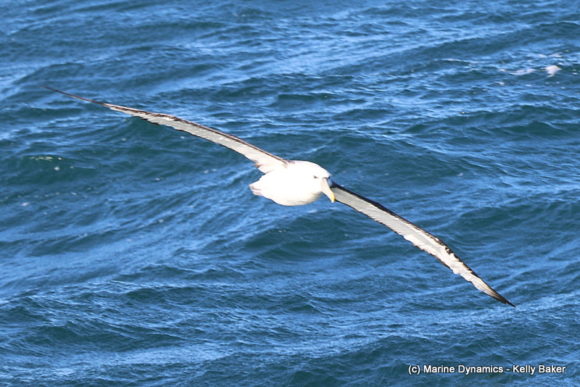 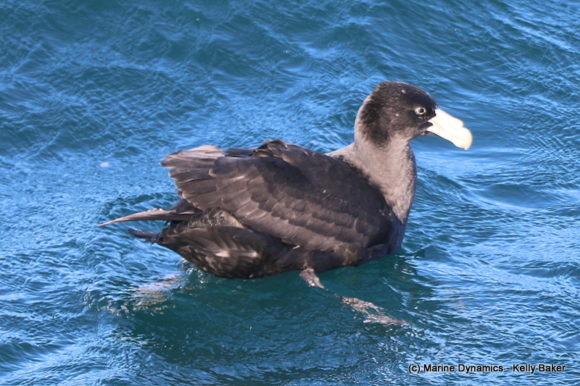 One of the eight Giant Petrels we encountered on our way to Pearly Beach. 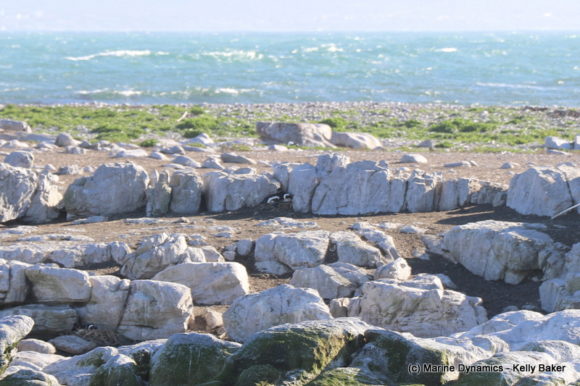 Look closely, you might be able to spot the two nesting African Penguins on Dyer Island. 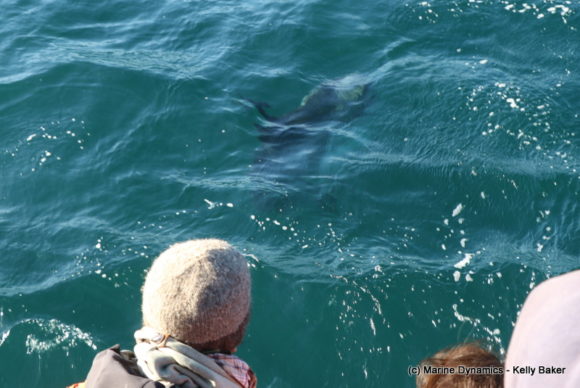 Watching a Mola mola or Sun fish dive after enjoying a brunch of jellyfish. 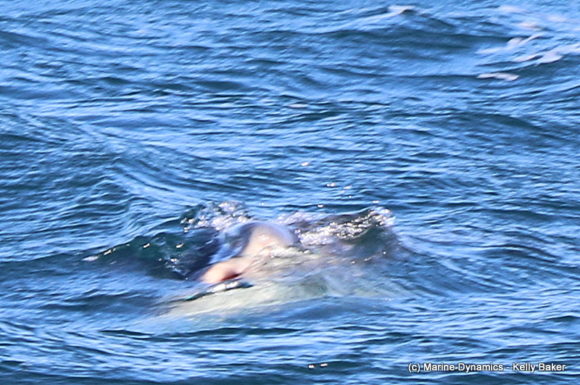 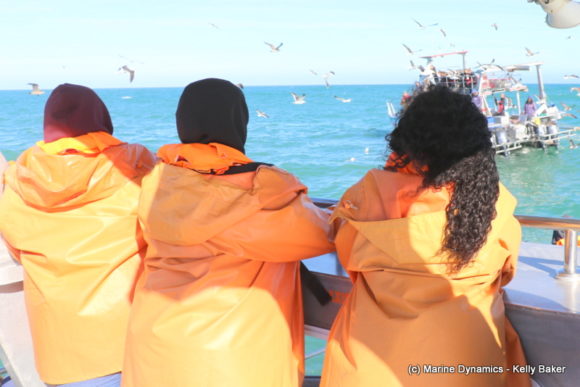 Perfect timing for a stop by sister company, Marine Dynamics, as a Great White shark appeared at the boat.