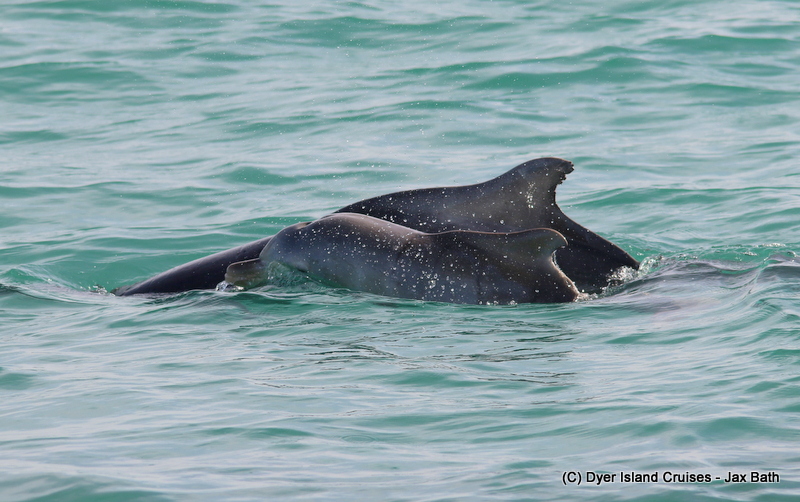 The whales and dolphins were out and about today, with 2 baleens species and a very special sighting of our Indian Ocean Humpback Dolphins. We started our tour by heading towards Danger Point to have a look out for some Humpback Whales, moving past the point and then making our way through the deep towards Dyer Island. We had plenty of pelagic seabirds in the area which gave away the presence of fish moving through the bay.

The fish attracted a slightly bigger visitor too, with us catching sight of a Brydes Whale. This whale was fairly sporadic, but we were able to get some great views of him, especially when he seemed to come towards us. We also got to see him put just a bit of his tail out the water, which was a super strange occurrence. The photo can be seen below where the whale looks almost like he’s avoiding something below him by lifting his body up.

We got lucky and found some Humpback Whales next, which is always a great find. We had two whales travelling along, with one whale doing some lobtailing as they surfaced. This is always and impressive sight and can be a form of communication. We moved parallel to the whales and moved with them for a while before deciding to take a stop over at Geyser Rock. On the way, we spotted two African Penguins bobbing about in the water.

The seals were enjoying the surf as we pulled into Shark Alley, with some surge coming in, the seals caught the waves in spectacular fashion before carrying on with their day. We watched as they frolicked and played before going into Sponge Bay where we tried to spot a couple more African Penguins.

Our last spot of the day was certainly a highlight, with a new member of our endangered Indian Ocean Humpback Dolphin family. This little guy was travelling very close to mom and another dolphin, but we managed to get a few good looks at this cutie. On his body, some lines that we call fetal folds which indicate that the calf is still very young. 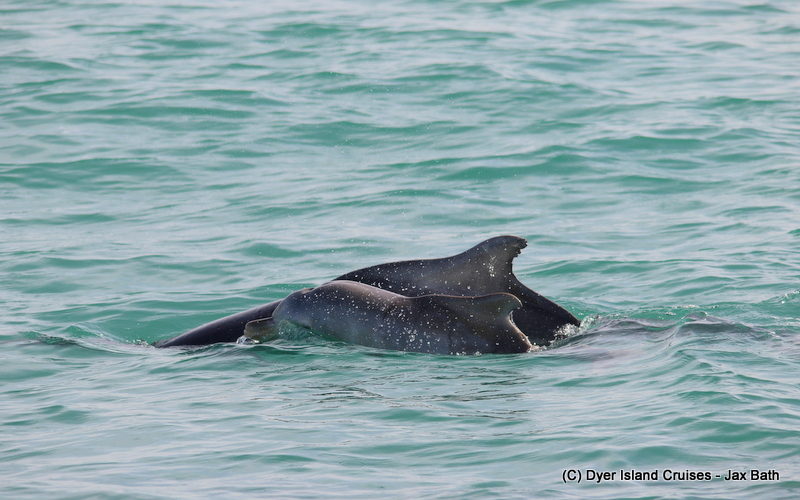 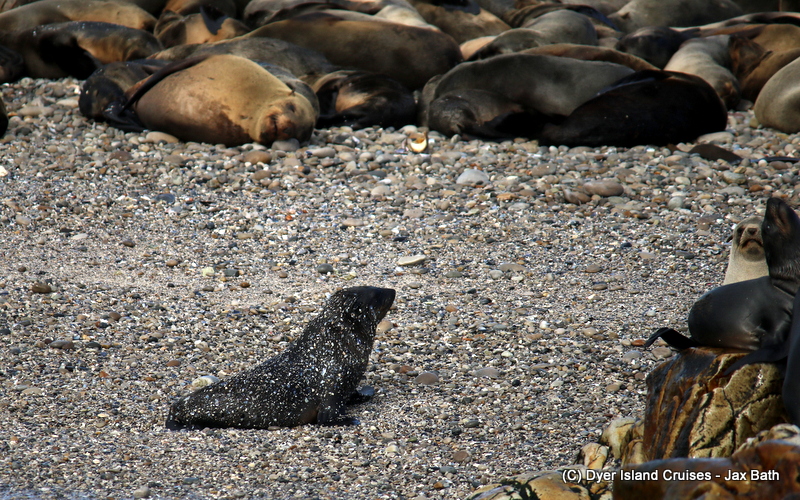 Admittedly, when I first spotted this little one i thought he might be some rare spotted morph. On closer inspection, I realized that the little guy had simply gone for a roll around on the shells. 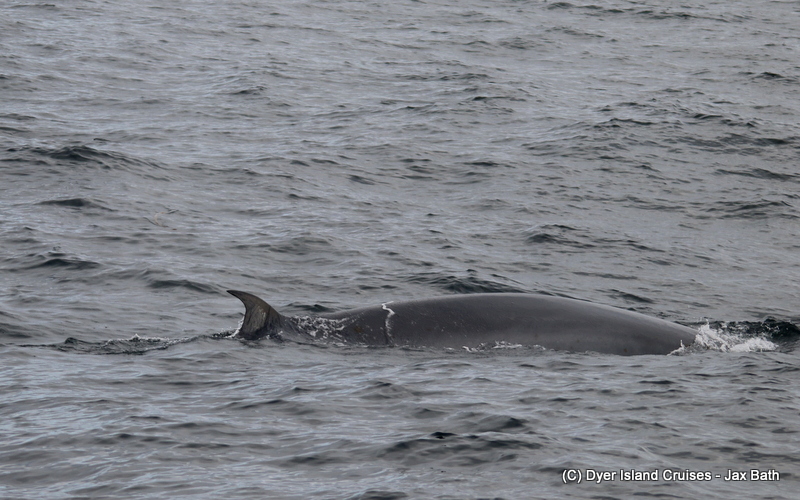 The Brydes Whale that we started our trip with. 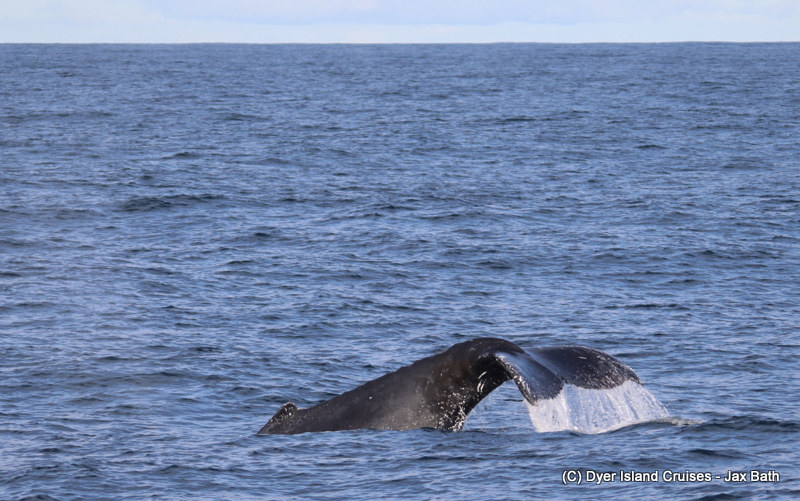 The highlight of our Humpback Whale watching was the gorgeous few lob tails we had from one of the animals. 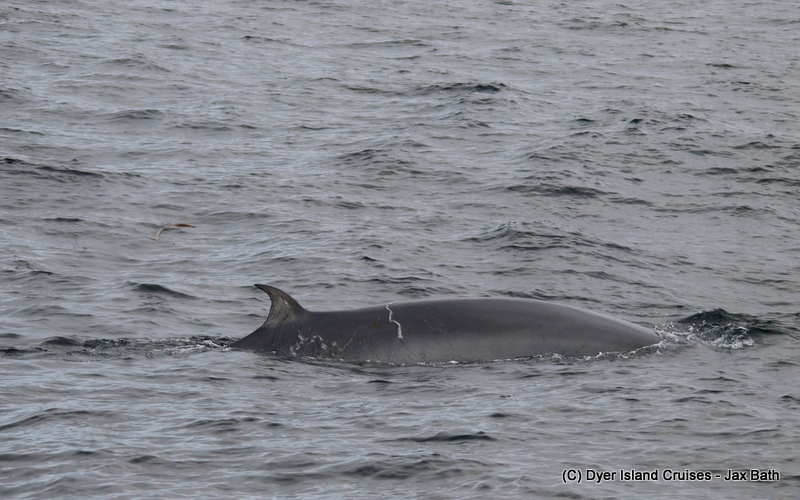 This Brydes Whale came nice and close to our vessel before taking a deeper dive. 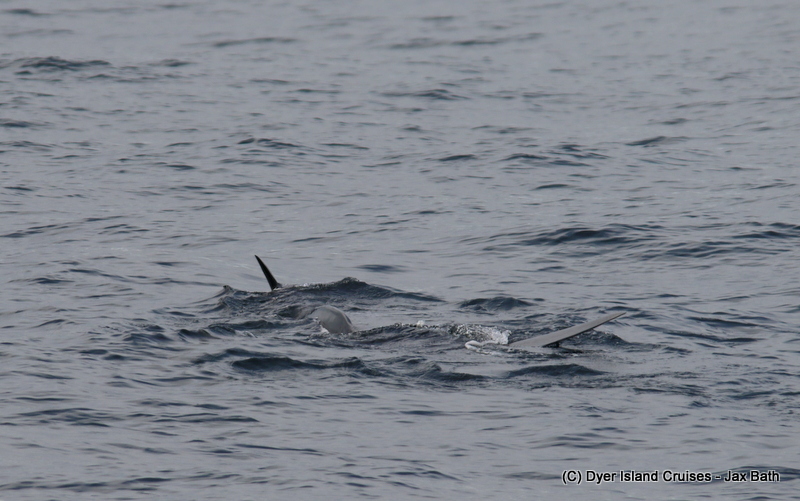 In an unusual occurrence, we got to see the tip of the tail of this Brydes Whale. 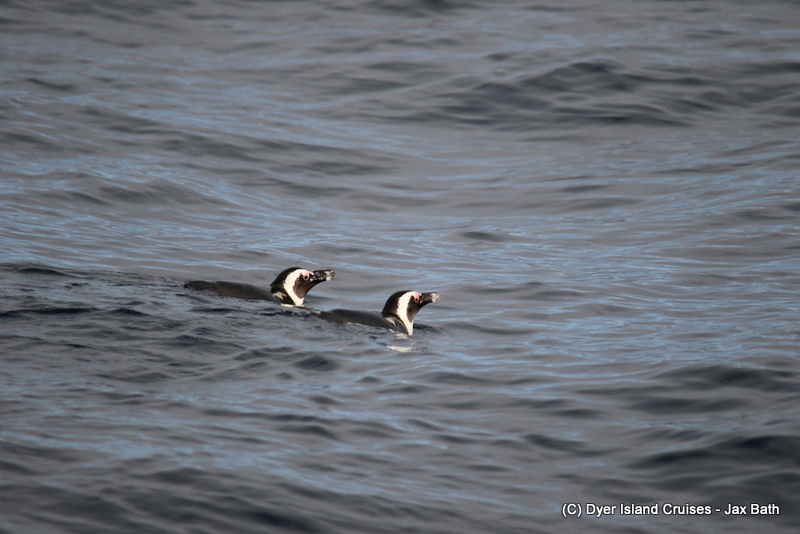 Two beautiful African Penguins which popped up on our way from Danger Point. 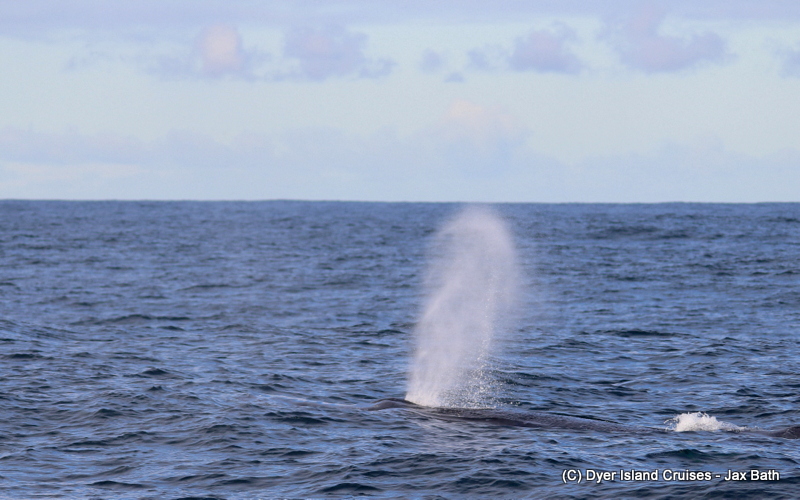 A Humpback Whale just as it emerges from the water. 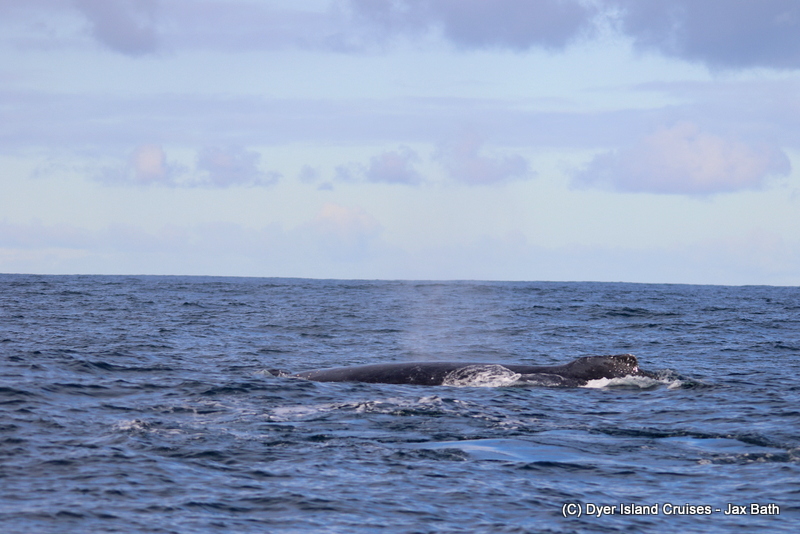 Today, we had moody clouds and beautiful whales. 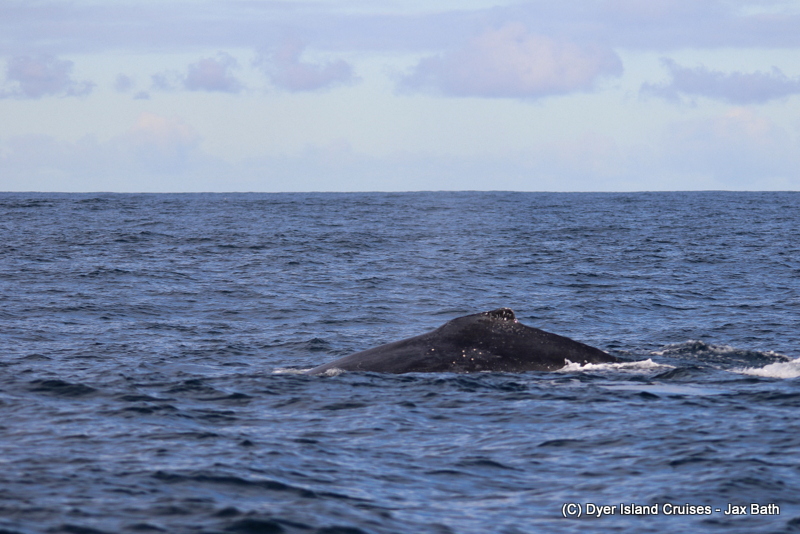 These humpbacks were slowly travelling along and seemed to be in no rush to get anywhere. 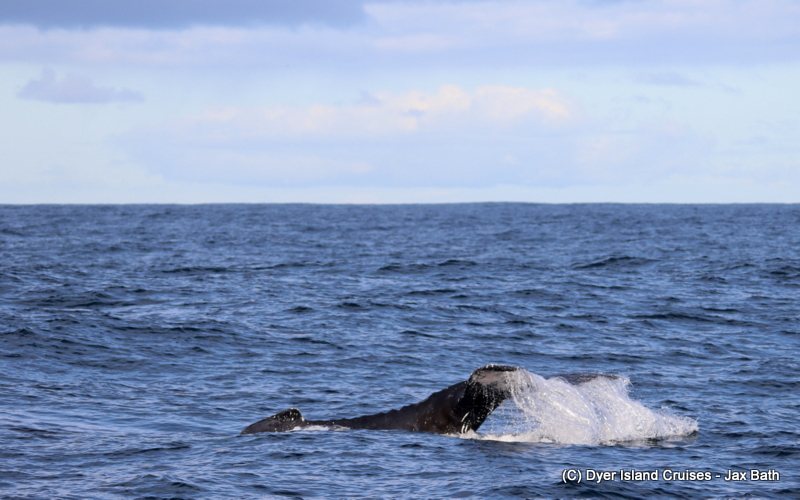 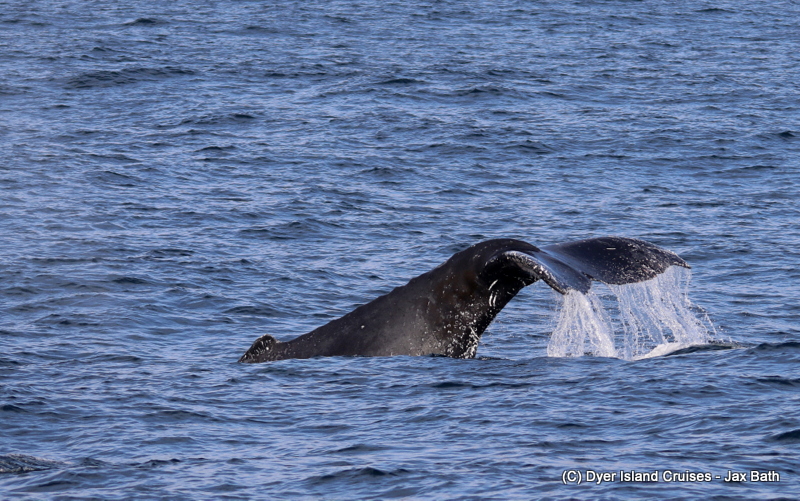 Nothing quite beats watching these whales slam their tails against the water. 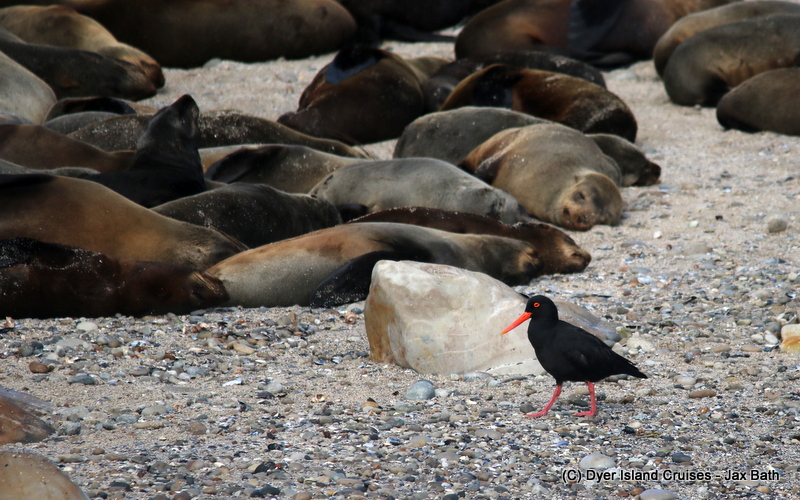 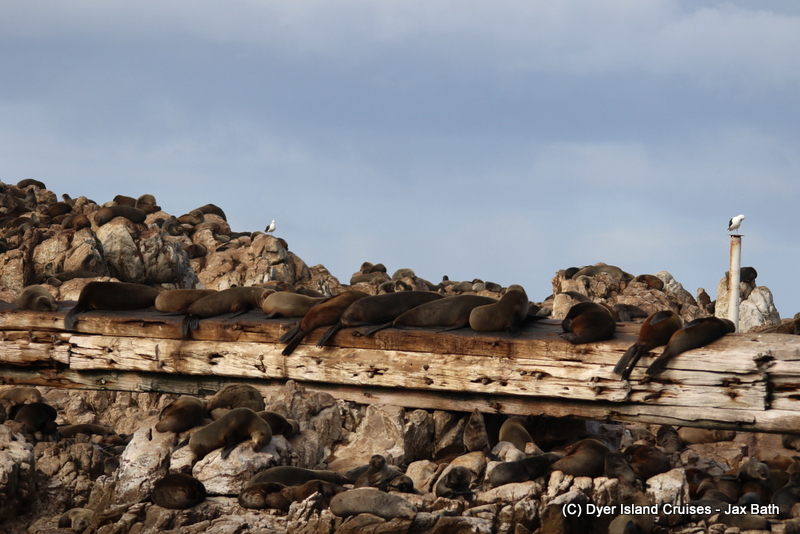 Seals having a sleep with a moody background. 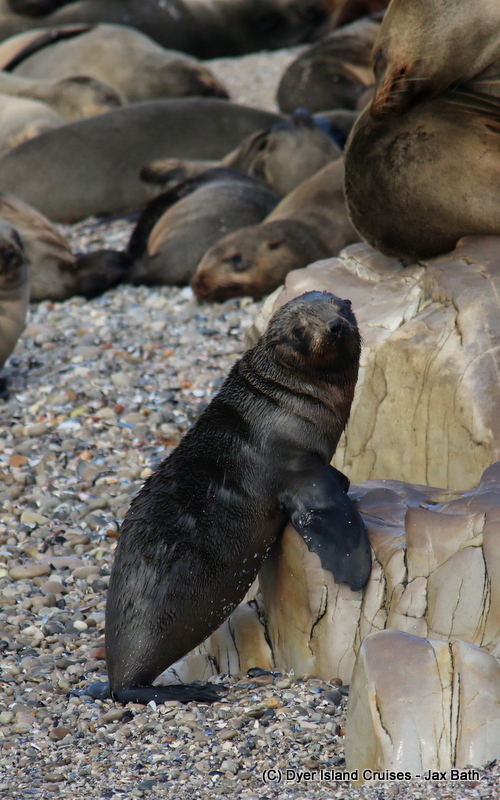 Sometimes, seals just want to stand on two flippers for a bit. 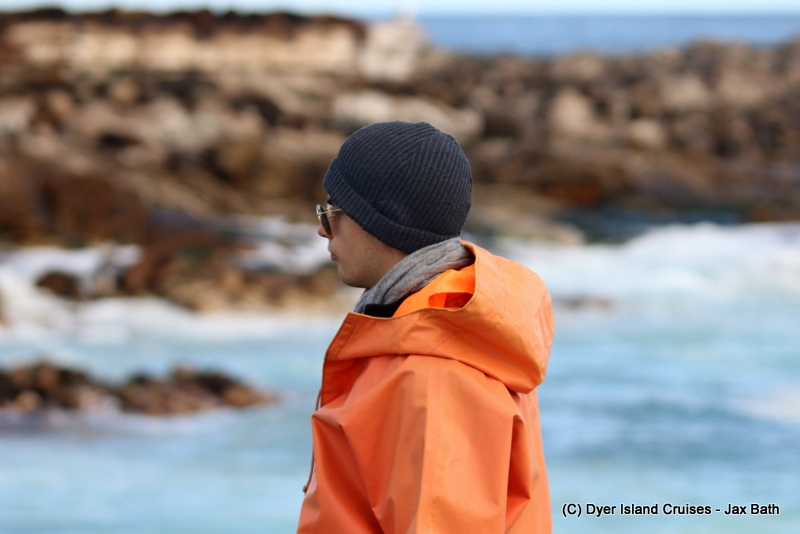 Taking in the sights and sounds. 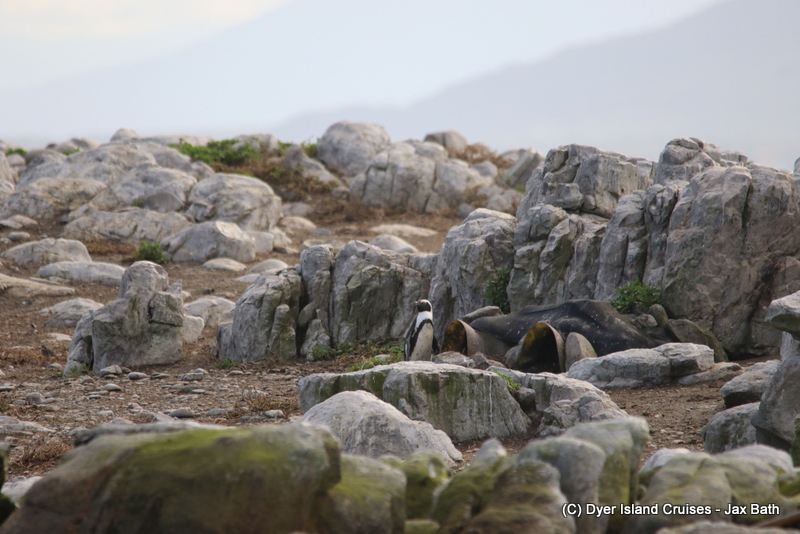 An African Penguin sits outside her nest. 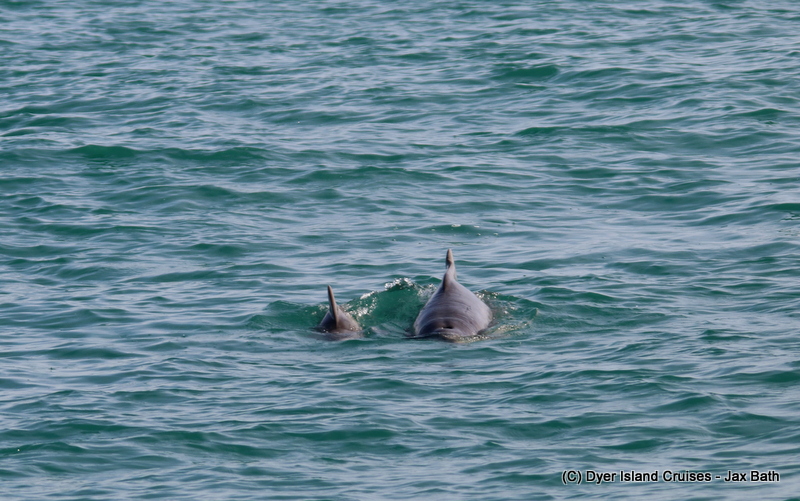 Can you see how small our baby is? 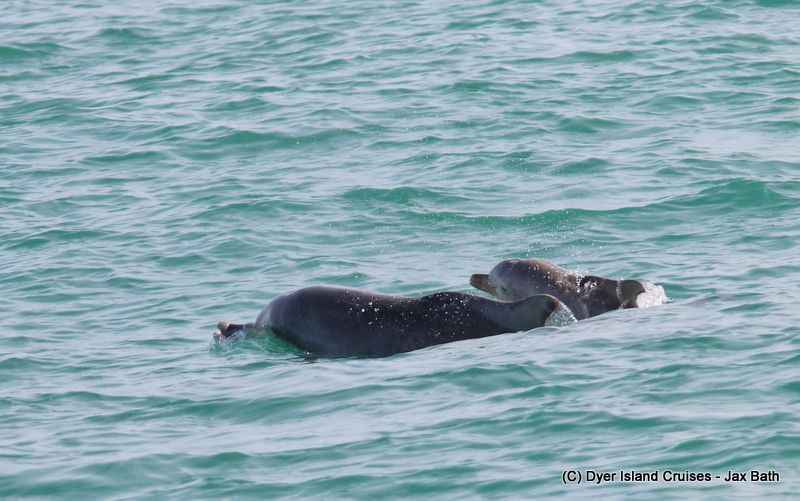 This little one stayed very close to two adults whilst we watched them, but I believe this animal is mother. 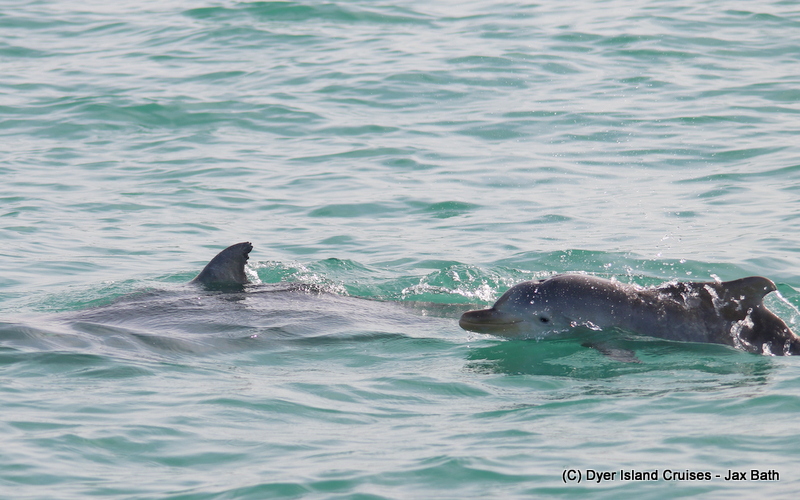 A close look at our newborn, who seems to be looking at us to. 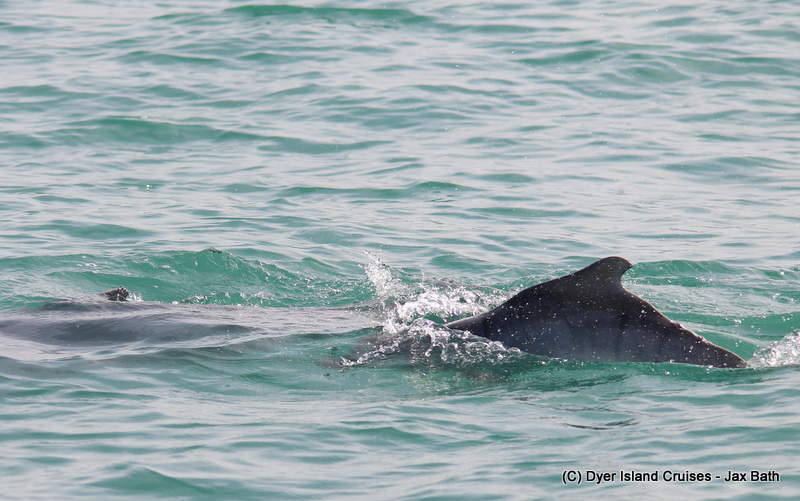 You can still see remnants of the fetal folds. 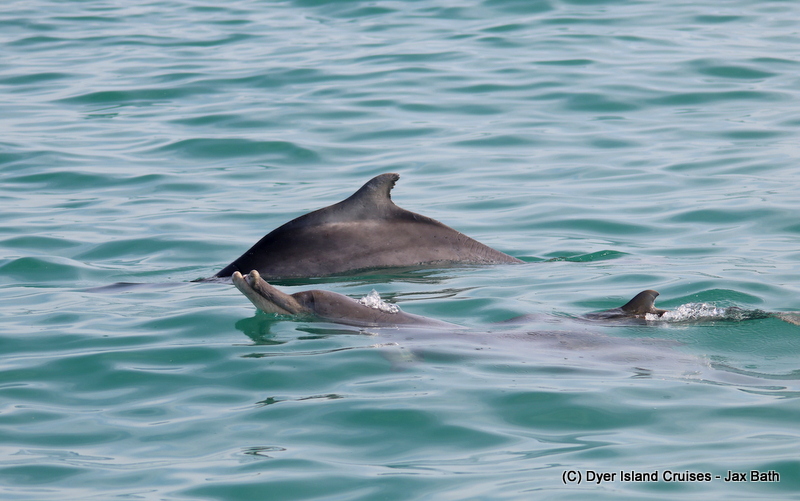 Fingers, baby and baby’s mom, from back to front. 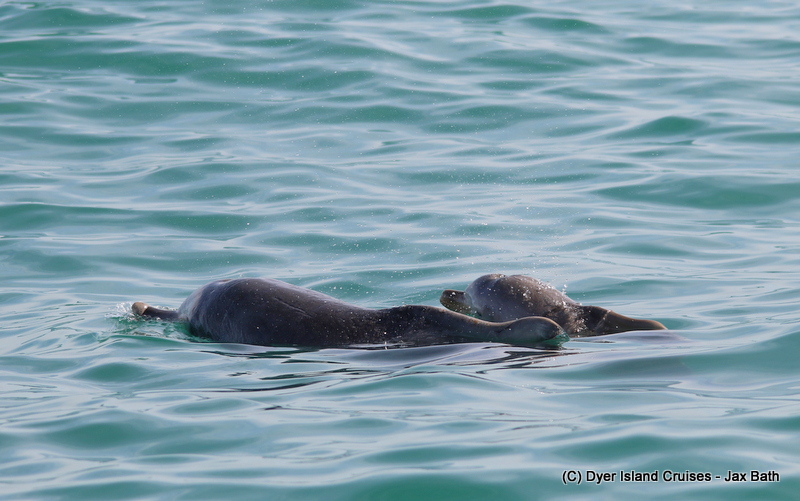 Really couldn’t get enough of the little one. 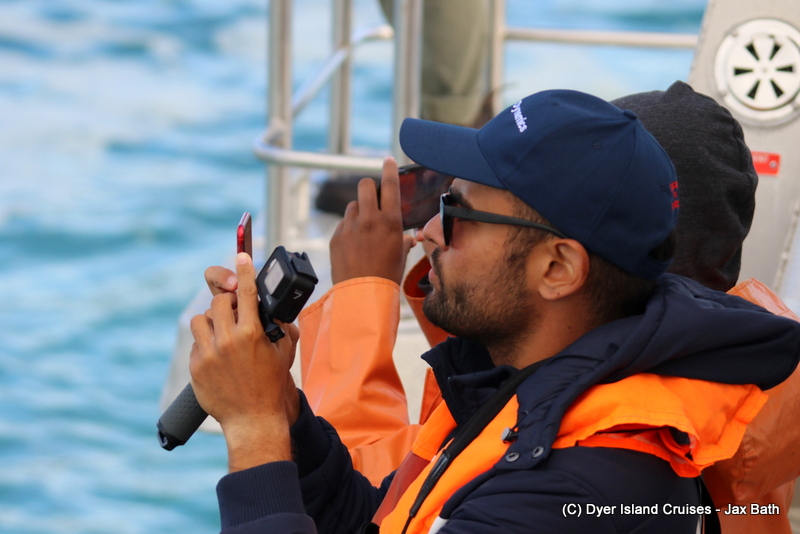 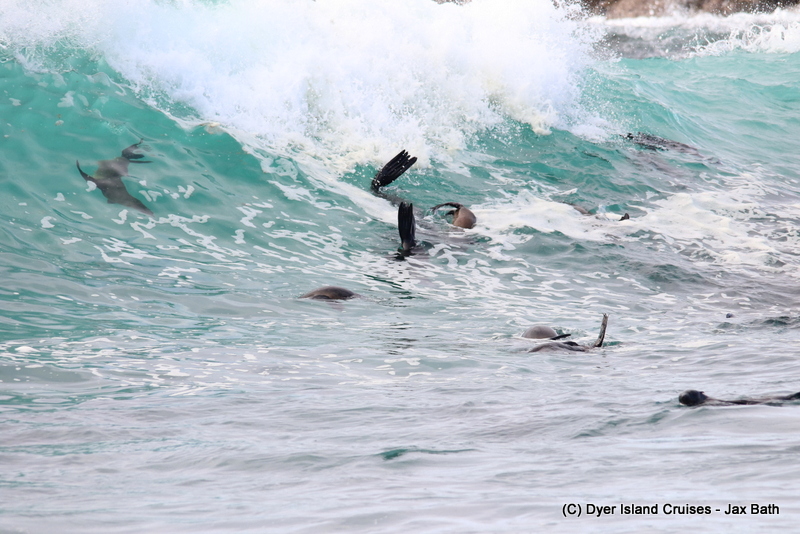