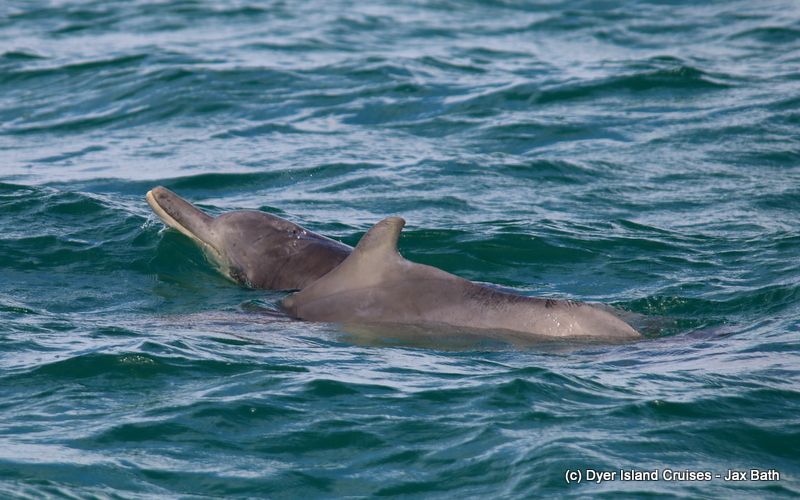 Humpback dolphins are an endangered species, with small populations living very close to shore, typically in water less than 25m deep and an average home range of 120km. Their proximity to land makes these animals particularly vulnerable to human influence.

Humpback Dolphins are considered to be an endangered species, with small populations of these toothed whales living very close to shore, typically in 25m of water or less. Their proximity to land makes these animals particularly vulnerable to human influence.

While capturing a small pod of humpback dolphins always makes for a thrilling addition to every photographer’s portfolio it can be tricky to get a great shoot as they are known for their sporadic movement and quick change of direction, so always keep an eye out all around the boat as they might surface anywhere.

Our whale spotter tells us about the local humpback dolphin.

How large are these dolphins?

Typically, the humpback dolphins are between 1.8 to 2.7m in length and weigh up to 250kg and calves are born at a size of around 1m.

Diet – What do the dolphins eat around Dyer Island?

Humpback dolphins mainly feed on fish that can be found in shallow waters but also enjoy feeding along the rocky reef systems in our bay.

Behavior – Do dolphins have a social life?

These dolphins travel alone or in small groups and we observe them in pods ranging from 1 to 12 individuals. In the Dyer Island area, we mostly see groups with only 2 to 5 dolphins. In other areas, the groups can be bigger 30-100 in Arabian waters.

Threats – What are the main threats to dolphins?

Due to nearshore habitat, these dolphins are extremely vulnerable to human activities but are not limited to shark nets, habitat loss and disturbance, organochlorines and other forms of pollution. As they live in shallow waters, they are more likely to be exposed to every type of pollutant coming from the rivers to the seas. The toxins that are entering the marine environment can concentrate in the dolphins’ fat (via contaminated fish) and can negatively affect their health. They also get entangled in the nets that are used to prevent the sharks from coming close to the beaches, as well as in fishing nets. Dolphins are known to be curious animals and can also become easily entangled in pieces of marine litter, such as pieces of plastics, ropes, etc.

Identification – How can we recognize different individuals?

Each dolphin has a unique dorsal fin, both with regards to shape and notches along the edge of their fins. Dorsal fins can therefore be used to recognize different individuals. We have already identified over 30 humpback dolphins in the area using this method of photo identification.

Fun Fact: The individuals we see here in the Dyer Island area are part of the group that is found in its most westerly distribution, which is False Bay.