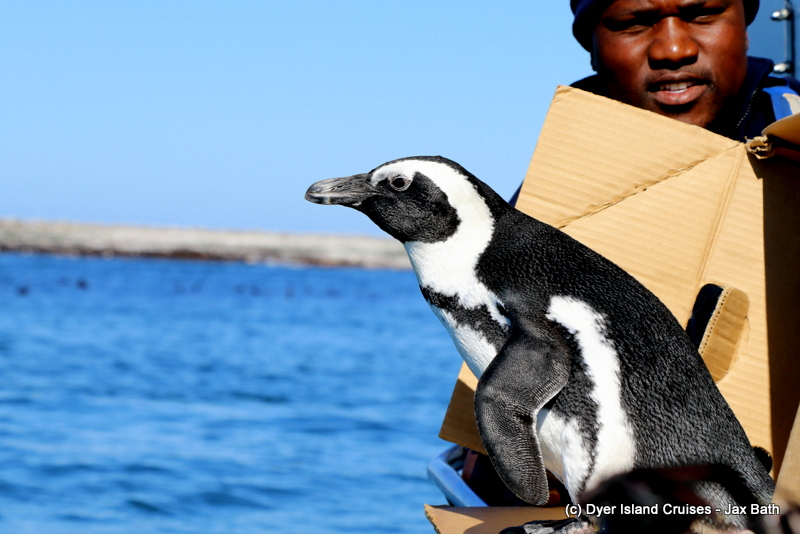 One would think that after 15 years and thousands of hours out at sea, Kira Matiwane would have seen absolutely everything our sea has to offer. Today was, however, another first for all of us aboard Whale Whisperer, when we encountered a Submarine whilst doing some whale watching. Although not an animal, this unusual mechanical beast was certainly the spot of the day. But, let us start the story from the very beginning.

It was a stunning day to head out to sea with the sun shining and the wind dropping to a gentle breeze. Our trip began with a sighting of a beautiful Bronze Whaler Shark who was having some fun visiting Slashfin. We watched the shark interact with the boat and were thrilled when this curious creature also decided to come right up to our boat, looking at us before disappearing to the depths.

We then made our merry way over to Dyer Island, where we had a very special drop off to make. Today, on Endangered Species Day, we got to release one of our African Penguins back into the wild after a stay at our African Penguin And Seabird Sanctuary. Mr penguin had some trouble moulting and was found looking a bit skinny, so we took him in and nursed him back to healthy before giving him a one-way ticket back to Dyer Island. He seemed to appreciate this, as he took no time at all taking the plunge into the cool waters of the Atlantic. We then paid a visit to some of his cousins on the other side of Dyer island before heading over to our Cape Fur Seal colony.

Our seals were enjoying the surf as we arrived, riding with the waves and just generally having a whale of a time. We watched as they enjoyed the water, playing and fighting away, before Kira spotted the Spout of a whale behind the island. We decided to go see what the whale was up to, so we cruised behind Geyser Rock and spent some time waiting for the whale to come up. Patience certainly pays off and we were rewarded with a very close encounter with a Humpback Whale. We shared this whale’s company for the next 20 minutes and at around the time we were watching the whale, a Submarine appeared.

I thought that Francios and Kira were referring to the diving whale, but sure enough this military vessel was slowly cruising by, and we were even able to get some photographs of the whale and the sub. After all of this excitement, we made our way back into Kleinbaai harbour, spotting a giant Ocean Sunfish along the way. 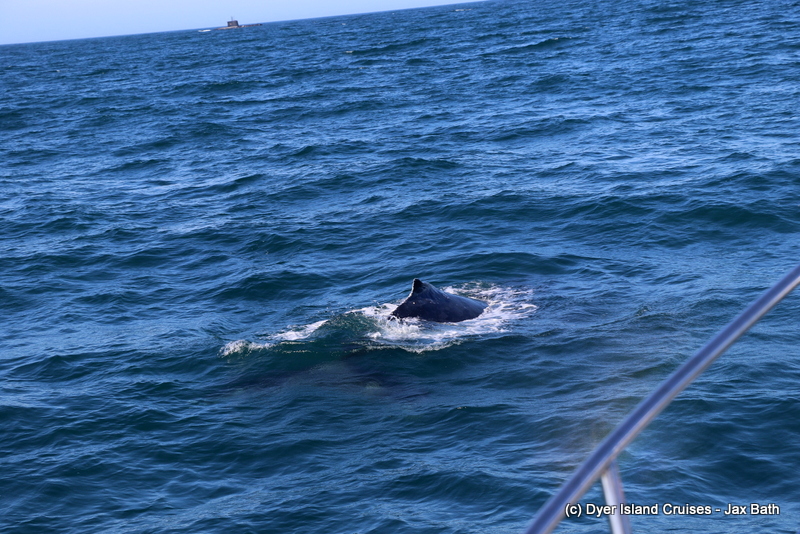 A Humpback Whale surfaces right next to the boat with a Submarine in the background. 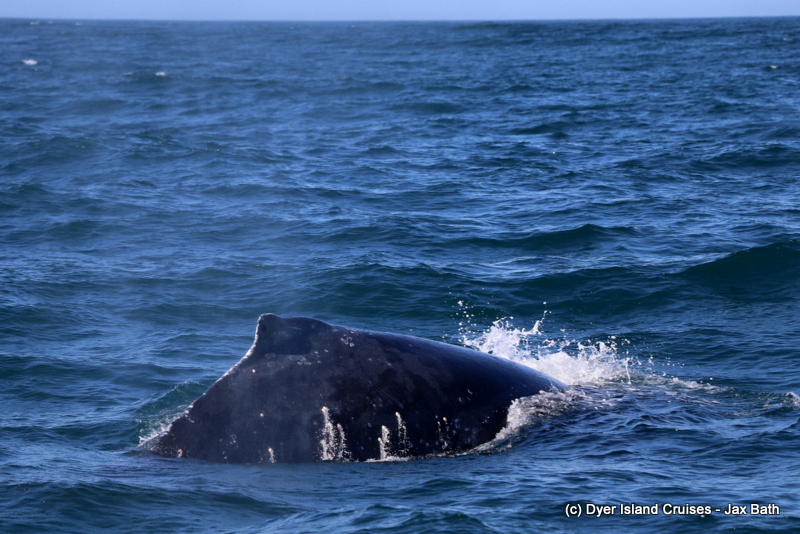 look at how the water falls off of the barnacles. 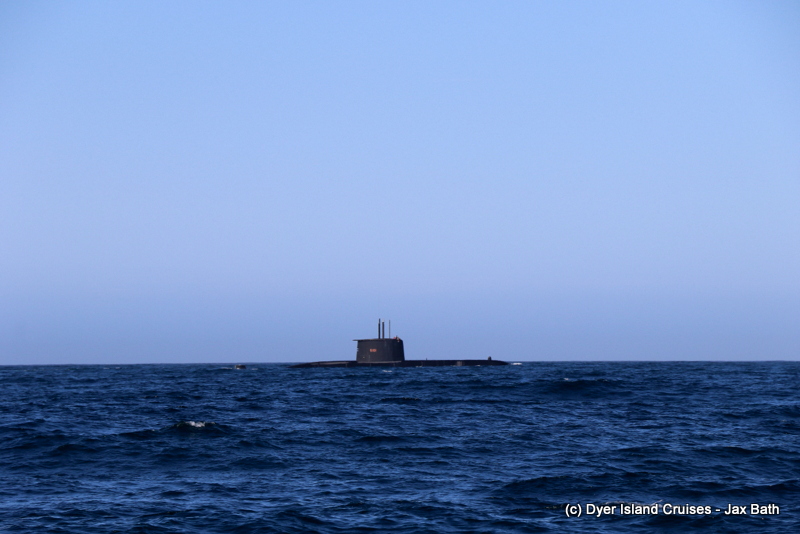 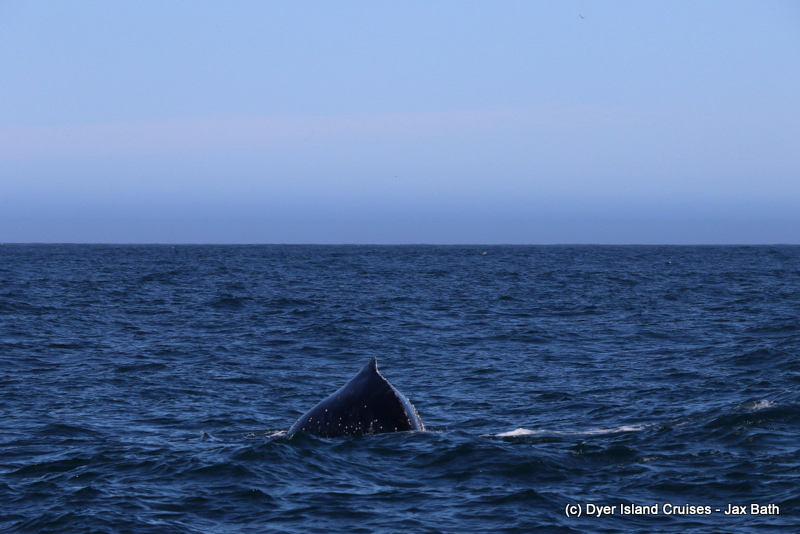 The Humpback Whale arching its back for a deeper dive. 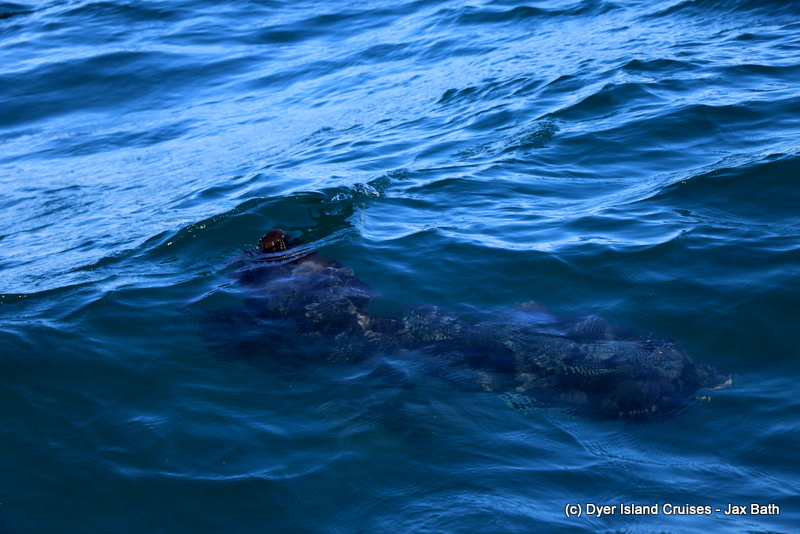 The outline of the Sunfish. 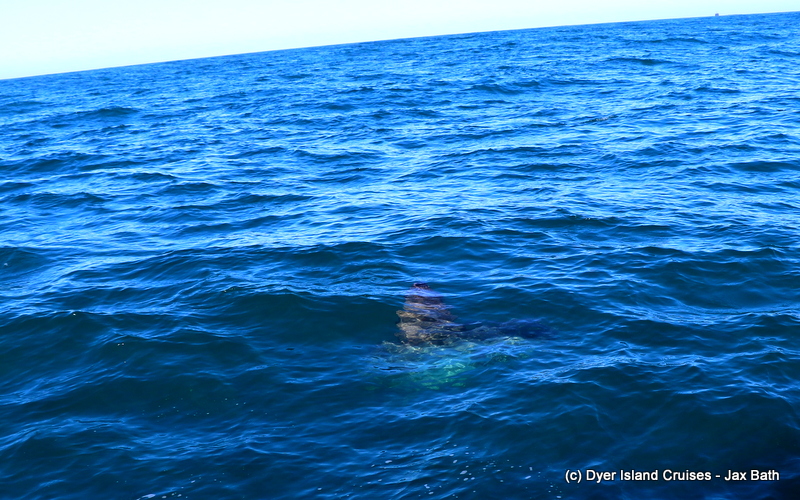 Can you see the countershading of the Sunfish? 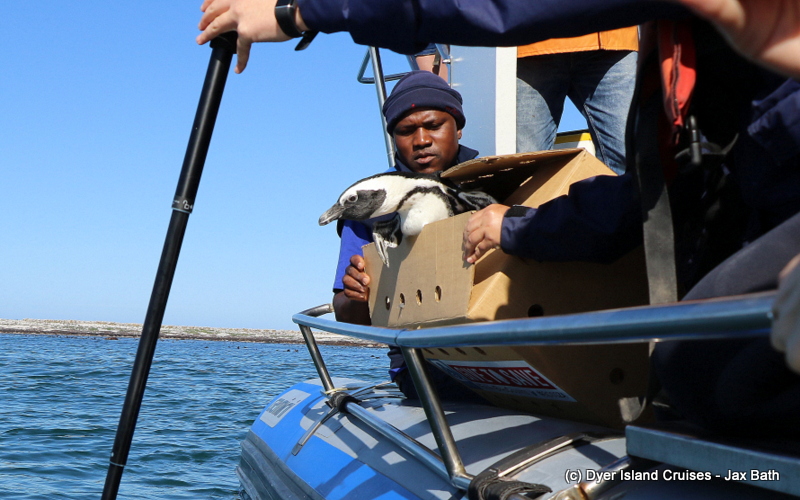 About to take the plunge. 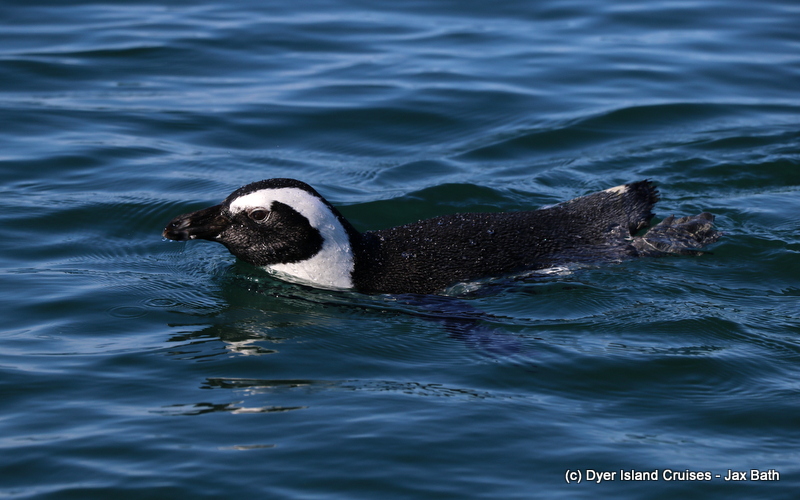 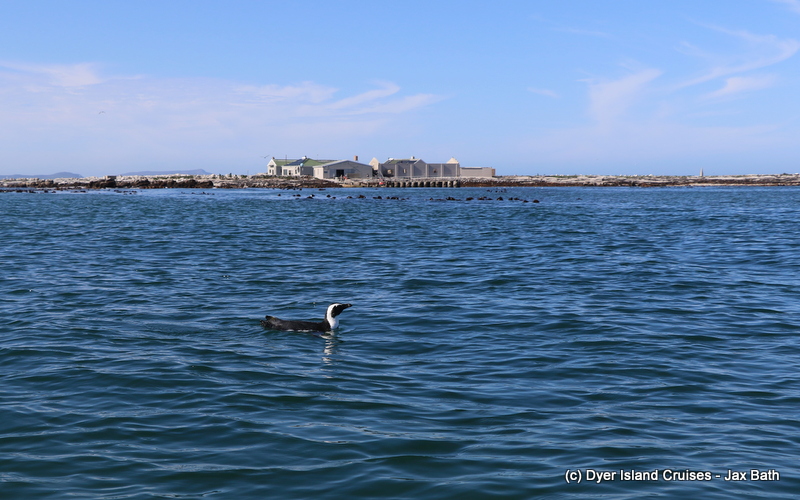 Mr Penguin with Dyer Island in the background. 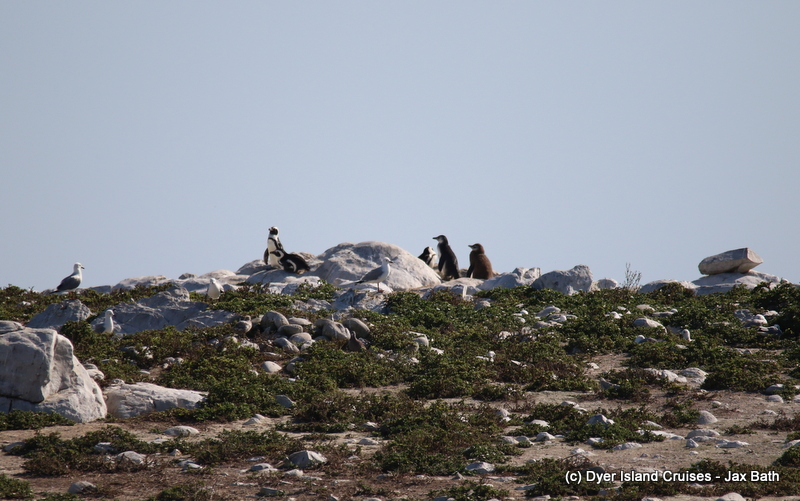 look at our fluffy chicks. 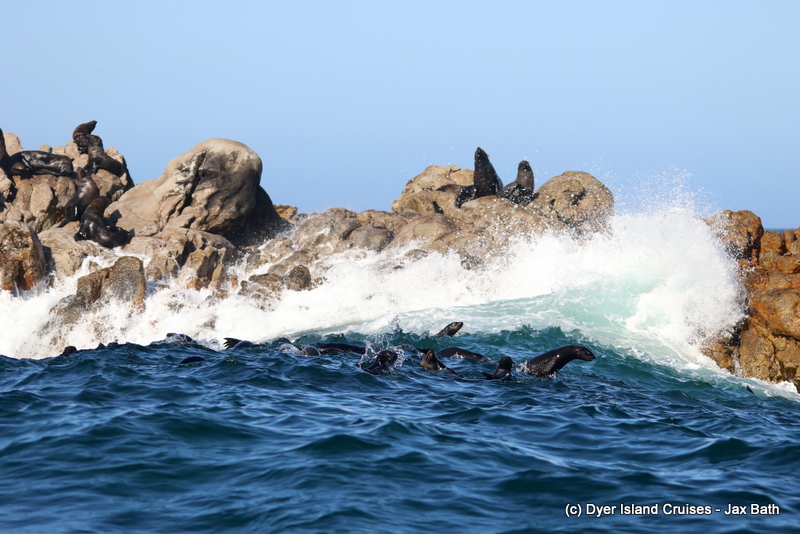 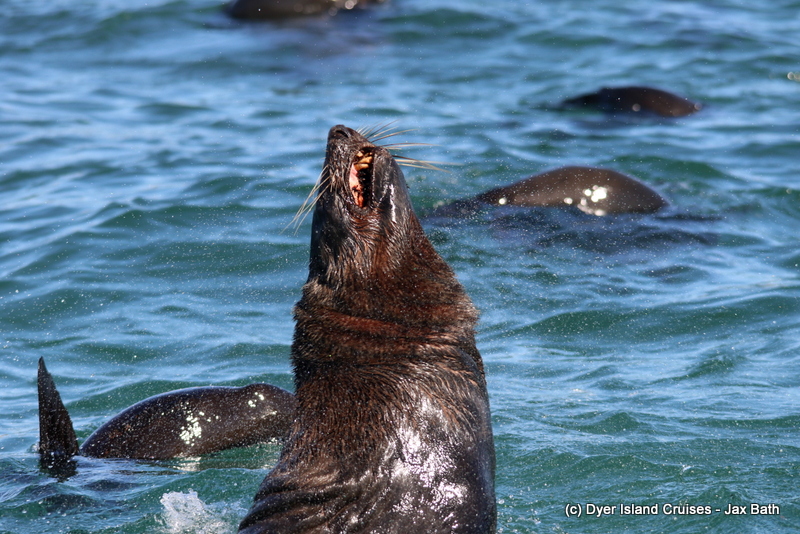 Shaking off the week. 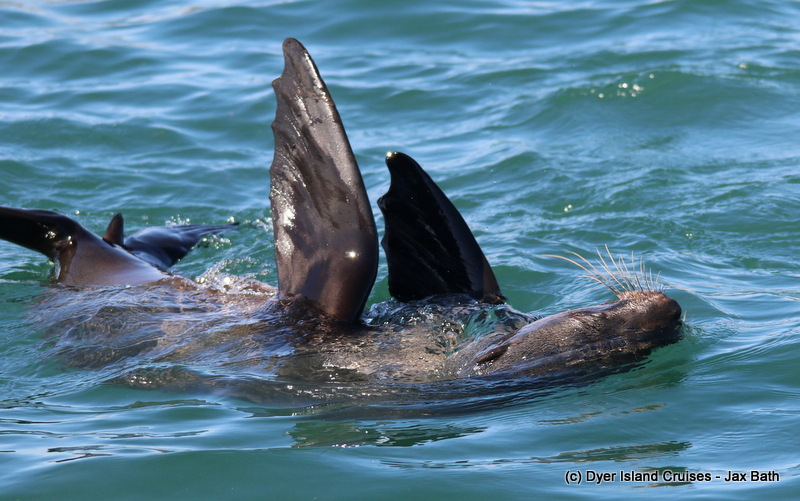 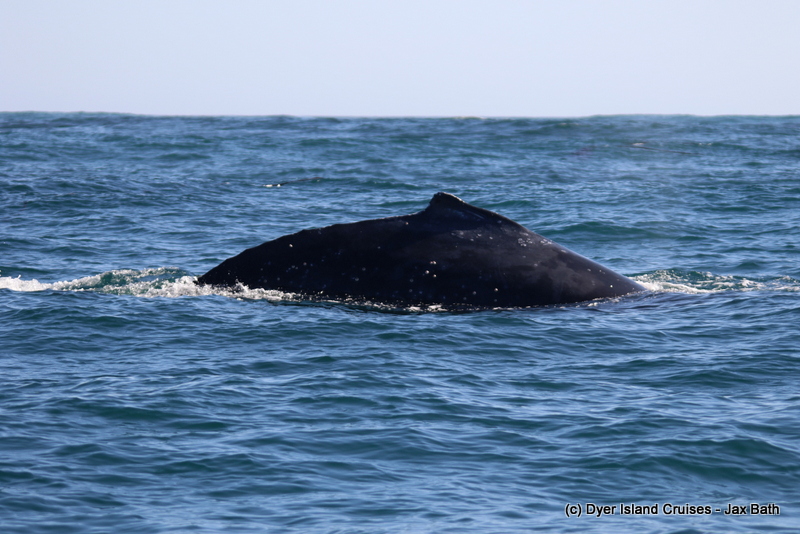 We found this Humpback Whale right behind Dyer Island. 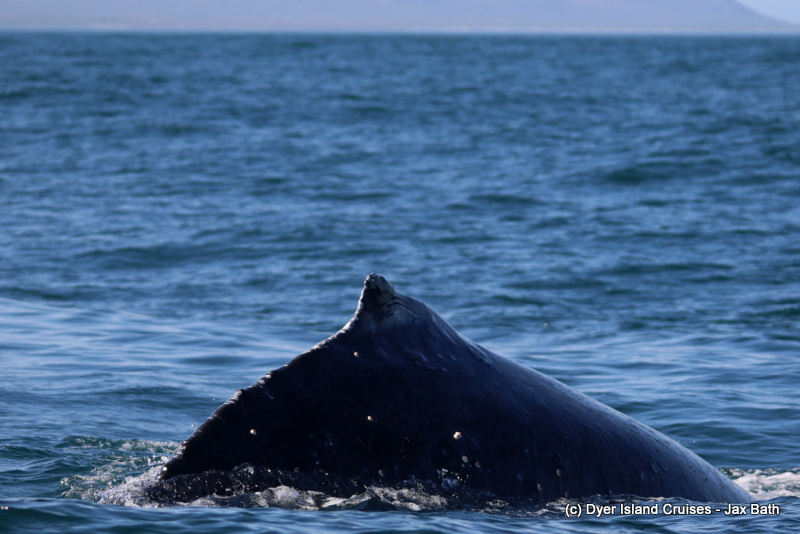 This whale surfaced super close to the boat. 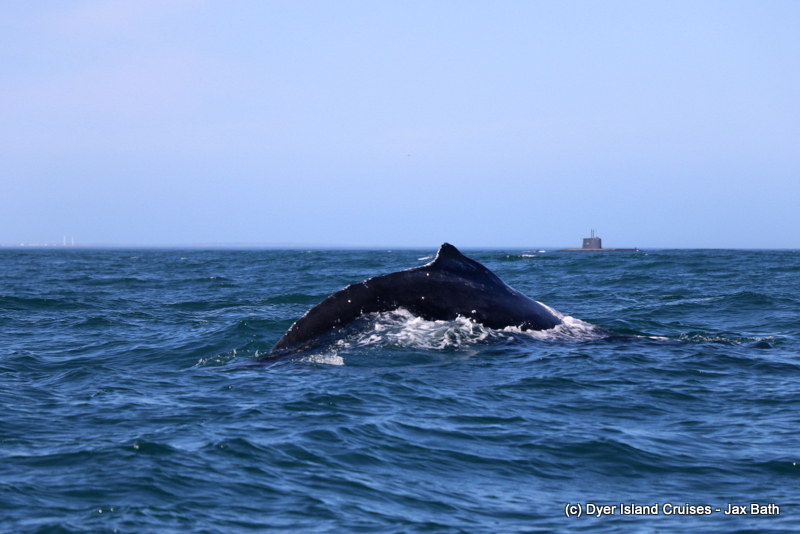 When have you ever seen a Humpback Whale with a submarine? 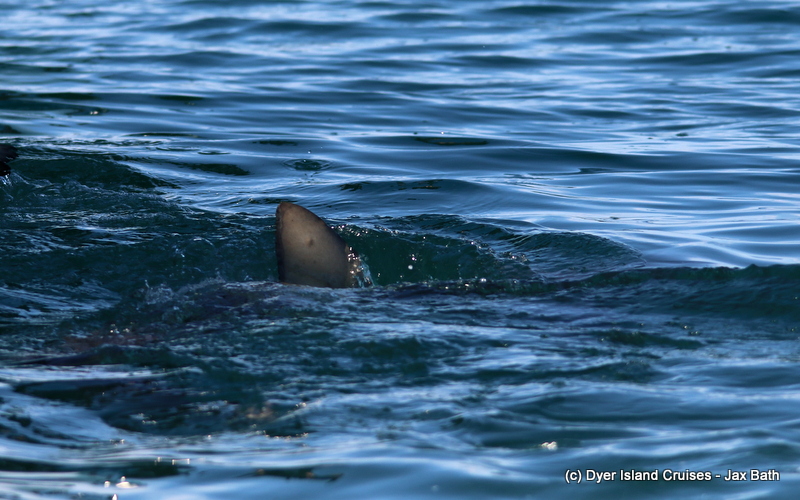 The Copper Shark over at Slashfin.