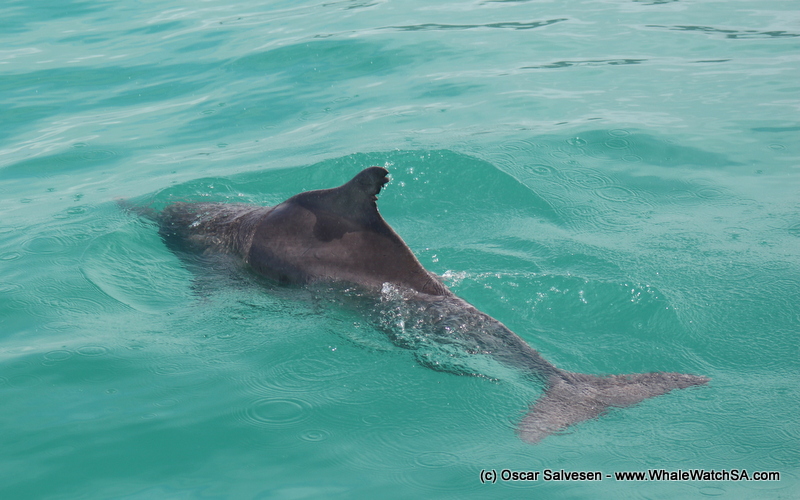 Another day with some great marine wildlife. On our usual way along the coast we have been lucky once again to find the endangered Indian Ocean humpback dolphins. And what a great encounter it was the dolphins approached our vessel, and we got some great looks. Arrived in Shark Alley we watched the cape fur seals on Geyser Rock and in the water and spotted more than a dozen giant petrel. Giant petrels are scavengers and are often seen this time of the year around the cape fur seal colonies. Out in deeper water we have been lucky to encounter a Bryde’s whale traveling south. After surfacing a couple of times the whale took a deeper dive and we continued with out journey. Just before reaching Kleinbaai harbour we came across a big raft of African penguins, definitely not something we get to see a lot. 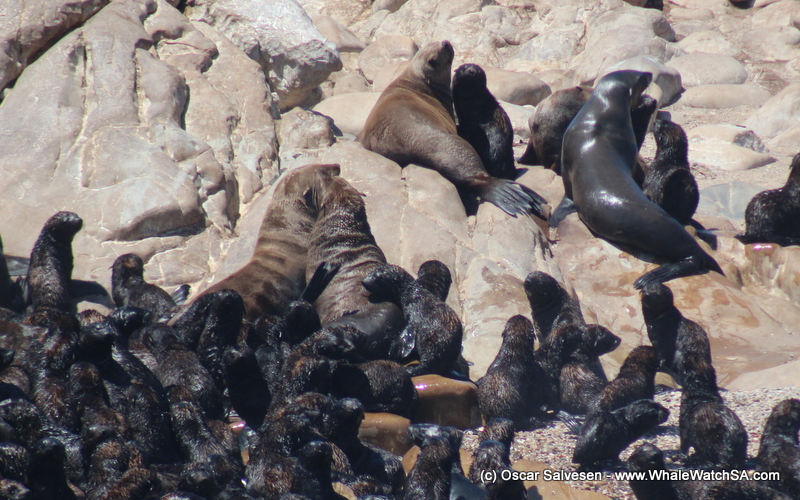 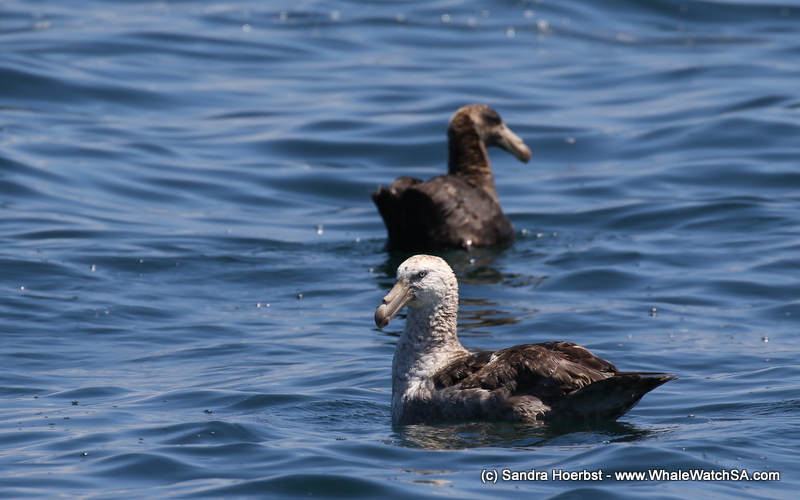 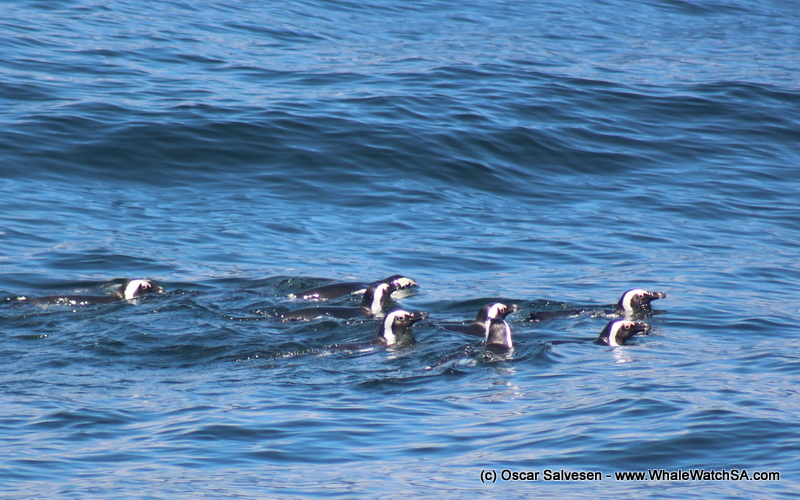 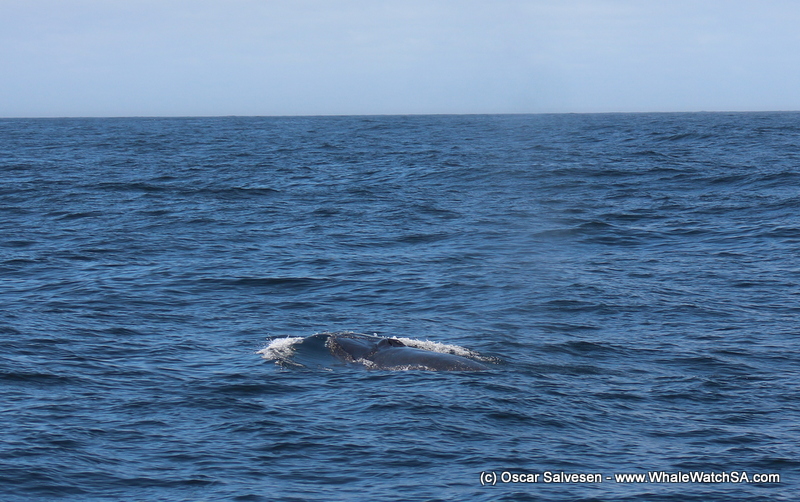 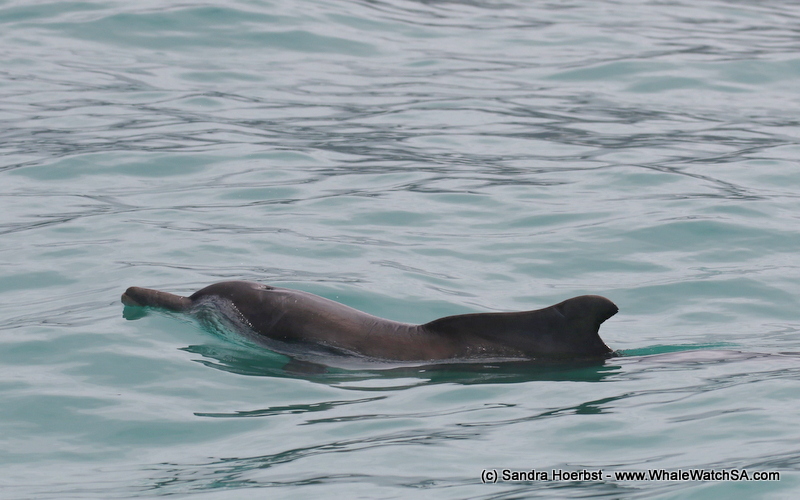 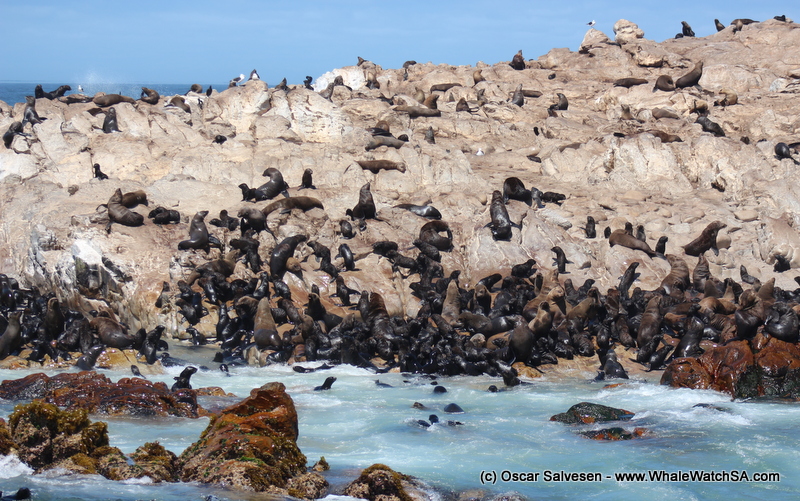 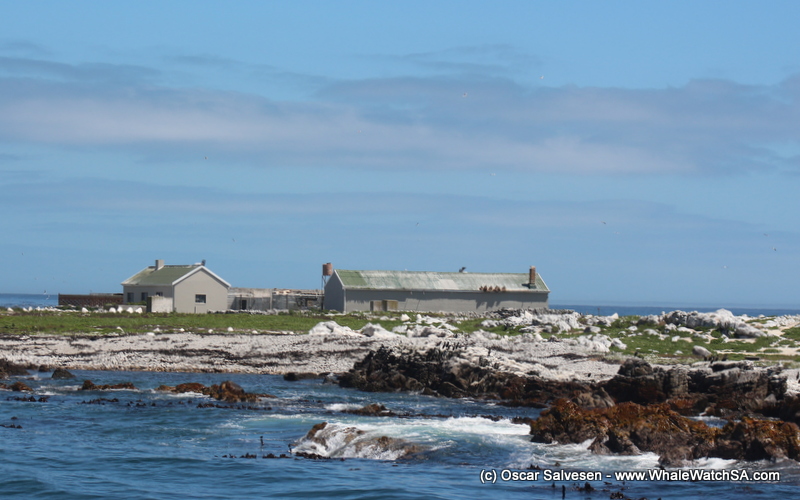 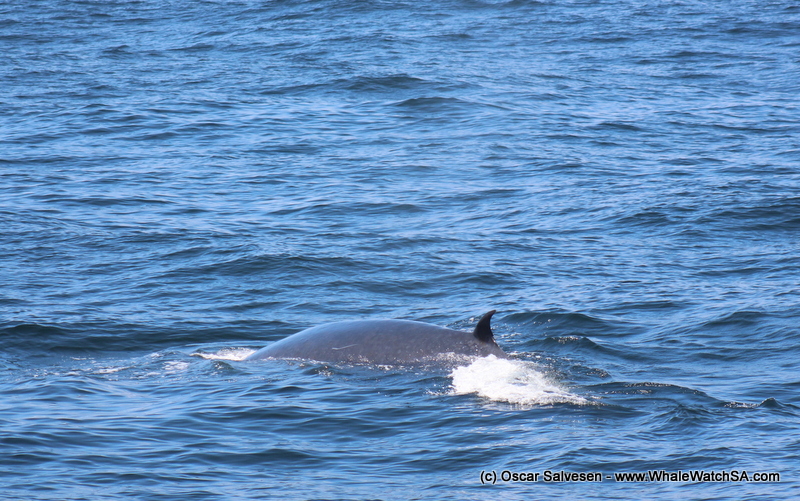 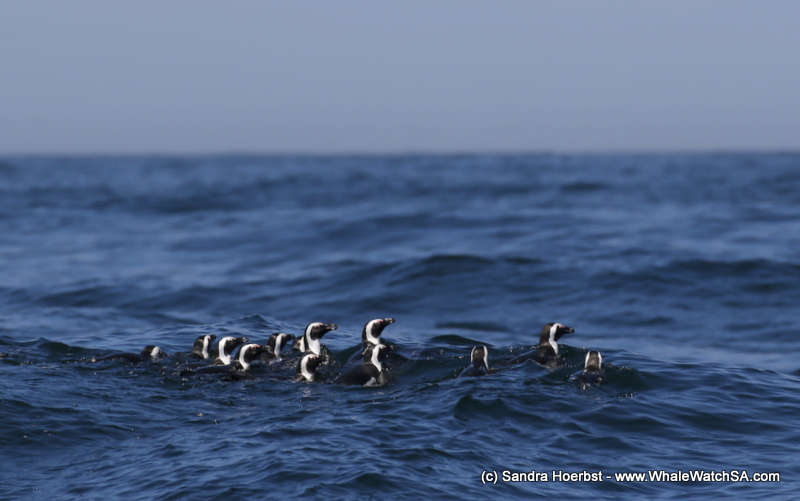