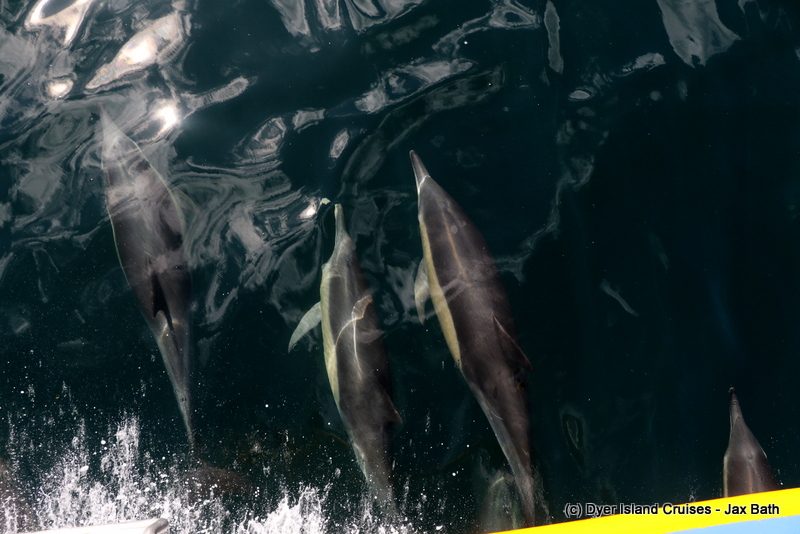 "Best activity in CT! It's not only about seeing animals, also learning more about them. The crew love their jobs and it was a great experience! Thanks!

There is always a luck of the draw element when going out to sea, and today we certainly hit the jackpot! We started off our tour by hugging the coastline and taking a stop at our sister company’s boat, Slashfin. Here, we got a few views of a Copper Shark who surfaced in front of their cage. We spent some time waiting for the shark to come up and after catching a couple of sights, we decided to head off towards our island systems.

On the way, we picked up some kelp with a juvenile Cape Rock Crab taking refuge between the fronds. We spoke a bit about the kelp forests growing along the reef systems before travelling into an area called Sponge Bay where we got to see some African Penguins. We watched through our binoculars as one little guy did some waddling up the pebbles before cruising into Shark Alley. In Shark Alley, we were greeted with the sight of 60 000 playful ocean Labradors and spent the next while here, taking in the expanse of Pinnipeds.

Once we’d had our fill, we set out in search of some more wildlife in deeper waters. We traversed the outskirts of the bay before beginning to make our way back towards the harbour. This is when the magic started, with an Ocean Sunfish. With great visibility under the water, we were able to watch as this massive bony fish drifted past us, most probably in search of some Box Jellyfish. We’d seen some Box Jellies a little earlier on in the tour, so we were hopeful that he might find a meal.

As we were watching the Sunfish, Kira’s eagle eyes spotted something even more spectacular. A pod of around 50 Common Dolphins began to make a b-line for the boat, ready to have a whale of a time hanging out with us. Once these stunning creatures caught up with the boat, they began to bow ride and whistle, to the elation of all aboard. As we travelled with the dolphins, we were also witness to the incredible sight that is echolocation in action. We watched as the dolphins caught up with 2 small schools of fish, obliterating both within minutes and sending fish scattering, some through the air. As a guide, I’ve never seen a hunt quite like this before and it is safe to say that by the time of our return, we were all on cloud 9. 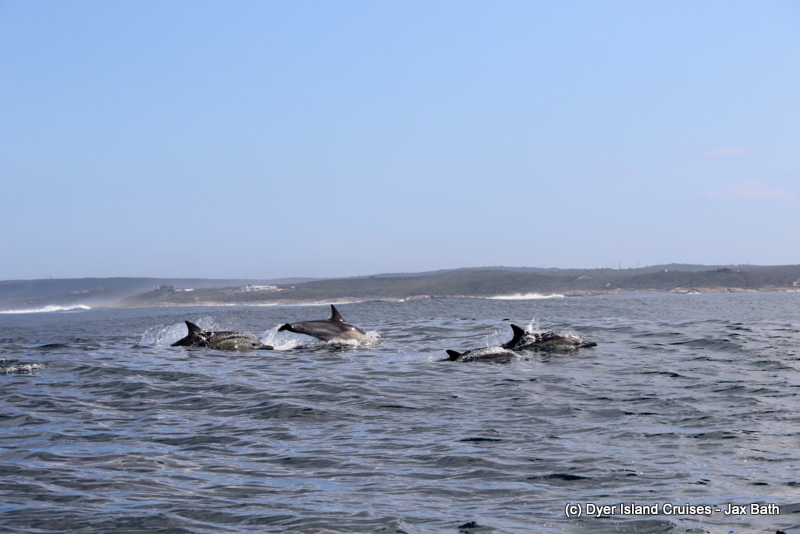 The dolphins picked up on some fish during the tour, which caused them to pick up speed. 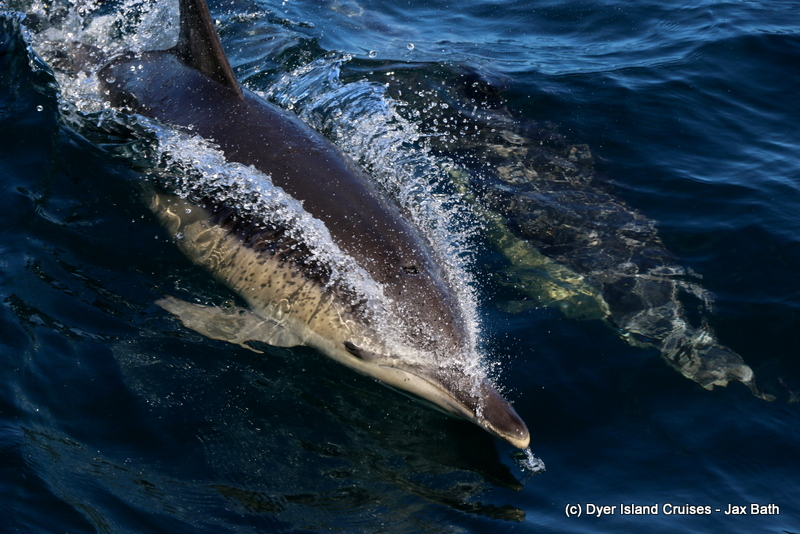 A close look at the face of a bow riding dolphin. 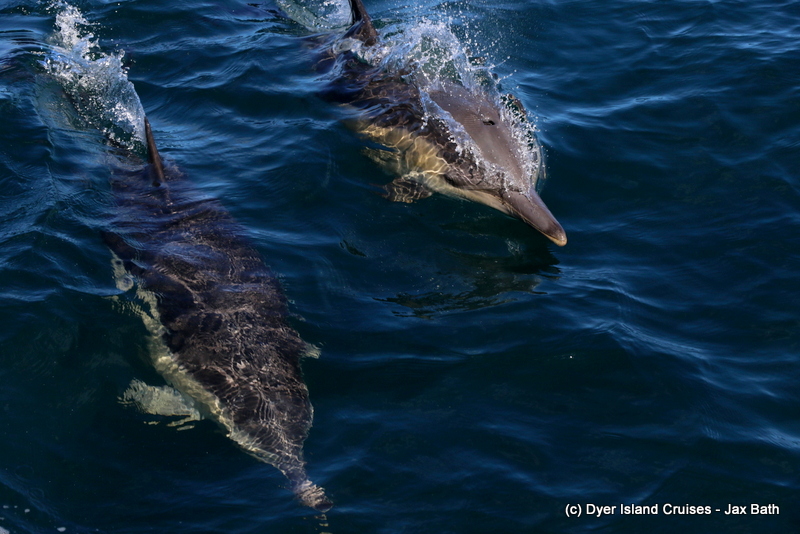 Dolphins are famous for seeking out boats for a bit of fun. 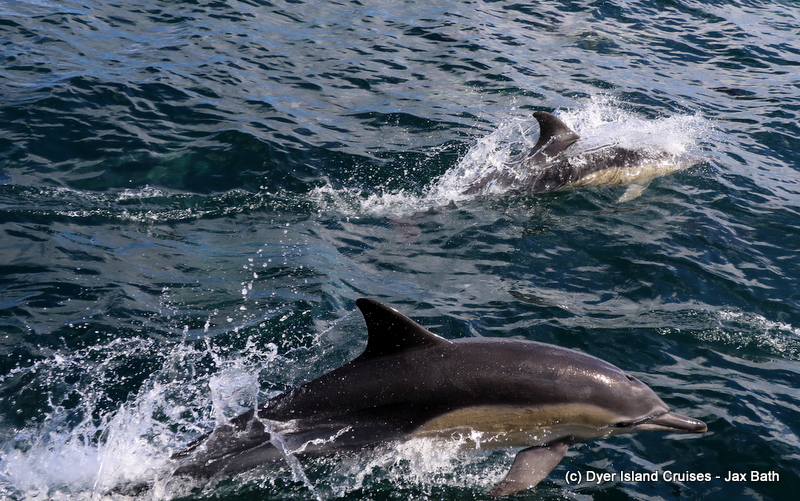 We spent a good 20 minutes travelling with these incredible creatures. 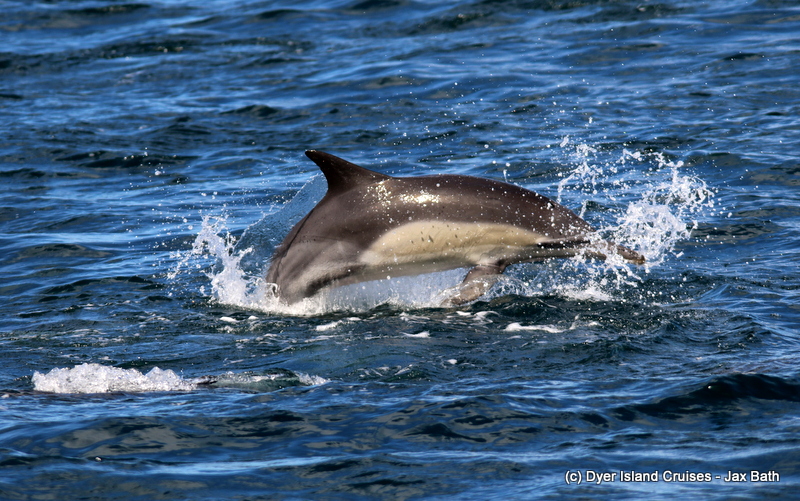 This dolphin was doing some fishing, and we were lucky enough to get to watch this spectacle. 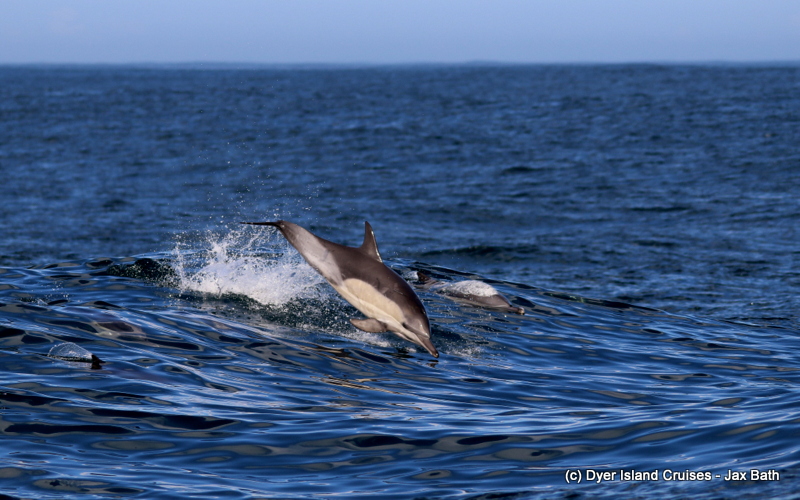 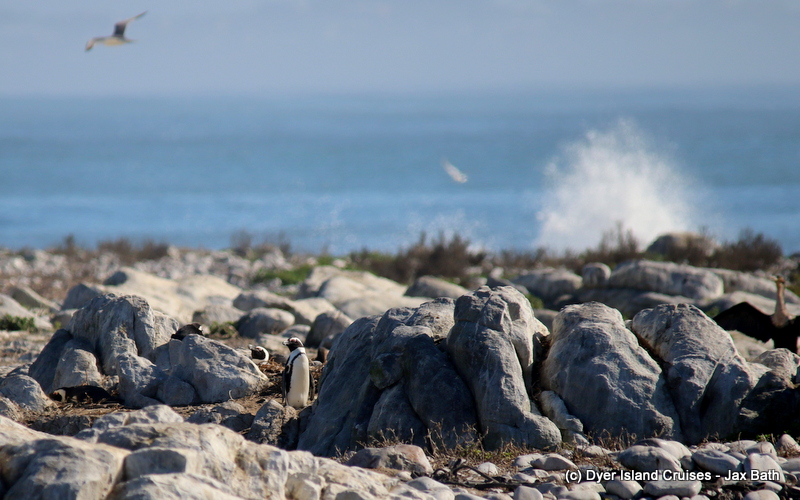 An African Penguin popping out on Dyer Island. 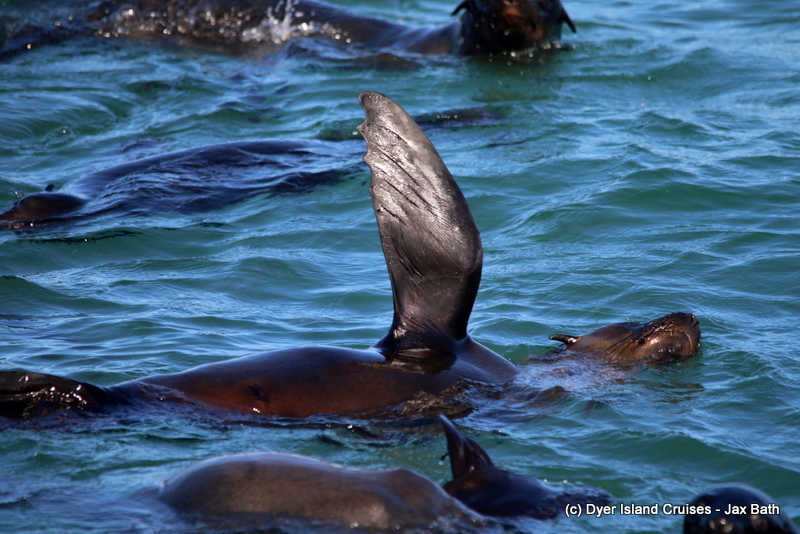 A Cape Fur Seal cooling down. 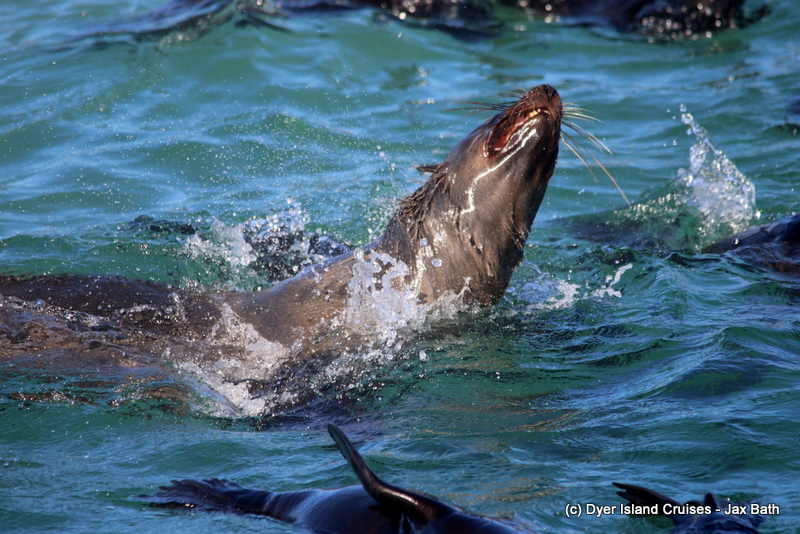 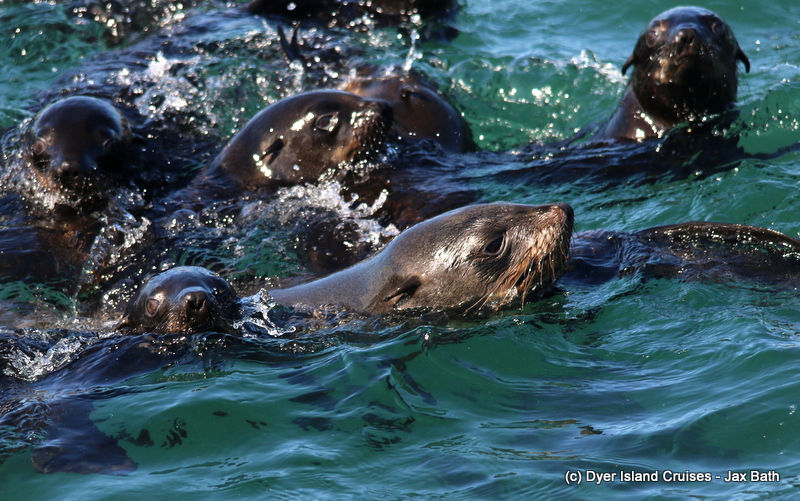 Lots of pups practicing their swimming with an adult in front. 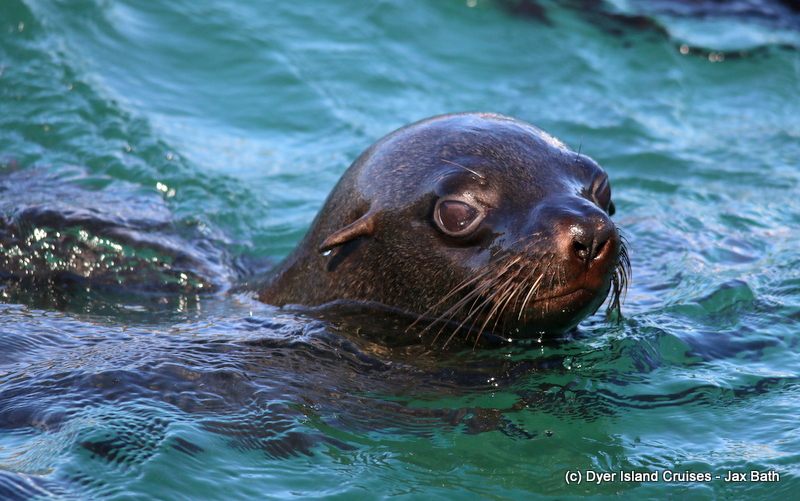 A seal whose thoughts are far away. 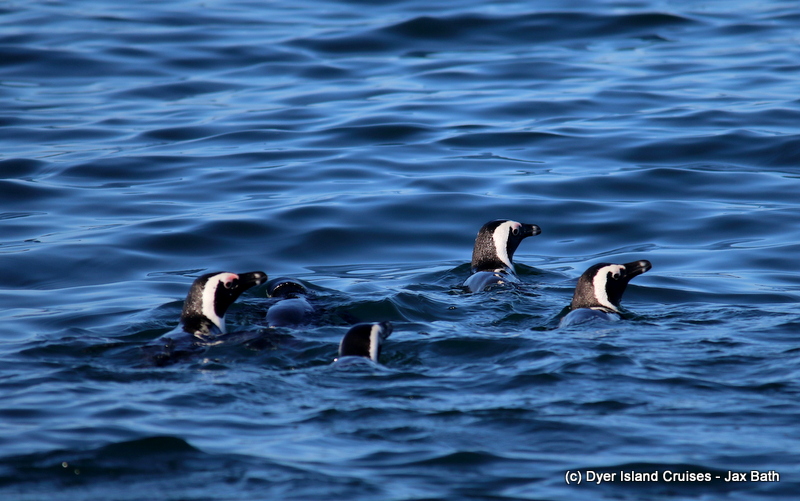 A beautiful raft of African Penguins. 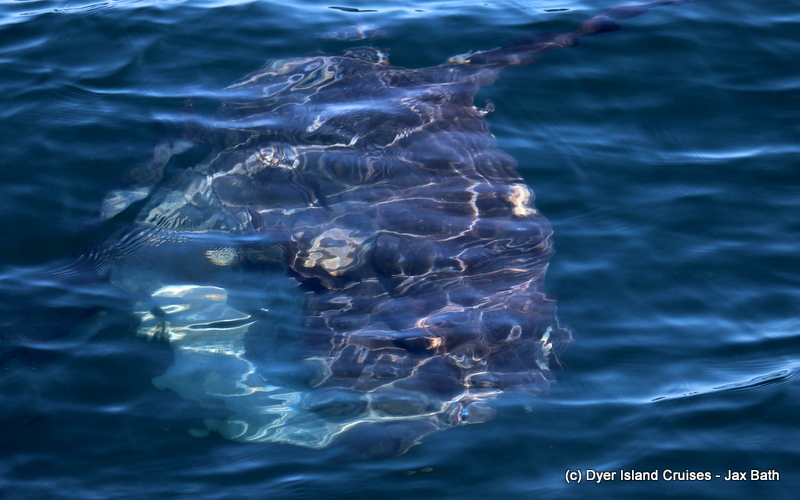 A Large Sunfish we got a few views of before spotting the dolphins. 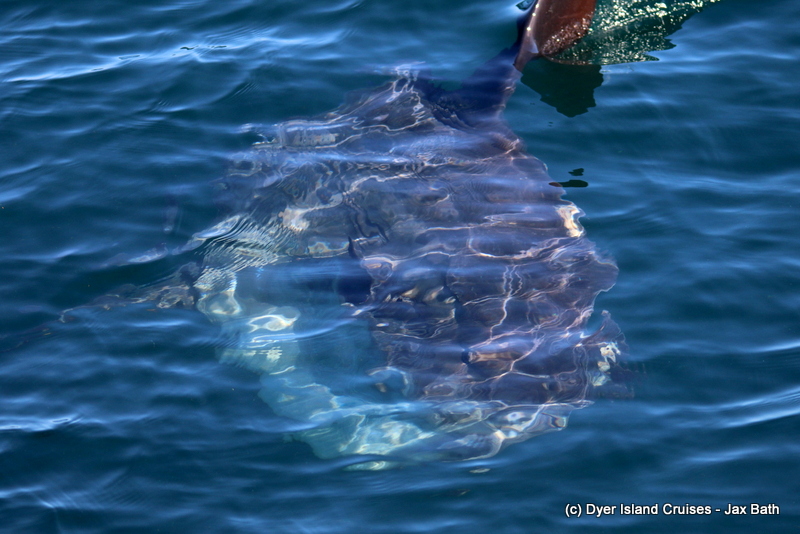 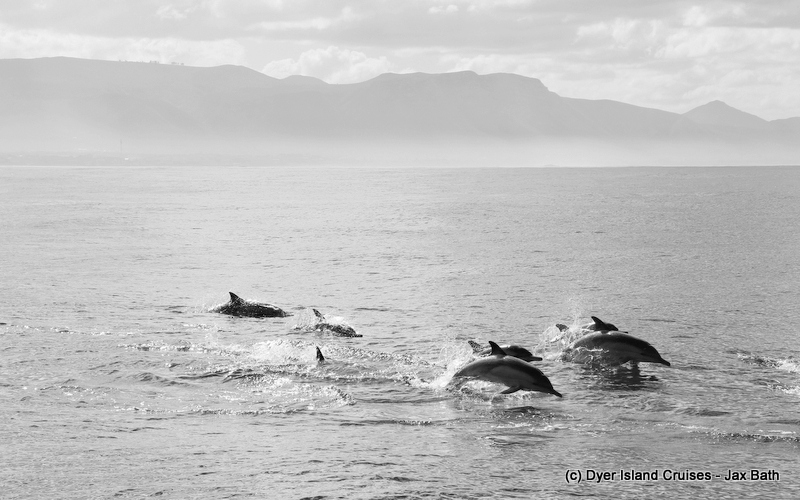 Some images just look better in black and white. 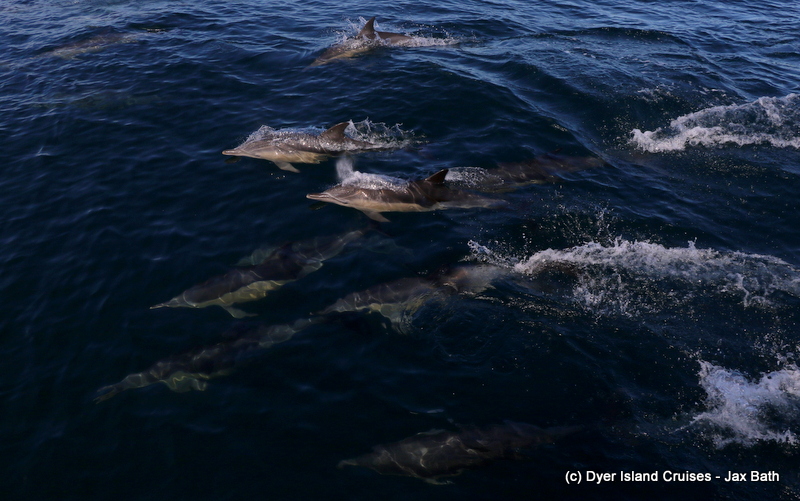 We had about 50 dolphins join us on our tour today, and we believe it might be a scouting pod. 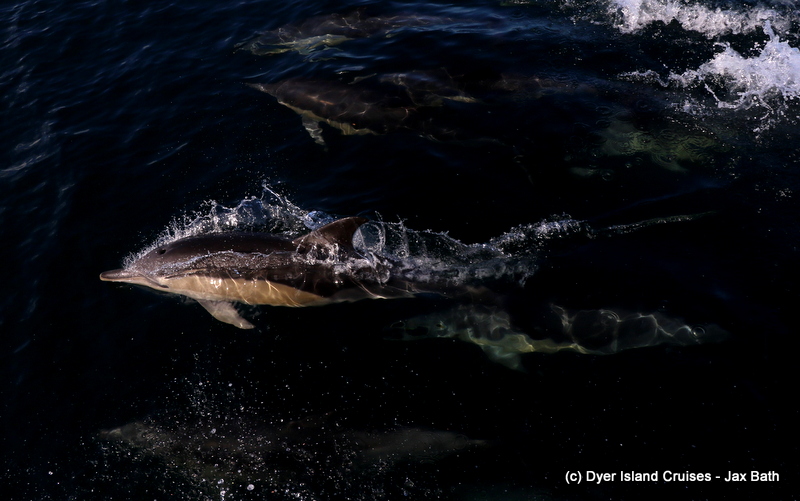 The colouration is one of the most stunning of any dolphin in the world. 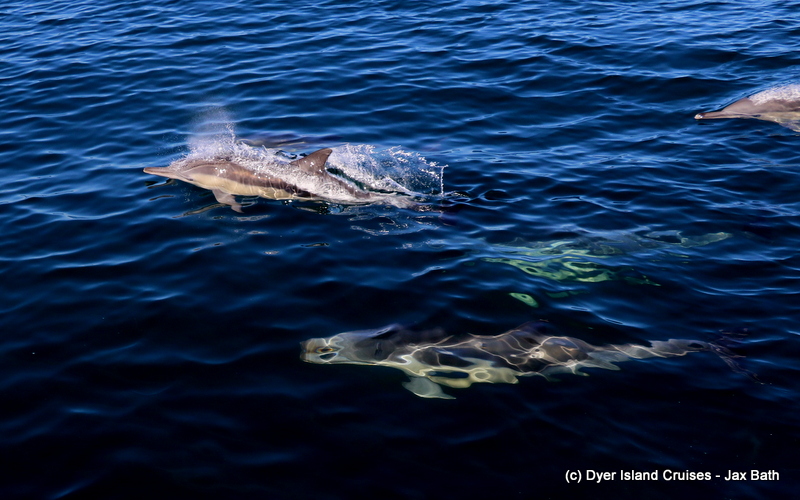 We also had beautiful visibility today. 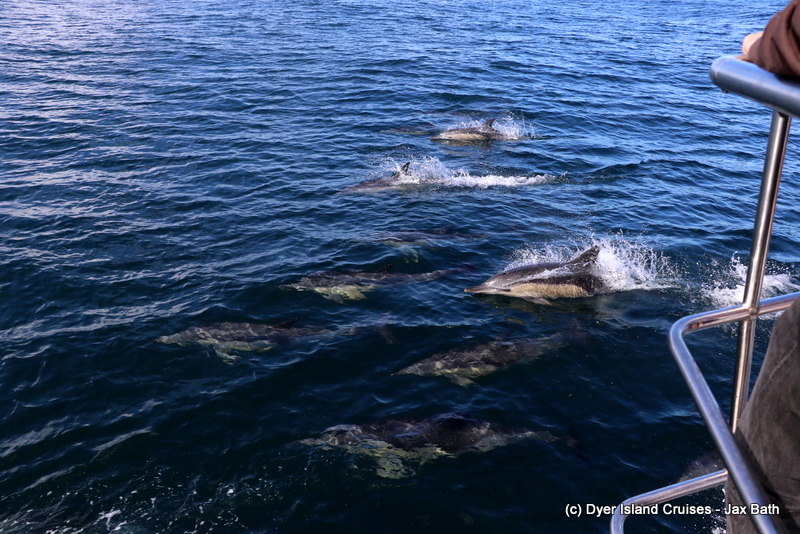 Watching Common Dolphins is a sensory experience, with our aluminium bow amplifying the whistling of these toothed whales. 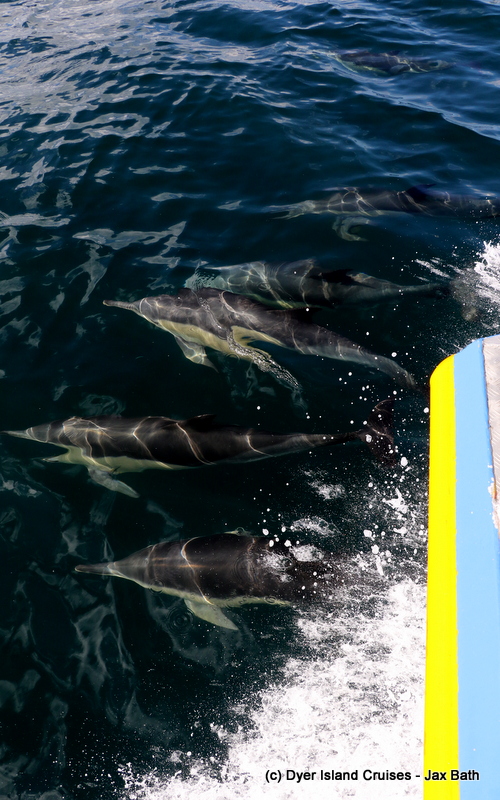 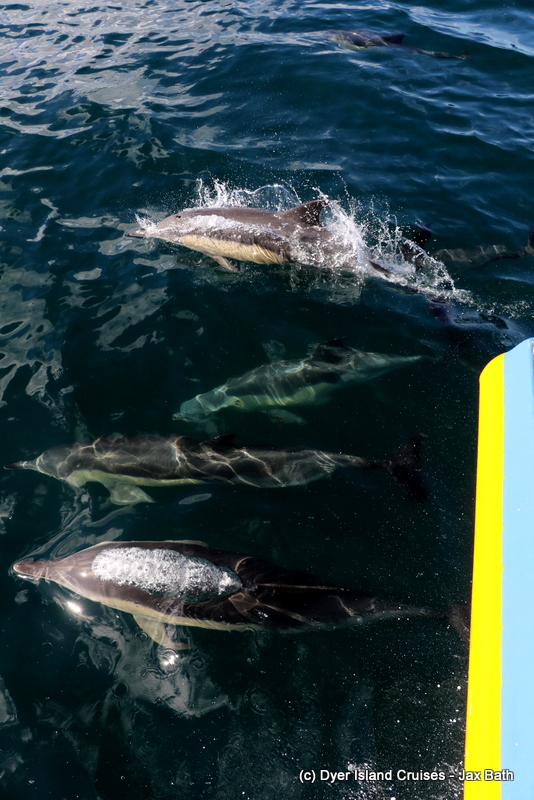 We could not get enough of these animals, who took time out of their day to play with us. 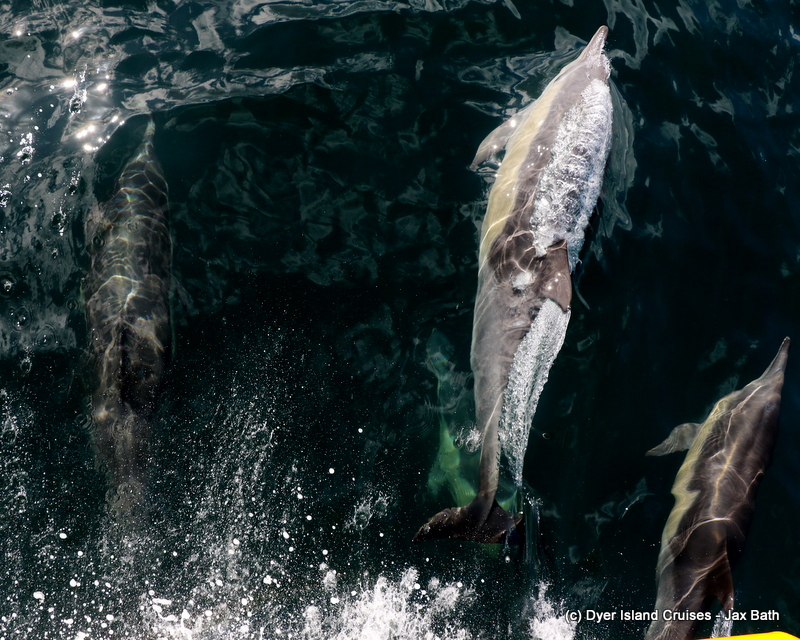 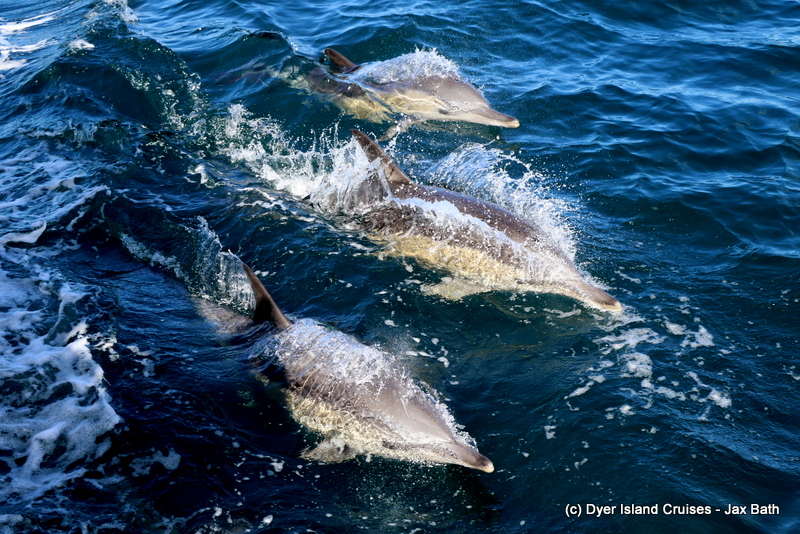