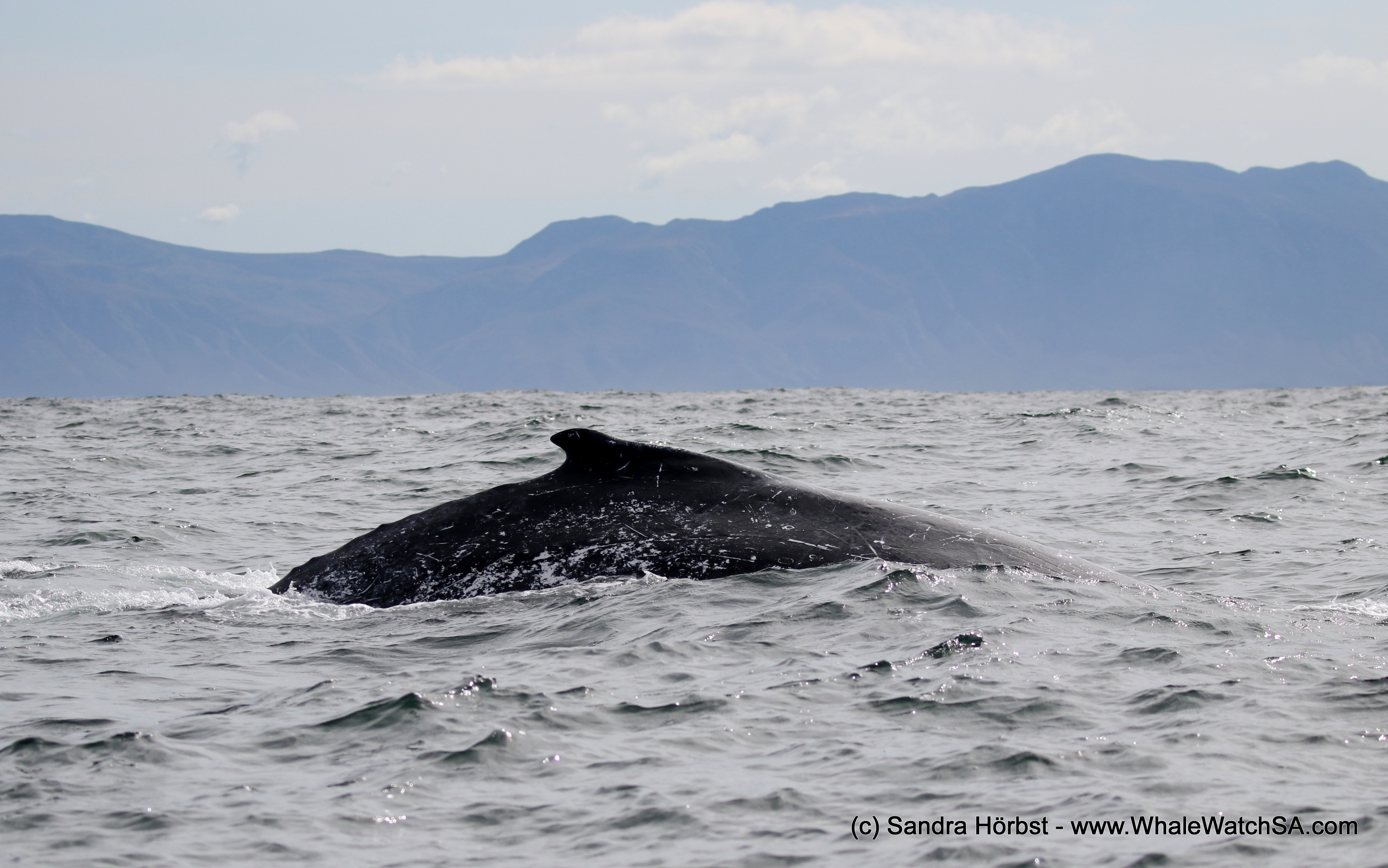 Some wind was predicted for this afternoon, so we decided to launch our boat in the morning and spend some time at sea. Due to spring tide we launched from Gansbaai harbour, which is always great and gives us the opportunity to scout for whales in the area around Danger Point. Not long after being at sea, we spotted a Sunfish often referred to as Moonfish in some countries. Just as we reached the end of the Danger Point peninsula we spotted some promising blows further ahead of us. Approaching the whales respectfully we could see it was a group of four humpback whales, possible some males escorting a female. While traveling alongside the group they relaxed and slowed down their travelling speed so we could get some amazing looks.
After a shorter drive we reached Shark Alley and the Cape Fur seal colony on Geyser Rock. And just around the corner from there we made closer stop at Dyer Island to see the endangered African penguins as well as other bird species commonly seen in the area. 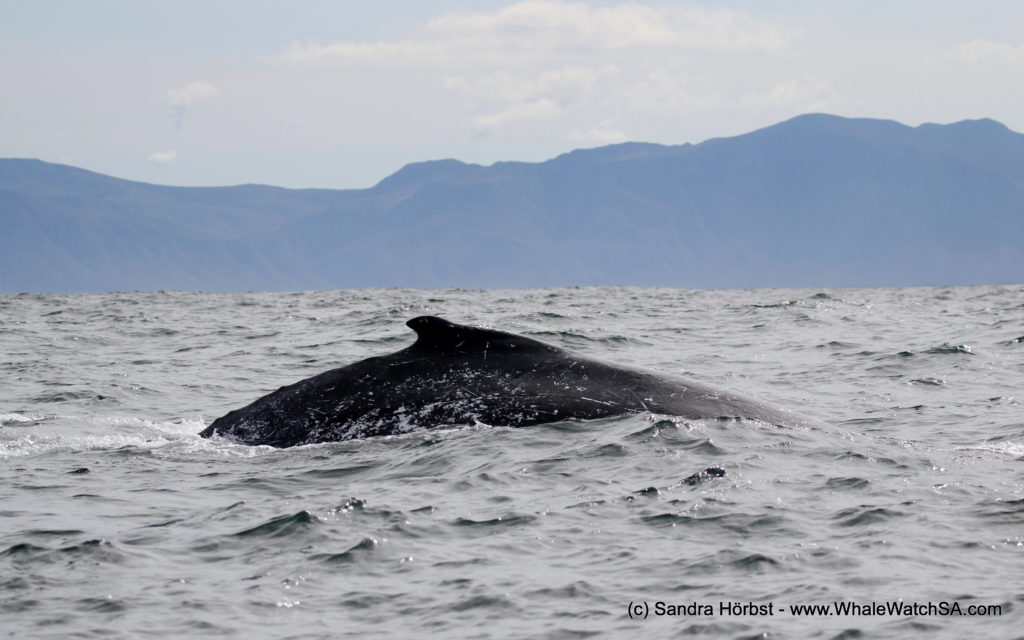 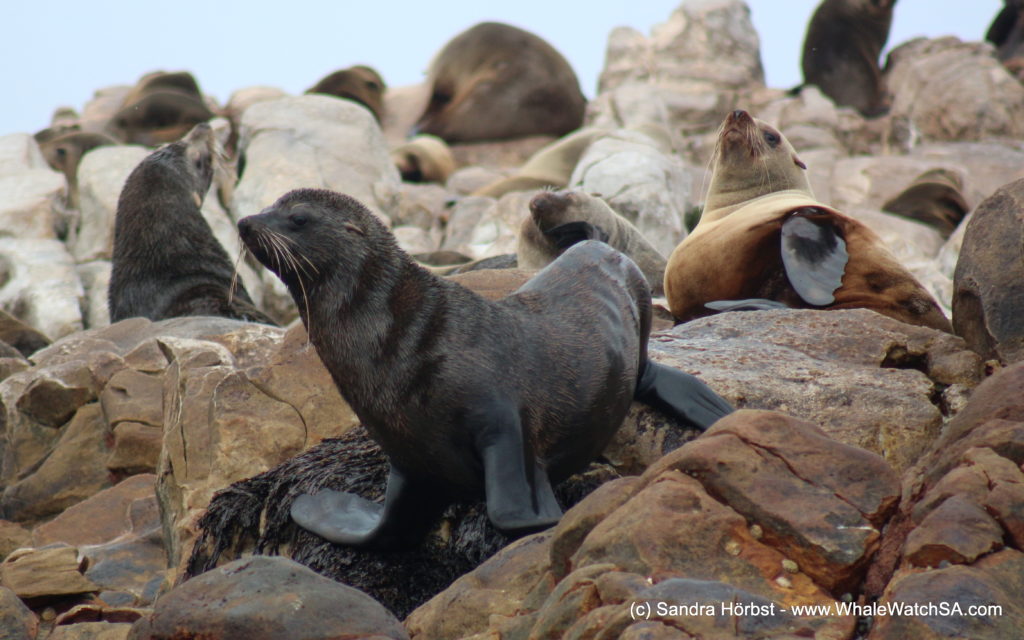 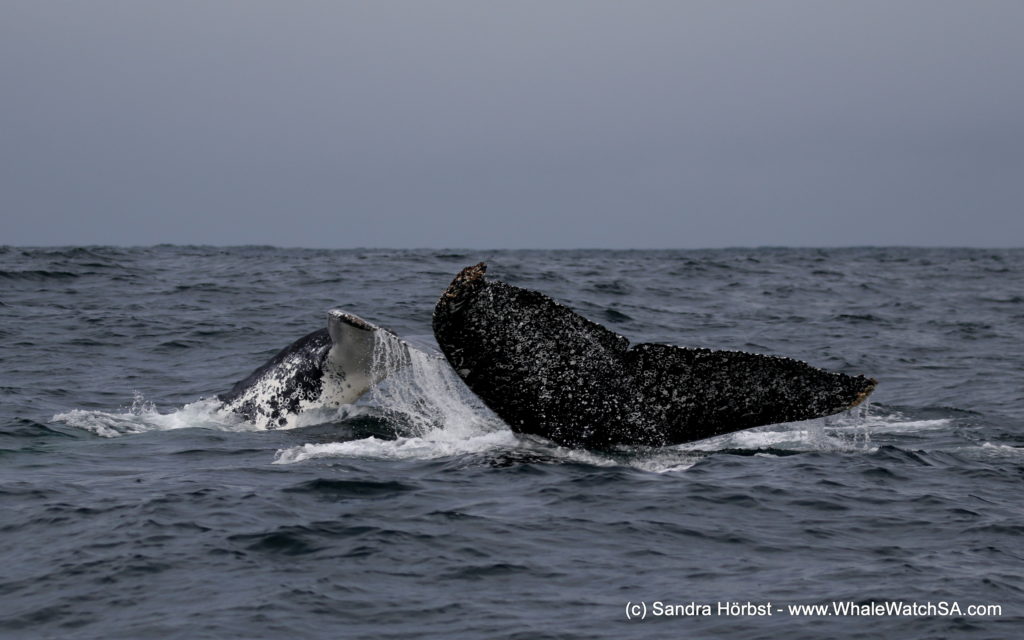 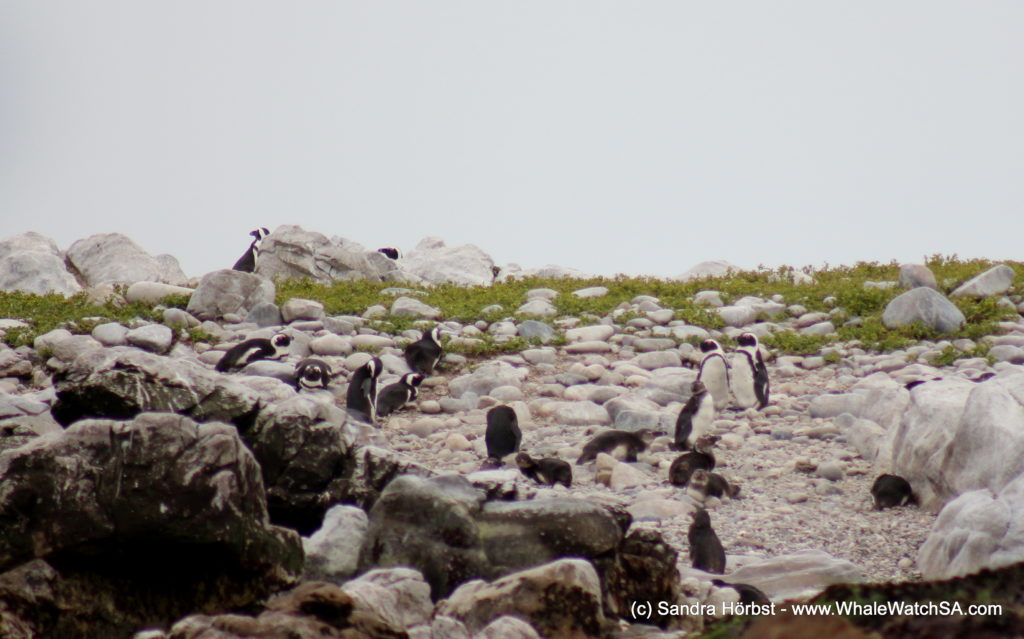 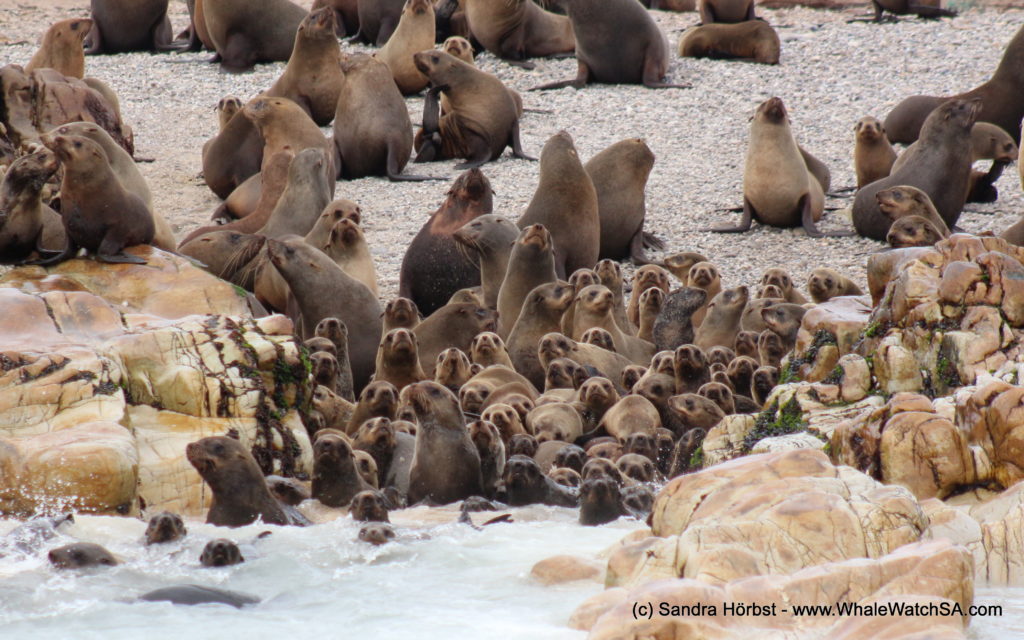 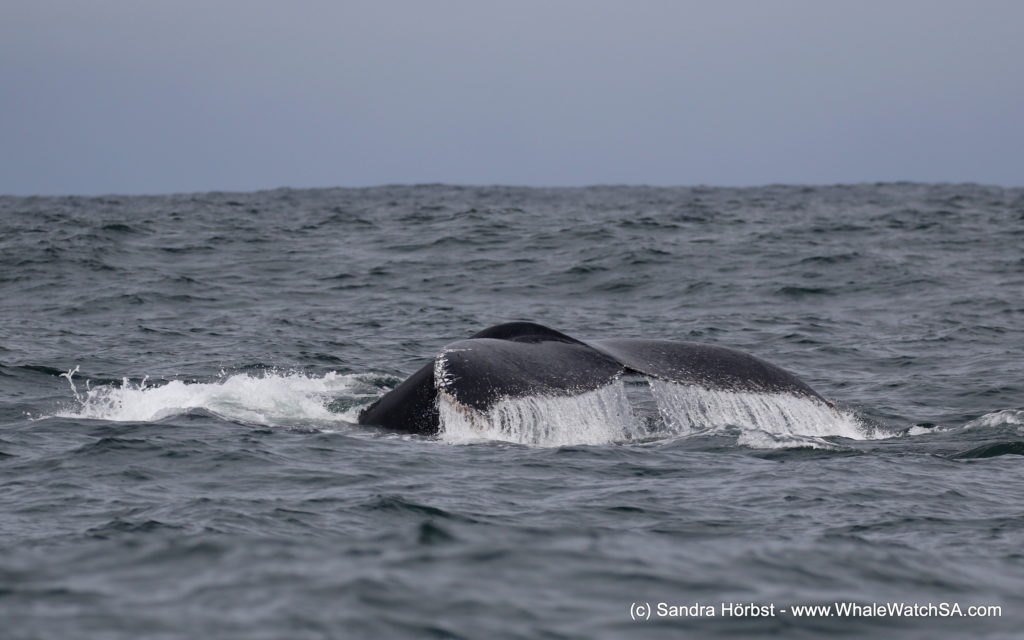