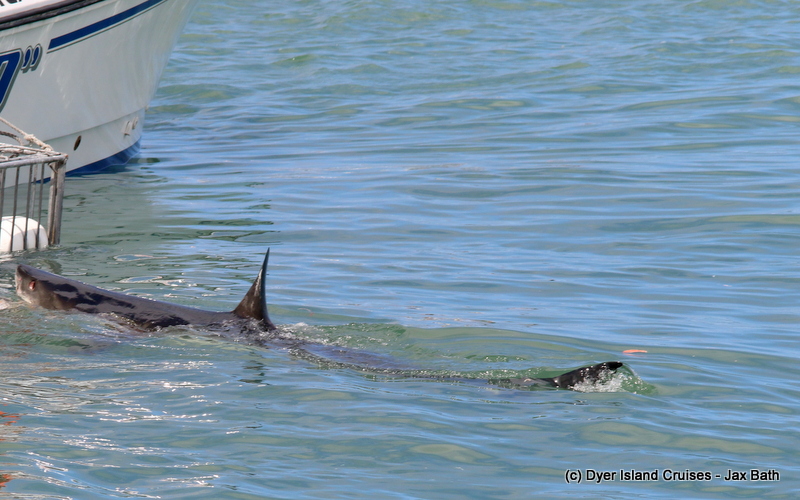 We had the most incredible surprise today when we got to see a Great White Shark over in The Shallows. After 9 weeks without a sighting at one of our boats, we were ecstatic to have this apex predator around the boats. Great White Sharks are highly migratory, travelling thousands of kilometers through the ocean. we are said to have between 800 and 1000 White Sharks moving through our bay, and it looks although we have 2 different animals around the boat, one 4m and one 2.5m. We got to see the 2.5m come up to investigate the bait, at first, we spotted only the shadow but were absolutely thrilled when the shark started to become more active, exposing that iconic dorsal fin and even giving us a view of his eye.

We also got to see a Copper Shark over at Slashfin too, with this requiem shark also giving us a nice look as it came up out of curiosity. After all this shark-y excitement, we then picked up a piece of Sea Bamboo, which everyone got to have a taste of before we head on into Sponge Bay.

In Sponge bay, we tried to point out some African Penguins sitting on the rocks, and we were lucky to have several penguins having a rest. These birds were sitting between the Cape Cormorants, who were few in numbers as it looked like they were out fishing. The whole island actually looked a bit empty, which may indicate some fish in the open ocean.

After checking out our bird colonies, we made our way towards our Cape Fur Seals who were as playful and adorable as ever, playing on the island in the pools just above the waterline. We also had a few seals hanging out in the water. After spending some quality time here, we made our way behind the back of the island to search for some more wildlife before making our way back to the harbour. 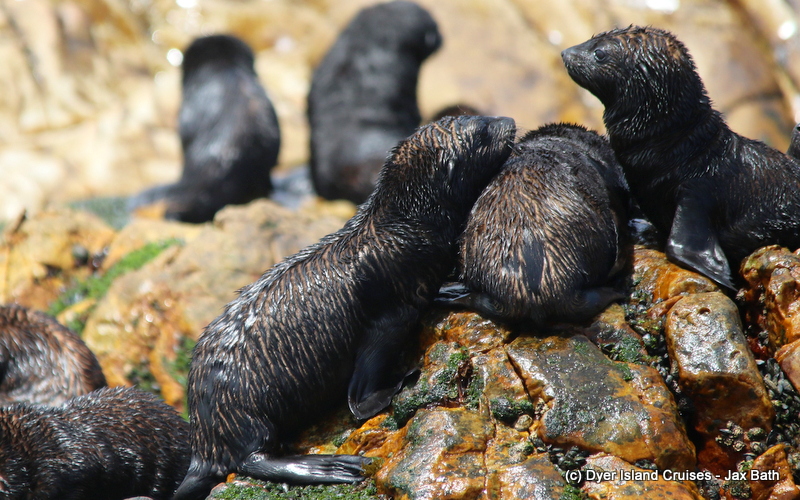 Pups taking on the world. 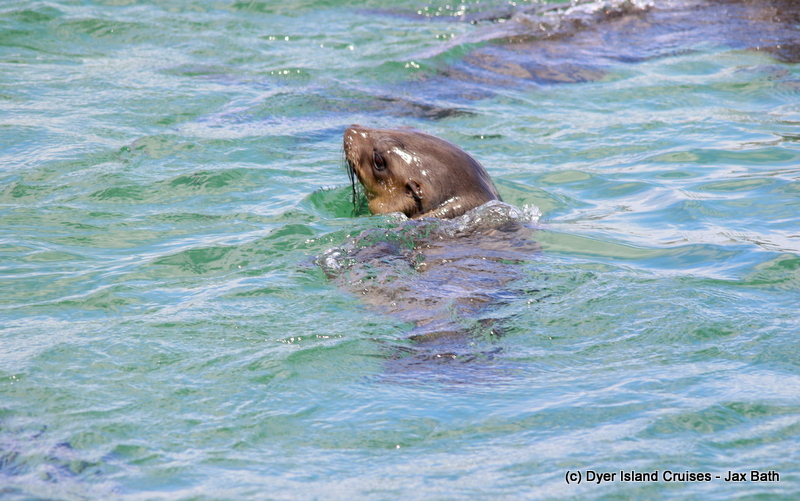 Checking out the world above the water. 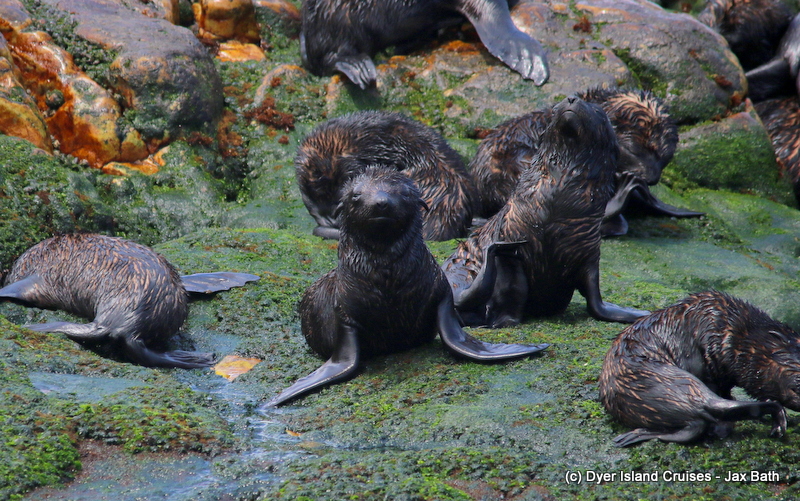 A cutie on the island. 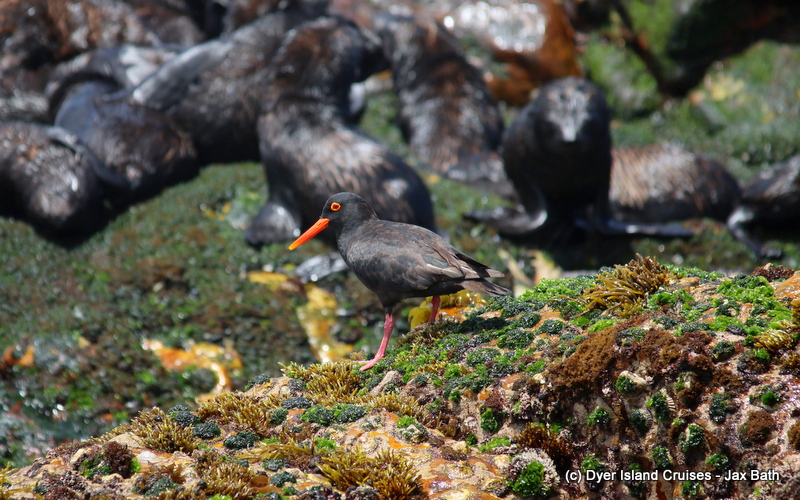 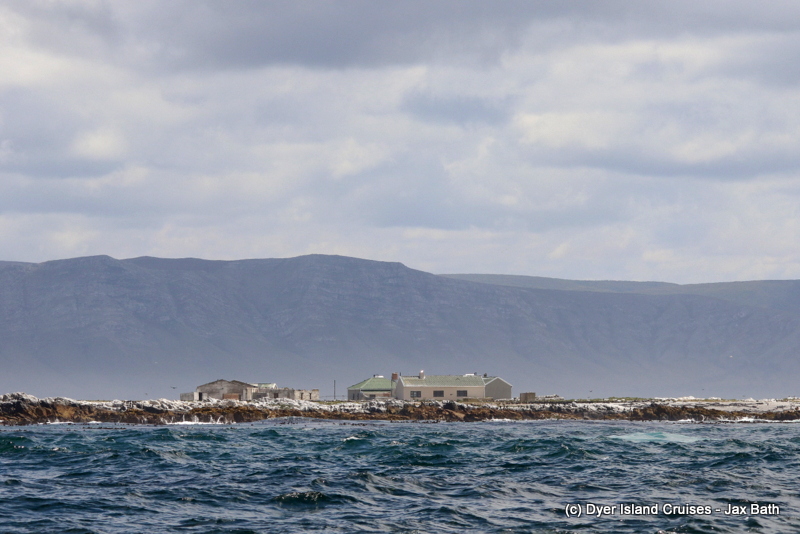 The Houses of Dyer Island. 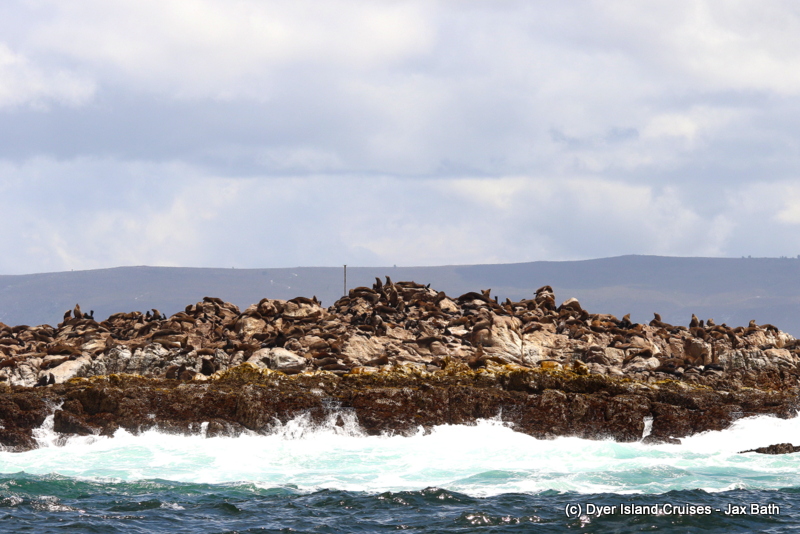 A wider view of the back of Geyser Rock. 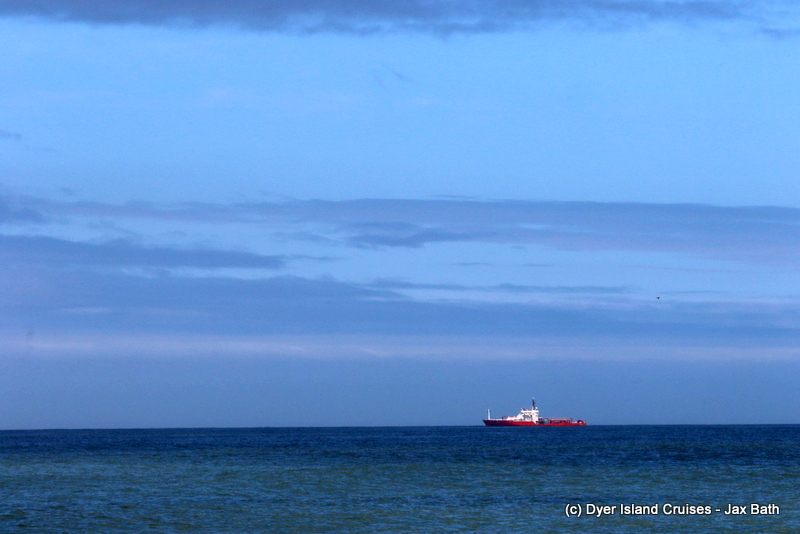 A patrol vessel on the skyline. 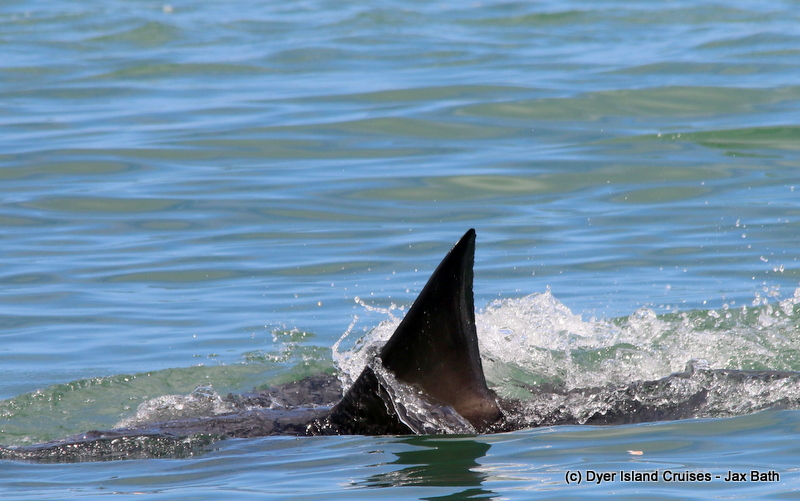 A dorsal shot of the Great White Shark.

Our first white shark in ages, a very special sight. 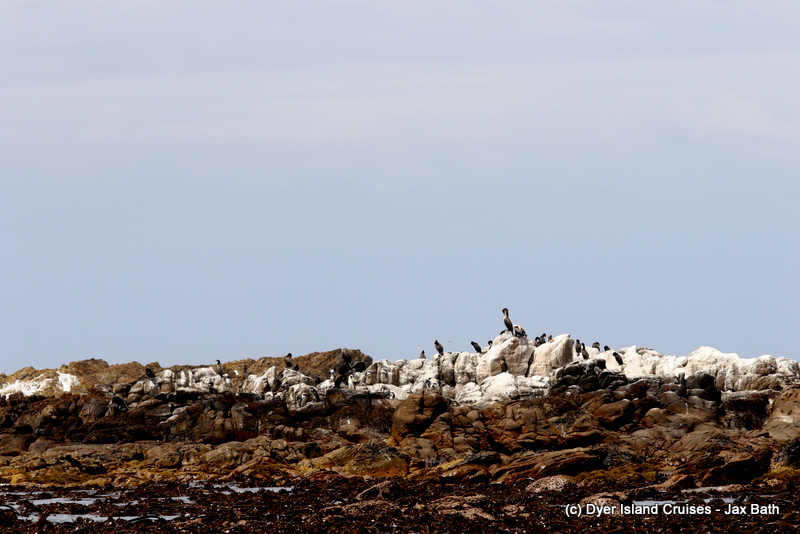 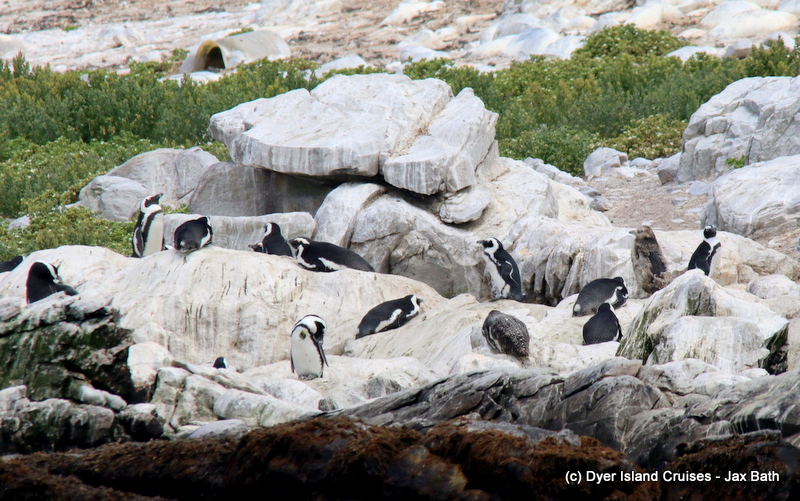 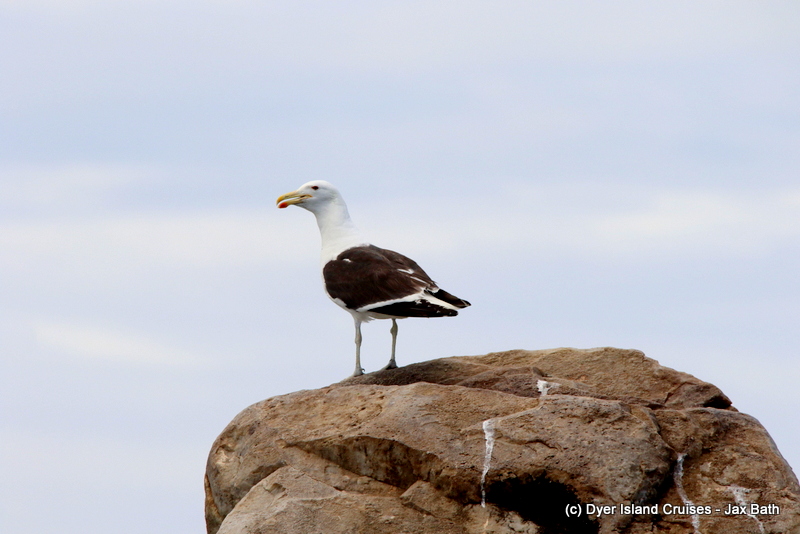 A Kelp gull looking over his kingdom. 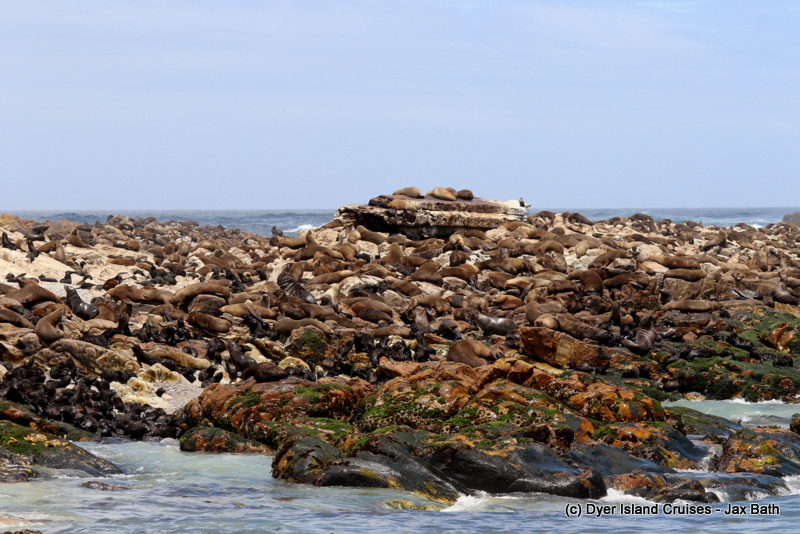 The keel of the Prince Port on Geyser Rock, which the seals now use as a napping post.