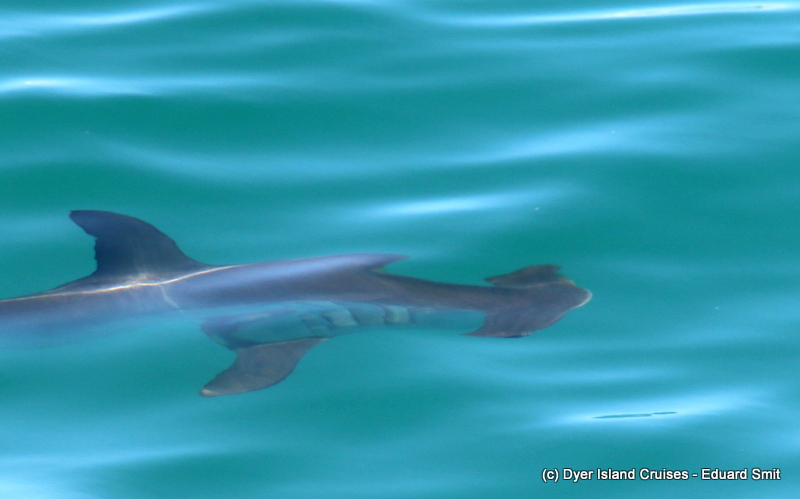 We had yet another incredible time out today, with a sighting of a Smooth Hammerhead Shark taking the cake for spot of the day. In our bay in summer, the wind is usually blowing from the east or south east, which makes our water colder than what it would be in the winter months. This year however, the westerly winds have dominated our days, which has left the water temperature sitting at around 20 degrees Celsius. With water so warm, we’re having some weird and wonderful sights out on our tours.

We started off our trip with a sighting of an African Penguin and  a school of Mullets, which are silver schooling fish that we often find around the shark cage diving boat, we were alerted to the sight by a disturbance in the water and an opportunistic Kelp Gull, who was keeping his eyes on the prize as the fish grouped together, moving in sync and giving us a great look at how they practice safety in numbers.

After watching the fish for a bit, we hugged the coast along the white sandy beaches, heading towards The Shallows, where most of our sharks can be found. Usually, we’re spotting Copper Sharks or Great White Sharks here, but today we were especially lucky to find a different species cruising through. Whilst approaching one of the shark cage diving vessels, Kira’s keen eyes spotted a 1m long Smooth Hammerhead Shark moving at the surface. With much excitement we all moved to the side of the boat, watching as this charismatic creature moved swiftly before taking a deeper dive. In my 3 previous eco seasons, I have never been lucky enough to spot one of these sharks before, and when they have seen these animals in previous years, they have usually been spotted in deeper water. After much excitement, we also watched some Copper Sharks for a while before heading on towards The Island.

Here, we got to see a few more African Penguins hanging out on Dyer island before making our way into world famous waters. The channel between Dyer Island and Geyser Rock is known as shark alley, due to the Great White Sharks that will predate on our Cape Fur Seals, who number up to 60 000. They’re all living on Geyser Rock., and these seals are always a sight to take in.

Once we had spent some quality time with our favourite oceanic pups, we head on out behind the island, where we were also treated to a very special sight. After searching and searching, we spotted the blow of a Brydes Whale! This was our first Brydes Whale sighting for 2018, and we were lucky to have had a very relaxed animal give us a couple of great views as it surfaced. This large baleen whale meant that we ended our tour on a high note, and after watching the whale take a deep dive, we made our way back into Kleinbaai Harbour. 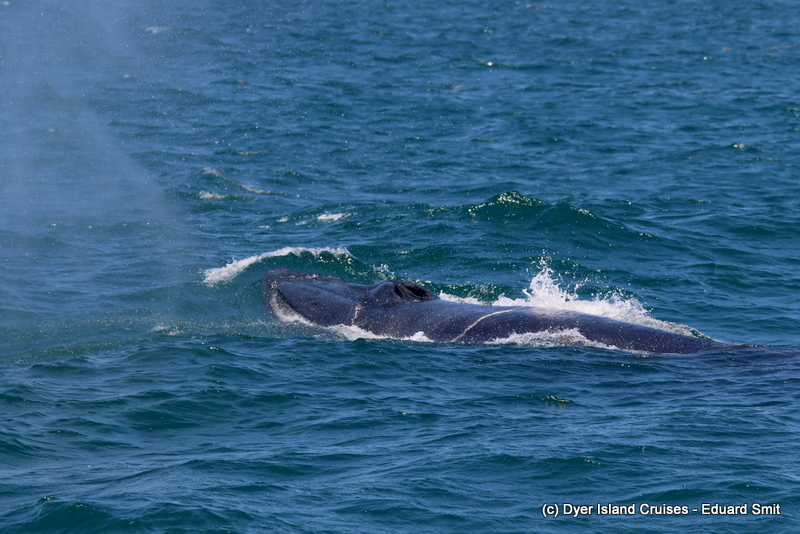 A Brydes Whale surfaces, showing off the distinct ridges on the head. 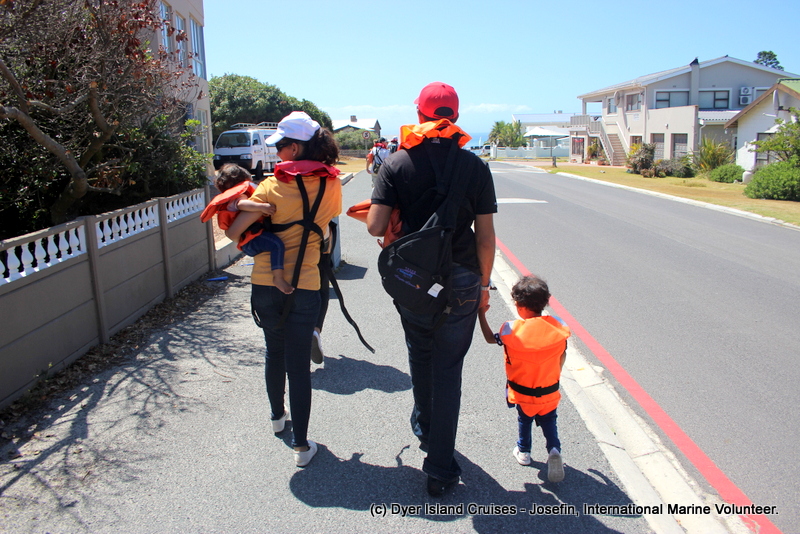 All ready for a trip out on the ocean. 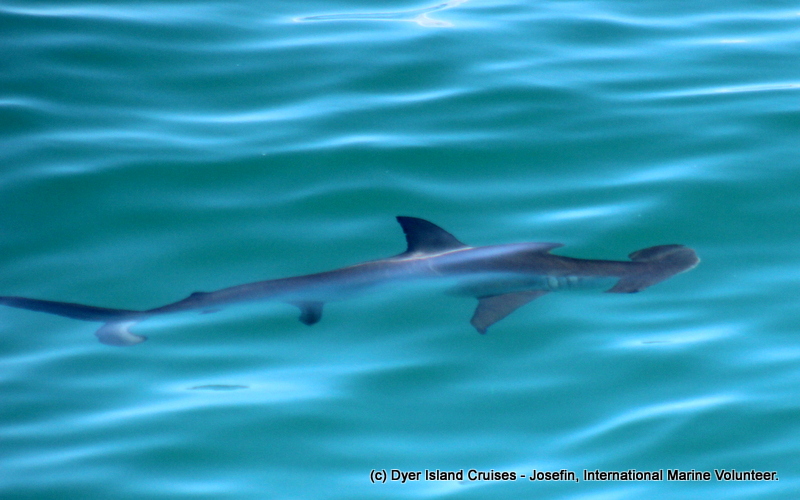 Spot of the day! We were all elated to find this little Hammerhead Shark in The Shallows. 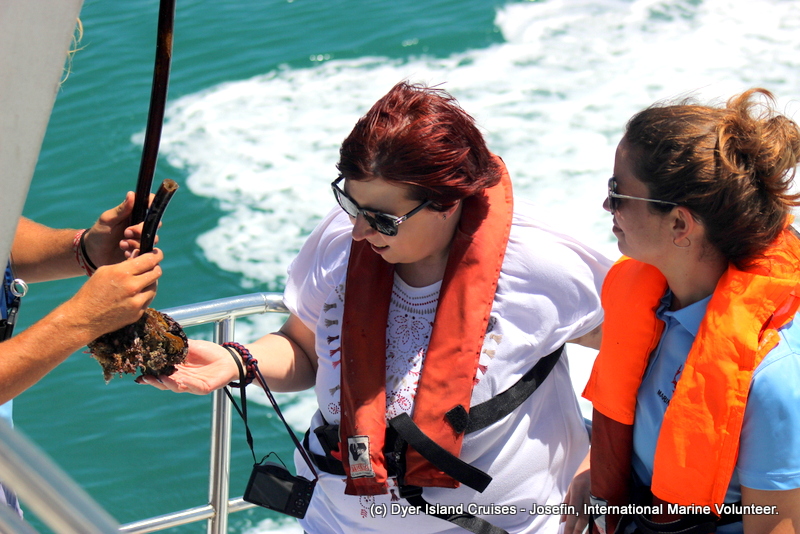 Checking out the holdfast of the Sea bamboo, a common kelp species in the area. 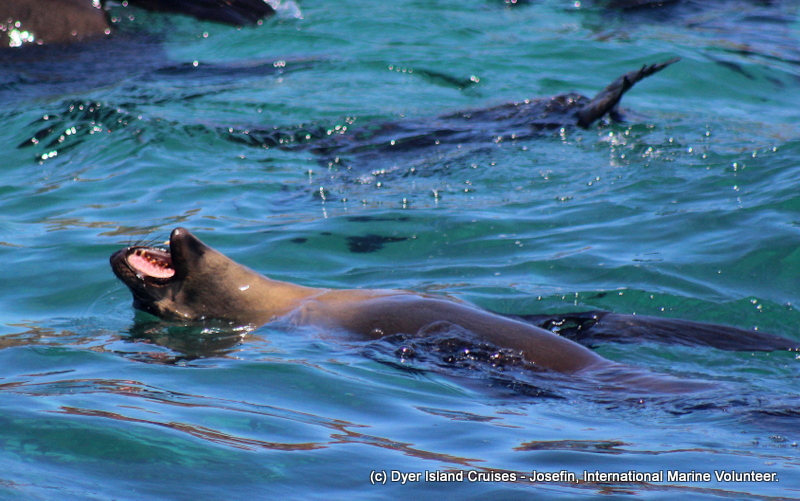 A Cape Fur Seal having a yawn. 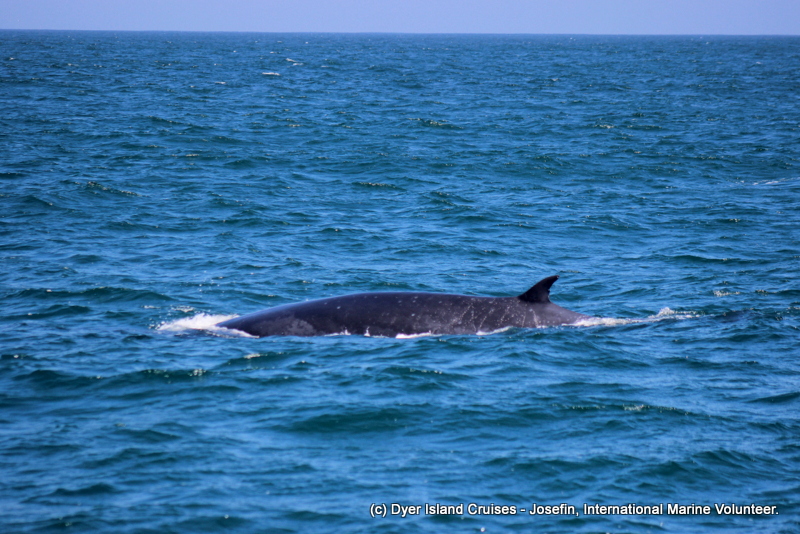 We had an awesome Brydes Whale sighting this morning with a super relaxed animal. Our first Brydes for the year. 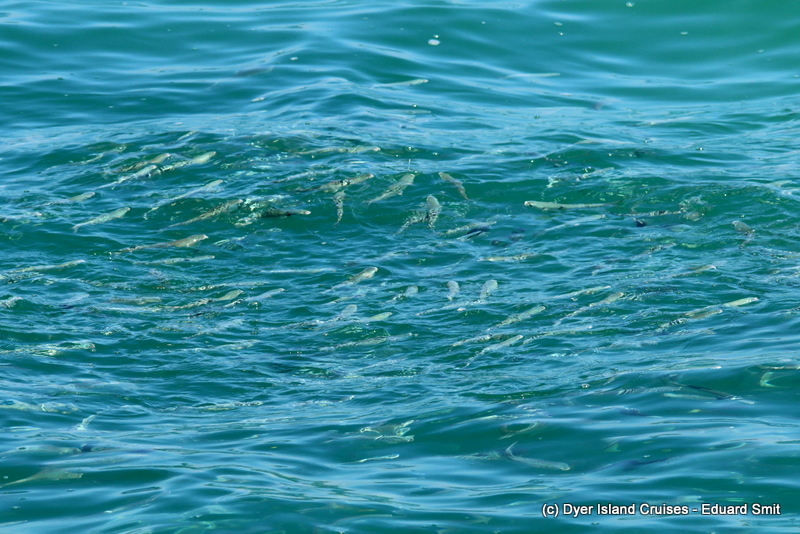 A school of Mullets travelling along.

Another image of our little Hammerhead Shark, which can be seen when the water is a little warmer. today’s surface temperature was 20 degrees Celsius. 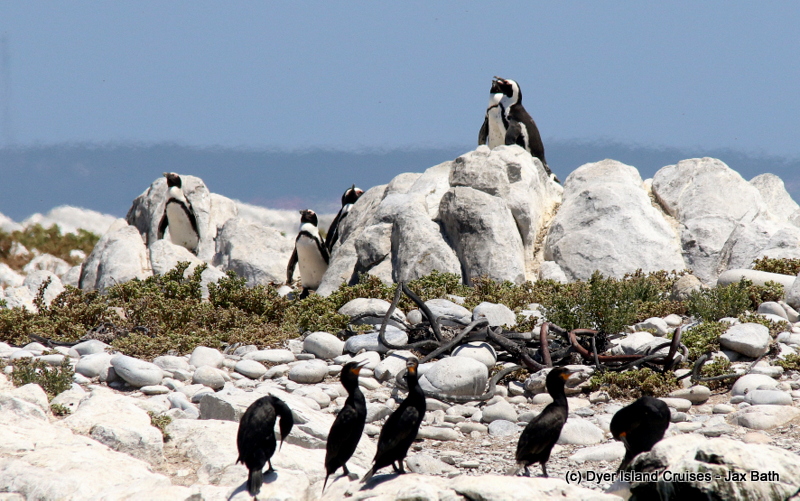 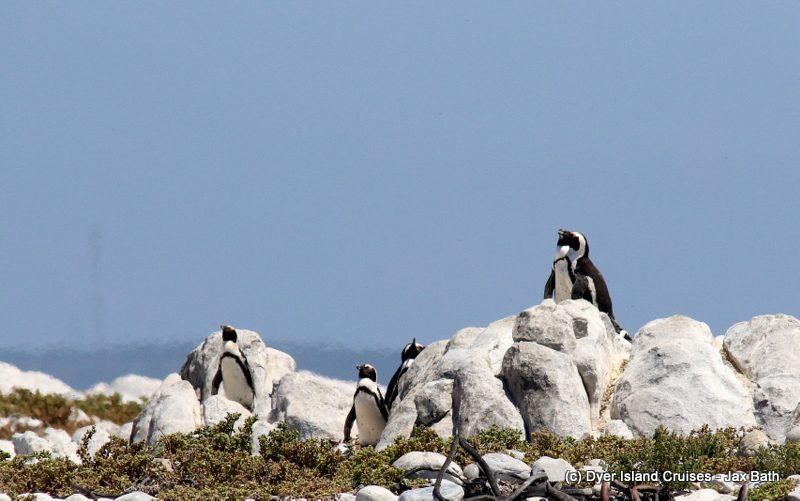 Another view of Africa’s only endemic penguin species. 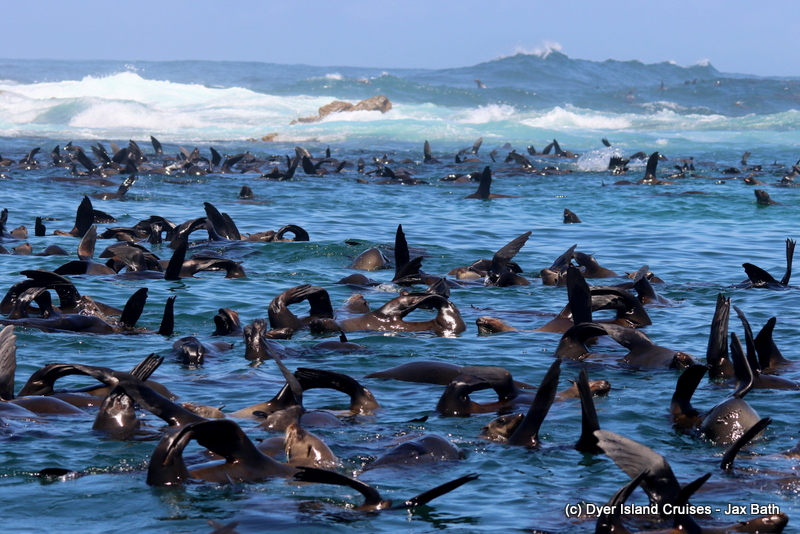 Today was a scorcher, so we had thousands of seals cooling down in Shark Alley. 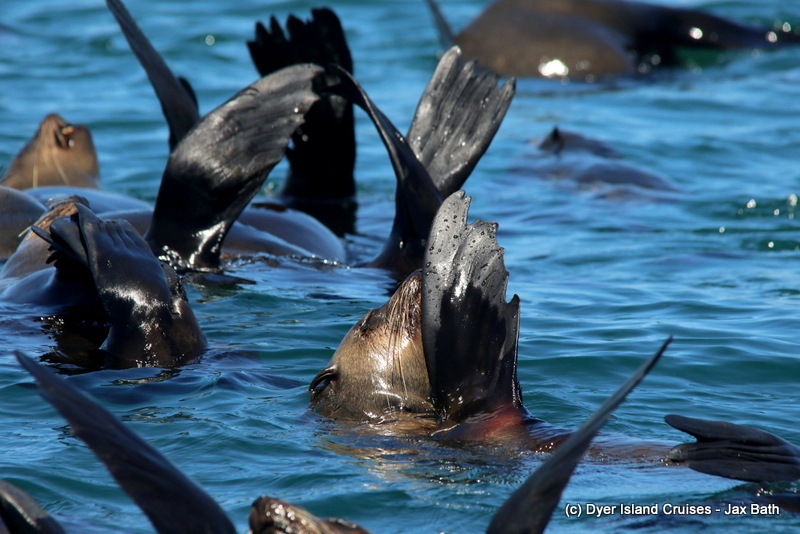 A moment between the masses.