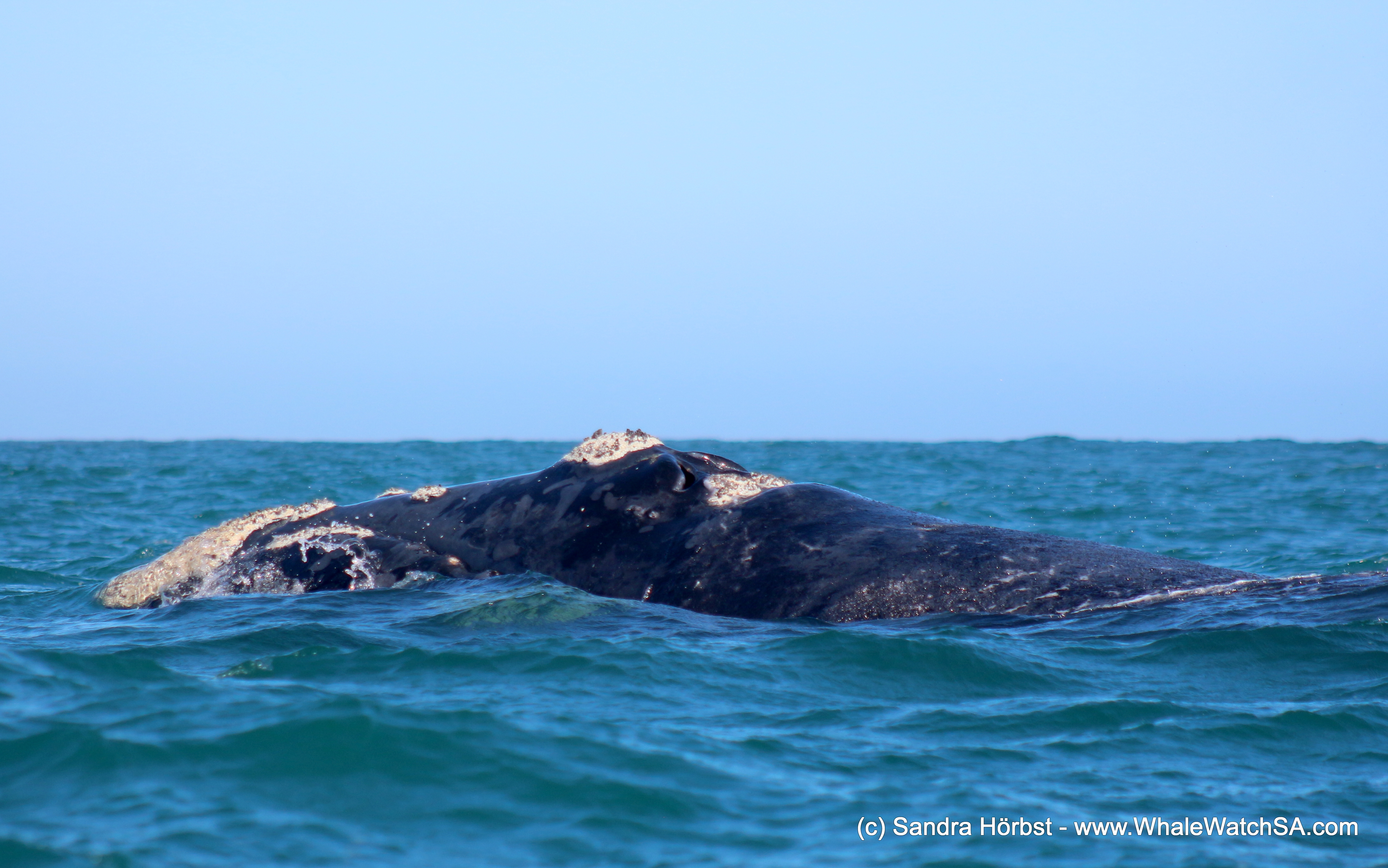 Today the sun was shining and a light breeze was coming from the east. After launching from the harbour, we shortly spotted two adult southern right whales. These two whales were slowly travelling alongside each other and coming up frequently for a breath so we could get great looks. One of them even lifted its fluke slightly before taking a longer dive.

On the way to Dyer Island we got some company from a Subantarctic Skua travelling alongside our vessel Whale Whisperer, always great to see these curios winter visitors. Arrived at Dyer Island we spotted a few African Penguins, Swift Terns and various cormorant species.

Another highlight of the trip were the cape fur seals scattered all over Geyser Rock. Most of them were sleeping also enjoying the sun but a few active ones were playing in the waters of Shark Alley. It’s been truly some sightings we will cherish. 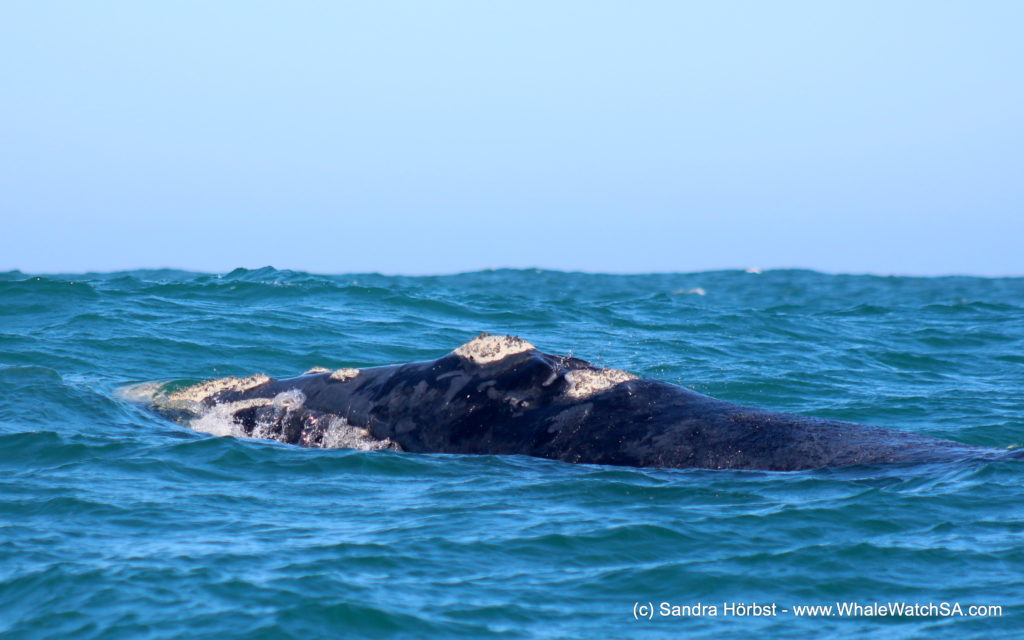 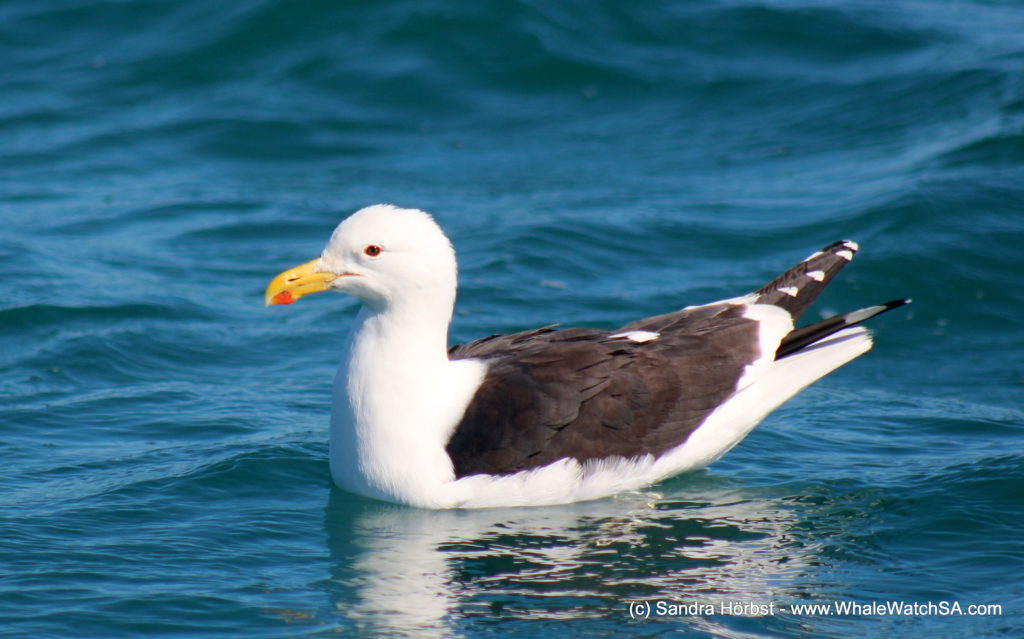 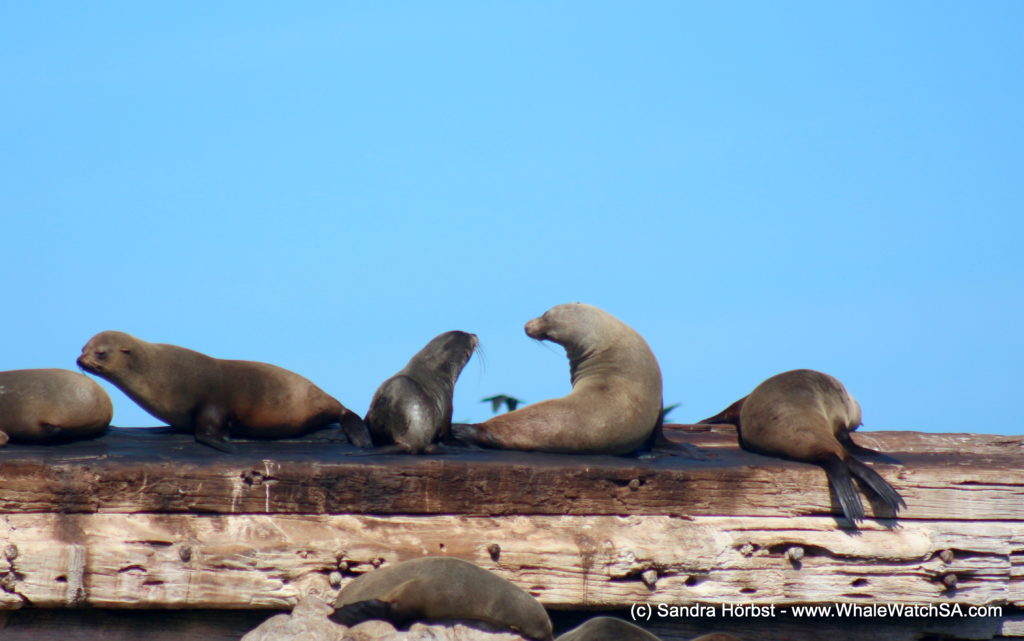 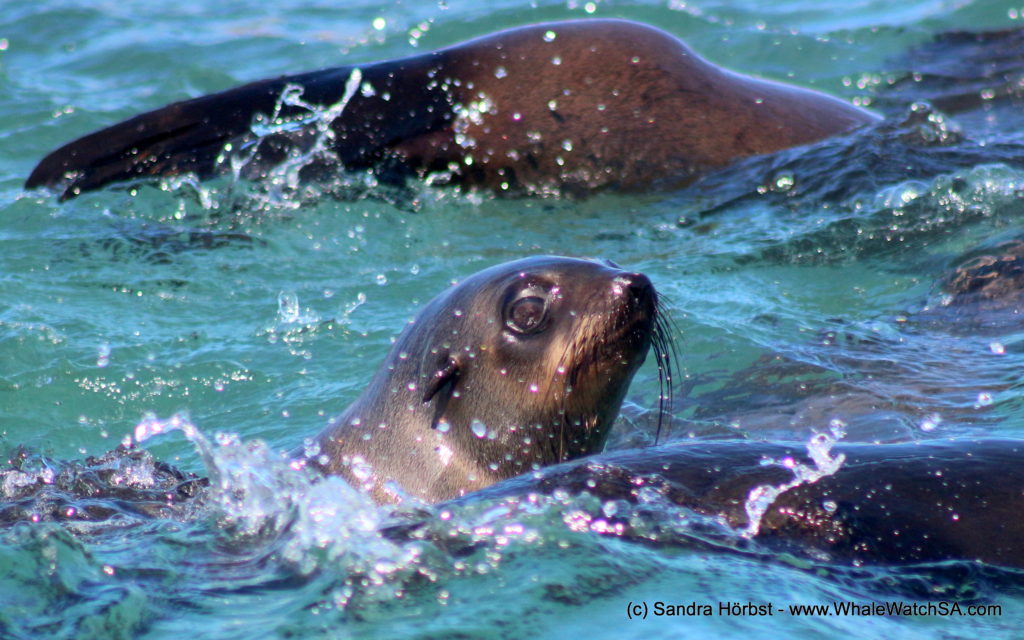 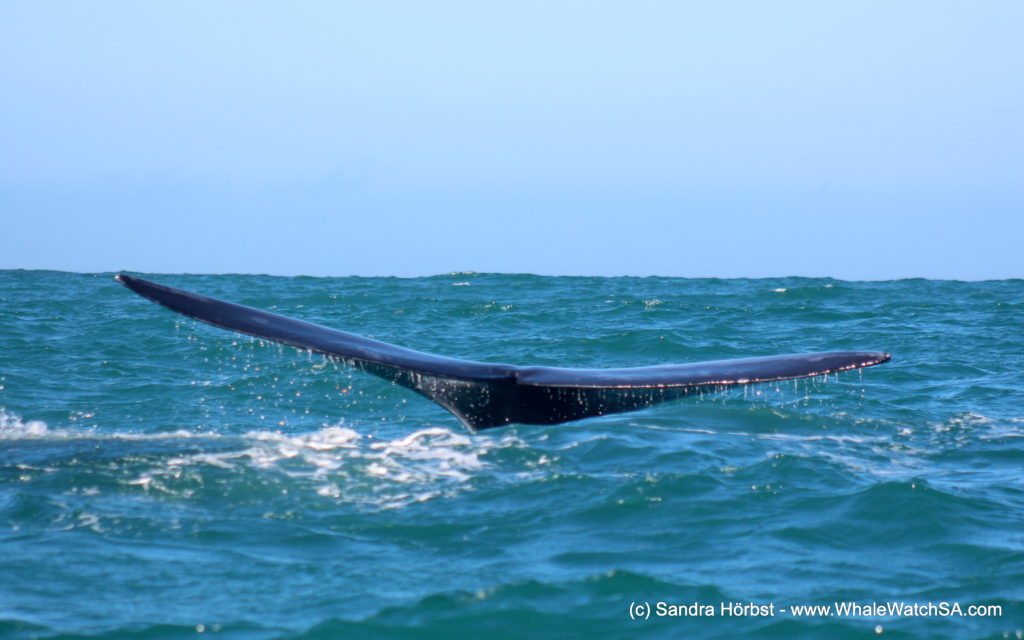 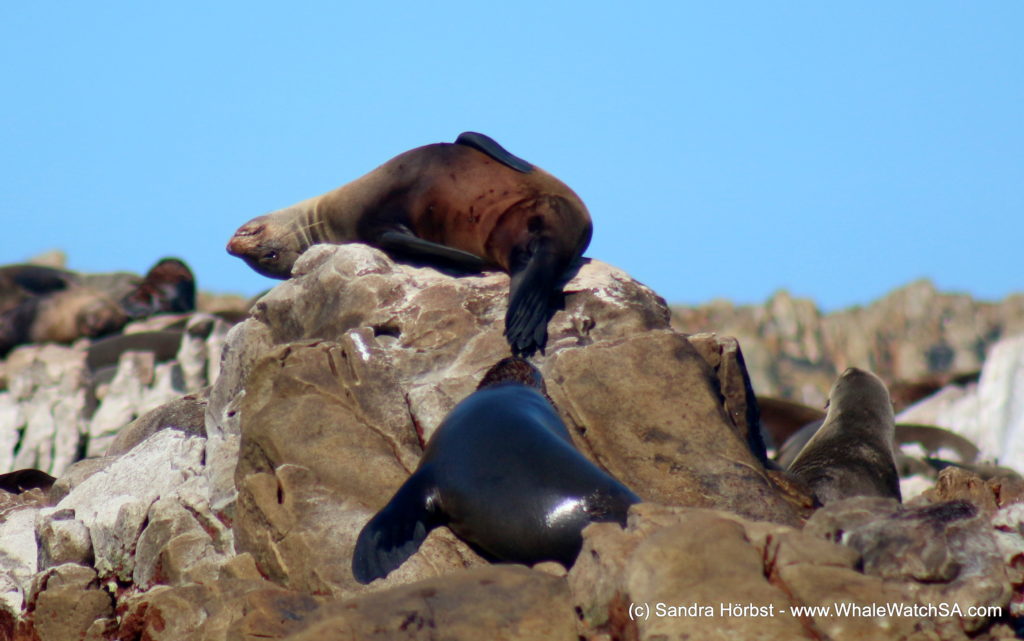 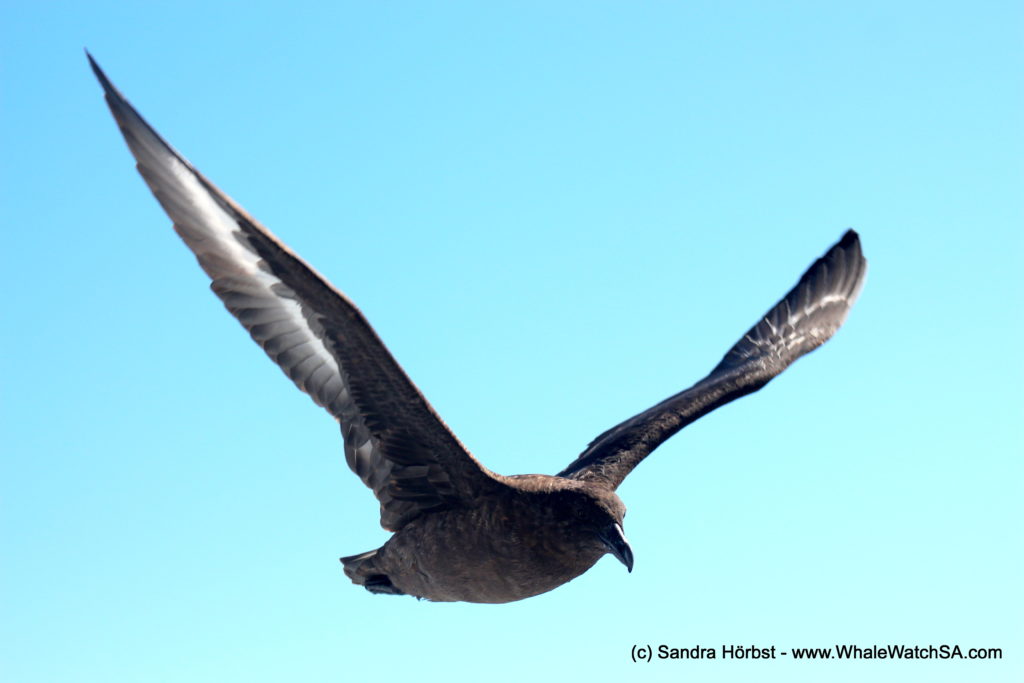 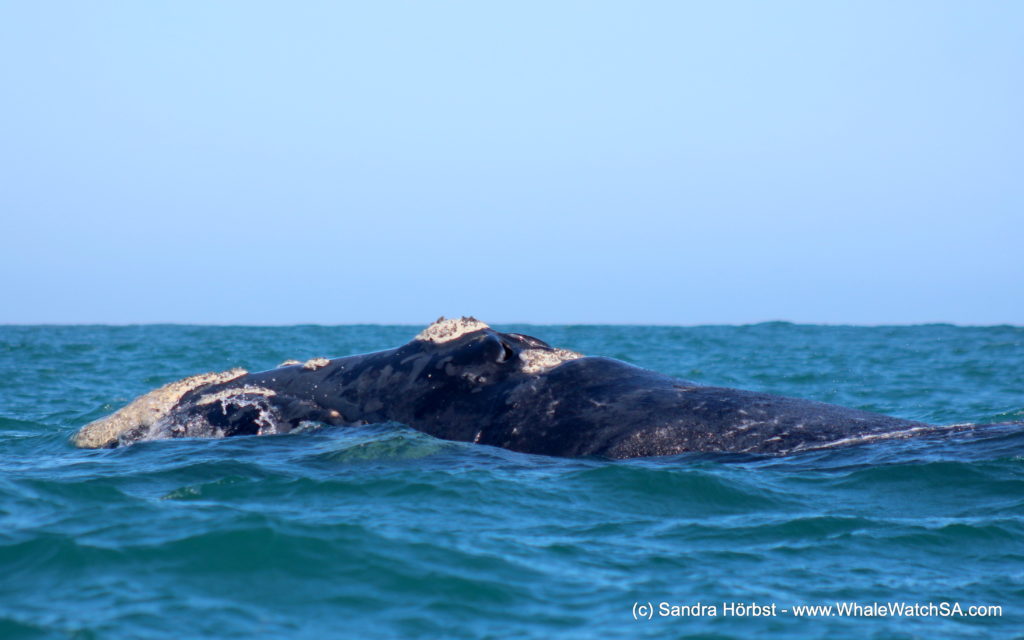