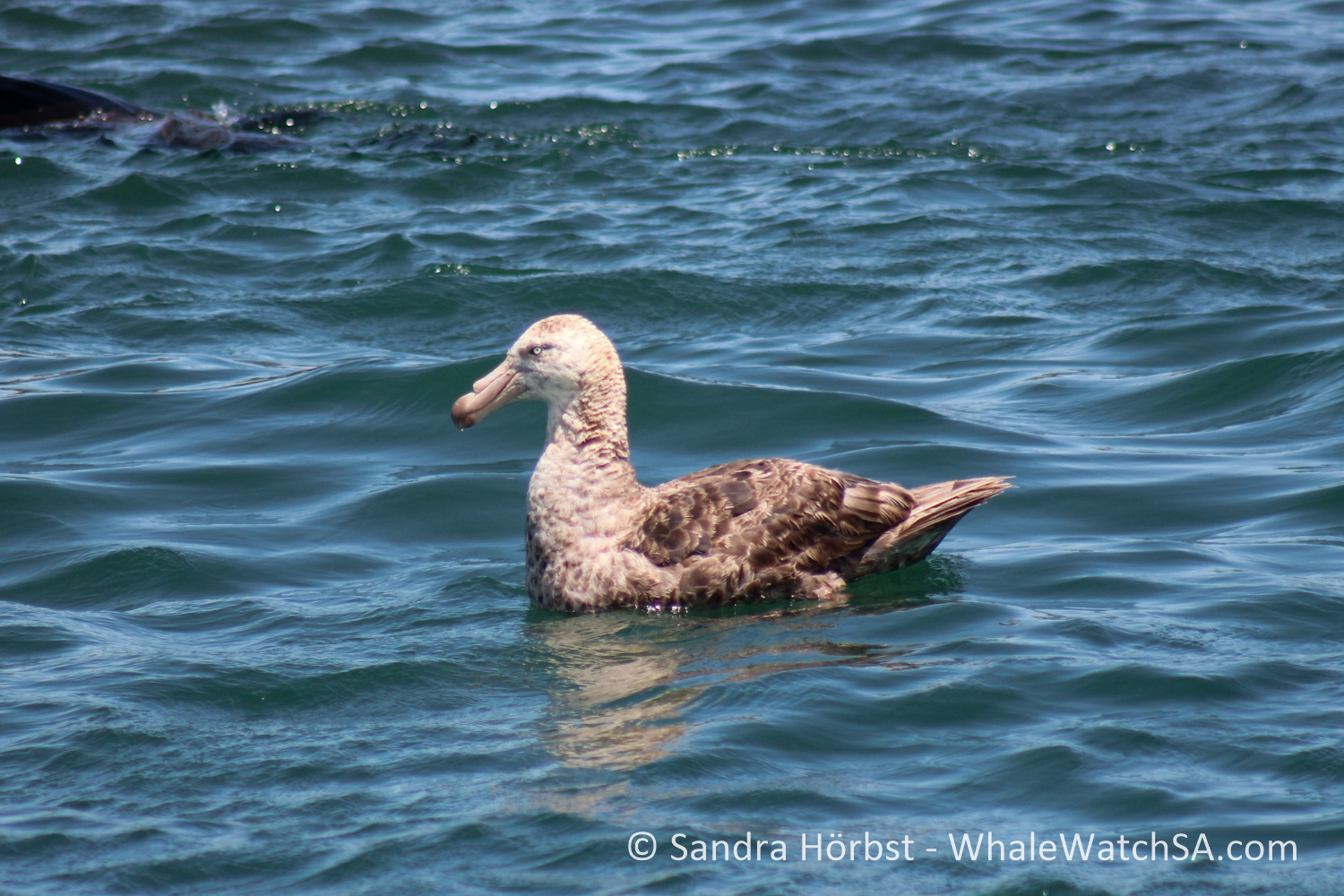 Just outside the harbour we encountered thousands of Cape Cormorants, what a show. After watching them for a while we cruised along the coast towards the shark cage diving vessels and were lucky to have a brief look at a bronze whaler shark. Our next stop was in Shark Alley where we spent some time watching the Cape Fur seals and were super lucky to have a close up look at Northern Giant Petrel. They are the largest Petrels and can weigh up to 5.5kg. On the way back to Kleinbaai harbour we stopped closer to Dyer Island and spotted three African Penguins making their way back after a day out fishing. 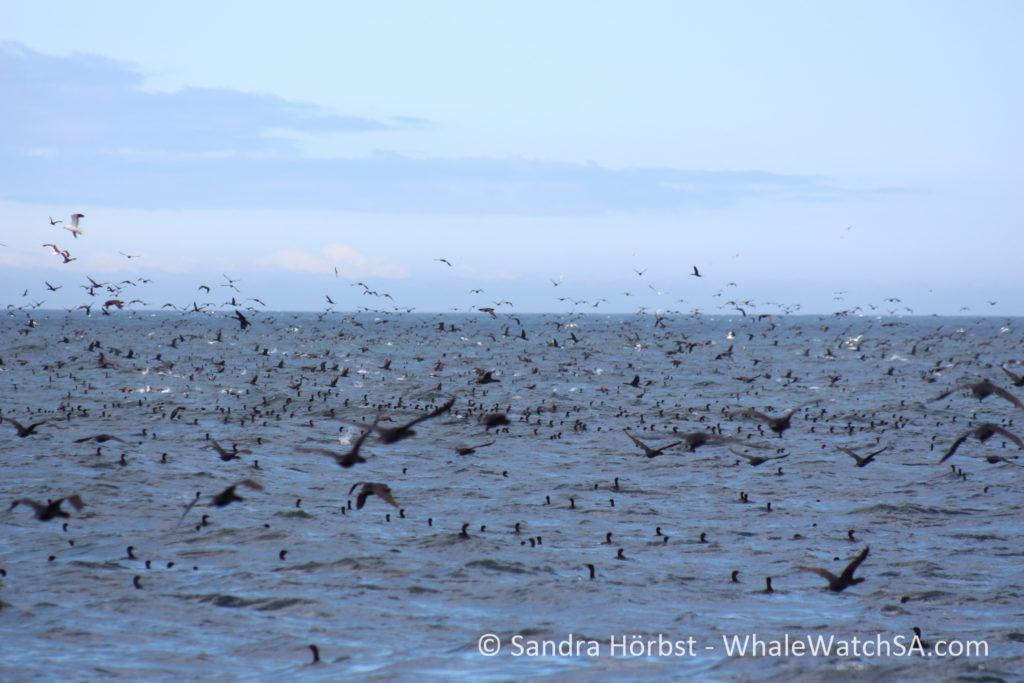 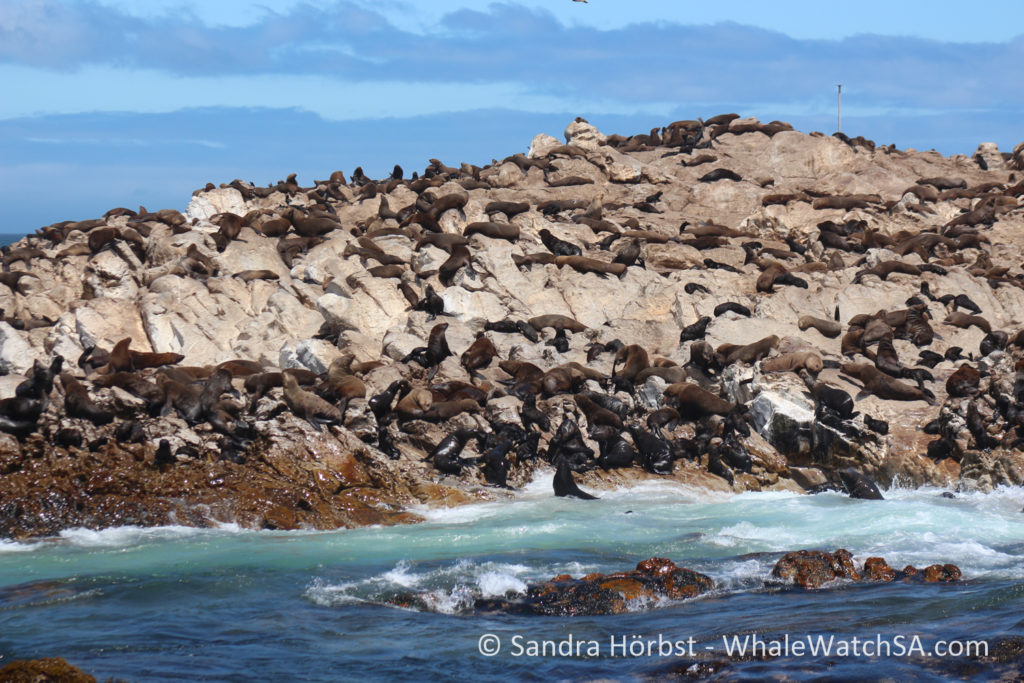 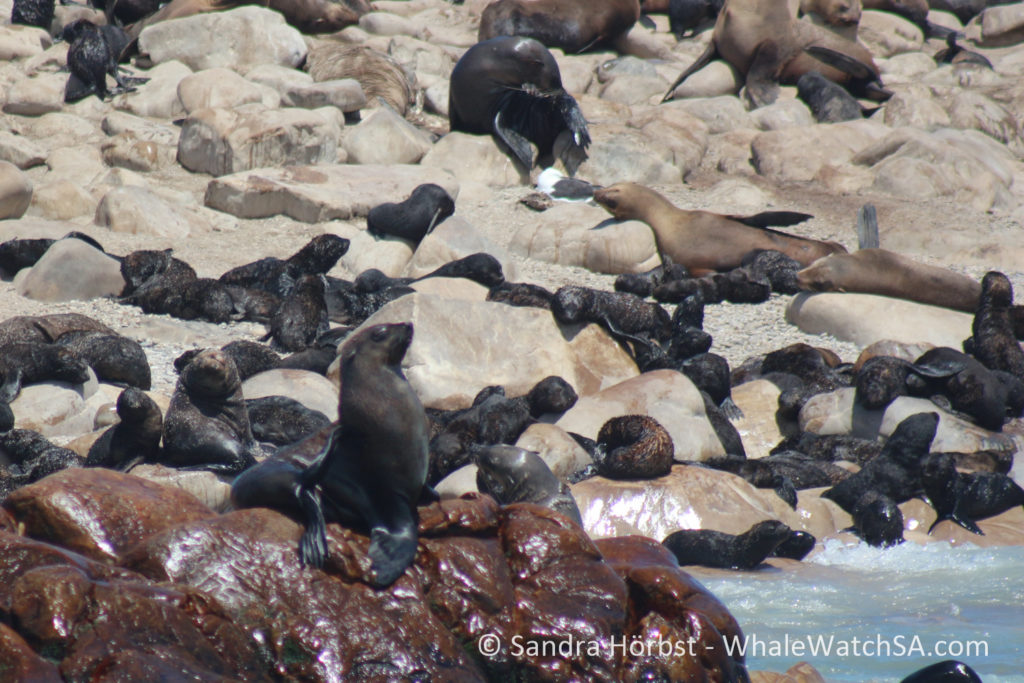 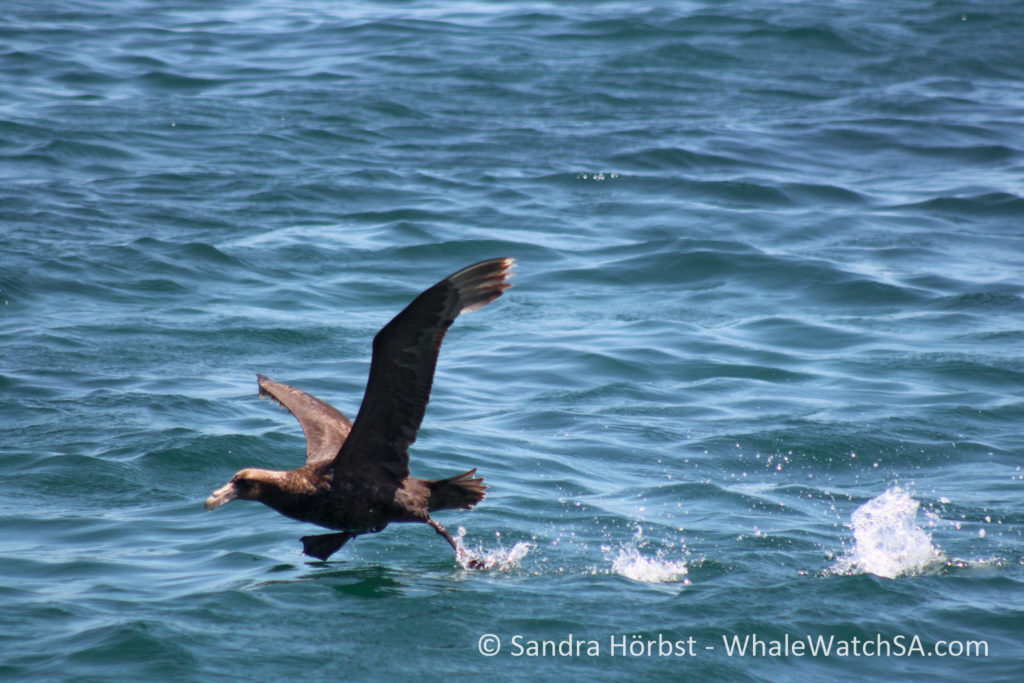 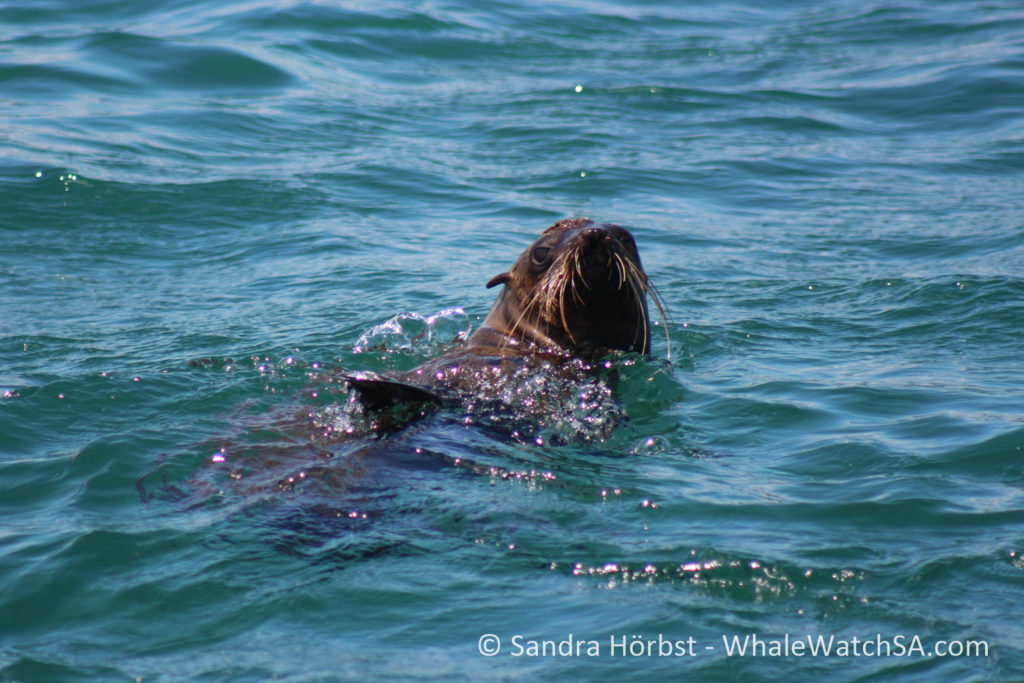 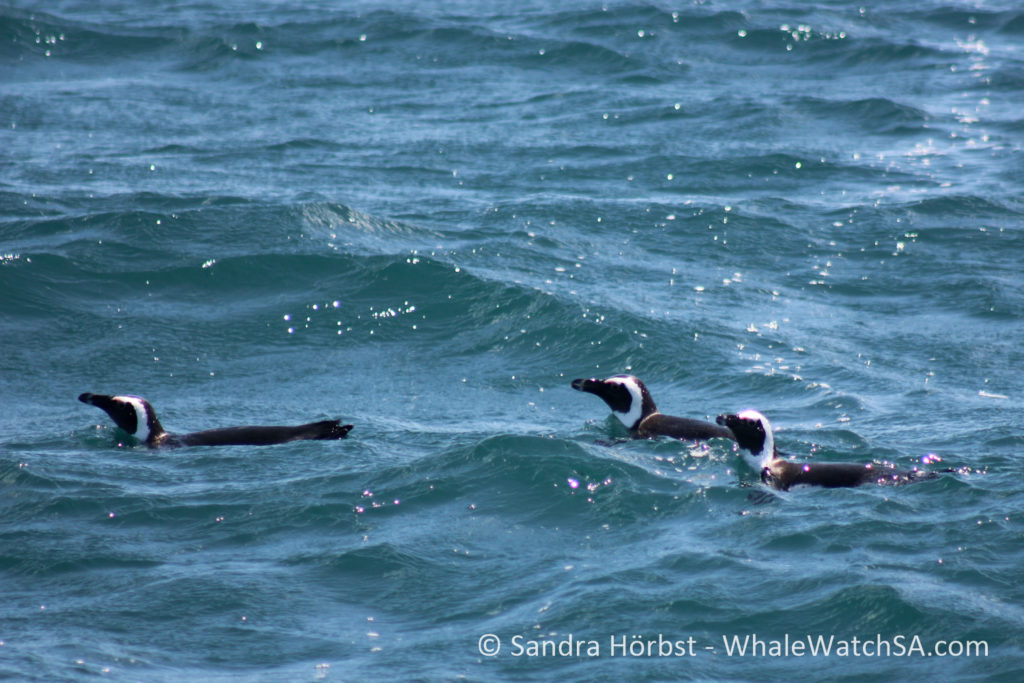