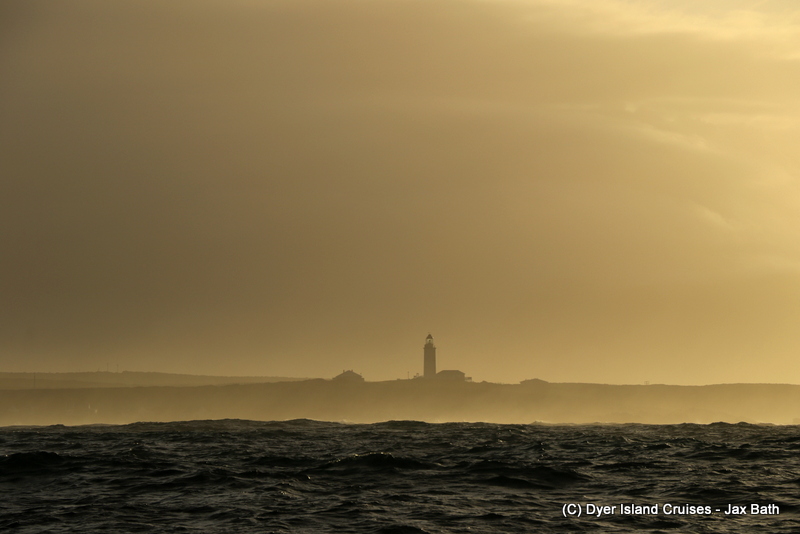 Today was a day of four trips, all of which turned out to be a success with whales, sharks, seals and penguins. Throughout the day we encountered two whale species. On the first and third trip we had humpback whales and on the second and fourth we encountered two Southern right whales. During the past weeks we have been mostly seeing humpback whales, so it was nice to see the Southern right whales as well today. They were the same two individuals on both trips, which we could see easily because one of the two had distinct white marks on top of its back. Did you know that only 4% of Southern right whales are born with such white colouring, which in its most extreme form covers the entire body of the animal, something that call brindle colouration. We believe these two whales may have been a pair coming into the bay to mate, and on our first sighting of them we were lucky to see them a bit active, with one of them even spyhopping. The humpback whales were travelling, as this time of the year they are migrating along the coastline. We got to have some nice sightings, including a nice tail to end the last trip of the day. During all our trips we managed to pay a visit to the Cape fur seal colony on Geyser rock and we even spotted some big males among the much smaller females, which isn’t all too common outside of the breeding season. In the bay throughout the day we had some looks at great white sharks, as well as a brief glimpse of a bronze whaler shark. African penguins were spotted in the water on all of our trips today. And finally, an extra species for our list today was the sunfish, in fact two sunfish were seen in the area of the whales on the second trip. 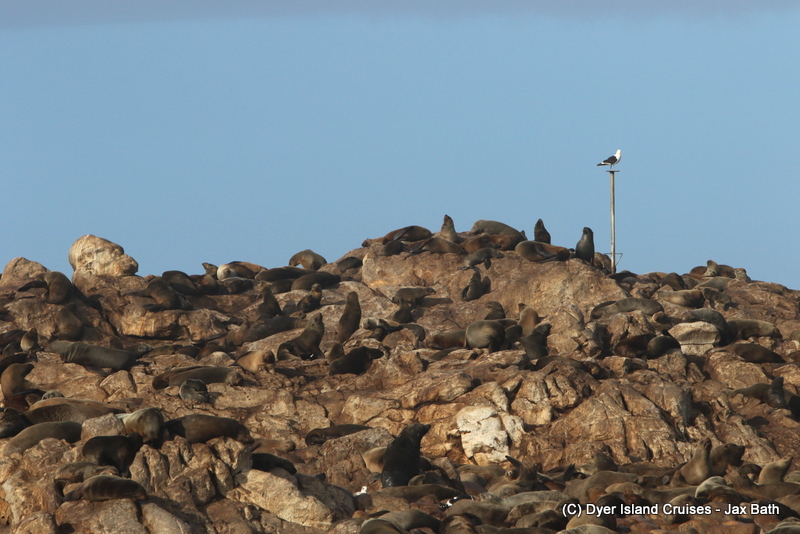 Seals having a nice rest on Geyser Rock. 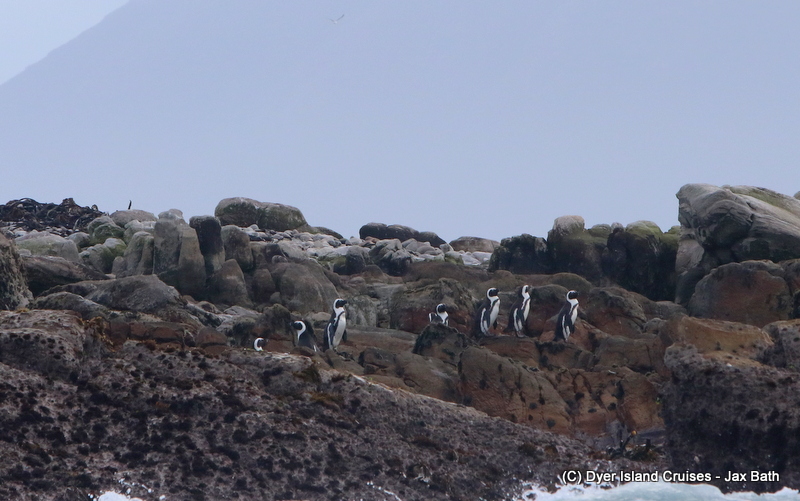 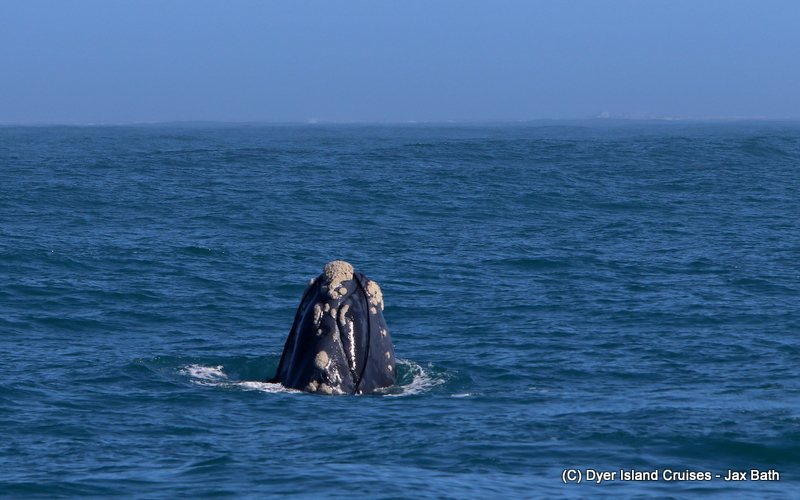 A whale showing off its kelp. 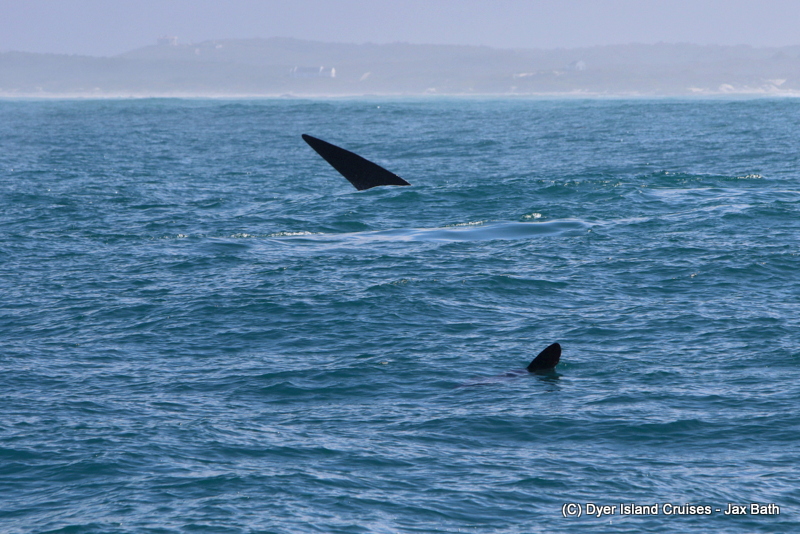 A Southern Right Whale in the background, and a Sunfish in the front. 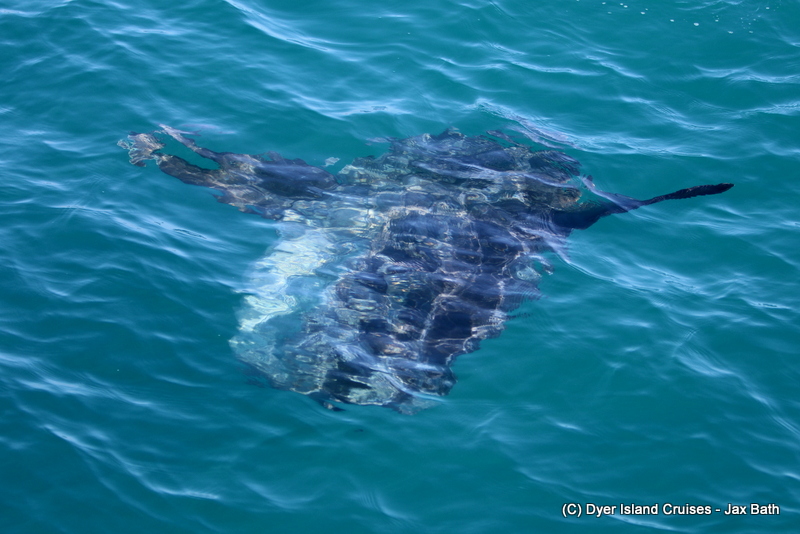 A Sunfish trying to catch itself a Jellyfish to eat. 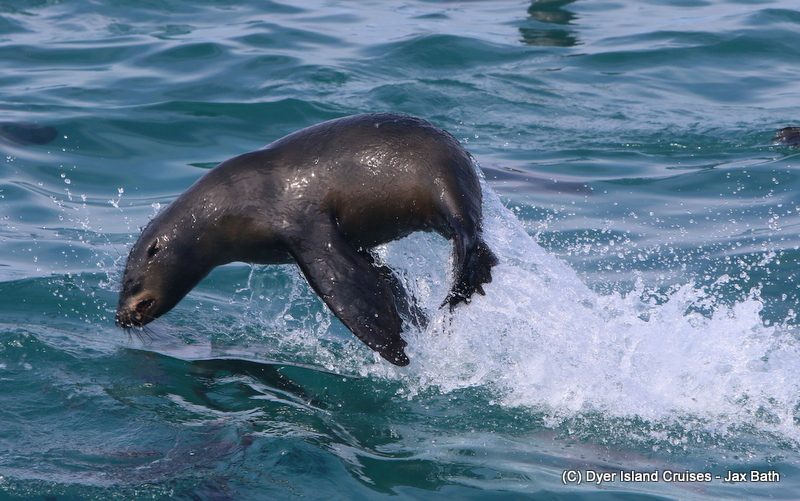 About to hit the water. 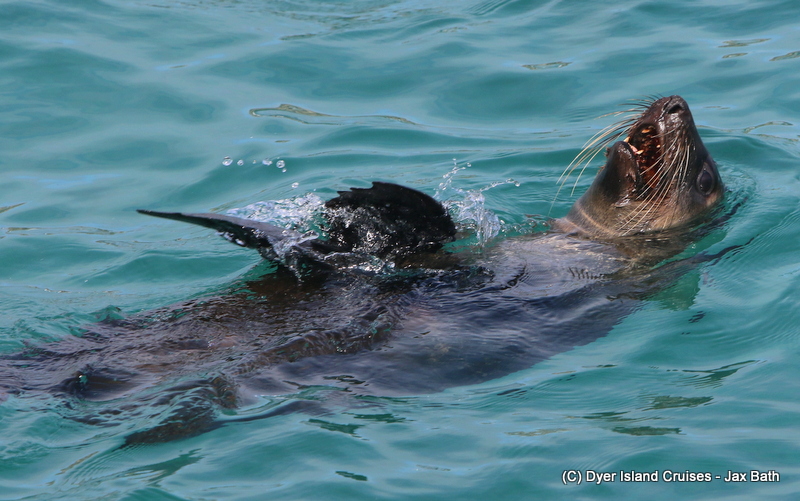 This seal doesn’t look all too thrilled. 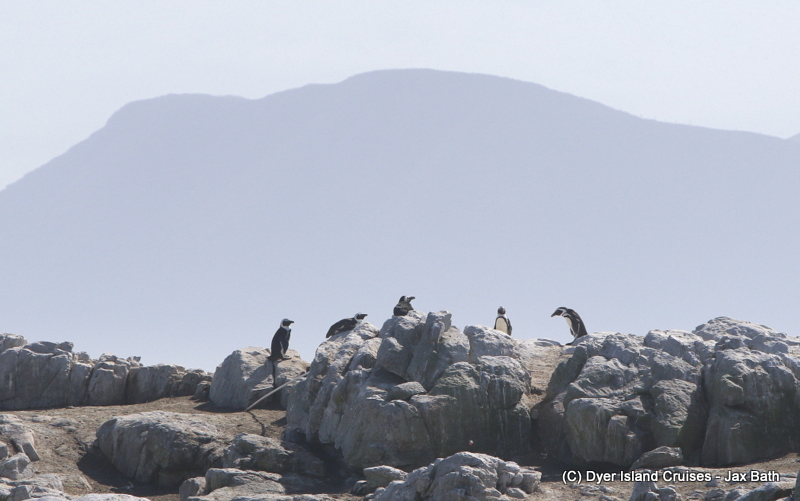 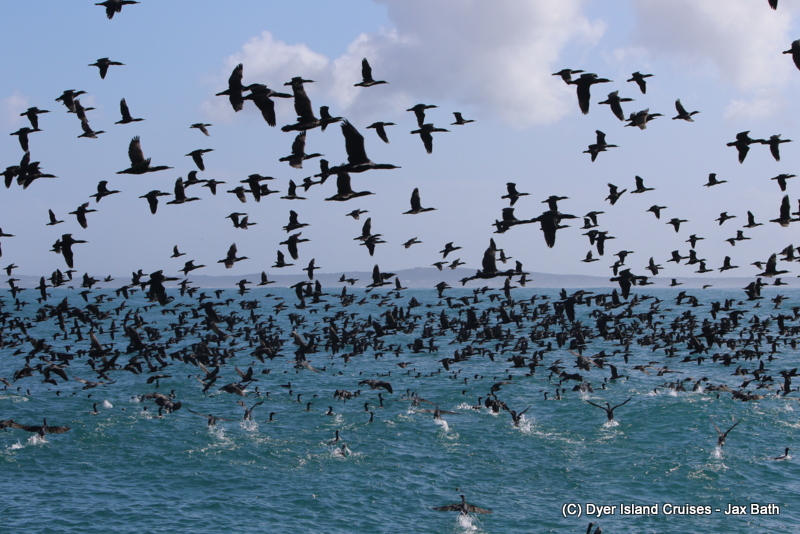 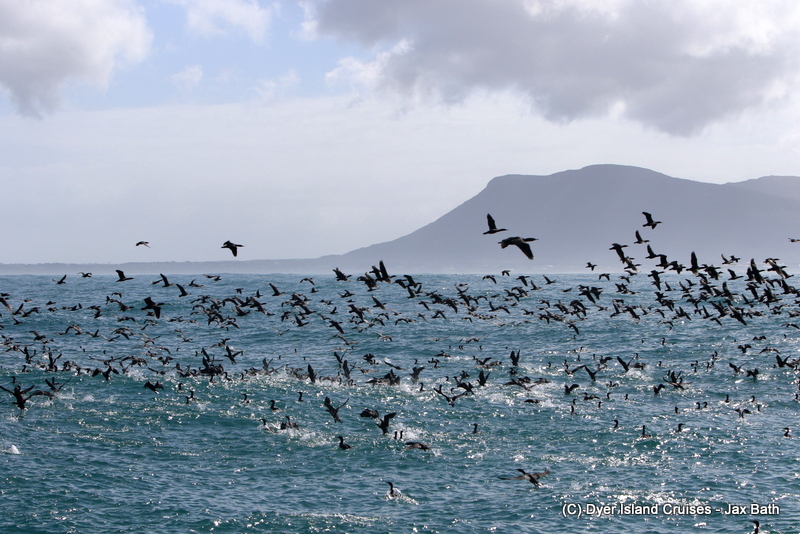 We had a mega flock today. 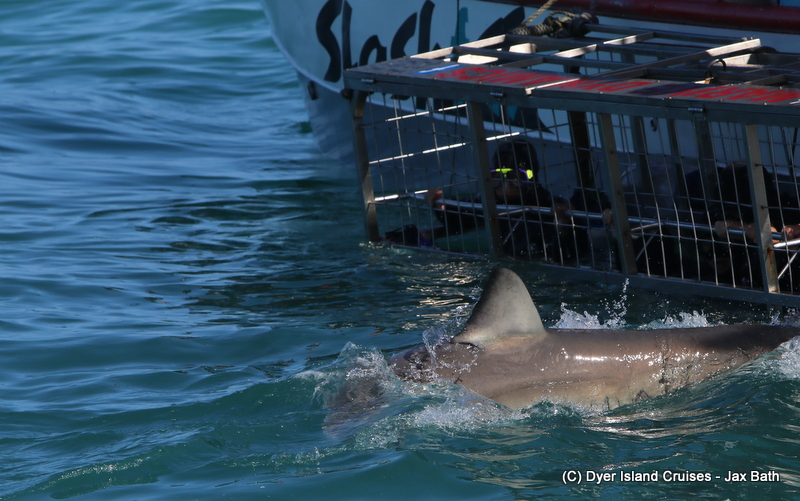 A Great White Shark at Slashfin. 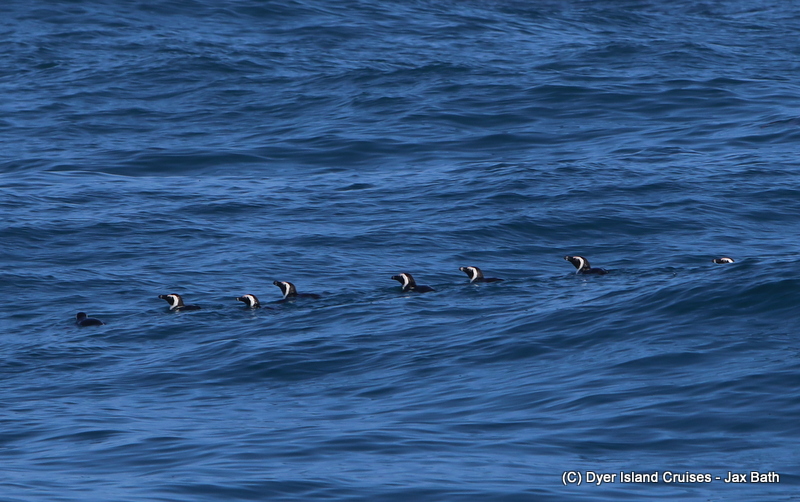 A raft of African Penguins out at sea. 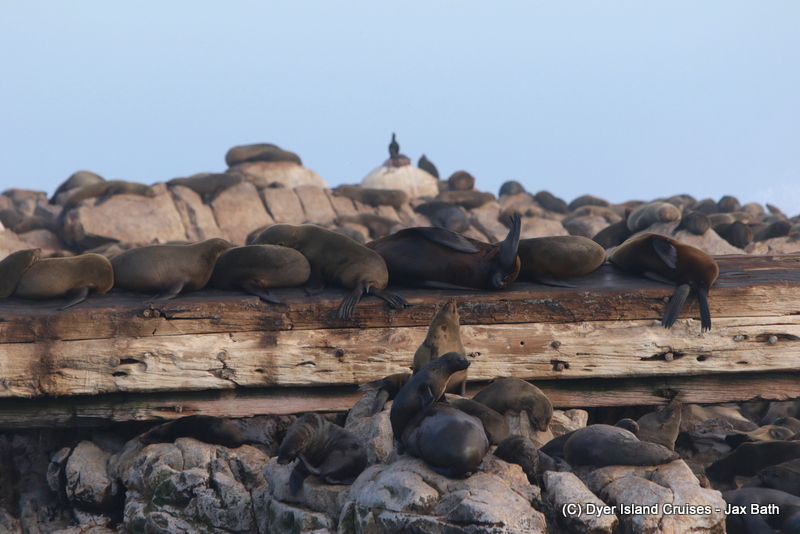 Seals lounging on the Prince Port. 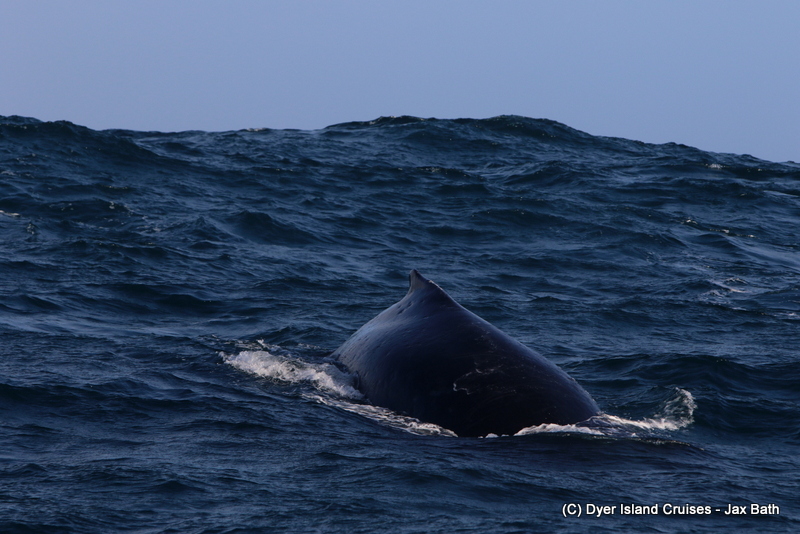 A Humpback Whale coming in a little closer. 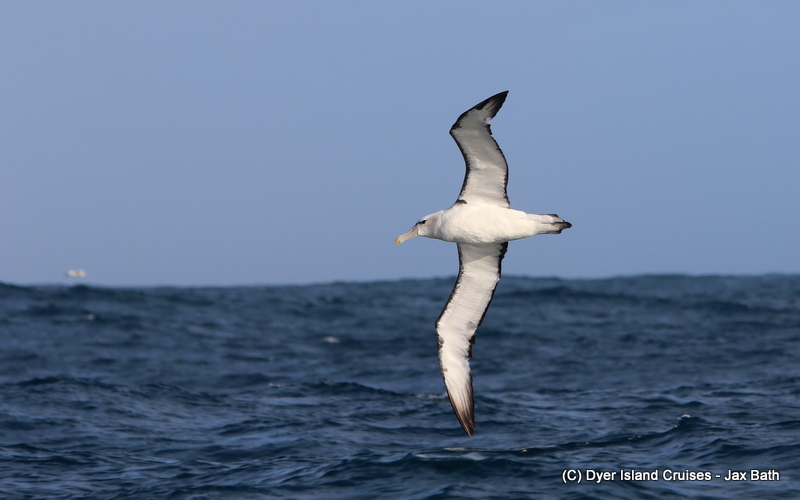 A Shy Albatross in the deep. 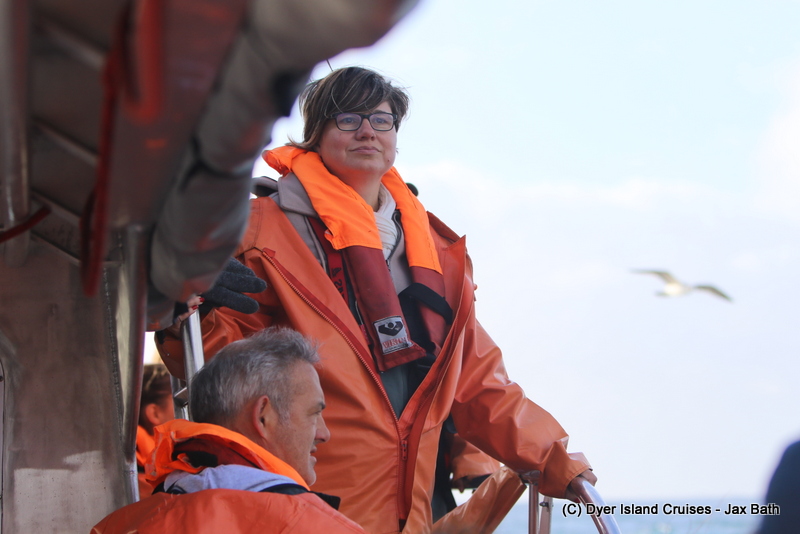 Looking out for wildlife.