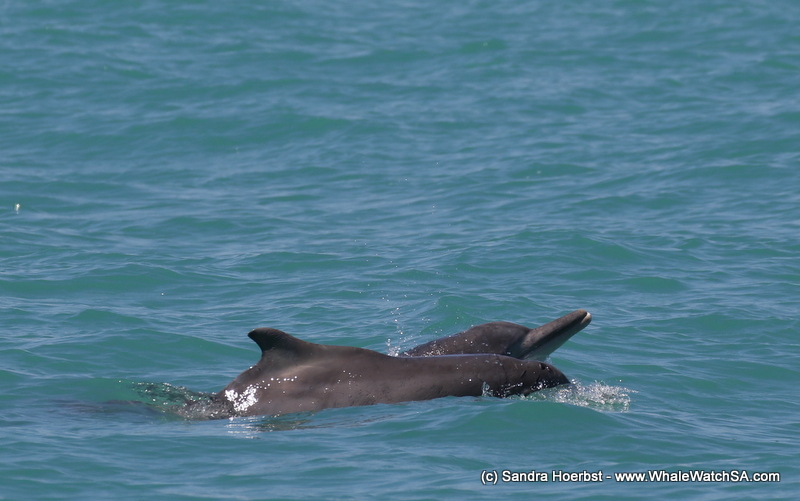 After a couple of days on land due to some strong winds we were finally able again to go to sea! On our first tour we were heading around Danger Point straight to Dyer Island to see the Cape fur seals and some African penguins. While heading to the coast a splash caught our eye and as we stopped we saw a Cape fur seal trowing an octopus through the air trying to get a bite of it. Always great to see what they catch and feed on, we definitely don’t see it every day. After a stop at the shark cage diving vessels we made our way slowly back along the coast where we have been lucky once again to find a pod of Indian Ocean humpback dolphins. Two of our known female humpback dolphins where traveling with their calves along the coast escorted by another adult.

On the second tour of the day we launched from Kleinbaai as usual and found two African penguins just outside the harbour. Further along the way, our spotter Kira, spotted again a humpback dolphin for us. Also, a well-known dolphin with the name Newton. He was playing with a Cape fur seal and approaching our vessel a few times before we continued our journey to cage diving boats and Dyer Island. On the second tour we brought an African penguin closer to the island and released it back to the wild. It has been in rehabilitation at the African Penguin and Seabird Sanctuary. 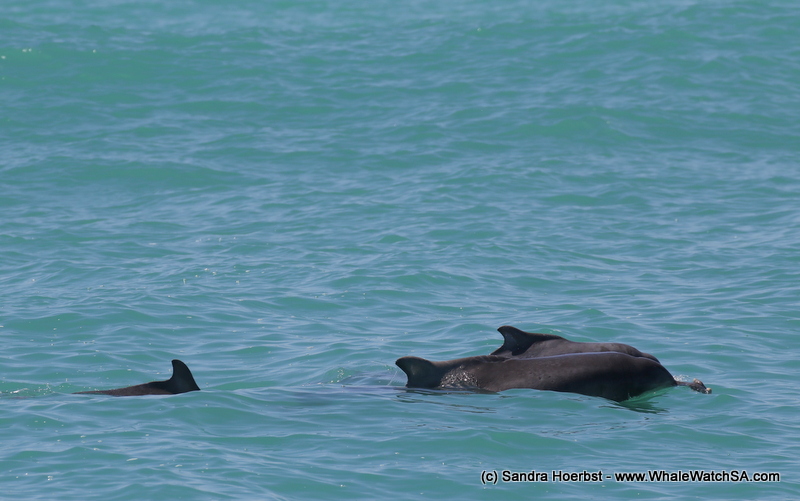 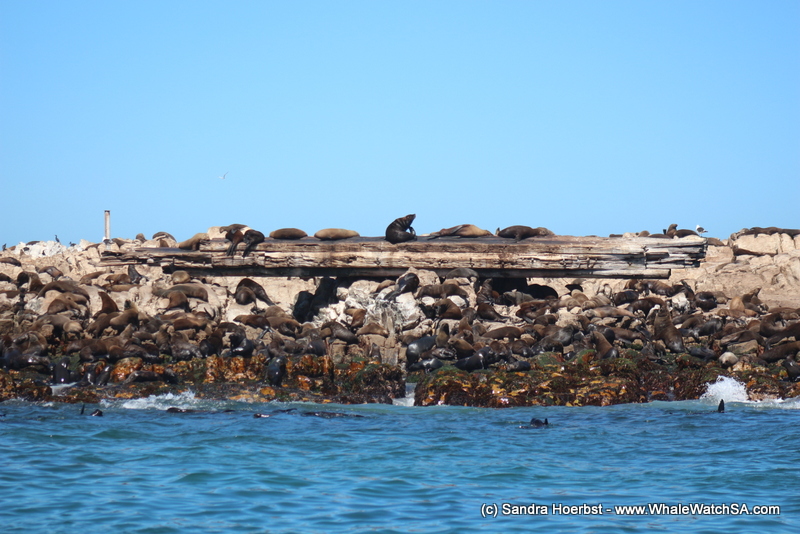 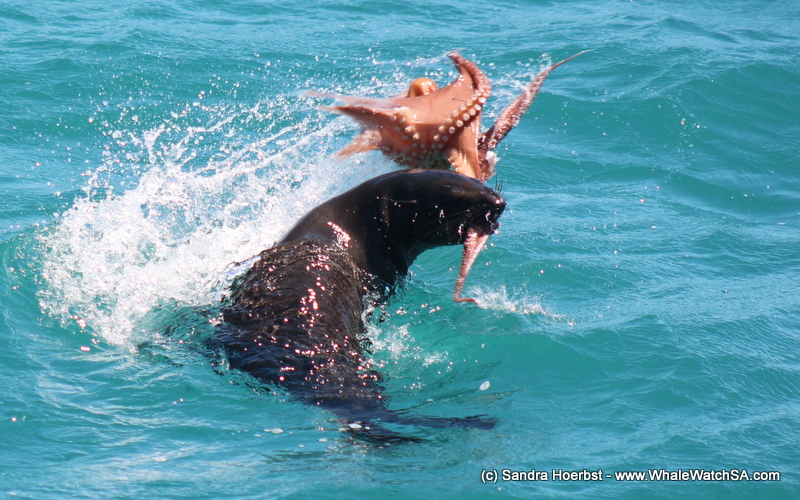 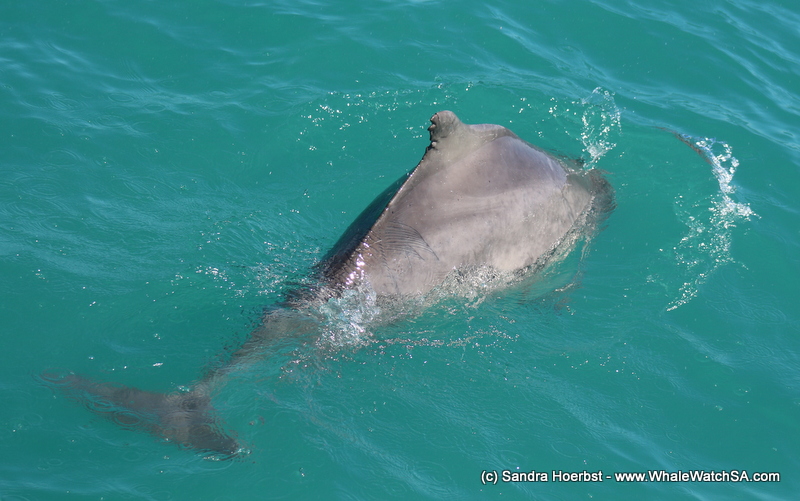 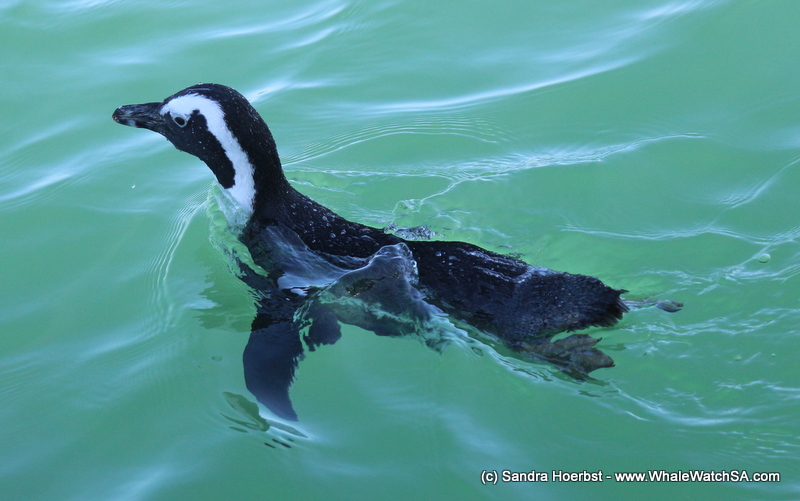 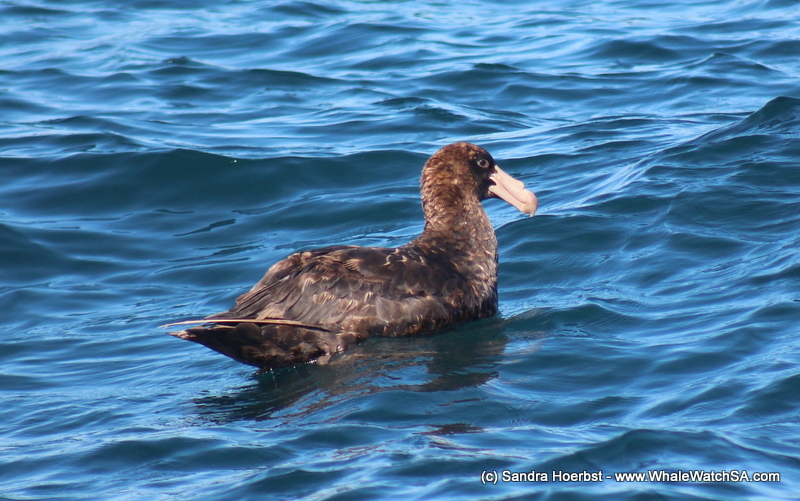 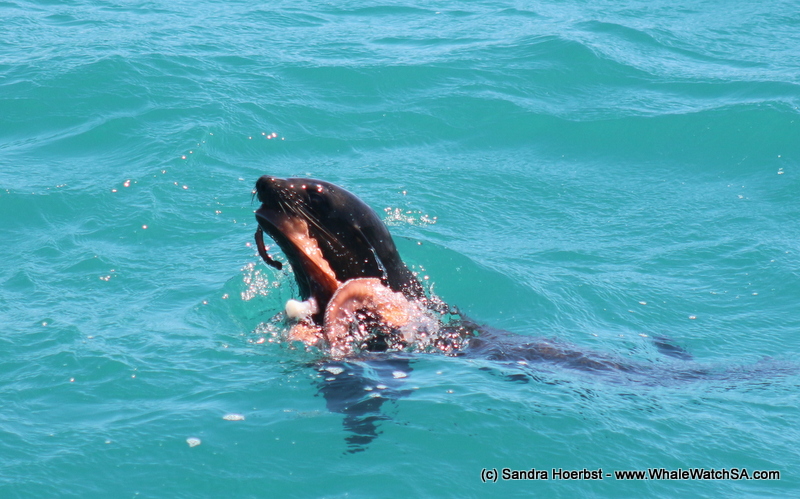 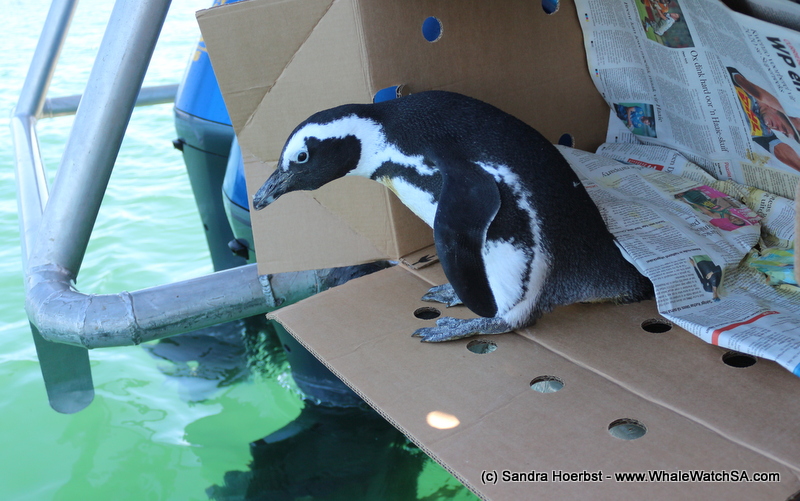 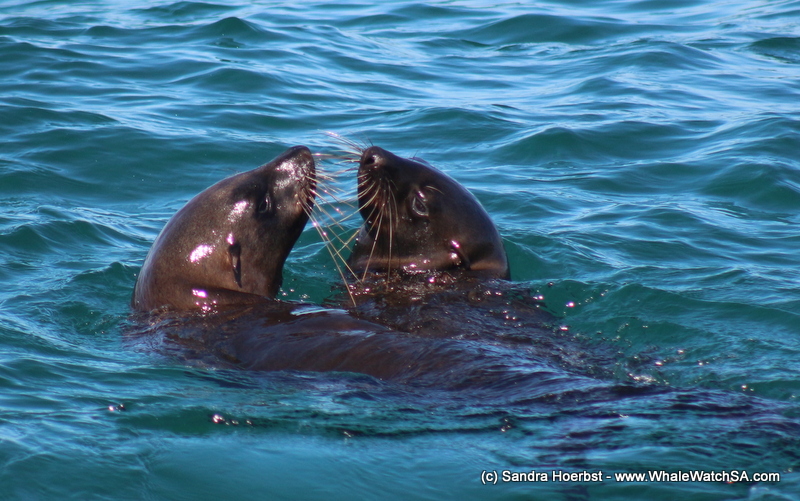