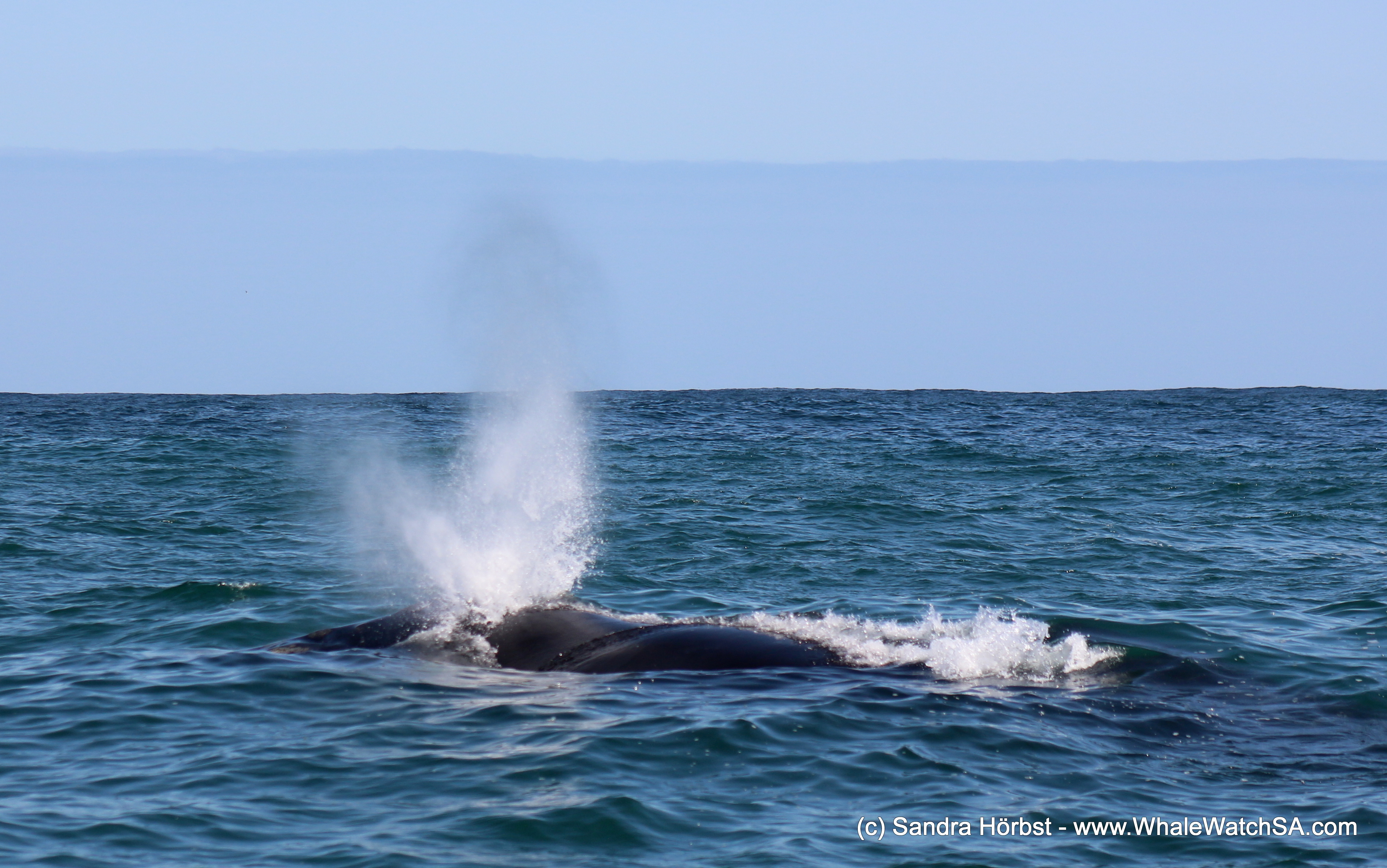 After some wind yesterday afternoon we had a little swell pushing in but the sun was shining and we had a great day at sea. We were launching again from Gansbaai harbour making our way through deeper water towards Shark Alley and Dyer Island. Plenty of the Cape Fur seals welcomed us playing in the cool water and other were proudly posing on Geyser Rock. From Shark Alley we could also see Dyer Island with its numerous bird species and had many Cape cormorants flying around the vessel.
Shortly after leaving Shark Alley behind we spotted some Southern Right whales. The mother and her calf were very relaxed around our boat and even came bit closer to investigate. Busy observing the pair coming up to the surface on a regular basis we saw another whale approaching from the front and what a special sighting. It was a brindle Southern Right whale, seeing a brindle whale it is almost a 94% chance that it was a male. After time with the whales we slowly made our way back to Kleinbaai harbour. 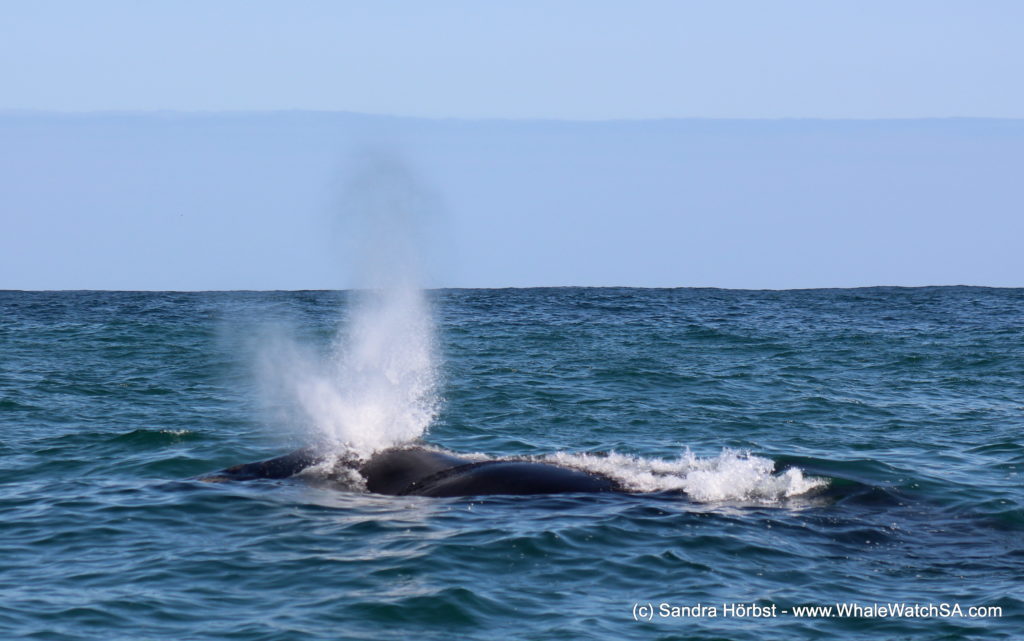 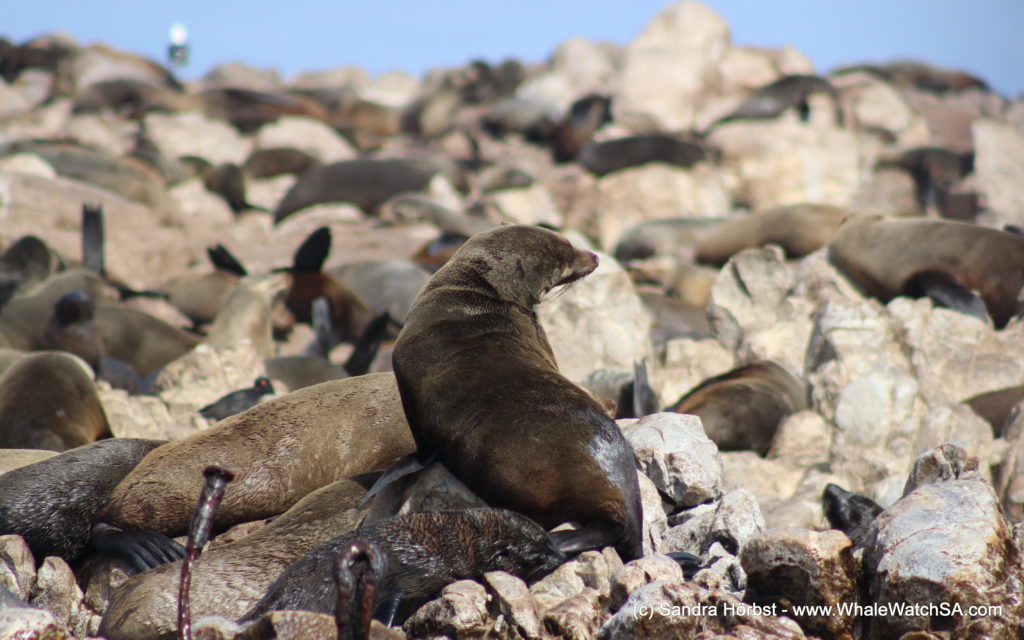 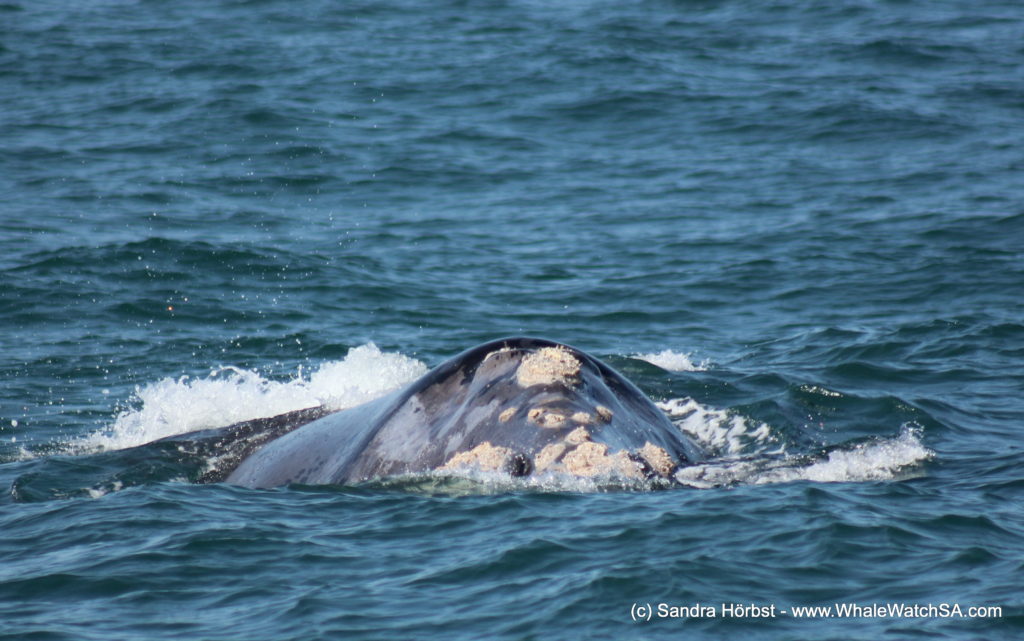 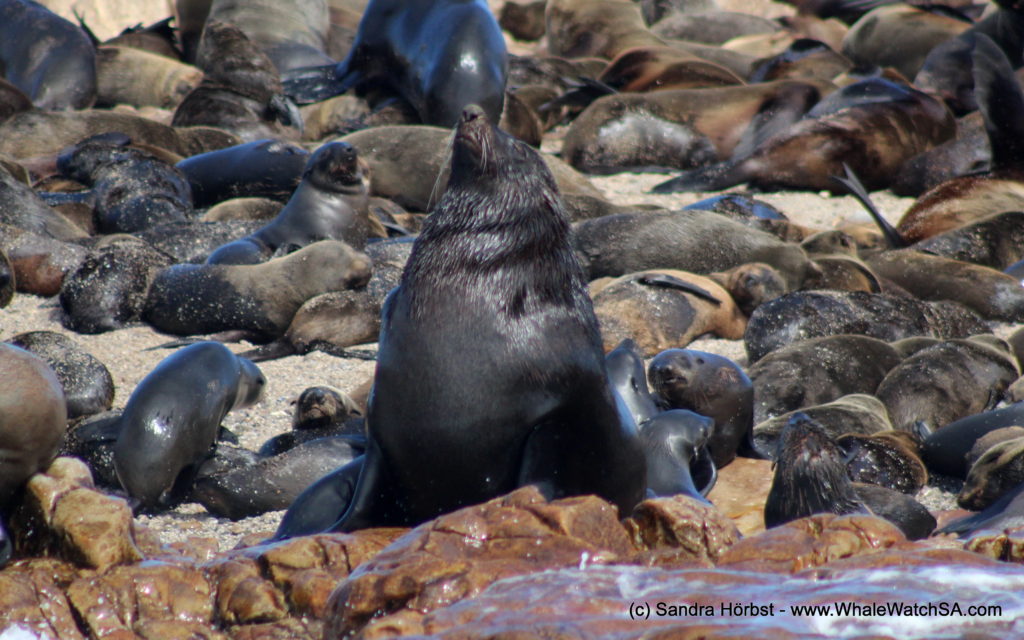