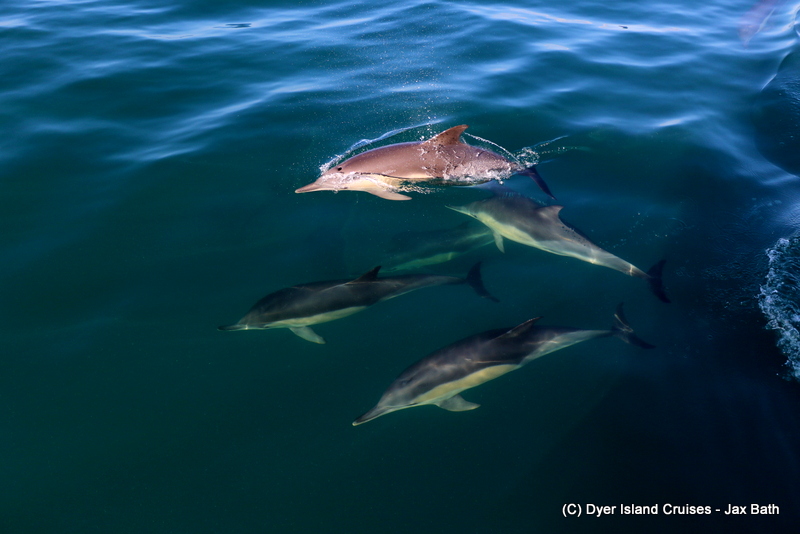 We were spoiled rotten by our sea creatures today, spotting most of our favourite species within minutes! The reason for this? Silver schooling fish. When the fish begin to move through our area, their presence brings most of our Marine Big 5 out and up to the surface, where they will work together to catch something to eat. In one sighting, we managed to spot all but the shark, simply because a school of fish had moved through a little earlier on in the day, and we had some of the animals hanging around.

Our first clue was a disturbance on the water that gave away the presence of a pod of Common Dolphins, one of our all time favorite sights. We had the dolphins come straight up to the boat, playing and checking us out from below. We had incredibly clear blue water today, which allowed us to watch the dolphins as they whistled and zoomed by. We had a couple of young calves to bring in the cuteness factor, and we were also treated to sights such as spy hopping, surfing the swell and even a flip or two.

At around the same time we were watching the dolphins, we also spotted a couple of African Penguins milling around in the water. The penguins weren’t the only fish eaters in the area however, as we had a Brydes Whale pop up and give u a lovely view as it did. This whale was slowly travelling Along, perhaps taking it easy after a morning of feeding. Once we had enjoyed all of this splendor, we made our way towards the shark cage diving vessels to spot a Copper Shark. We were in luck, a this Bronzie really was a show off, giving us some great views whilst giving their shark cage divers some serious thrills.

We finished off our tour by stopping at Dyer Island for some more penguins and spending some quality time over in Shark Alley, where our seals were playing and napping away. We also got to spot Box Jellyfish and Night Light Jellyfish on this tour, making for an awesome day of diversity. 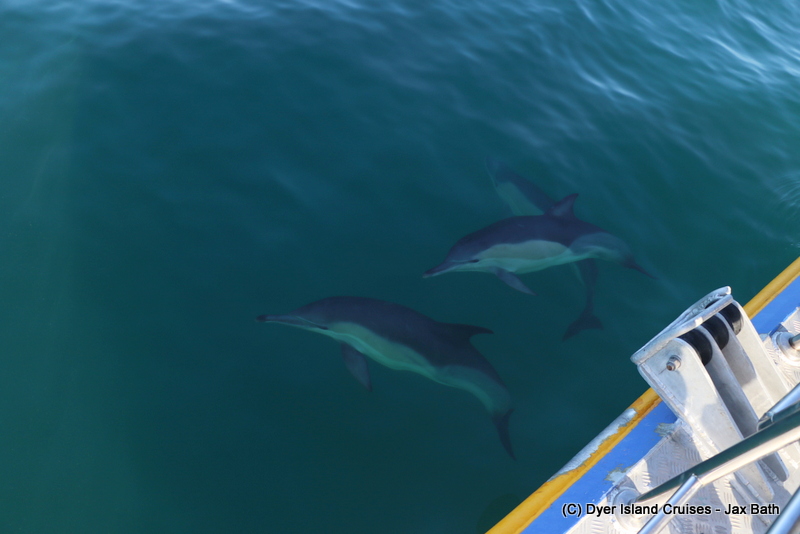 With incredible Visibility today, we could see exactly what the dolphins were up to this morning. 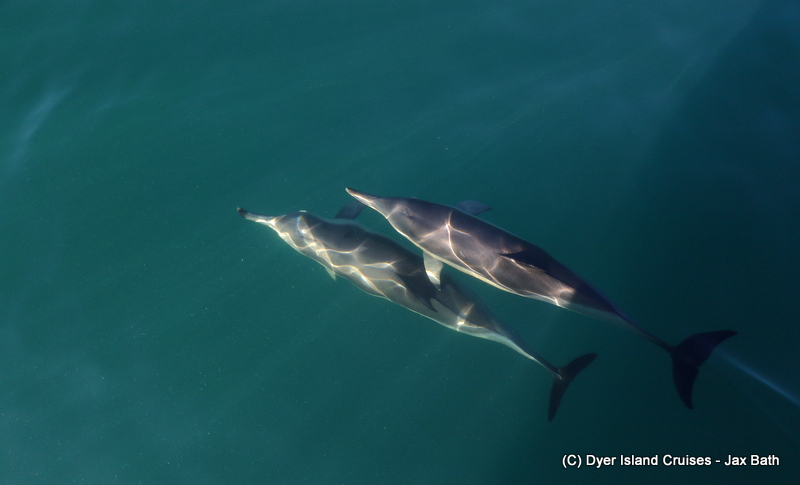 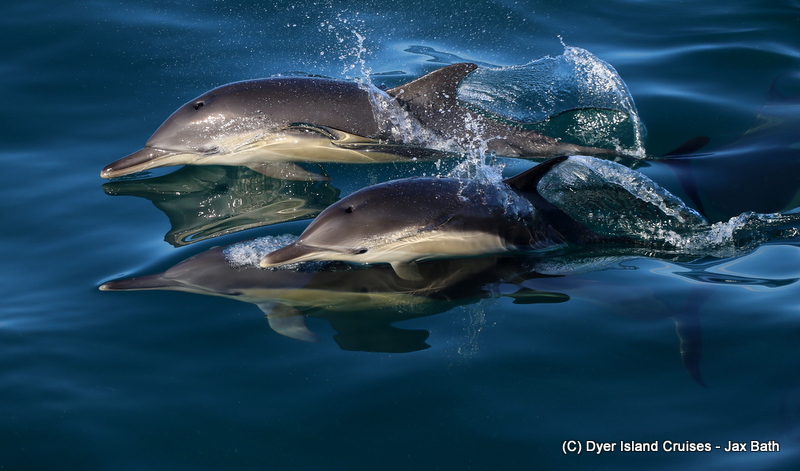 We were so lucky to have a pod of over 100 Common Dolphins moving around the boat. 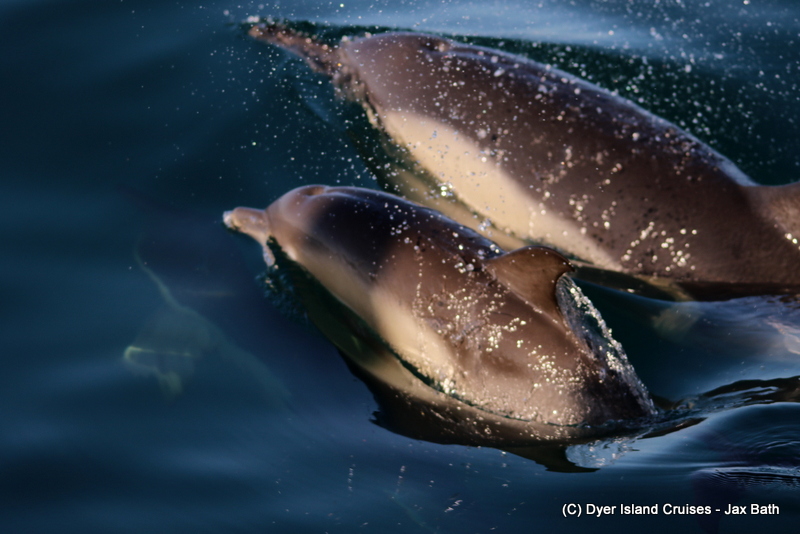 We had some young calves around in this group, with this little one still having a few very light fetal folds. (not seen here) 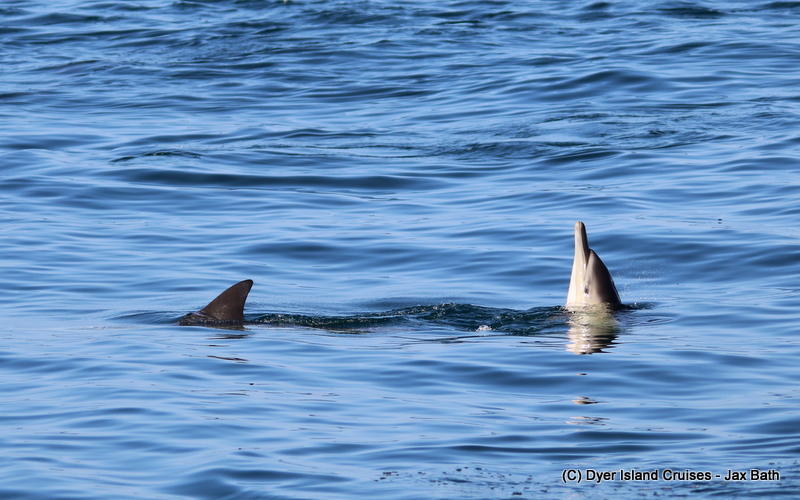 Dolphins love to ride and swim with the boat. 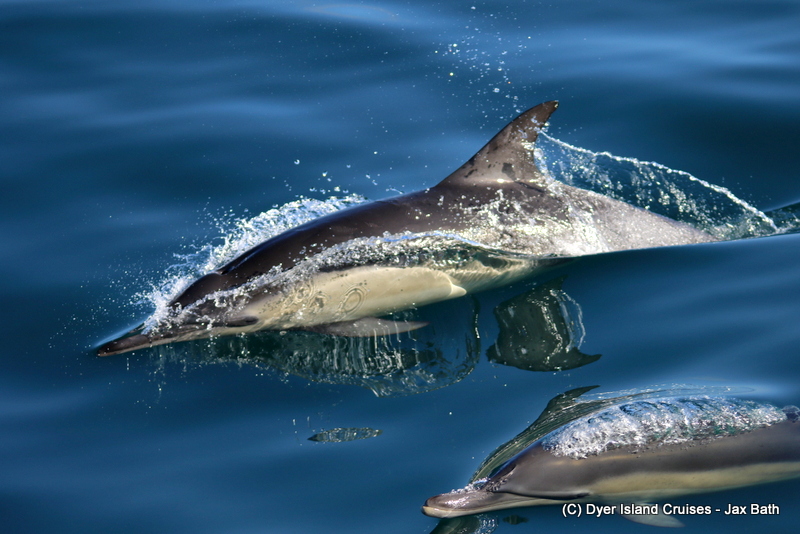 The dolphins were super playful today,and we could hear them whistling under our vessel. 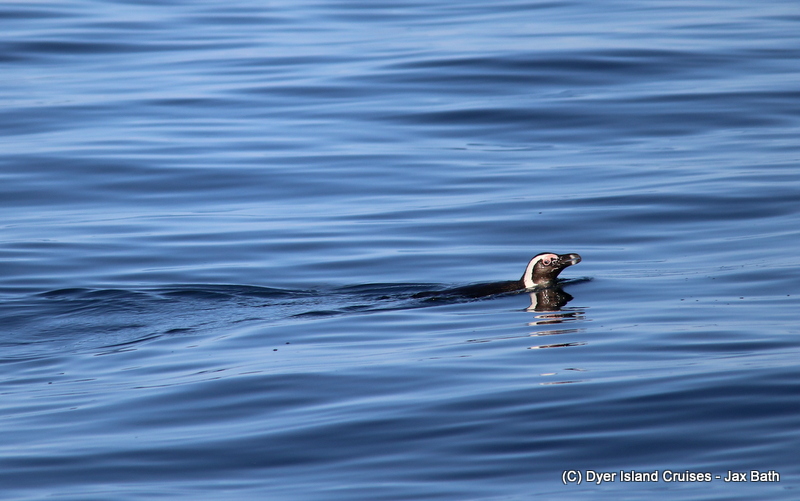 There were a couple of African Penguins in the water around the dolphins. 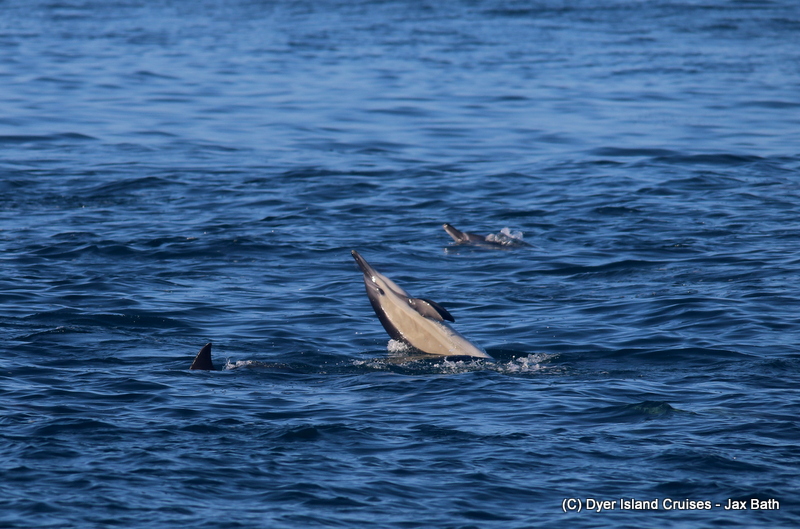 A Dolphin having some fun. 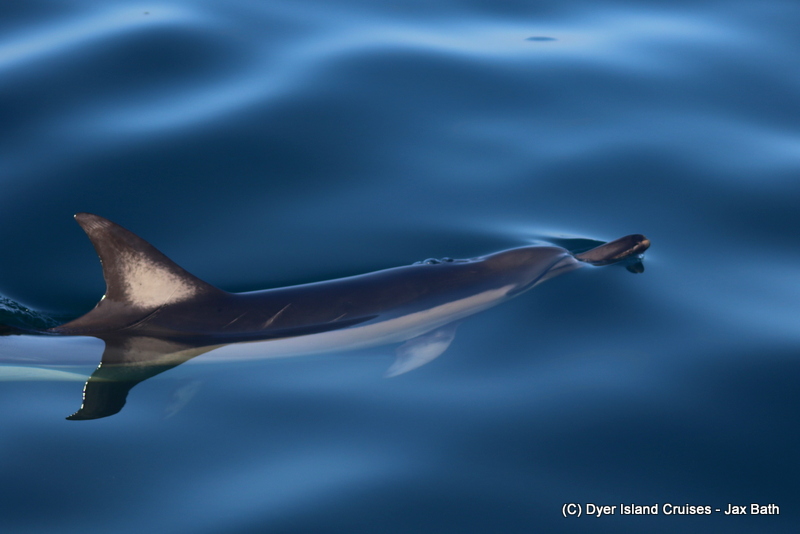 About to break the surface. 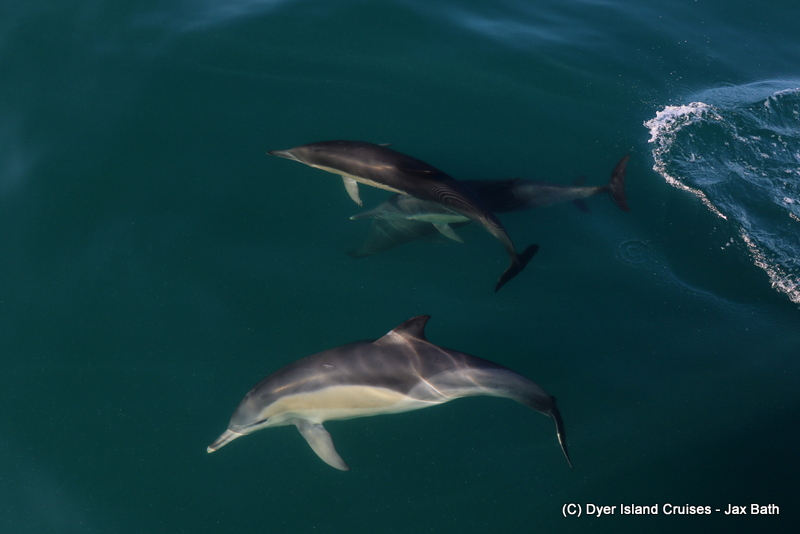 Moving so effortlessly through the water column. 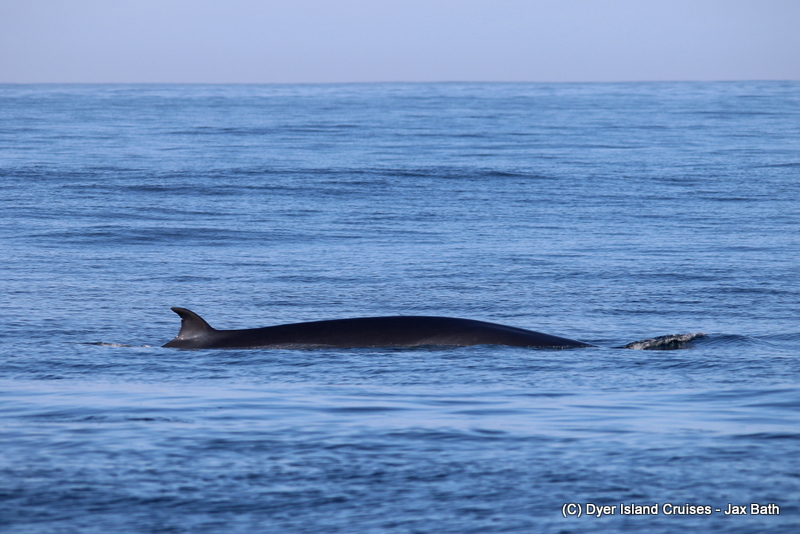 A Beautiful Brydes Whale moving close to the dolphins, one can not help but wonder what exactly happened when the fish came through. 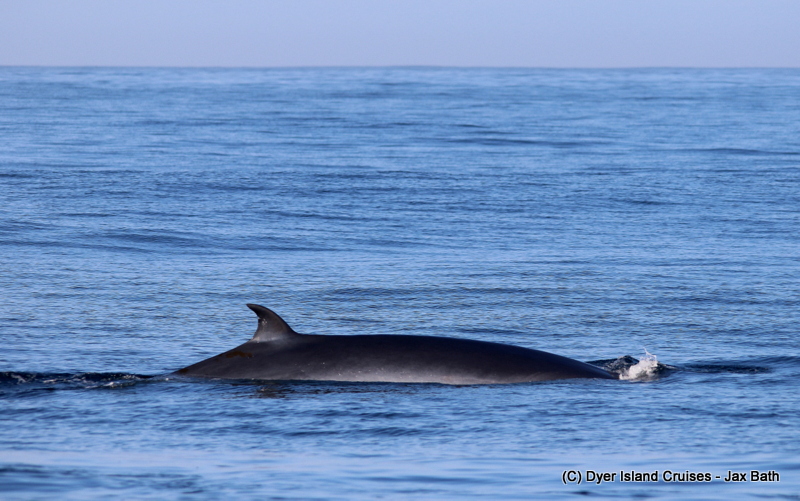 We got a few great views of this Brydes Whale before it took a deeper dive. 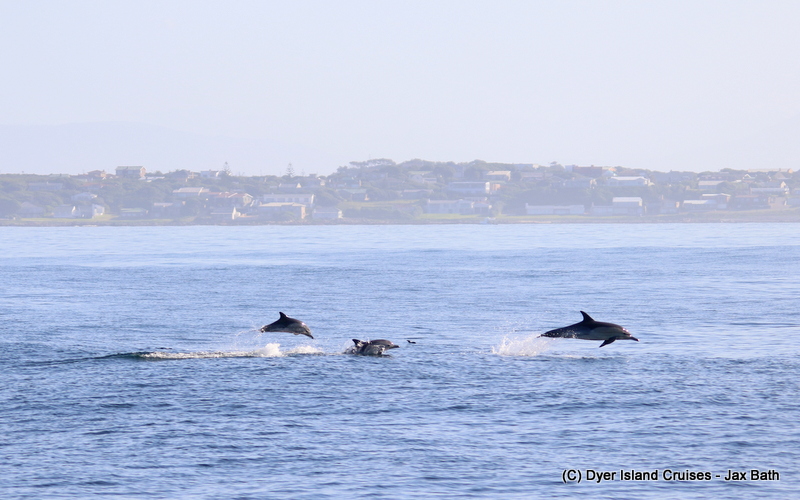 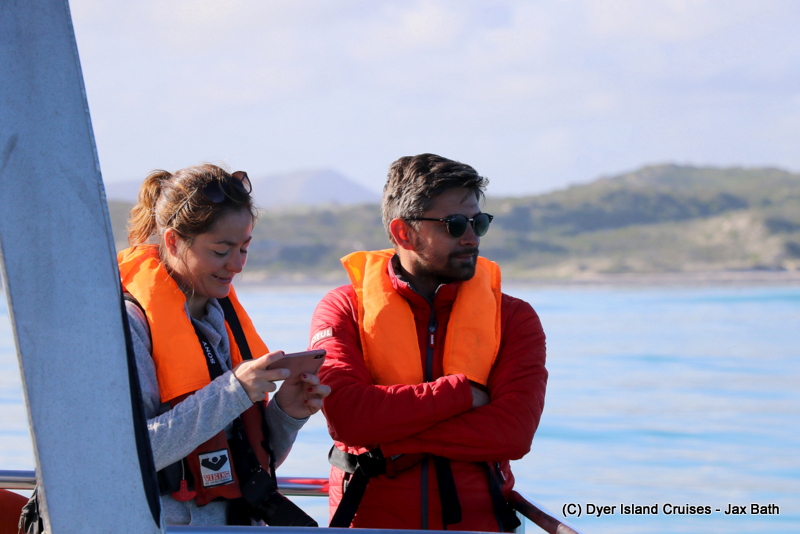 Getting ready to see some Copper Sharks. 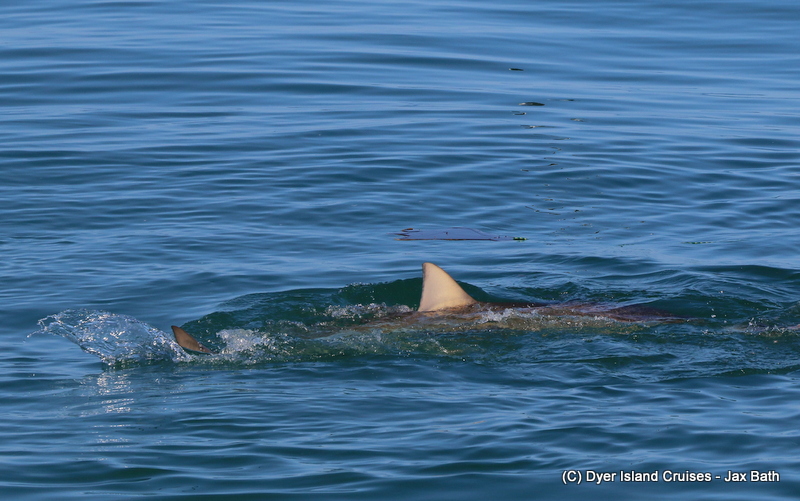 Sure enough, this beautiful creature appeared. 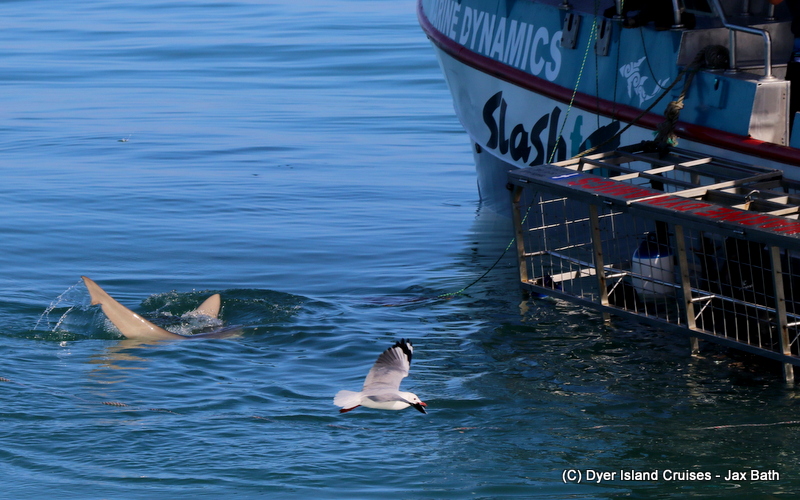 The sharks caudal and dorsal fin sticking out as it comes in for a closer look. 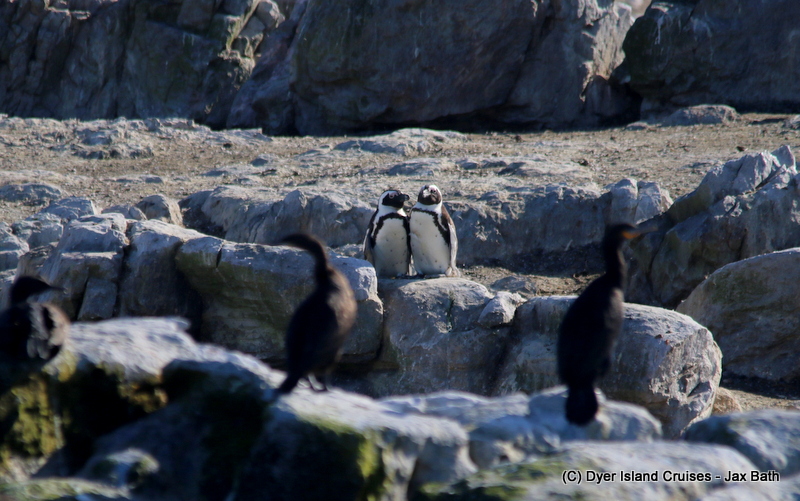 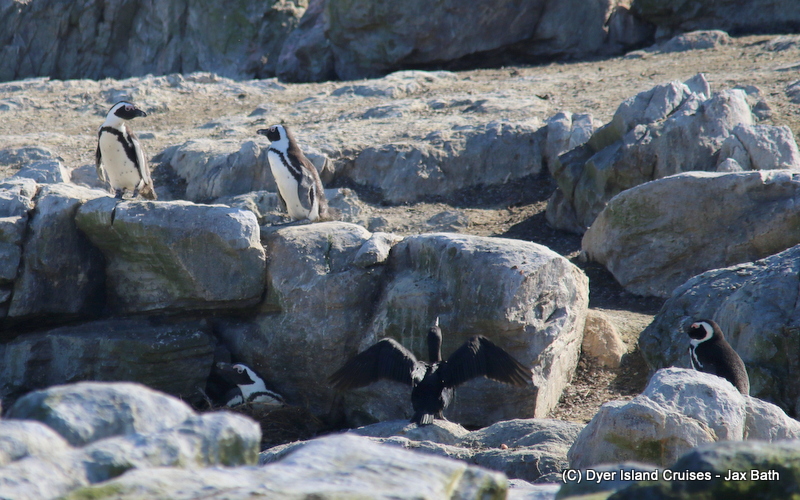 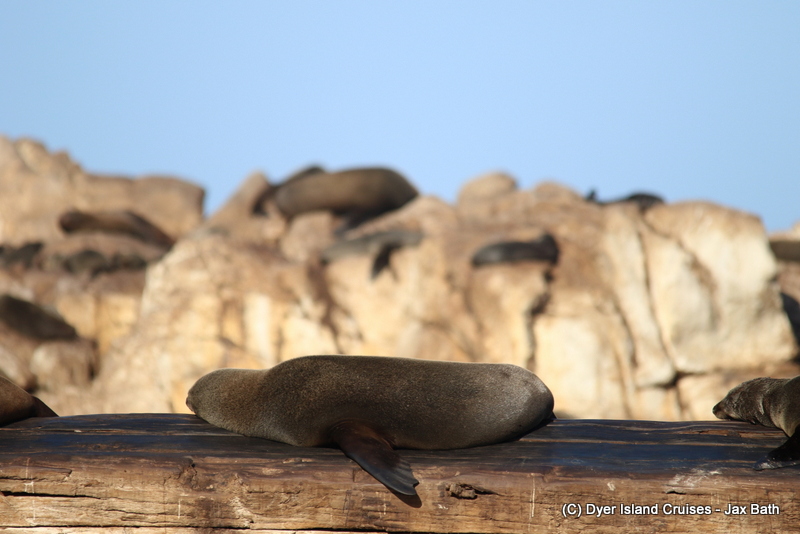 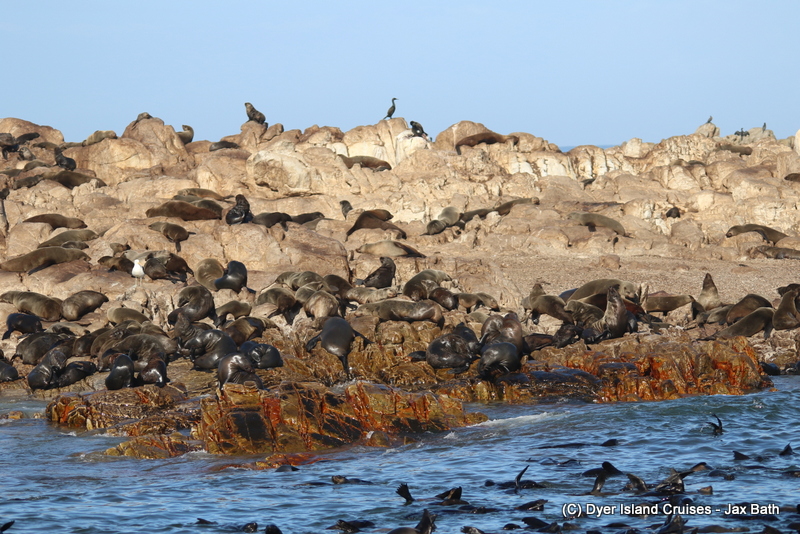 The typical scene at Geyser Rock. 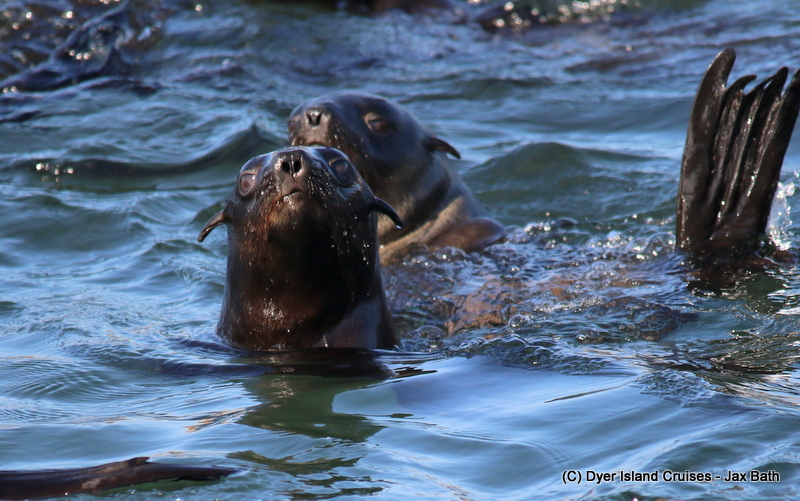