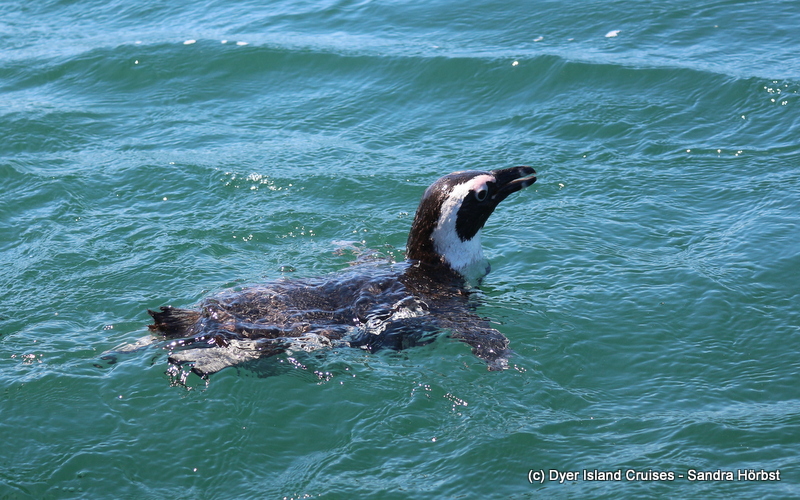 Due to some strong easterly wind in the morning we launched a little later today, this however didn’t affect the great sightings we had throughout the tour. Just passed the reef system, which is stretching from the mainland to Dyer Island we spotted our first Southern Right whale cow calf pair swimming alongside the thick kelp forest. The calf was very curious and came a little closer to have a look at us while the mother never left its side. After having some great looks at the pair, we moved on to Pearly Beach, where we found another mother and her young closer to shore. Our next stop was Geyser Rock to see the Cape Fur seal colony just behind Dyer Island. Every day we see more and more big bulls on the island trying to defend their territory and the females around them. Before heading back home to Kleinbaai we had a last stop at Dyer Island. As usual we approached the island a little closer to see some seabirds, but todays stop was special as we released two African penguins who have been at the African Penguin and Seabird Sanctuary here in Kleinbaai for rehabilitation. We were so happy to be part of this exciting moment and will cherish it for a long time. 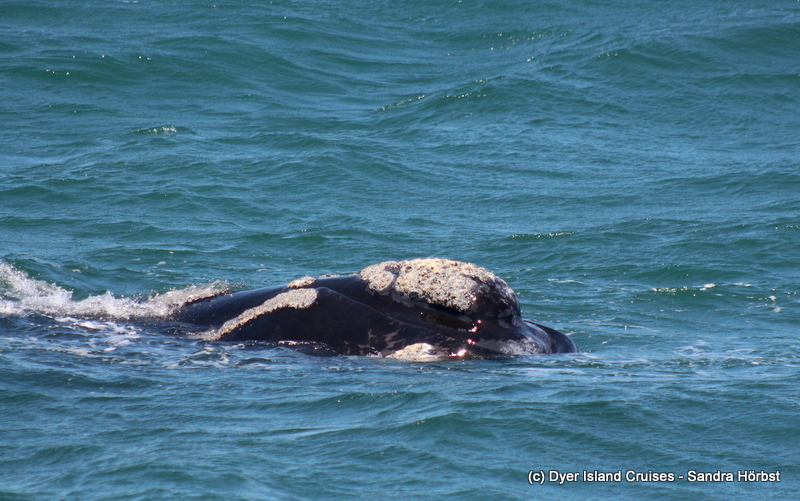 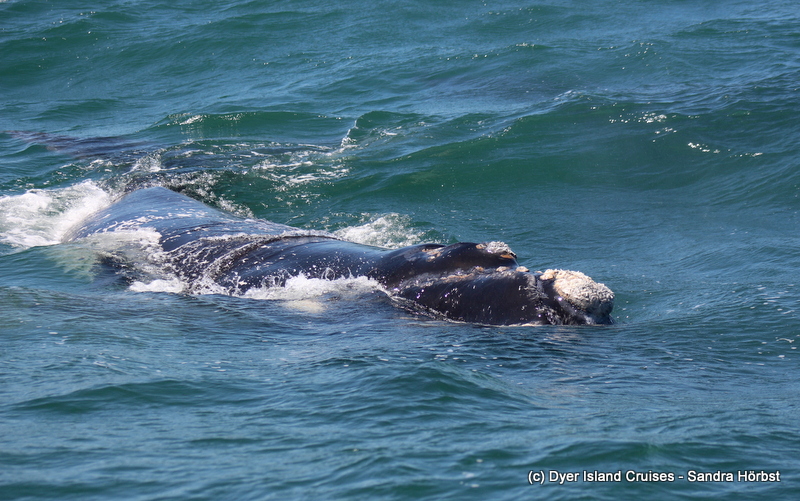 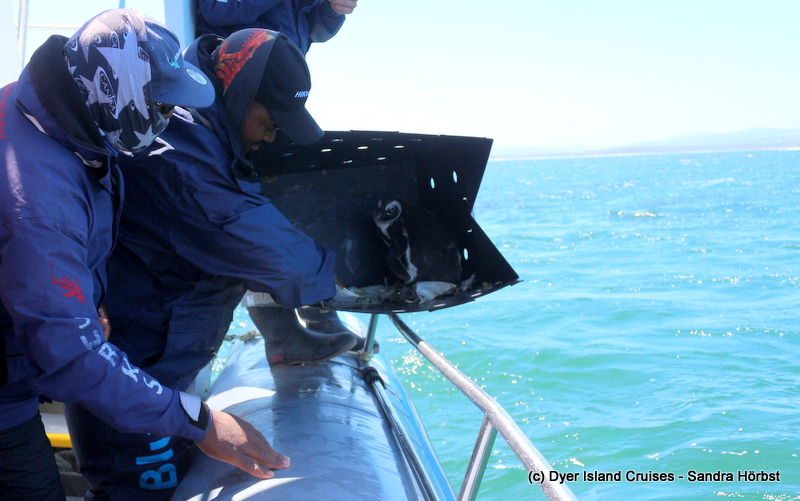 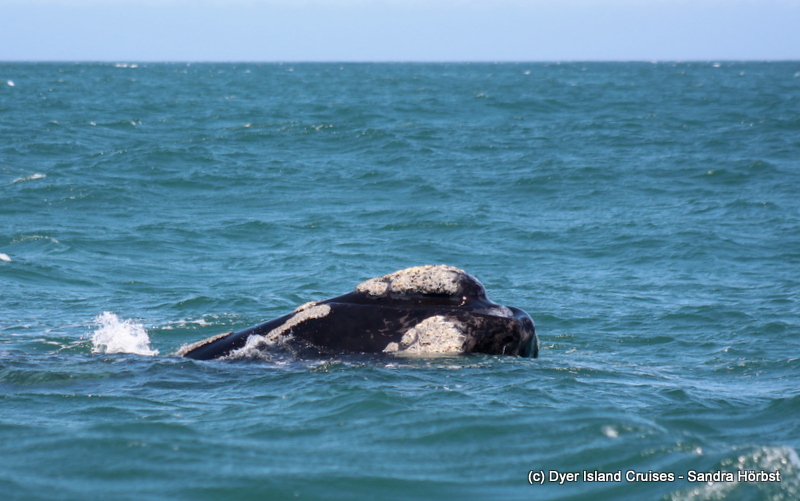 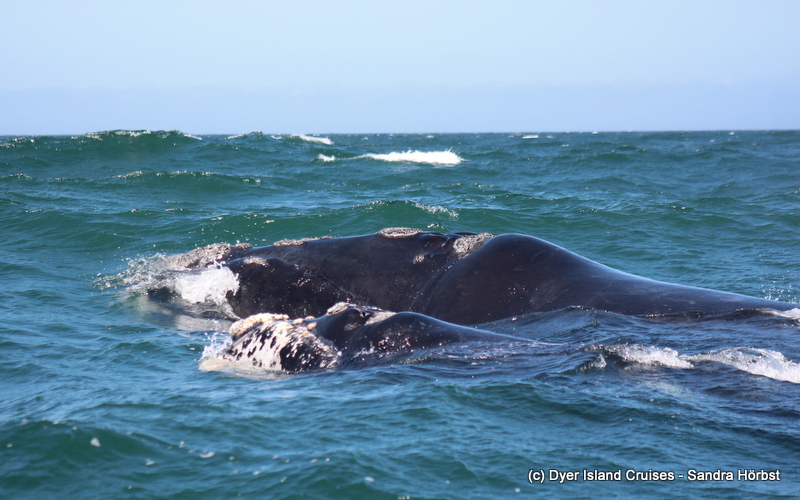 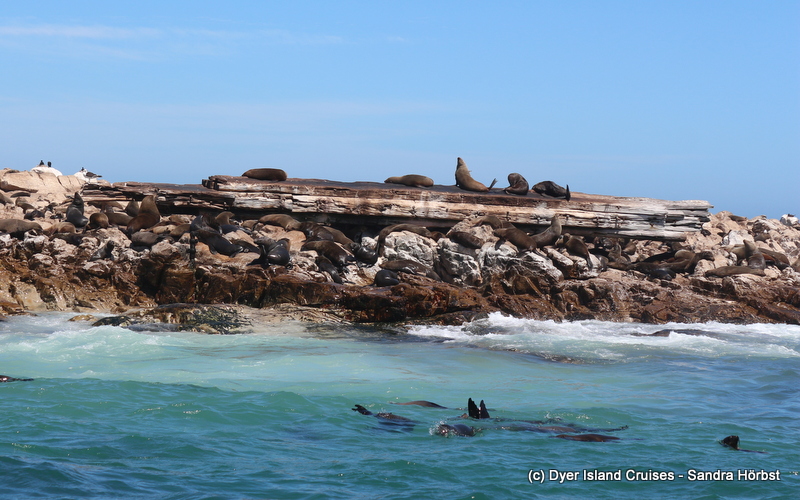 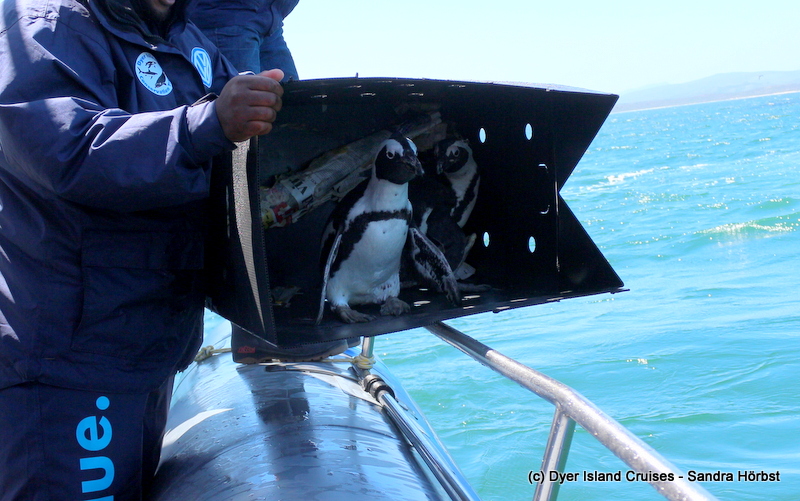 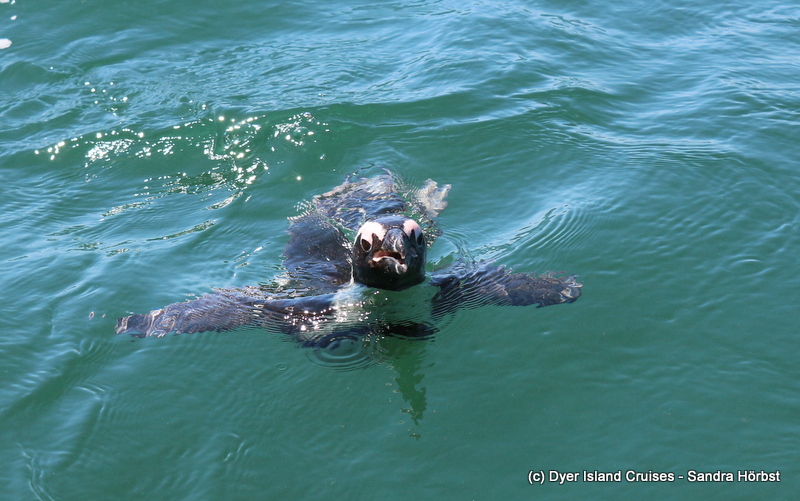