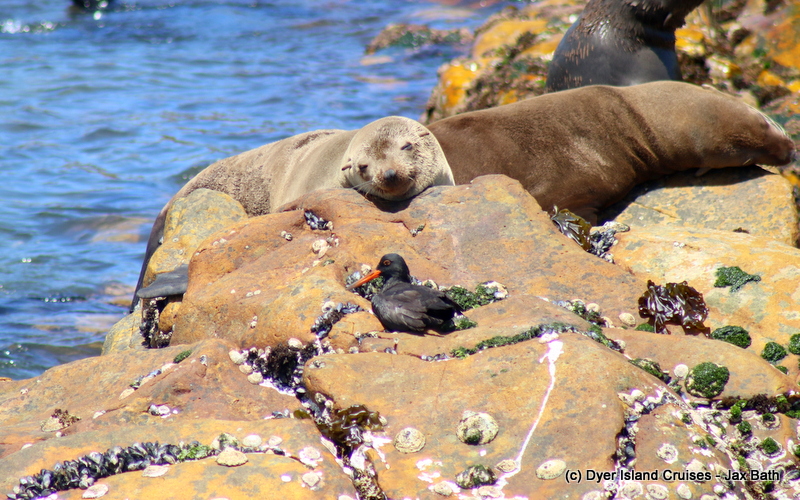 We had a really incredible time out on the water today, with 4 members of the Marine Big 5 showcasing their beauty to us as we traversed the bay in search of some wildlife. We started off the tour in search of sharks, heading towards Slashfin where we hoped we might get to see a Copper Shark or two. We were in luck, with a few sights of one of natures least understood creatures. We spent a good 10 minutes having a look out to spot that iconic dorsal fin before making our way towards the beach of Die Grys.

We didn’t get too far however, as Kira’s eagle eyes spied a dorsal fin of a different sort, this time, it was that of the Indian Ocean Humpback Dolphin, of which we have just under 30 animals that we know to frequent our bay. This time around, we caught up with 2 individuals who were travelling quite fast through the water, heading north east towards Franskraal beach. We decided to travel with them for a bit before heading on over towards our reef systems. At the reef, we picked up some kelp before heading on over into deeper water. We spotted a variety of bird species, which included some Cape Gannets, a Sooty Shearwater or two and even a Corey Shearwater.

We then moved in towards our island systems where we were treated to the sight of 60 000 Cape Fur Seals, including our thousands of adorable pups. We spent some time moving up and down Shark Alley, taking in the sights and smells before heading towards our African Penguins on Dyer Island. On the way, we were treated to the sight of a bait ball, which consisted on a variety of birds, terns, gulls and cormorants were all trying to get their fair share of the silver schooling fish travelling through, so we watched with excitement as they dived, going in for the kill.

After watching this sea Serengeti, we took a stop to point out some African Penguins before returning home. 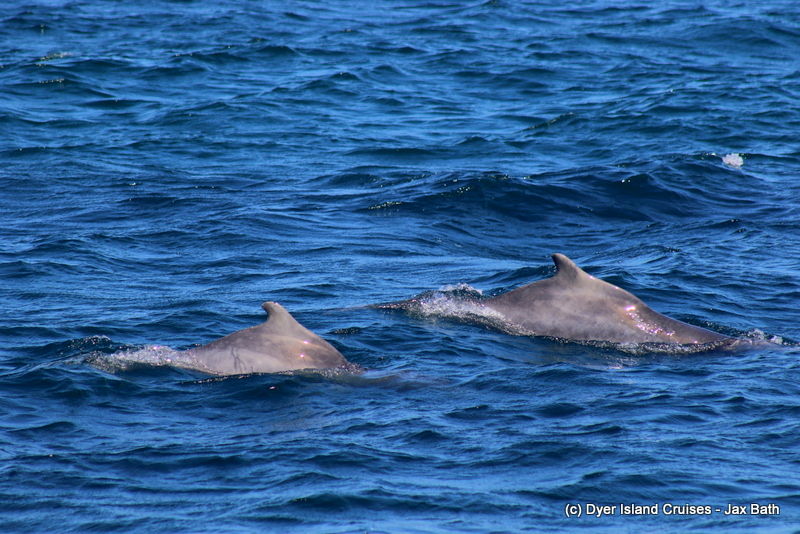 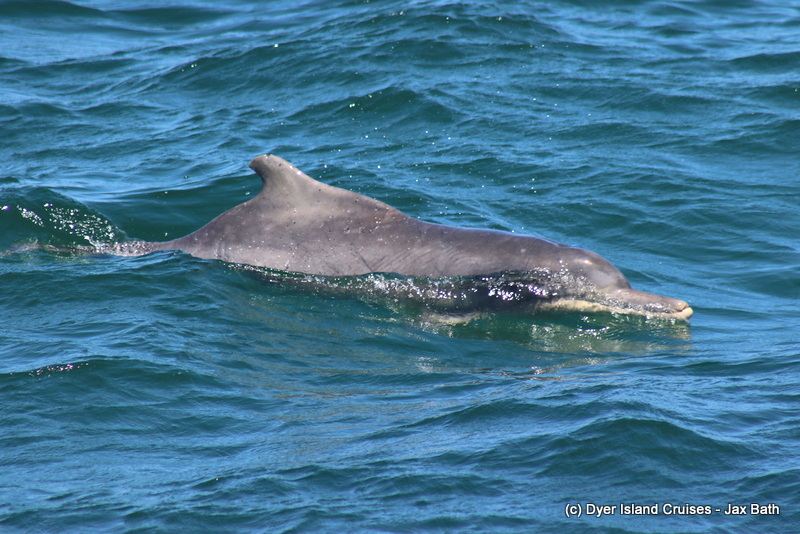 These dolphins were travelling fast , heading towards the beach. 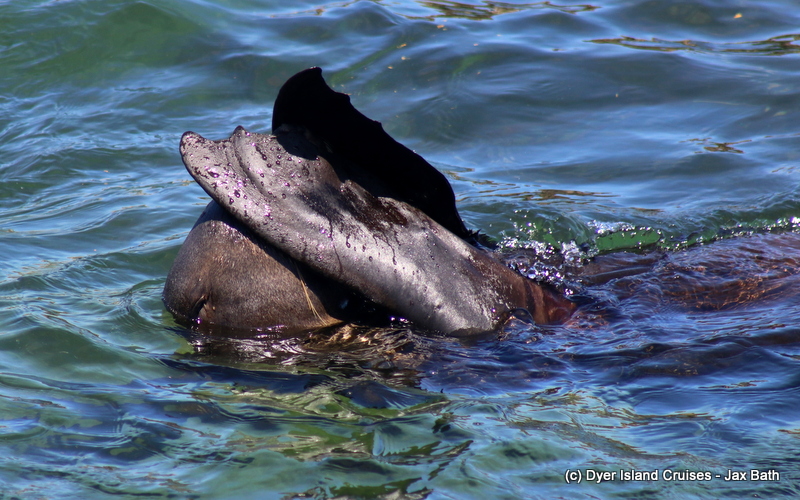 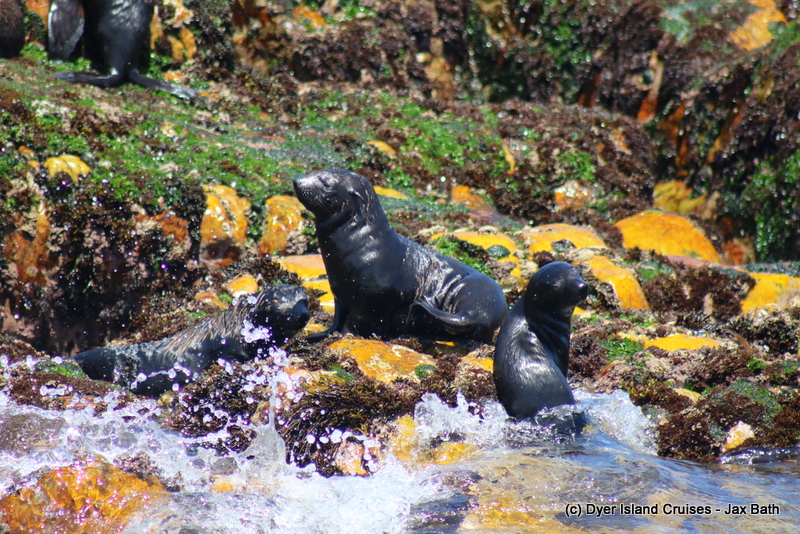 Seal pups sitting at the water’s edge, practicing their swimming. 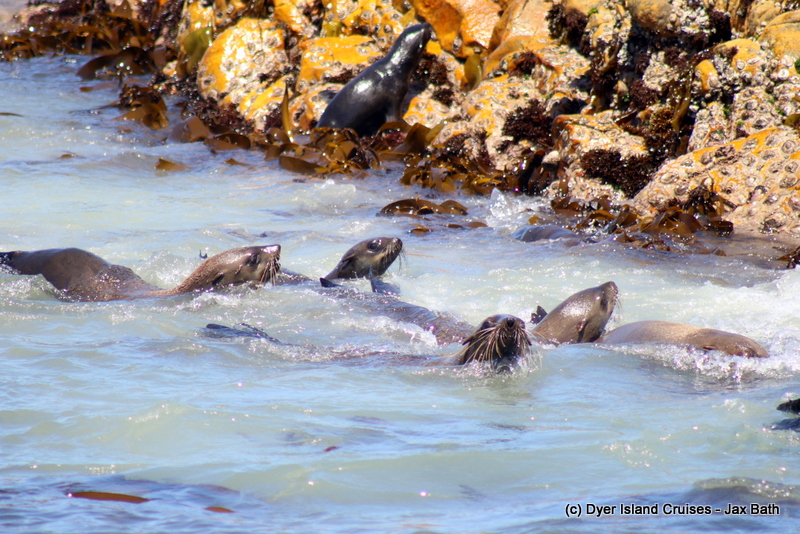 Seals who were frightened, when cared these animals will descend on the water. 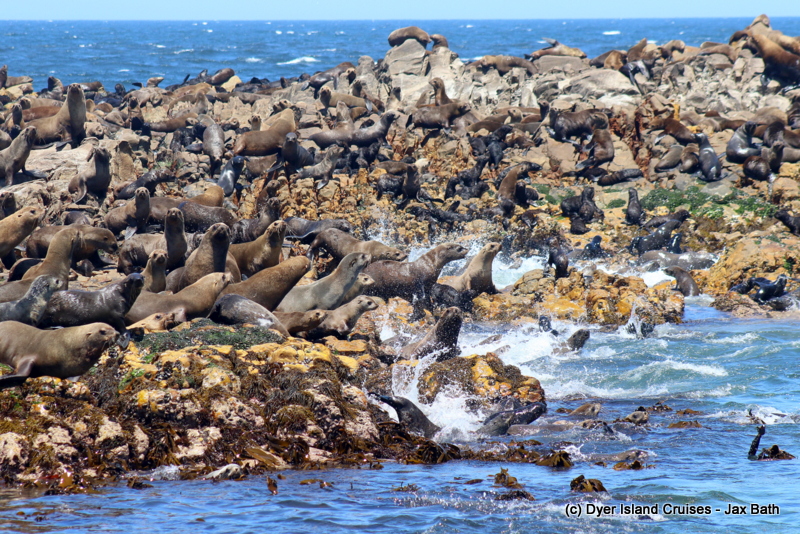 Another angle of the seals all heading down to the water. 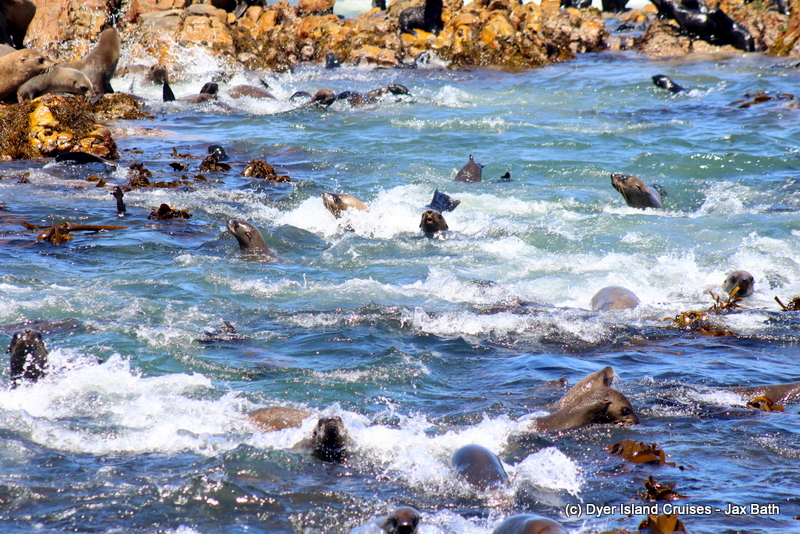 Chaos in the water. 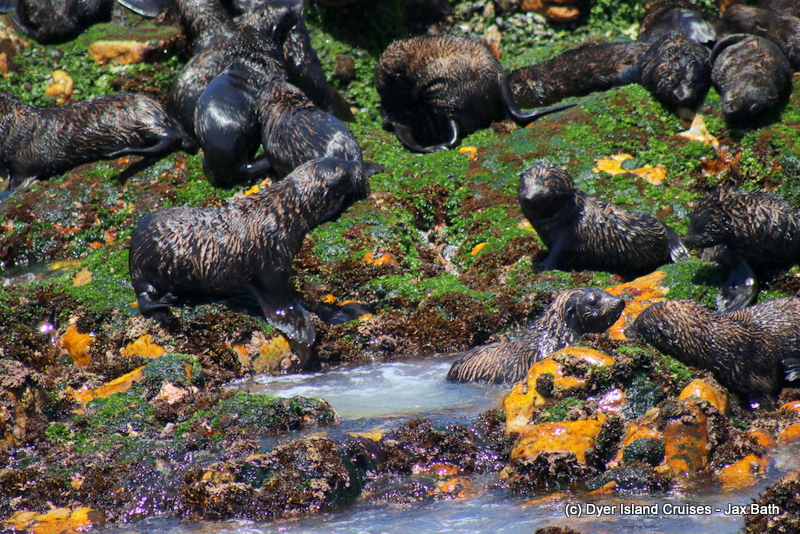 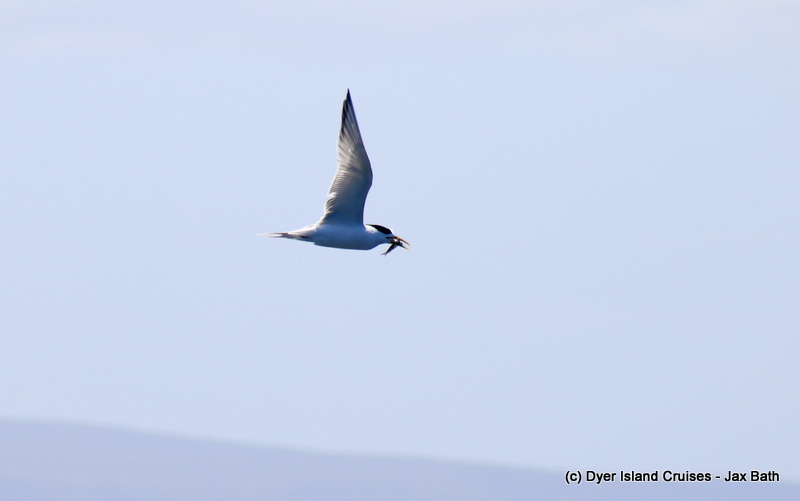 A Swift Tern who caught himself some lunch. 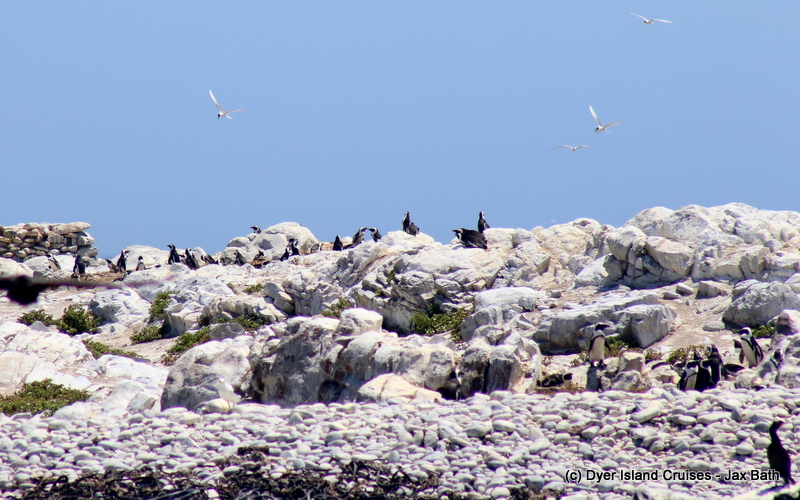 African Penguins hanging out on the skyline of Dyer Island. 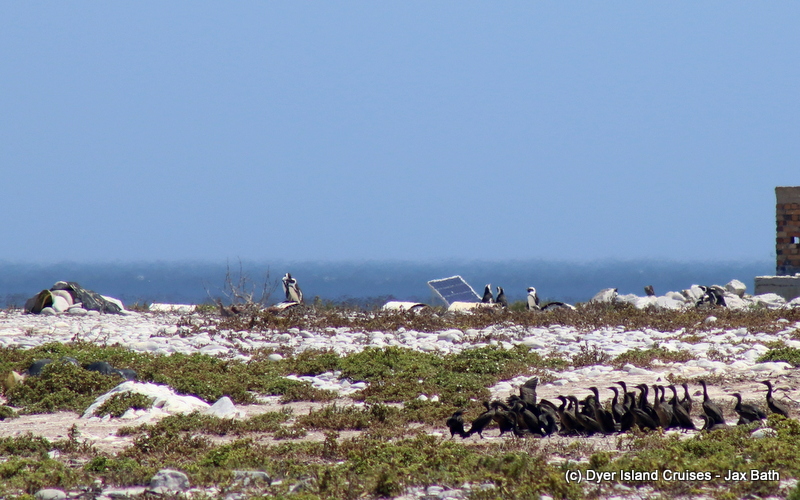 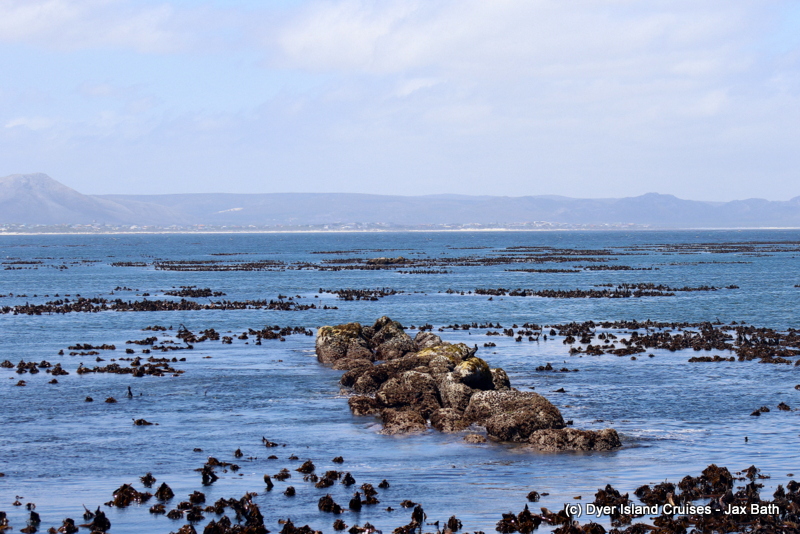 A rocky outcrop along The Clyde Reef System. 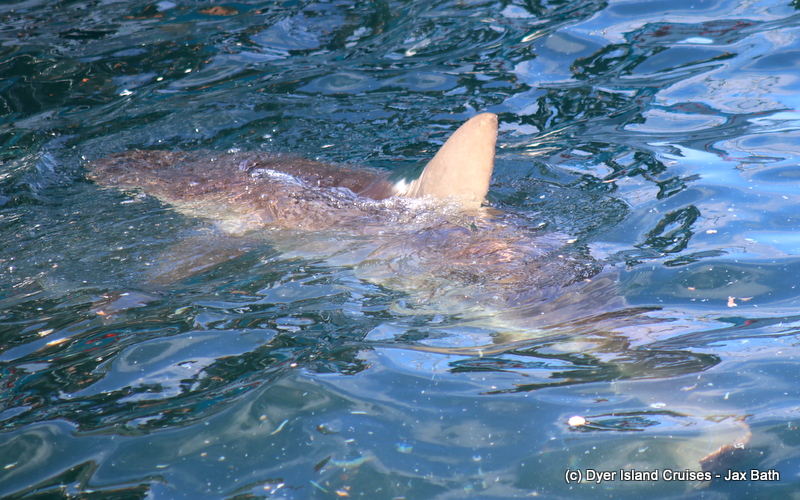 A Beautiful Copper Shark around Slashfin.