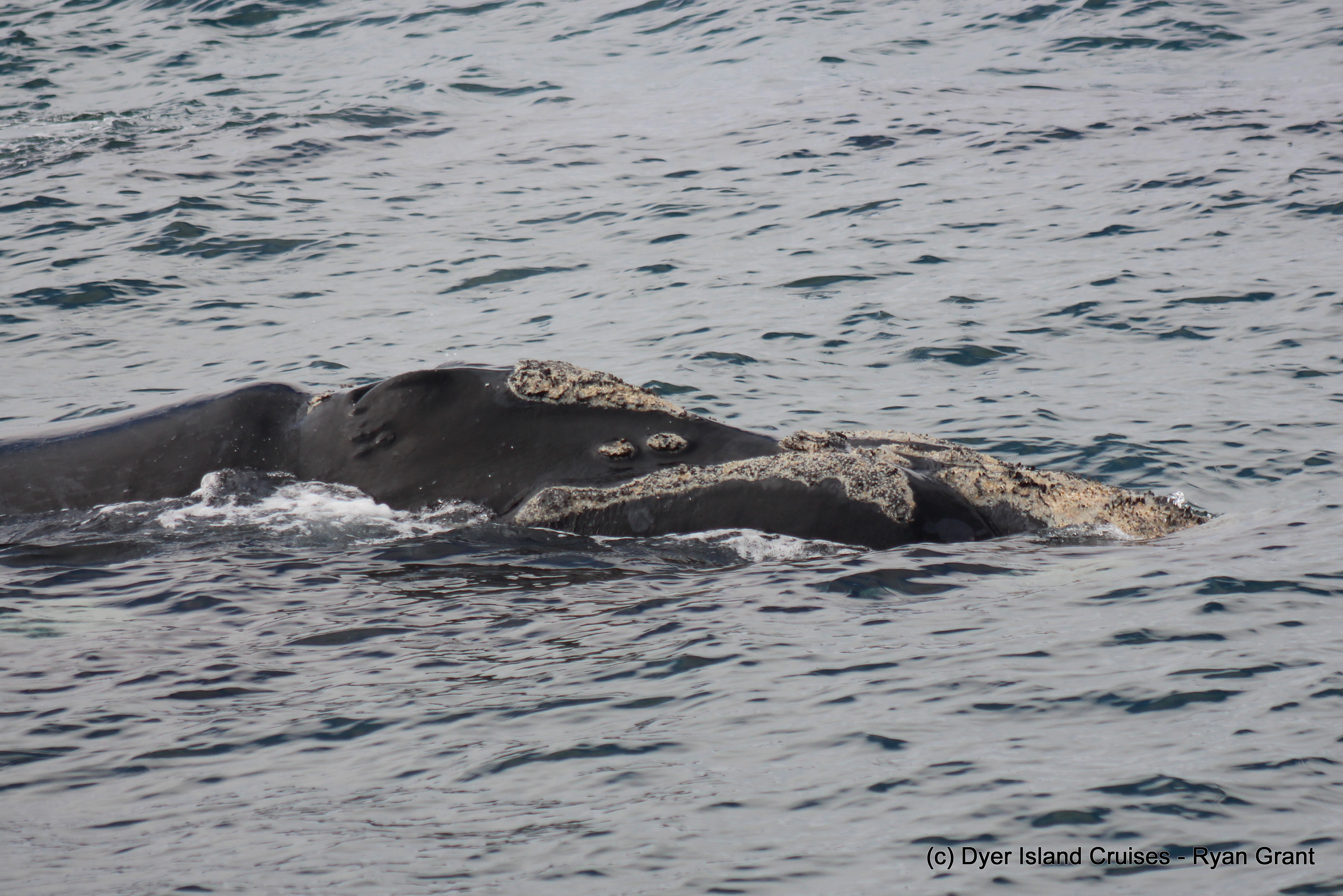 On our usual route towards Danger Point we have been excited to have spotted a sunfish. The sunfish was swimming just below the surface and its fins and head were breaking through the surface a couple of times so we could get a good look. Just after leaving the sunfish behind we spotted two southern right whales. We had some fantastic looks at these gentle giants as they were approaching our vessel to investigate. Next we made a stop bay Dyer Island and spotted quite a few African Penguin and even more Cape Fur seals on Geyser Rock. On our way home we were cruising along the coastline in shallow waters before entering Kleinbaai harbour after a great time at sea. 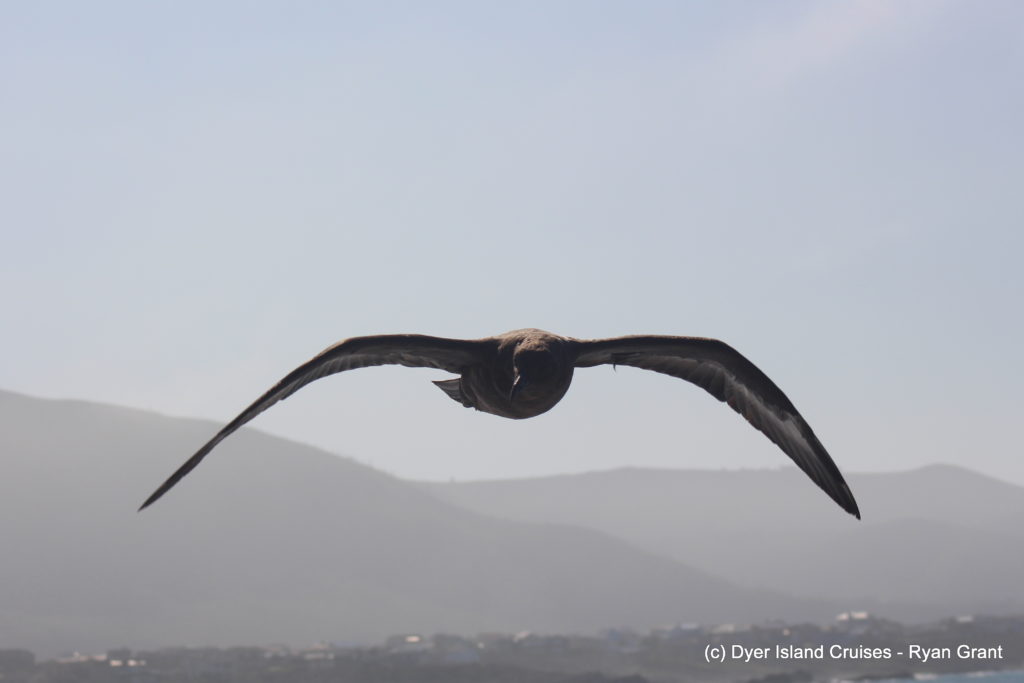 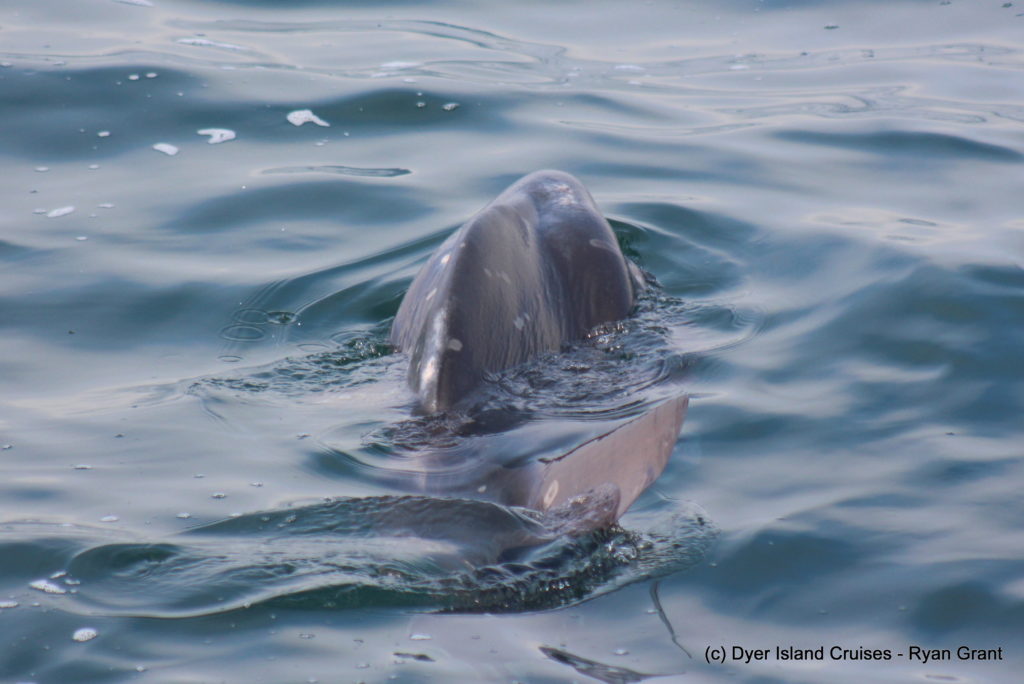 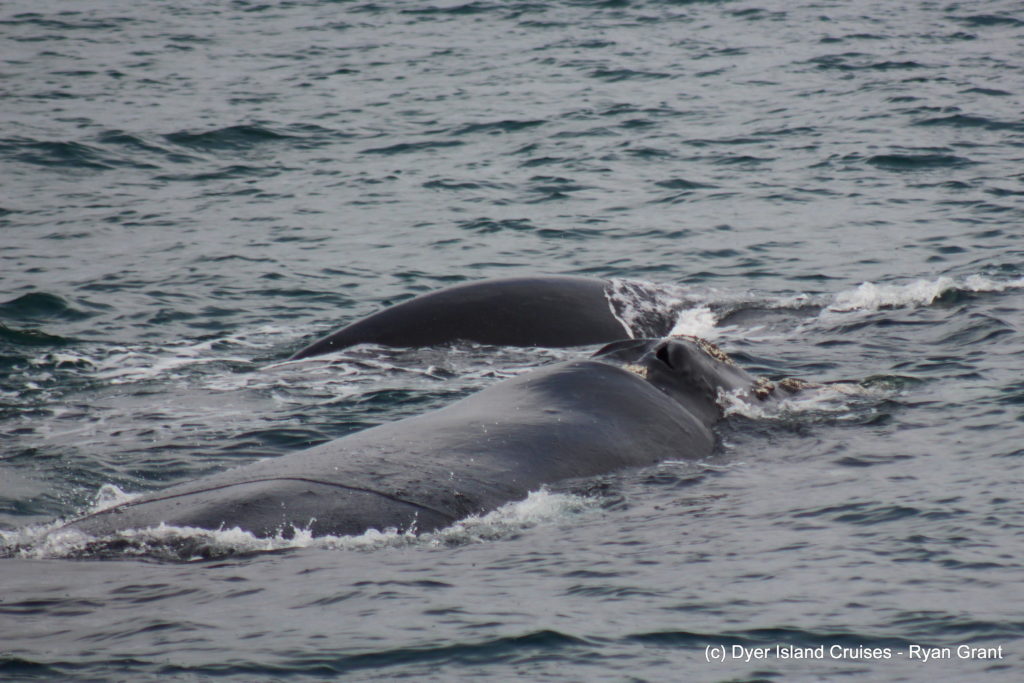 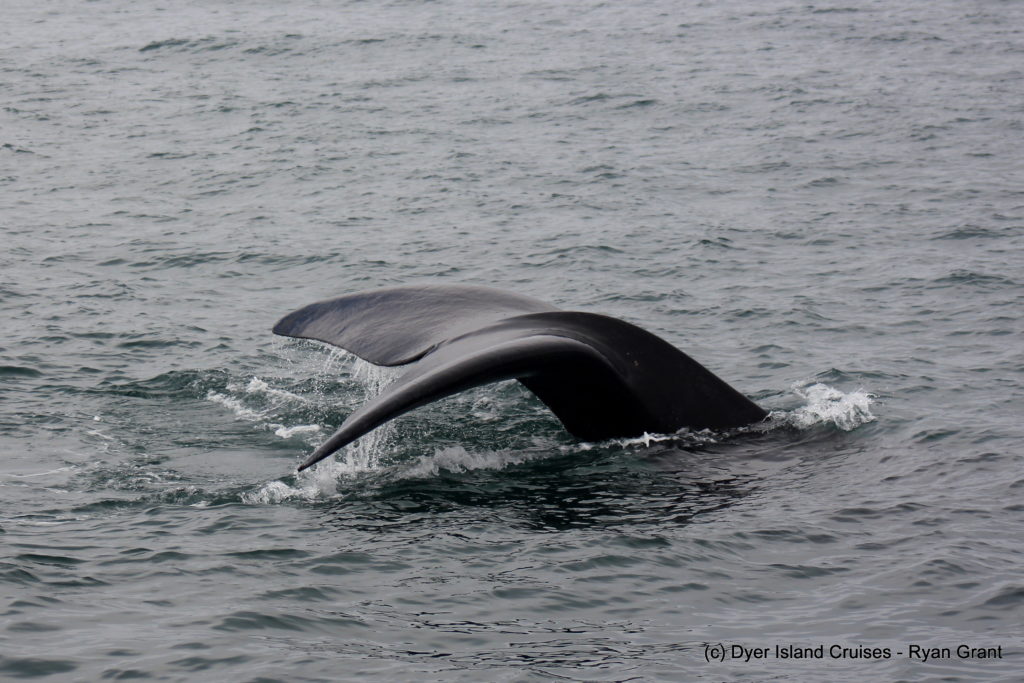 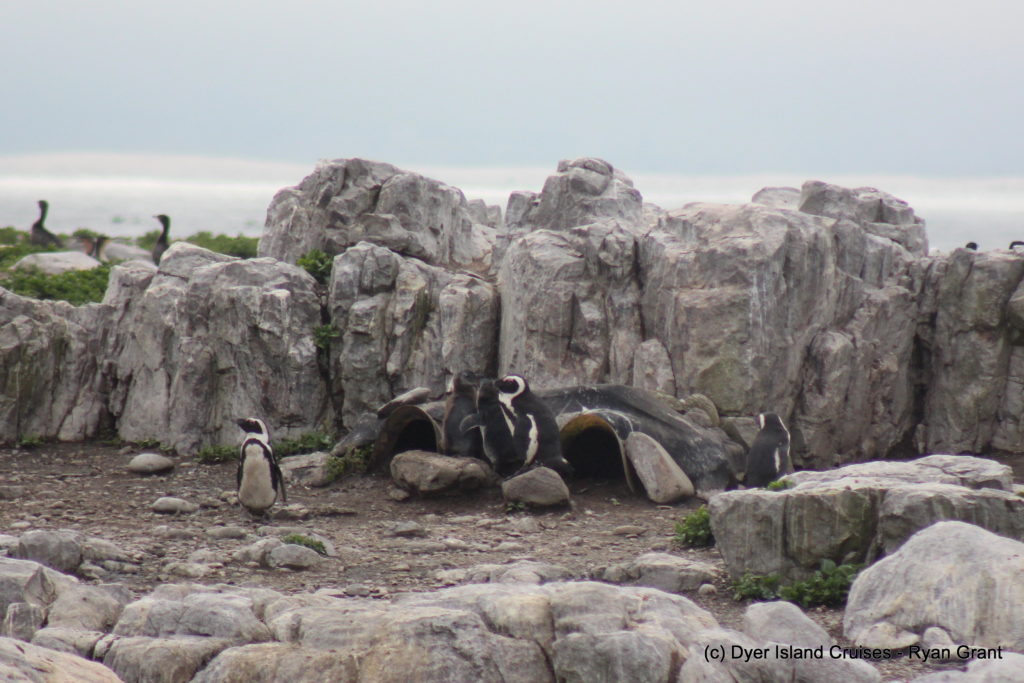 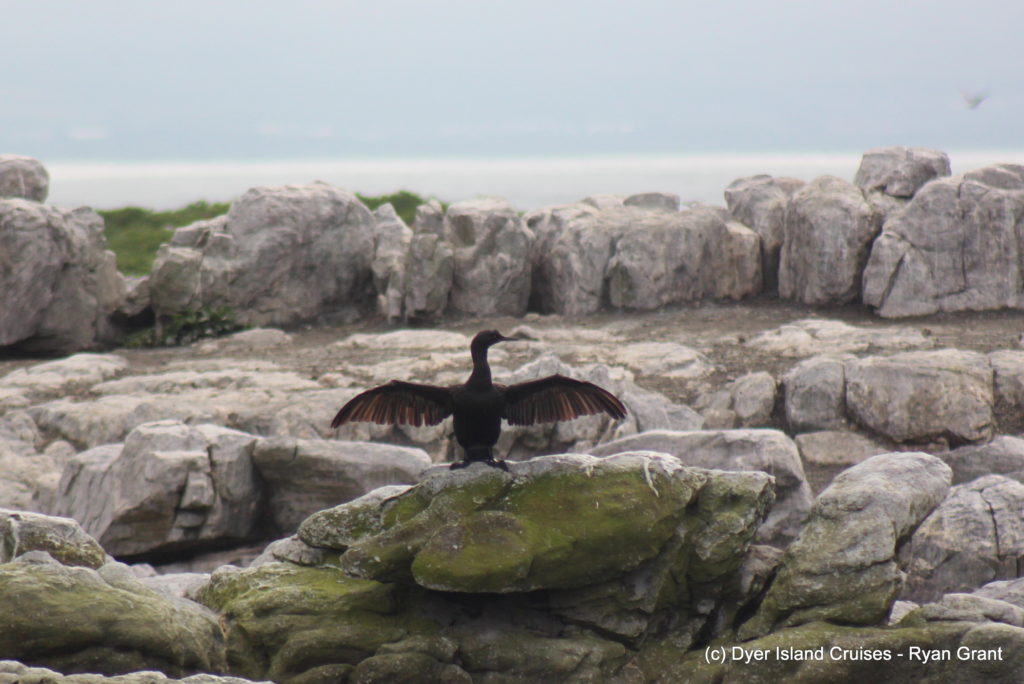 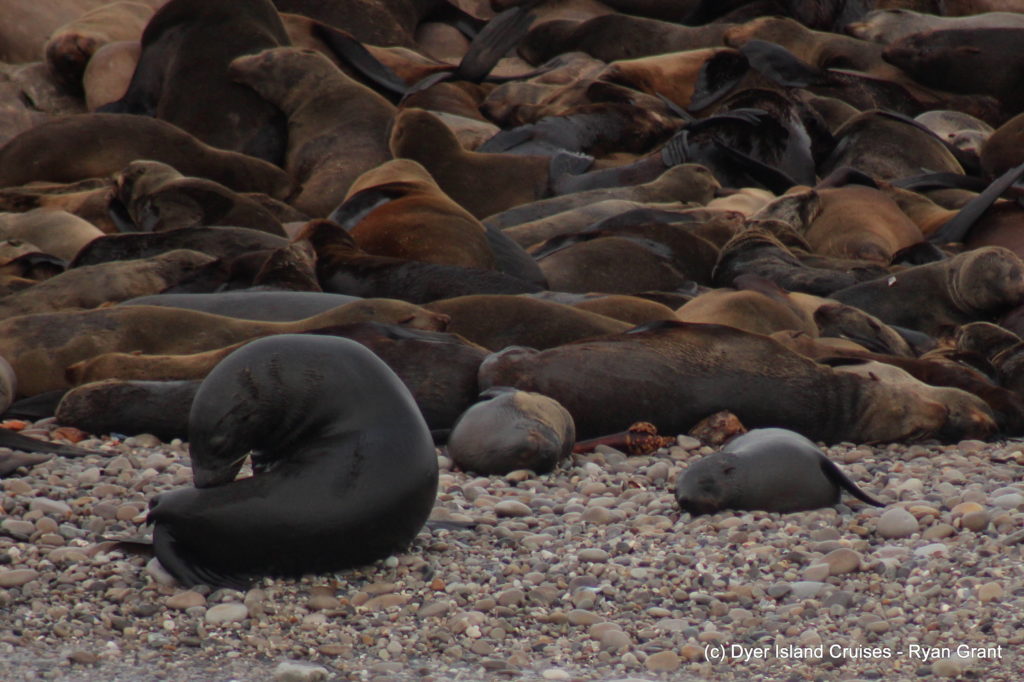 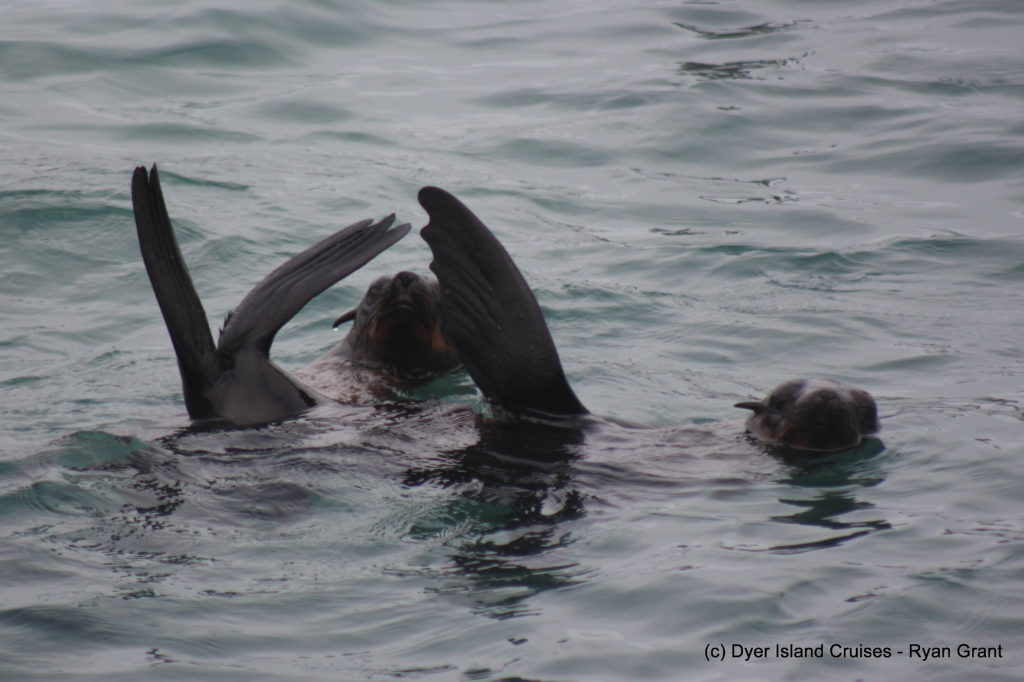