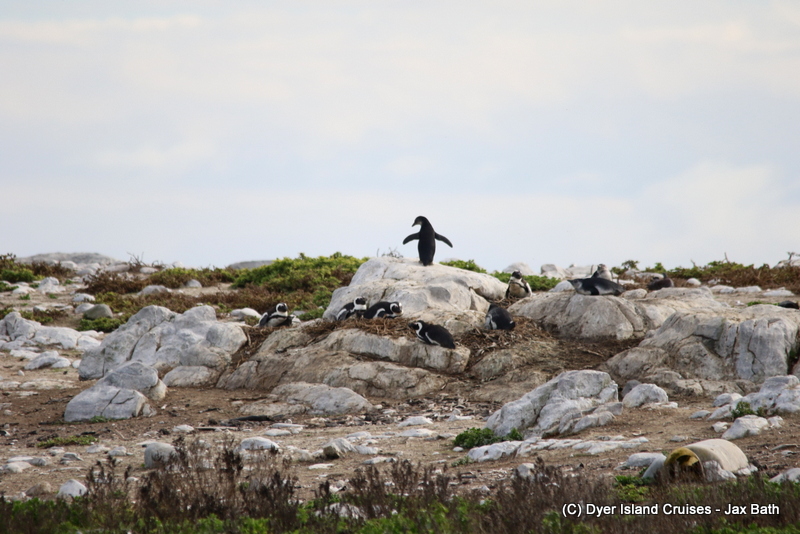 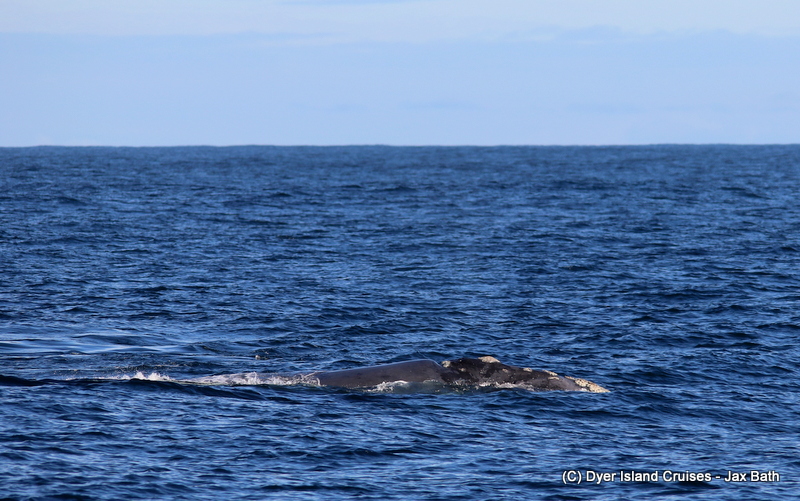 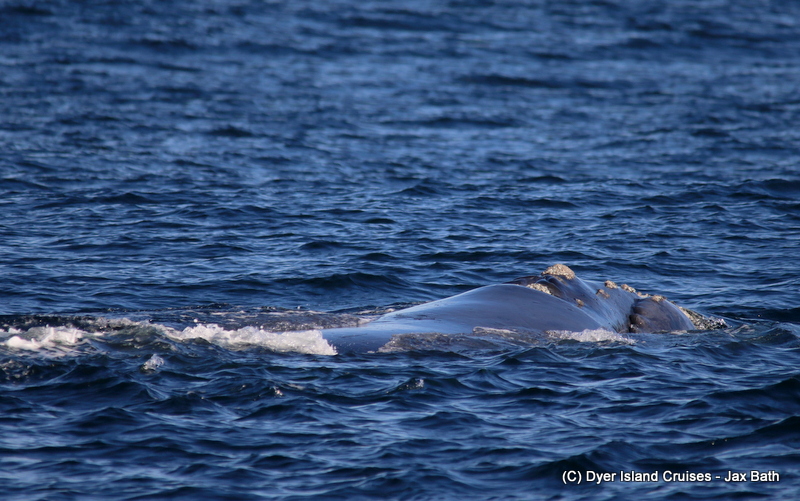 The Whales decided to go their separate ways when we found them, so we spent a bit of time with both. 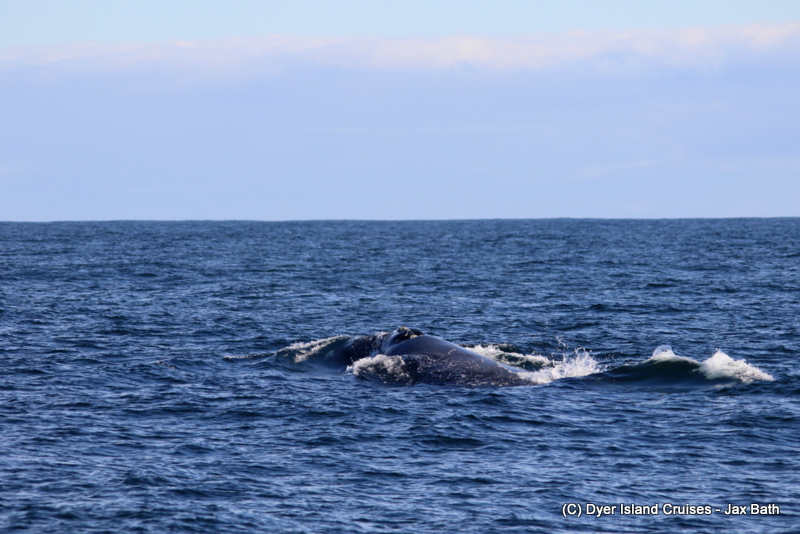 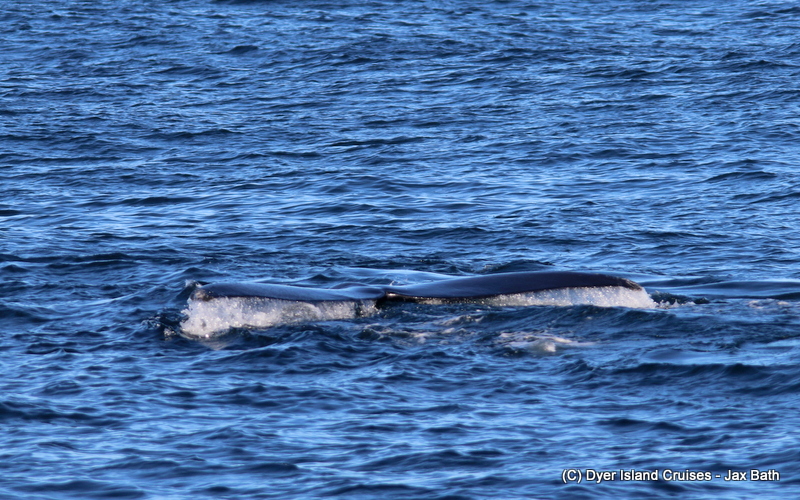 A touch of tail during the sighting. 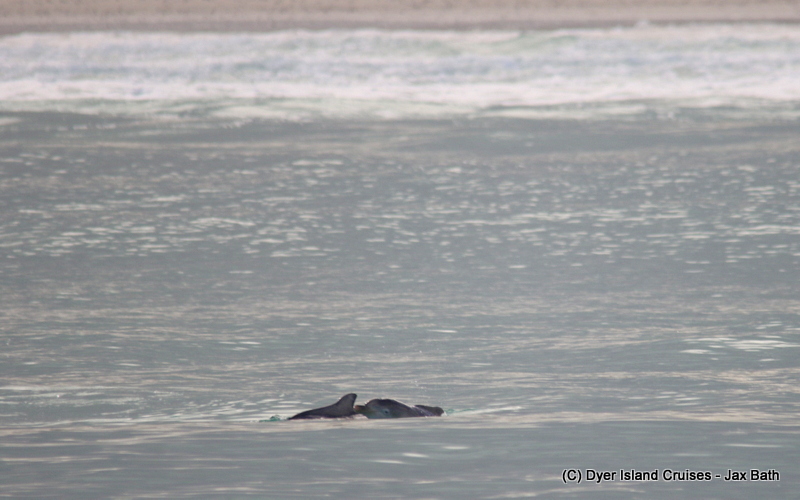 A young Indian Ocean Humpback Dolphin calf, I believe this is the second in only a week! 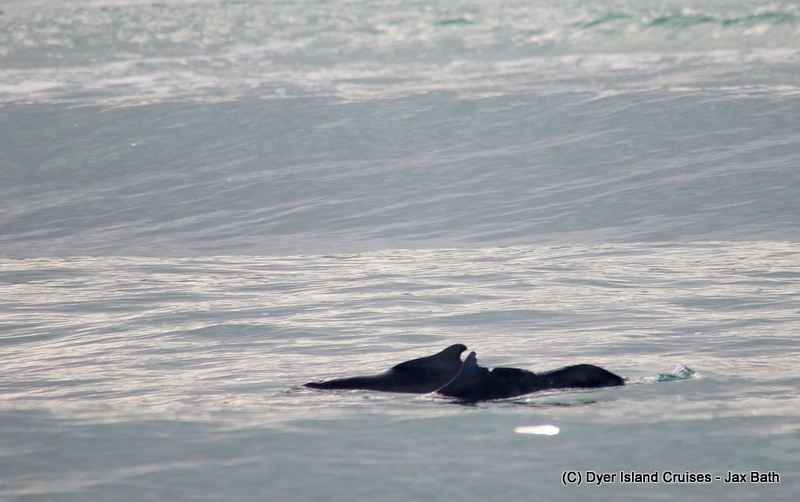 Summer, one of our iconic dolphins, travelling along with another Humpback Dolphin. Summer is in the foreground and has a very distinctive dorsal fin. 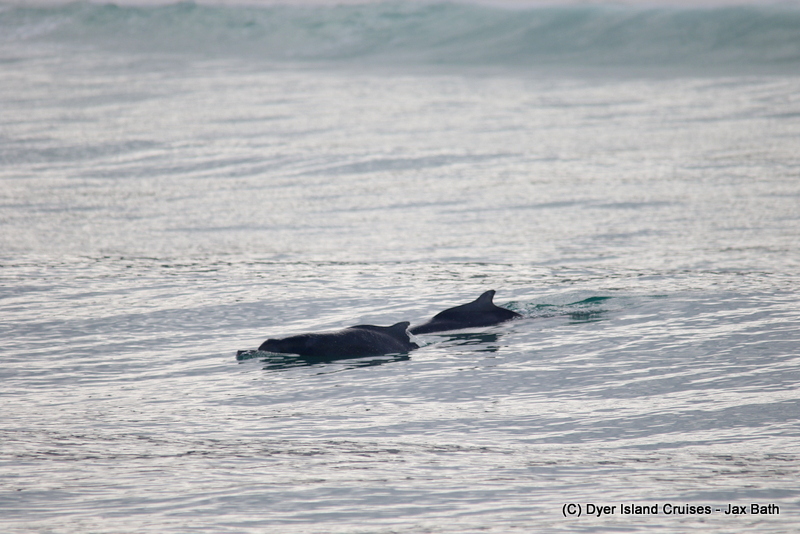 We had around 4 dolphins in this pod. 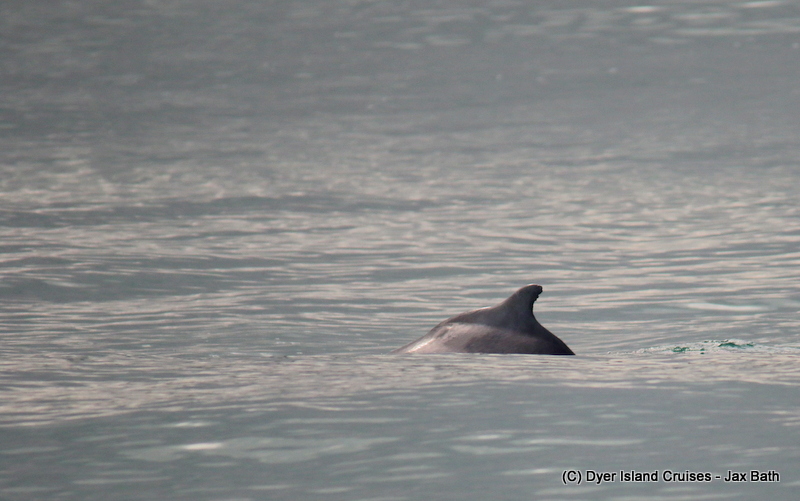 A nice look at the dorsal fin of one of the members. 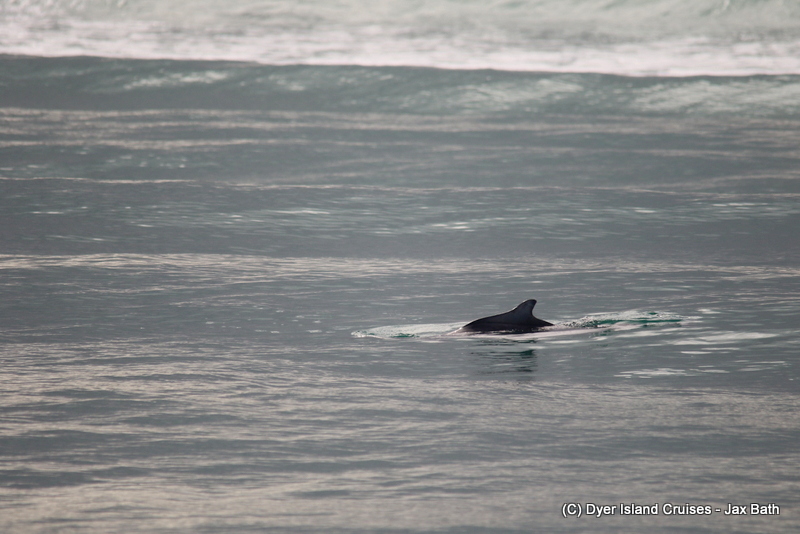 These dolphins were travelling very close to the shoreline. 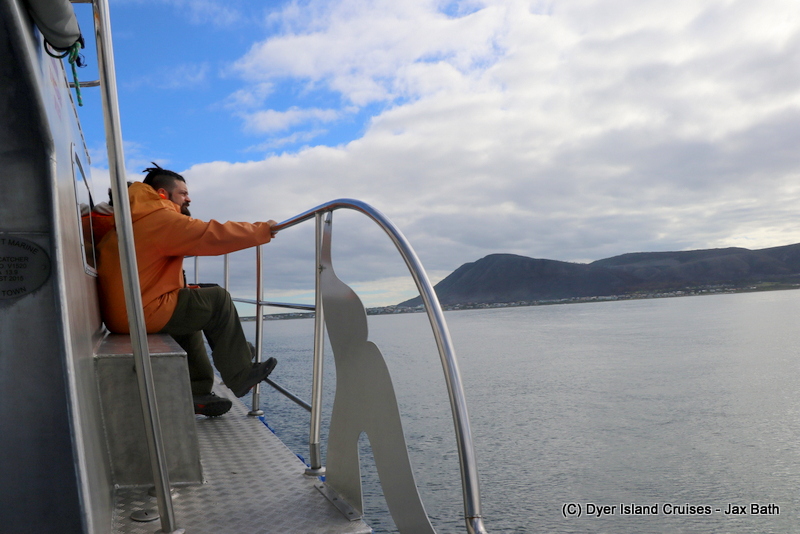 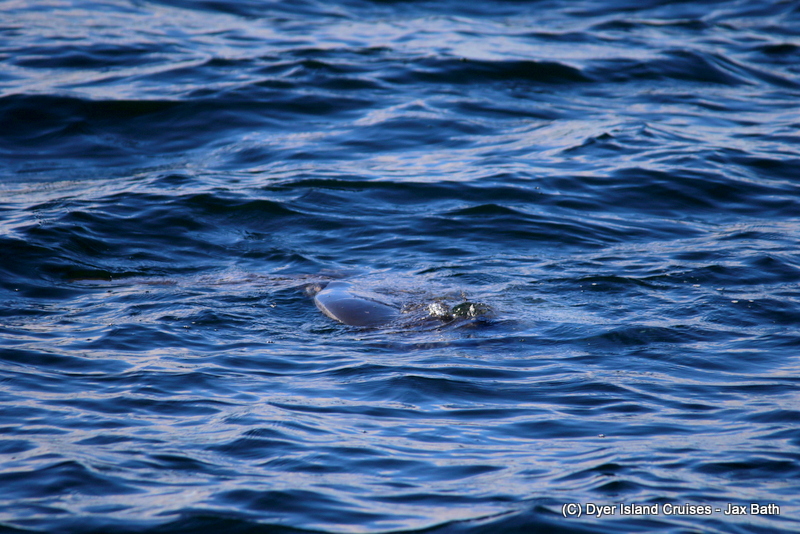 A Sunfish we spotted whilst watching the whales. 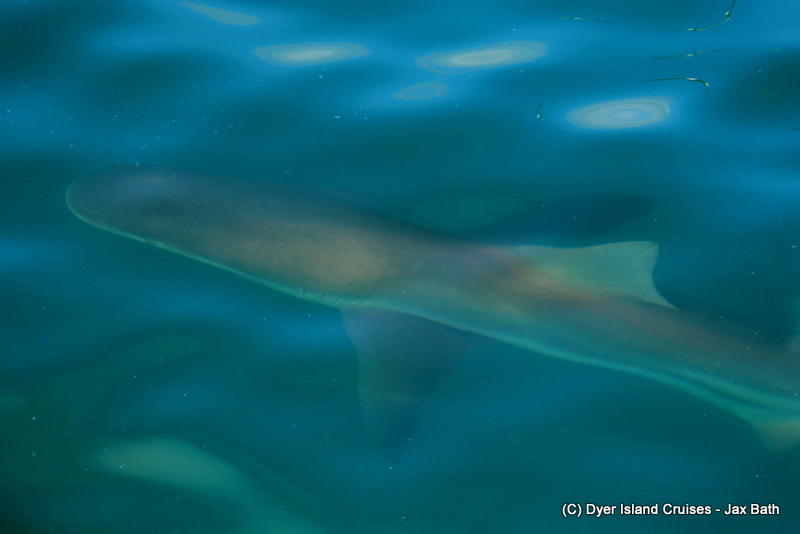 A Copper Shark over at Slashfin. 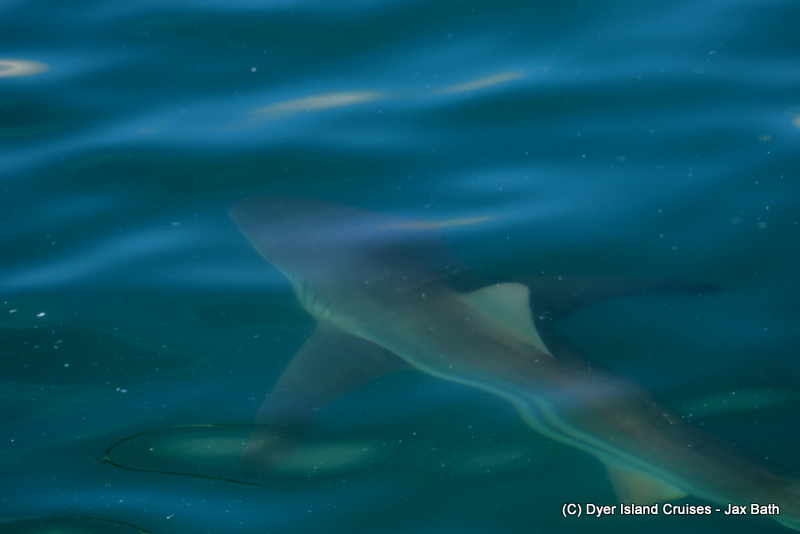 The shark came right up to check our boat up. 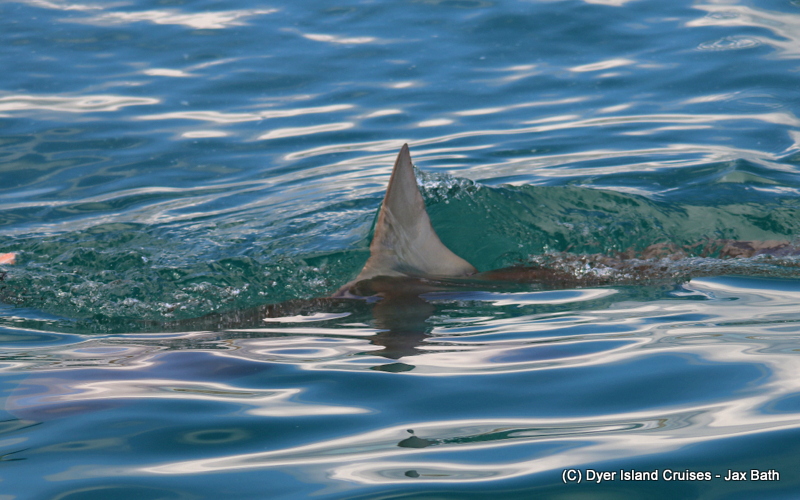 The fin of the Copper Shark. 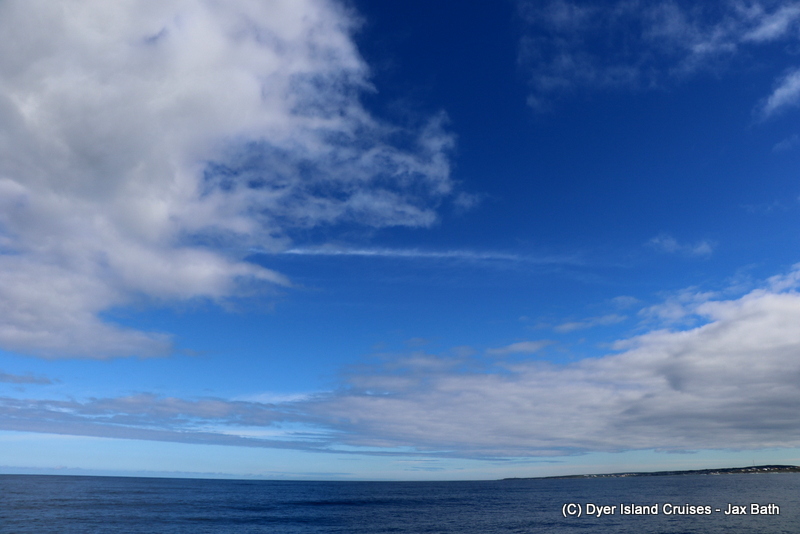 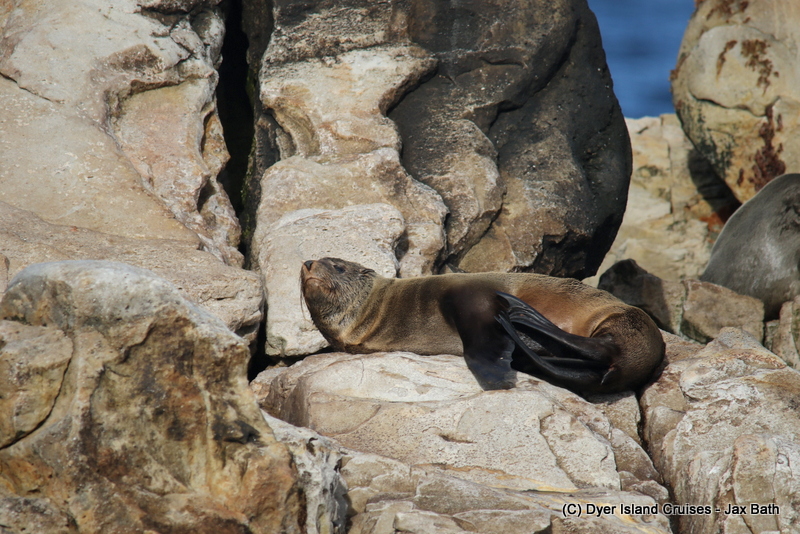 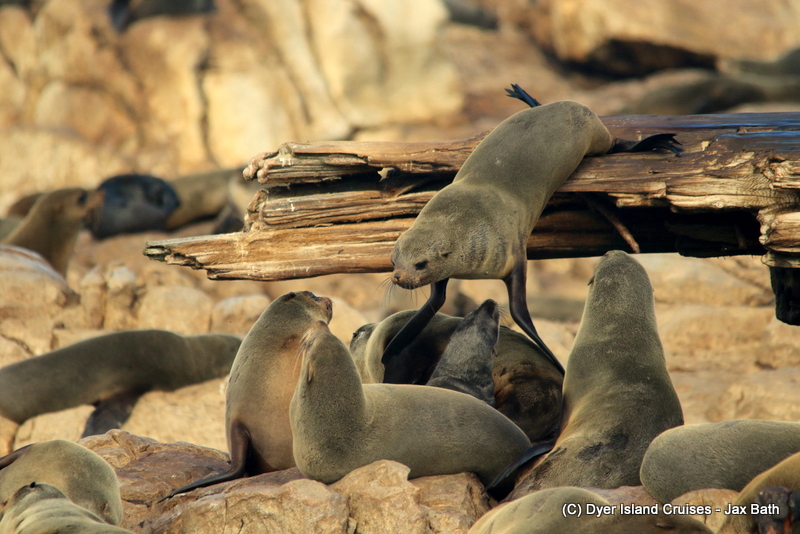 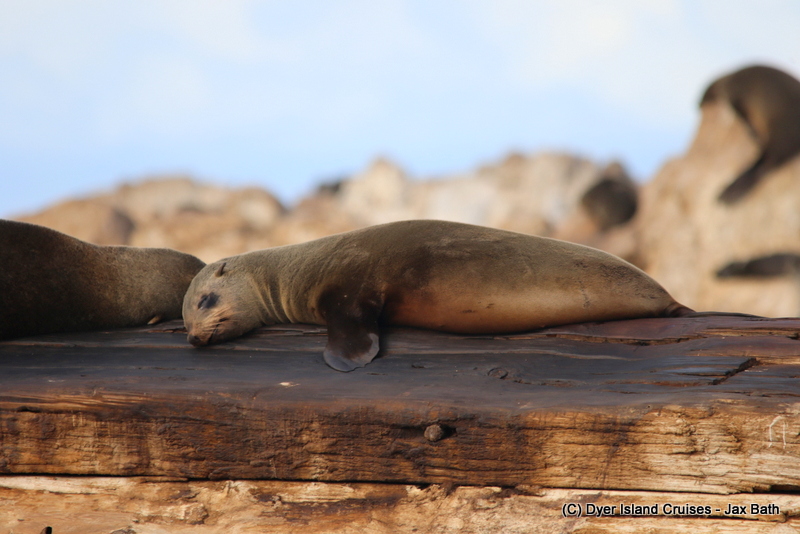 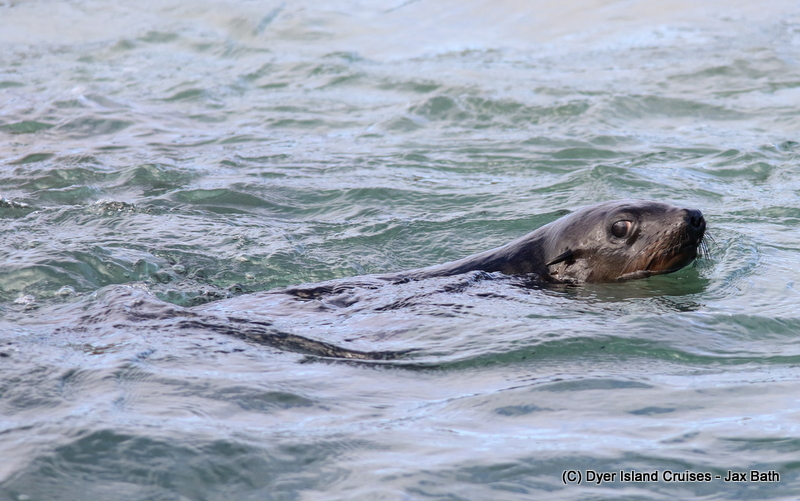 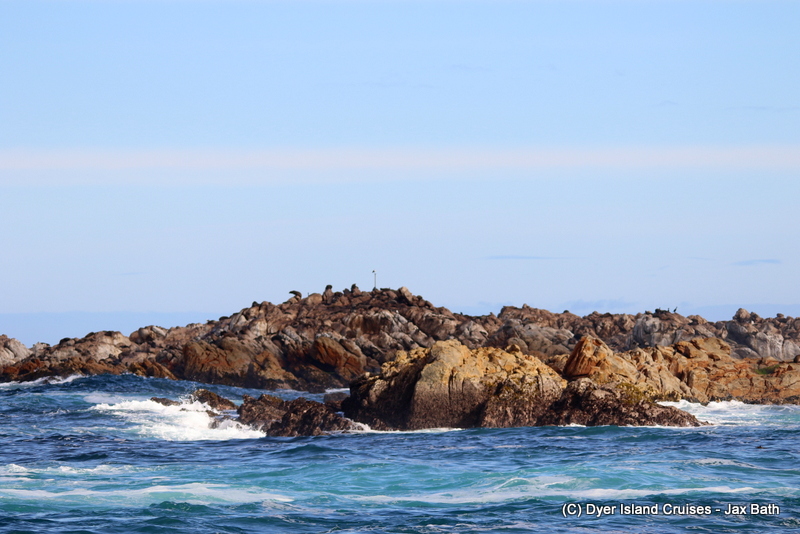 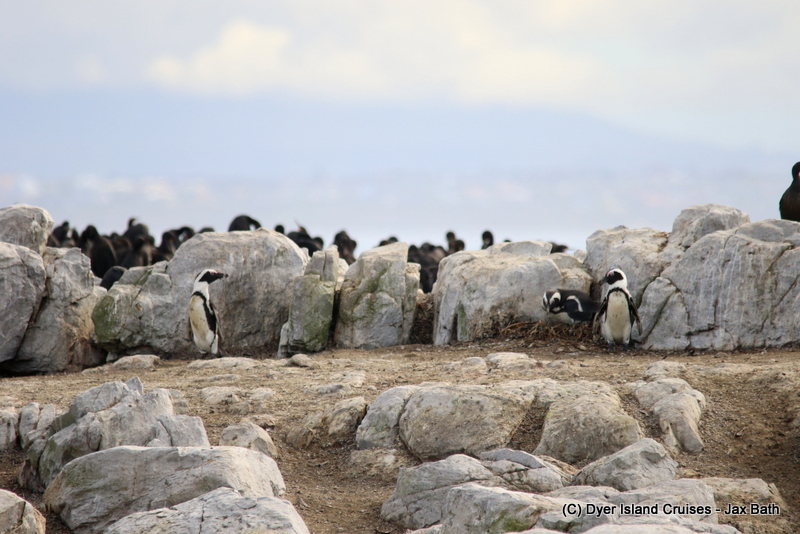 We got to witness some penguin politics today, the penguin to the far left was chased by the penguin on the far right. 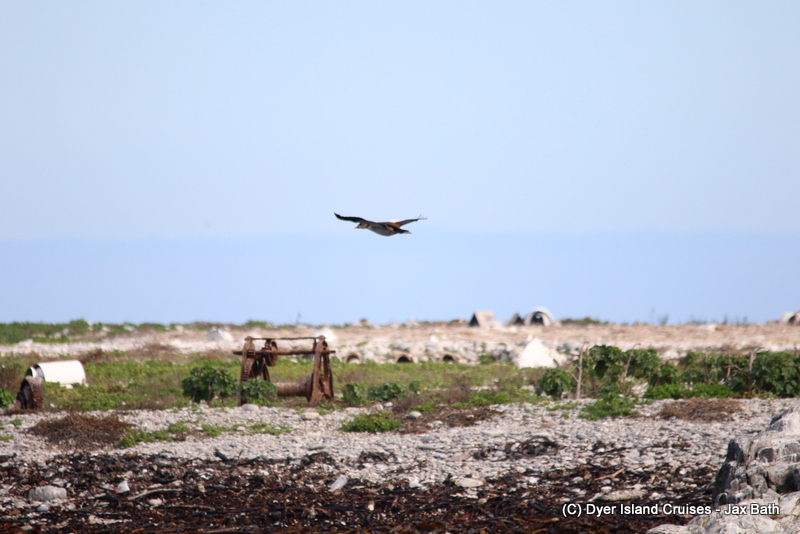 An Egyptian Goose, our towns namesake, flying over the island. 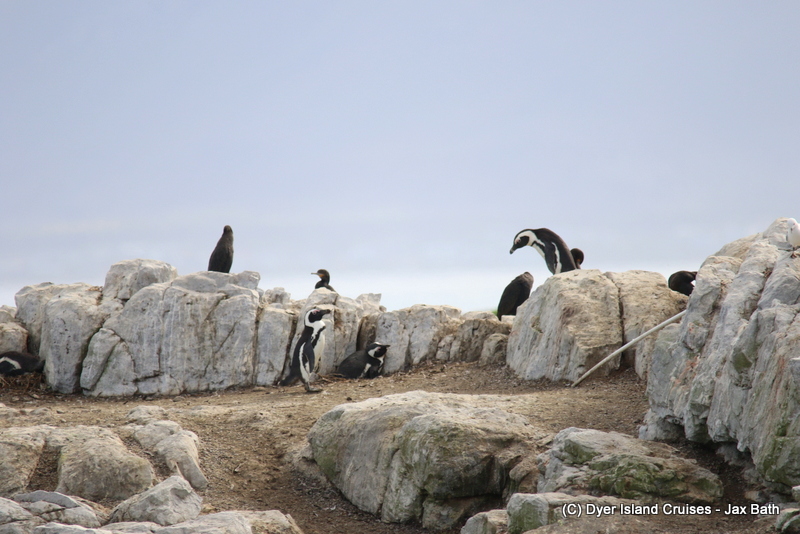 One last look at the penguins. 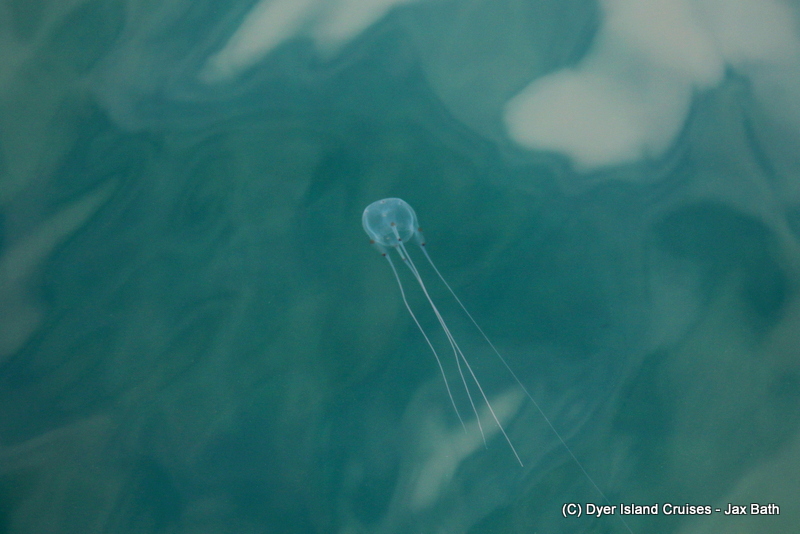