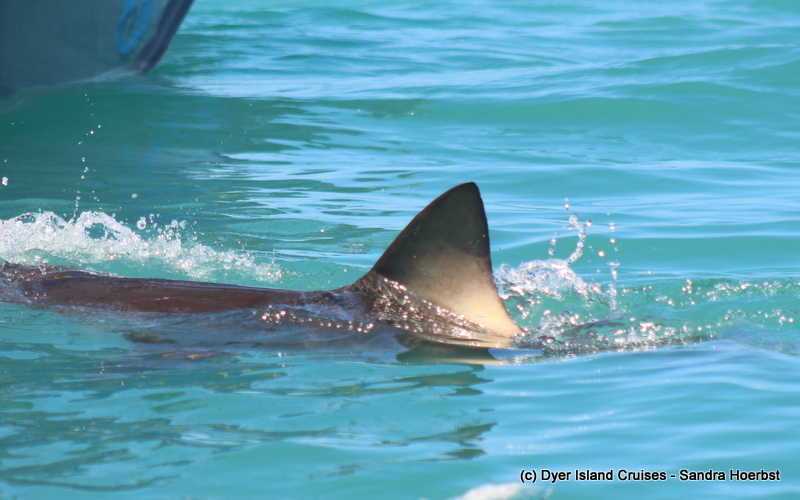 As we were cruising through the small channel leading out of Kleinbaai harbour we saw thousands of Cape cormorants flying passed the harbour entrance and Black Sophie, a bigger rock formation just off the coast. Further down the coastline we stopped at the shark cage diving vessels where we also passed again at the end of our tour. At the cage diving boat ‘Dream Catcher” we saw a Bronze whaler shark as well as Short-tailed stingray, how lucky. Out in the deeper ocean it has been quiet today, but we managed to have glimpse on an African penguin before approaching their colony on Dyer Island. We also passed through the world-famous Shark Alley to see the Cape Fur seal colony on Geyser Rock. Although their breeding season is coming towards an end there are still lots of big bulls on the island fighting with each other over females and their territory. 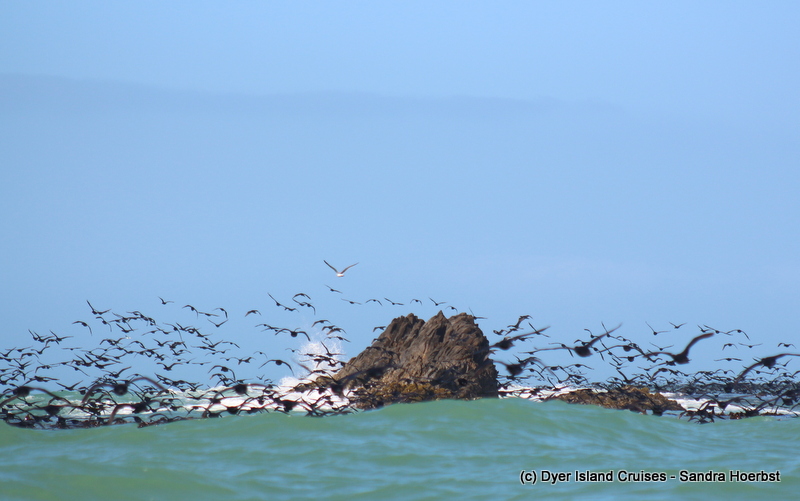 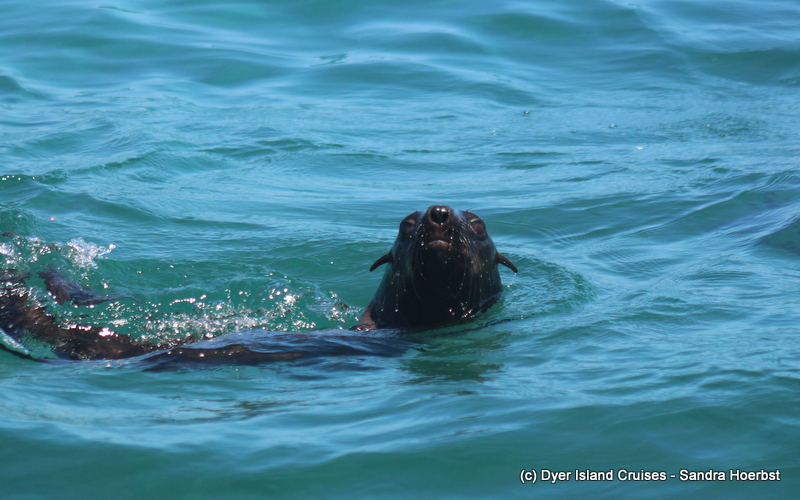 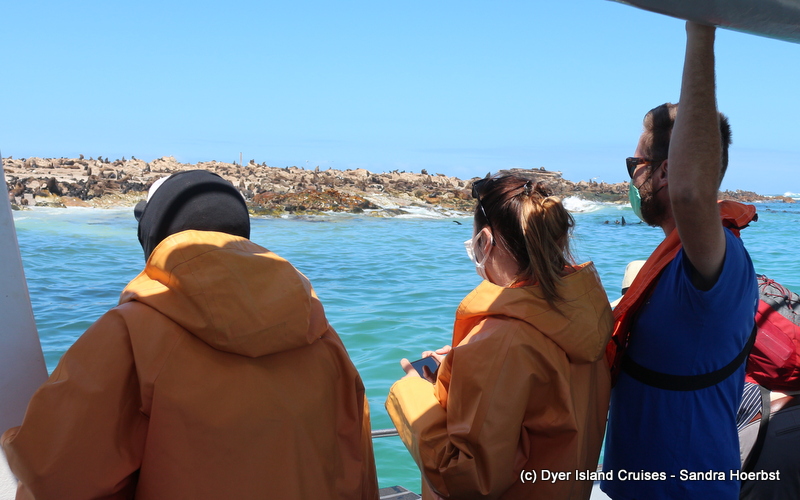 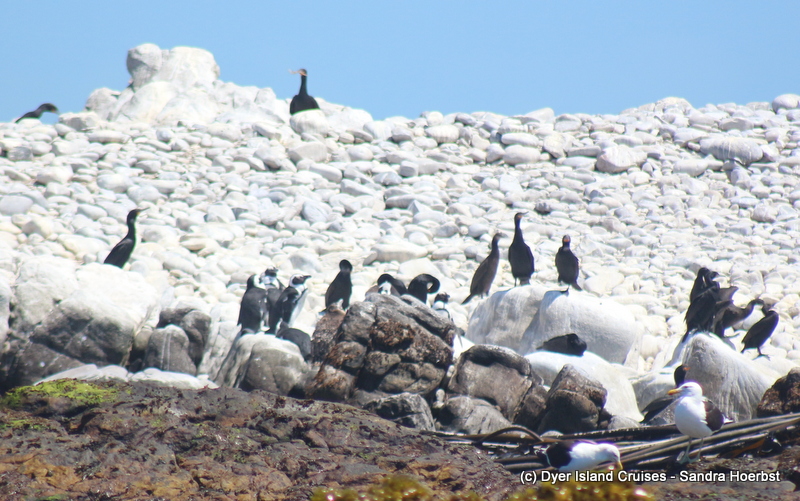 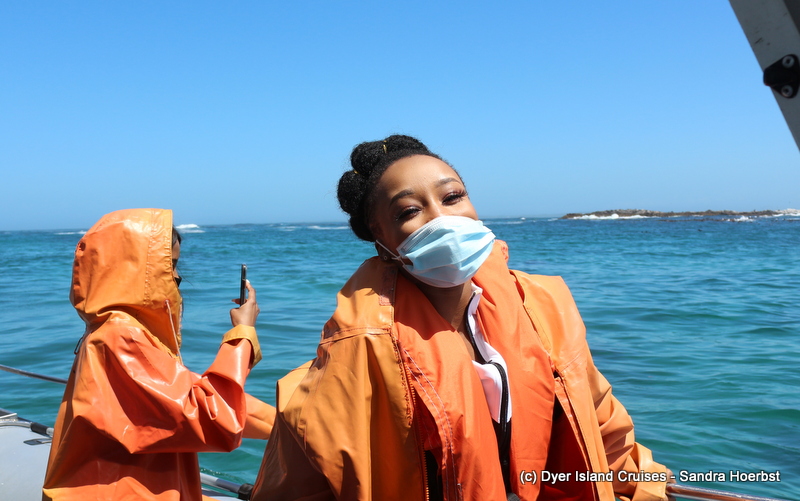 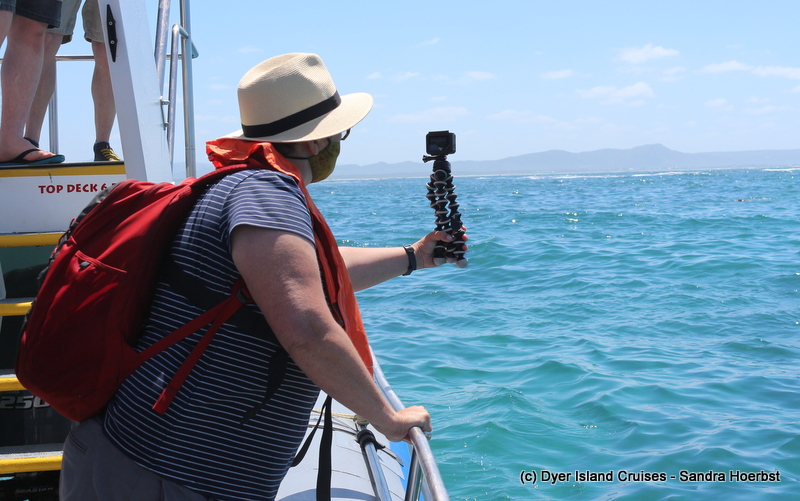