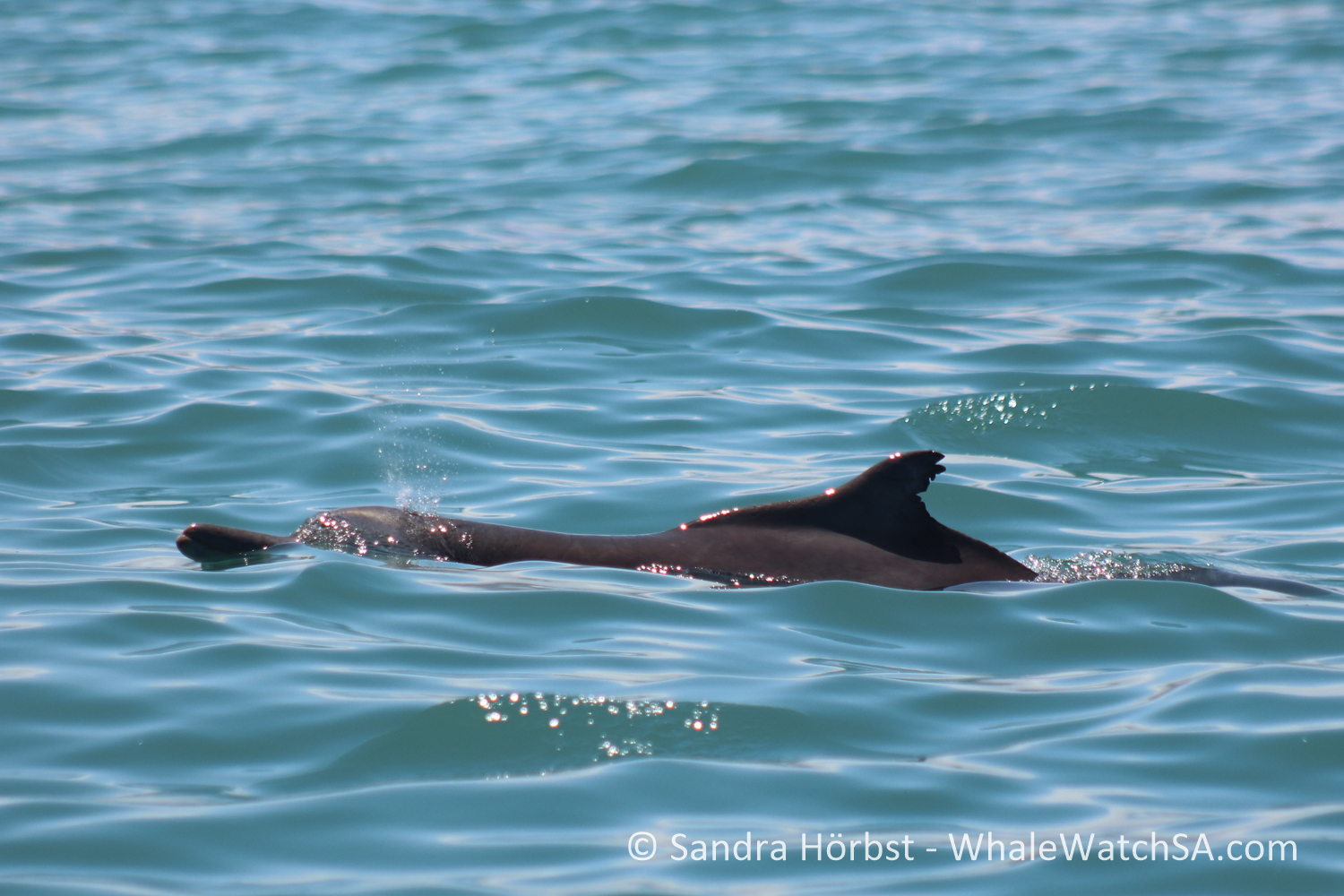 Just like yesterday we found a couple of Cape cormorants outside the harbour. Our next stop was at ‘Slashfin’ the shark cage diving boat from our sister company Marine Dynamics. We have seen some great shark action starting off with just one Bronze whaler shark but just after a couple of minutes there were at least five of them. We continued the tour along the shallows and were rewarded with an amazing sightings of Indian Ocean humpback dolphins. It was a small group of four dolphins, two of them are well known to us and are in the local ID catalogue. They are usually known as quite shy but they have proven us wrong today as one was curios and came a few time close to our vessel to investigate. Behind the island it has been quiet, but we got to see a few sea birds and an African penguin. Arrived at the Dyer Island Nature Reserve we watched the Cape fur seals on Geyser Rock and even spotted another penguin in between. On the way home we cruised slowly passed Dyer Island itself and made a quick stop for some Giant petrel. 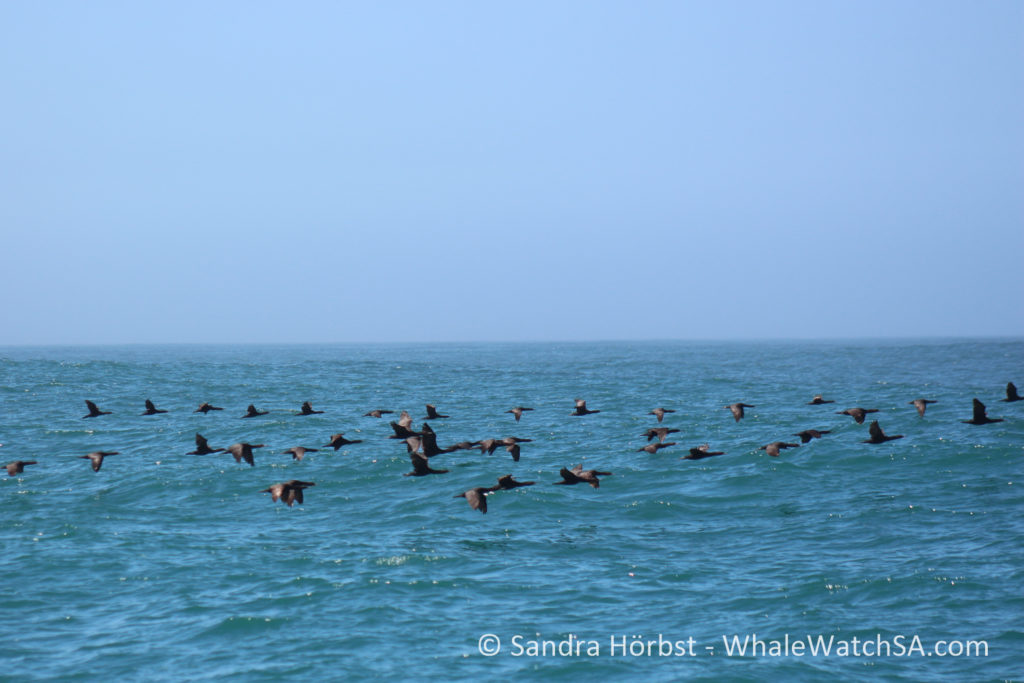 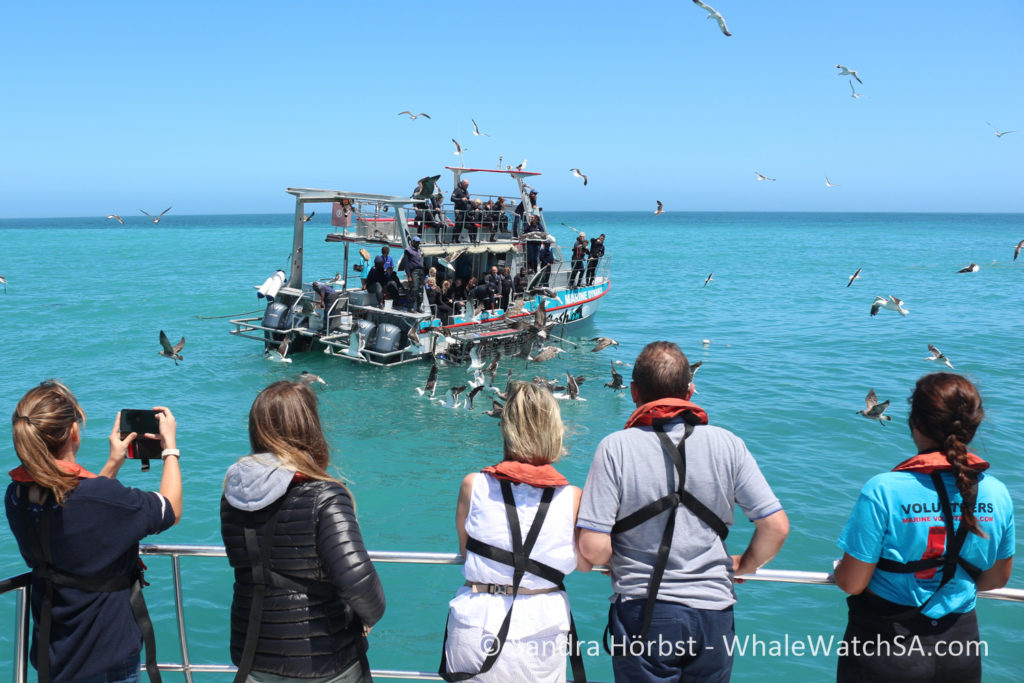 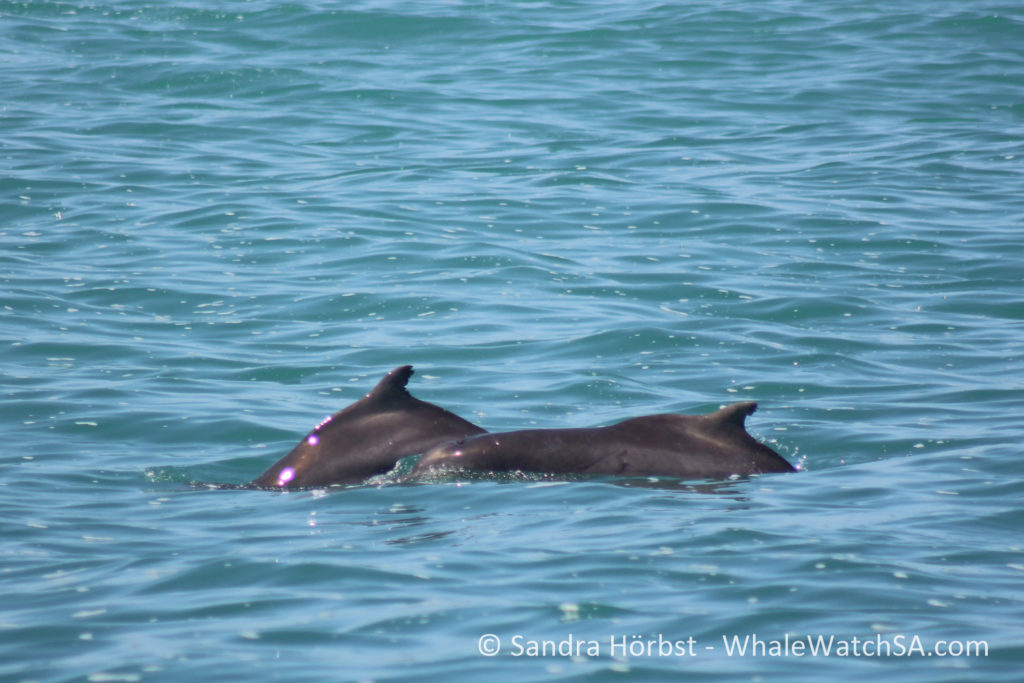 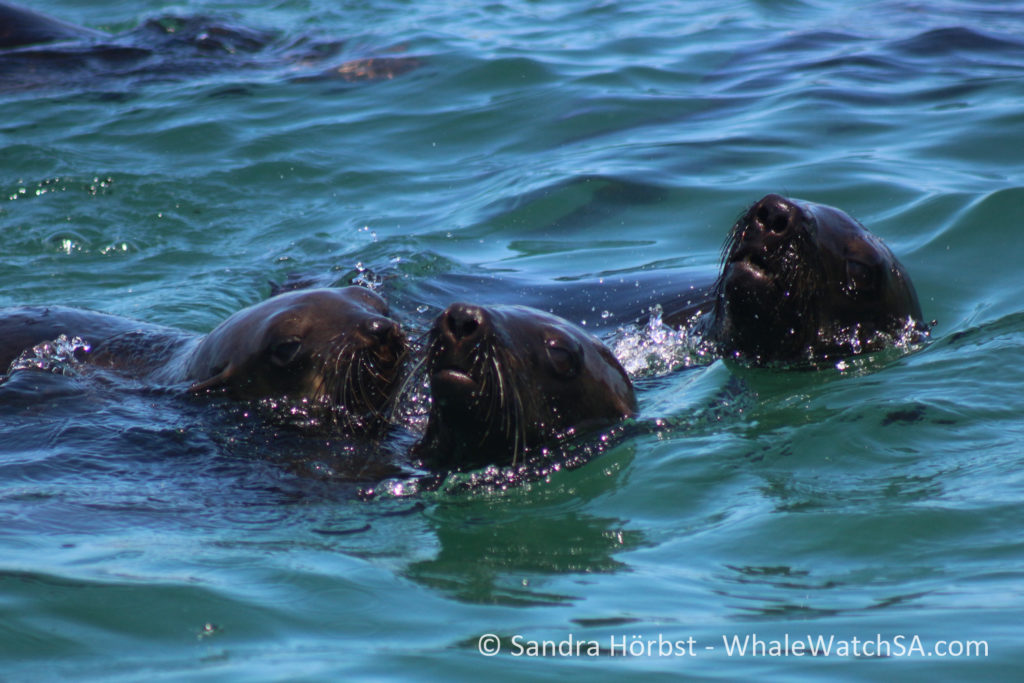 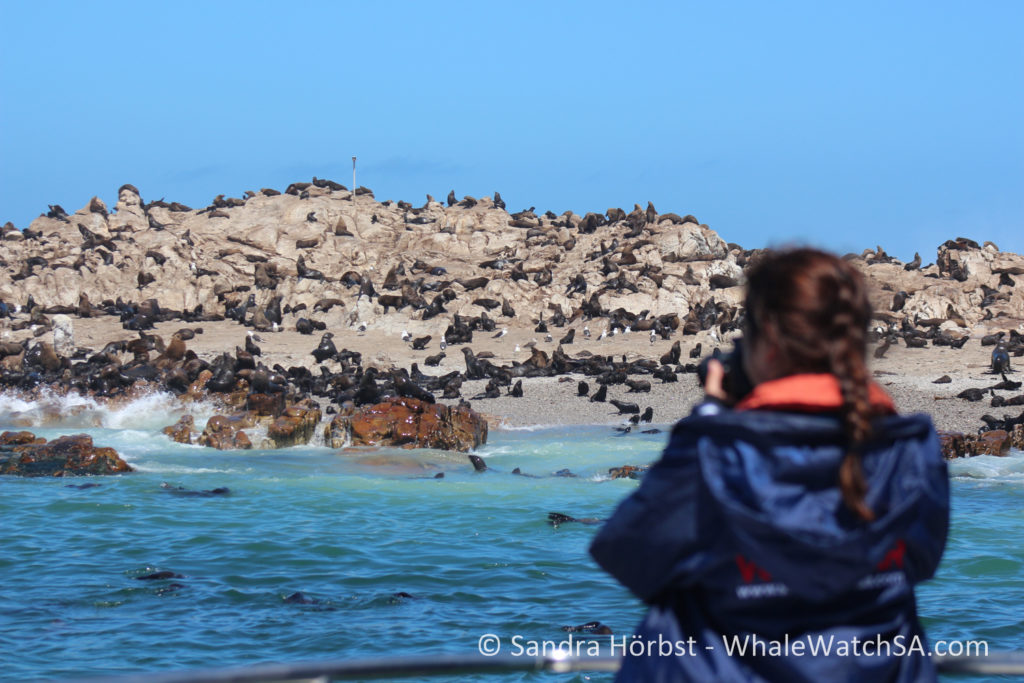 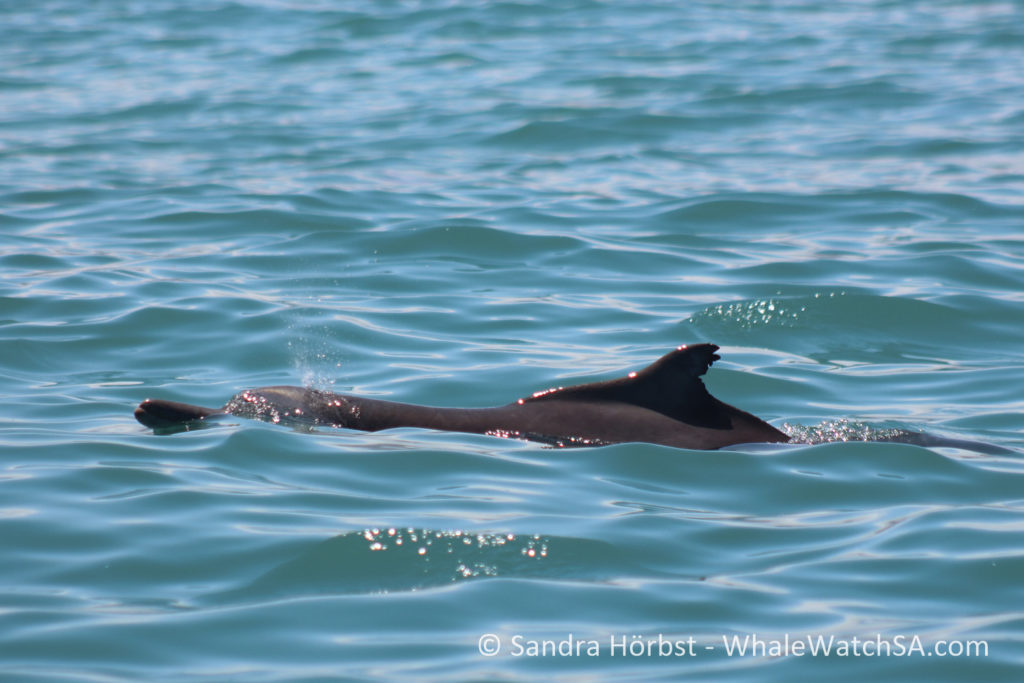 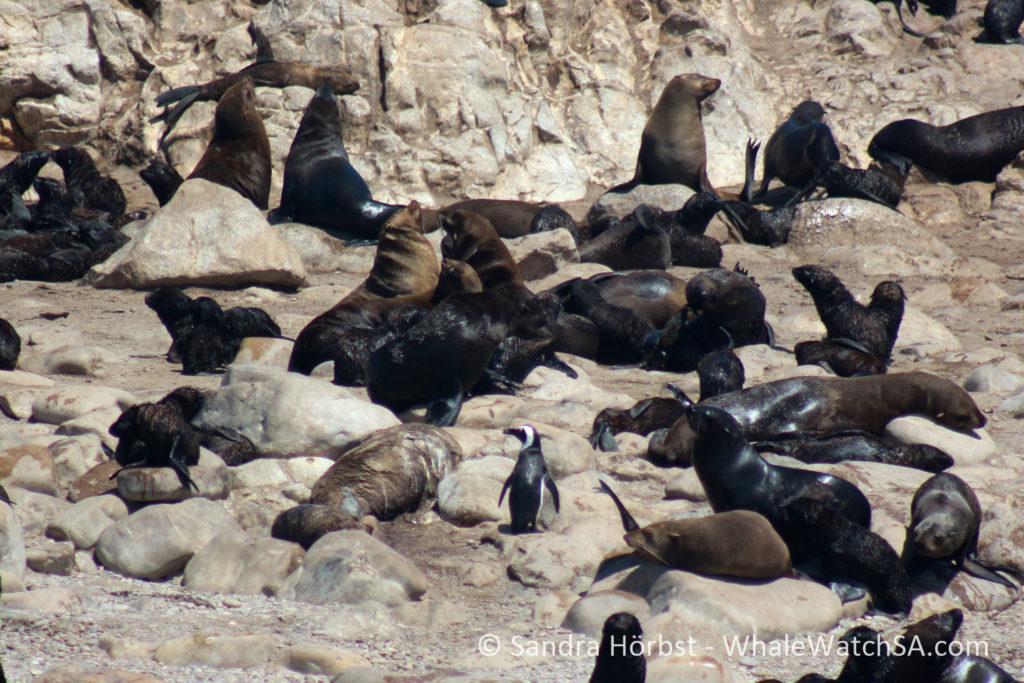 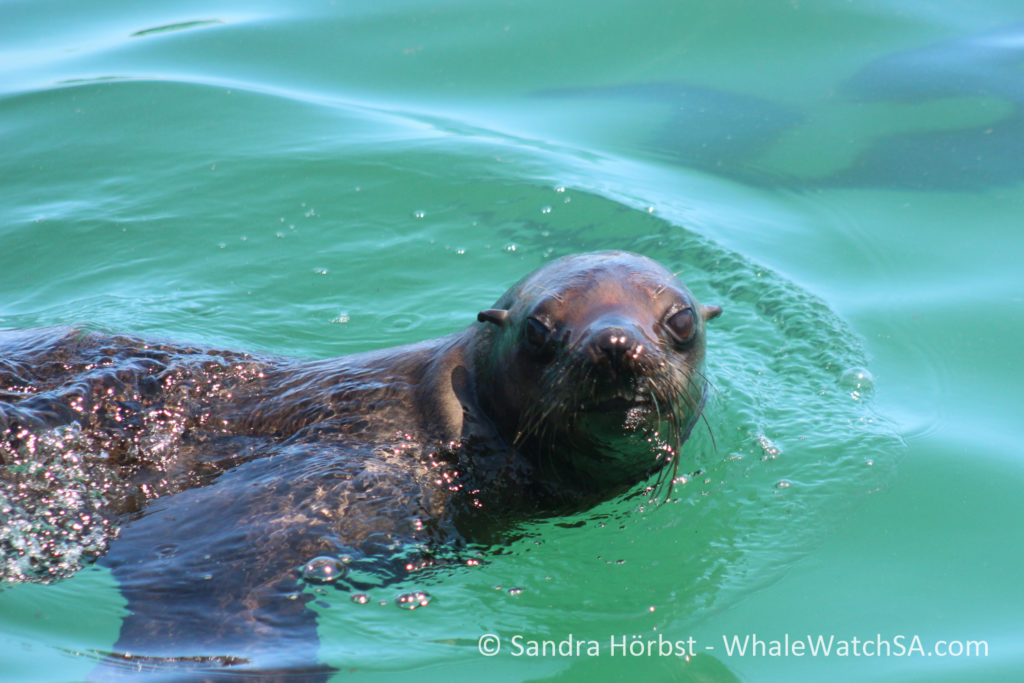