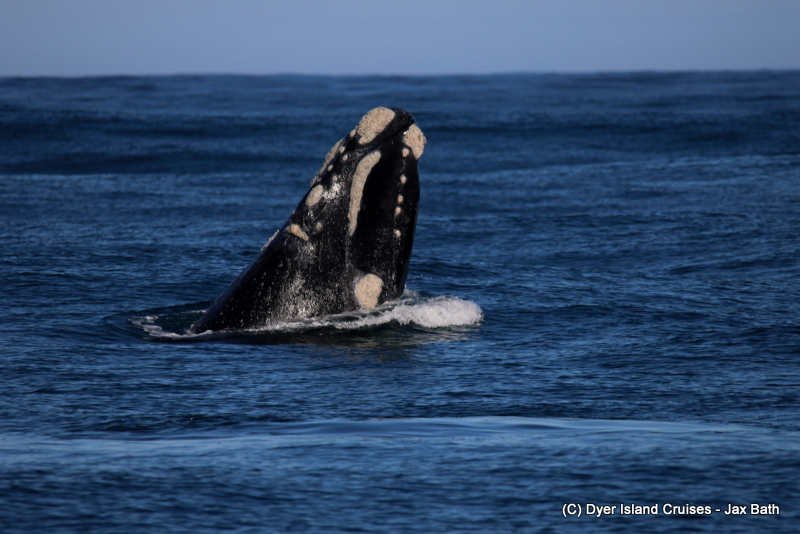 We had two beautiful trips out at sea, with the Southern Right Whales really starting to make their presence known in the waters of Pearly Beach. We had a variety of species about too, with 4 of the Marine Big 5 on both tours and 2 Sunfish on the first tour of the day.

We set out bright and early this morning, hugging the shoreline and making our way towards Slashfin, where we hoped to find a Great White Shark. As it turned out, one shark hoped to see us two, circling our boat a few times and giving those in front a lovely view as it checked us out.

We then made our way over The Clyde Reef System into open water, spotting the blows of two adult Southern Right Whales. These whales were slowly moving along, so we took our time travelling with them. We got to see the tail of one of the whales and took in the sights around us as the whales went down. We saw Box Jellyfish, Night Light Jellyfish and two Sunfish, which are also known as Mola Mola. With all the jellies in the area, it was no wonder that these strange looking creatures had come in for a snack.

We then came across a lovely raft of African Penguins who stuck around look enough to afford us some awesome photo opportunities.  On the way to geyser Rock, we also spotted some Giant Petrels feasting on a dead seal pup. We spent some quality time with our pinnipeds next before making our way into port.

Trip two had a great sighting of a White Shark, who came up to investigate the floats at Slashfin. The shark was quite active, launching itself out the water to the delight of those onboard. Our next sighting was of the avian kind, when thousands upon thousands of Cape Cormorants descended on the ocean. We took in the sights and sounds of this mega flock, enjoying the spectacle before spotting a breaching whale. To our absolute delight, we had happened upon a subadult Southern Right Whale.

This Whale gave us a real show, breaching away, approaching the boat and the opening up its mouth! This is a fantastic sight, as one gets a great view of their baleen plates. This whale appeared to have something bothering it, shaking its head almost as if to rid itself of something around the mouth. After this, the whale decided it would like to show off the kelp. Picking it up and bringing it to the boat, this was a very special encounter.  Whales are gentle giants and sometimes they like to show off their toys to us when they are feeling playful. After a spectacular whale sighting, we spend  some time with our seals before spotting some penguins and heading home. 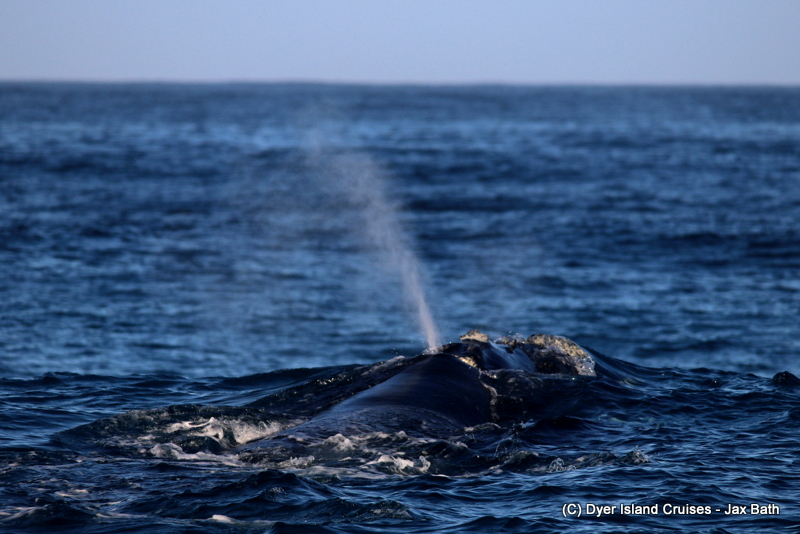 A Southern Right Whale moving through the swell on Trip 1. 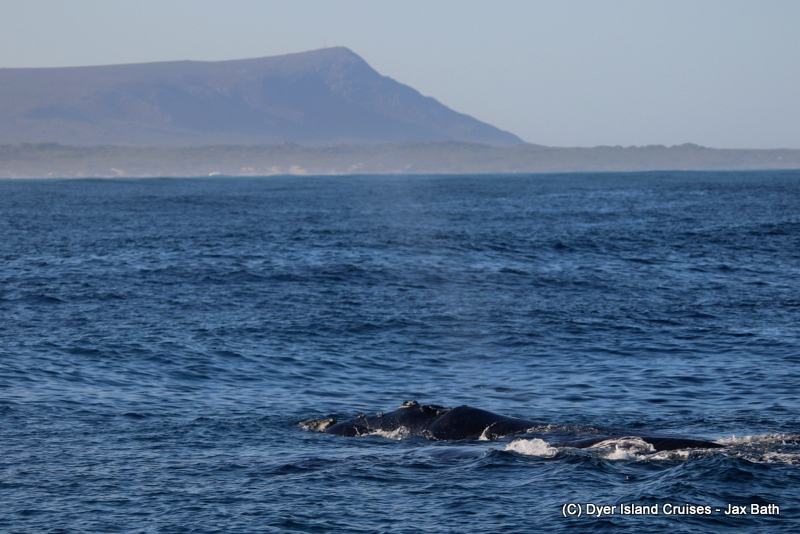 We’ve been having luck at Pearly Beach, with the Right Whales starting to trickle in. 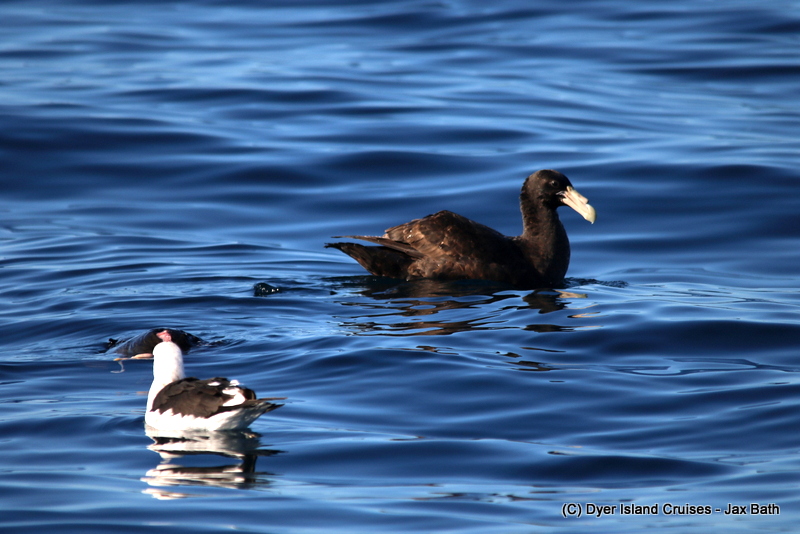 We came across a group of Giant Petrels and Kelp Gulls scavenging on a dead seal pup. 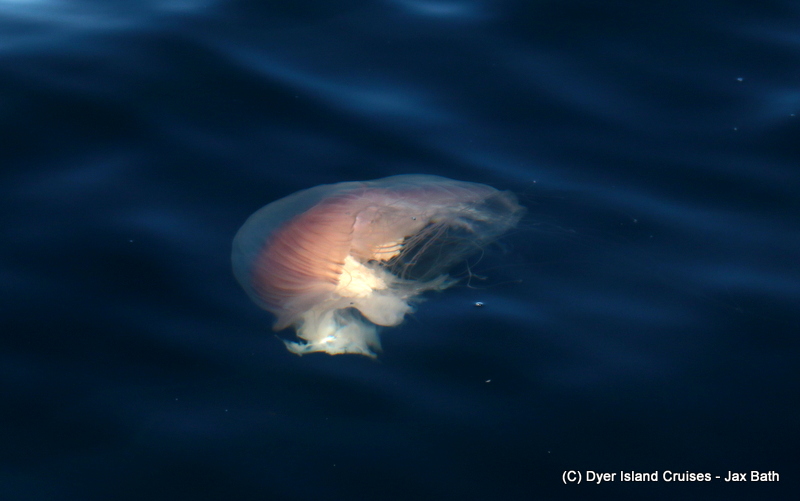 A Compass jellyfish wondering through. 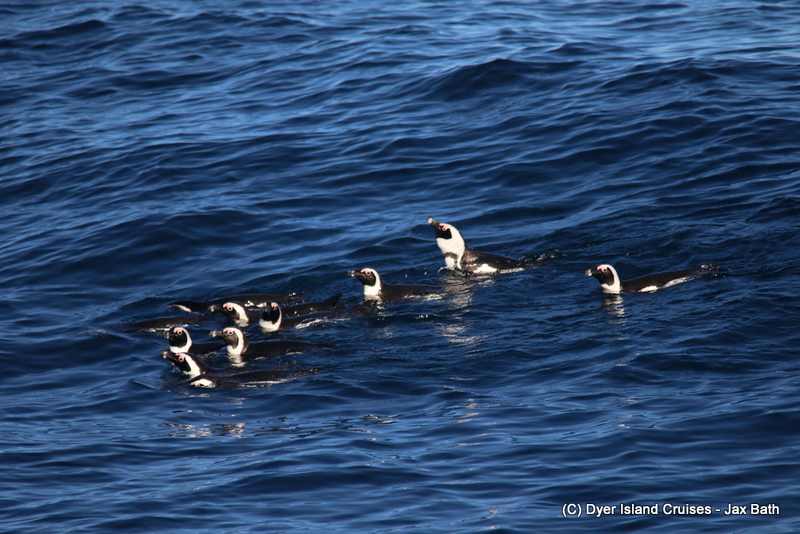 A nice, big raft of African Penguins heading out fishing. 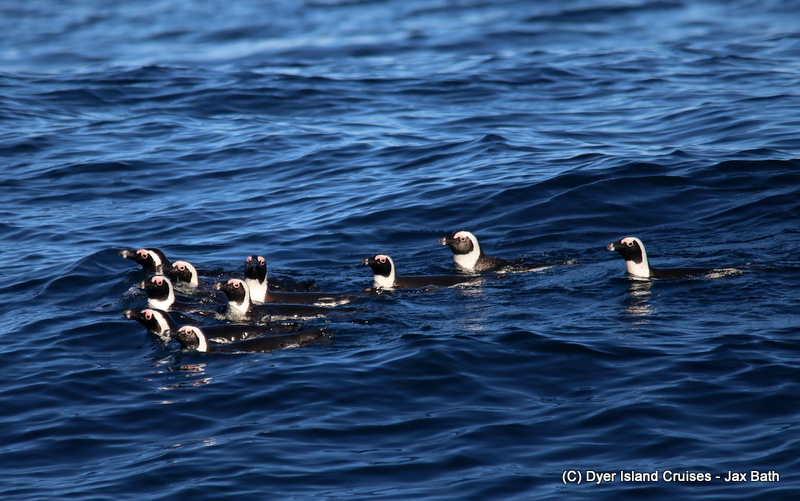 We got some great views of these little torpedoes in tuxedos. 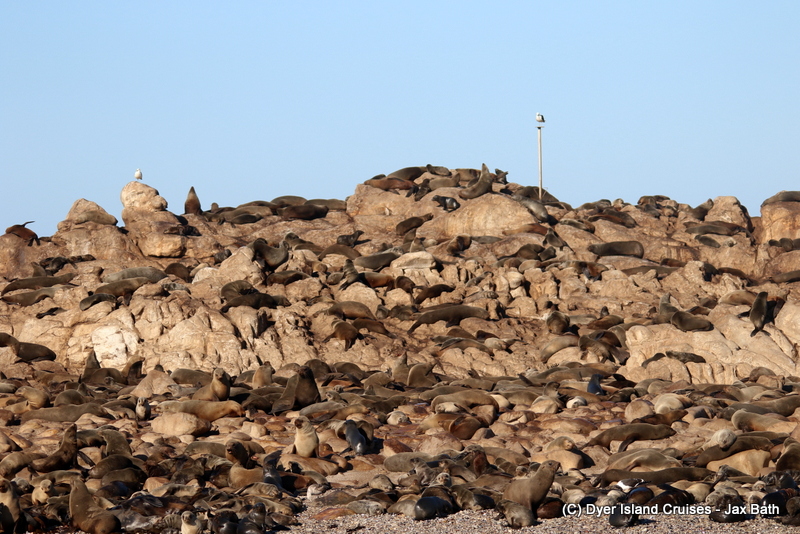 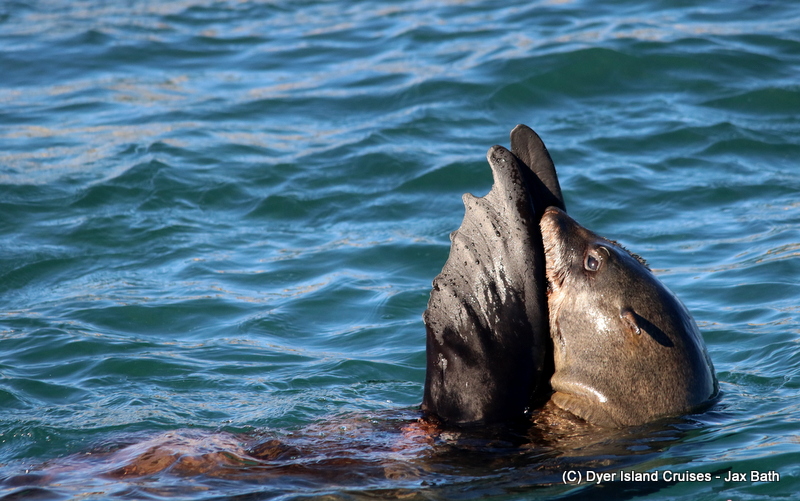 look at the face. 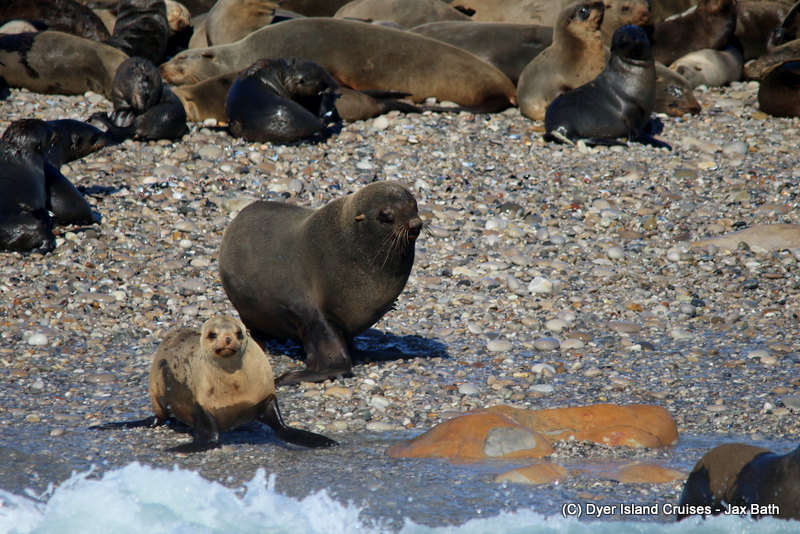 Going for a swim. 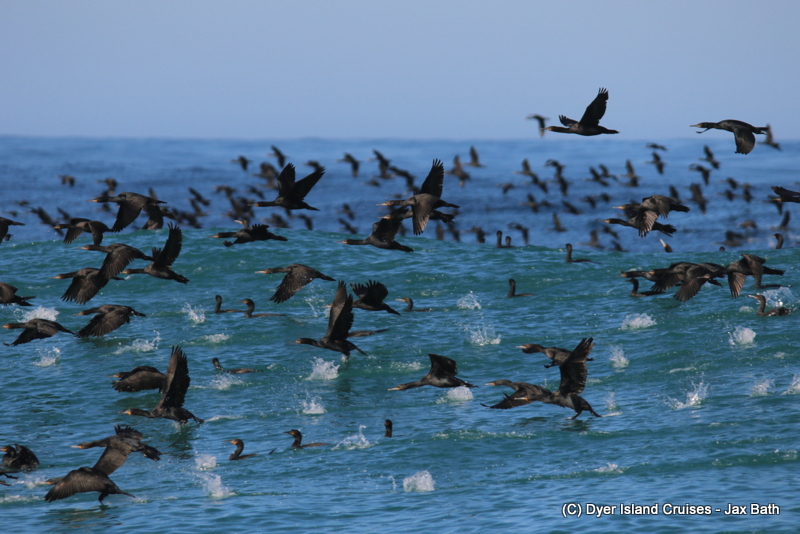 We were very lucky to come across a flock of Cape Cormorants heading out to sea. 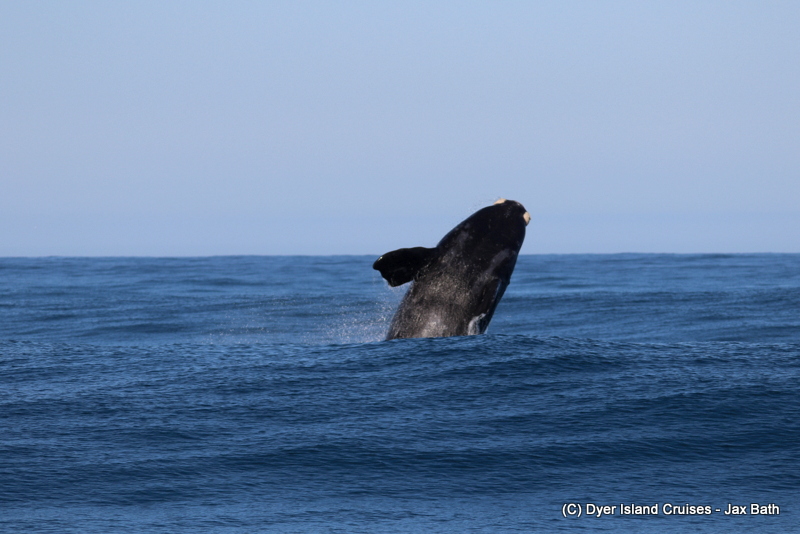 We were especially lucky when we spotted this sub adult whale breaching! 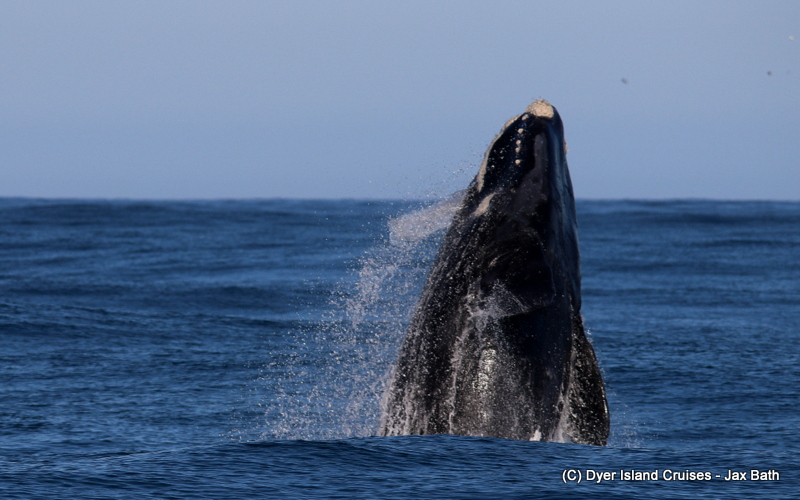 Look at that breach!

Whales can breach for fun, communication and to remove parasites. 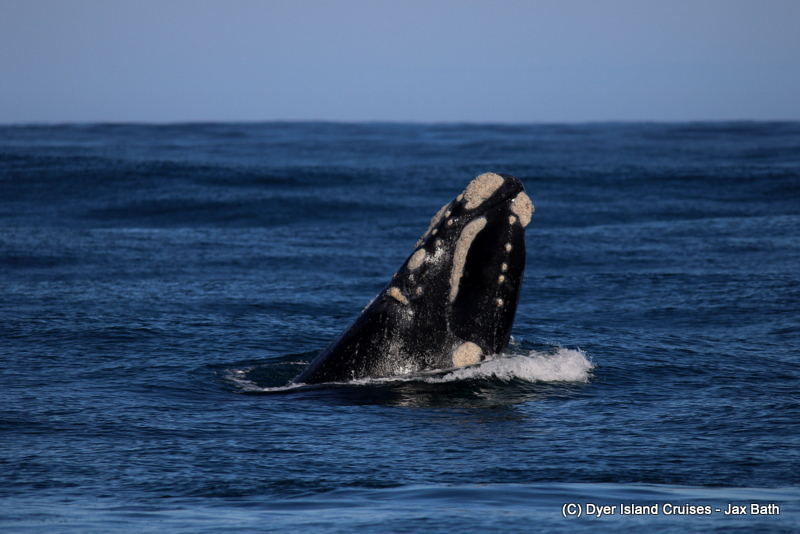 Check out how defined this whale’s callosities are. 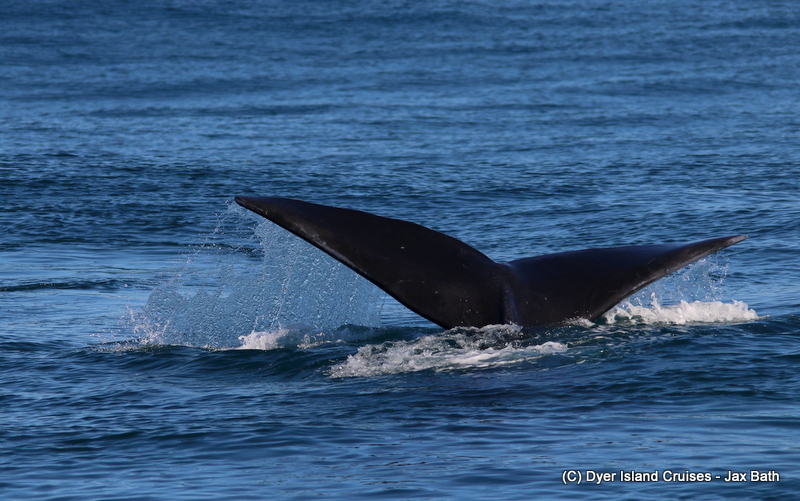 We even got a bit of tail. 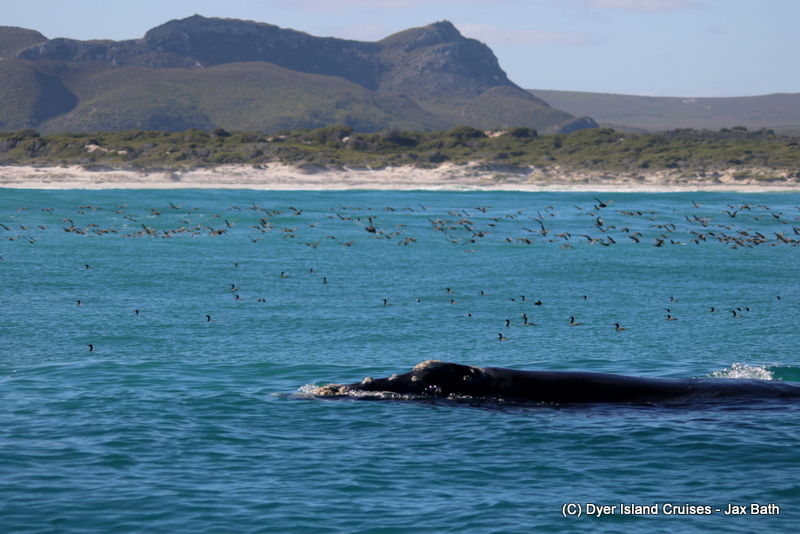 The Serengeti of the sea.

Look at the baleen in the mouth! 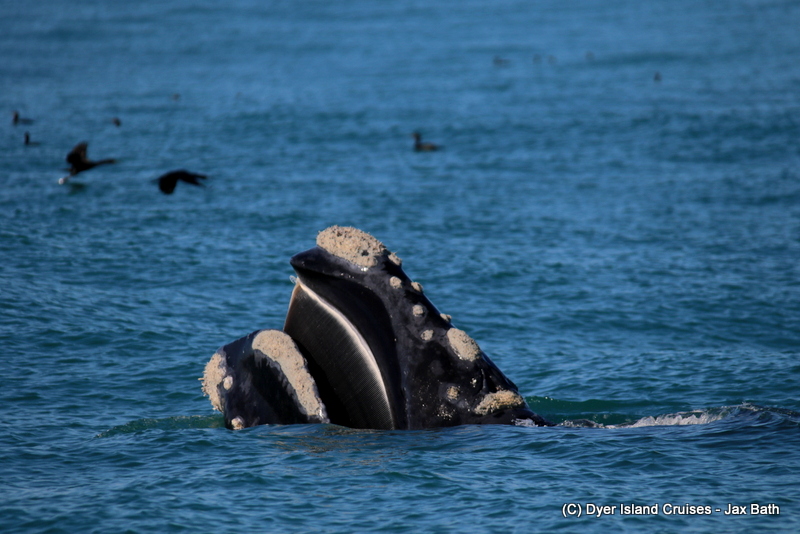 We hardly ever get to see the whales open their mouths like this! 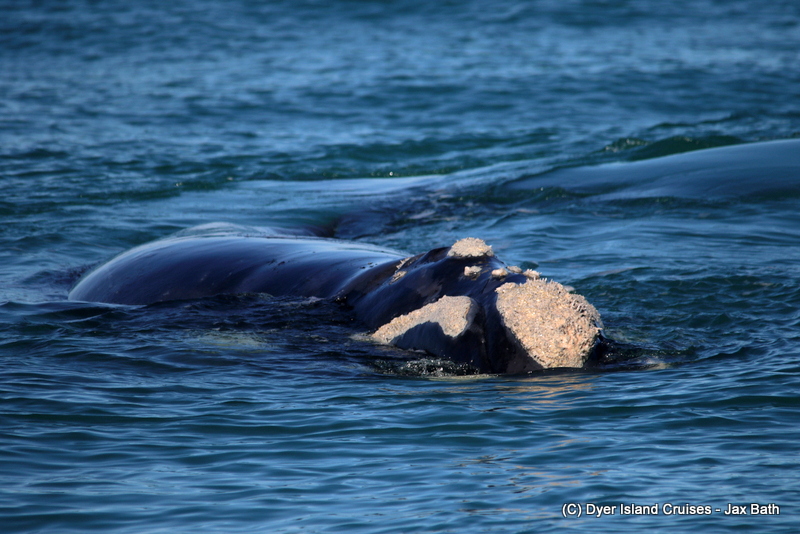 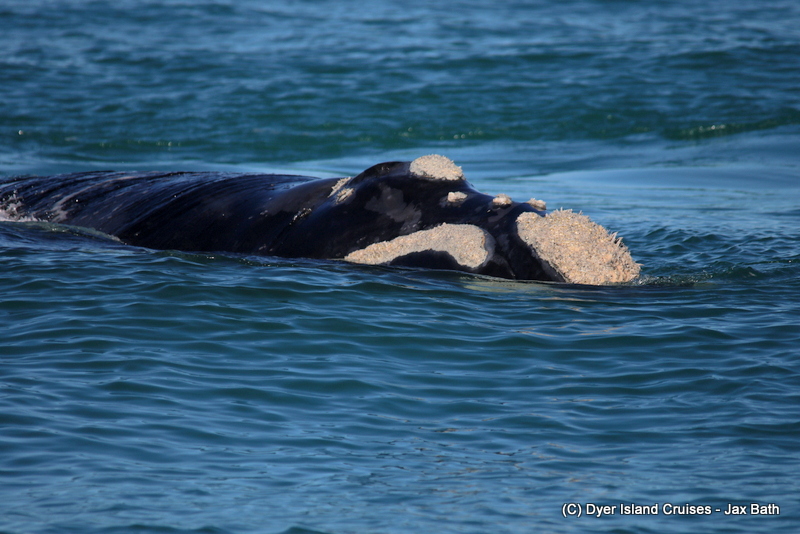 We had the most spectacular time watching this whale. 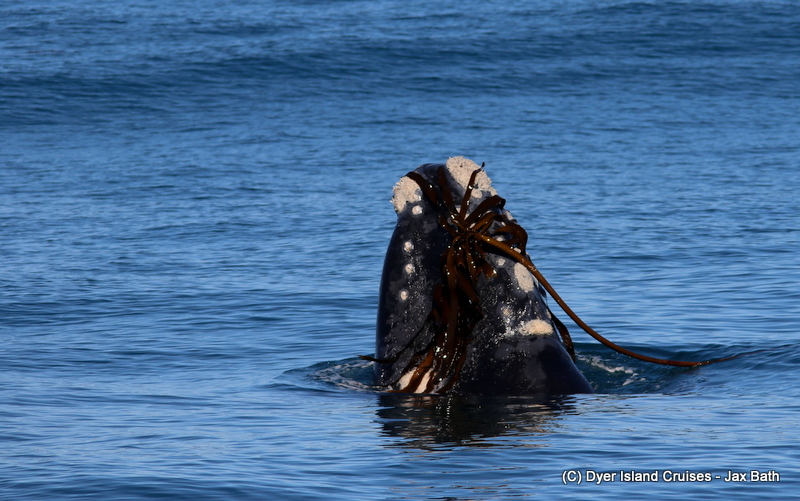 Showing off the kelp. 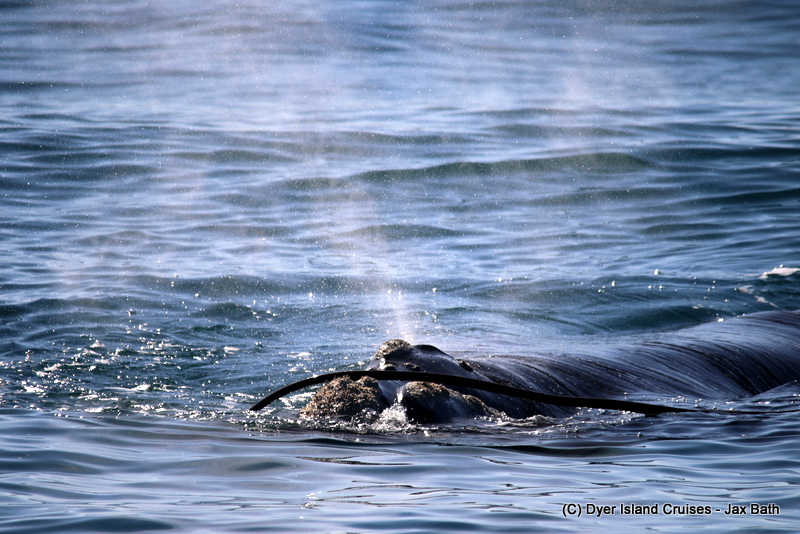 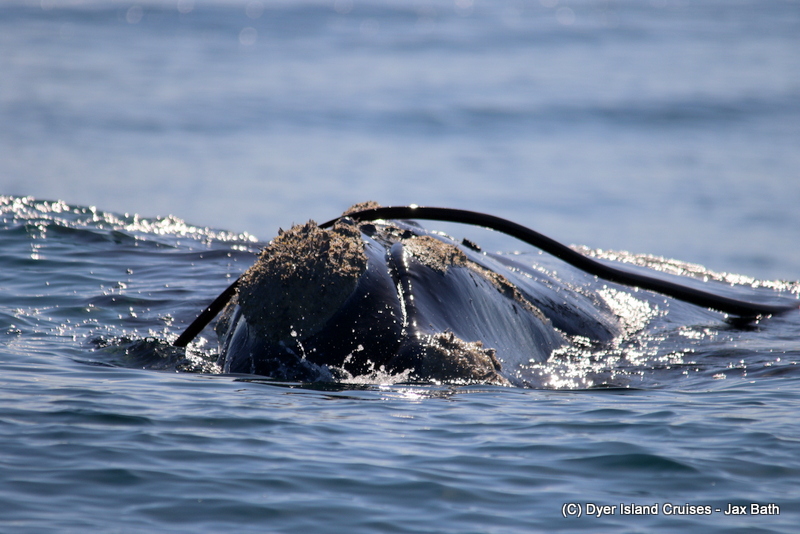 The whale brought the kelp right up to the boat for a closer look. 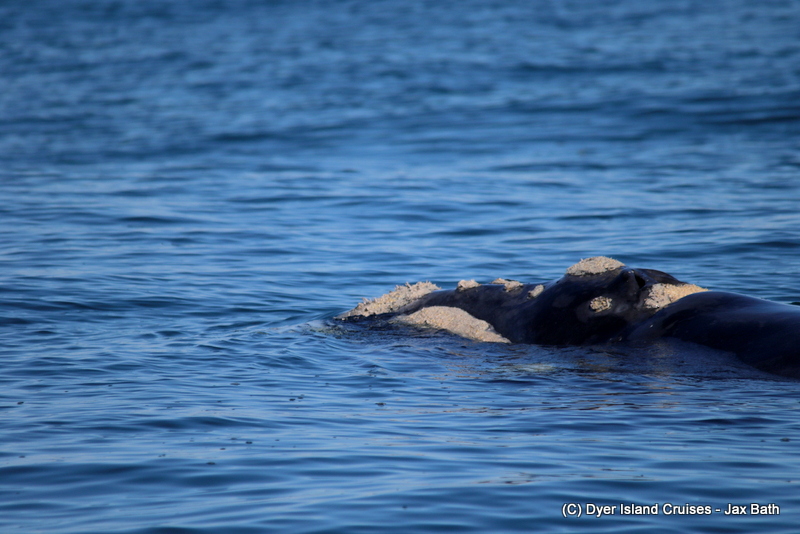 One last look at the whale! 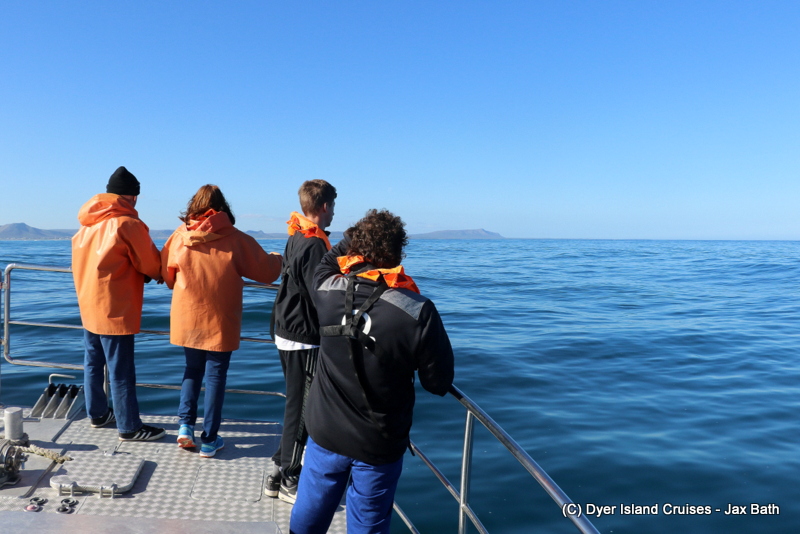 Enjoying a beautiful day on the ocean.