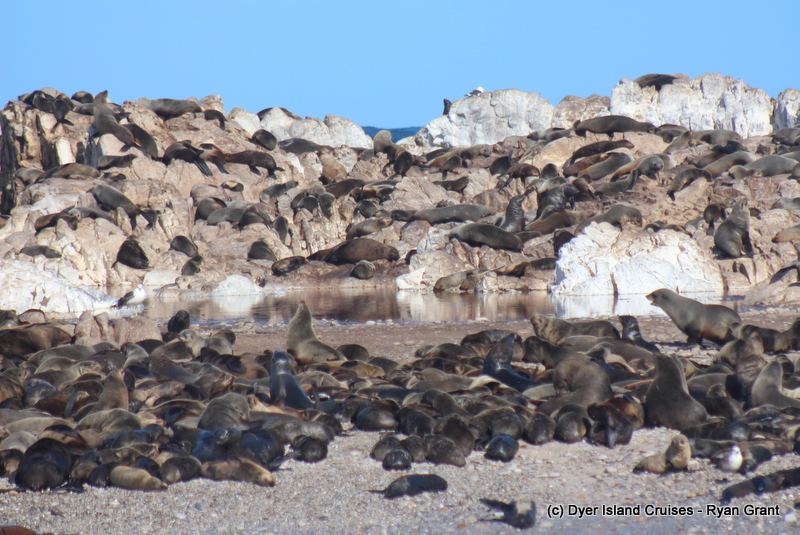 After some strong winds yesterday, we still had some swell coming into the bay, but the sun was shining again, and the wind calmed down. From Kleinbaai harbour we were cruising towards Danger Point where we found a sunfish and then made our way  through deeper waters towards Dyer Island. Arrived at Geyser Rock we watched the Cape Fur seals, most were on land, but some were swimming up and down in the water next to our vessel. Shortly out of shark Alley we spotted a blow of a humpback whale, we approached it respectfully but only managed to get a glimpse of this gentle giant in between the swell. On our way back to Kleinbaai harbour we were cruising along the beautiful South African coastline. 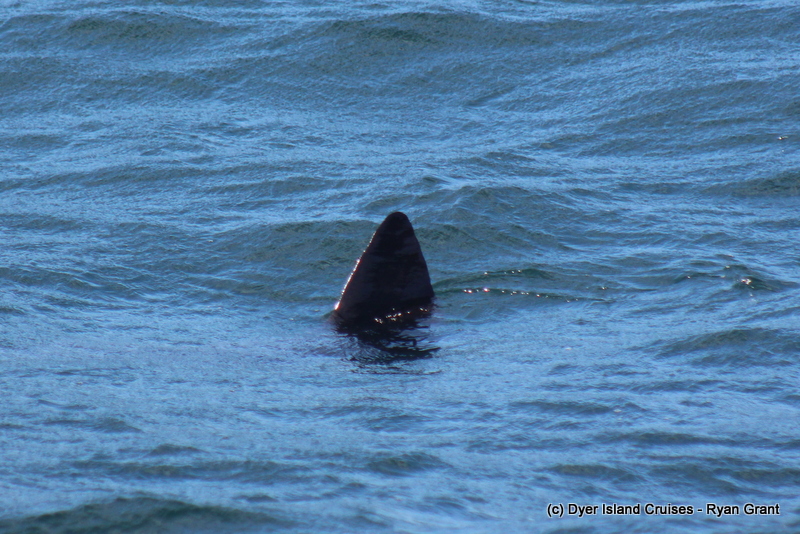 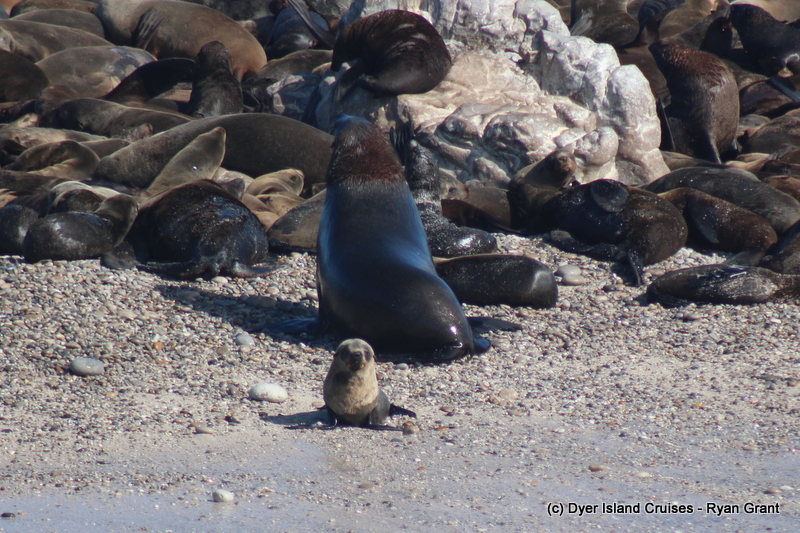 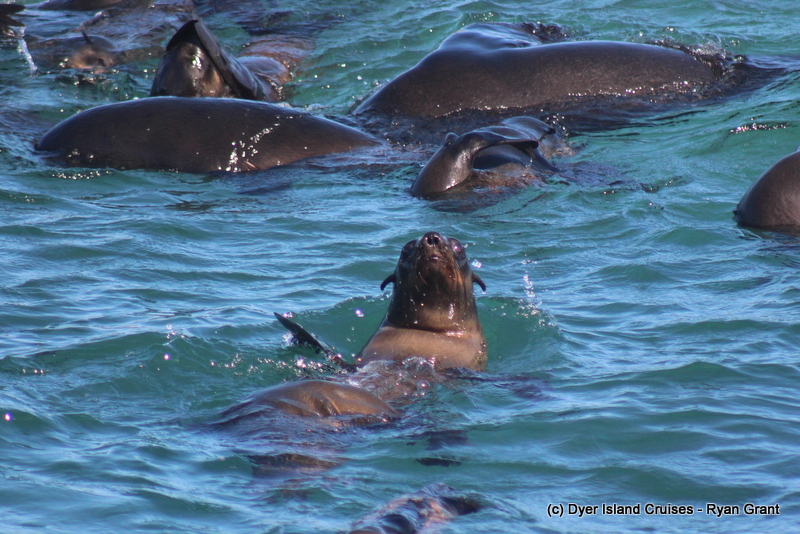 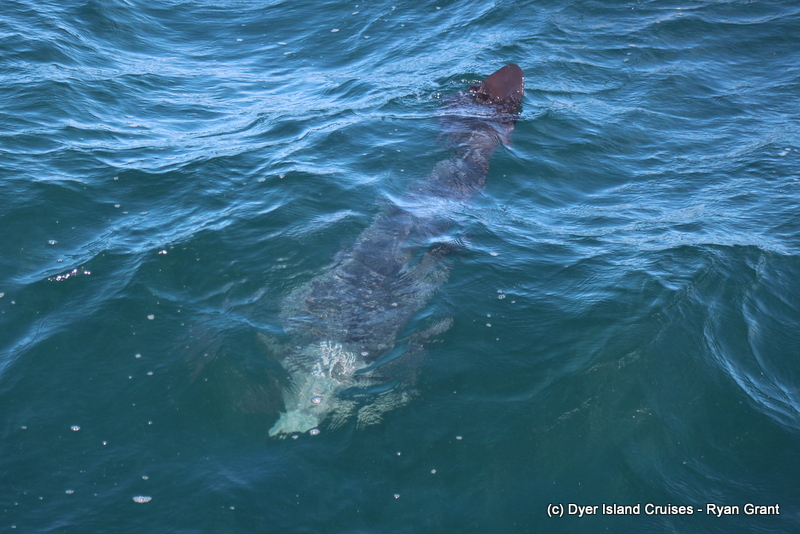 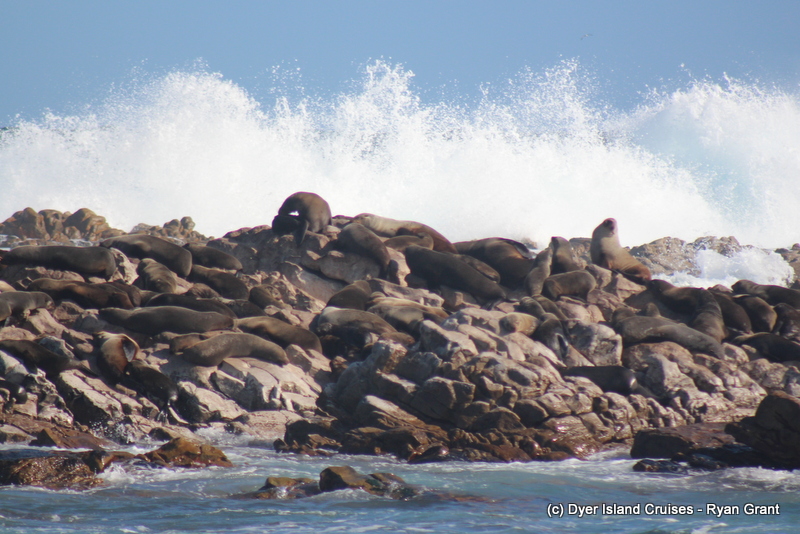 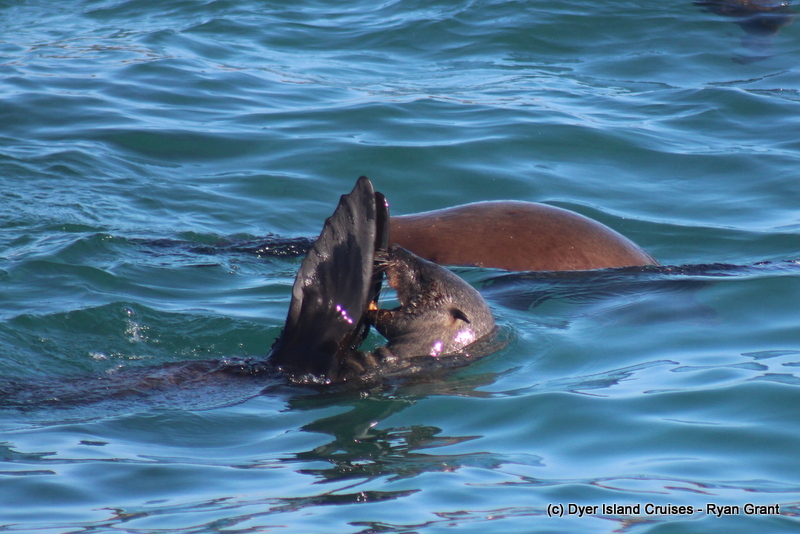 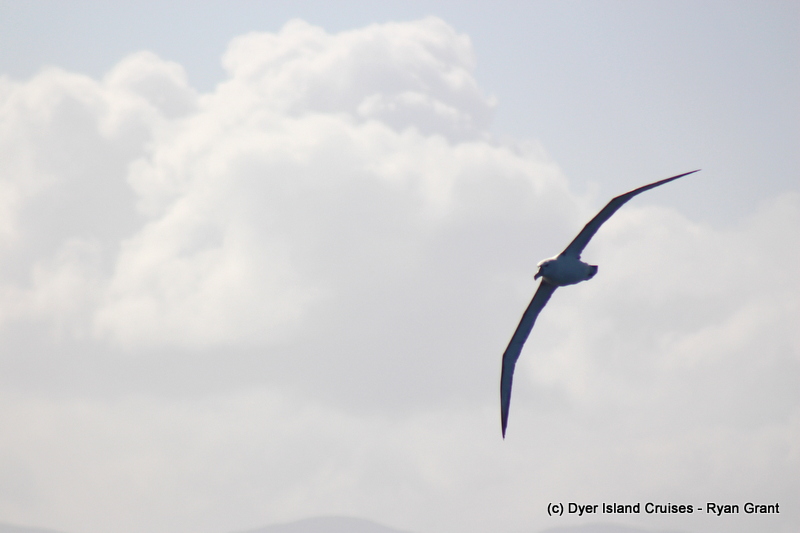 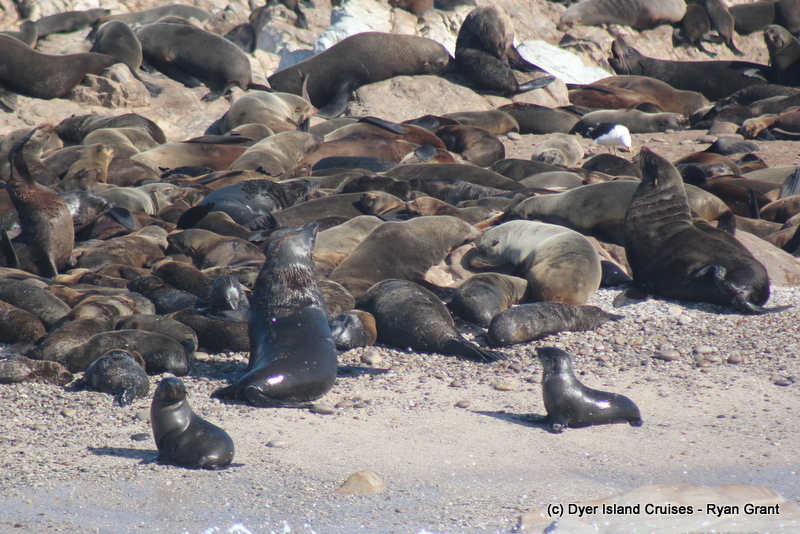