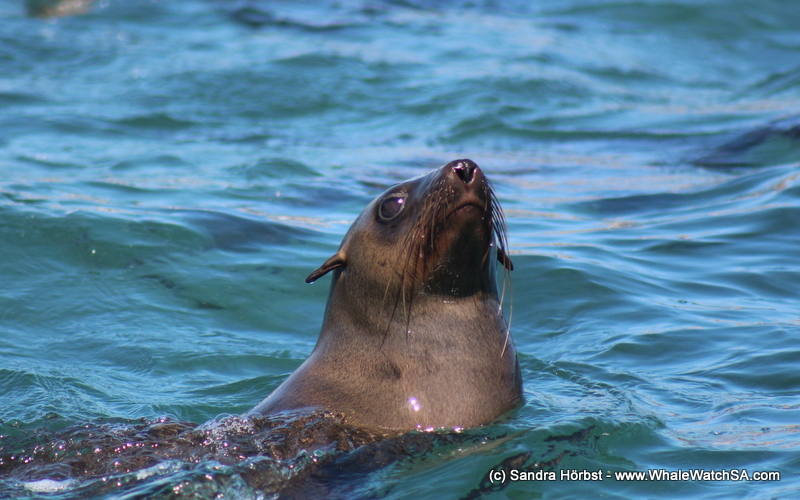 Although we had a light drizzle be fore launching from Kleinbaai harbour we had a great time at sea with lots of sunshine and wildlife. After launching we were heading along the coast towards Uilenkraal estuary and then continued along the coast while looking out for some whales. Not long after that, our spotter Kira, saw a blow in the distance. We carefully approached the Southern Right whale and spend time close by observing this whale come up to the surface for breathing. Moving on to Dyer Island we saw an African penguin in the water and many more on the island itself. Arrived in Shar Alley we saw a majority of the Cape Fur seals playing in the water. On our way back we were followed by a Subantarctic skua having a closer look at our vessel and trying to see if he can scavenge some food. 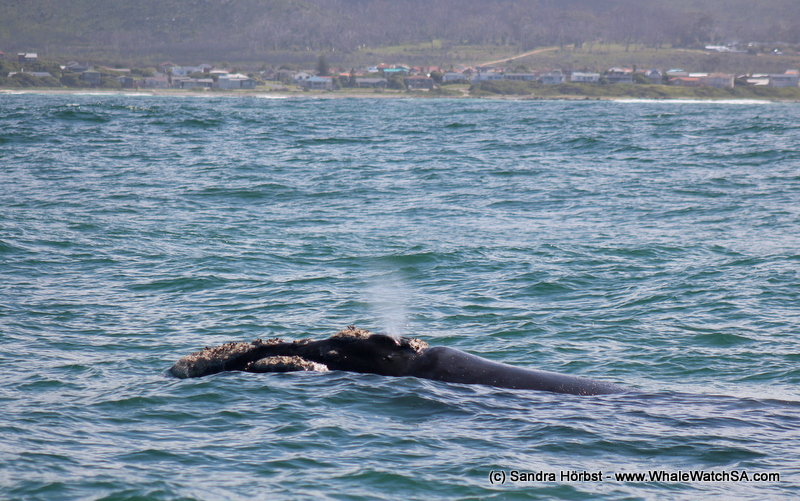 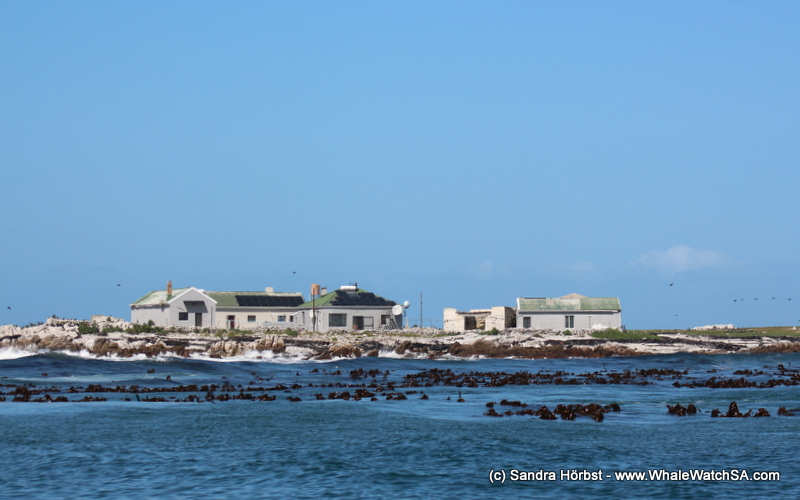 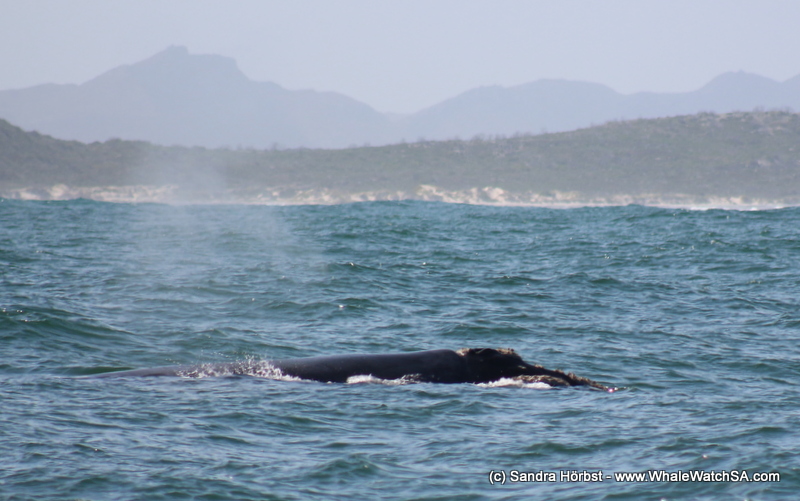 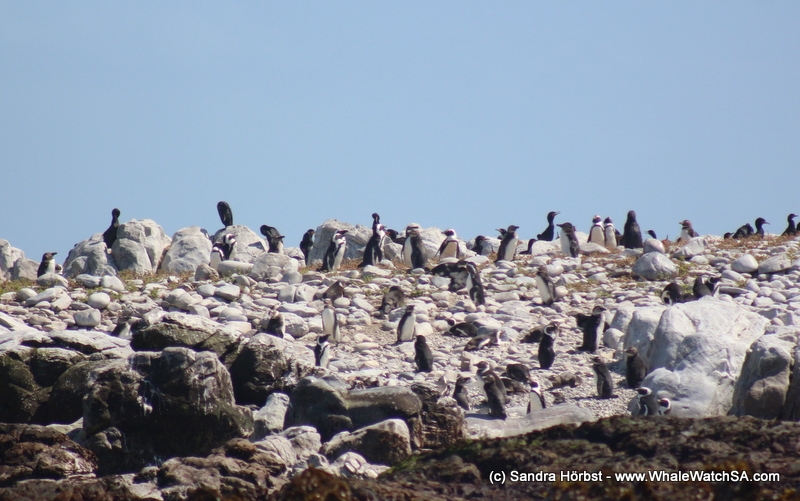 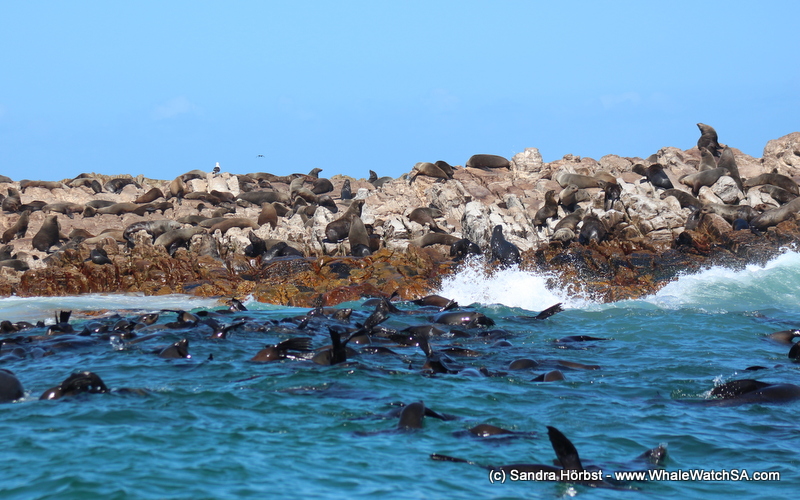 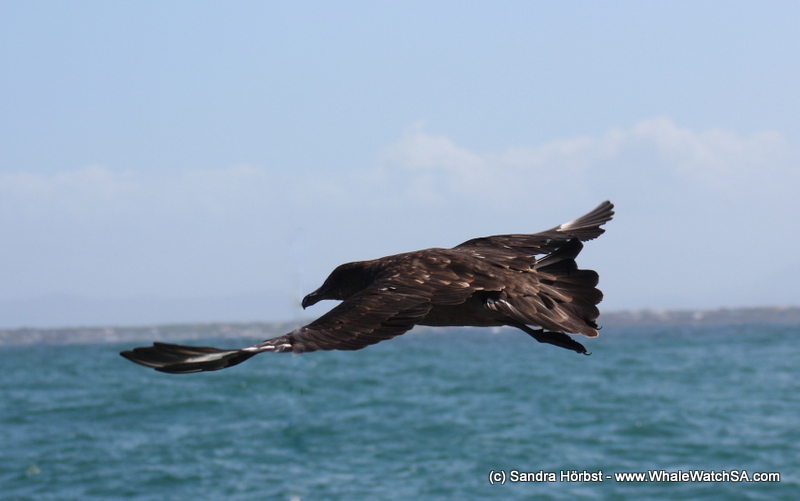