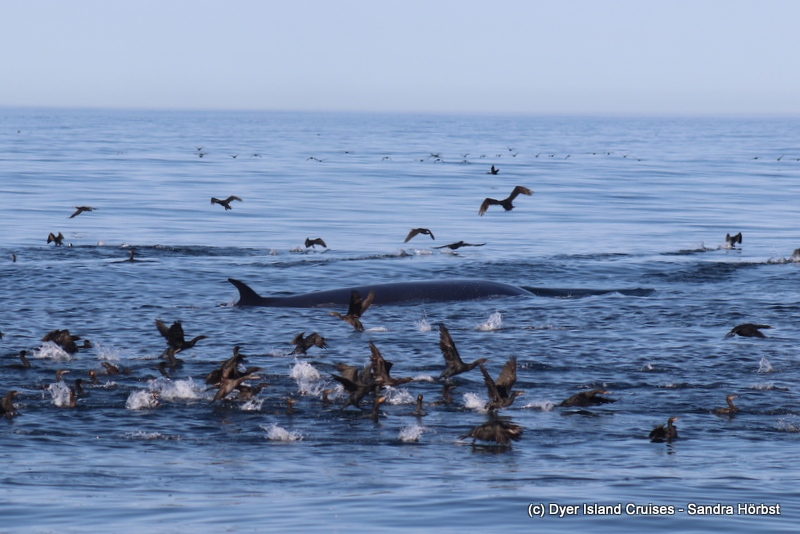 We launched this morning into a glass calm sea and were heading out into the bay looking for any signs of wildlife activity. Soon we spotted some diving birds indicating some small fish and other marine life. After having a closer look around, we heard a whale coming up to the surface before we spotted it close to the boat. In the same are we also had big rafts of African penguin and more diving birds further off. After having such a wonderful start into the trip, we continued to Dyer Island and Geyser Rock. The Cape Fur seal pups are truly getting big now and ready for leaving the island to catch their own fish. On our way back we passed through the shallows and continued along the coast line where we spotted a Cape Fur seal having caught itself a white steenbras for lunch. And as we were about to head into Kleinbaai harbour we spotted a group of five humpback dolphins travelling along some kelp forests. What a stunning day it has been at sea! 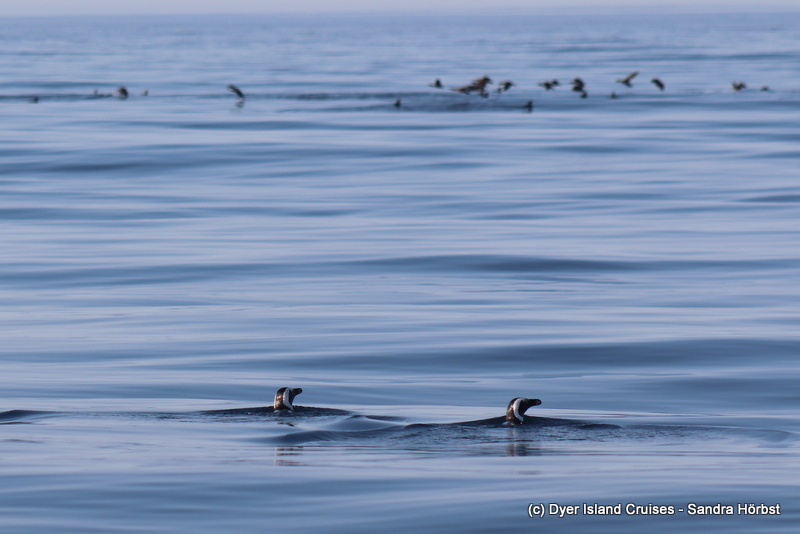 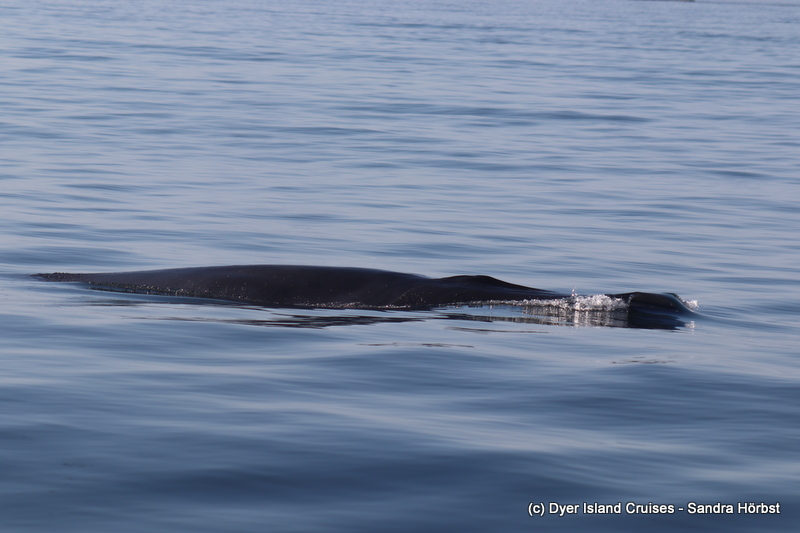 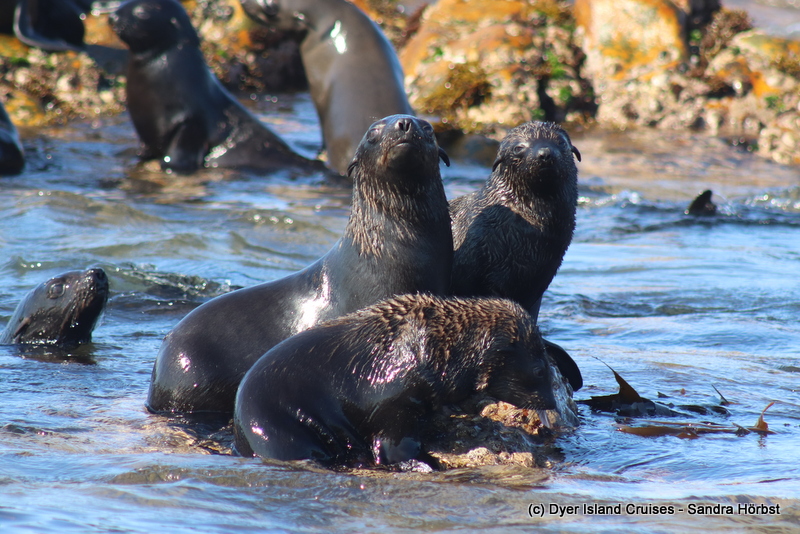 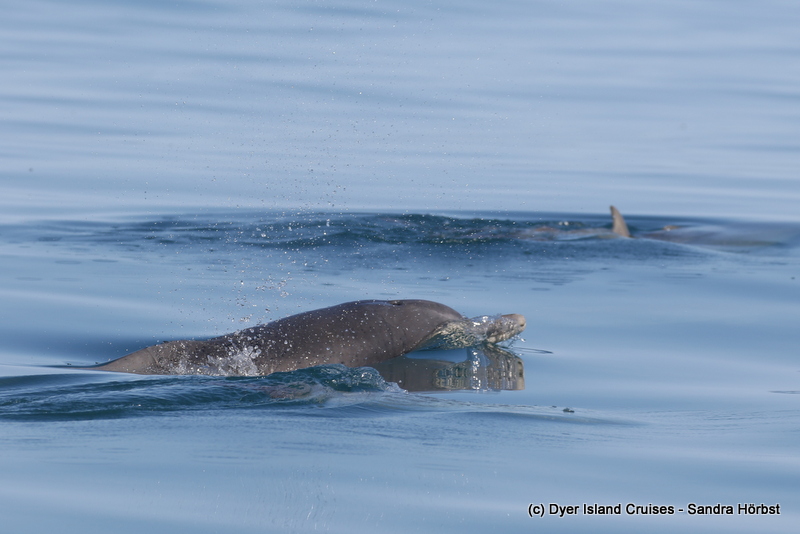 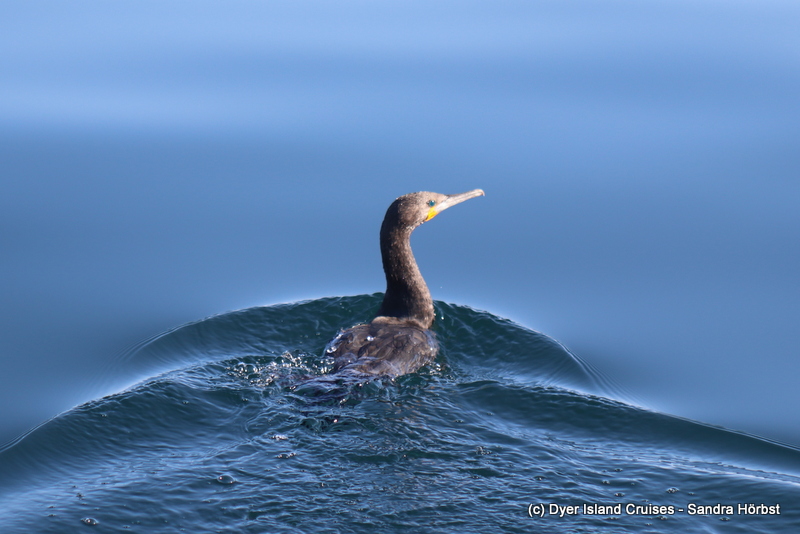 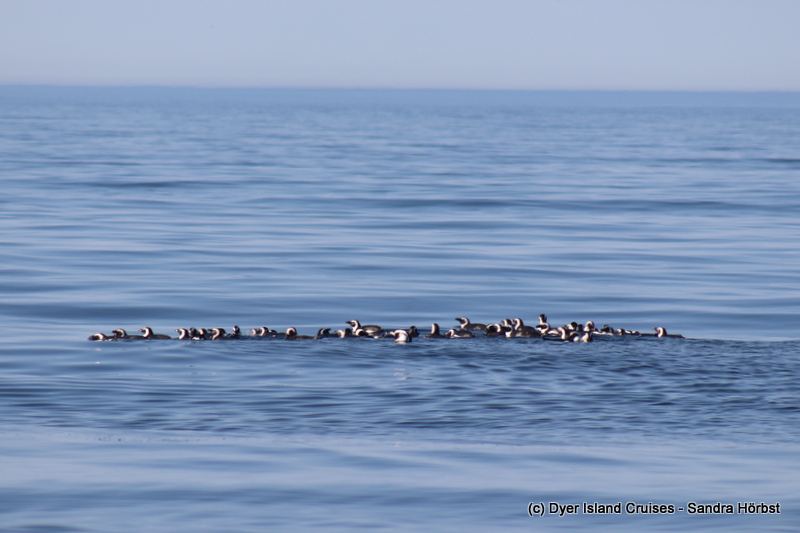 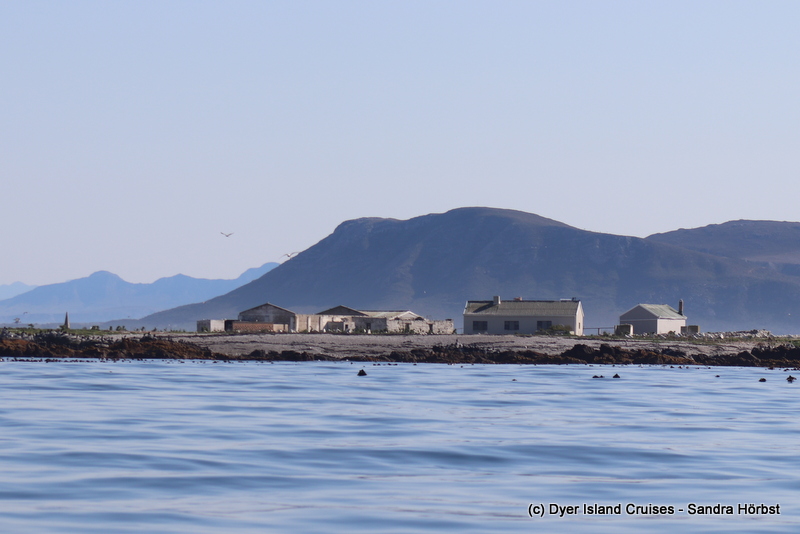 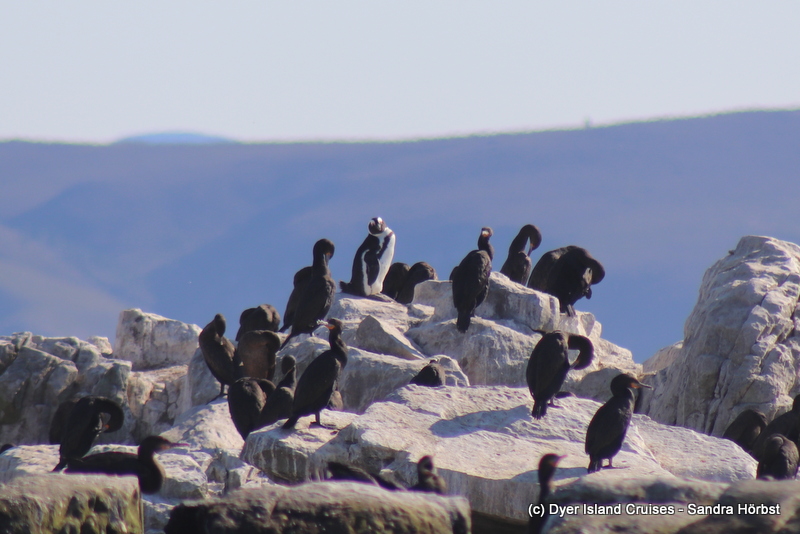 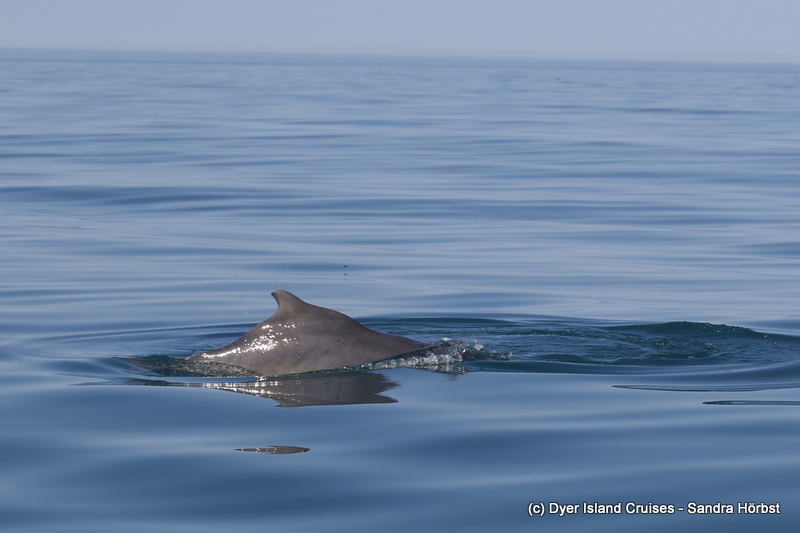 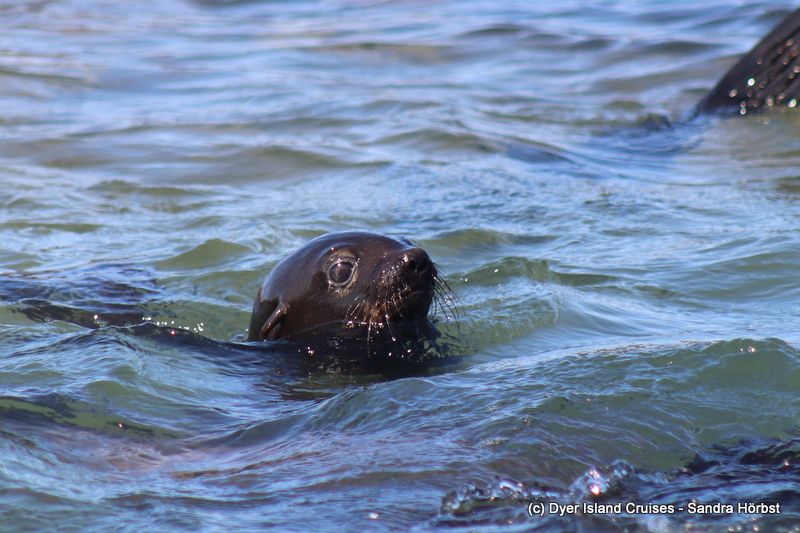 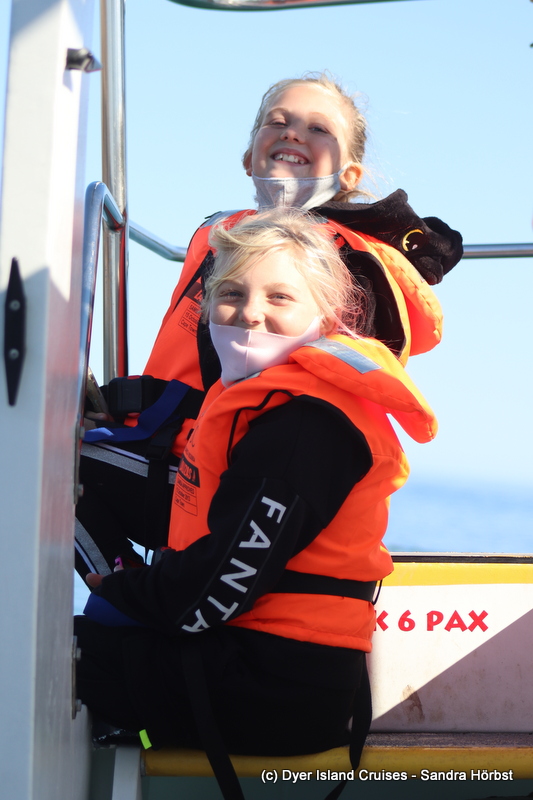 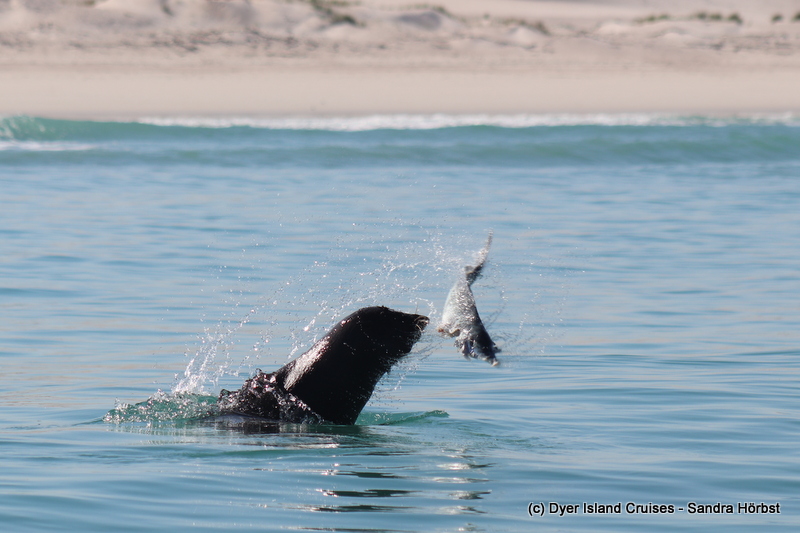 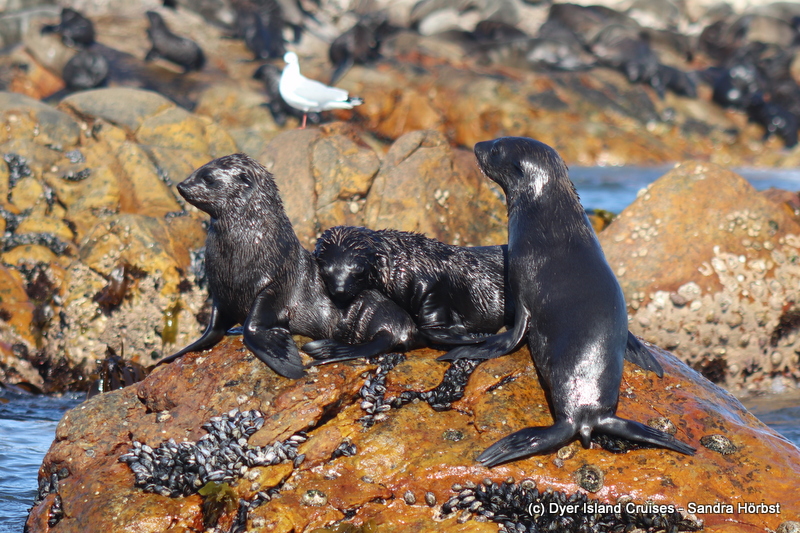 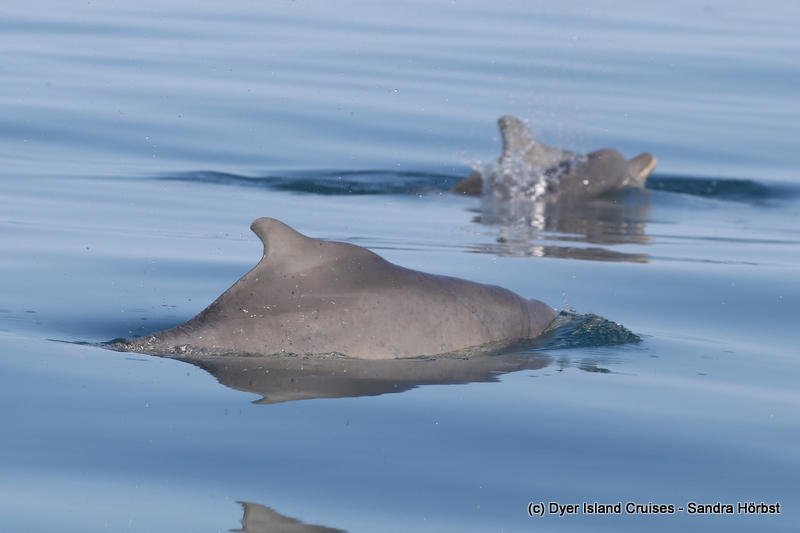