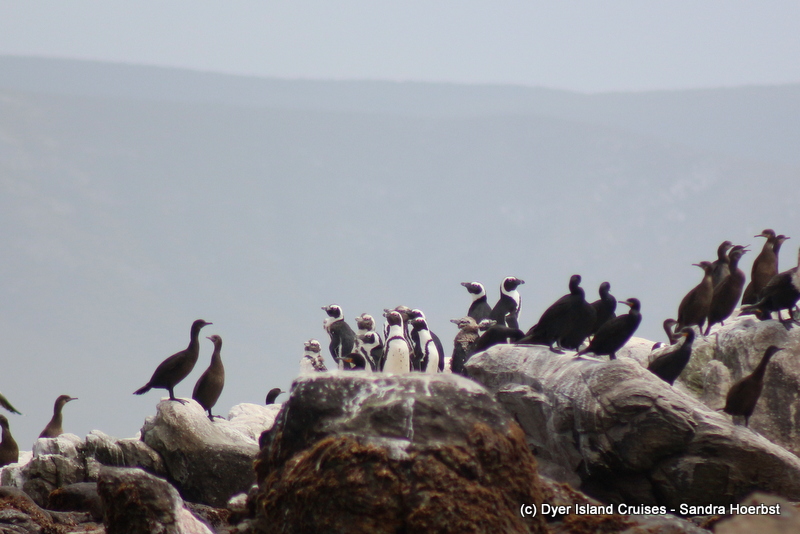 Today we had some southeast wind that turned later southwards and some clouds passing through. On both trips we visited the Cape Fur seal that call Geyser Rock their home. While driving through Shark Alley we observed their behaviour and were delighted to see all these adorable Cape Fur seal pups. Out of the alley and just around the corner closer to Dyer Island, we spotted a couple of Giant Petrels sitting in between the kelp and taking off. In Sponge bay we could get some great looks at the endangered African penguin and spotted a few more seabirds that inhabit Dyer Island. At the shark cage diving boats, we have once been lucky again to see some Bronze whaler sharks. 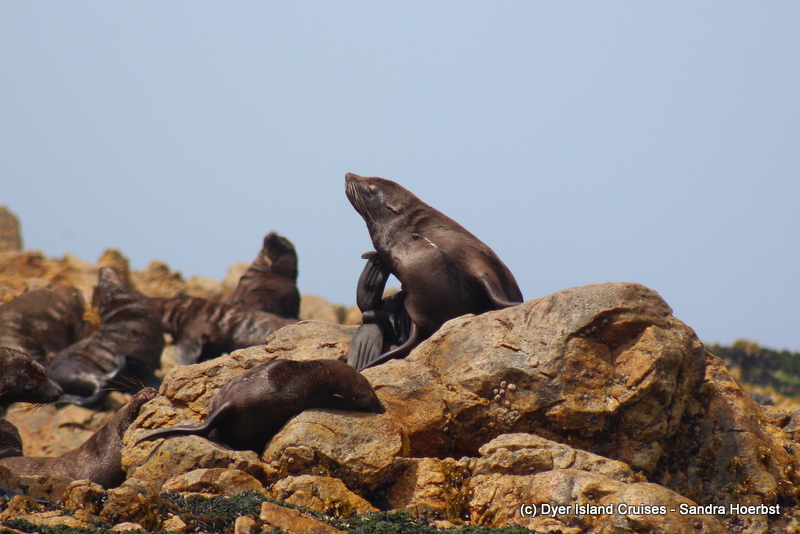 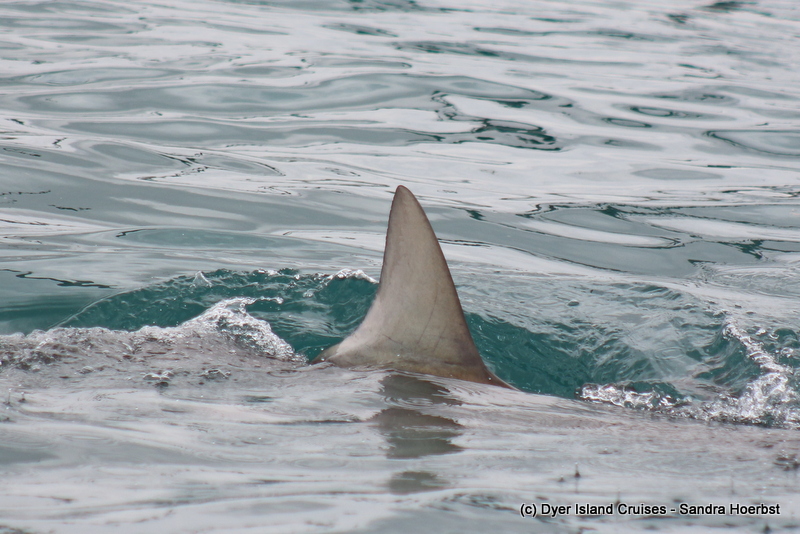 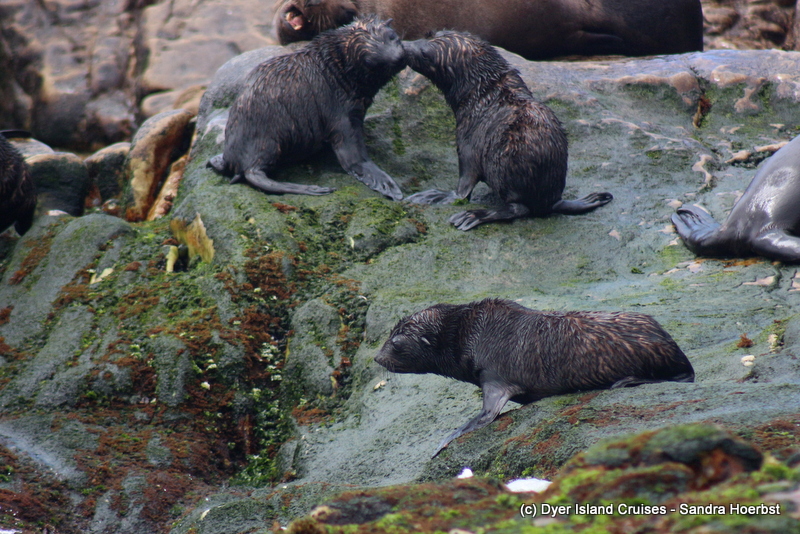 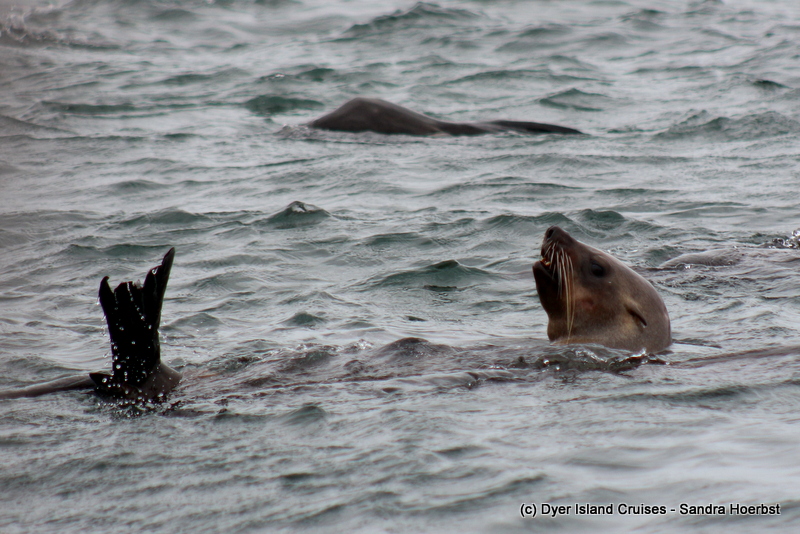 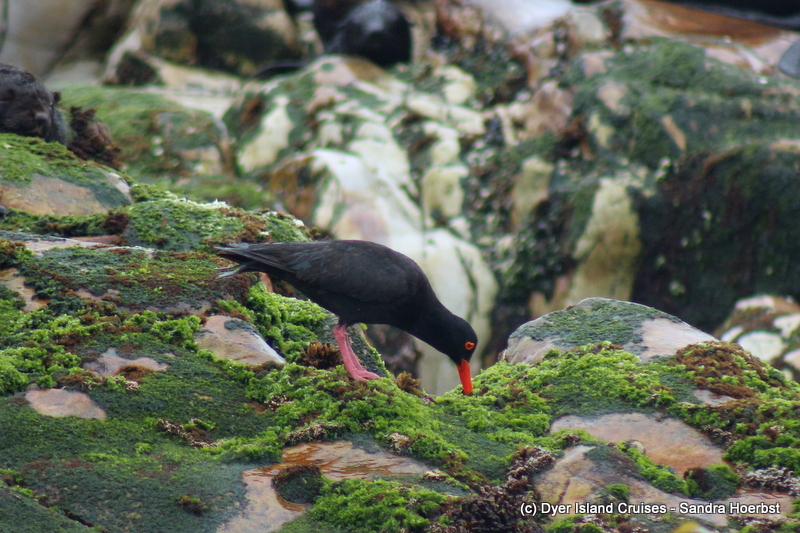 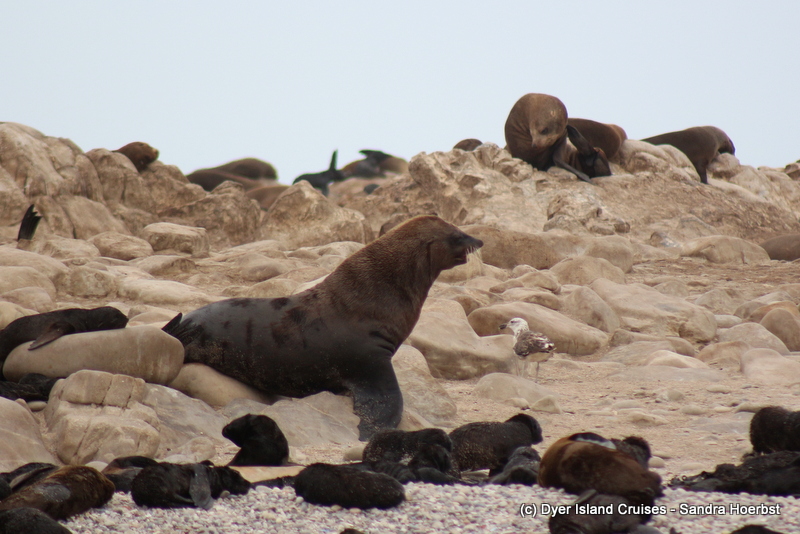 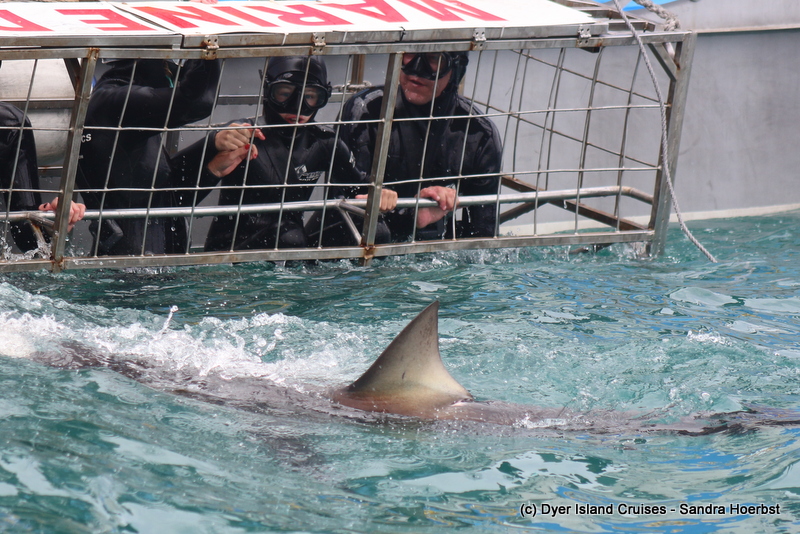