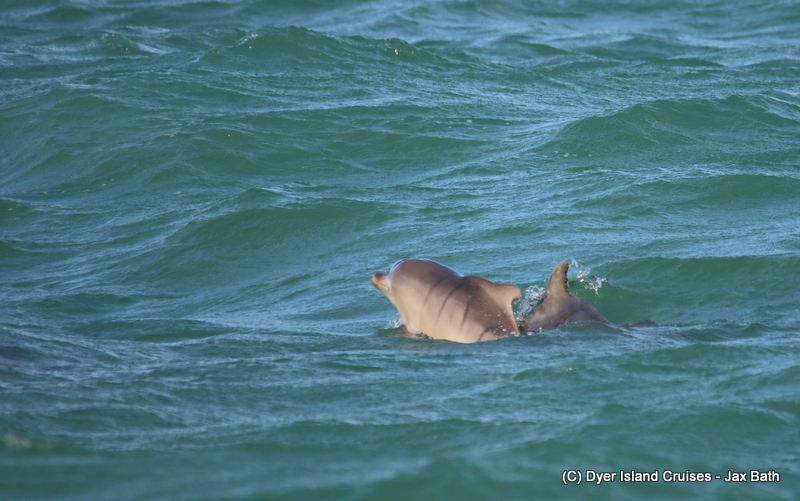 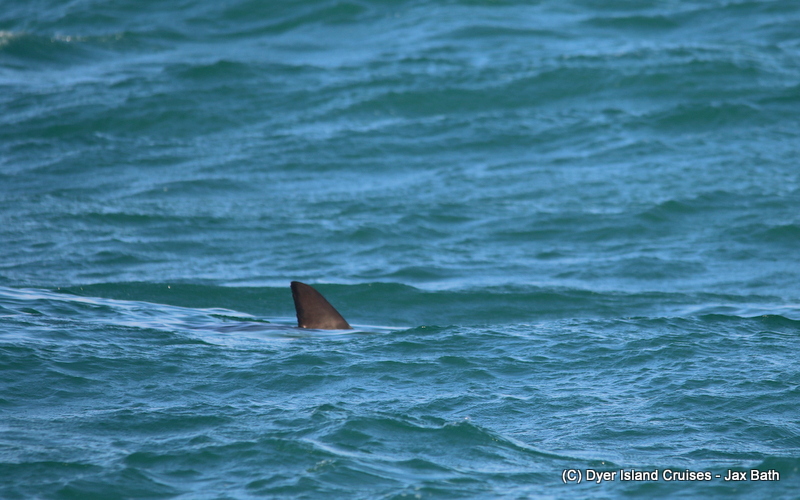 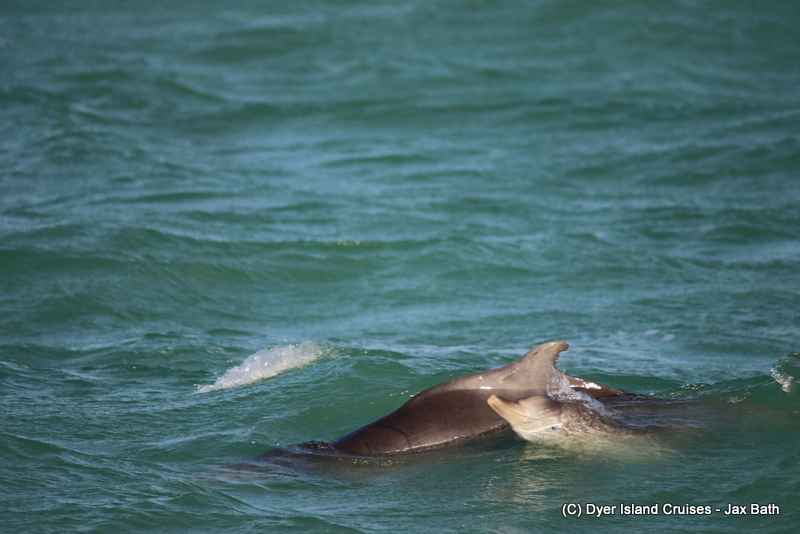 A montage of shots of our new baby surfacing. 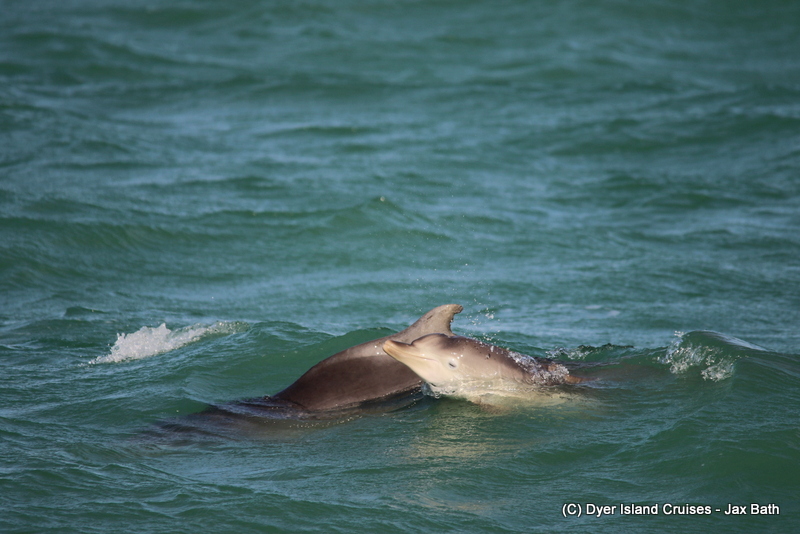 Look at that little face. 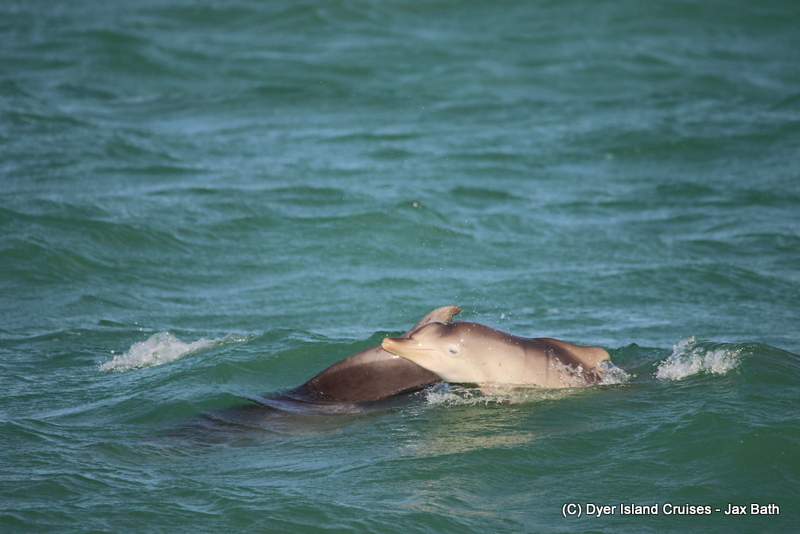 Here you can start to see the peanut head and the fetal folds. 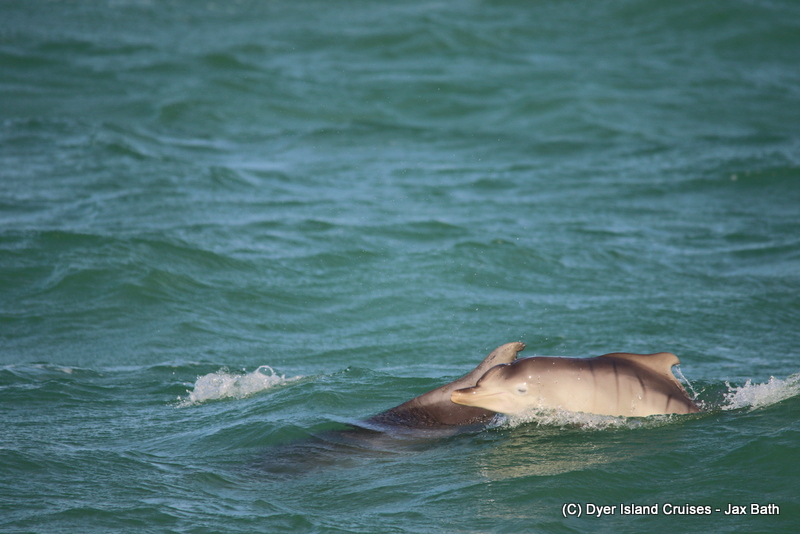 Baby looks like he’s got tiger strips, but that is due to his or her time in the uterus, where the little one was curled up super tight. 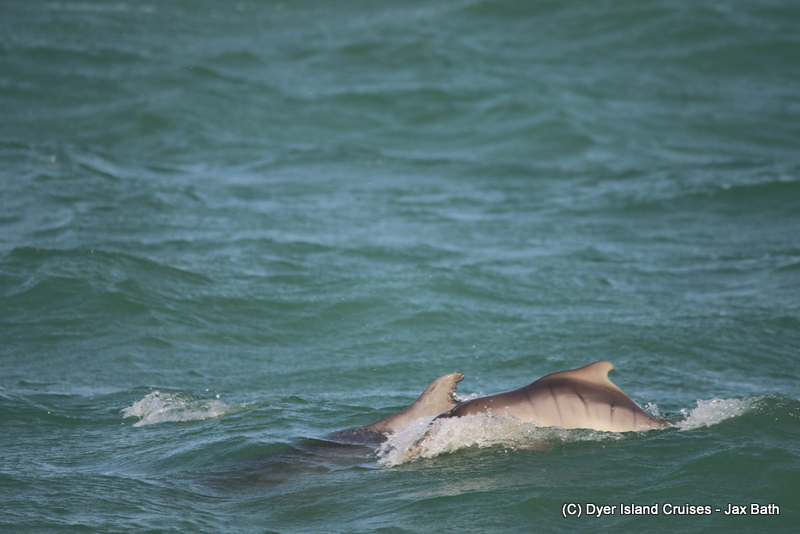 Eventually when the baby fills out a bit, the stripes will disappear.

One last look at our little tiger dolphin. 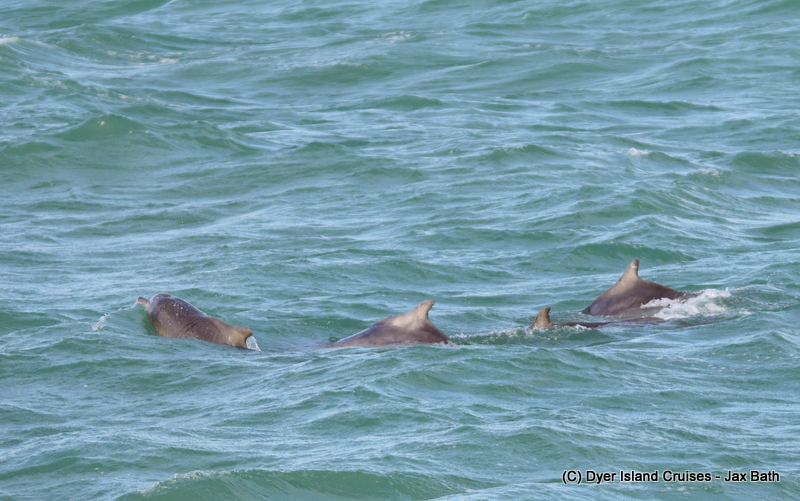 Baby and mom were travelling in a group with other dolphins. 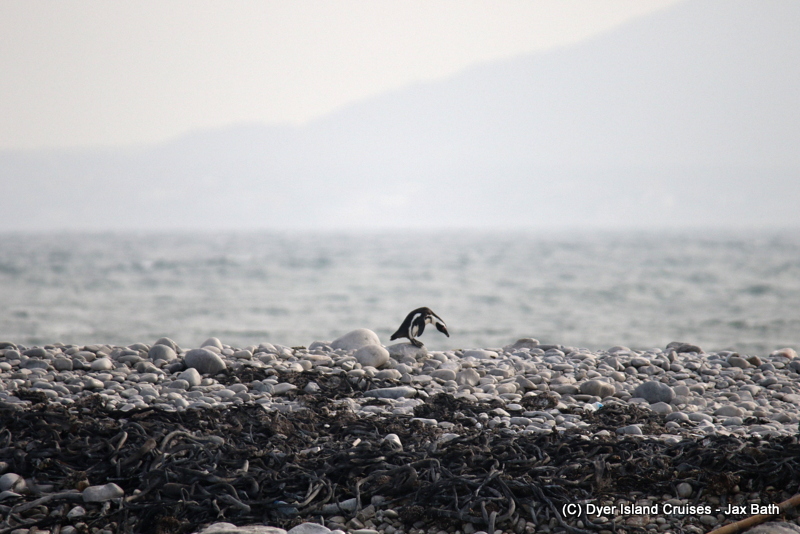 A little penguin hopping on some pebbles. 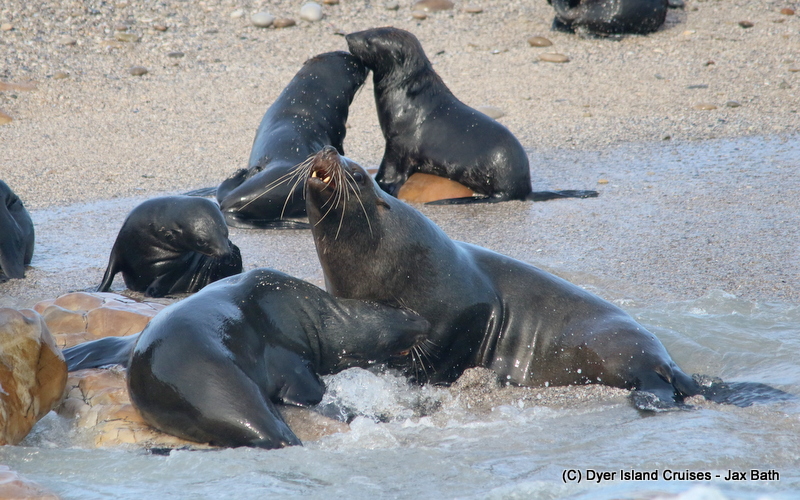 A squabble on Geyser Rock. 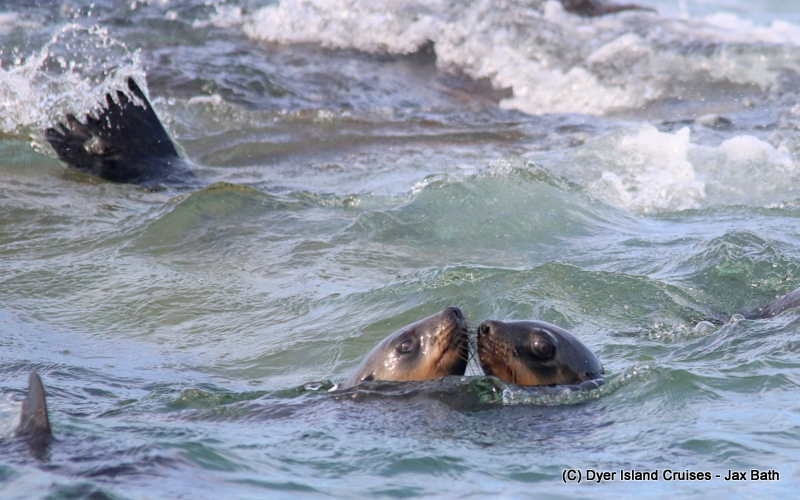 a tender moment between two seals. 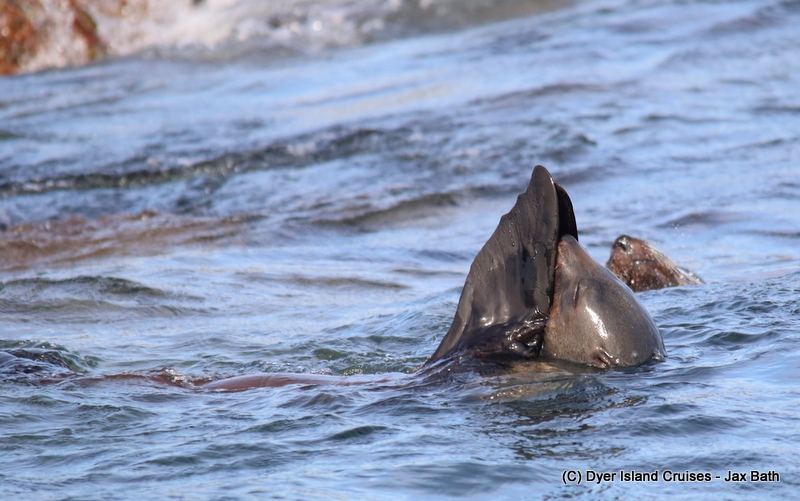 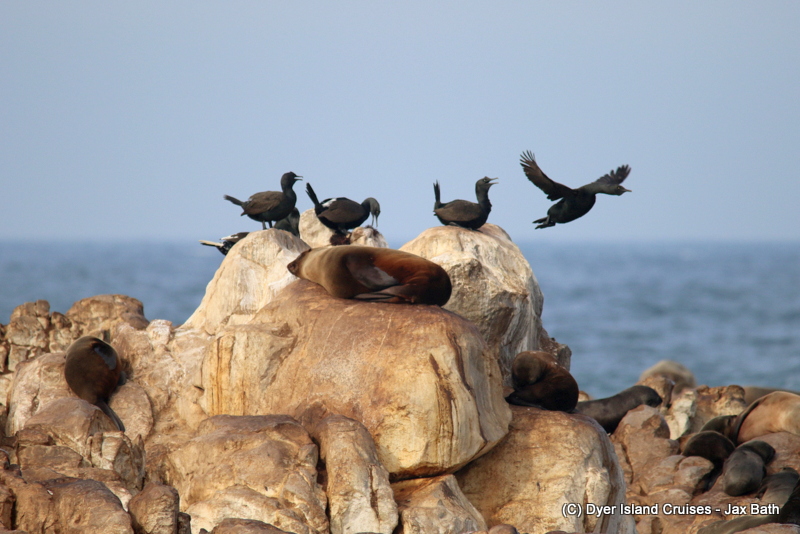 Breeding Bank Cormorants, one of our endangered species. 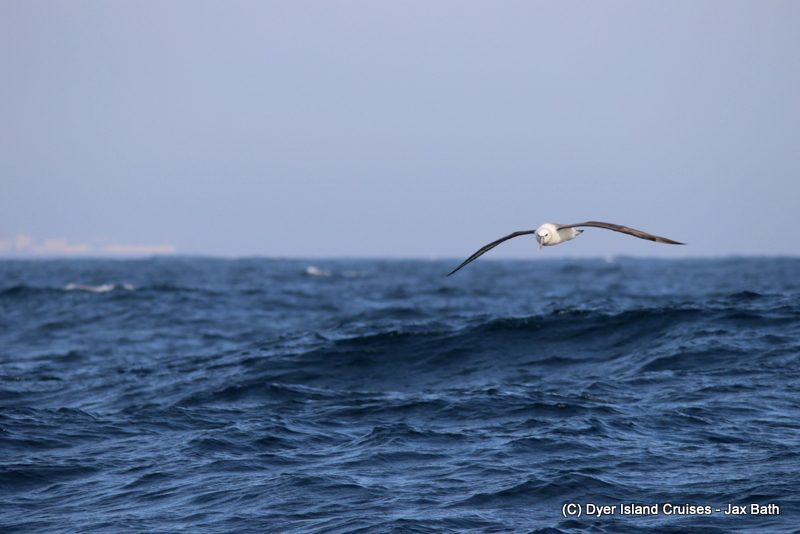 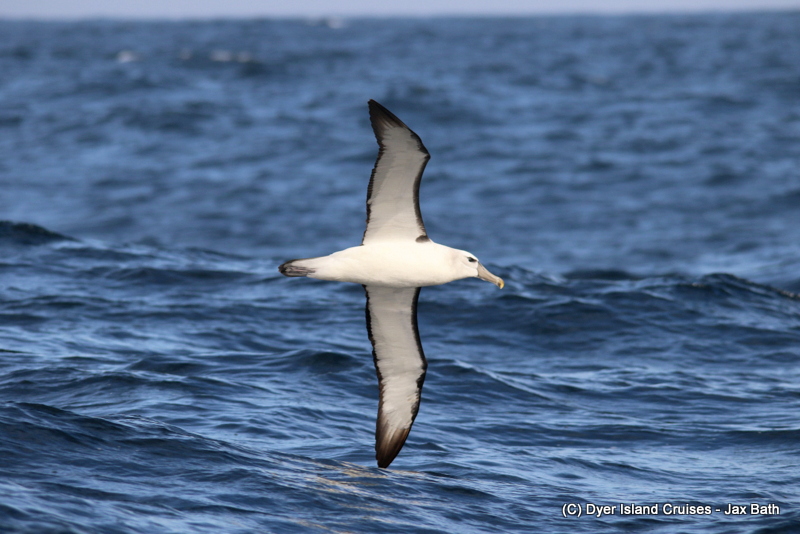 A closer look at this beautiful bird.