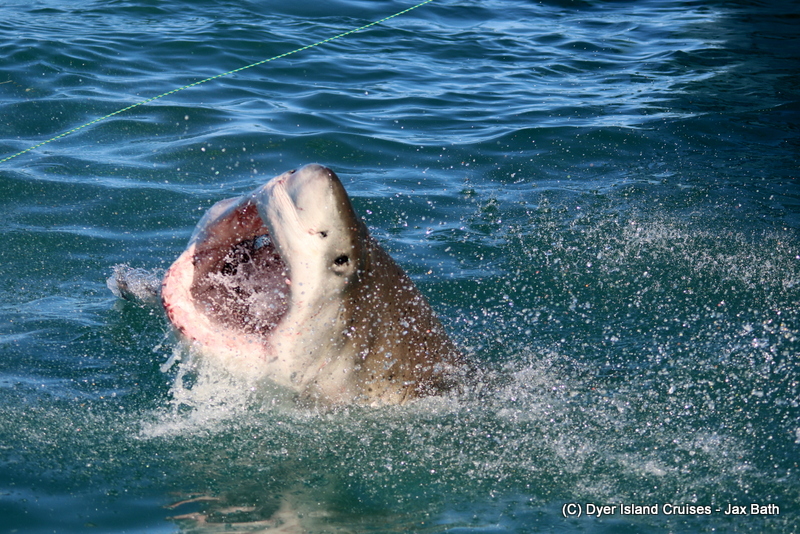 We had 2 great trips on the Atlantic today, with a Great White Shark stealing the show on both tours. We still have a little swell running in at the moment, but we had very little wind and lots of sunshine which made for lovely conditions. We launched our first tour at 10:00 and did some zig zagging around the bay in search of a cetacean or two before making our way towards Slashfin.

Here, we were in for a serious treat, with a Great White Shark launching itself out of the ocean. We very rarely see a half breach like this, so we were all left breathless by the sheer power of this apex predator.  On inspection of the photos, I believed it might be Mini Nemo, due to the fact that one of the pectoral fins is quite a bit smaller than the other. Although it turned out not to be Nemo, The approach of the decoy at Slashfin was the same, ambushing from below to avoid having to do too much maneuvering from the side. After this incredible sighting, we made our way to Pearly Beach to find some whales.

The first of the day was a Brydes Whale, who was travelling a little shallower than what we usually find them. After doing some waiting, patience paid off and we were treated to a nice, close view of the Brydes as it came. We then happened upon two Southern Right Whales who were frolicking the swell. As we arrived, the whales were rolling, with one flipper in the air. Once we stopped however, the whales then decided to have a closer look at us from below. They then began to travel, so we went and travelled along with them, enjoying their presence before taking a stop at our seal colony. Here, we cruised by our playful pinnipeds for a bit before seeing our African Penguins on Dyer Island.

Our second tour of the day started off with a sighting of a really big Brydes Whale who was trying to catch some luck. We had some fish in the bay, so there were also some feeding birds enjoying the splendor. After having the whale give us a great show, we moved onwards to Slashfin where we had the same Great White Shark as earlier give us another leap.

We got to see the two Southern Right Whales too, also moving along with them for a bit before heading into Shark Alley. We had lots of seals playing in the water, so we took in the sights and sounds before making our way back into the harbour. On our way back in, we were treated to the sight of up to 100 African Penguins feeding on a bait ball. We also had a further two Brydes Whales and some diving birds before going back to the Great White House for some piping hot soup. 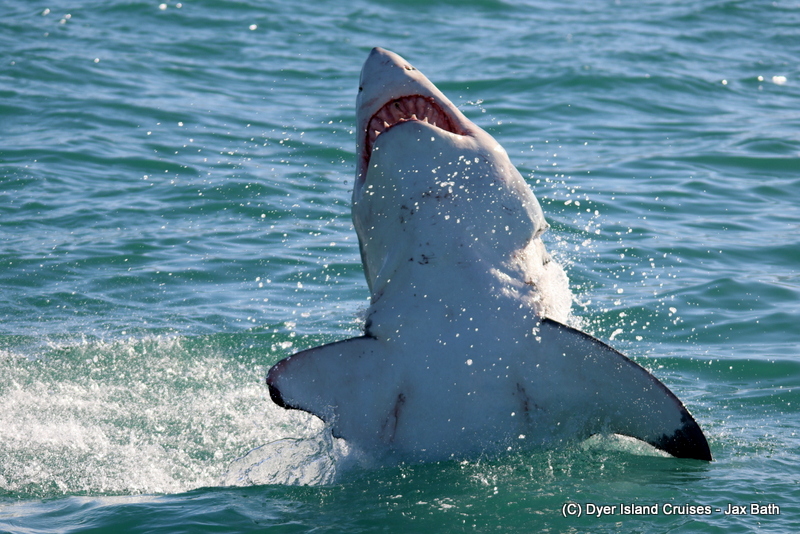 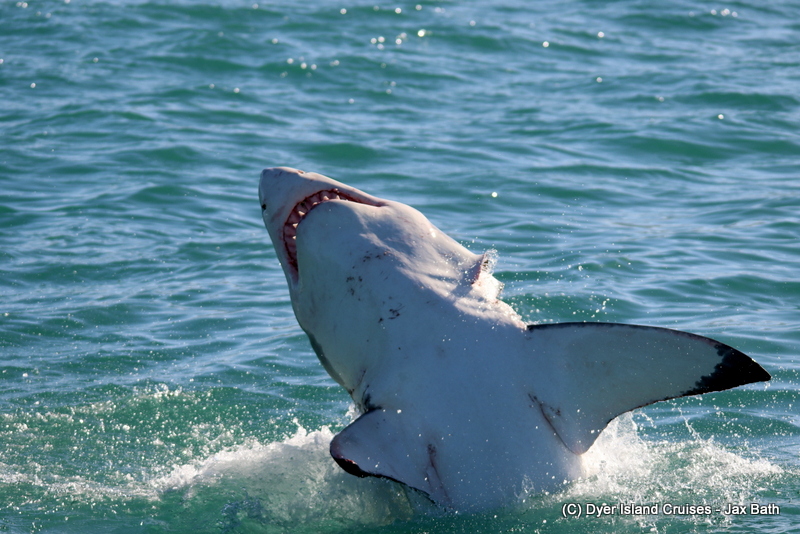 We saw this shark on both tours, getting incredible looks as it launched out the water. 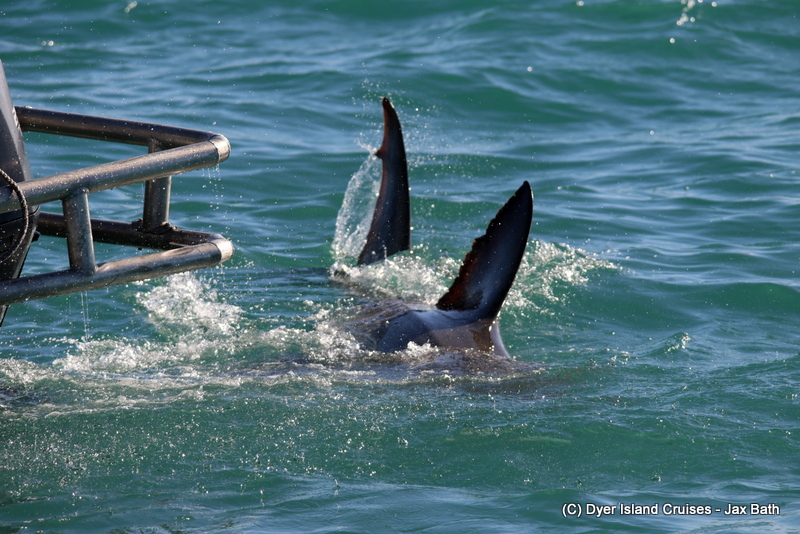 A look at the dorsal fin and caudal fin. 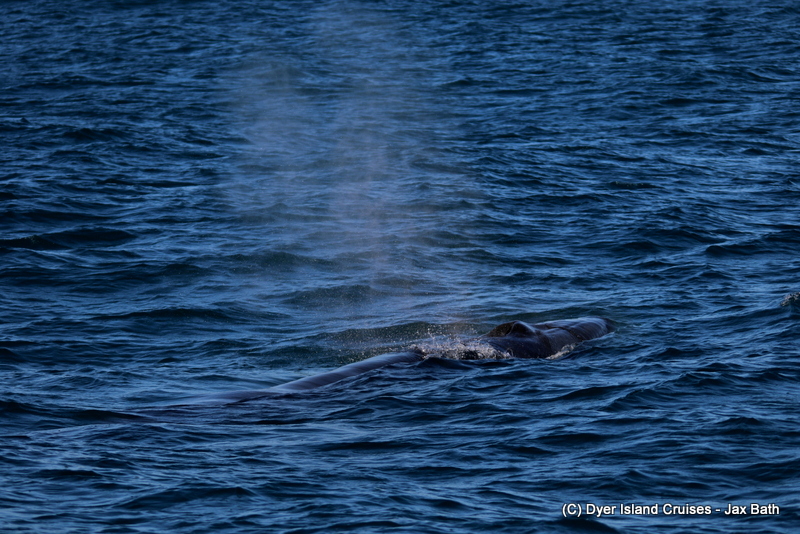 A Brydes Whale about to surface. 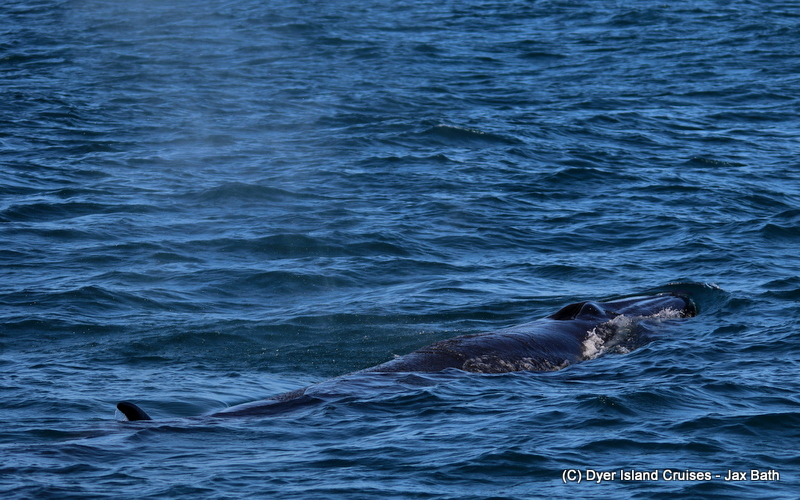 These whales have 3 distinct ridges on the head, which is how they can be identified. 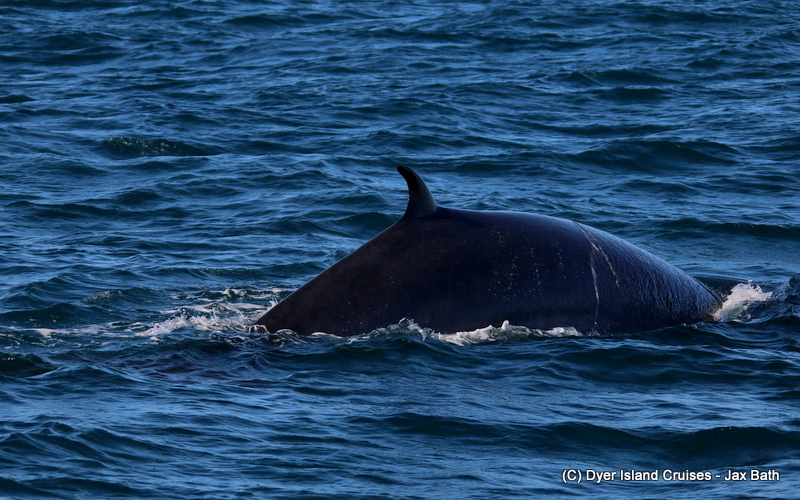 The whale just as it was about to take a deeper dive. 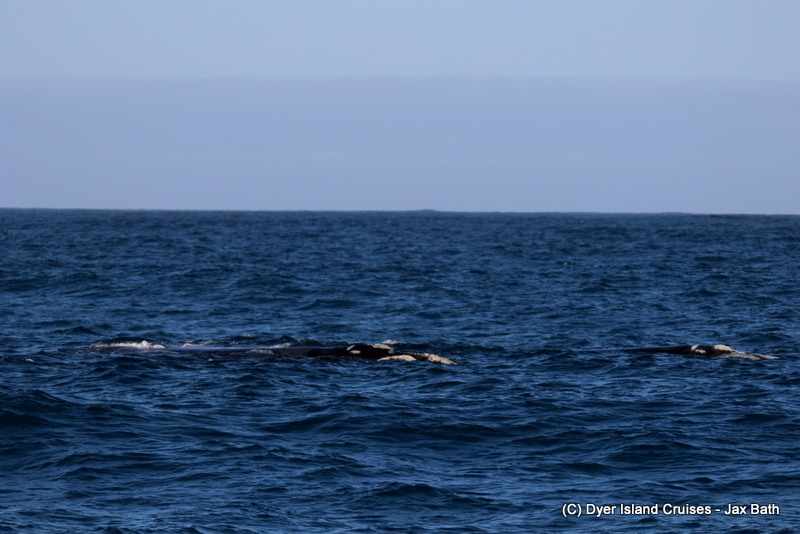 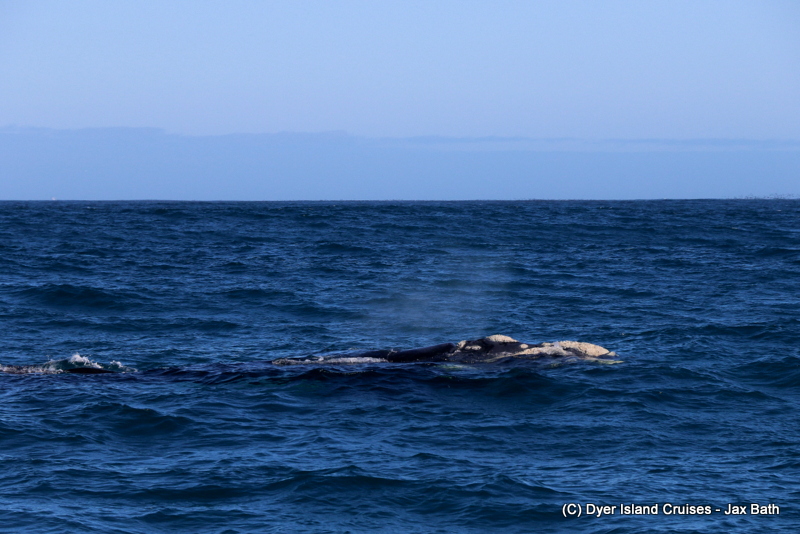 These whales were super relaxed, even swimming under the boat. 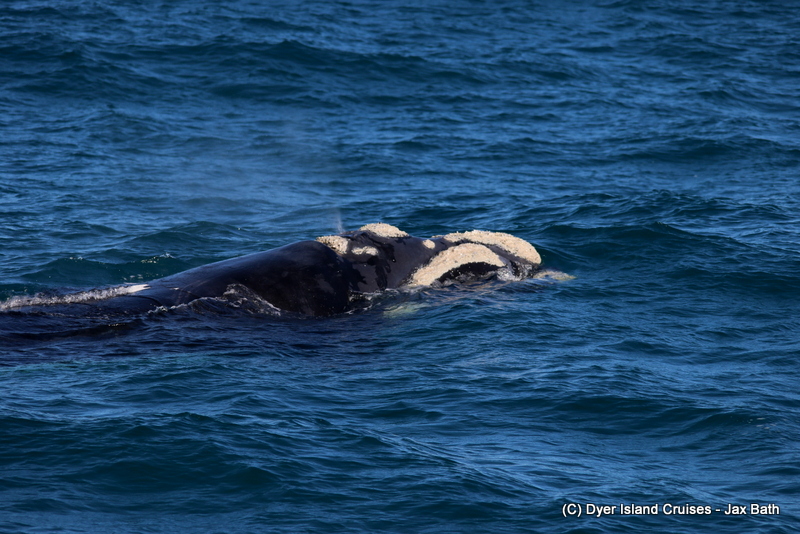 Here you get a look at the one whales callosities, which is the rough, white patches on the animals head. 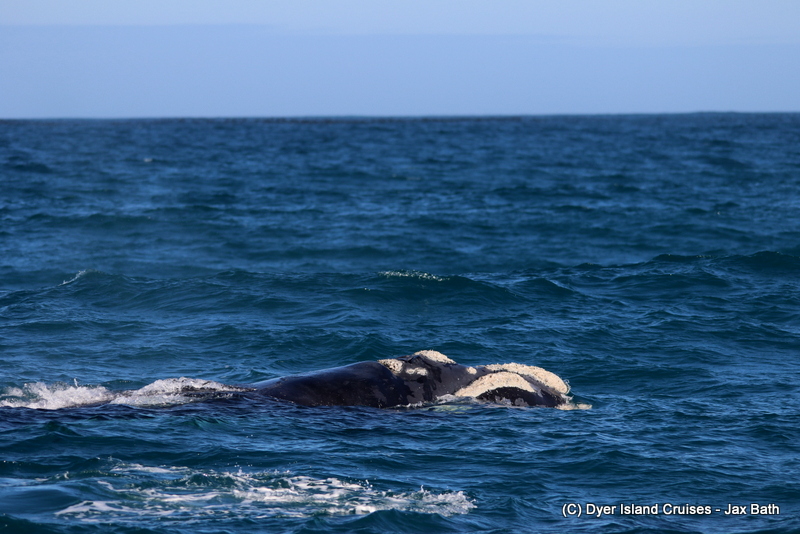 These callosities are comprised of barnacles and whale lice. 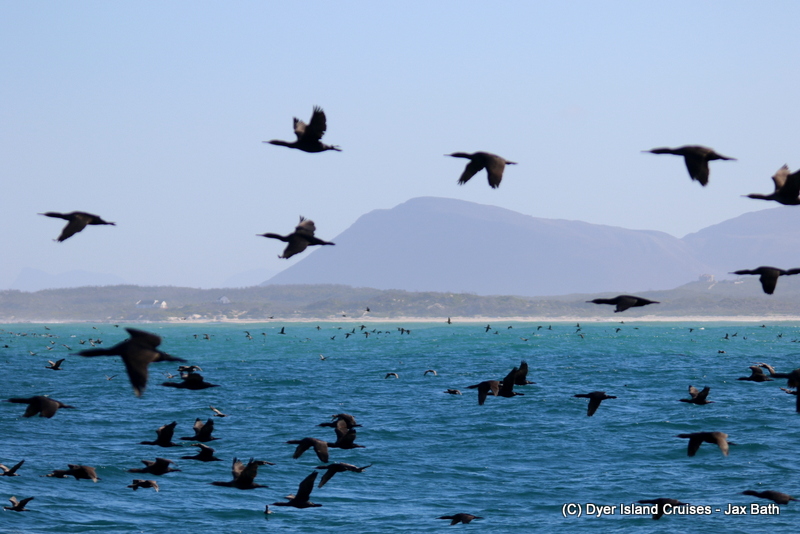 On our way to Dyer Island, we had a mega flock of Cape Cormorants. 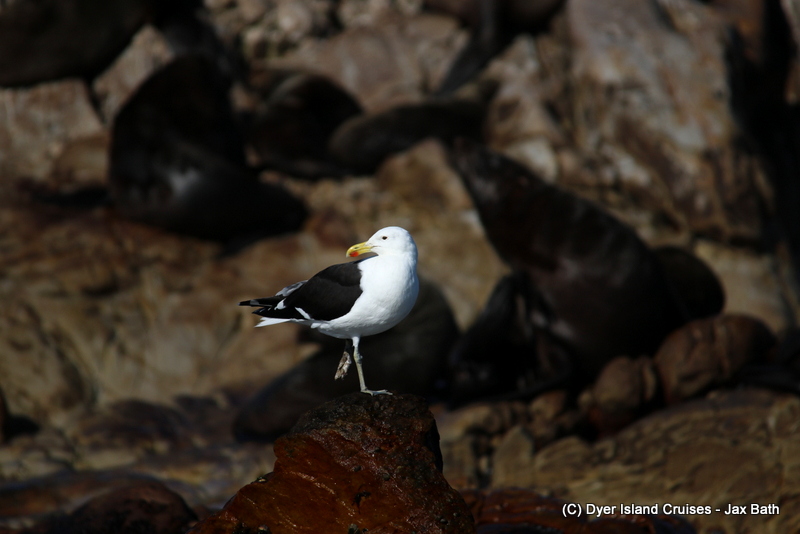 A sea gull striking a pose. 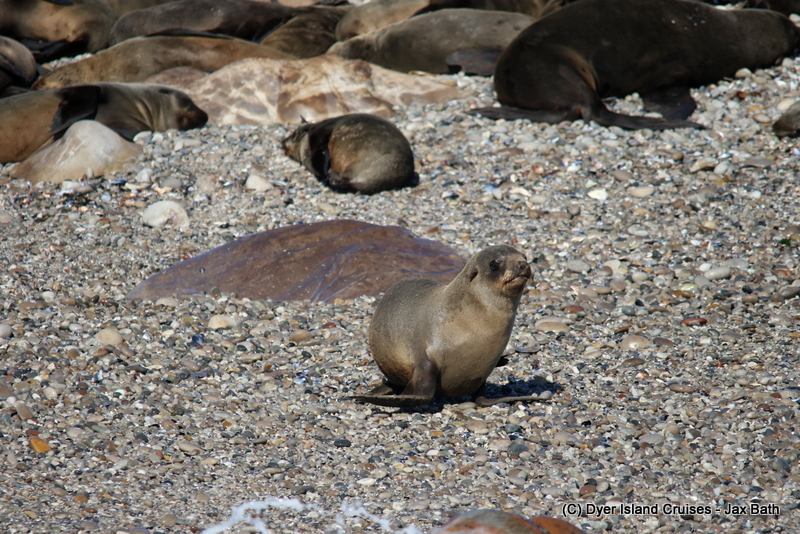 Waddling down to the water. 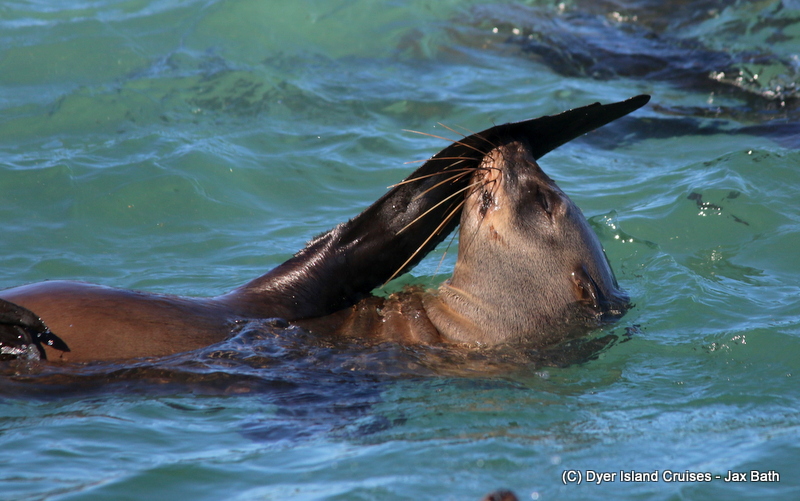 A little seal giving it s face a scratch. 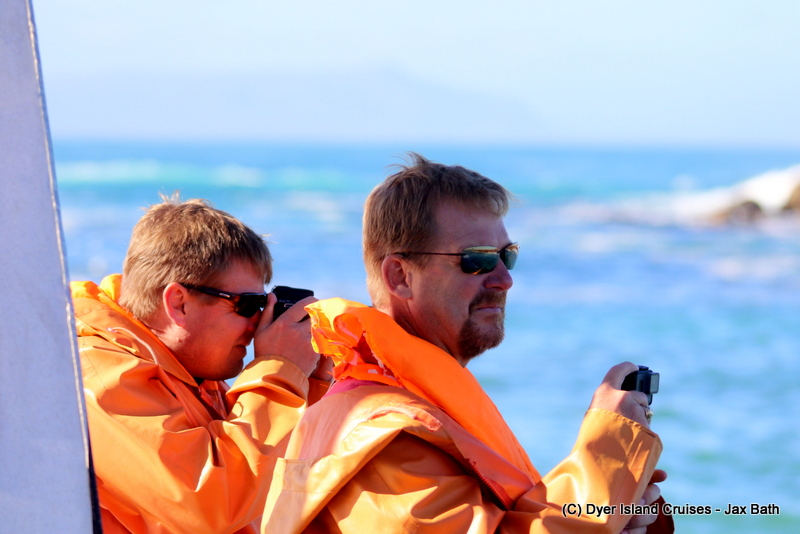 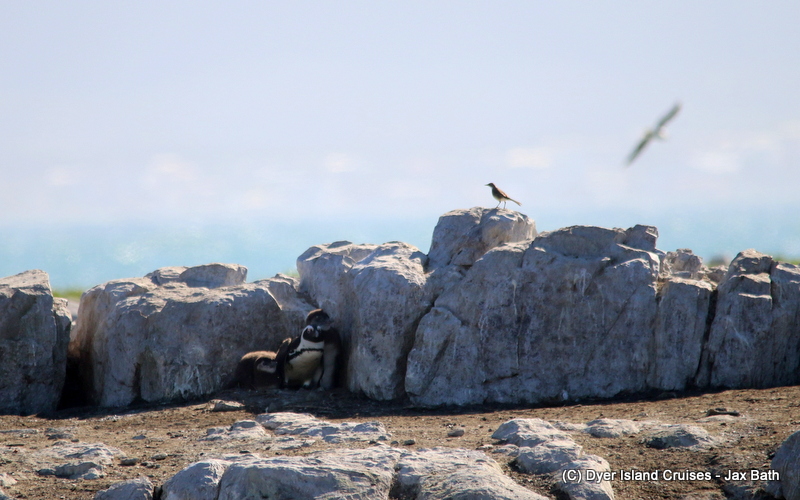 A very special penguin family, we’ve been watching this mom from the time that the nest was being built. 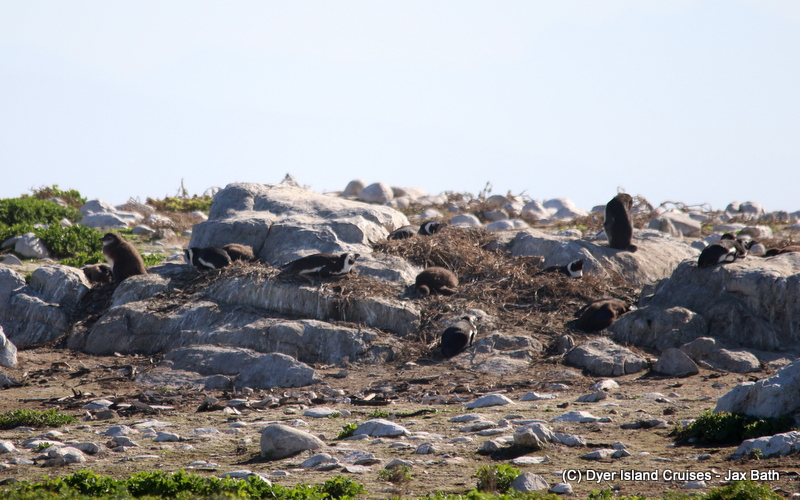 Some more penguins on Dyer Island. 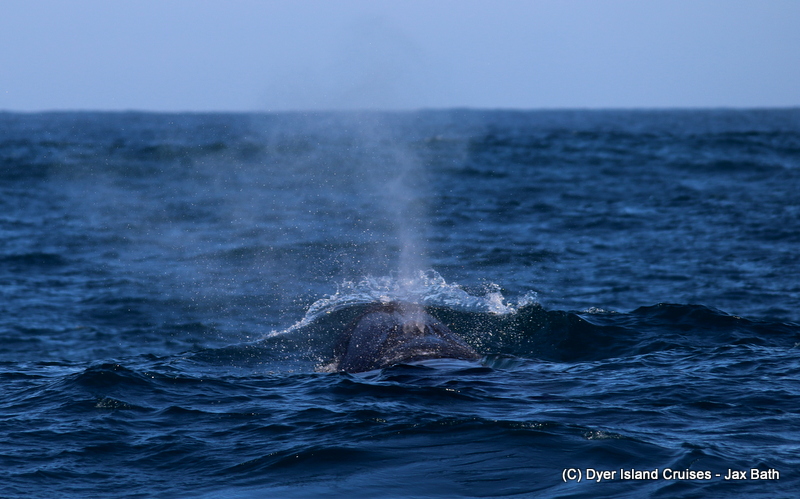 A Brydes Whale surfacing through the swell.

You can see straight through the gills of the shark! 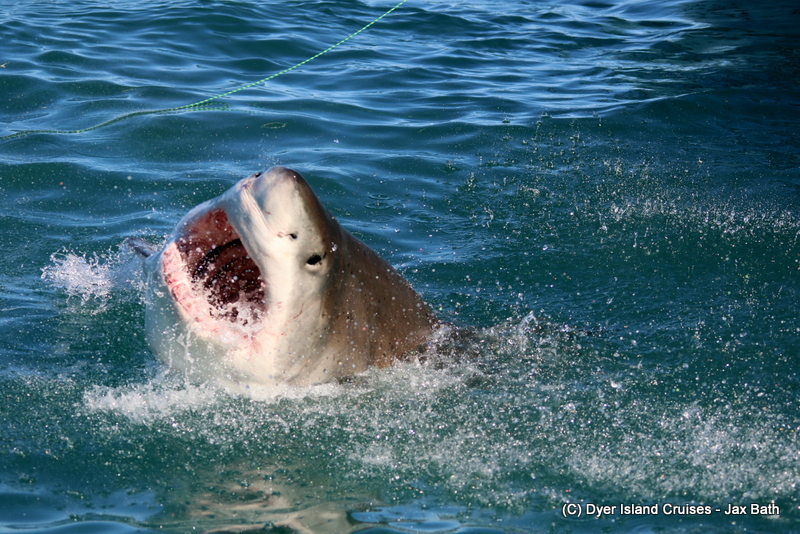 It’s not everyday we get such a good look at the face of a Great White! 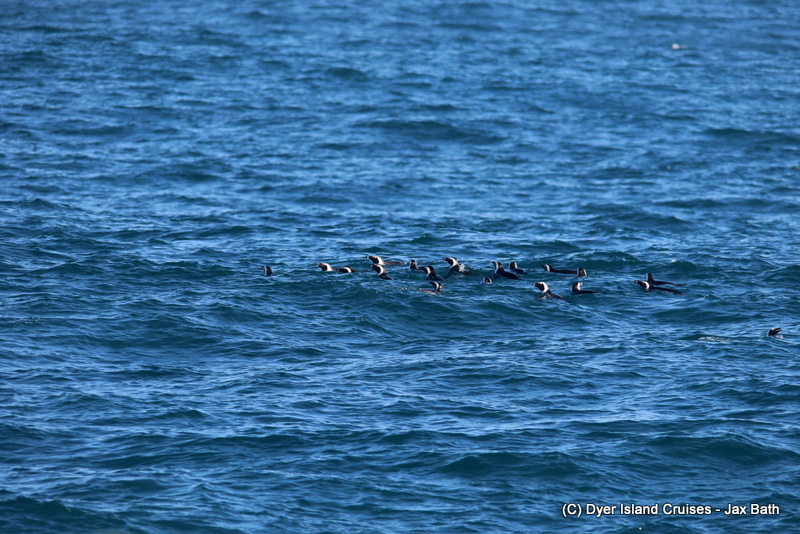 The second tour of the day had an amazing penguin sighting. 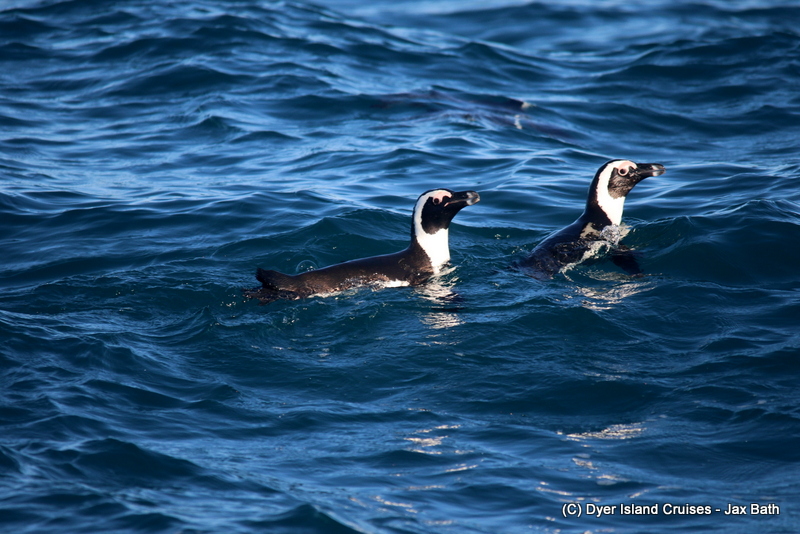 A closer look at Africa’s only endemic penguin species. 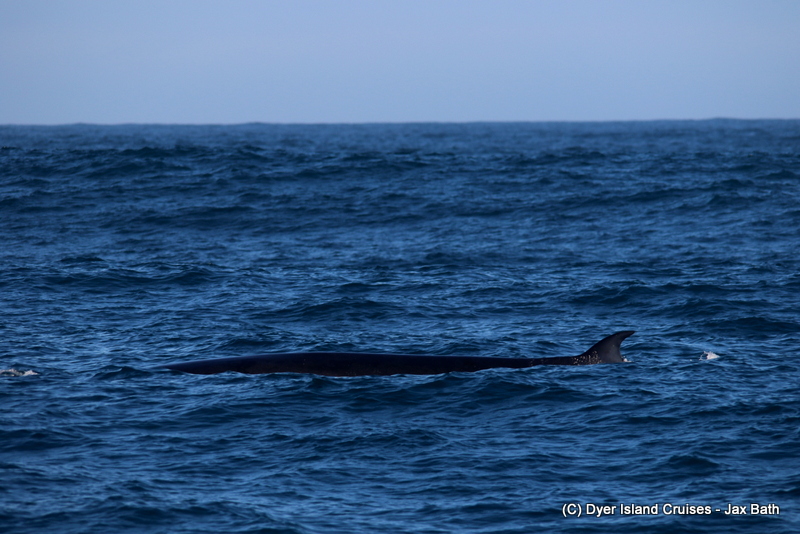 We had 2 Brydes Whale on the second tour. 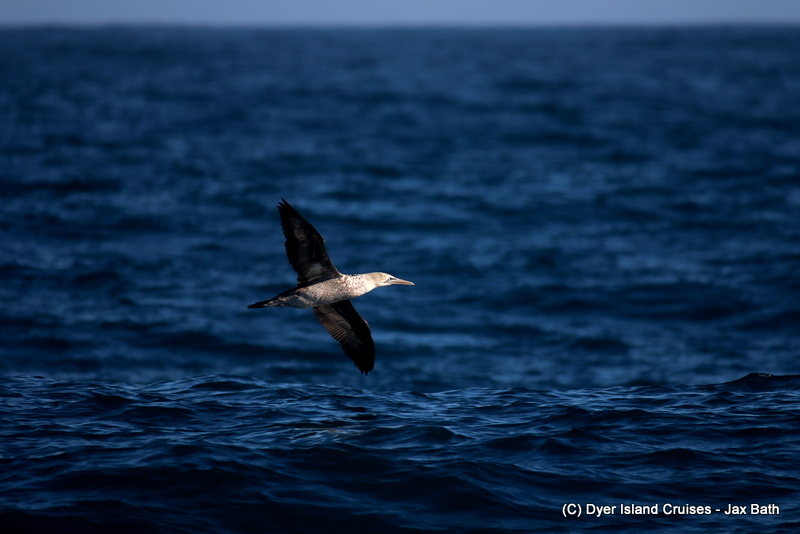 A juvenile Cape Gannet taking off from a bait ball.