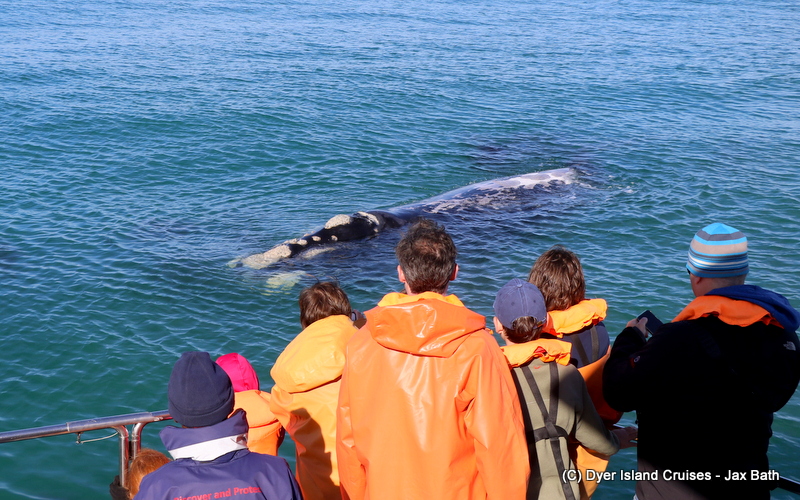 Another day, another amazing whale watching experience! We had a fabulous time at sea, enjoying the sun and the swell before tomorrow’s storm. We got a glimpse of our Marine Big 5 and really had an awesome time with a lone female whale over at Pearly Beach.

We started off the tour in search of our Humpback Dolphins, hoping that we’d get a couple of views of the baby if they were still in our bay. We were in luck, with us spotting the group on the way to Slashfin. The dolphins were sticking very close to shore, but we spent some time watching them ride the waves, waiting in anticipation for the animals to surface.

After doing some dolphin watching, we made our way towards the shark cage diving boats, waiting patiently for a chance to see one of these cartilaginous creatures pop up. Activity seemed to be quite slow, but we got a quick glimpse of a Copper Shark who came up to investigate the boat.

We then travelled over to Pearly Beach where we were lucky to spot the spout of a whale. This was a single Southern Right, who, on closer inspection looks to be a sub adult animal. She was a real beauty, with grey and white patches all over her back. These whales are generally identified using the patches on their heads, but she is definitely distinctive enough even without it.

When we first stopped, she was hanging out between the kelp but soon developed a keen interest in what we were doing. She slowly ambled over to the oat and spent the next 10 minutes giving us a show, moving right in front of the bow and then turning on her side to get a better look at us humans above the water. She seemed to be as taken with us as we were with her, and this made for memories that will last a lifetime.

We finished off our tour by cruising by our Cape Fur Seal colony and spotting some penguins on Dyer Island before making our way back to The Great White House for some piping hot soup. 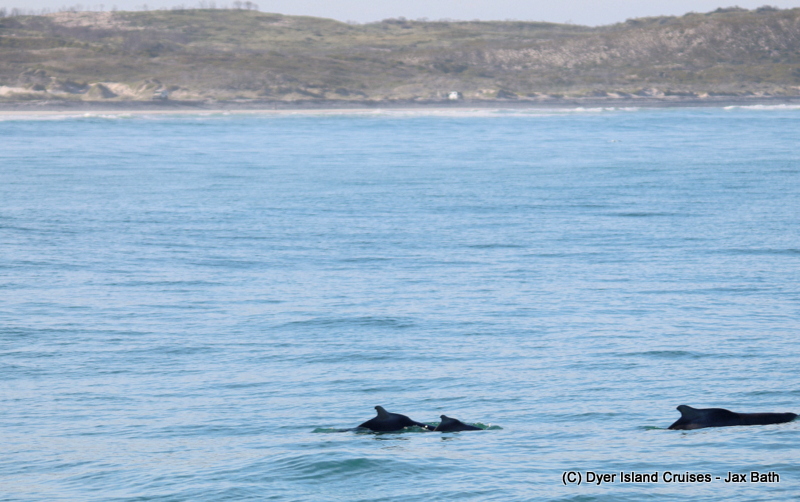 Our Humpback Dolphin family travelling along. 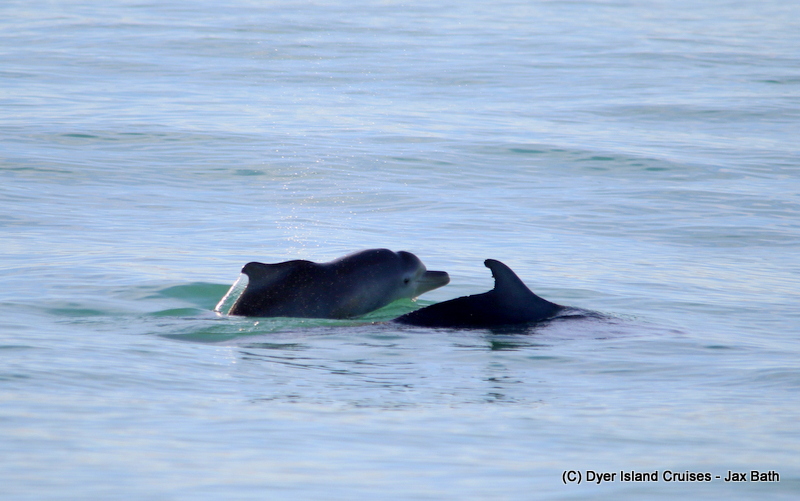 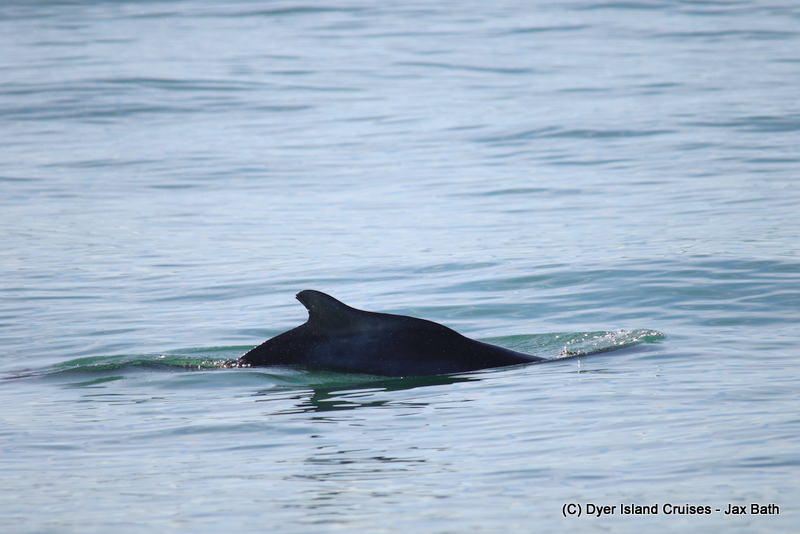 These dolphins were travelling very close to shore, but we were able to get a few close views. 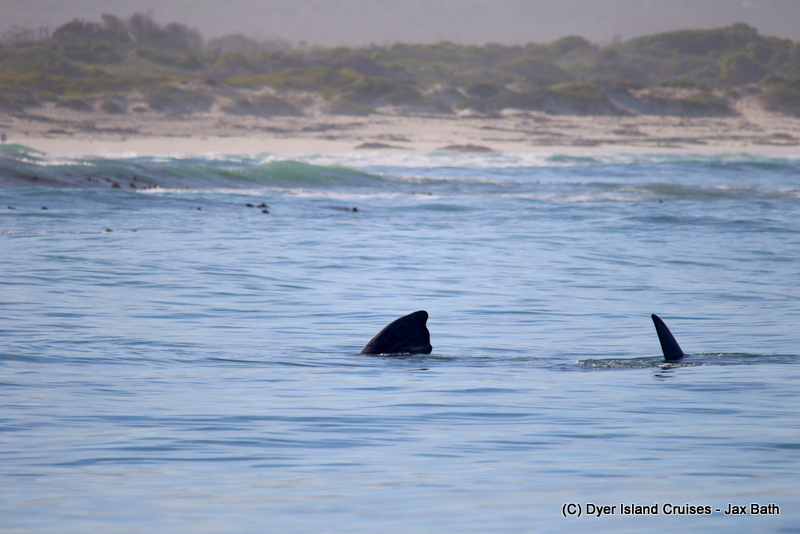 We found a Southern Right Whale in the shallows of Pearly Beach today, the first of the season here. 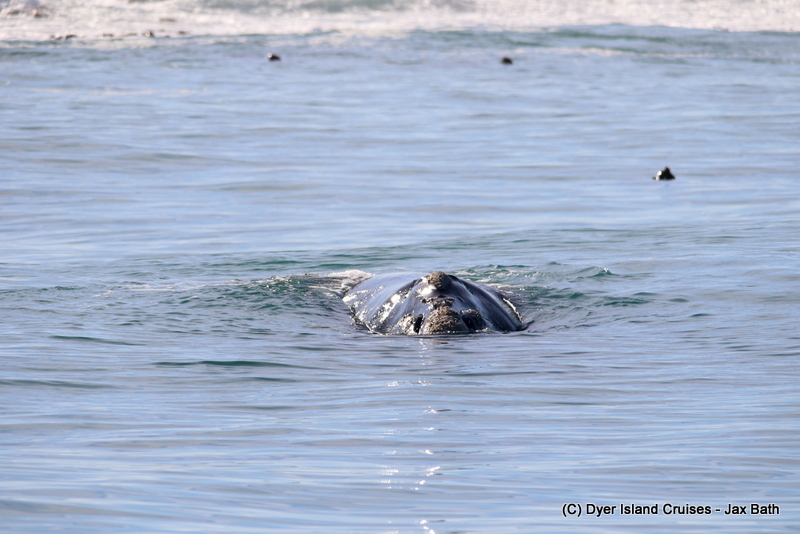 After some time, the whale begin to approach us. 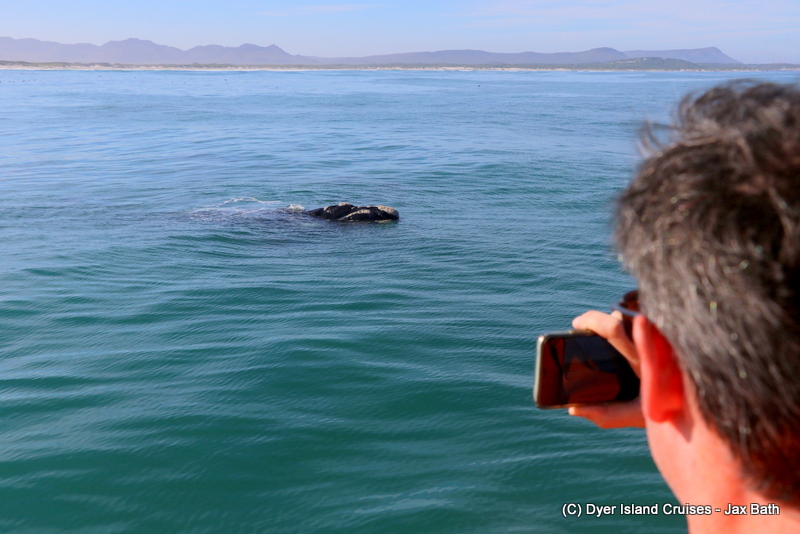 This whale was super calm and curious, edging her way closer. 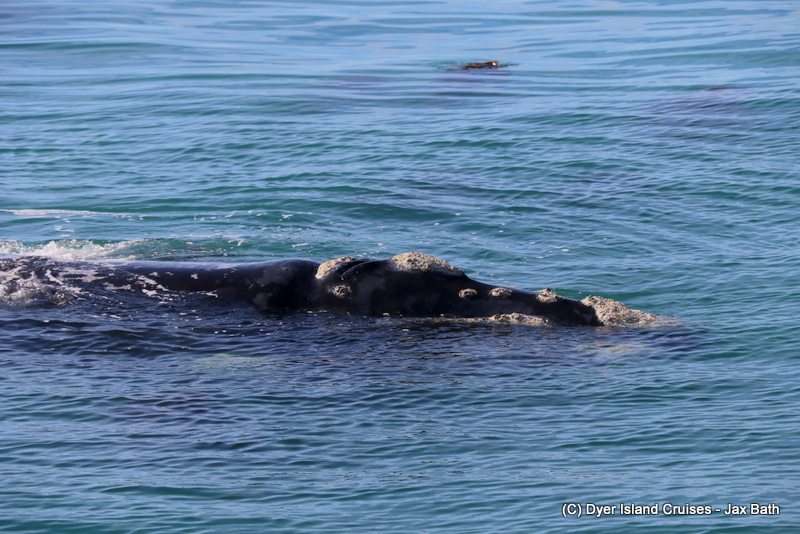 She was not fully grown, so we believe her to be a few years old. 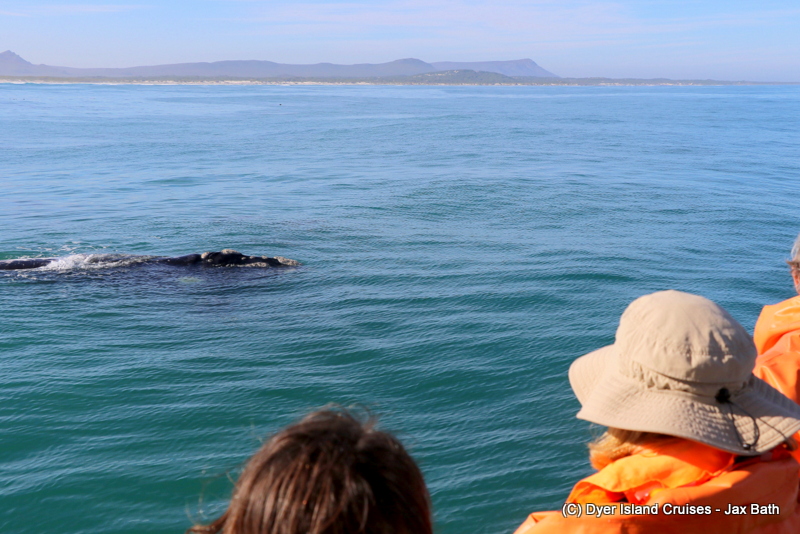 We were all enthralled when she came in for a closer look! 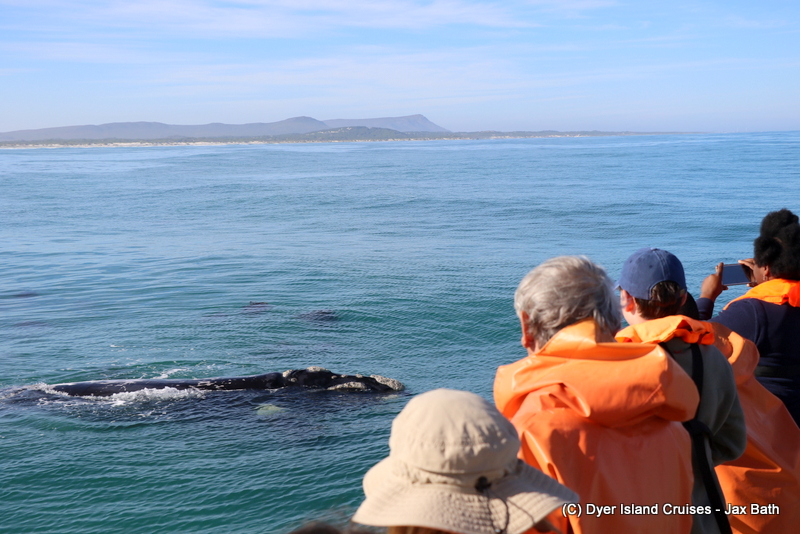 Right Whales are very curious by nature, and when they feel comfortable they will sometimes check us out.

Here you can see the beautiful grey markings on her back. Grey markings like this are only found on females, although white patches on the back may be found on males too. 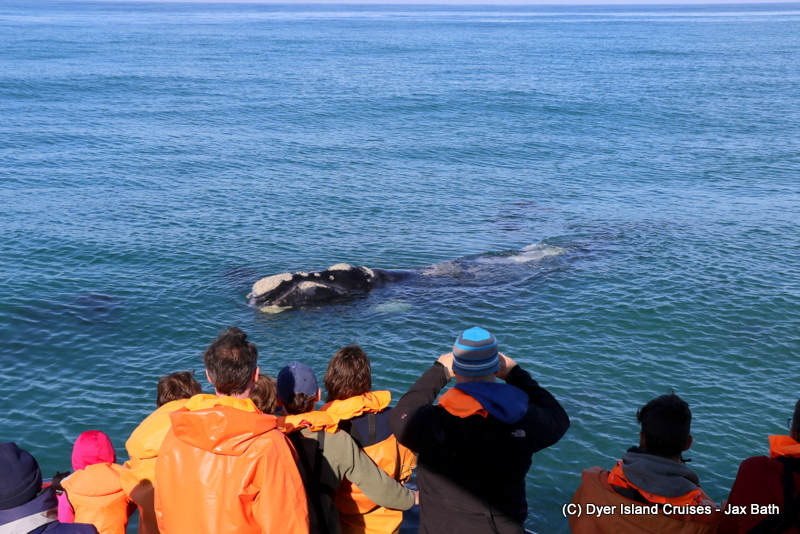 She came right around the bow of the boat, hanging out there for a bit before doing something really special. 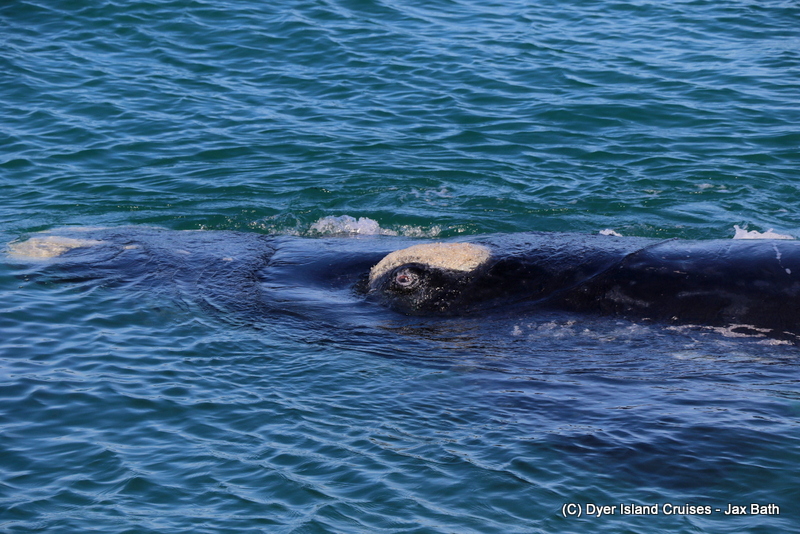 This beautiful girl turned on her back and looked at us. 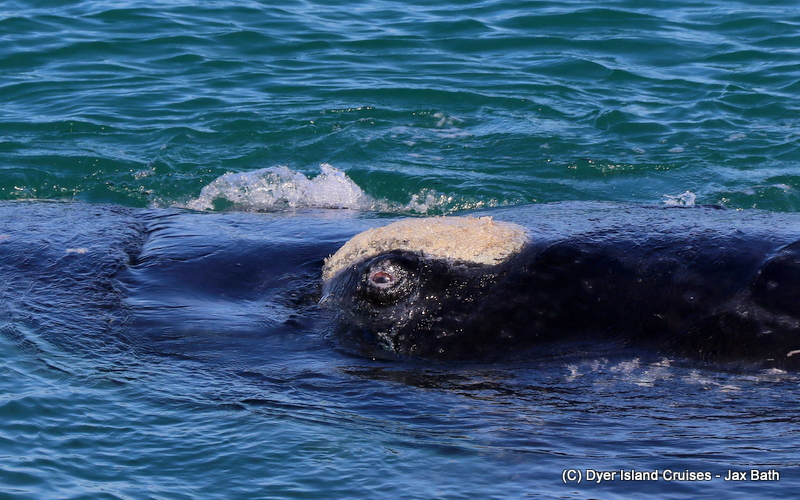 A closer look at her eye. 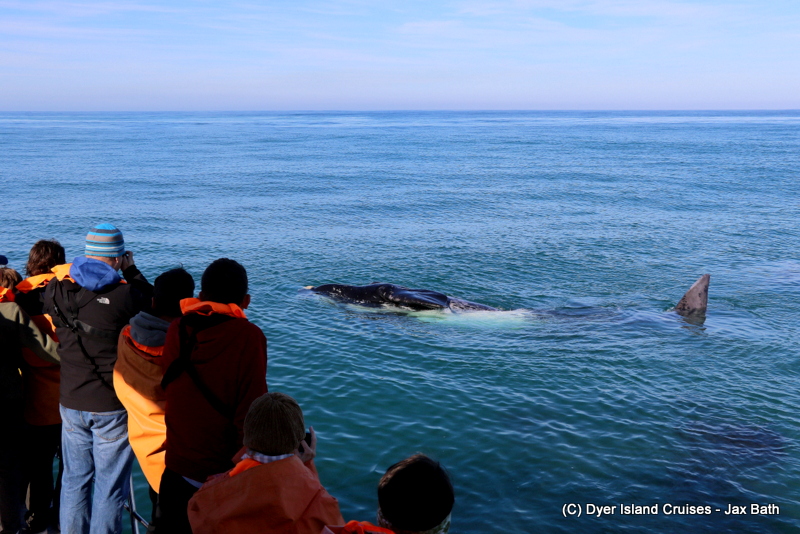 She turned on her side and had a look at us before rolling around, showing off her white belly. 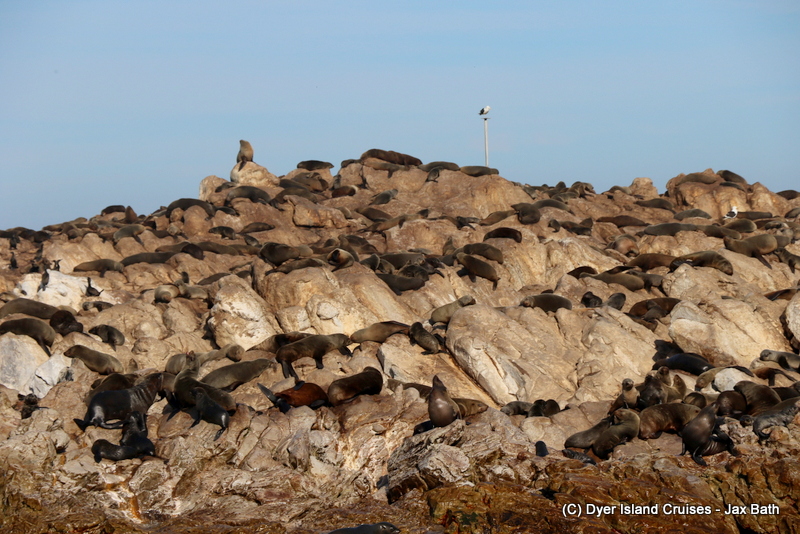 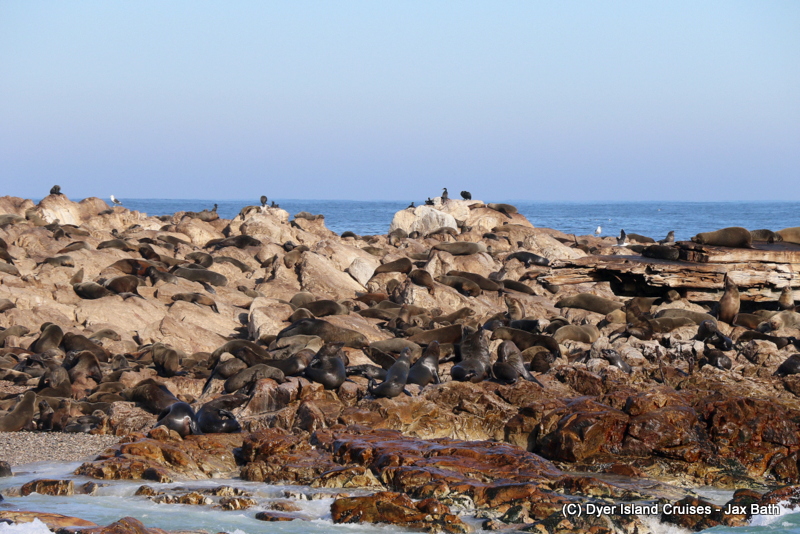 The island was choc-o-bloc today, with seals enjoying the sun and having a sleep. 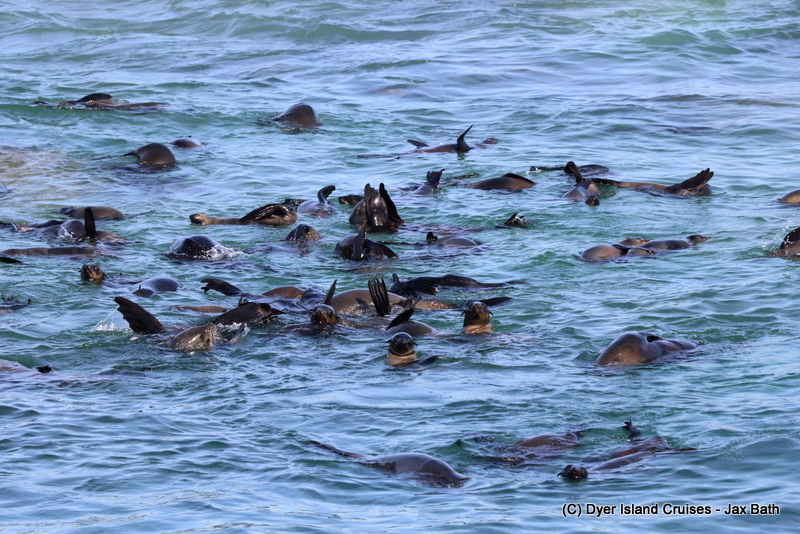 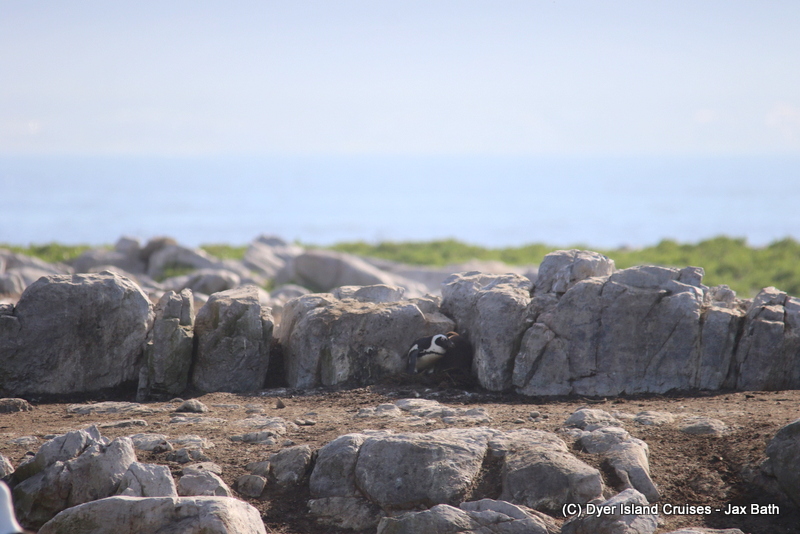 An African Penguin and her chick on Dyer Island.