After two days off the ocean, we were eager to set out and see what was in store for us. We launched at around 10am and made our way along the shoreline to the shark cage diving boats to see if we could catch sight of one of these predators. We stopped at our sister company’s boat, Slashfin, and waited in anticipation for a view. The first shark moved just below the surface and we were able to see the silhouette. The second shark came up to investigate the boat a time or two, so we had some great photographic opportunities.

We then travelled over The Clyde reef system, picking up some kelp and talking about this fascinating seaweed before heading over towards Pearly Beach. Here, we had yet another sub adult Southern Right Whale. This whale was not the same one we saw a few days back, and its certainly interesting that we’ve been seeing so many young whales.  Although this whale was hanging out in the swell, we got to see him very nicely. The whale did some spy hopping, checking us out over the swell before blowing some bubbles.

African Penguins were the next spot of the day, with a couple of these flightless birds heading out on a fishing expedition. We also saw some Night Light Jellyfish here before making our way into Shark Alley. We found an entangled seal, which was pretty sad to see, but we will be keeping our eyes out to see if we can capture this poor pup and take the next off its neck. We also had lots of playful seals in the water, which were lovely to watch.

We finished off our tour with a school of fish bringing in some action. We spotted a Brydes Whale travelling along, and stayed in the area to get a couple of looks. Whilst waiting for the whale we had lots of African Penguins surface, waiting for their lunch. We also had 2 Shy Albatross and some terns giving away the presence of prey. The whale eventually surfaced again when we spotted the bait ball, with this gentle giant moving towards the food. After surfacing a few times, the whale took a dive and we made our way into port, hearts content. 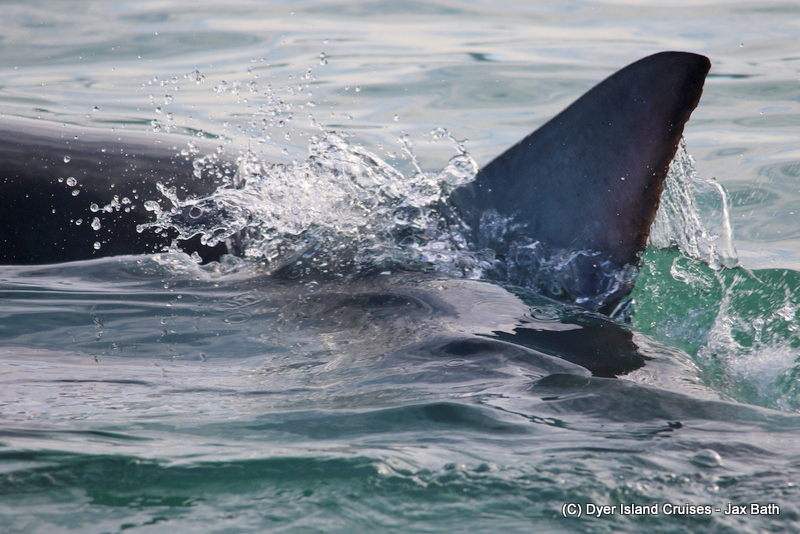 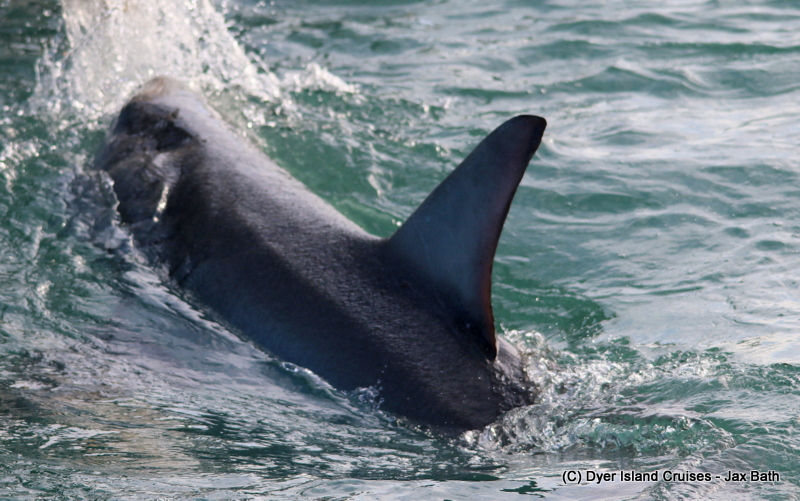 We had an active Great White Shark around Slashfin today. 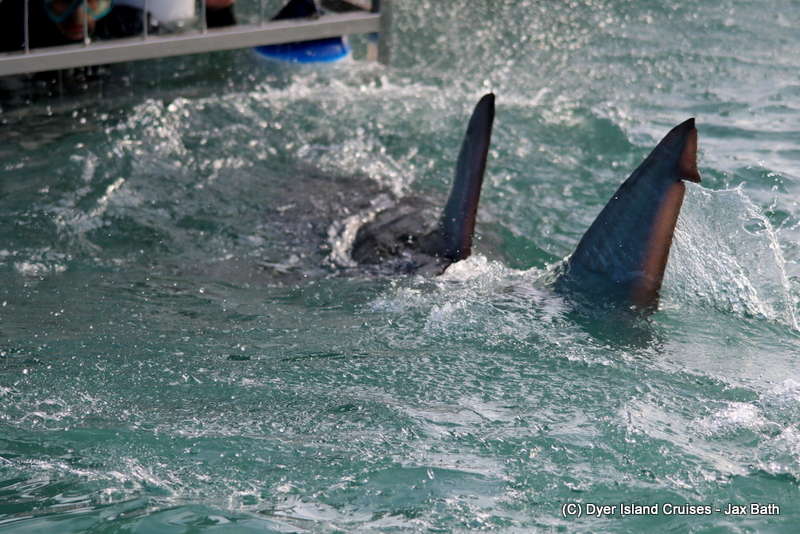 Here you can see the caudal fin sticking out behind the dorsal fin, which is often confused for two sharks. 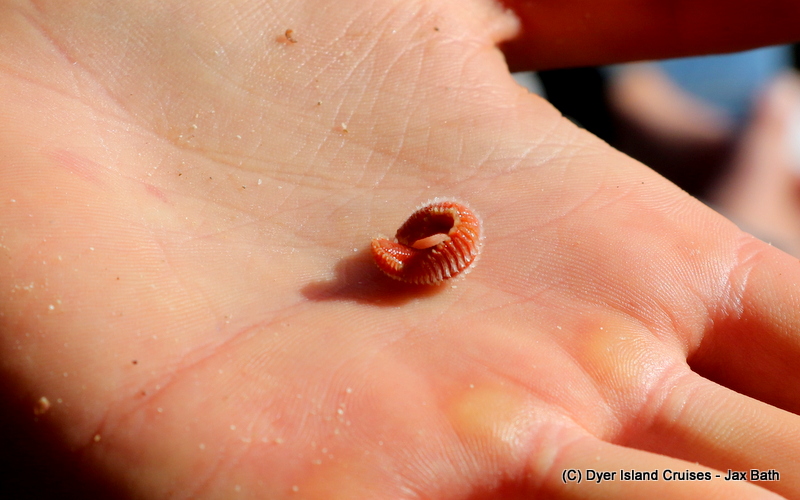 The unusual sight of a bristle worm that we picked up with some kelp. 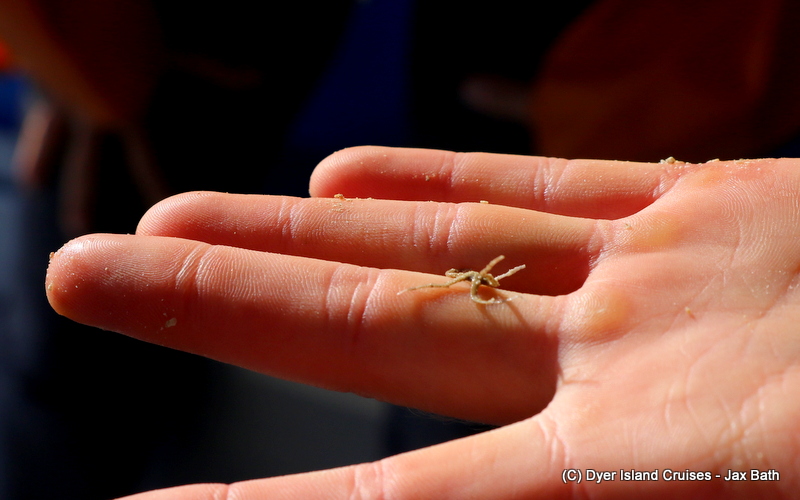 The holdfast also had a bristle star. 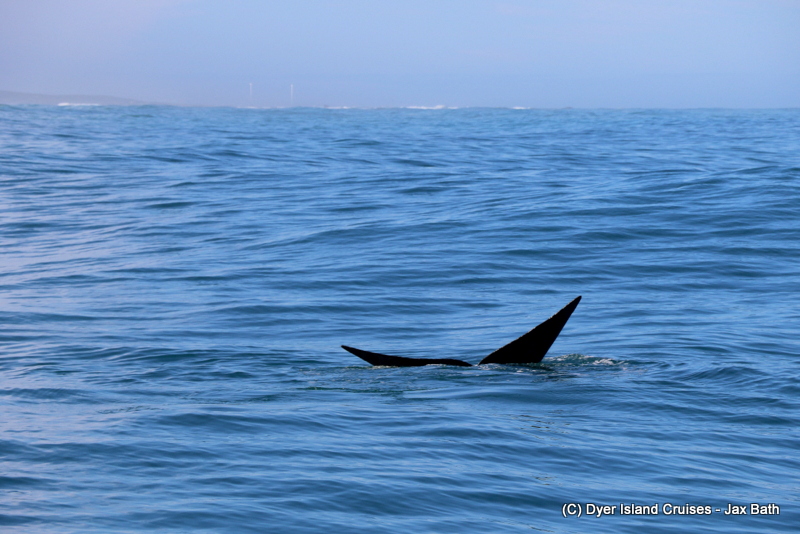 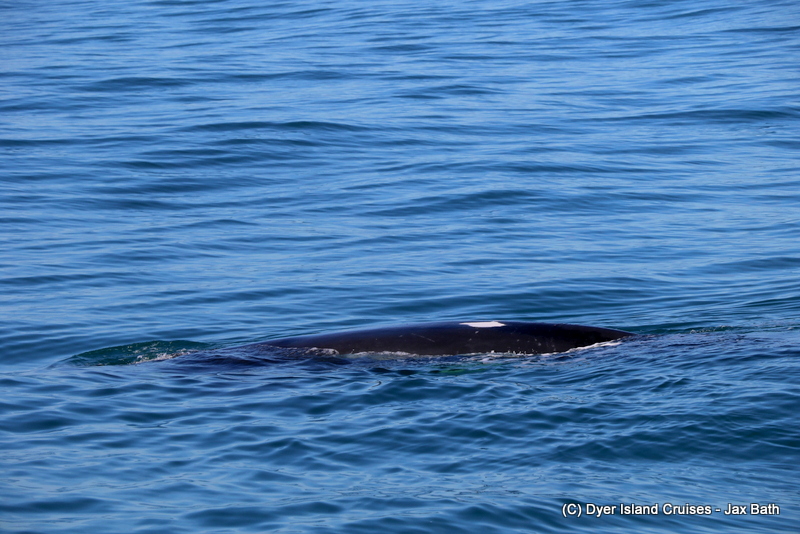 This whale had a white patch on its back, which can be seen on about 4% of the South African population. 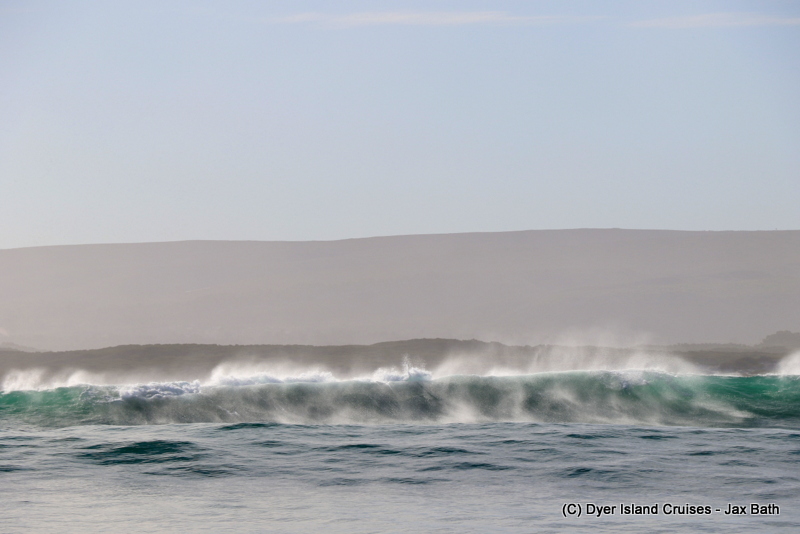 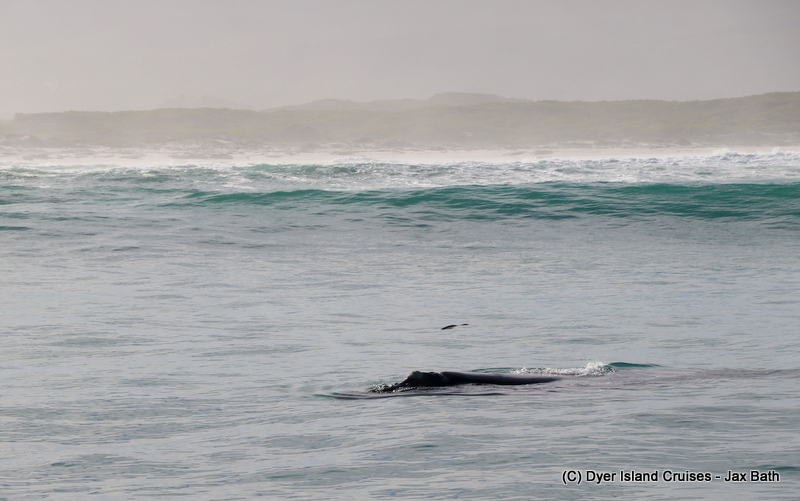 The Southern Right moving through the swell. 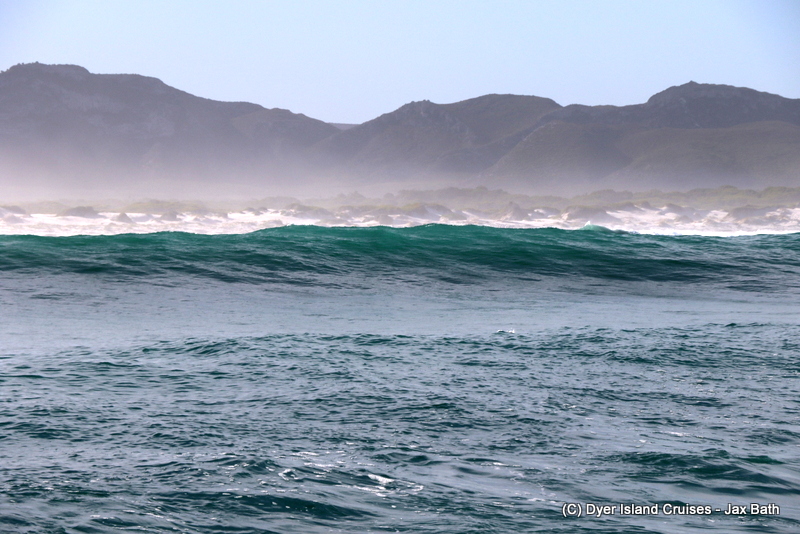 We had beautiful blue water today. 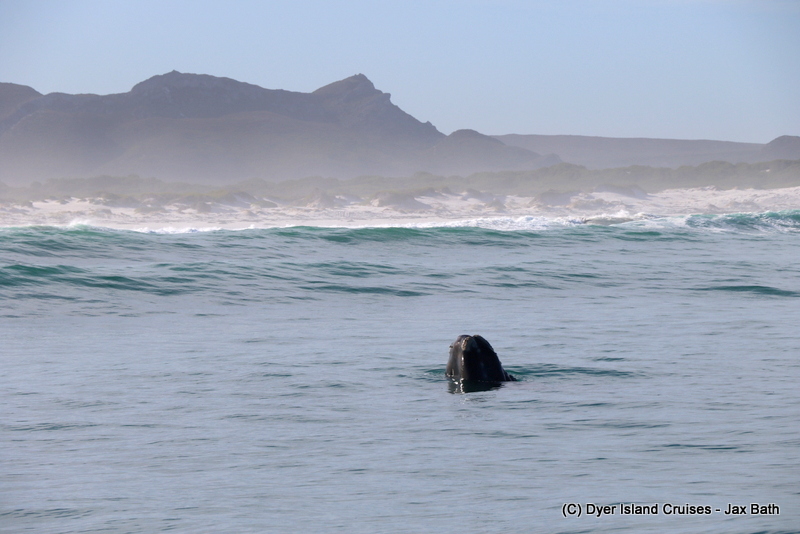 We were lucky to have the Southern Right do some spy hopping and some bubble blowing. 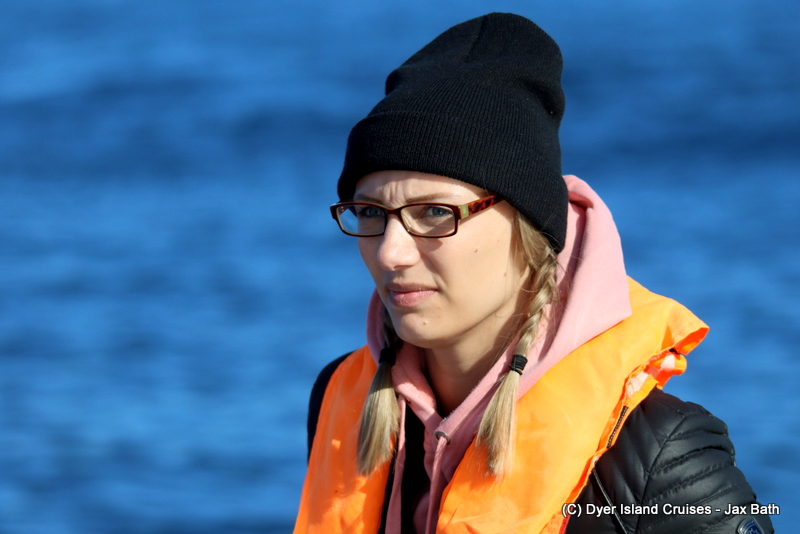 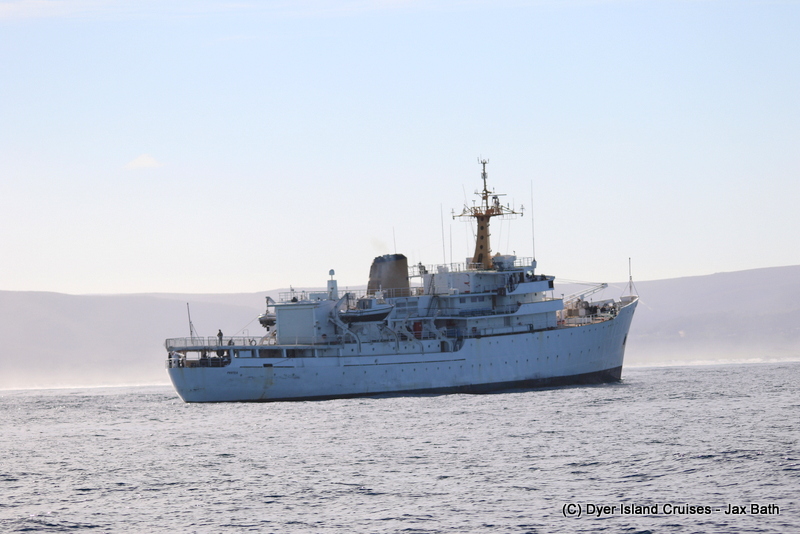 A surveyor ship moving through the area. 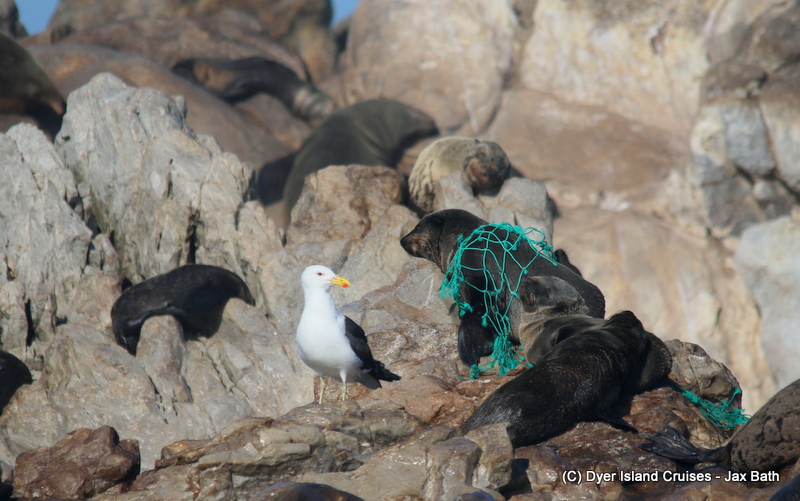 A poor little seal entangled in a net. 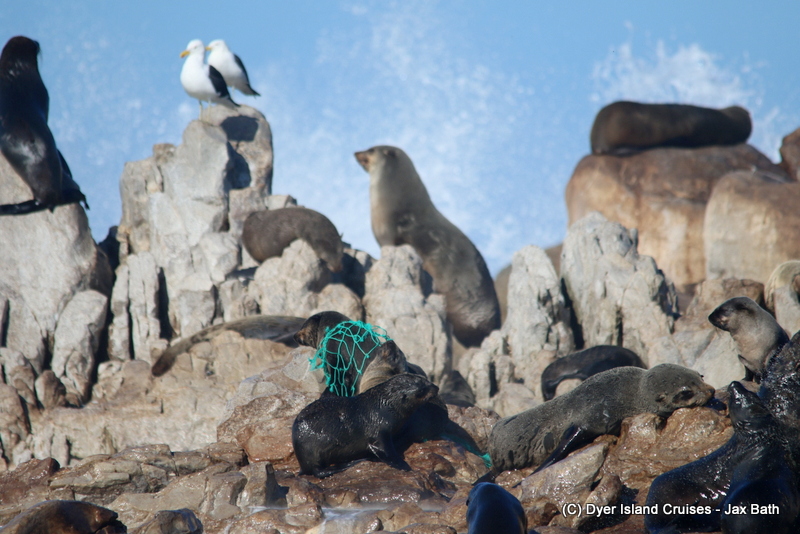 Sometimes, we can successfully cut these ropes off if we find the seals in the water. 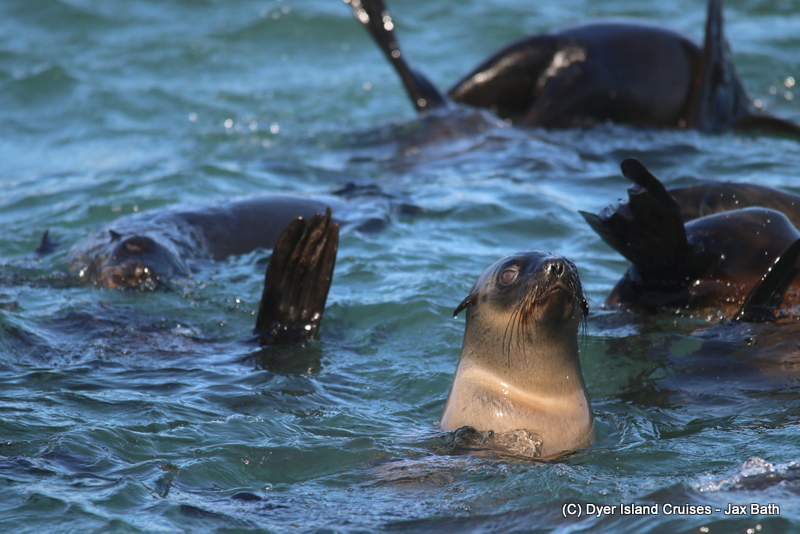 A seal wiping her face. 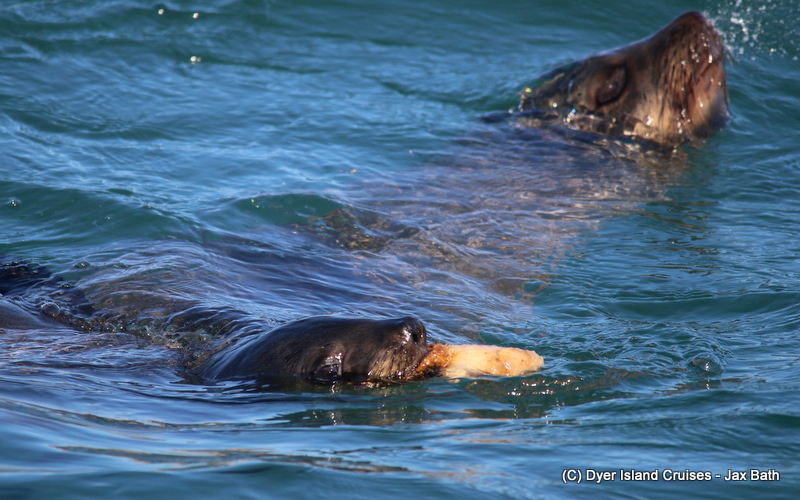 A seal playing with a sponge. 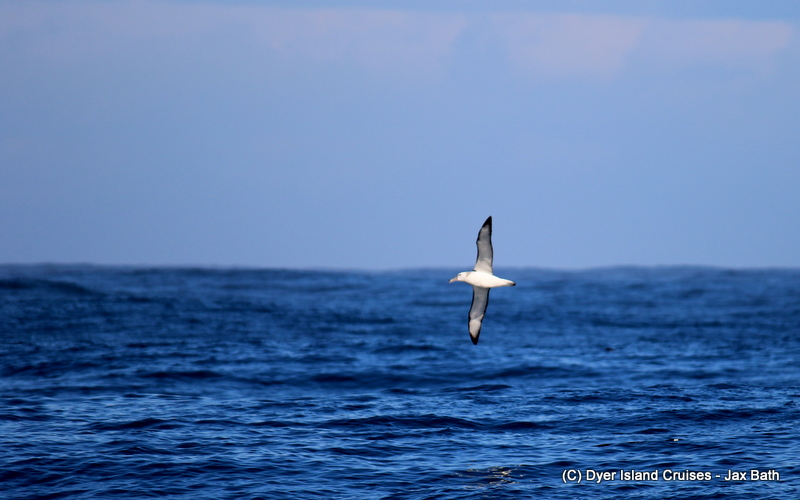 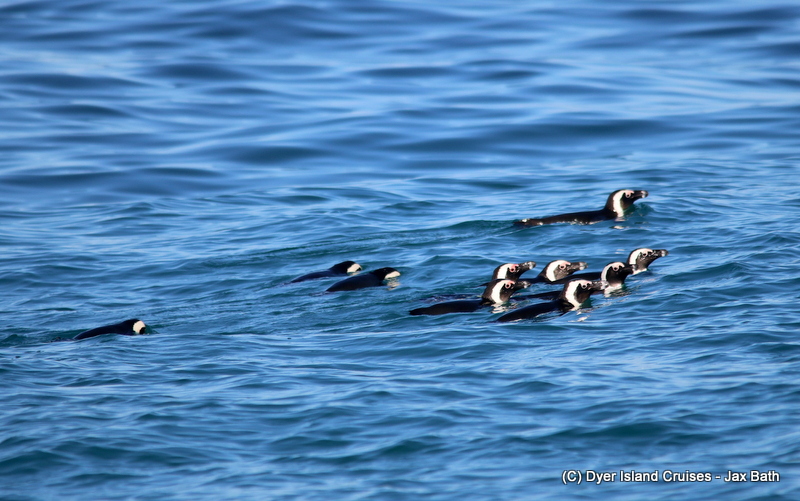 We had a school of fish moving through, which brought in some penguins, albatross, terns and a Brydes Whale. 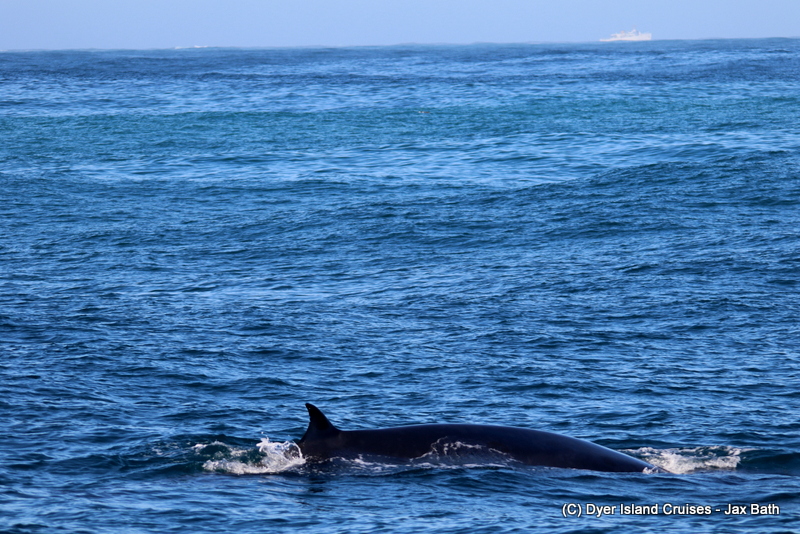 We got a nice view of the whale as he swam towards the fish. 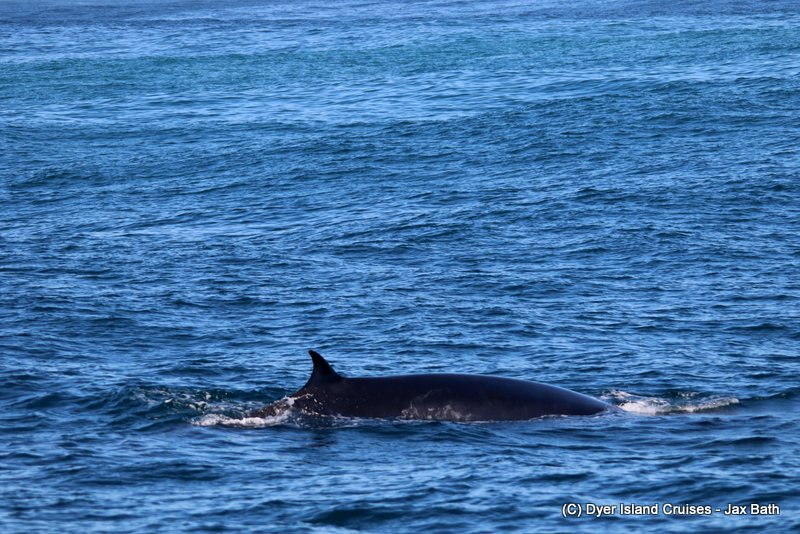 These whales can be secretive, so its great when you do get to see them.