Out of Kleinbaai harbour we took the usual rout along the coast and while driving past Die Gruis we spotted some ostriches along the beach which has been a first for us. Further down the coast we stopped at a shark cage diving boat and have been lucky to see a Bronze whaler shark breaking the surface wit its dorsal fin.  Out in the deeper water we encountered some African penguins, Swift terns and Giant petrels, which we were lucky to see around Dyer Island too. Now that the Cape Fur seal pups are two months old, they start swimming in the waters of Shark Alley and cooling off in the cold Atlantic water. Before heading back, we passed Dyer Island to see more of the Africa penguin and all the other birds living on the island as well. 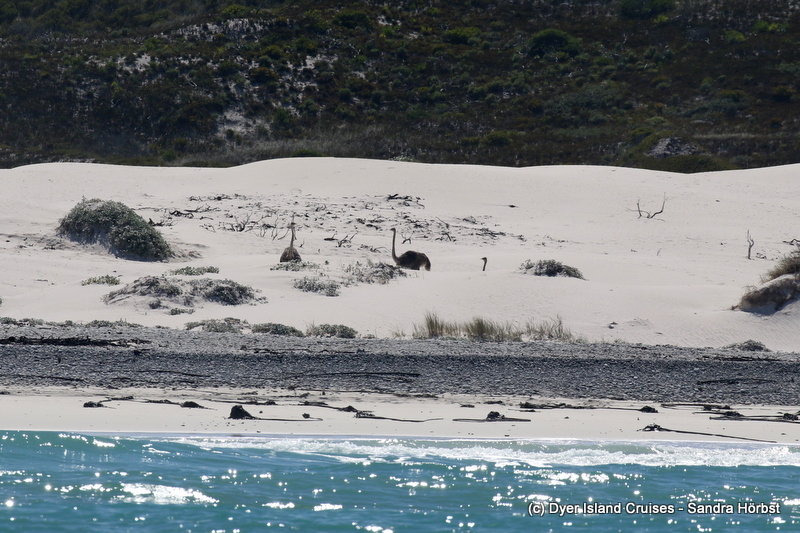