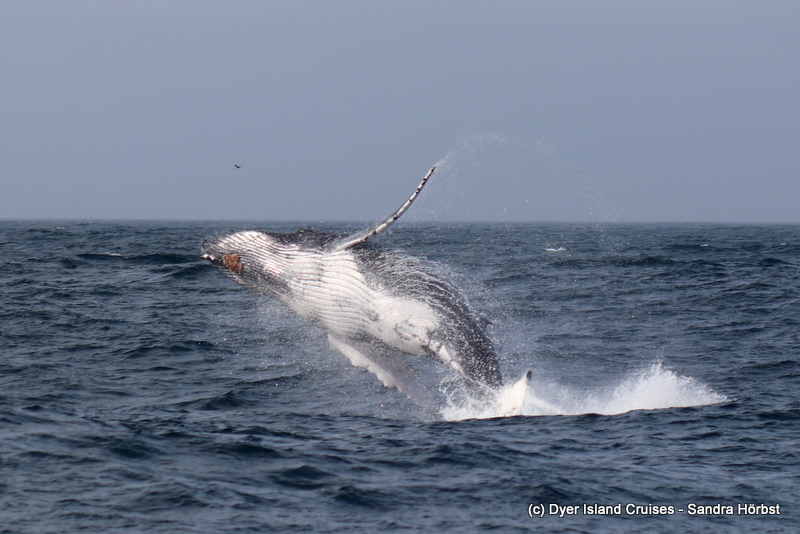 Although it has been overcast and a chilly morning, we had a fantastic time at sea. Our tour started off with two Indian Ocean humpback dolphins close to Uilenkraalsmond, travelling in shallow waters along the coast. Out in deeper waters it has been quiet so we made a stop at Dyer Island to see Cape cormorants and African penguins. After having passed the Cape Fur seal colony and had a closer look at some Giant petrels we went once again into deeper water but this time towards Danger Point and were lucky to encounter a Bryde’s whale. Further along and on our way to the harbour we came across a raft of penguins and spotted a humpback whale. As we were about to leave some bigger splashes further out caught our attention and we were lucky to see another humpback whale breaching. What a great sighting! 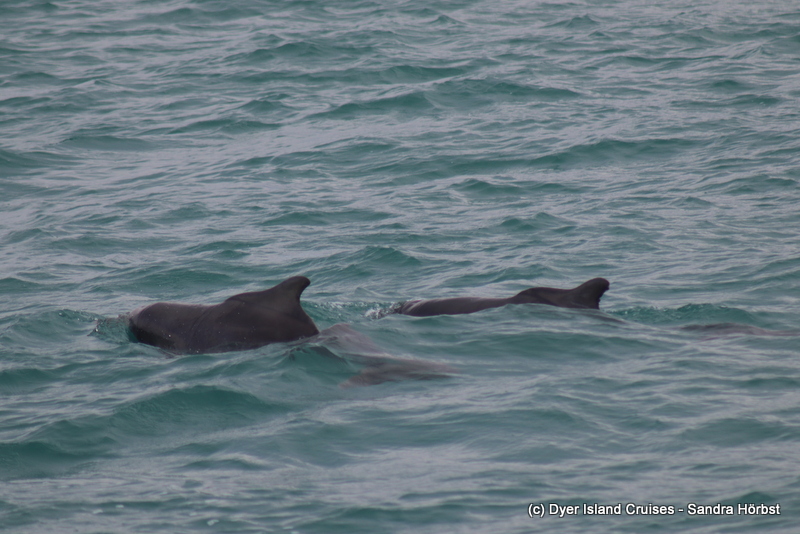 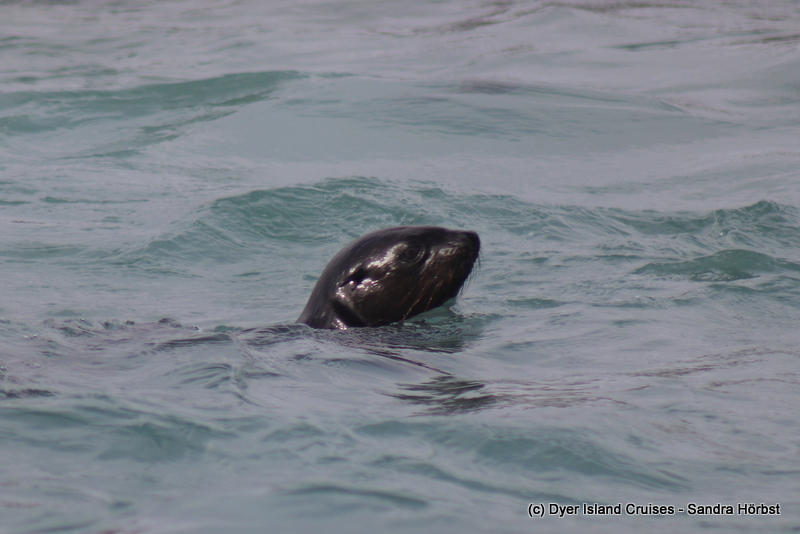 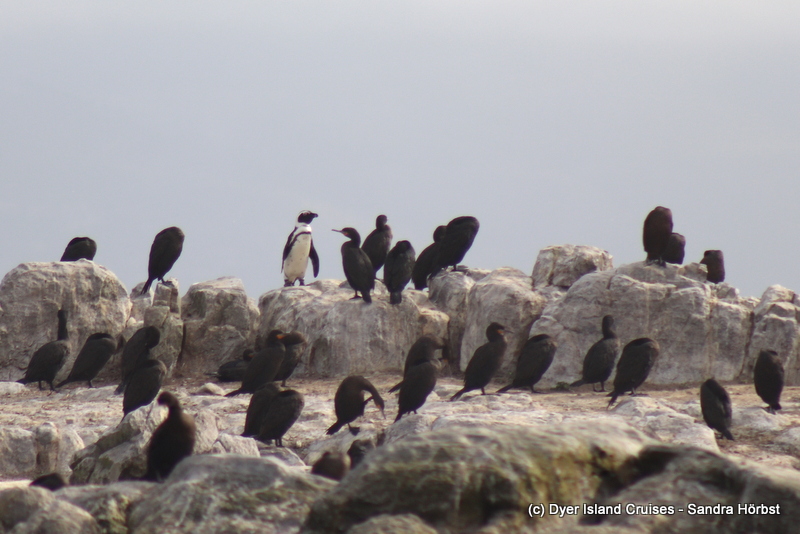 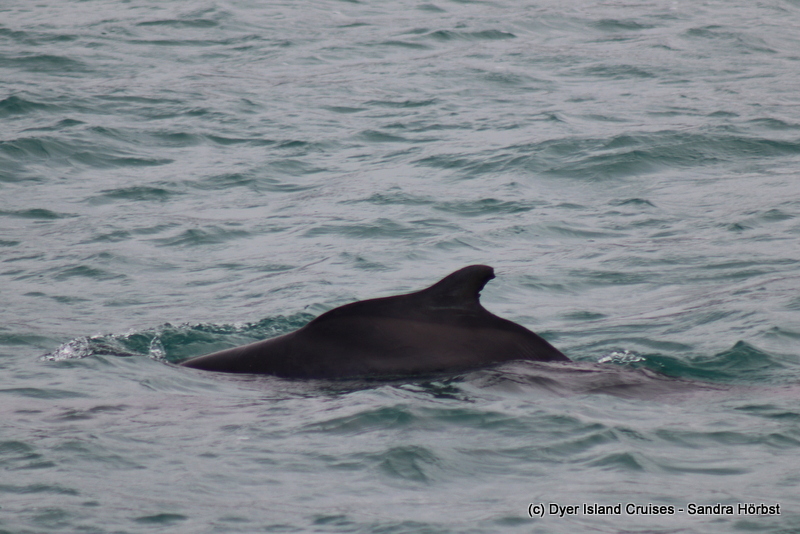 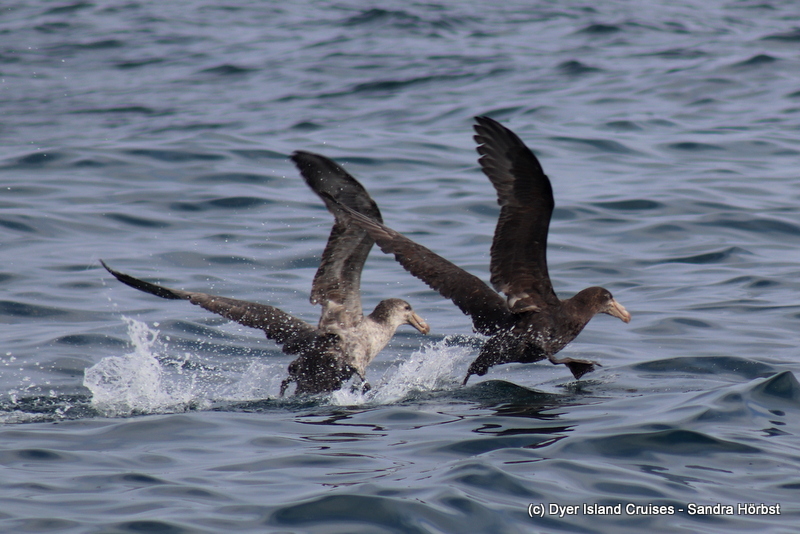 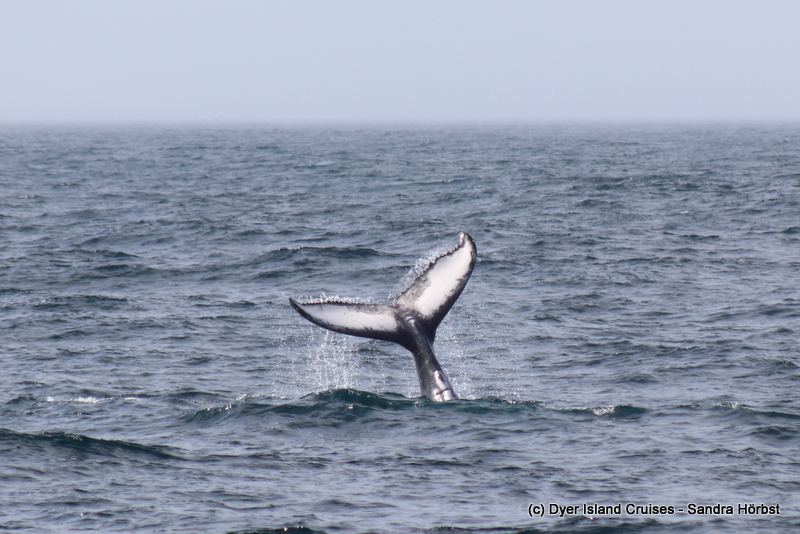 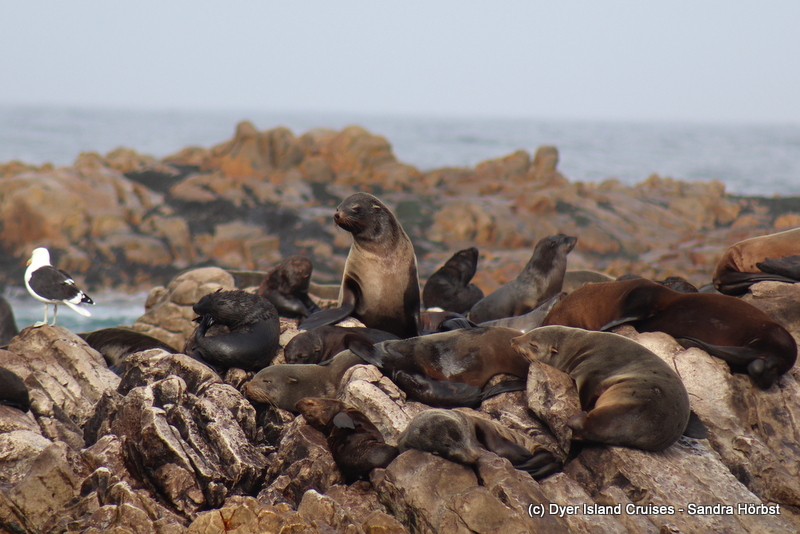 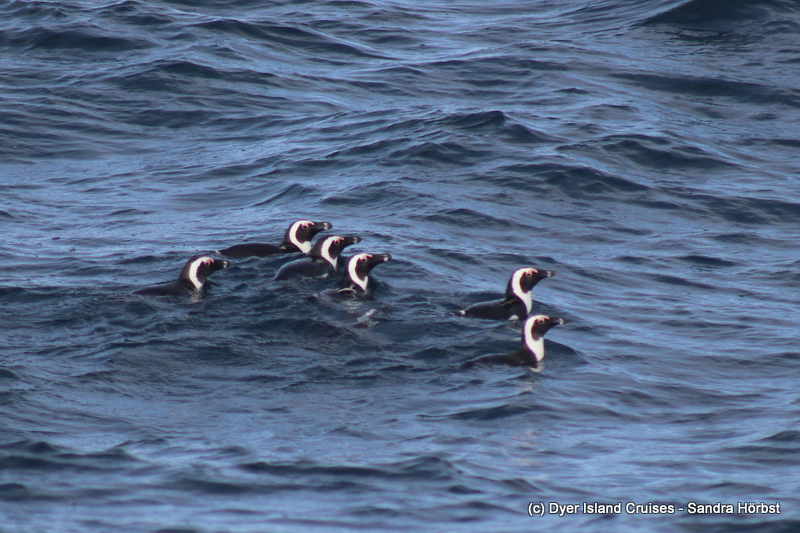