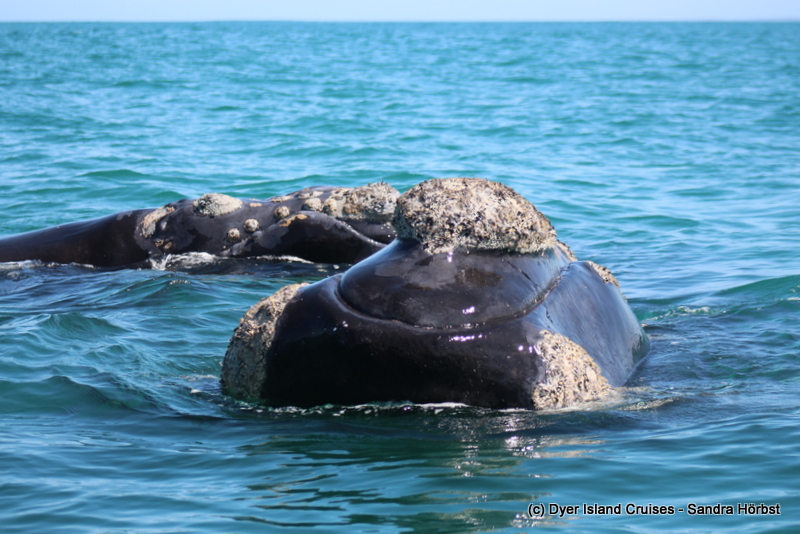 We had another wonderful day on board Whale Whisperer with lots of sunshine and marine life. After launching from Kleinbaai we were cruising along the coast past Uilenkraalmond where we made quick stop look at the hundreds of Cape cormorants passing by. Arrived in Pearly Beach we first saw two African penguins and then were heading closer to shore were Kira, our spotter, spotted some whale activity. But little did we know while approaching the whales that we will encounter a very inquisitive and playful calf. The calf was waving with its flipper and came close to our boat to have a better look at us before following its mom into the middle of the bay. We also had a glimpse of a whale breaching twice further out in the bay. What a great encounter we had with these gentle giants. But before heading back home to Kleinbaai we passed the Cape Fur seal colony on Geyser Rock and stopped by Dyer Island to see more African penguins and other bird species inhabiting the island. 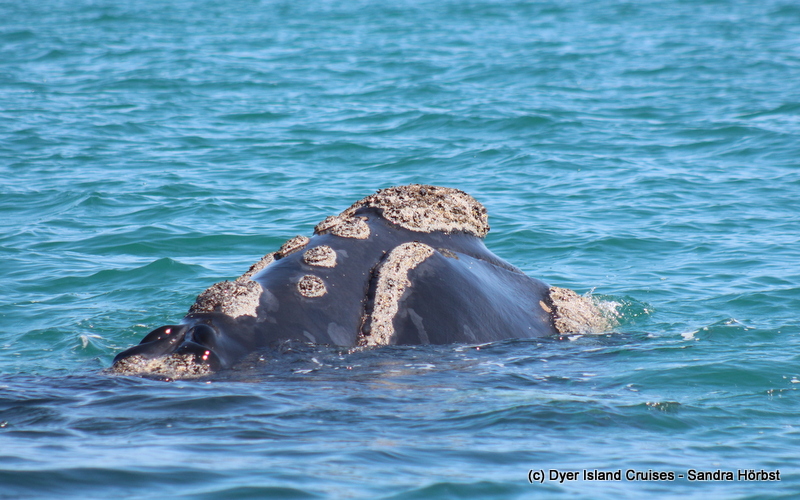 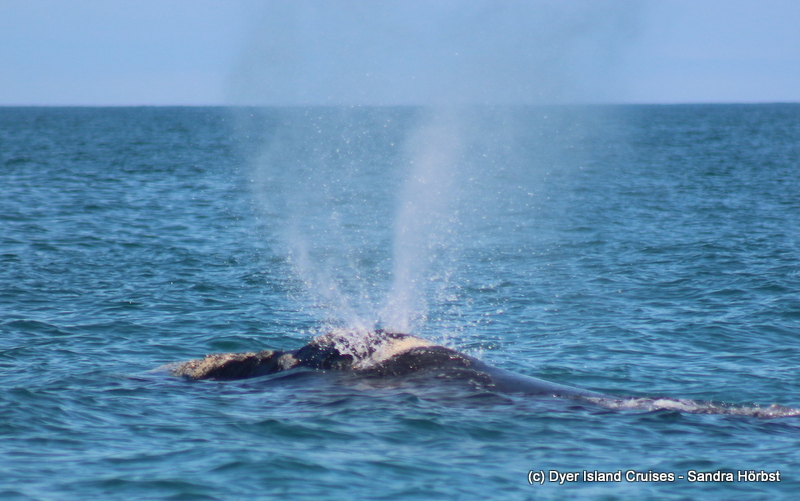 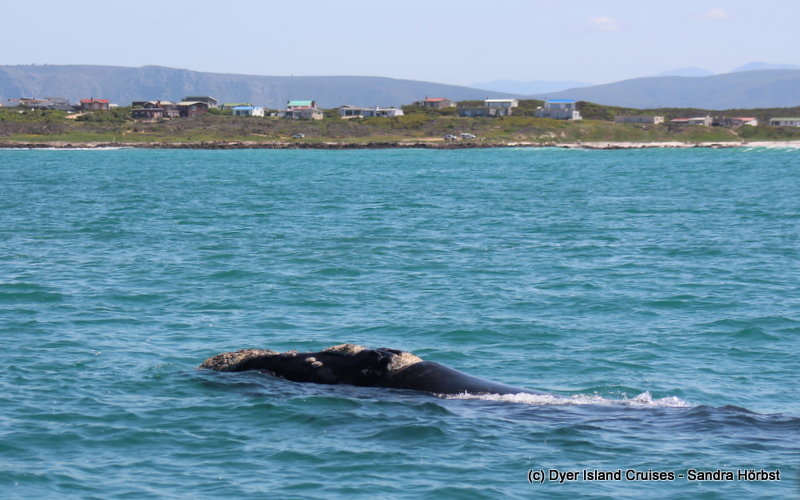 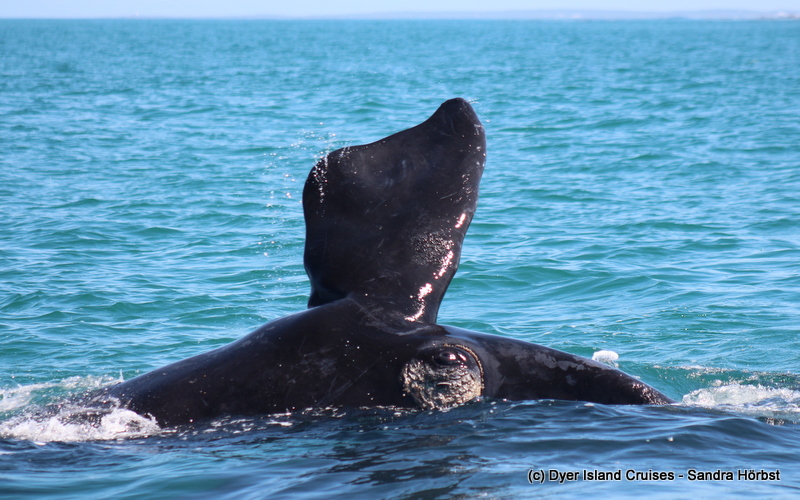 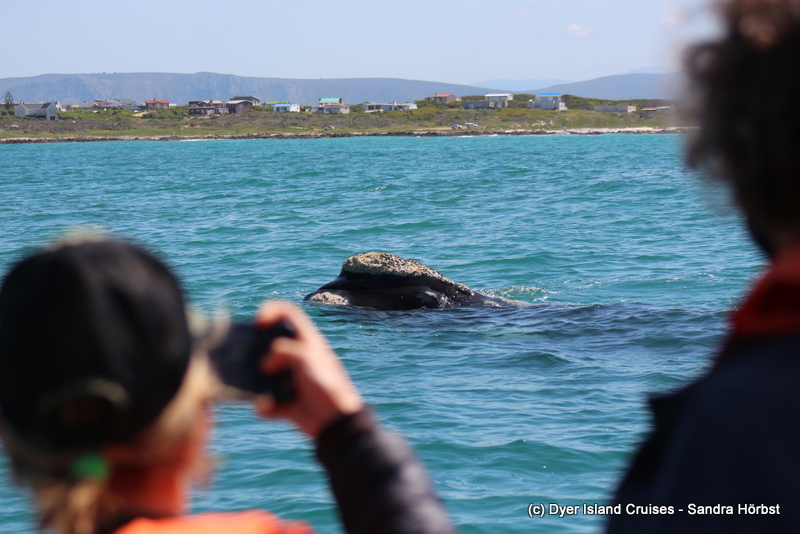 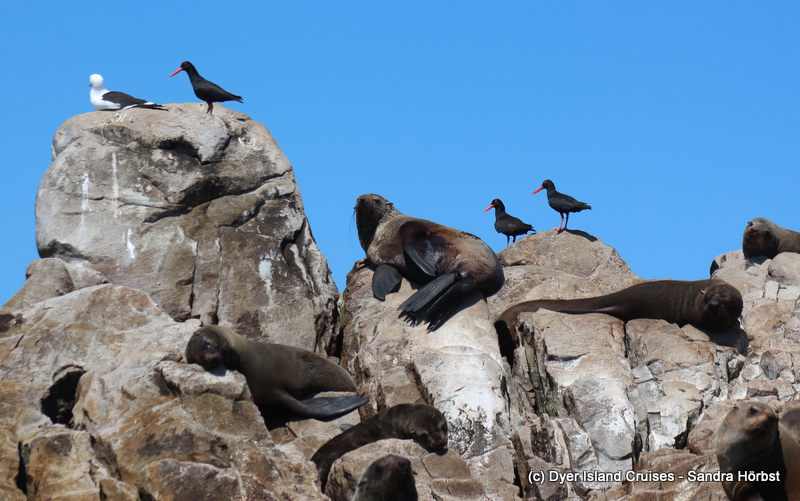 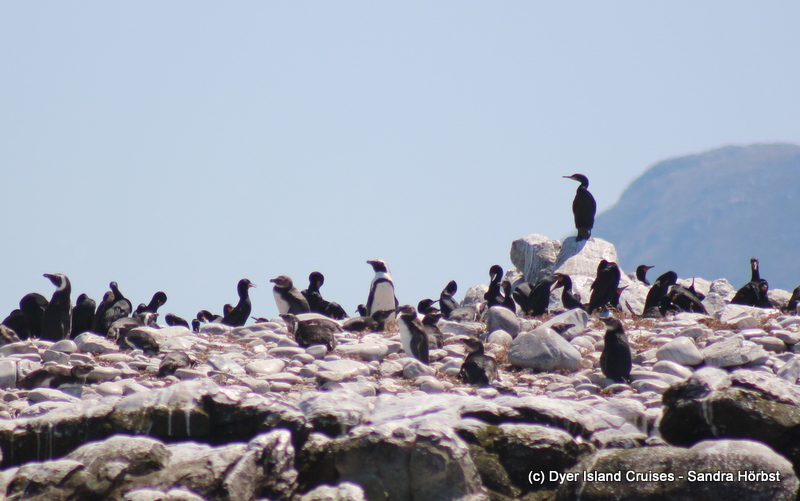