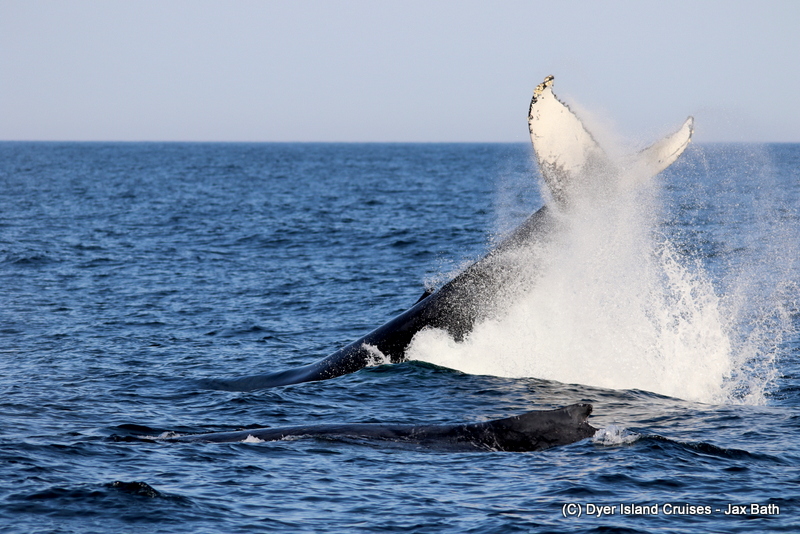 Our oceanic animals were out in full force today with great sightings of all of our favourite species. The full moon is still playing with our tides, so we set out from Gansbaai once again, making our way around the infamous Danger Point before spotting a blow. To our absolute delight, a tail was the next thing out the water, with a Humpback whale doing some tail throwing. As we approached, we found 2 Humpback Whales having some fun. One of the whales did a full breach out the water before plummeting back into the ocean, leaving us all breathless.

The whales were taking deeper dives, showing off their tails as they went down only to emerge with a dramatic lobtail or tail throw a few minutes later. We also got to see some flipper action, with one of the whales extending its long flippers out the water as it rolled around. Eventually, the whale also began lob tailing on its back, which made for a fascinating sight. Whilst watching these gentle giants. We also got to watch a Shy Albatross and a Yellow Nosed Albatross soar by. After all this excitement, we head onwards towards Shark Alley to see our playful pinnipeds.

Moat of our seals were sunning themselves as we arrived, with only the bravest entering the cold waters of the Atlantic. We watched as they fought and walked and swam before stopping in Sponge Bay to do some penguin watching. We had a few spots where the penguins could be found camouflaging between the guano covered rocks, including a mother and her chick!

Our next animal of the day was none other than a Great White Shark who swam just below our boat in The Shallows. The shark found as quite fascinating, coming in for a closer look before disappearing into the depths. Here, we also got to see a Copper Shark or two before looking for some dolphins.

We found the dolphins trying to catch something to eat for lunch, with them making fast movements through the swells and giving us a bit of a show. We watched as they chased the fish before dispersing. After finding all of our Marine Big 5, we head back to port with hearts content. 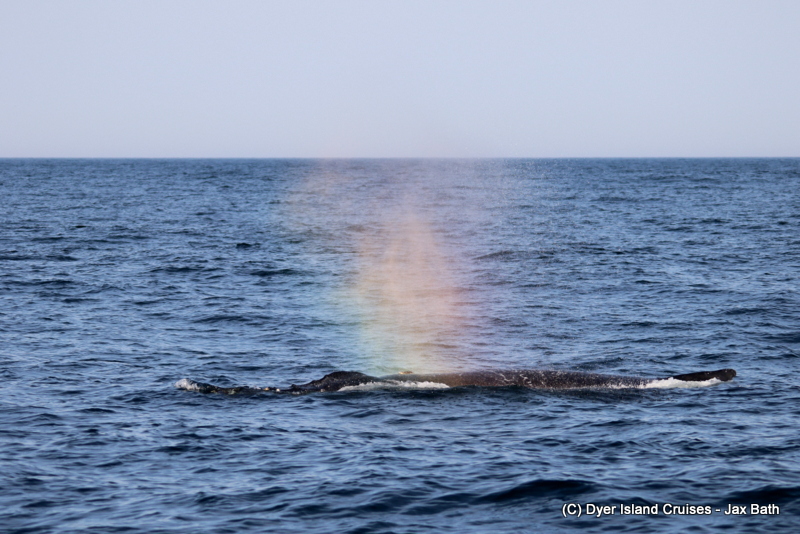 We caught up with these two Humpback Whales who were travelling off Danger Point. 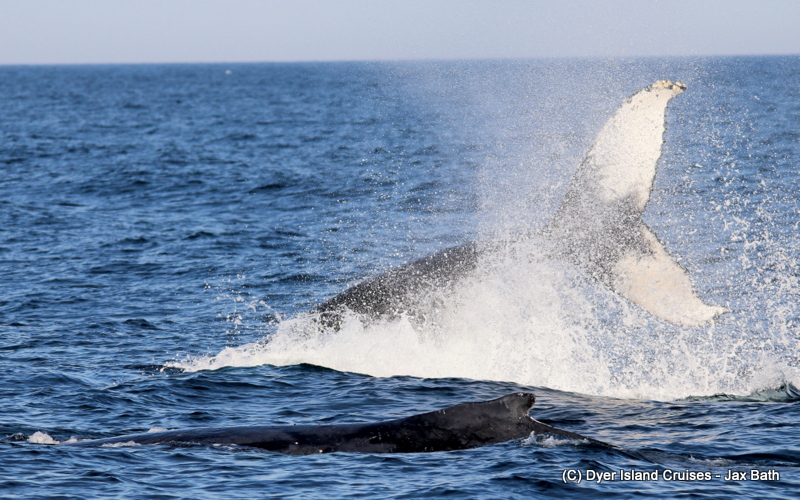 A Nice tail throw there. 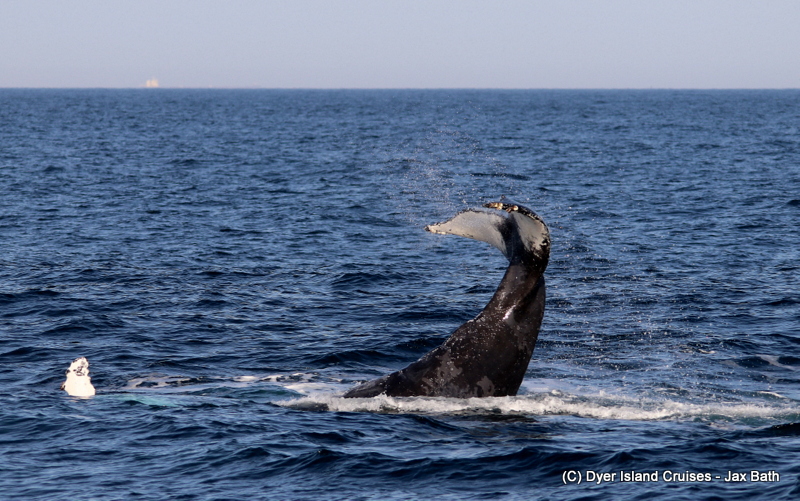 This whale is upside down, you can see one of the flippers sticking out, fairly unusual for us. 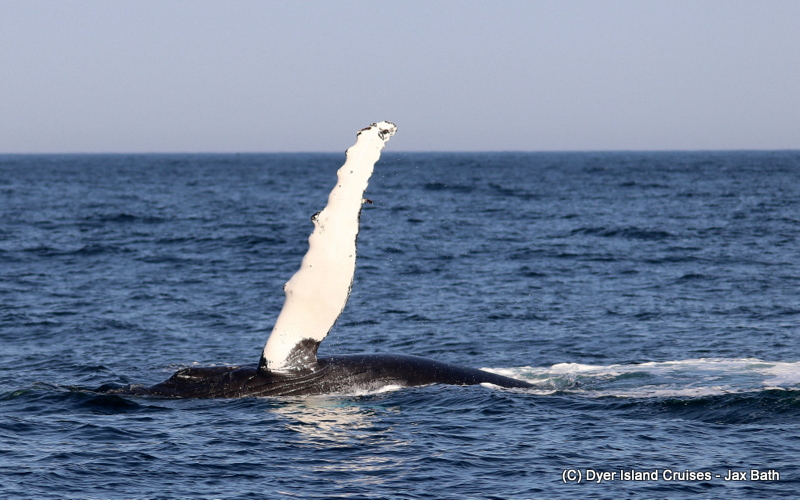 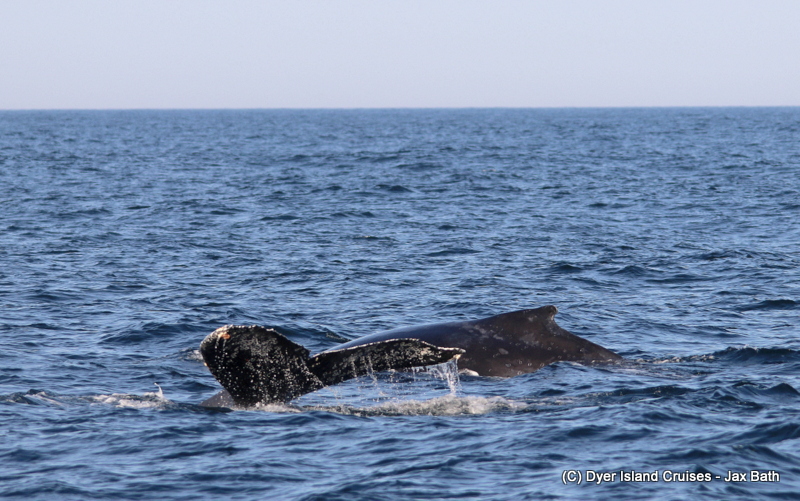 Taking a deeper dive, the white on the tail is barnacle scarring. 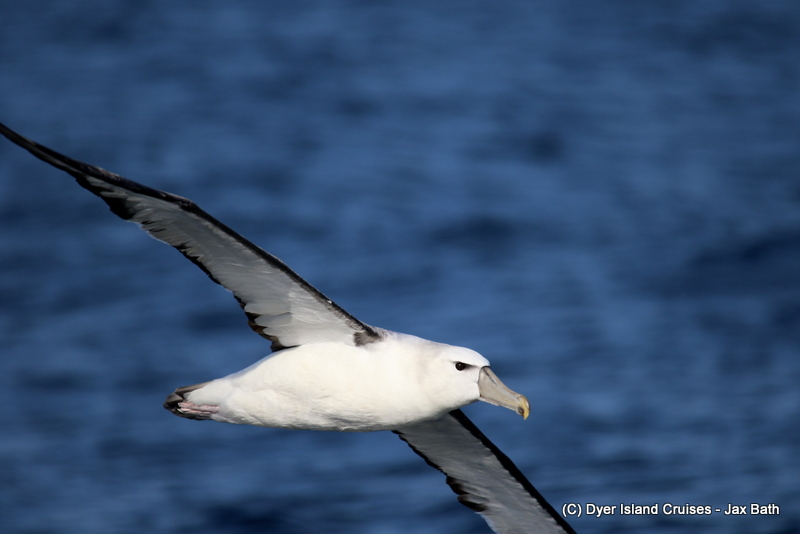 A close look at a Shy Albatross. 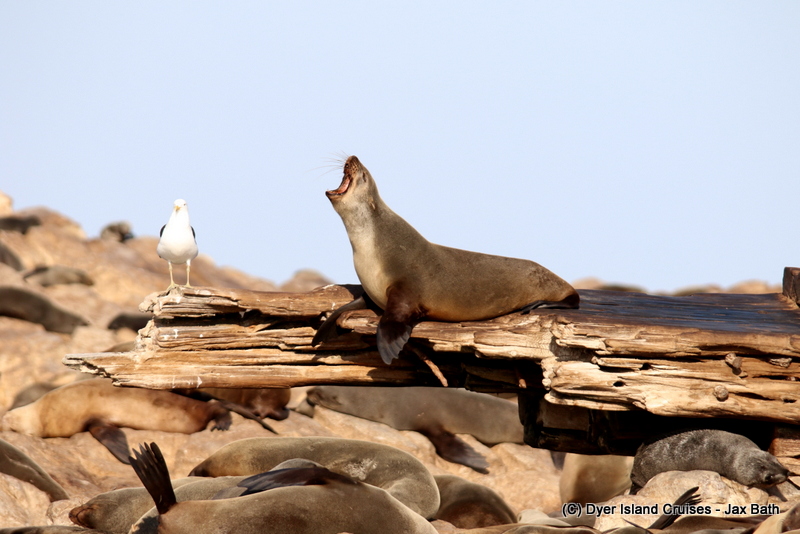 A seal giving a gull an ear fill. The gull is not impressed. 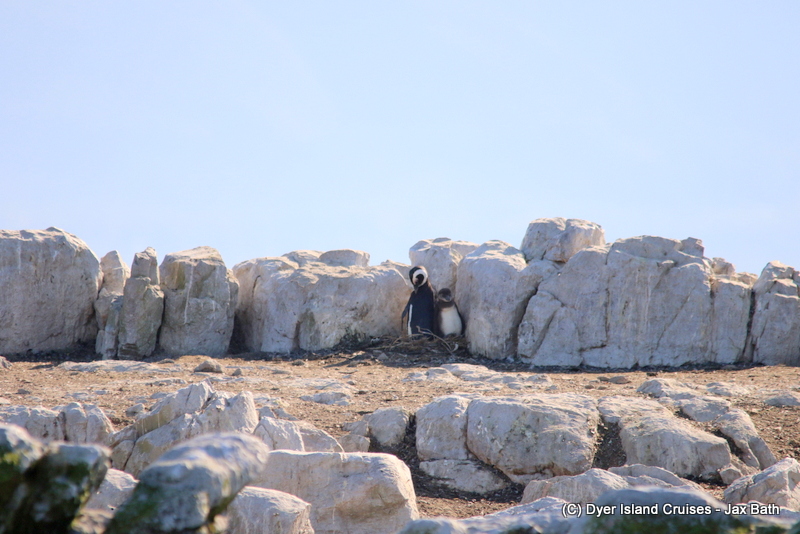 We’re so excited about this baby penguin, we’ve been watching this mom since they first built the nest. 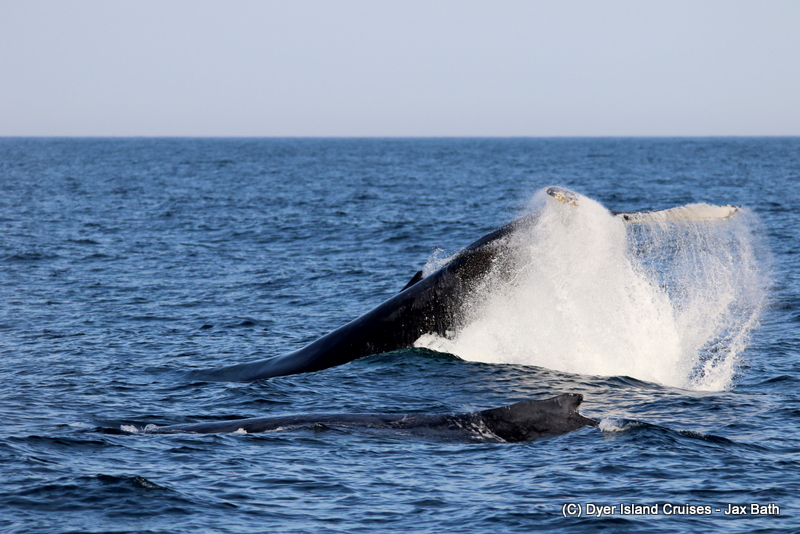 Humpbacks always look like they’re painting with the water as they lob tail, 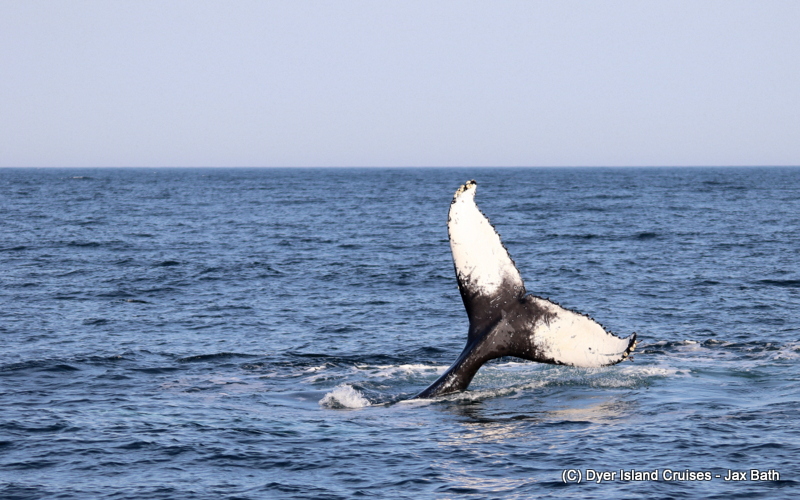 Look at this beautiful tail! 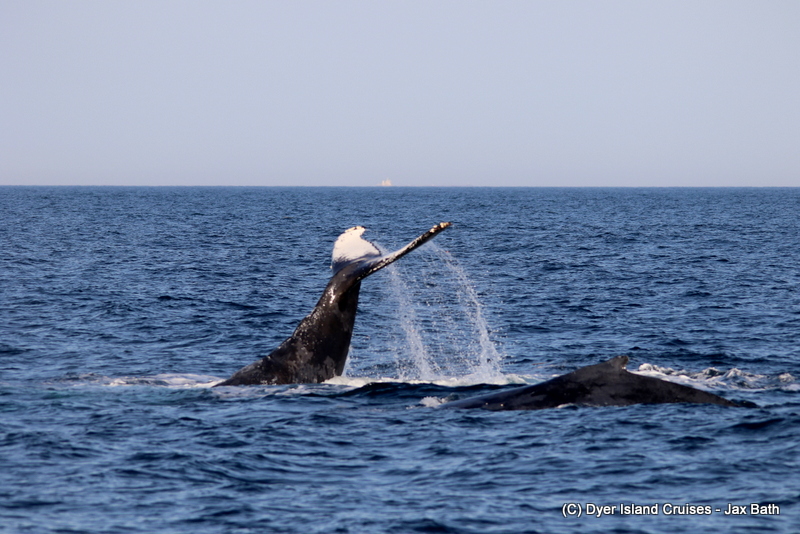 We had such beautiful displays from these whales. 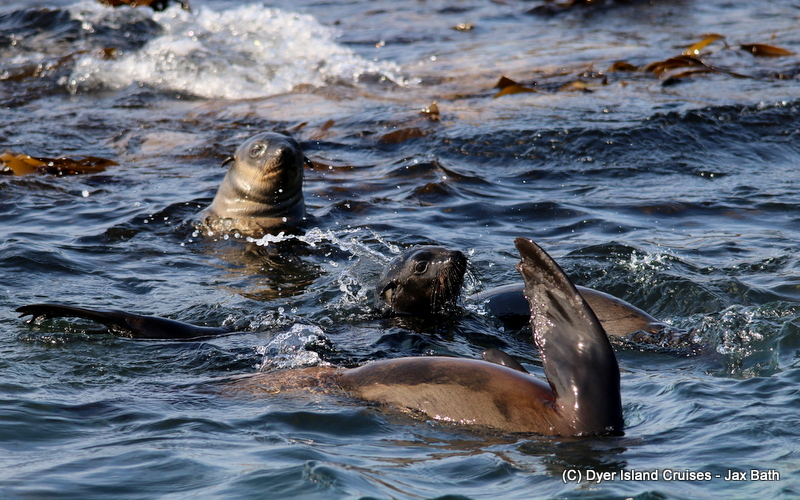 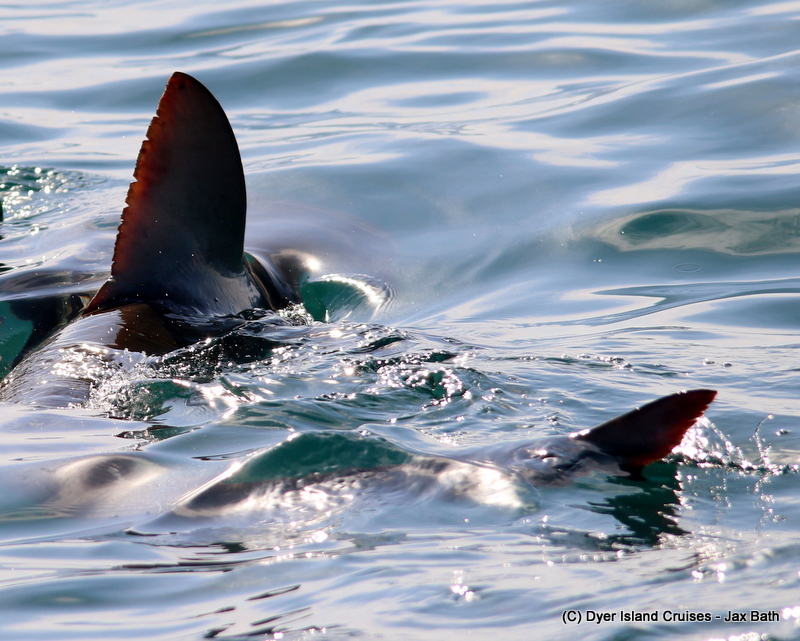 A Copper Shark surfacing in the sun. 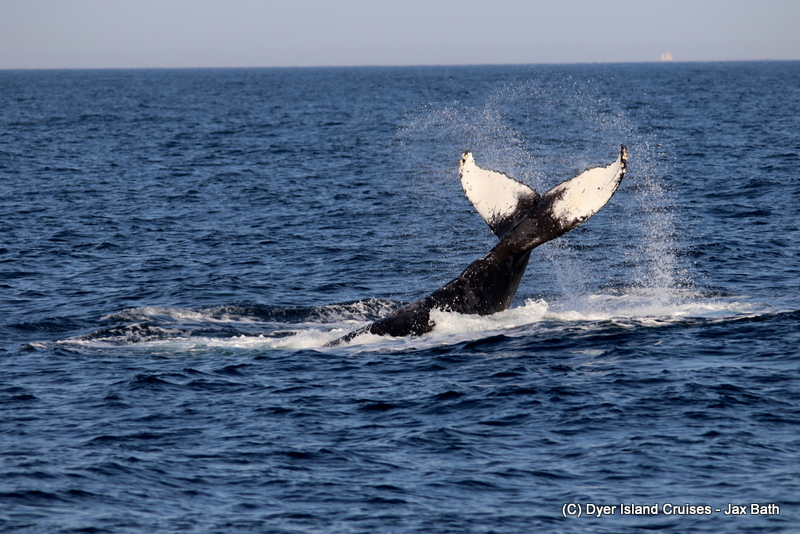 We got a lot of tail action today, which is very special for the Humpbacks here. 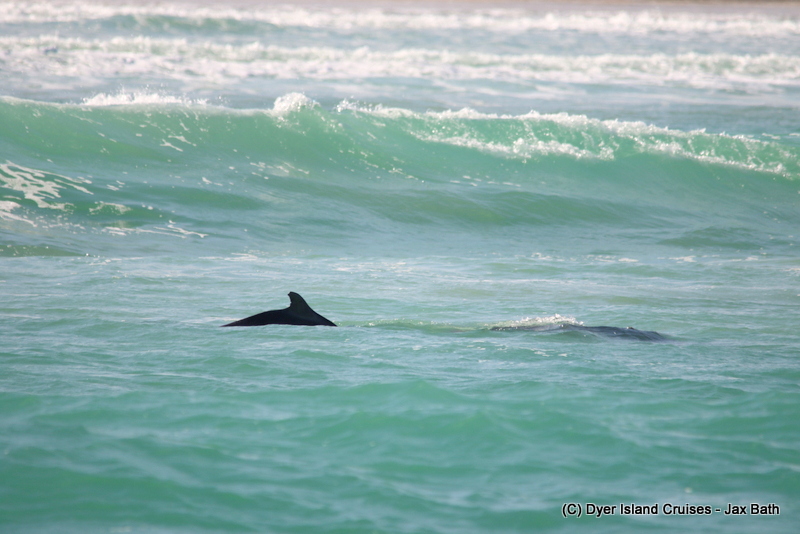 Today’s trip also got lucky, with a pod of Humpback Dolphins fishing. 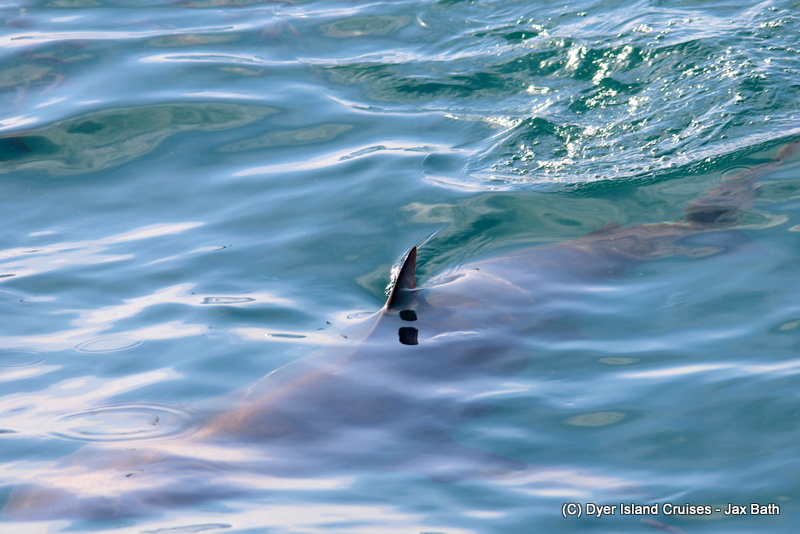 Can you see the sharkie shadow? 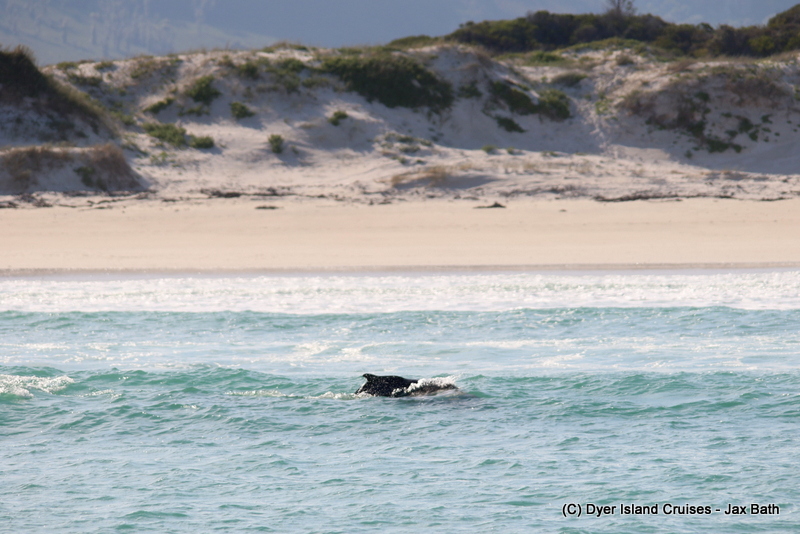 One of our dolphins surfacing the waves. 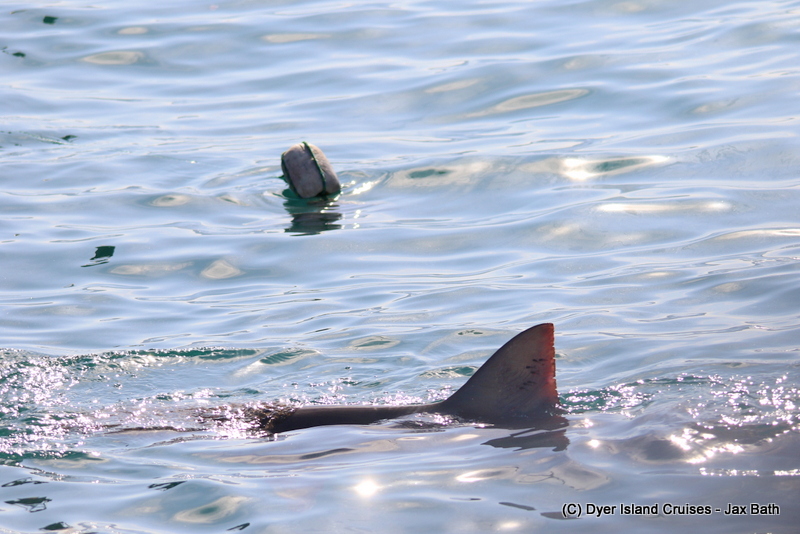 Another look at the Copper Shark. 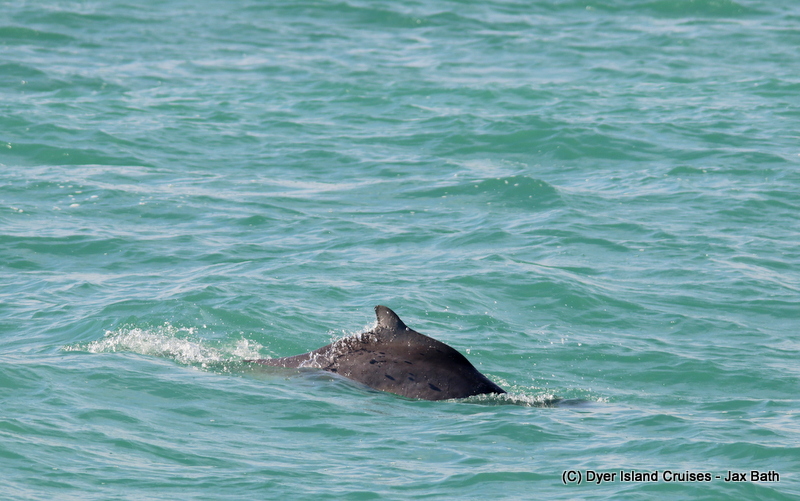 There were around 5 Humpback Dolphins hunting together today.