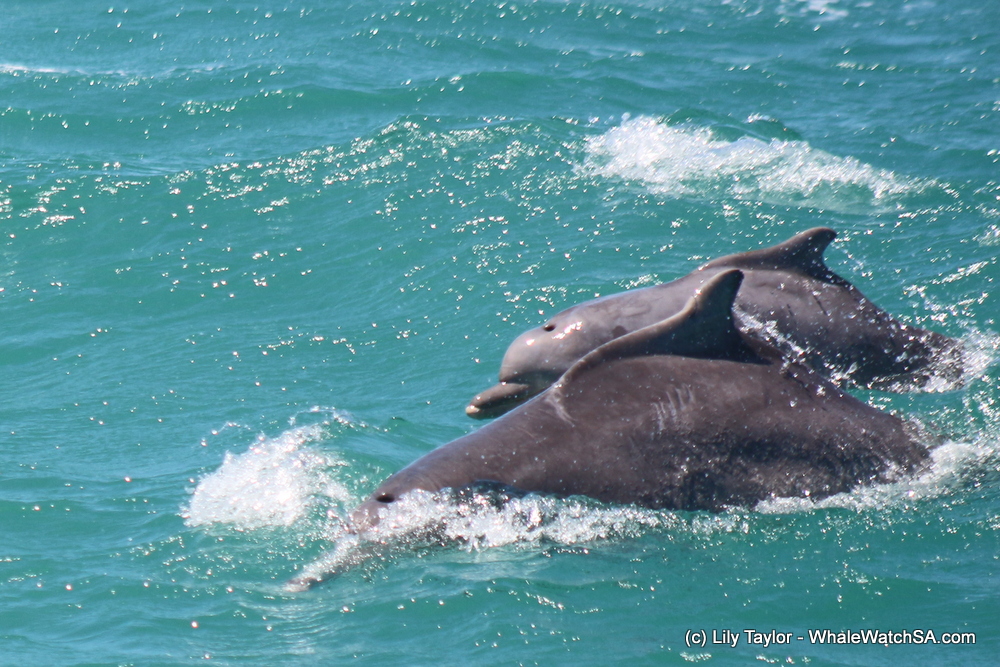 Due to low tide we had to launch from Gansbaai harbour, but it is always a great excuse as we get to drive around Danger Point. Passed the famous lighthouse at Danger Point we set course straights towards Dyer Island. But before reaching the island we made a stop in deeper water to look for any signs of wildlife activity, such as whale spouts and diving birds.

Today we entered the small channel, called Shark Alley, from the other side but still got to see plenty Cape fur seals playing in the water. Driving closer to Dyer Island we encountered a couple of Giant petrels. On our way back home, we stopped at the shark cage diving vessels to see some sharks and were surprised with Indian Ocean humpback dolphins just outside the harbour. Amongst the dolphins we saw a well know individual with her calf. 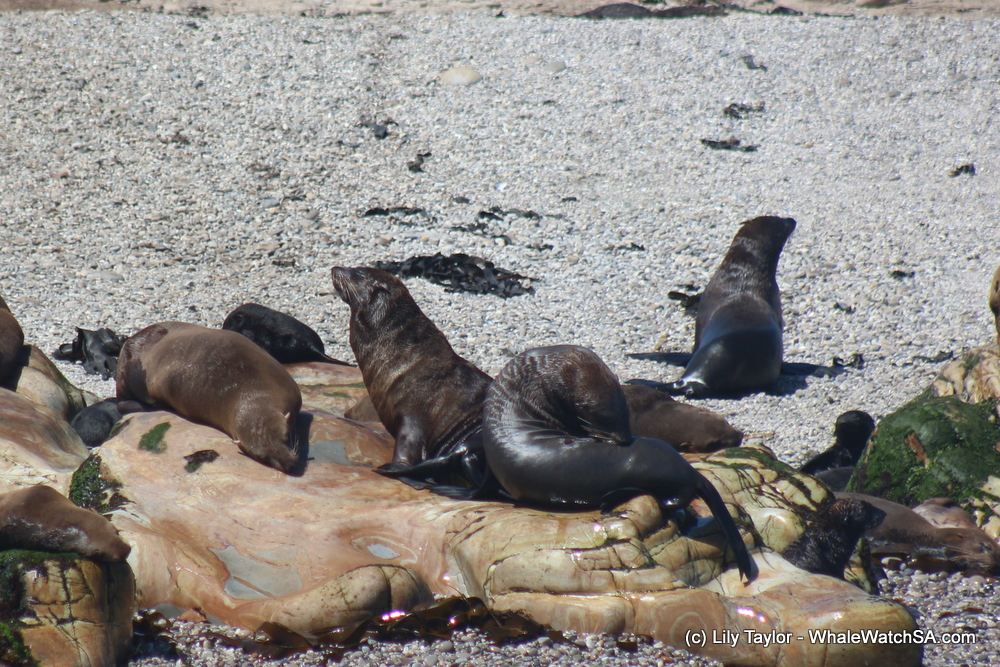 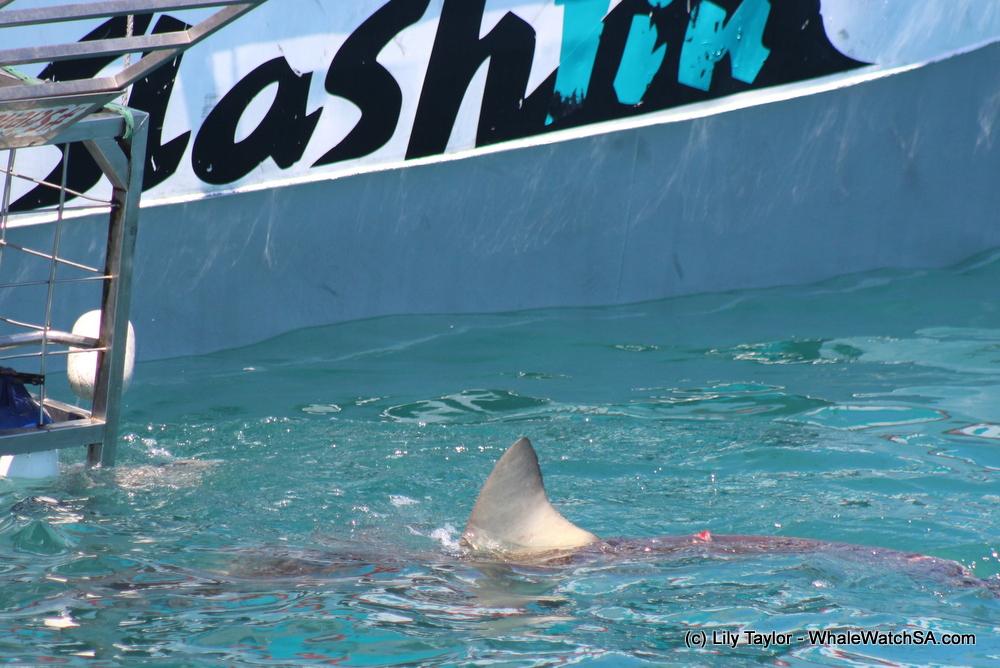 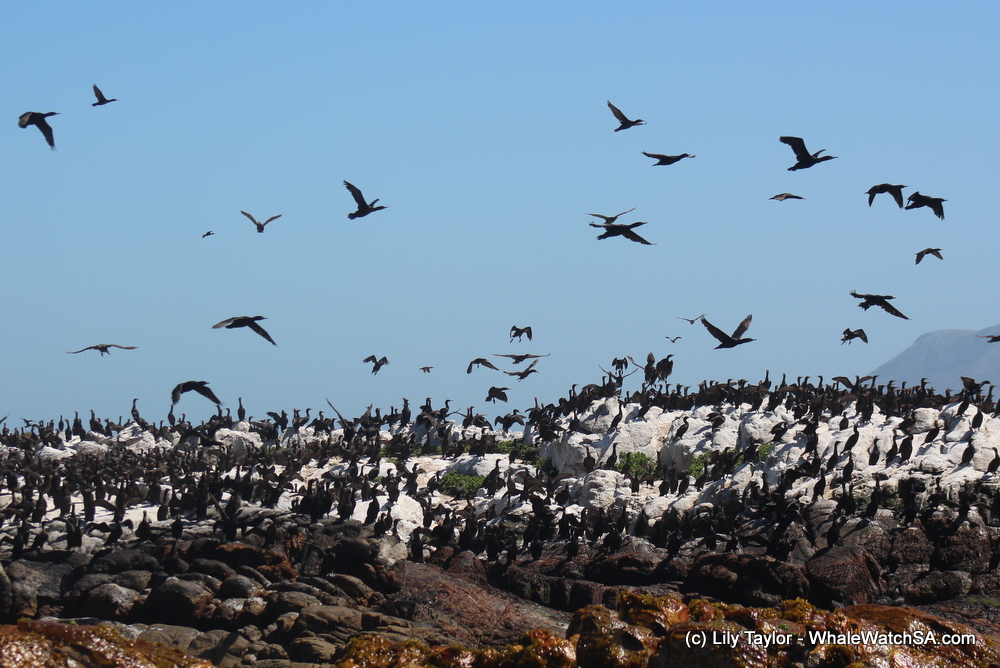 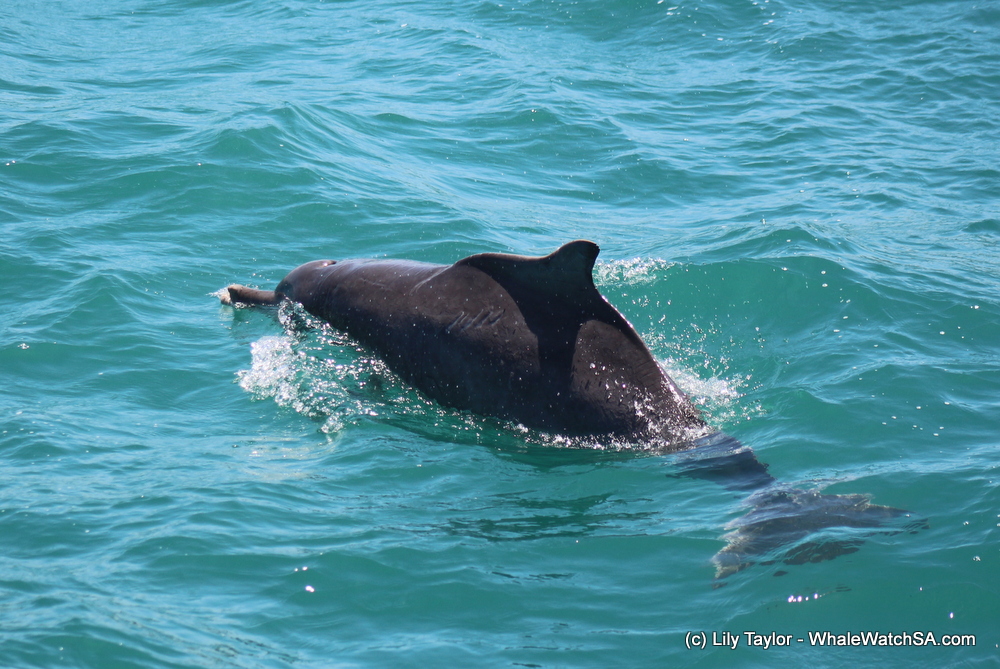 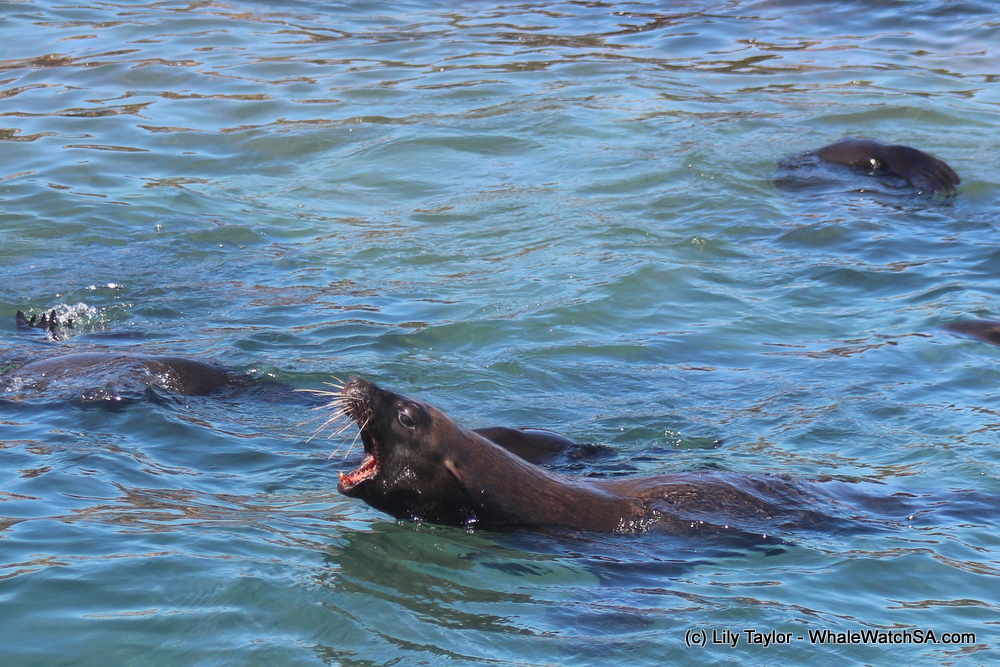 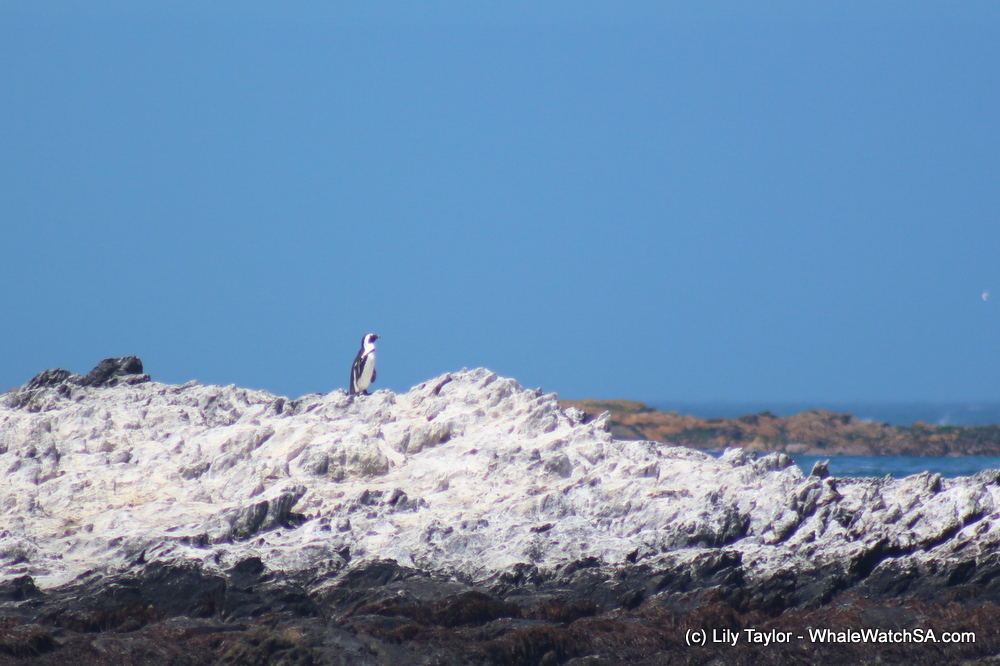 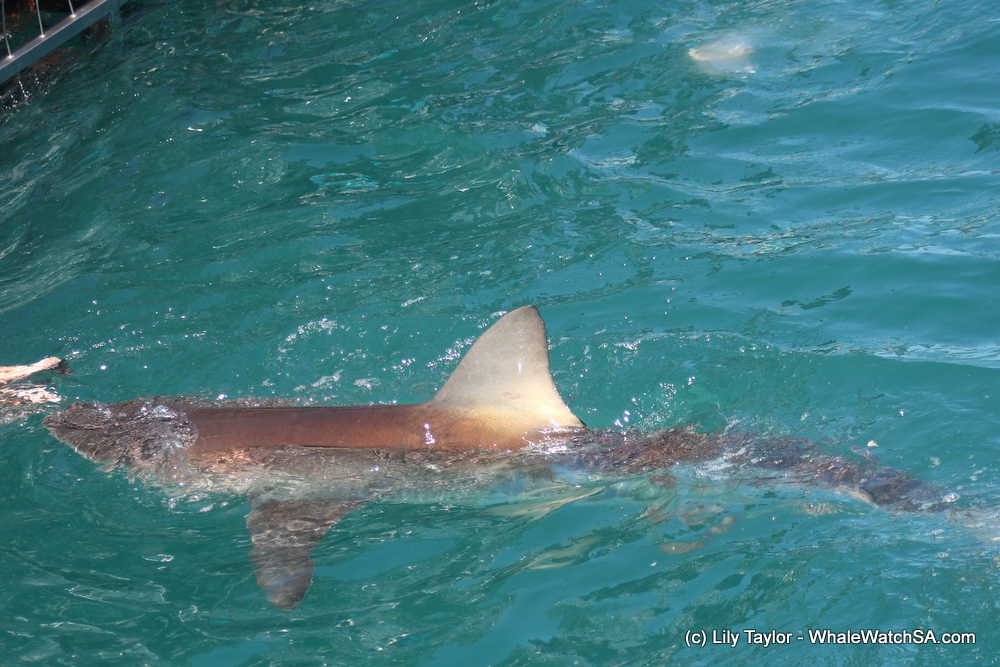 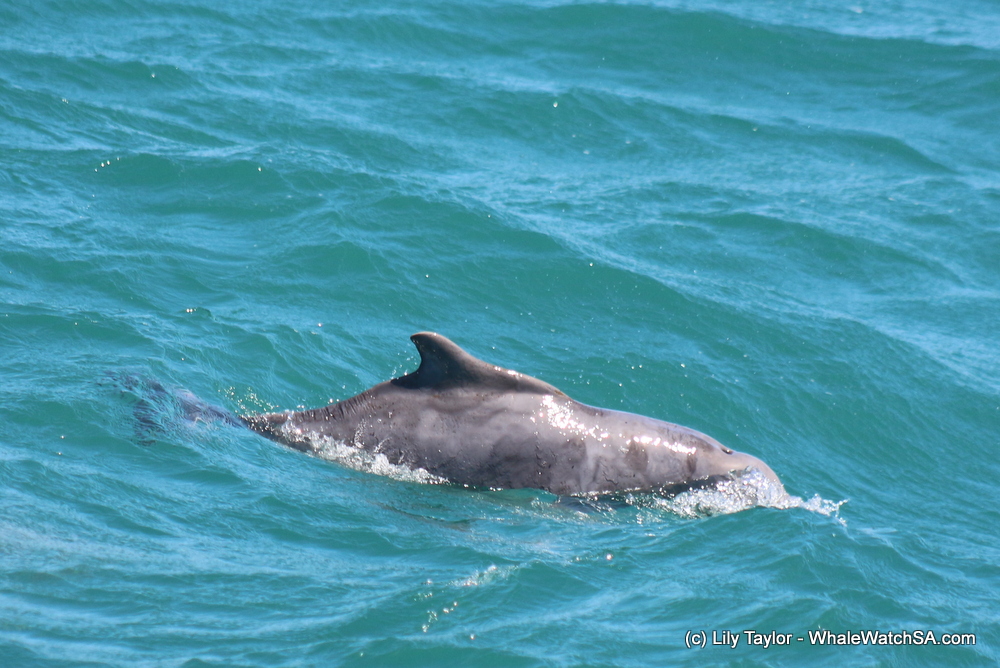