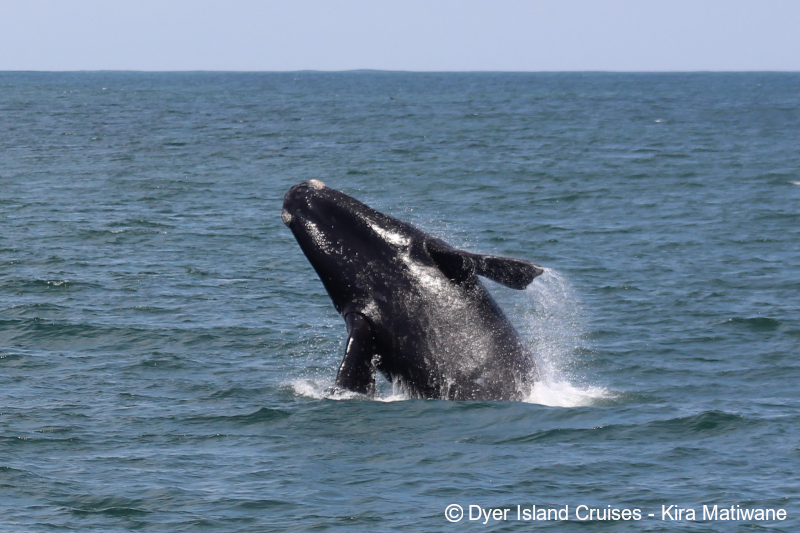 Today started off beautifully with warm weather and practically no wind. We saw Humpback Dolphins at the start of the day, which is always a delight due to the low number of individuals in the population. We then headed off to our sister company to see if we could spot some sharks. The sightings of Bronze Whaler sharks around the cage diving boats did not disappoint after which we headed to see if we  could find some whales. Not long after, we spotted out first group of whales which were super calm but soon after, we had a whale starting to breach in the distance. As excitement ensued we were able to get to the whales in time to see the whale breaching several times afterwards. Our visit to the seal colony was eventful as always with them sunbathing on the island and cooling down in the water. The smallest of our marine big 5 were spotted on Dyer Island scattered amongst the cape cormorants. Our next two trips were lucky enough to spot the marine big 5 and our last trip was able to spot three of the five. 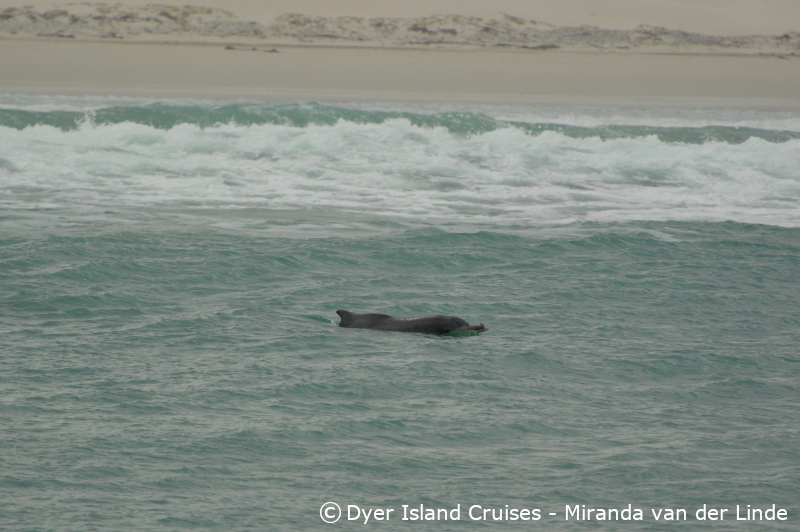 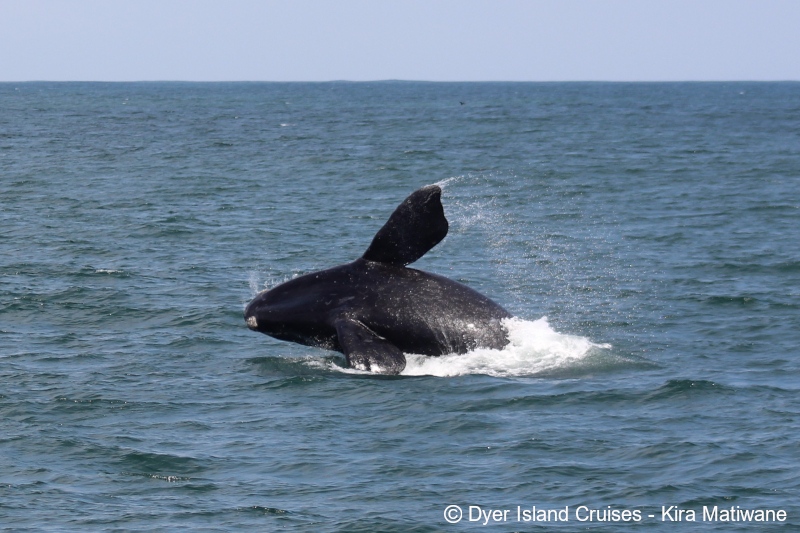 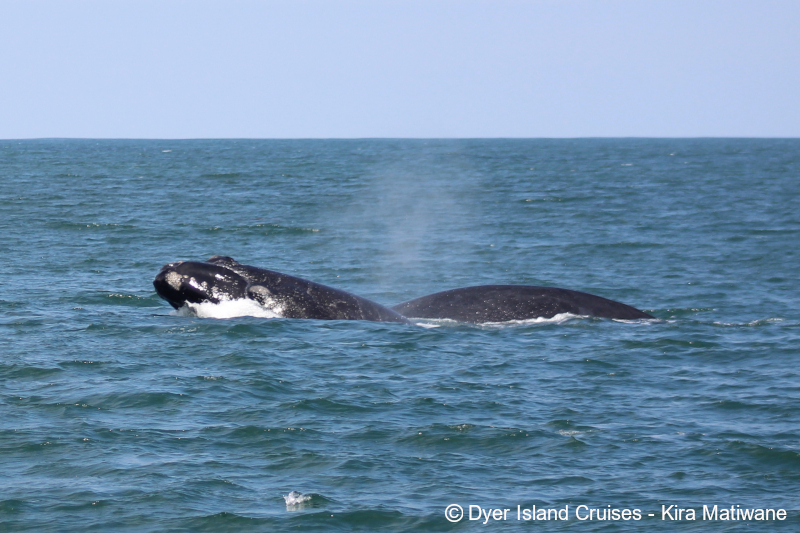 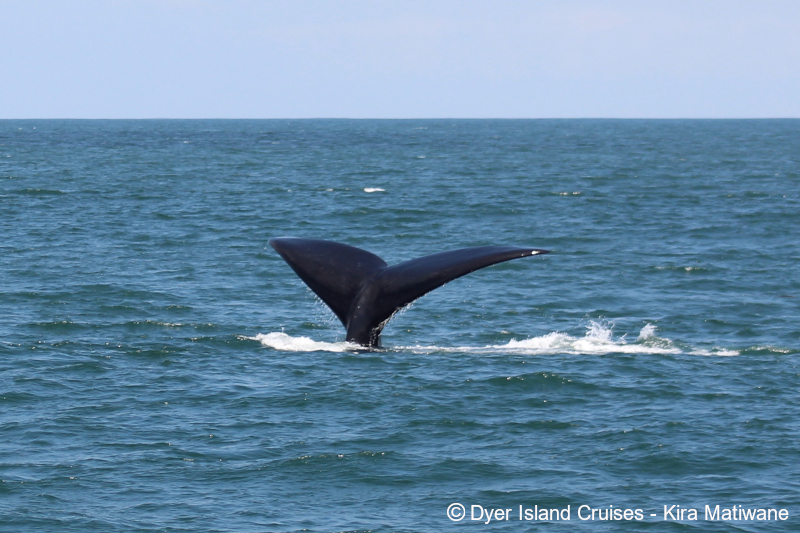 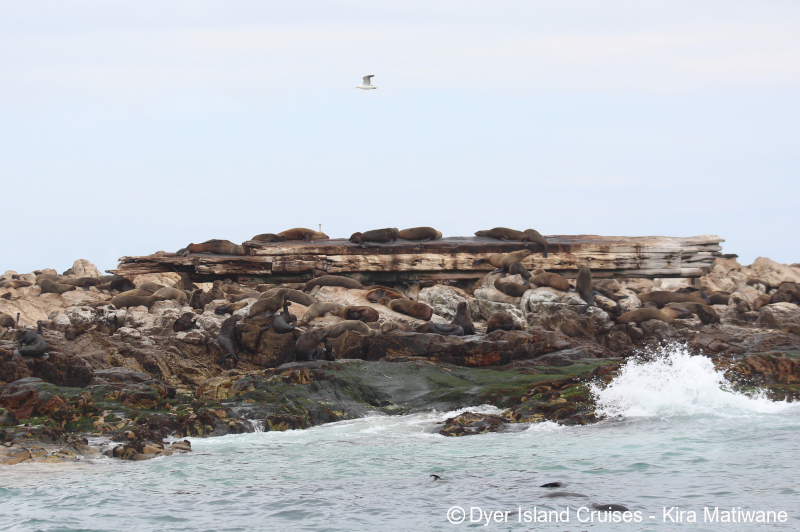 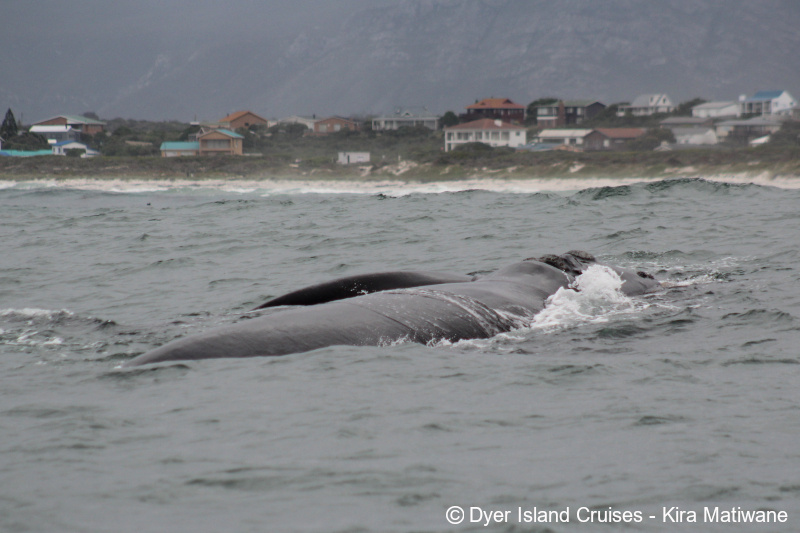 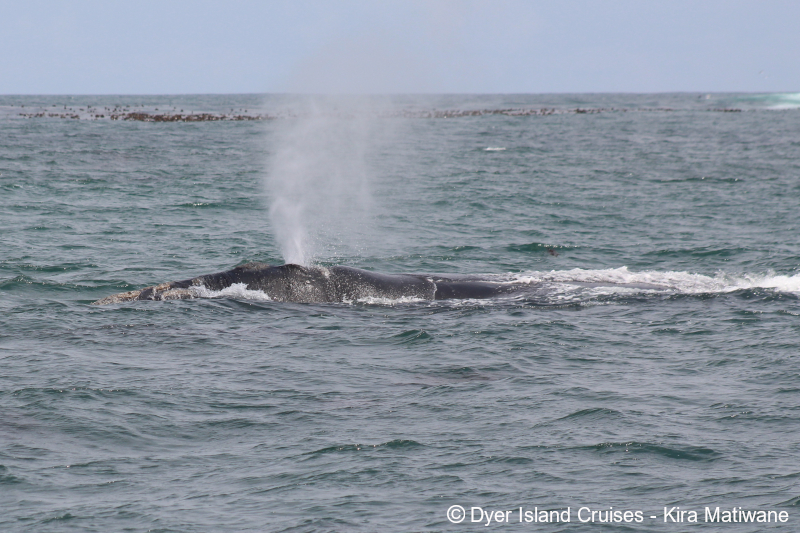