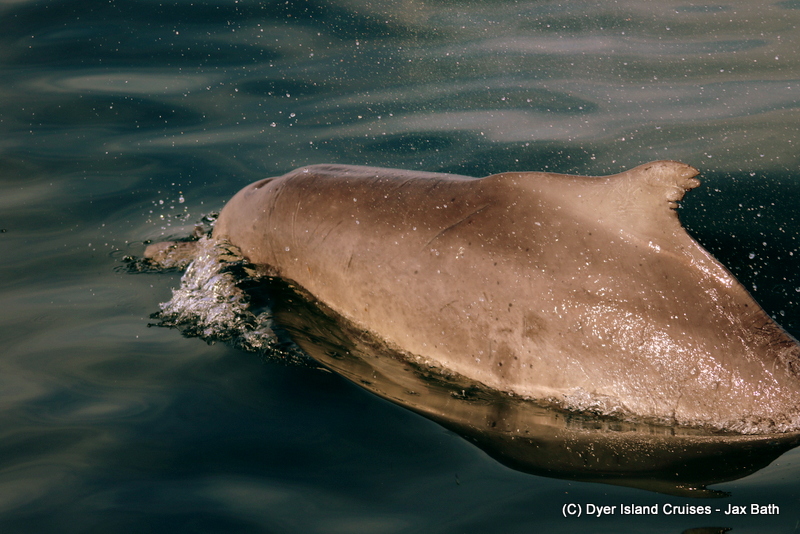 Today was our last sea day for a couple of days, so we soaked up every moment that we had out there in the sun. It was a beautiful day to be out at sea, with hardly any wind and just a slight swell rolling on. We started our trip by hugging the shoreline towards Slashfin, where we had some awesome shark activity.

We arrived at the boat to find a super active Great White Shark hanging around and we got to watch the shark jump again and again and again. This was a juvenile animal, which we thoroughly enjoyed watching. After all this excitement, we travelled over the reef system to Pearly Beach to see what else we could find.

Our next species for the day was found travelling just behind the Kelp Forests that line the beach, and they were none other than the Indian Ocean Humpback Dolphins. We had around 4 animals jumping and surfing away, which made for an awesome encounter. We could see the dolphins perfectly through the crystal clear water and waited in anticipation for them to surface.

We took a stop by the penguins next, spotting some of these flightless birds sitting in between the guano covered boulders. We had a couple of penguins doing some waddling, which we watched for a while before cruising into Shark Alley.

Here, the visibility was just as incredible, so we admired the bottom of the ocean whilst the seals got up to their usual mischief in the water. We also took a look at those who preferred to catch some z’s on their rocky home. Once we left the seals, we set out into open ocean and searched far and wide for a baleen whale or two, but unfortunately, the are seemed a little quiet today. We did however spot some interesting seabird species, which included a Shy Albatross and a Sooty Shearwater or two. 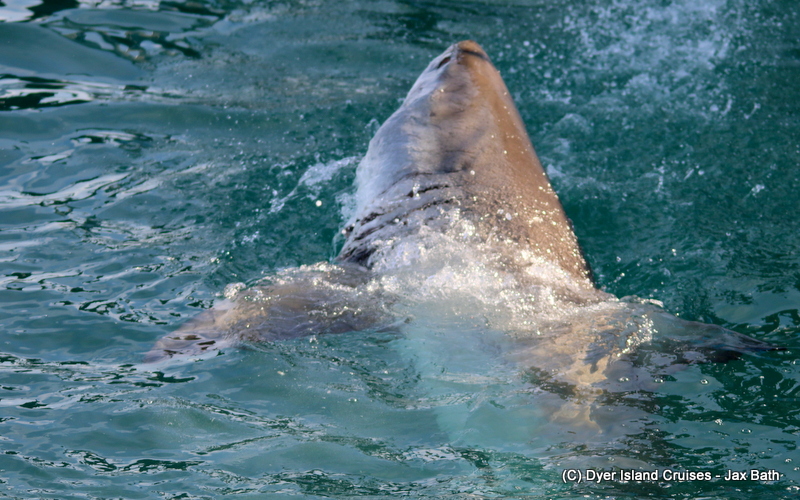 Started off the trip with this beauty. 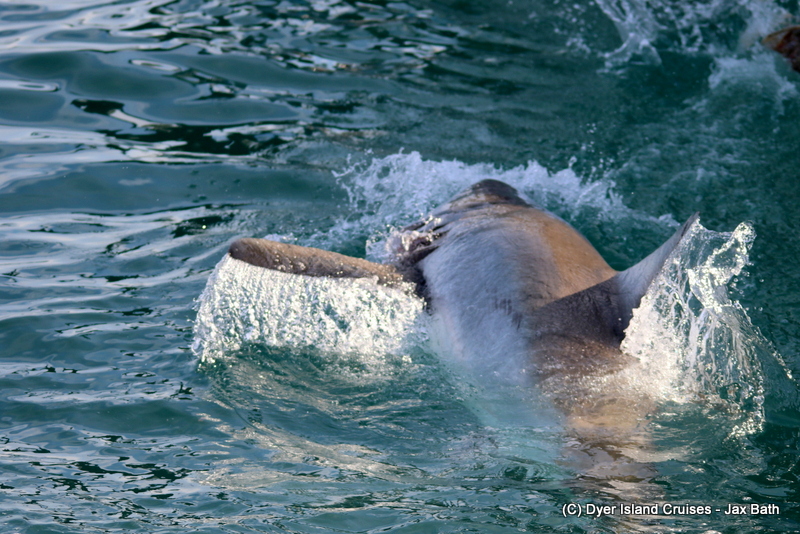 This juvenile shark is exceptionally active and has been around for the last few days. 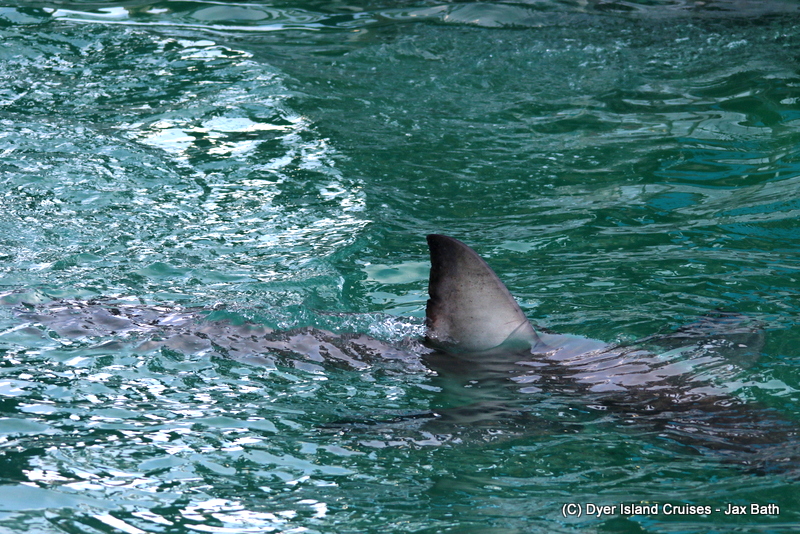 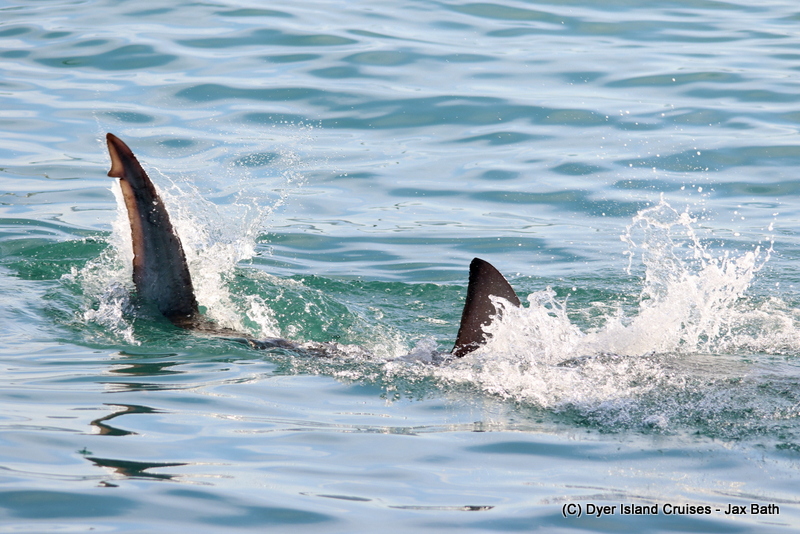 This shark launched herself out the water again and again, to the delight of all aboard. 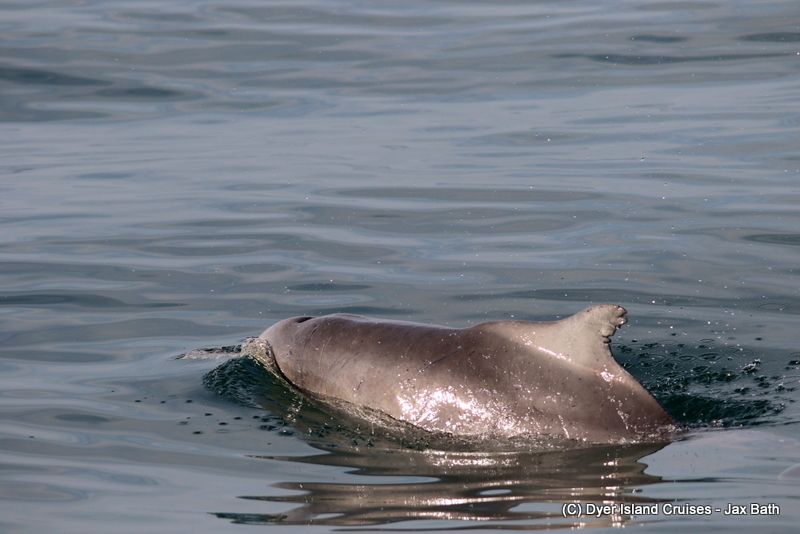 We had about 4 Indian Ocean Humpback Dolphins over in Pearly Beach today. 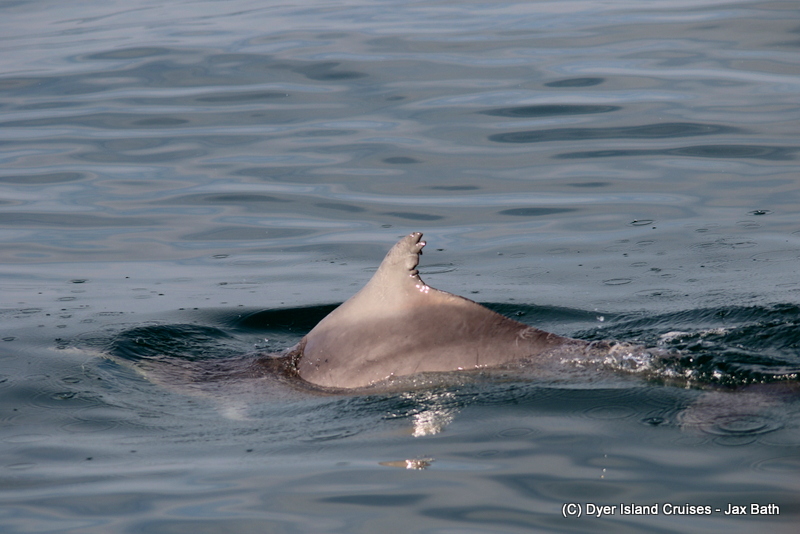 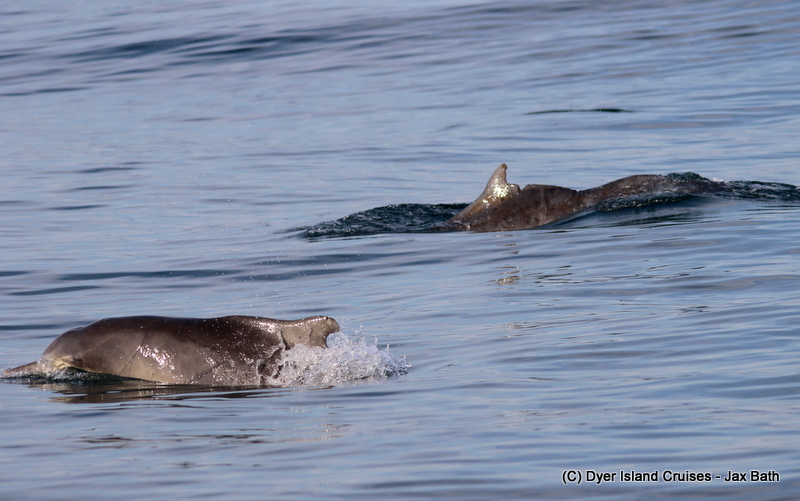 Claw surfacing in the foreground with Summer surfacing just behind her. 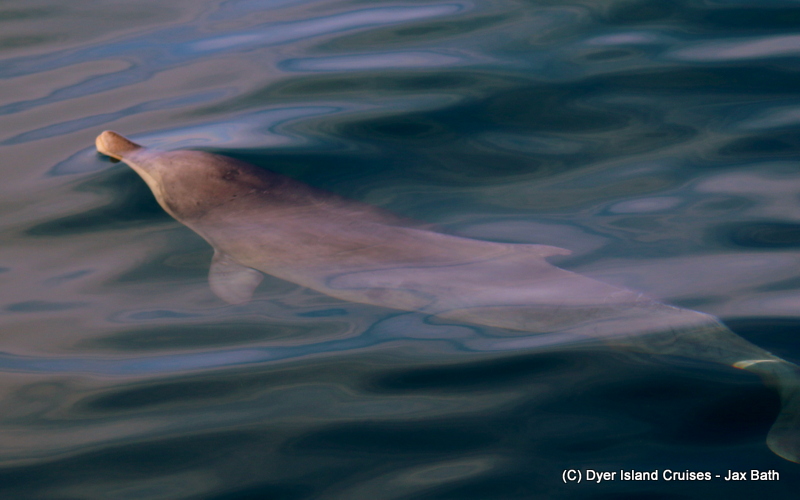 No 29 right next to the boat, with such great visibility, we were able to predict when the dolphins were gong to surface. 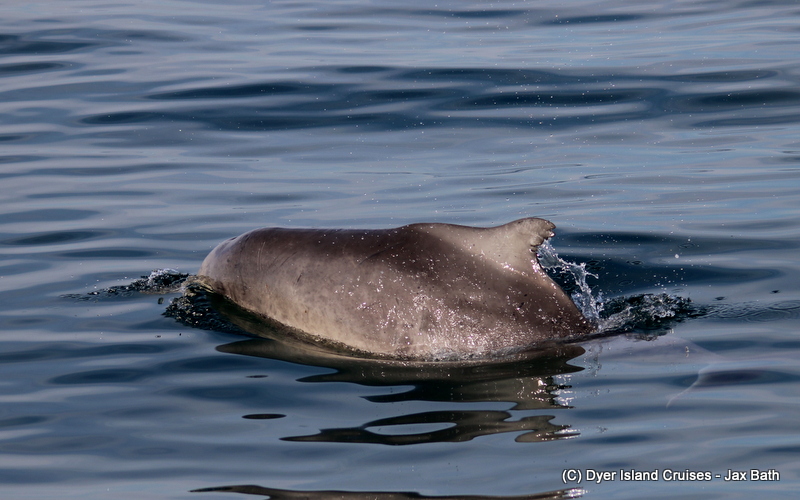 We got to see the dolphins doing some jumping today, with the group trying to catch some fish when we first arrived. 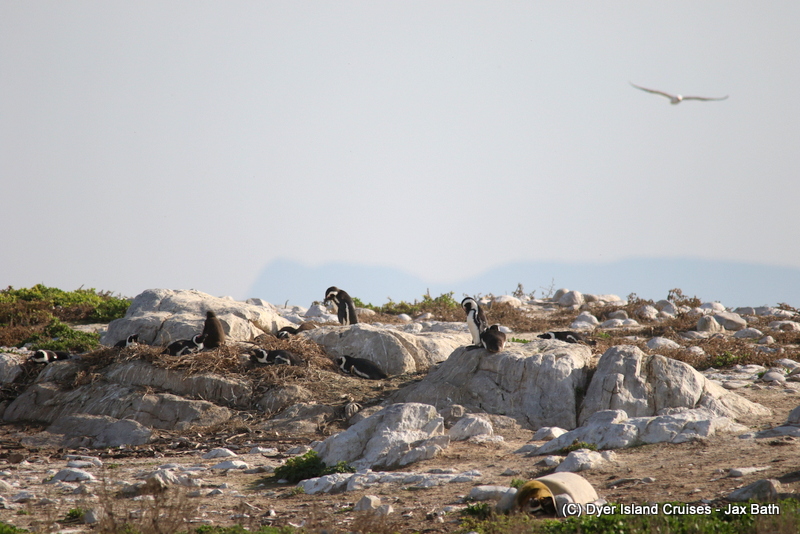 African Penguins on Dyer Island including some chicks. 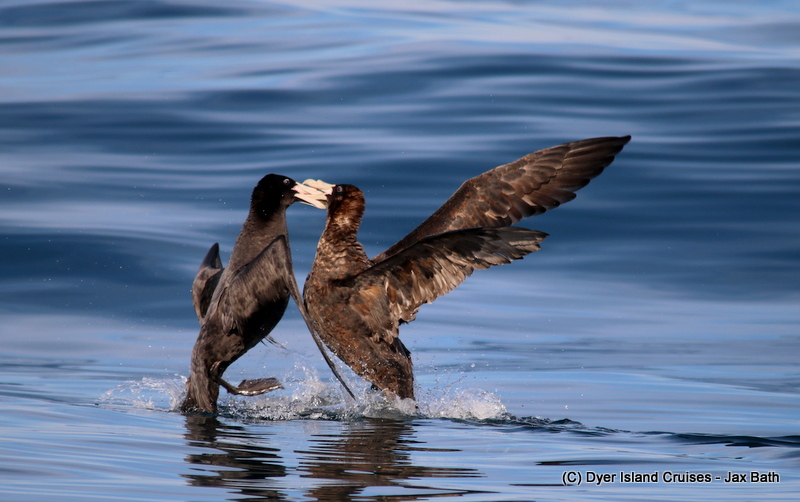 A fight broke out between these Giant Petrels over a dead seal pup. 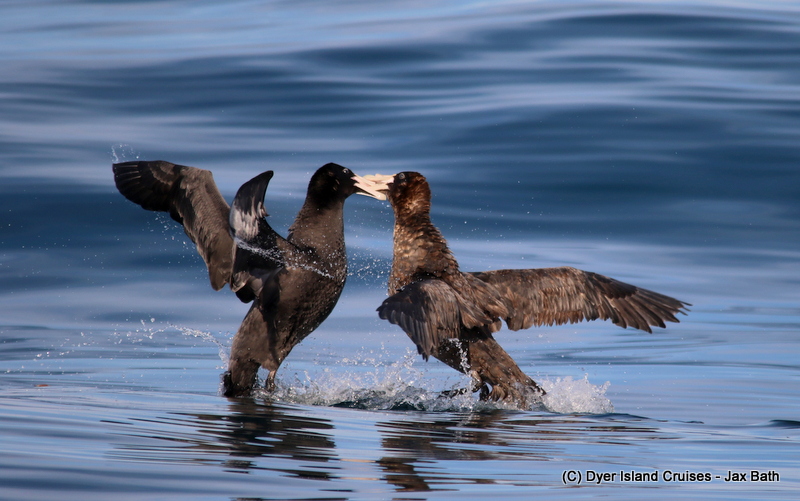 These Petrels breed on Sub Antarctic Islands, and can be very aggressive. 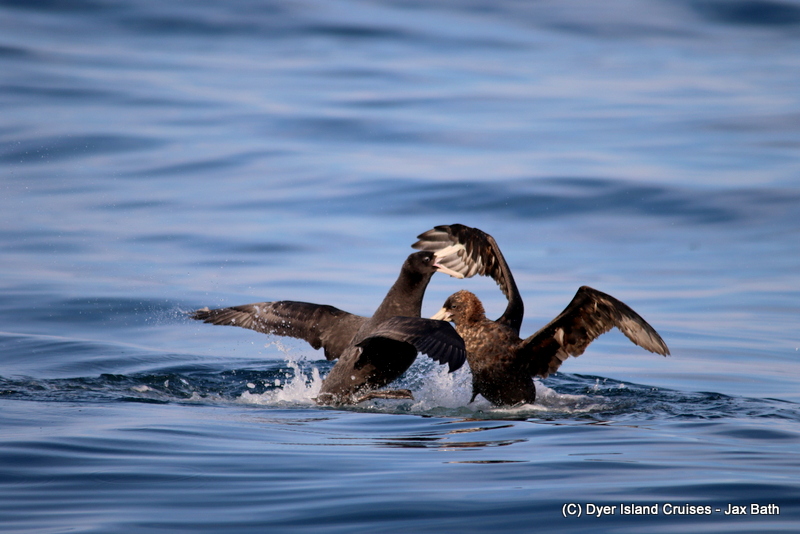 We spent some time watching the fight. 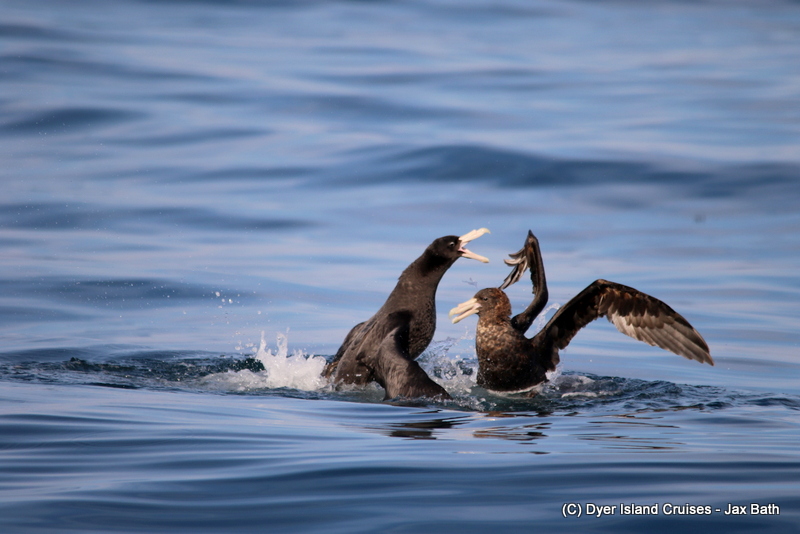 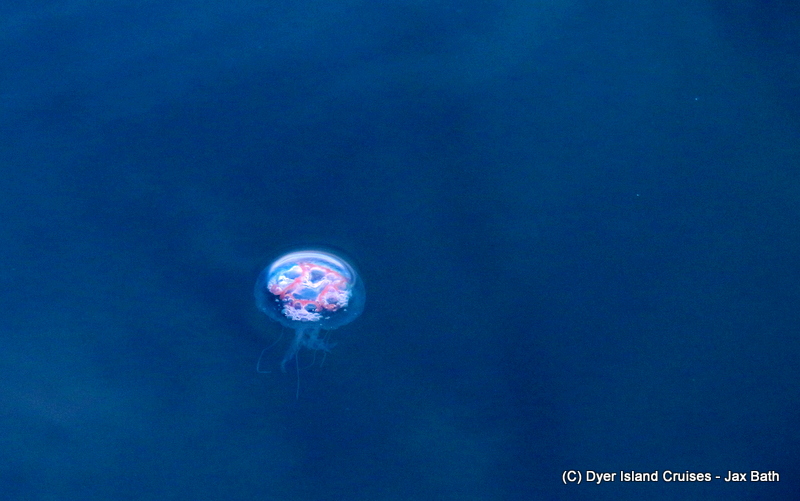 We had lots of Night Light Jellyfish about in the bay today. 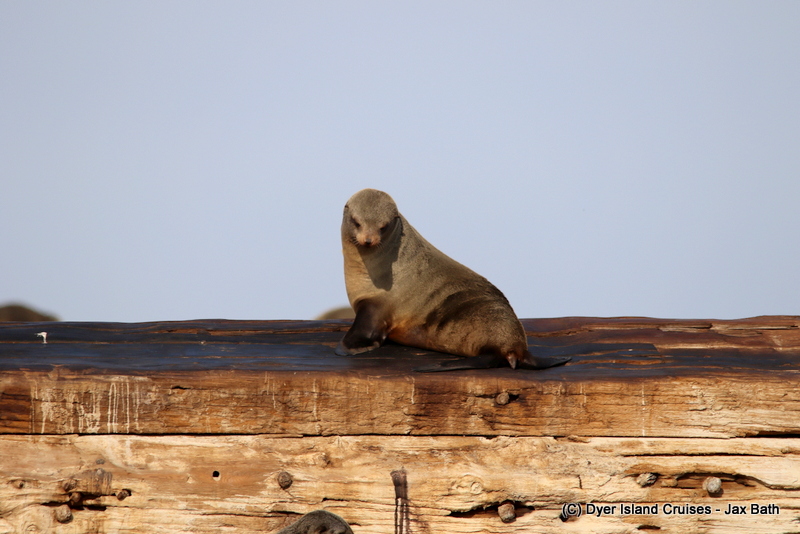 A seal looking longingly at something. 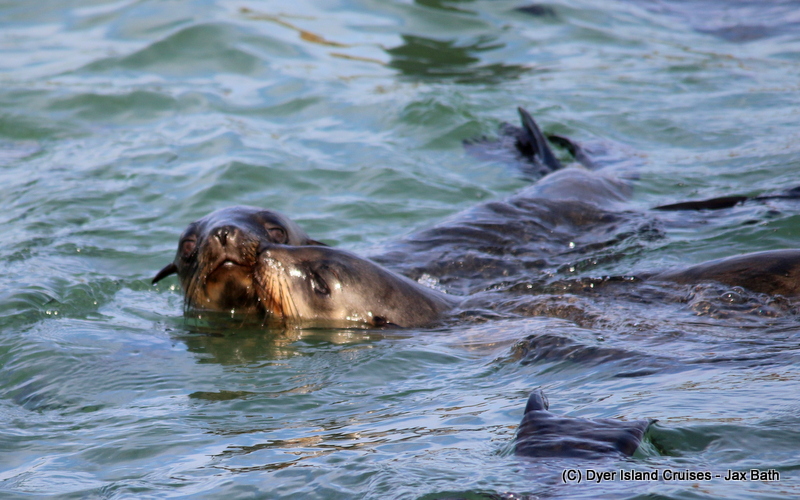 A tender moment between pinnipeds. 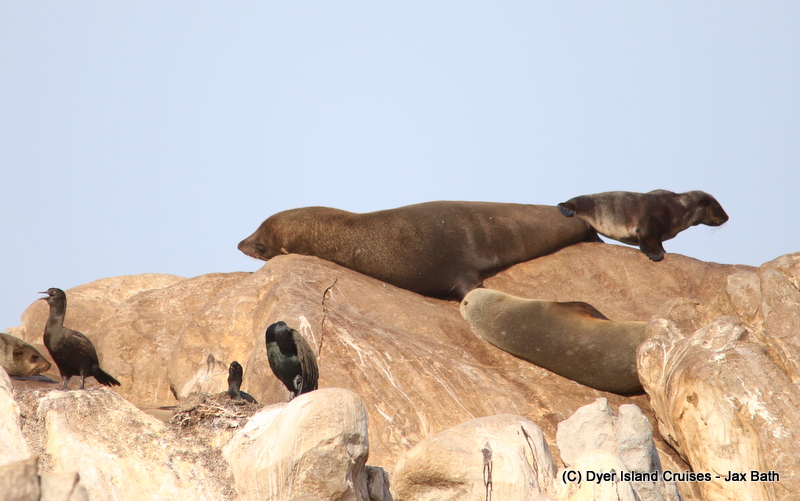 A little pup climbing off mum. 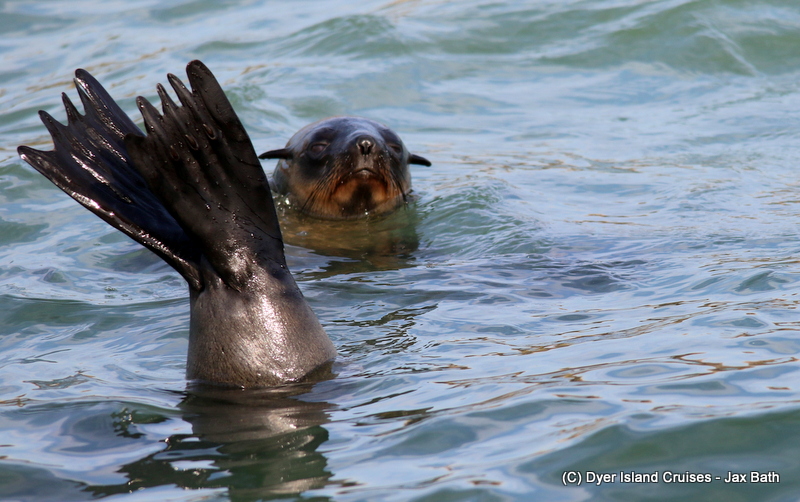 A seal checking us out from a safe distance.