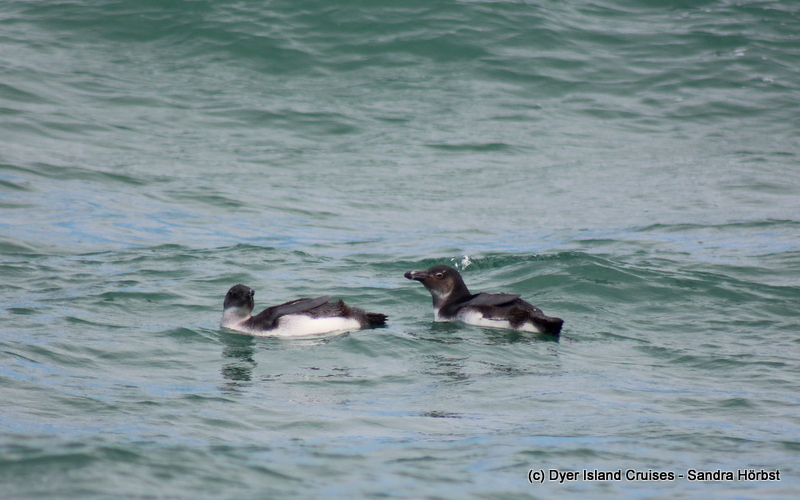 Although we still had some swell out in the bay, we had a fantastic trip with plenty of marine wildlife. Shortly after leaving Kleinbaai harbour we spotted a juvenile African penguin. Further down the coast we made a stop at the shark cage diving boat from Marine Dynamics, and got to see some beautiful Bronze Whaler sharks. After that we were heading to Pearly Beach and spotted more penguins on the way as well as picked up some kelp, seaweed that grows all along the coast in this area. Driving into the Pearly Beach area we already spotted our first spouts of some Southern Right whales and were please to have at least three cow-calf pairs around us. One female had a very distinct bite mark out of her fluke, but luckily it was healed and did not seem to affect her. Some of the pairs we encountered were very curious and approached our vessel so that we could get some nice videos and pictures of these gentle giants.
In Shark Alley we found plenty of Cape Fur seals playing in the water with each other and on the way back we saw a couple more of the endangered African penguins on Dyer Island. 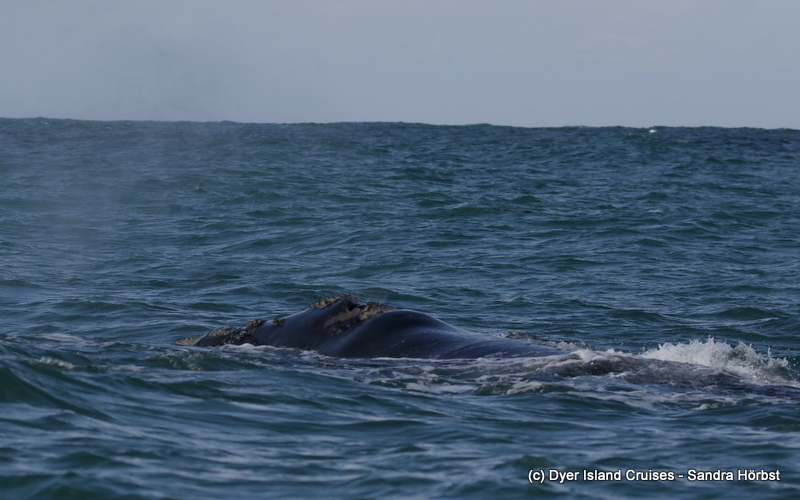 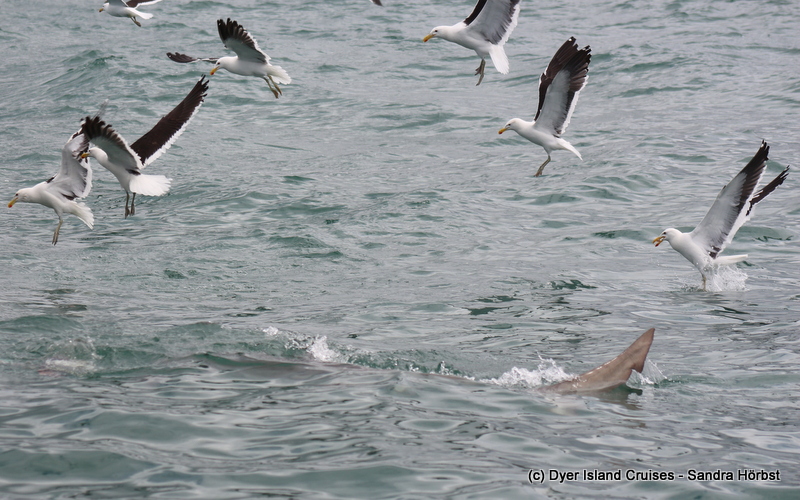 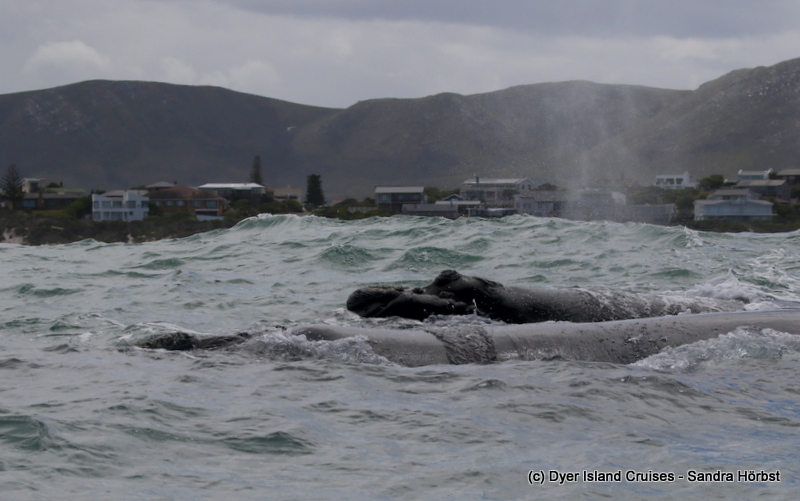 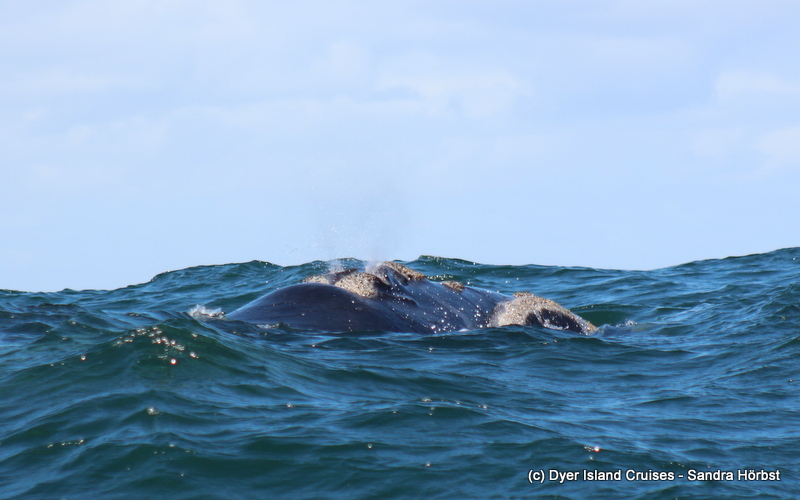 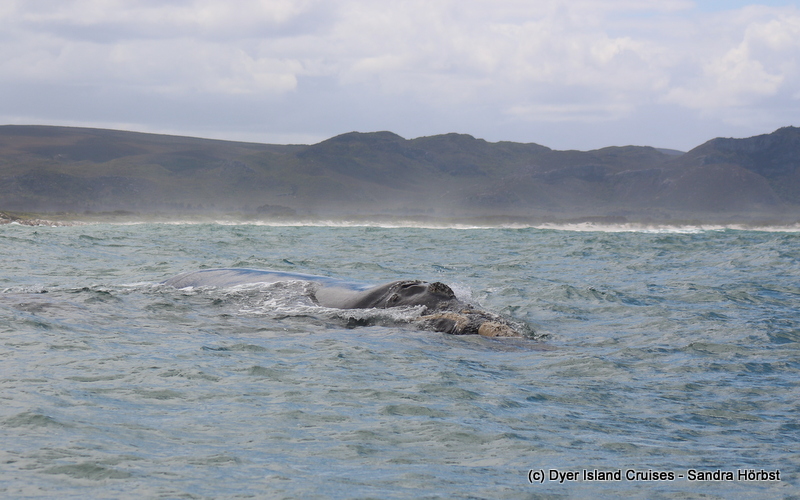 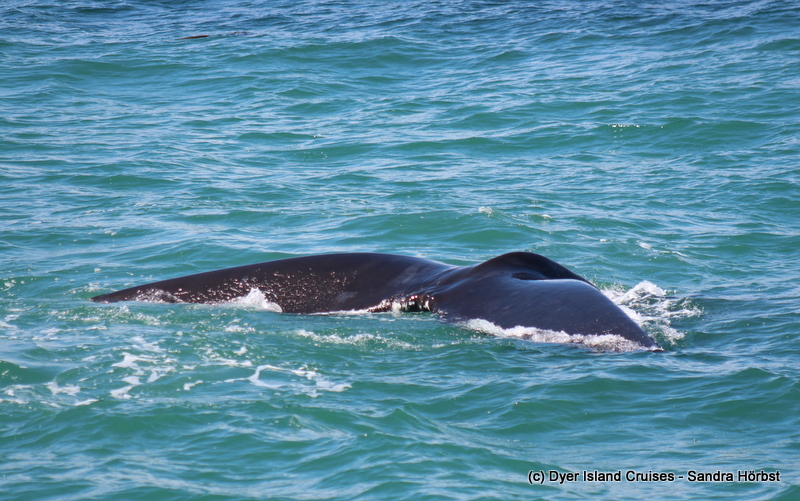 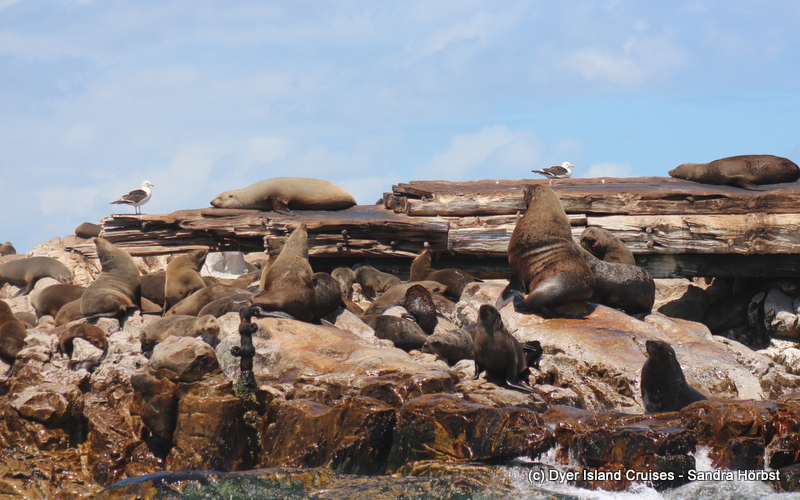 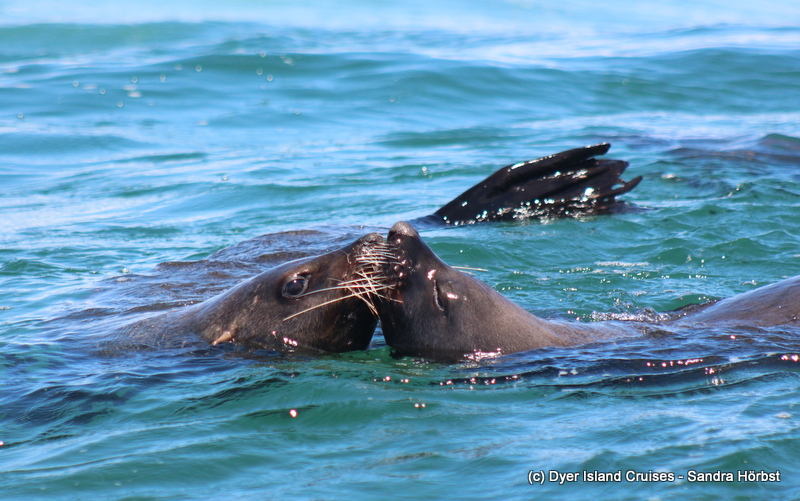 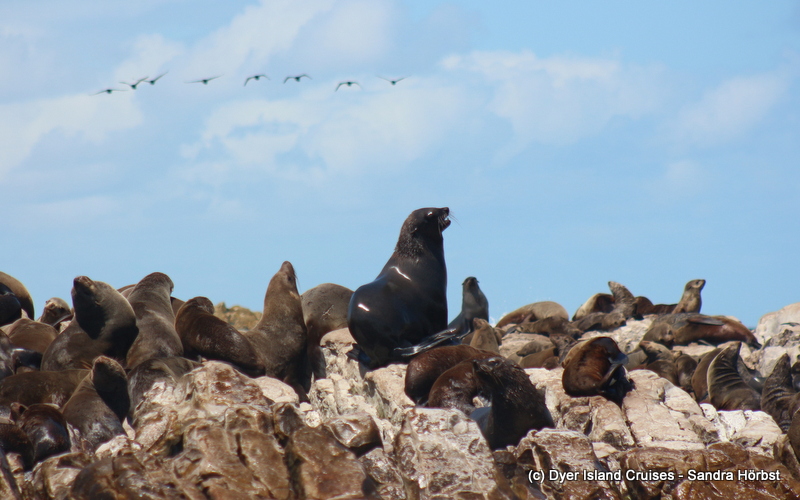