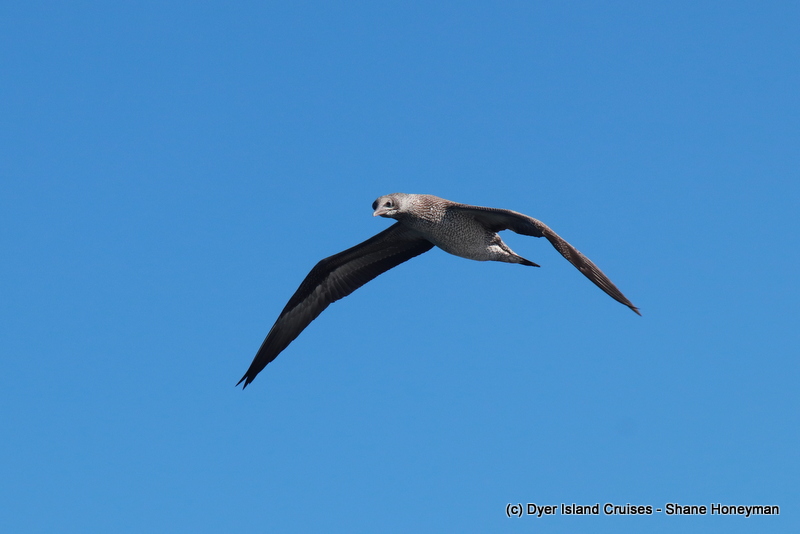 On Saturday’s tour we were heading towards  the Birkenhead Rock, which is just off the the Danger Point peninsula. Out there in the deeper water we soon saw a spout of a whale and were delighted to see it is a young humpback whale, which was showing its fluke and rolling on its side. In the same area we also spotted a variety of seabirds including Cape Gannets, White-chinned Petrel and Skuas. Before we reached the Cape Fur seal colony we spotted a Bryde’s whale surfacing a couple of times and after having seen the Cape Fur seals and Dyer Island up close we slowly made our way back towards Kleinbaai harbour. 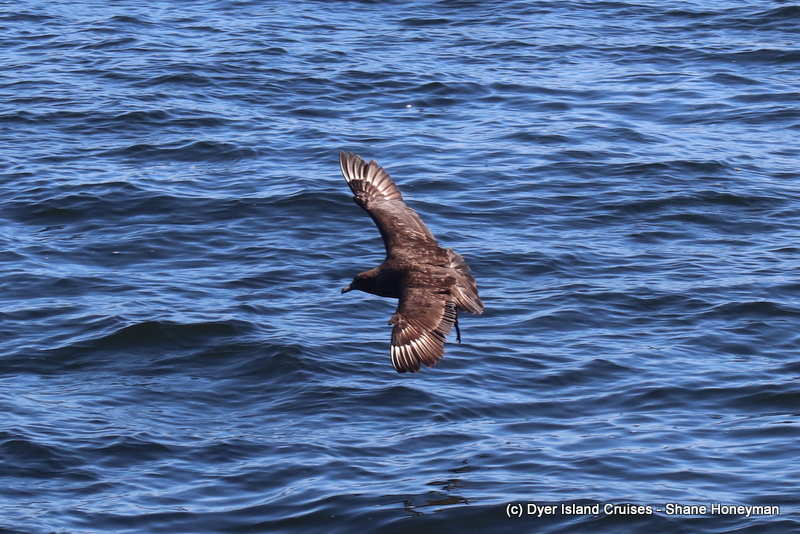 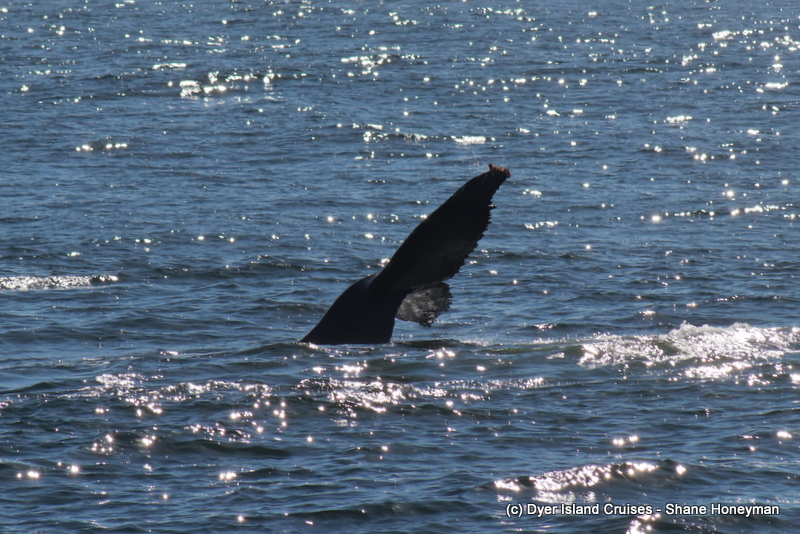 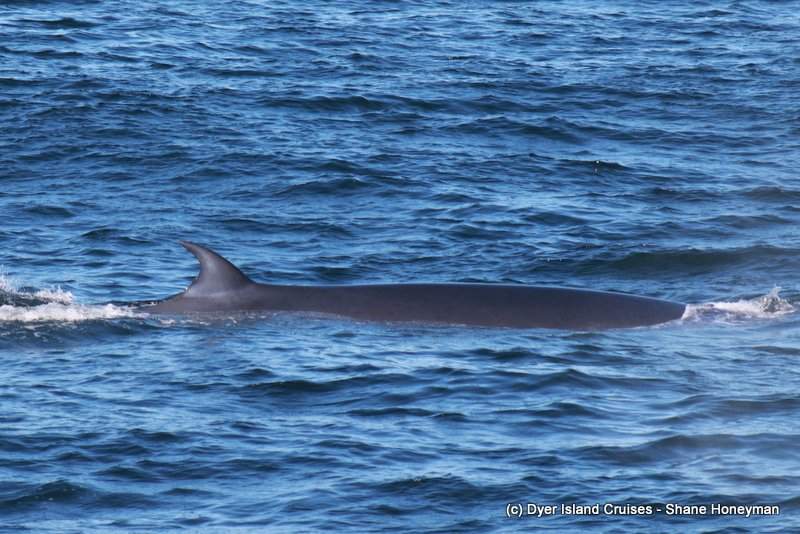 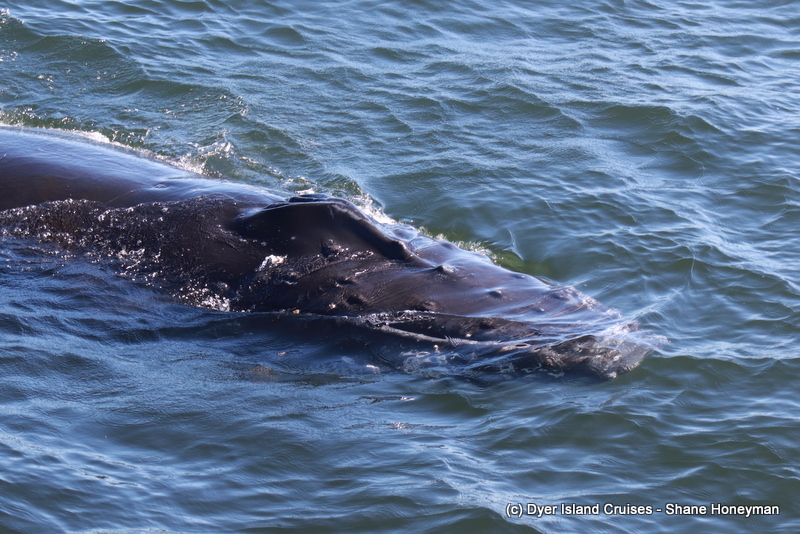 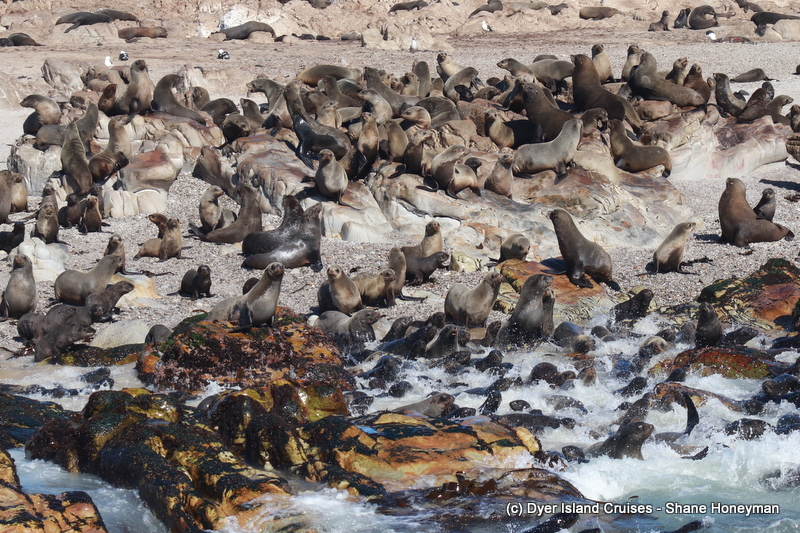 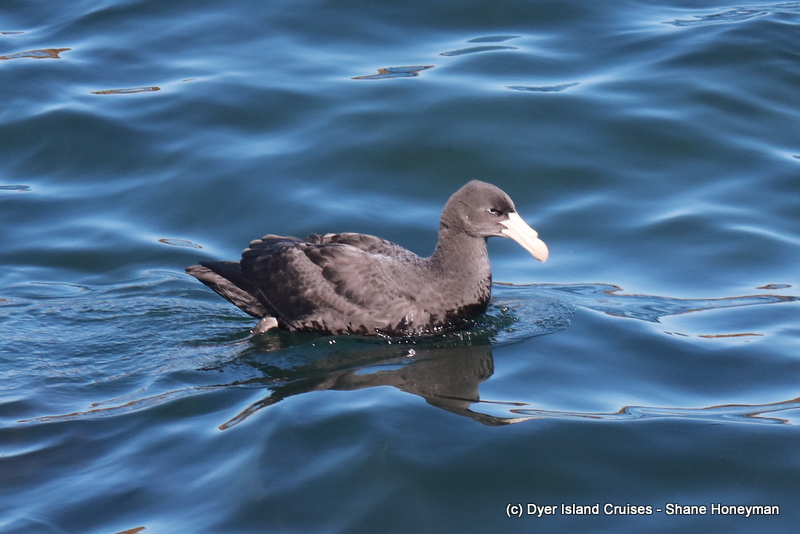