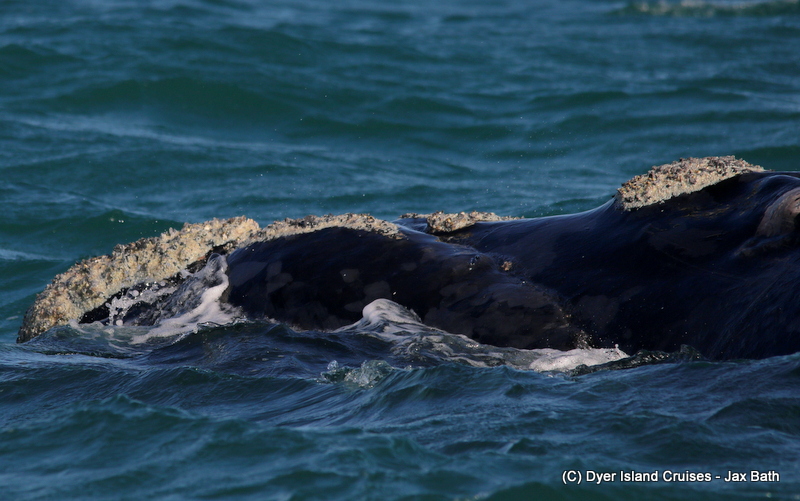 We had a picture perfect tour today, starting off our day with some Humpback Dolphins and leaving the sea having seen the entire Marine Big 5 in 2 hours! We launched Dream Catcher at around 10 am and set out with a feeling of excitement as we hugged the shore and searched for some animals. We found our Indian Ocean Humpback Dolphins hanging out just in front of the Uilenkraalsmond estuary, and spent some time watching these sporadic swimmers move about. We were trying our best to get a few views of our new calf, who’s fetal folds are fading by the day. After watching these endangered animals for a bit, we caught word of some larger whales in the bay.

We travelled to the middle of the bay and after practicing some patience, we were rewarded with a sighting of 2 massive Southern Right Whales. These whales seemed to be in no hurry to get anywhere, moving along at a snails pace and giving us some awesome looks as the surfaced and spouted. The whales also came nice and close to our vessel, giving away their presence by leaving footprints at the surface of the water. Things got very exciting when one whale decided that he would pick up some kelp and play around a bit, rolling on its side to expose its flipper as it enjoyed playing with this new toy. After the whale picked up the kelp, we decided to follow suit before moving on to The Shallows.

Here, we got lucky with a sighting of a Great White Shark who seemed to have all the energy in the world. The shark came around again and again, giving us some awesome photographic opportunities. We then set off for Geyser Rock where we got to see the Great White’s favourite snack. The Cape Fur Seals where as charming and playful as ever, enjoying the cool waters of the Atlantic as we passed them by. After some quality time with the seals, we stopped on the other side of Dyer Island where we watched a couple of penguins give themselves a bath before making our way back in towards Klienbaai harbour. 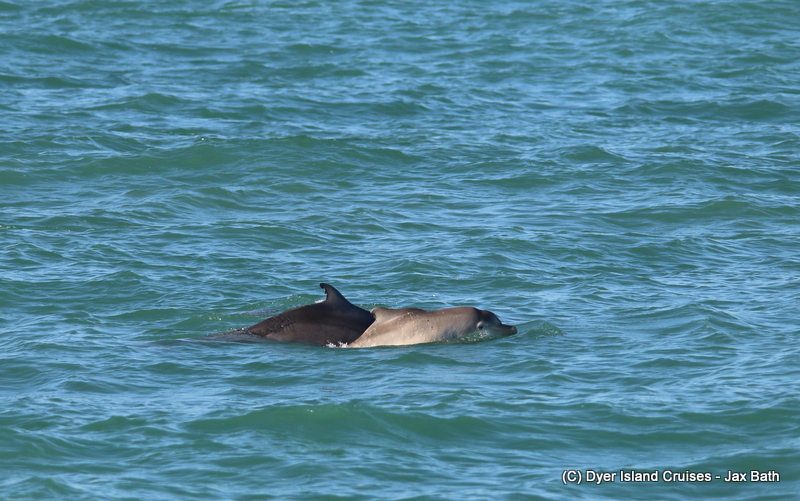 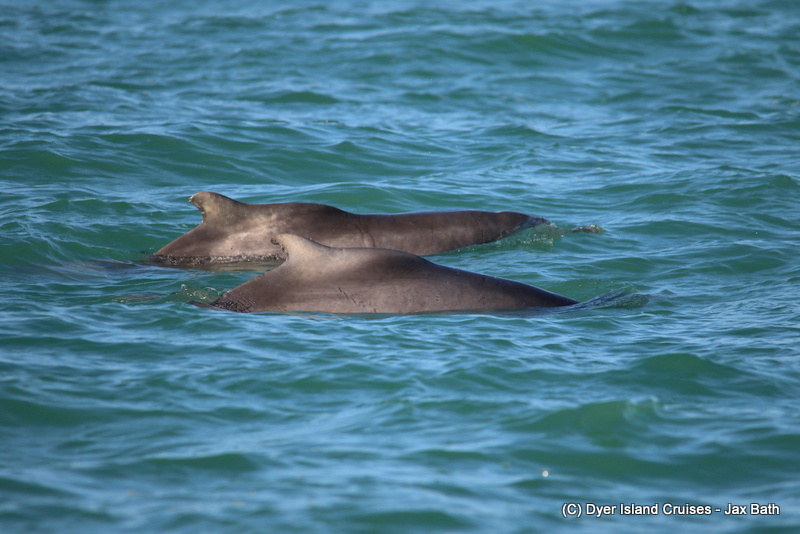 We had a pod of around 5 dolphins today, although they were scattered. 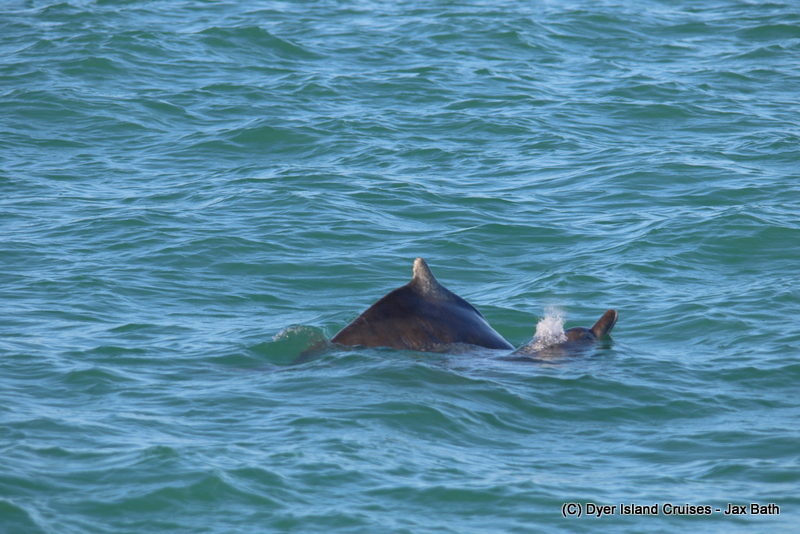 It was great to start off this trip with a sighting of South Africa’s rarest cetacean. 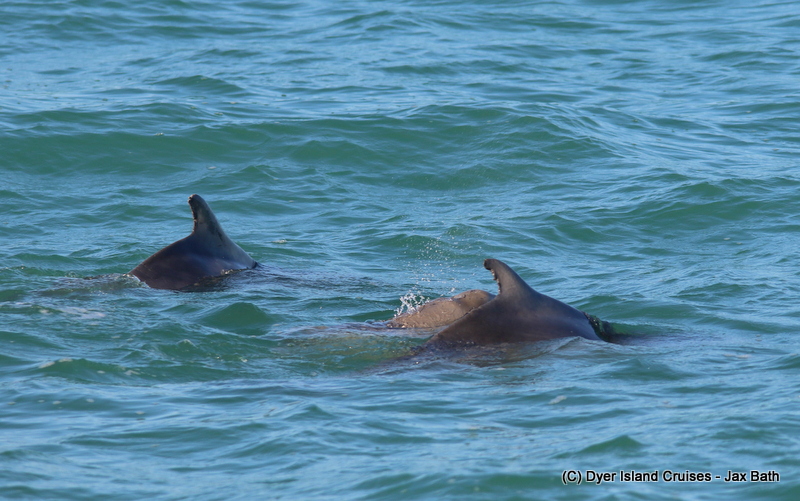 The calf surfacing just behind mom. 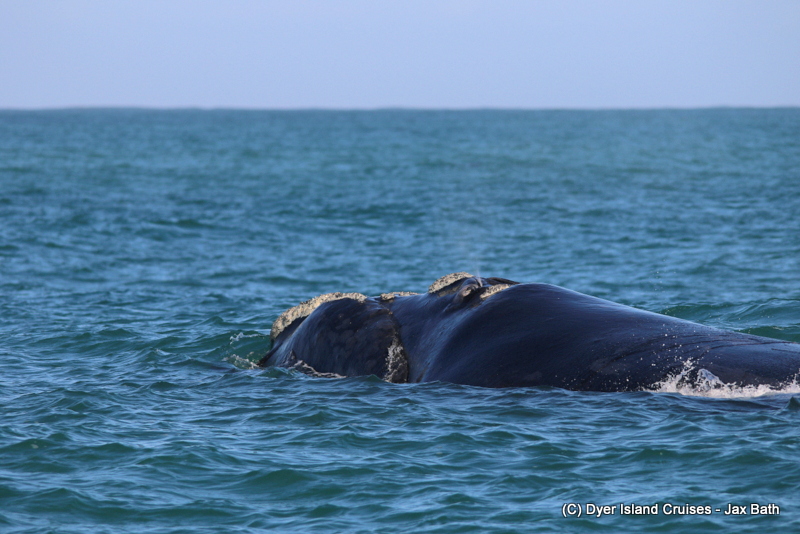 These whales looked to be in good condition. 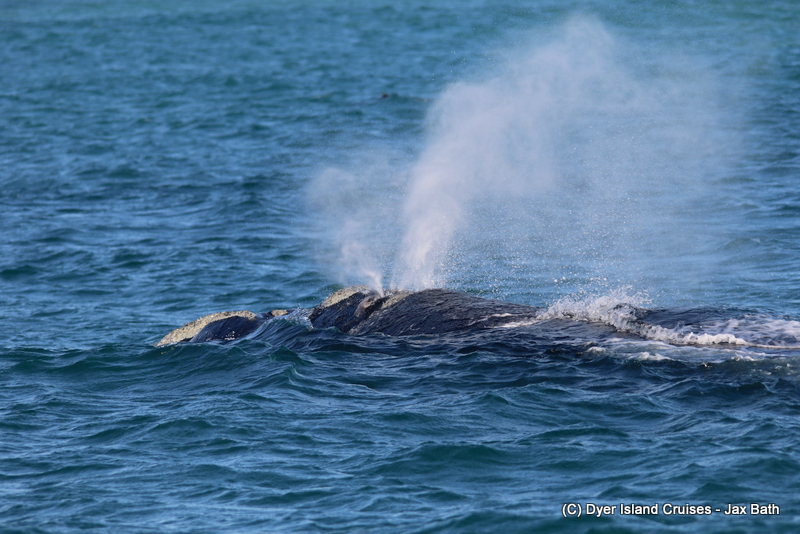 Here you can see the blow coming out of the two blowholes. 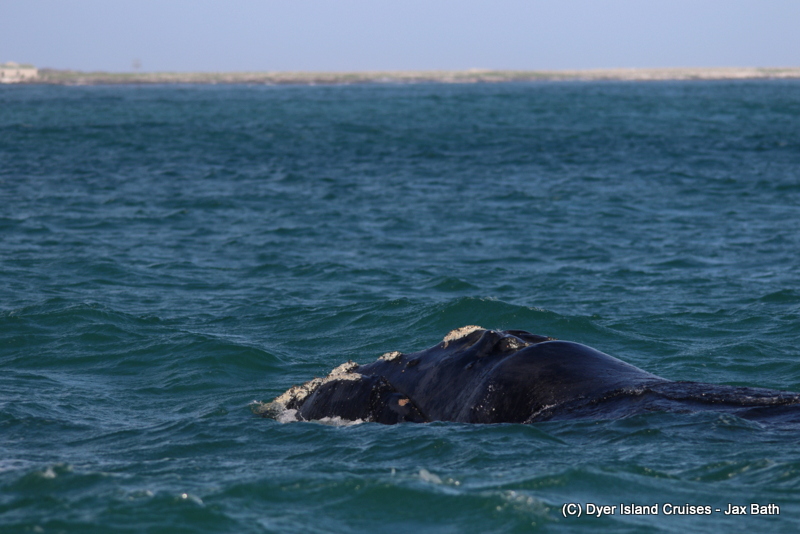 The whales were travelling towards Dyer Island when we found them.

A close look at the face of a Southern Right Whale. 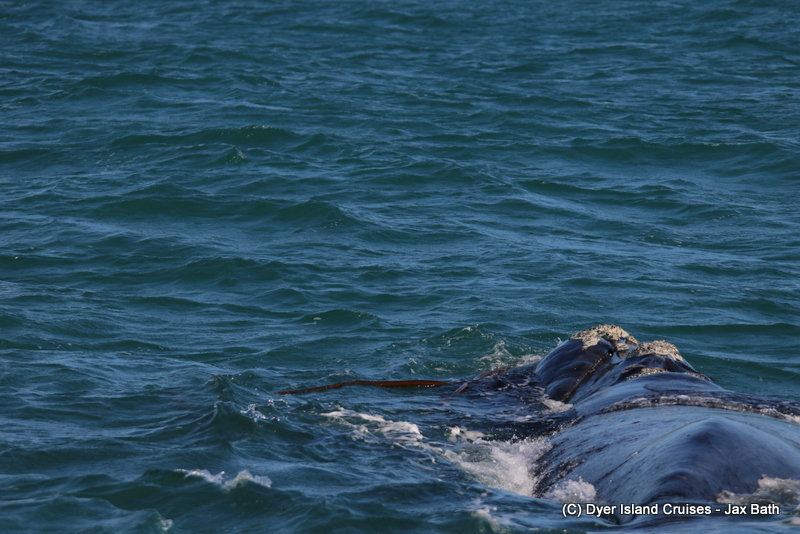 This whale went off to play with some kelp. 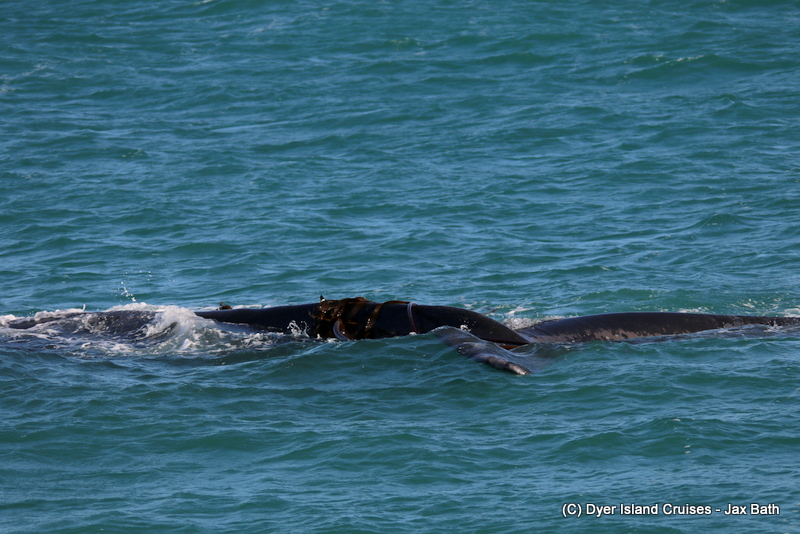 Can you see the kelp on the tail? 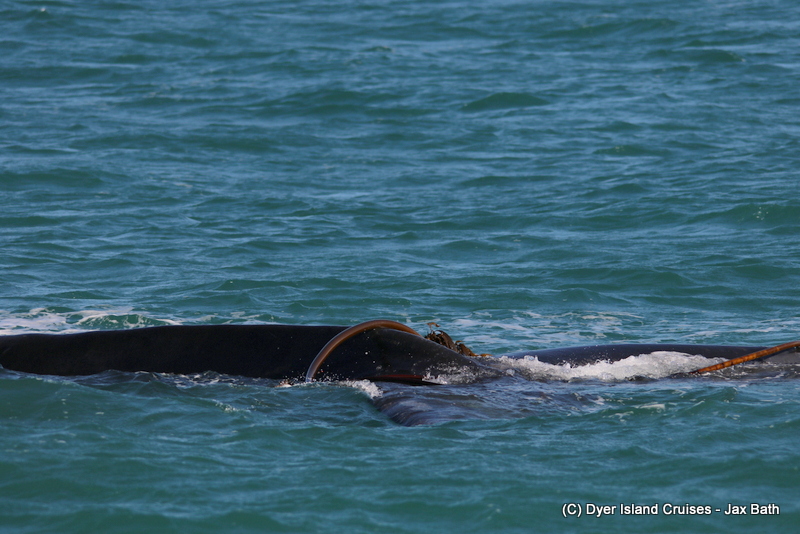 Whales love to play with kelp. 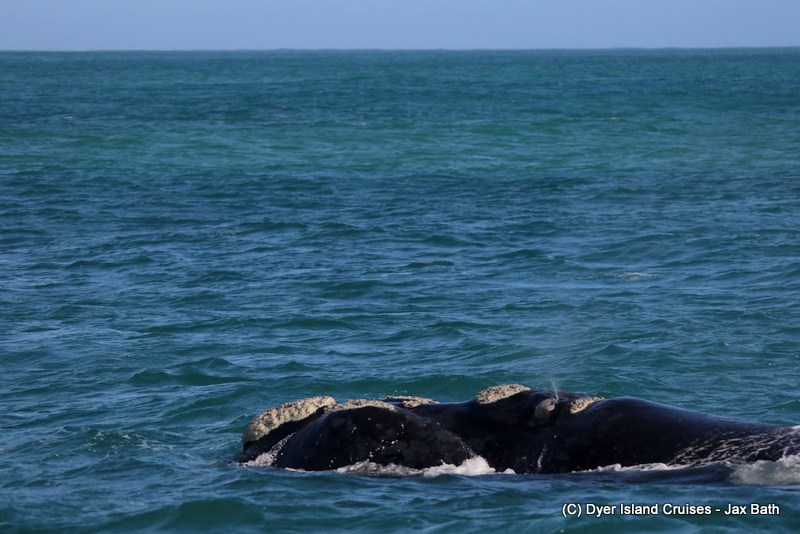 We traveled along with these whales for a while. 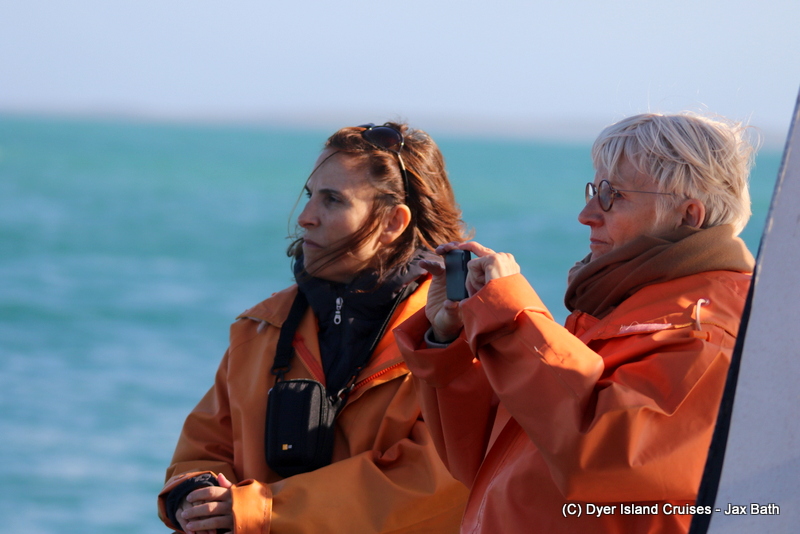 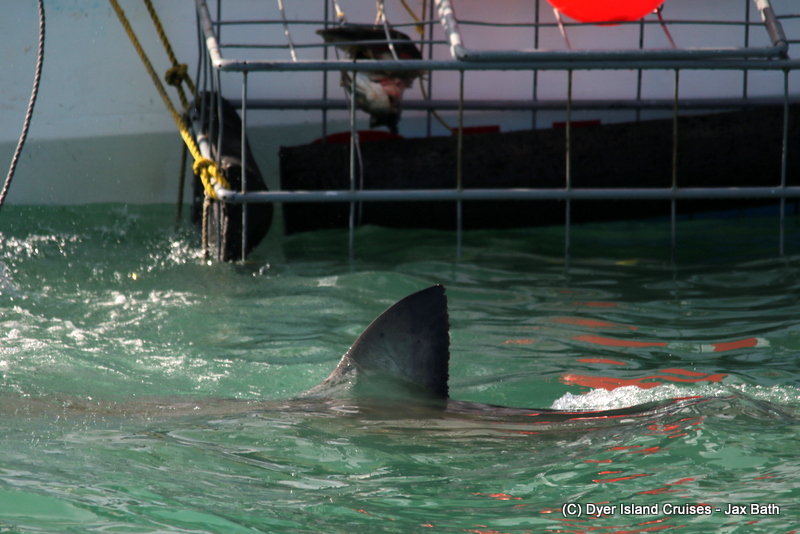 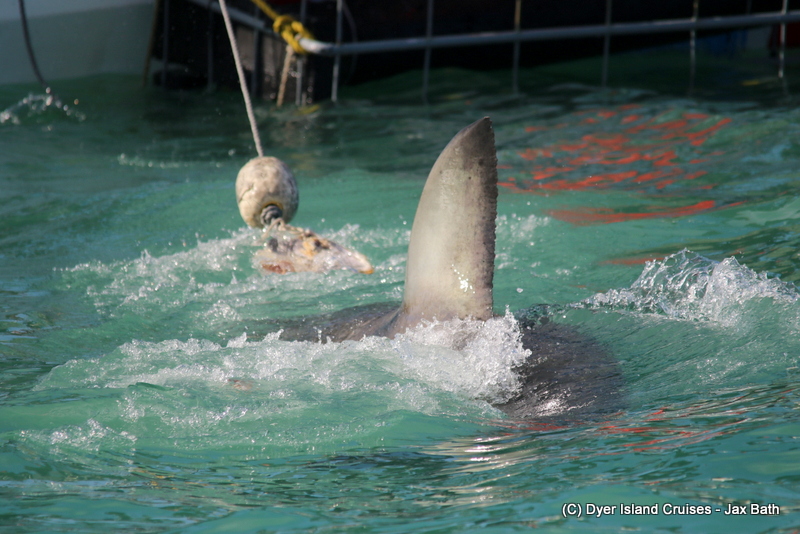 This shark was super active, coming in to investigate again and again. 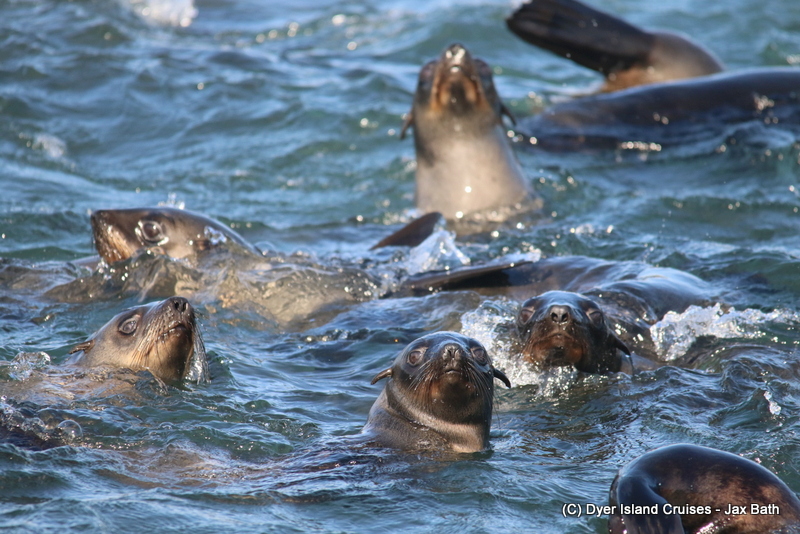 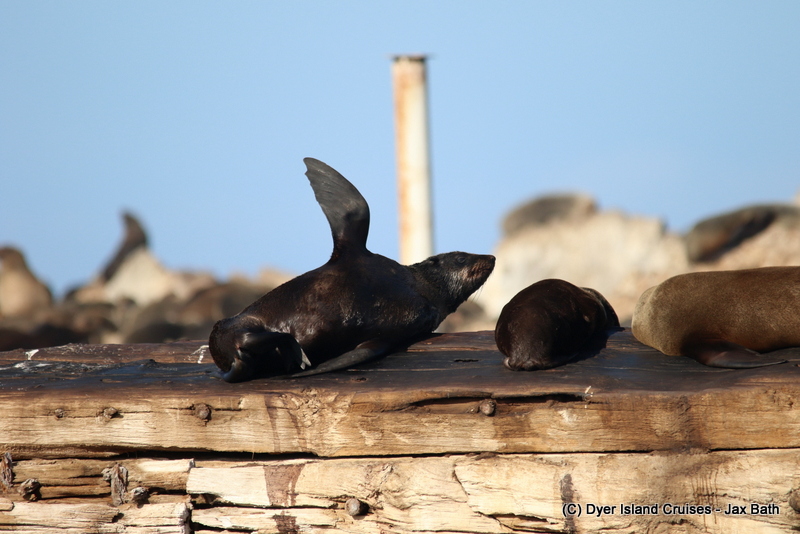 Thermo regulation on the Prince Port. 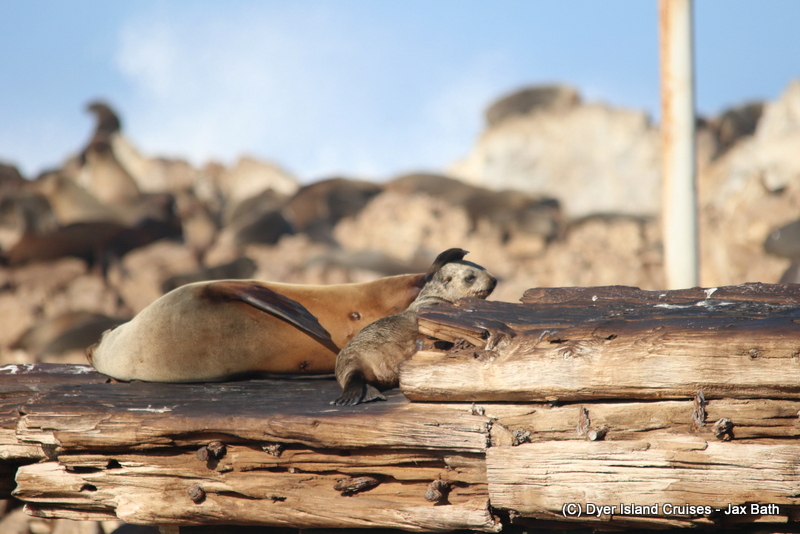 A curious pup watching from under moms flippers. 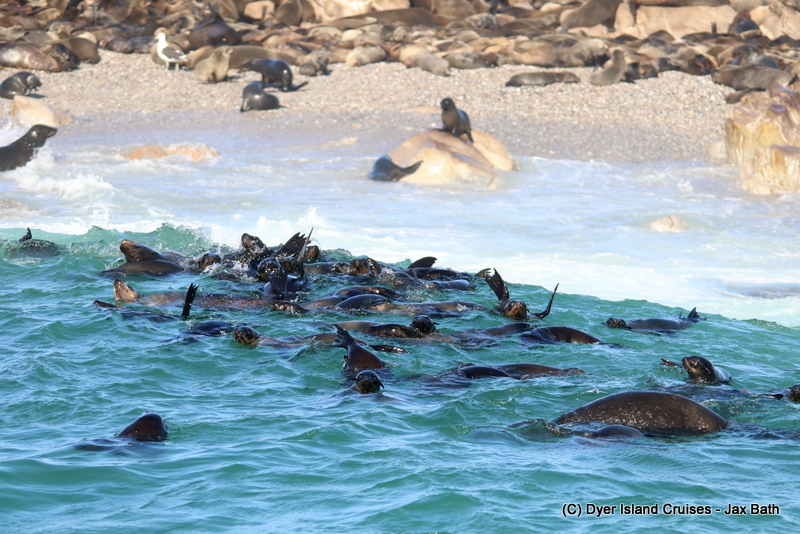 Seals in the surf. 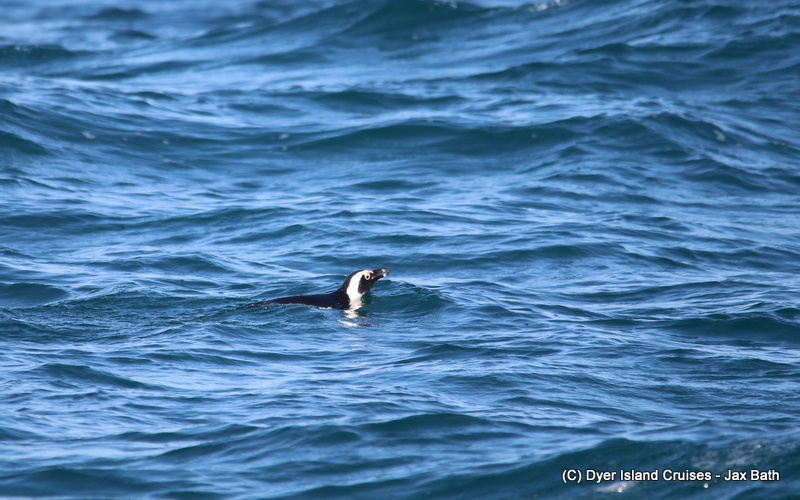 A little African Penguin we found in front of the island.