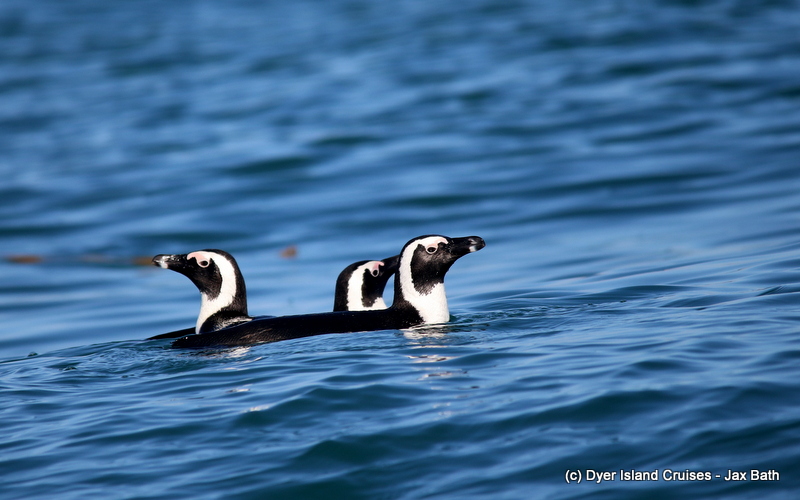 We could not have asked for a better day on the water, with 4 of the Marine Big 5 on our first tour and all 5 on the second, including two species of whale. The weather has also been playing along, with wonderful conditions greeting us as we set on the first tour of the day.

We started this tour by hugging the coast and making our way along towards The Clyde reef system, where we found a Cape Fur Seal trying to gulp down a small shark. She hadn’t gotten it into bite sized chunks just yet, so we spent some time watching her try to get it down. Surprisingly, this did not take all too long and after a few look at her after her meal, we made our way towards Dyer Island.

Here, we spotted a raft of around 5 African Penguins hanging around on the reef systems. They were super relaxed and came right up the boat, affording us some close views of Africa’s only endemic penguin species. We then made our way into Sponge Bay to spot some more penguins, at which point Kira also spotted the spout of a whale. We decided to follow suit and after much waiting and searching, we finally caught up with a Brydes Whale. This whale appeared to be on the move, perhaps heading out to go and feed, so we were quite thankful that we were able to catch up with this animal a few times before it took a deeper dive.

Our next stop for this tour was our Cape Fur Seal colony, where we watched as 60 000 fur seals laid around and played. We then finished off our trip by watching a Bronze Whaler Shark investigate our sister company’s boat in the shallows.

Trip two was very lucky, spotting a Bronze Whaler and Calypso; The Humpback Dolphin as we were travelling along. We haven’t seen Calypso in about a month and so it was great to catch up with this old friend of ours and travel along with them. We also got to spot some African Penguins in the water and on the island before spotting a spout in the exact same spot as our first tour.

This time, however, hitting the Jackpot with a Brydes Whale and Humpback Whale sighting. Both whales were hanging out behind Dyer Island and we hope that this is the first of many Humpbacks for our 2019 season. Our daily finished off with a visit to our pinnipeds over at Geyser Rock before returning to port. 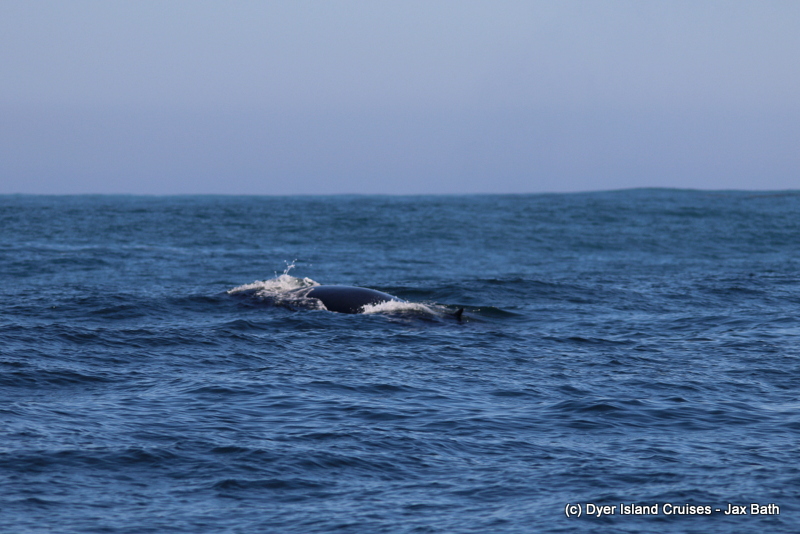 A Brydes Whale we found just behind the island. 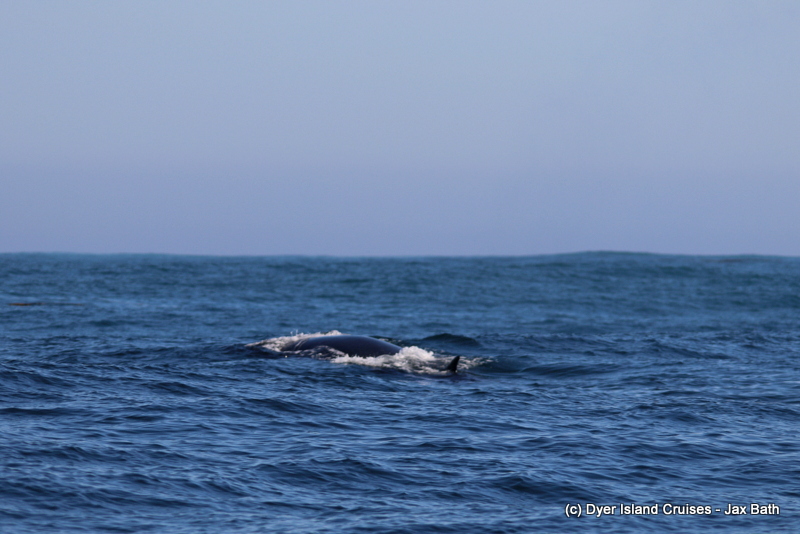 After lots of searching on both tours, we got a few good views of the whales! 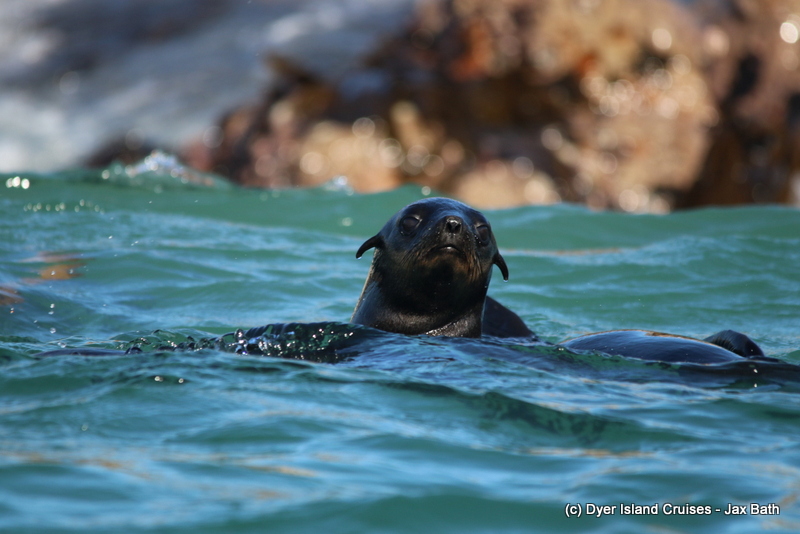 A pup letting his curiosity get the better of him.

Beautiful African Penguins on our first tour of the day. 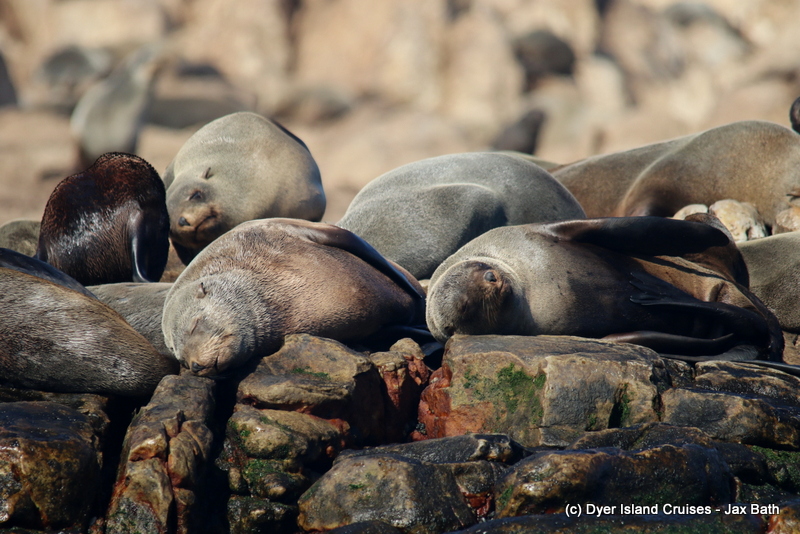 having a lovely nap. 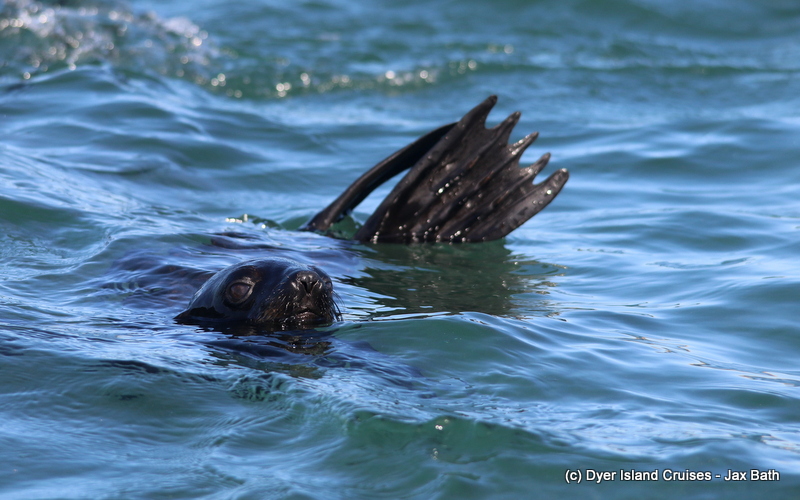 A little pup with his flippers out the water, these babies are growing quickly, but they’re still too cute for words. 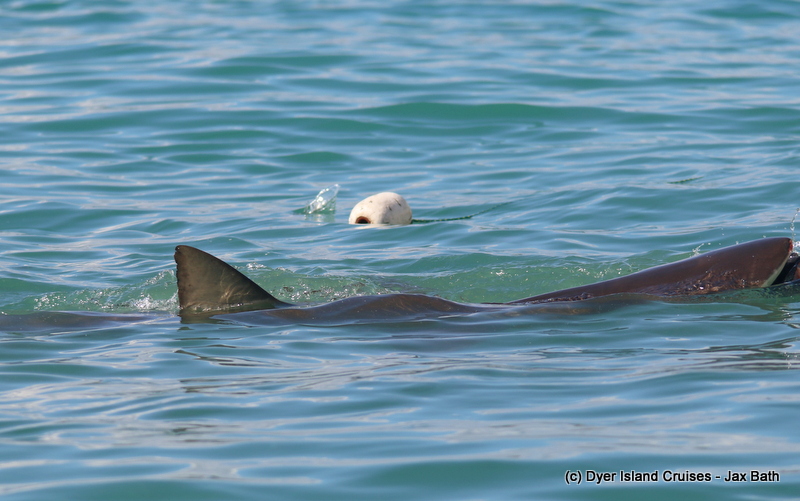 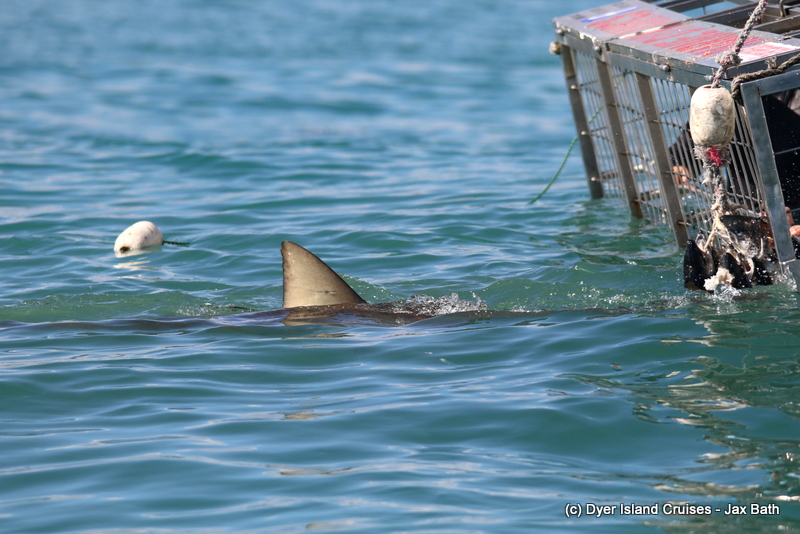 You can see how these animals get their name, with their golden skin. 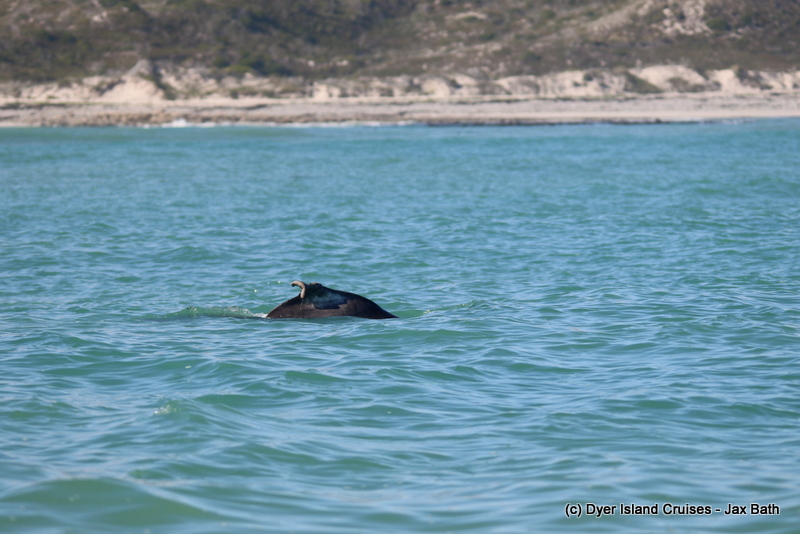 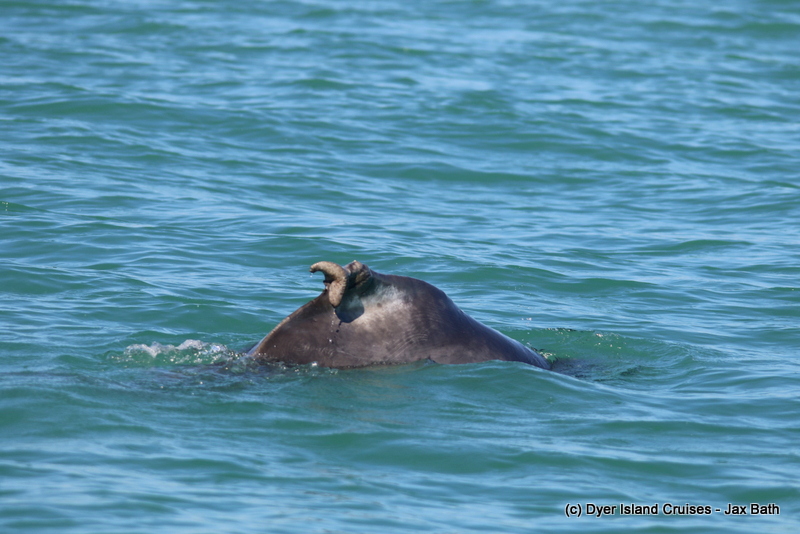 Calypso is very distinctive with is damaged dorsal fin. 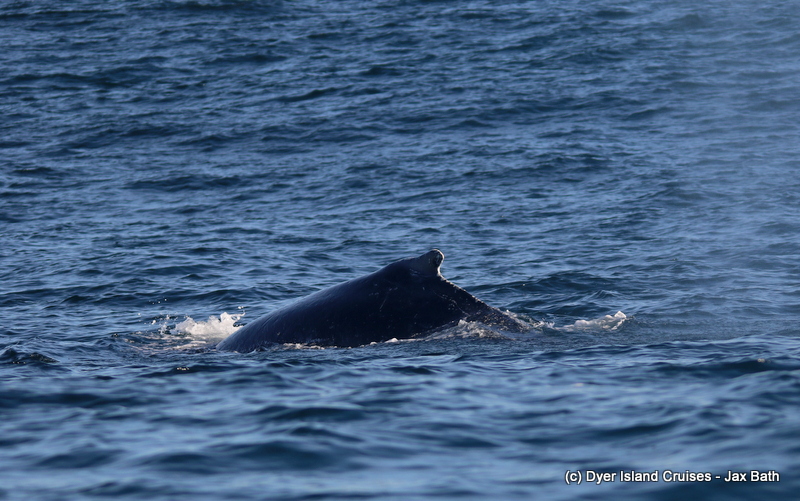 Very excited to have this Humpback Whale on trip 2. 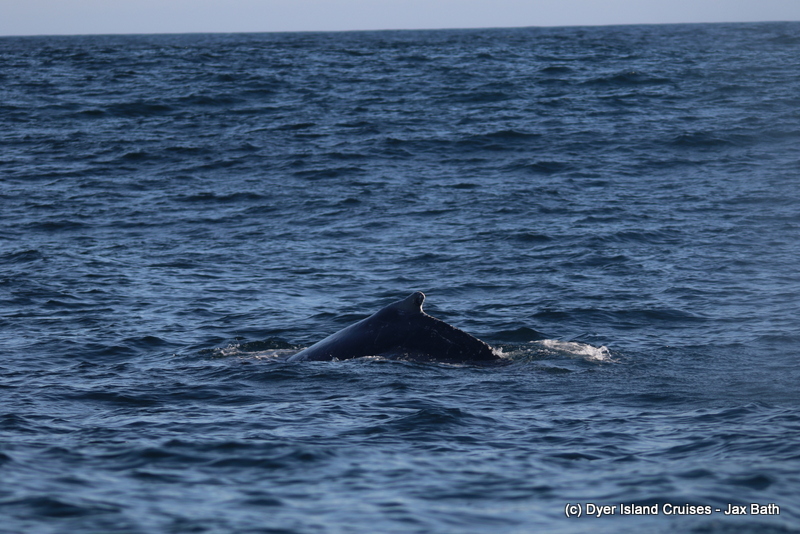 We got a few great looks at this beauty, who is most likely migrating to Mozambique or Madagascar. 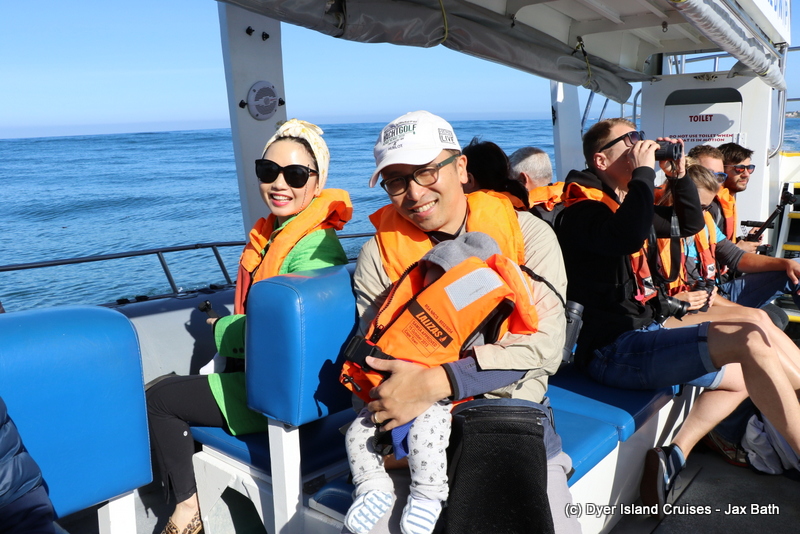 The little one having a snooze on a beautiful day. 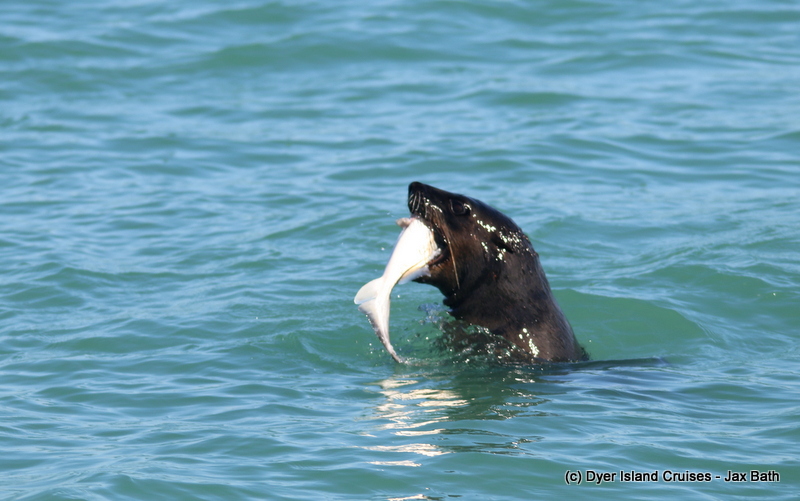 A seal eating what we believe to be a shark. 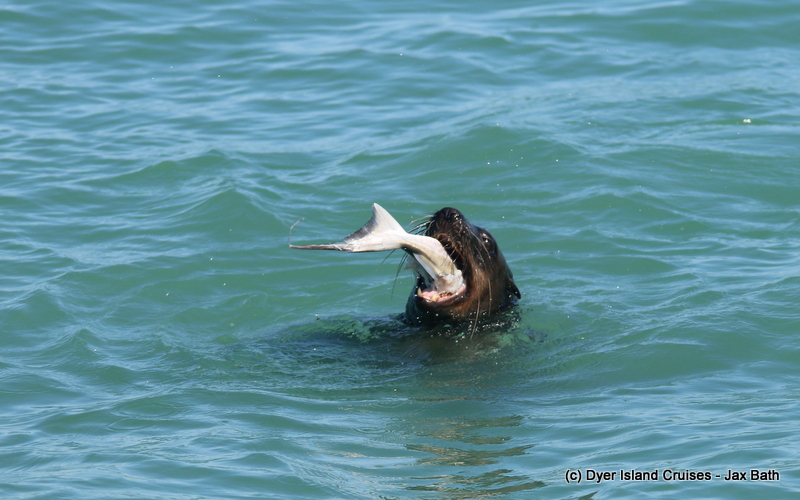 She tried to swallow it whole, which did not end well. 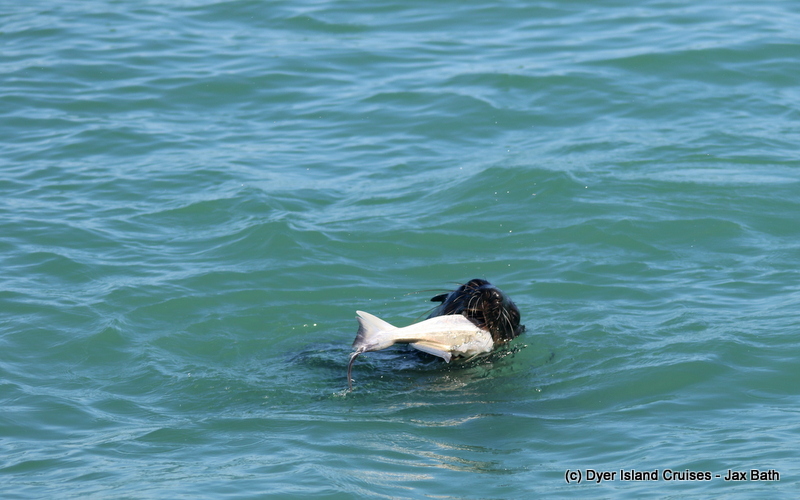 It’s always fun to catch them eating, because they cannot grasp and must throw their food around.