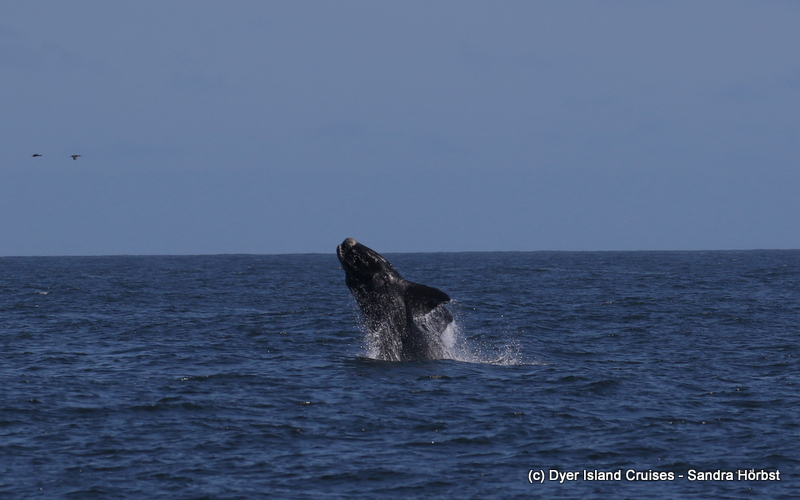 After a long week on land we were finally back on the water. Not knowing where we going to find whales, we slowly made our way along the coast towards Pearly Beach where we had a lot of sightings this year. And it didn’t take long till we spotted the first Southern Right whales. We stayed with the mother and her calf for a while, till we saw a big splash behind us. It was another Southern Right whale breaching twice. We carefully approached her and the calf and observed them coming up frequently to the surface. But the luck was on our side today and just before we reached Geyser Rock, we spotted some more splashes and Southern Right whales breaching further behind the island. This time it was the mother and her calf alternately breaching. Once they were done showing off we made our way closer to the Cape Fur seal colony and had some better looks at the endangered African penguins on Dyer Island. 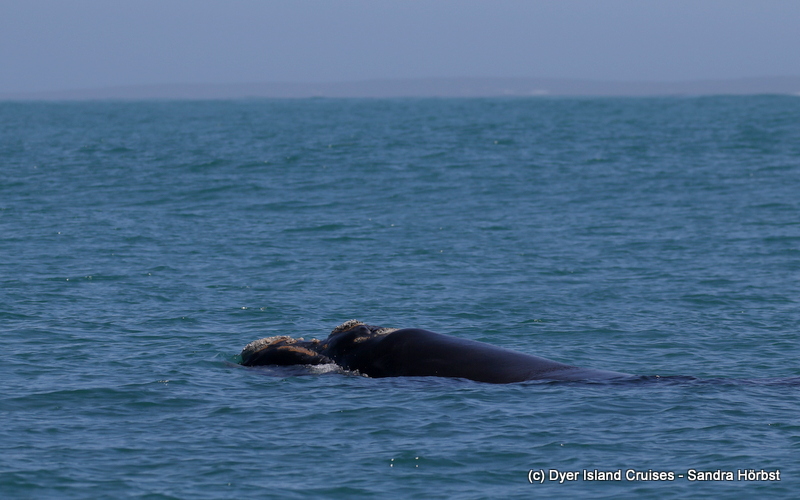 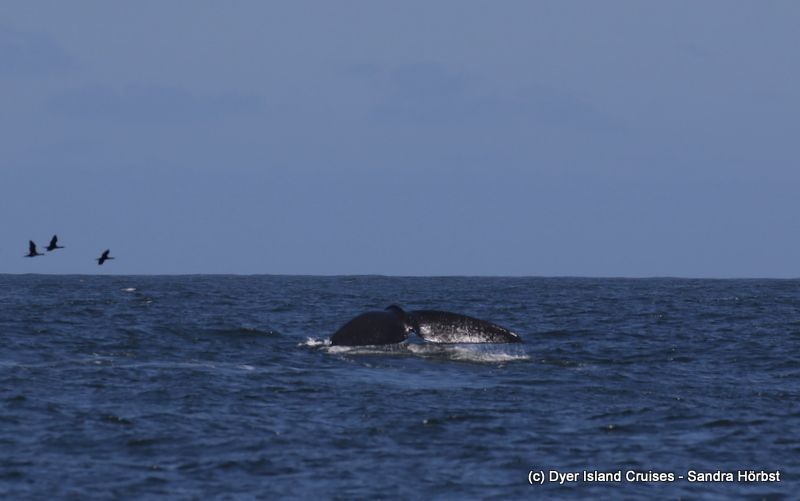 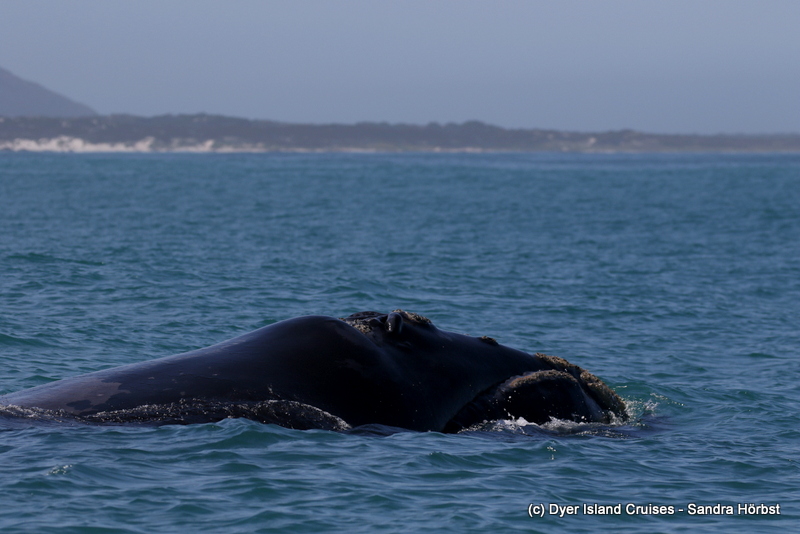 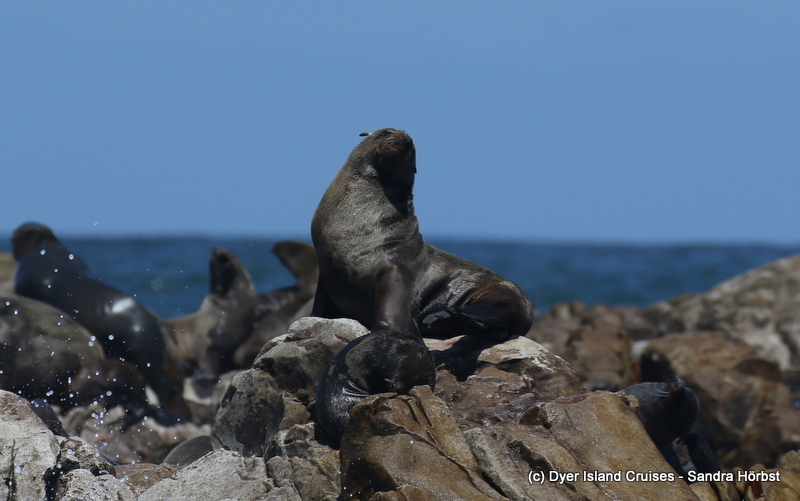 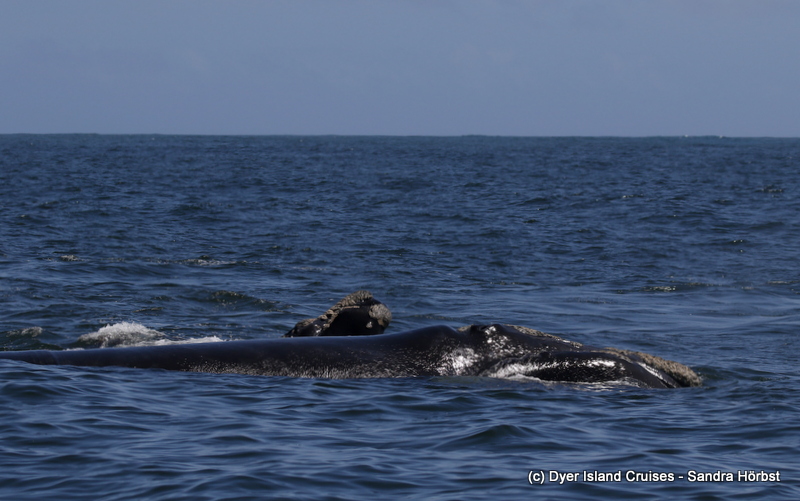 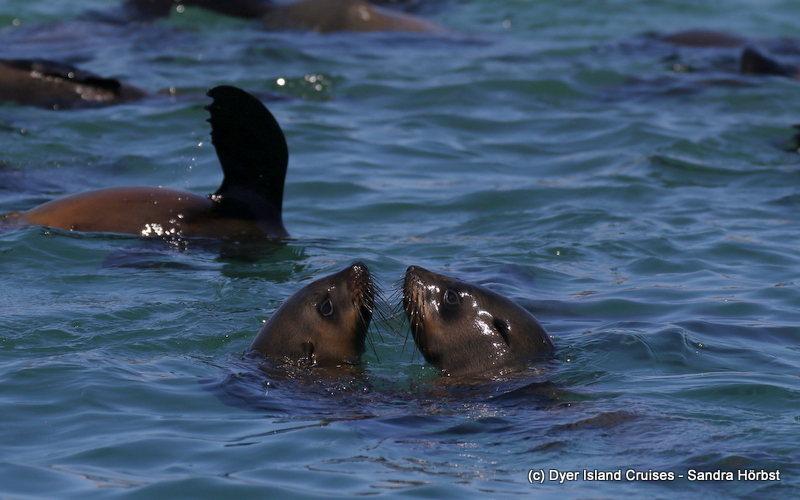 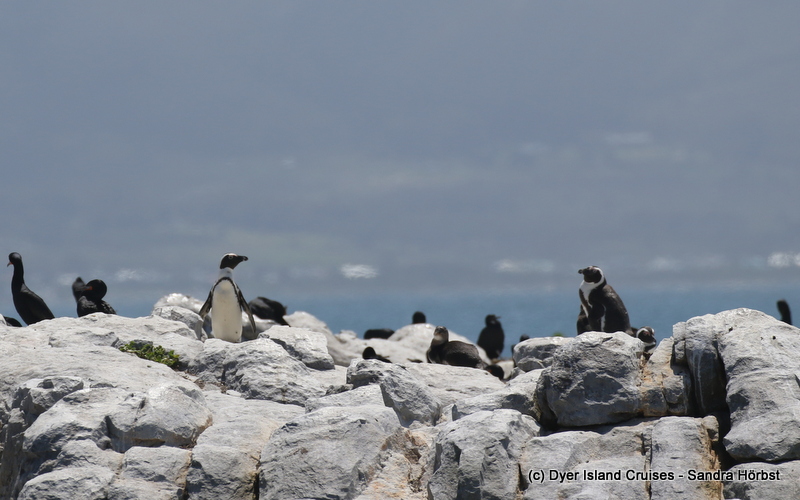