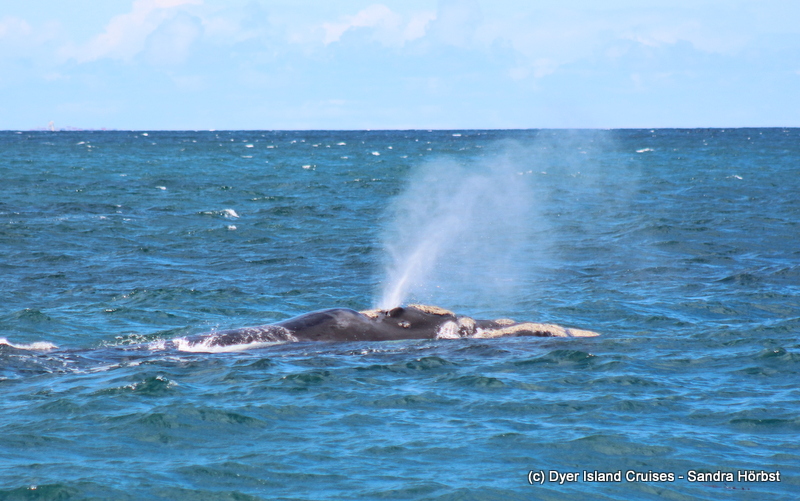 Once again, we have been lucky to find a Southern Right whale cow-calf pair in Pearly Beach. After leaving the harbour in Kleinbaai we were slowly cruising along the coast in a south east direction towards Pearly Beach. But just before we got there, we spotted a seal that caught itself a meal, throwing some prey through the air to rip off pieces. The two whales we encountered came up several times to take a breath and were slowly moving from the shallow water close to the shore into the deeper ocean. While observing the whales we also spotted a juvenile African penguin popping its head out of the water and floating in the small waves that were created by todays wind. At the Cape Fur seal colony, we had an up-close encounter with these marine mammals and witnessed the first seal pups for this season. 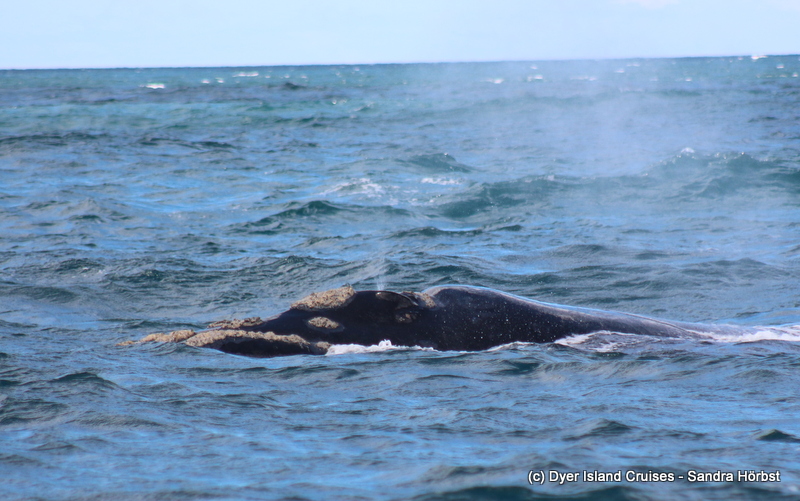 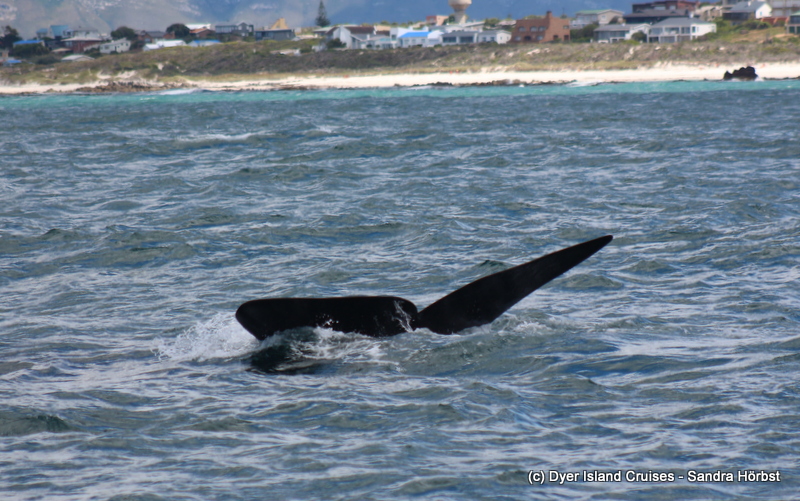 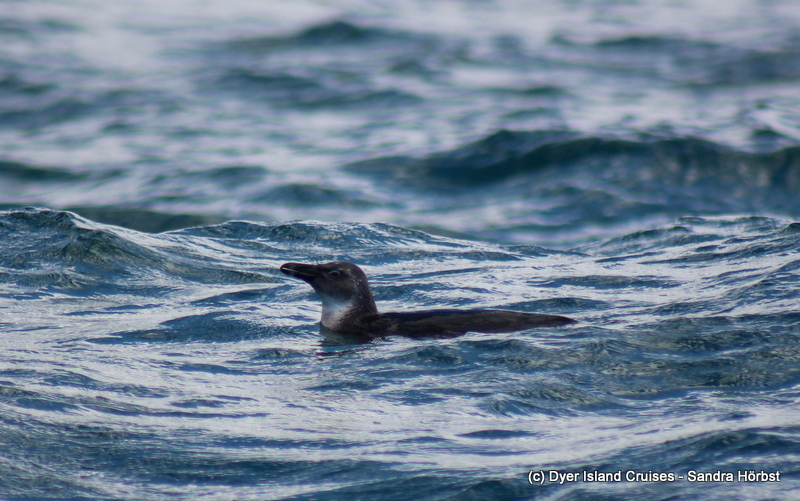 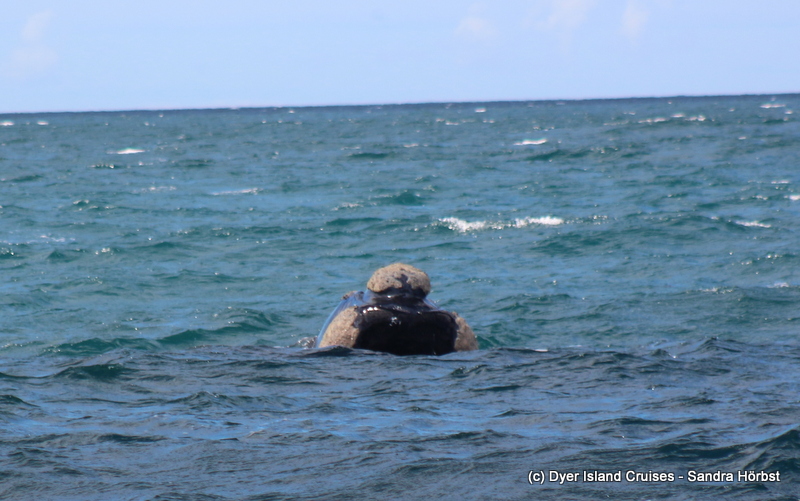 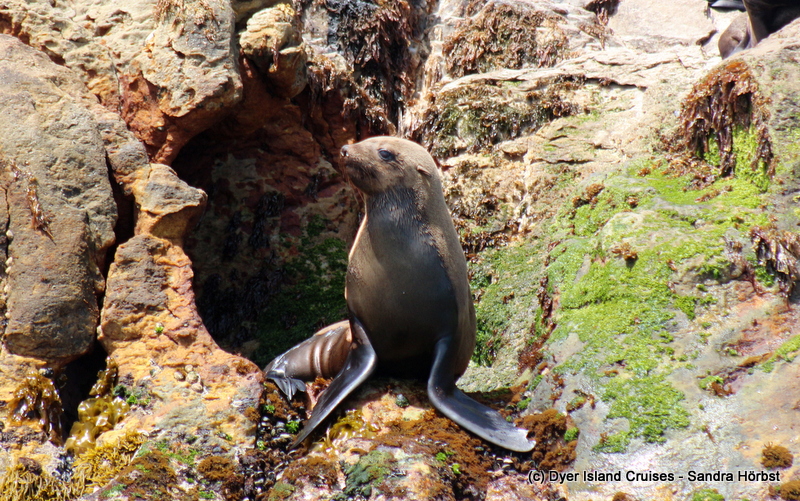 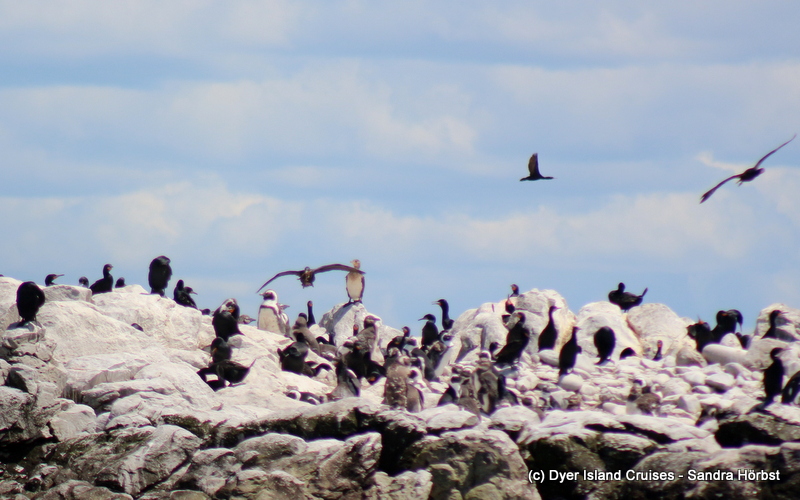 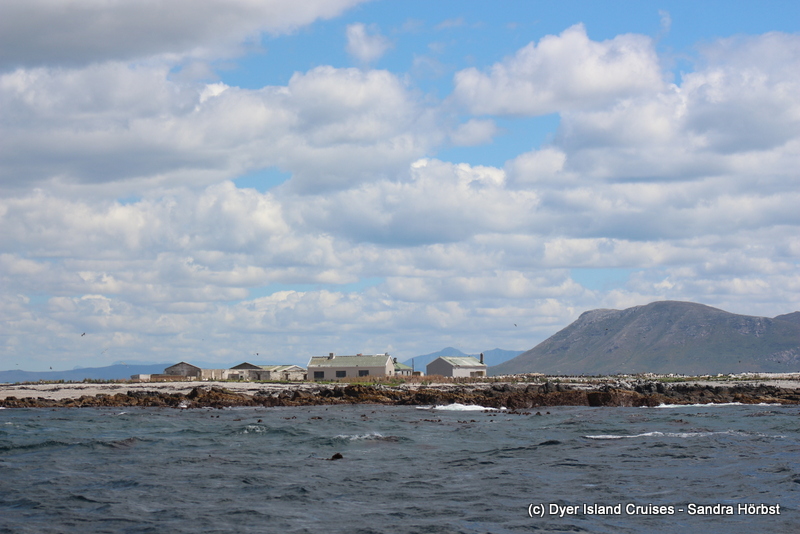 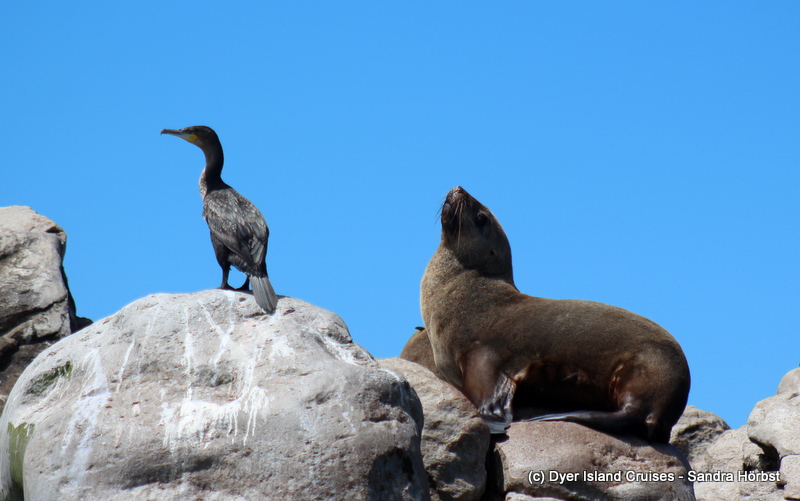