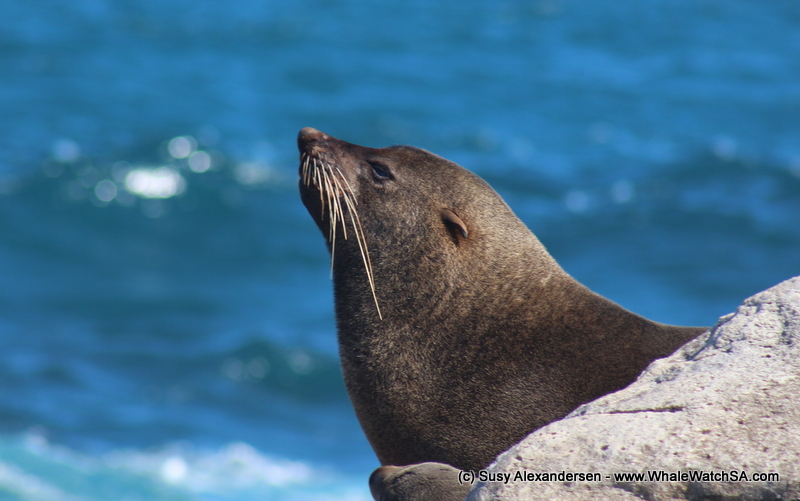 After a few days on land due to some stormy weather we had the most beautiful Sunday at sea, with no swell and lots of sunshine. We had two tours launching from Kleinbaai harbour and were lucky to find Southern Right whales in the Pearly Beach area.

After about a fifteen-minute drive we crossed a reef system stretching from the coast to Dyer Island and were heading towards the town Pearly Beach. Not long after that our spotter already saw a blow further ahead of our vessel, we immediately slowed down and approached the whales respectfully. We spend some time with a mother and her young before heading to Dyer Island itself and passing a second pair of whales.

On our second tour we spotted the whales close to the reef system we crossed in the morning. The mother and her young were very relaxed around our vessel. before moving off to see the Cape Fur seals the calf waved us goodbye with its paddle shaped flipper.

As usual plenty of Cape Fur seals were playing in the waters of Shark Alley and even more sleeping on Geyser Rock. Closer to Dyer Island we spotted plenty of Cape cormorants as well as a few African penguins. After a great day at sea we were heading back to the harbour and are looking forward to head out again soon. 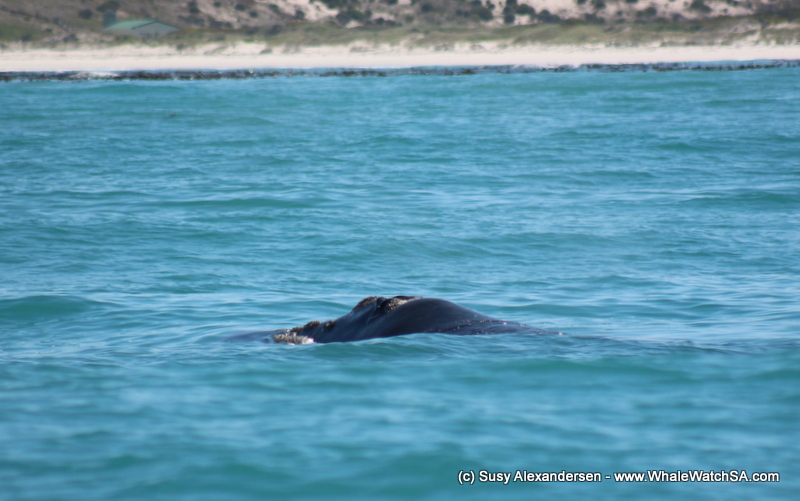 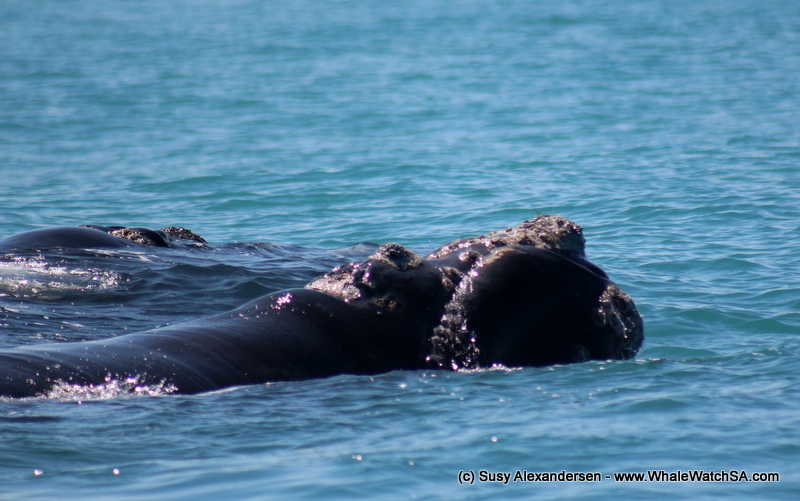 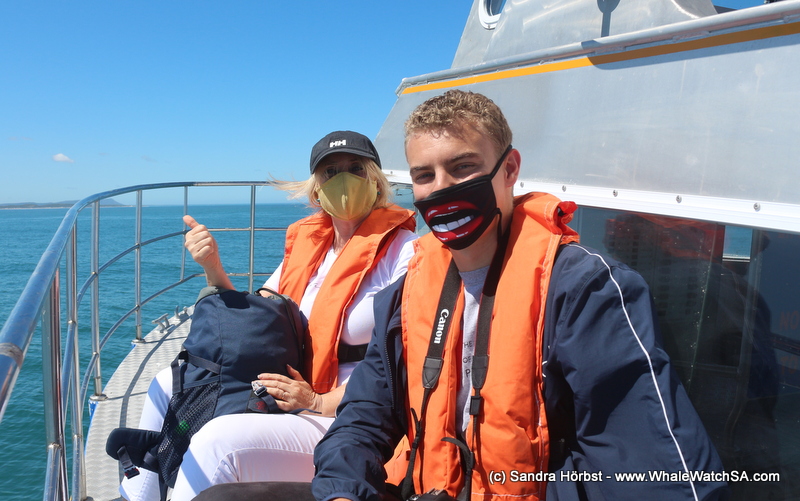 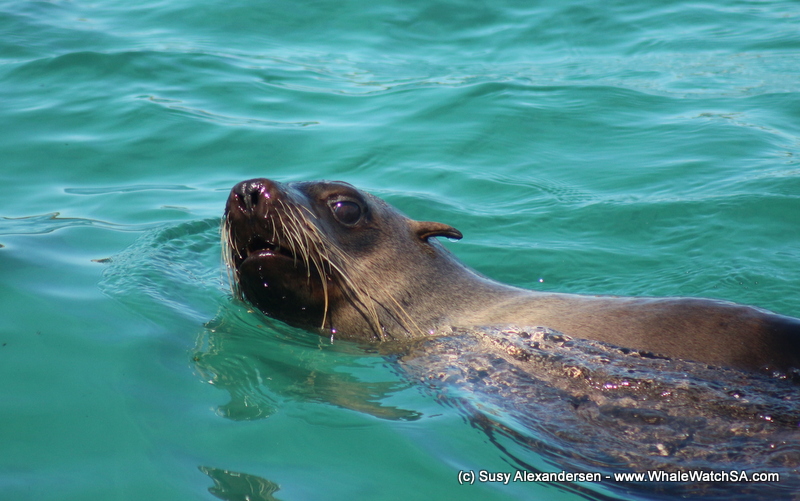 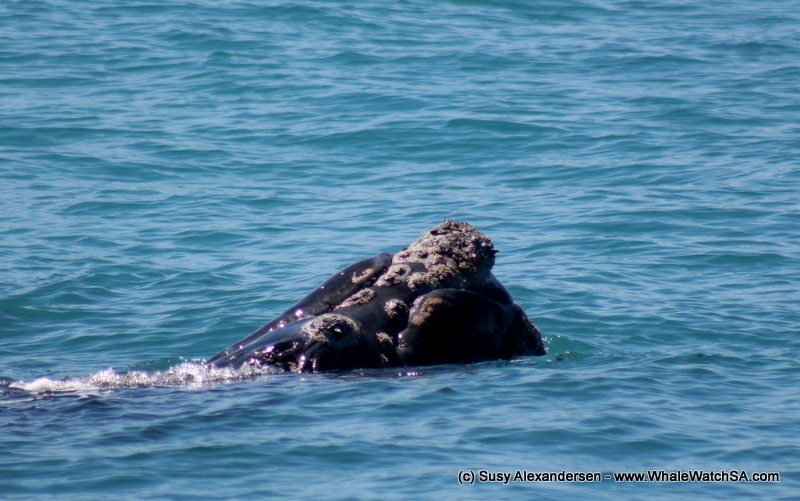 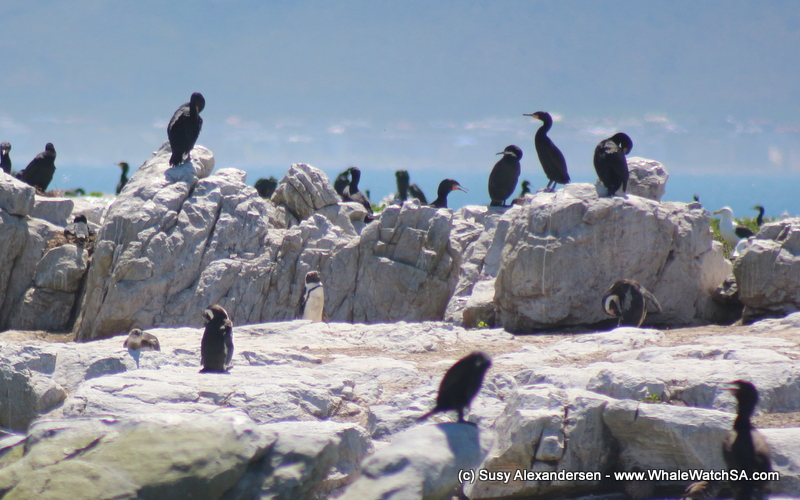 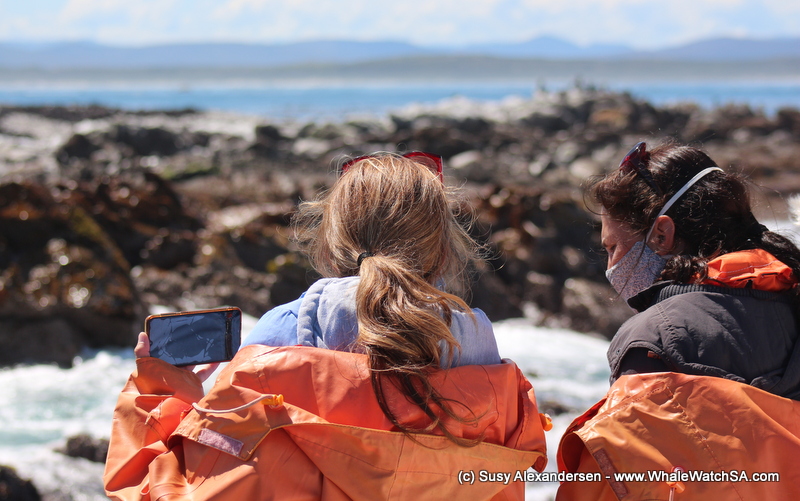 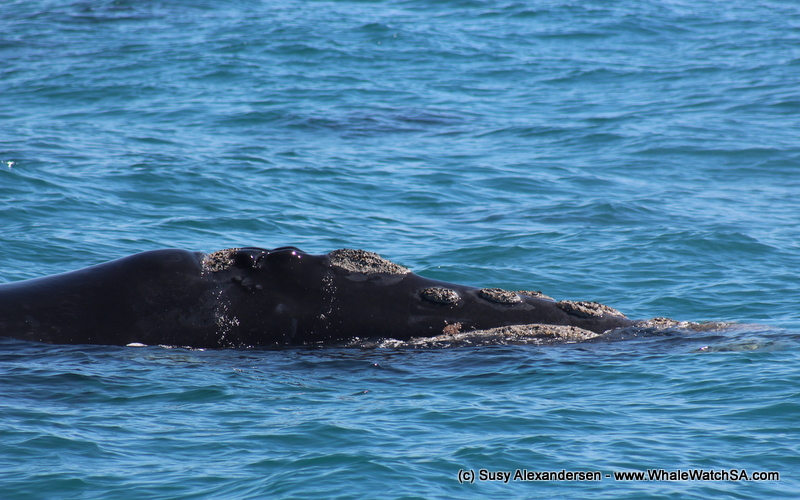 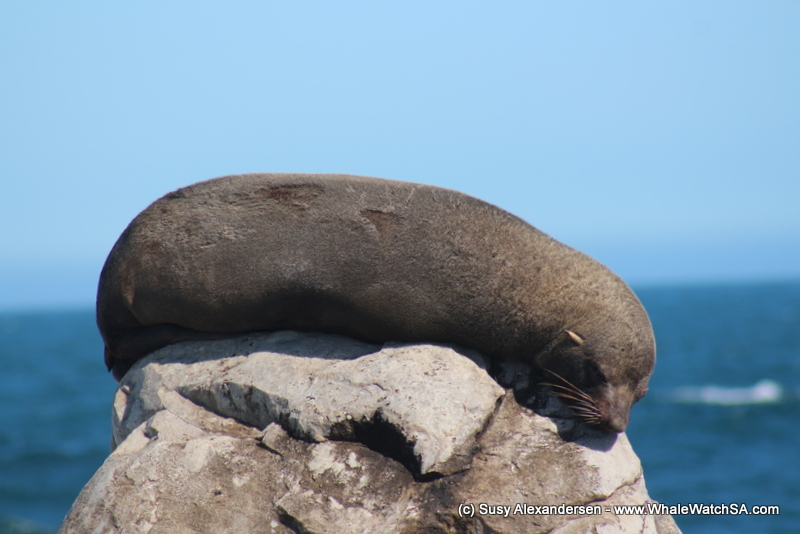 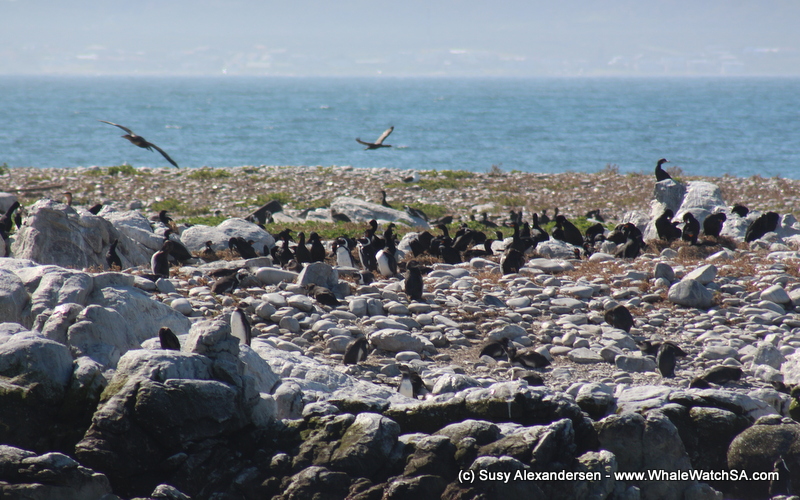